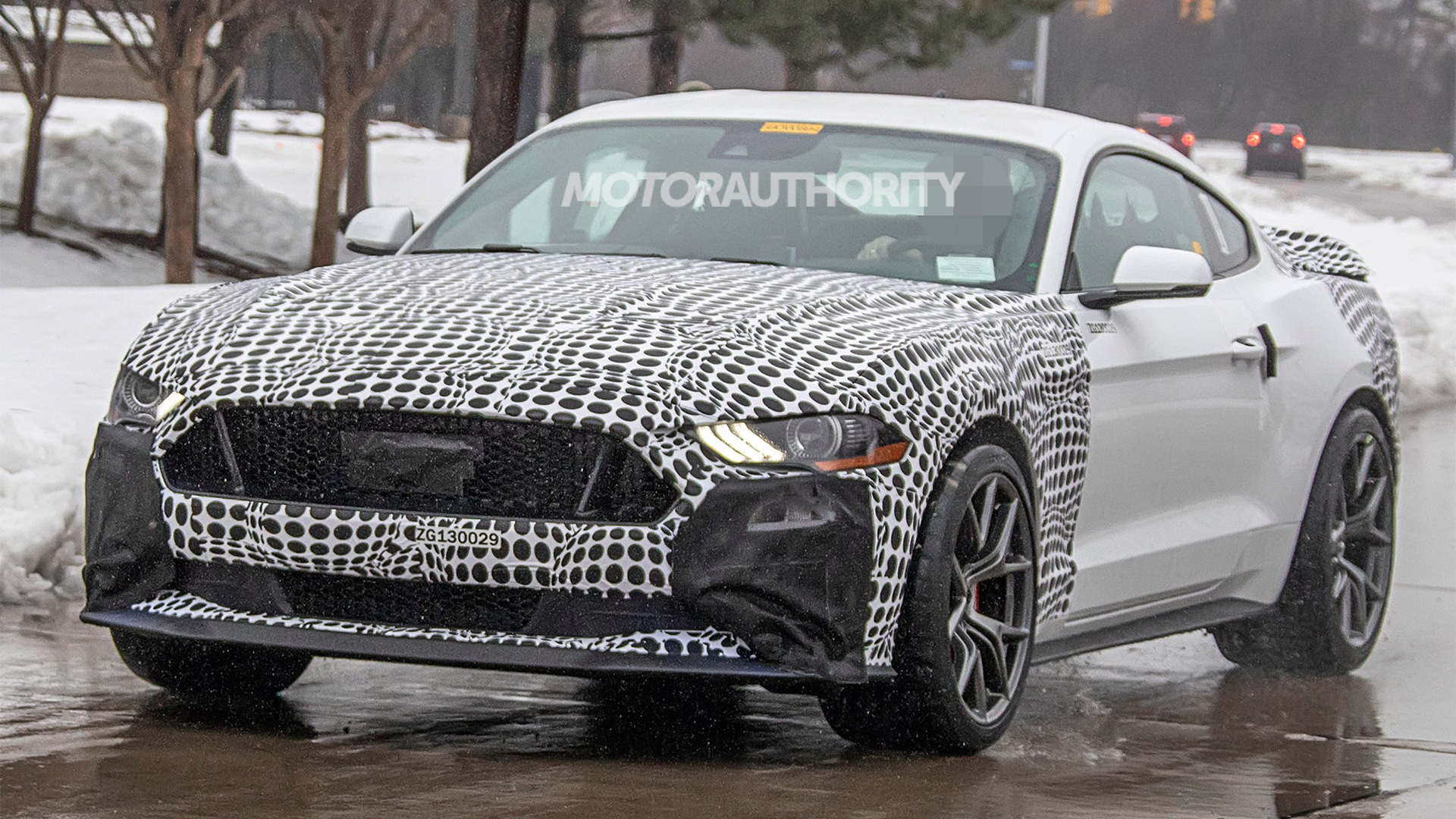 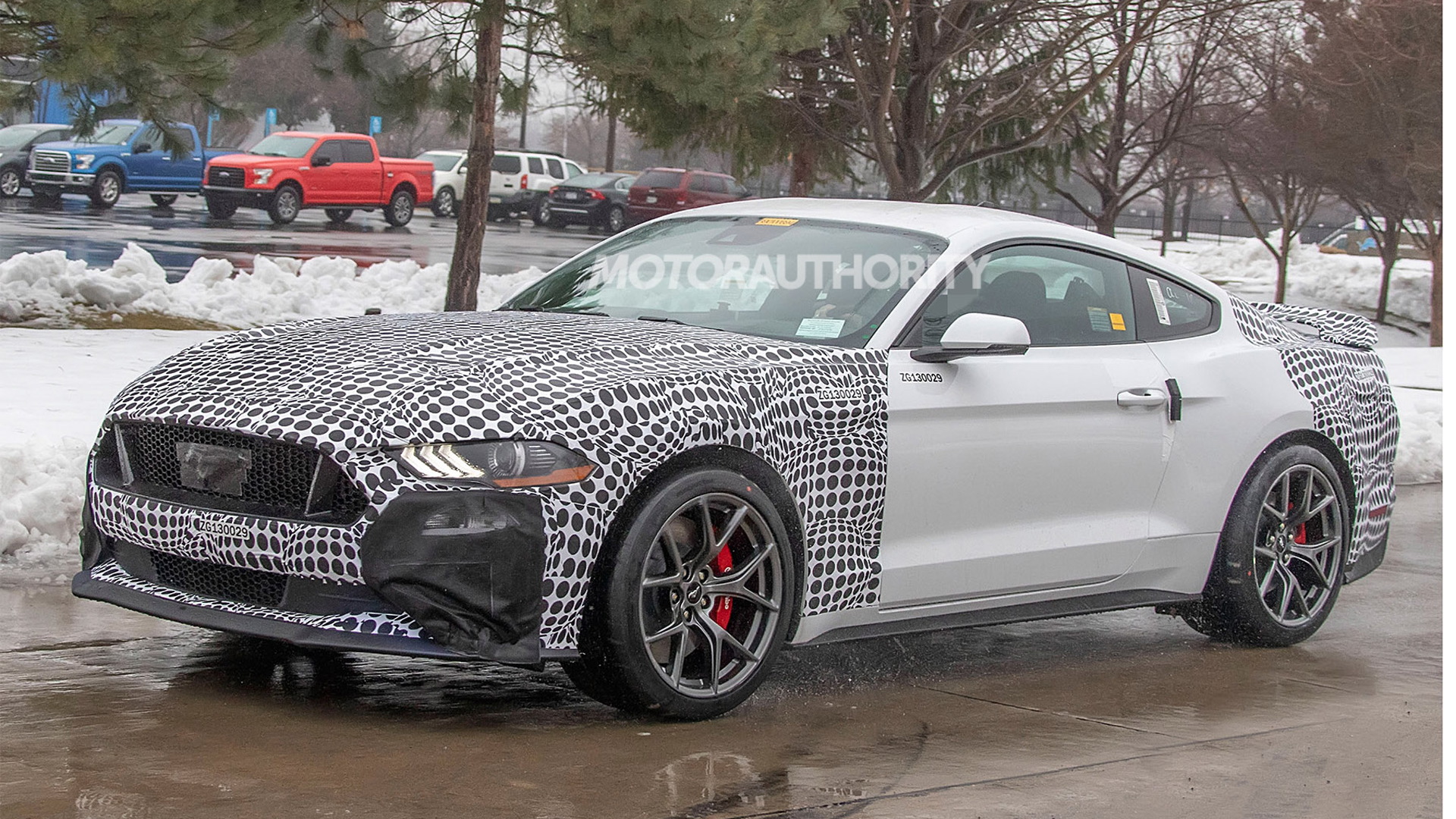 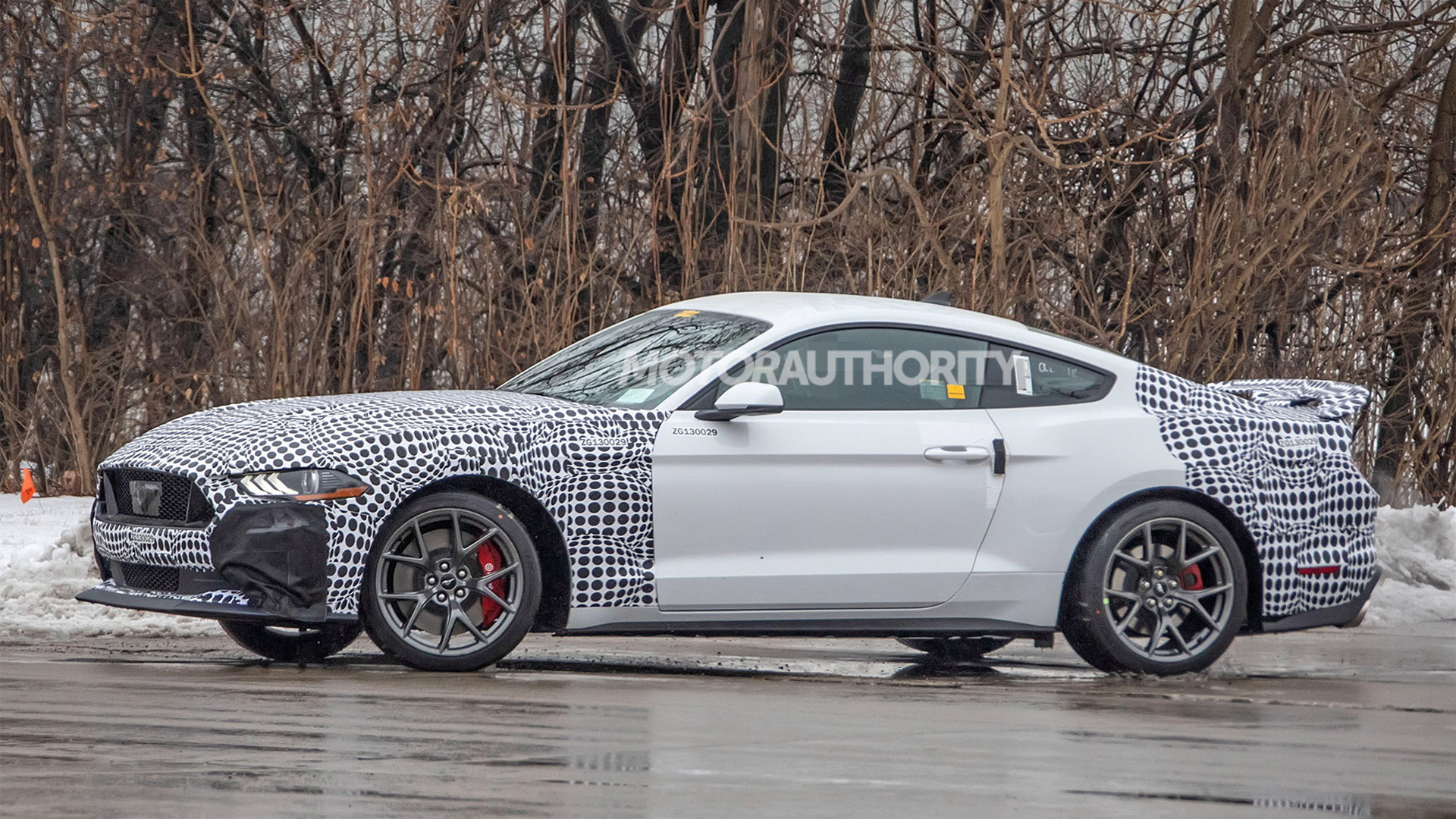 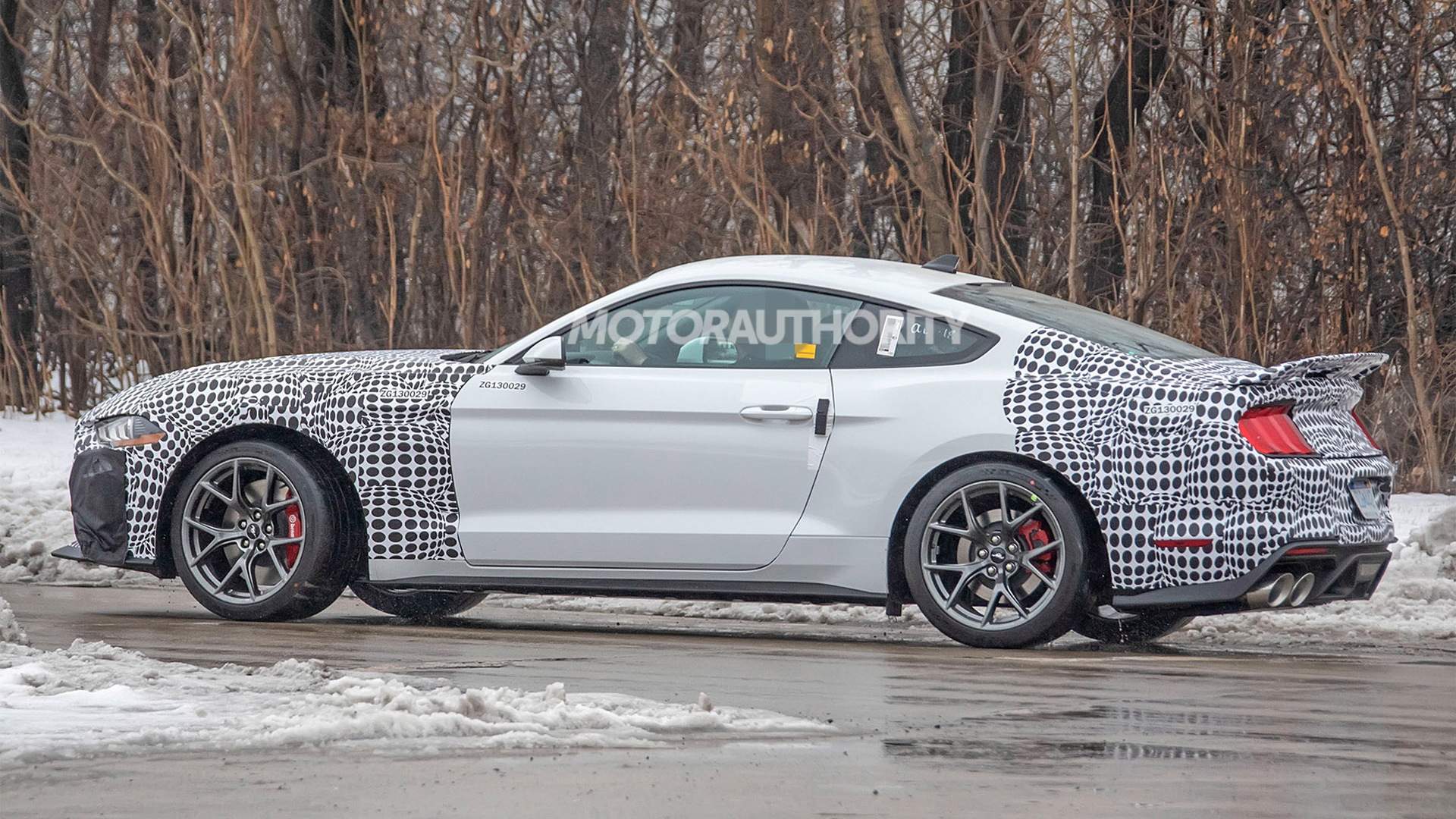 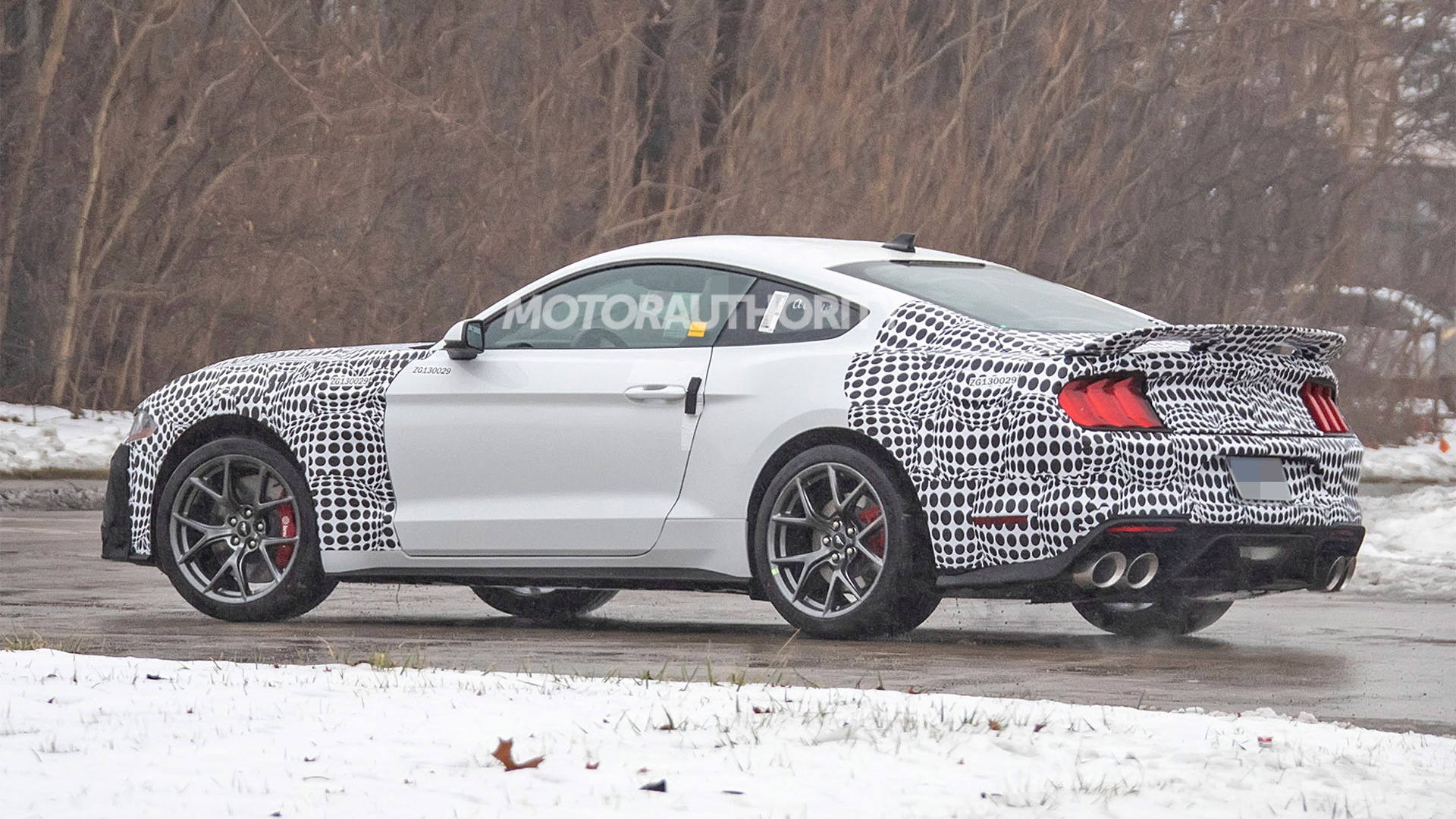 The Ford Mustang Bullitt bows out after 2020 and word on the street is the void will be filled by a new Mustang model reviving a classic name: Mach 1.

A prototype for a new Mustang model was recently spotted sporting a new front fascia, chunky exhaust tips, and a new rear aerodynamics package with a unique wing and diffuser combo.

The prototype also sported an uprated wheel and tire package, with the latter looking like a set of sticky Michelin Pilot Sport tires. There's also no missing the car's Brembo brake package.

According to our photographer, the prototype's engine made the distinct sound of a V-8, with the unit most likely being a version of Ford's ubiquitous 5.0-liter mill. The Mustang Bullitt makes 480 horsepower from its 5.0-liter V-8 and a similar number should feature in its replacement. 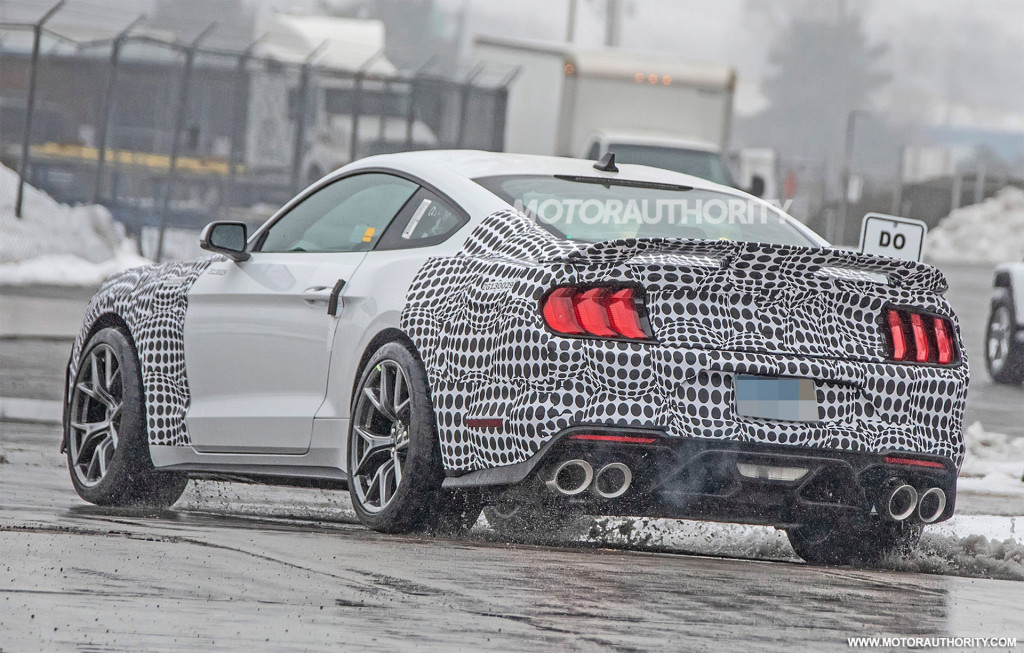 But will the car be called a Mustang Mach 1? The jury's still out on that one.

Ford at one point planned to use the Mach 1 name for the Mustang Mach-E electric crossover SUV but fan backlash persuaded the automaker to change its plans. It's now rumored that the Mach 1 name will be reserved for a future muscle car, and a replacement for the Mustang Bullitt makes a lot of sense. An alternative could be for the planned Mustang Hybrid.

The Mach 1 name made its debut on the 1969 Mustang and continued through 1978. Ford then revived it for the 2003 and 2004 model years, with the name bringing a bump in power, as well as Brembo front brake rotors, Tokico gas shocks and struts, lower and stiffer springs, anti-lock brakes, comfort-weave-style leather upholstery, and a functional hood scoop.

Look for the new Mustang model, whatever it's called, to debut later this year as a 2021 model. Ford is also slated to introduce its Mustang Hybrid this year so there's a lot to look forward to for muscle car fans.