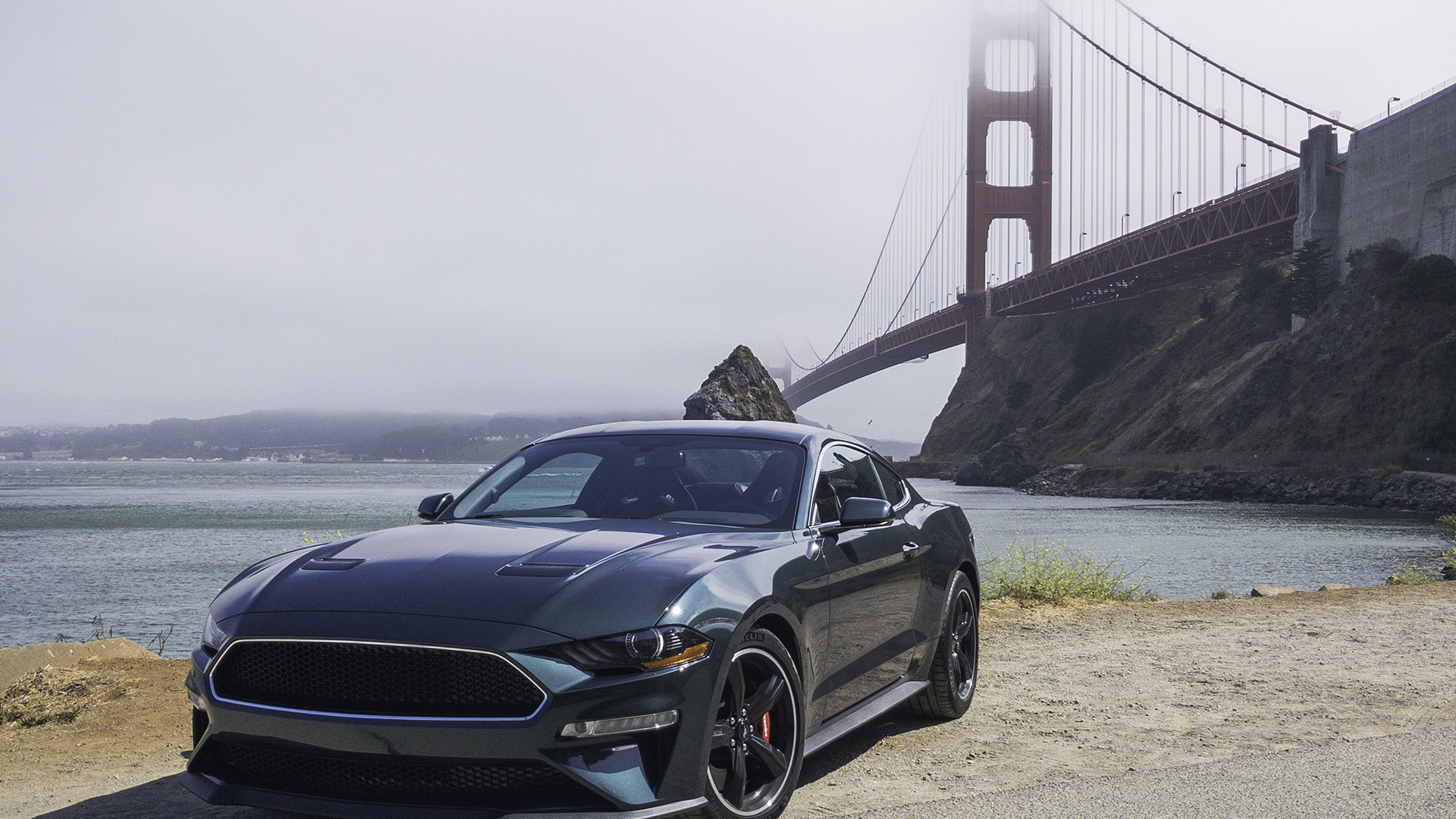 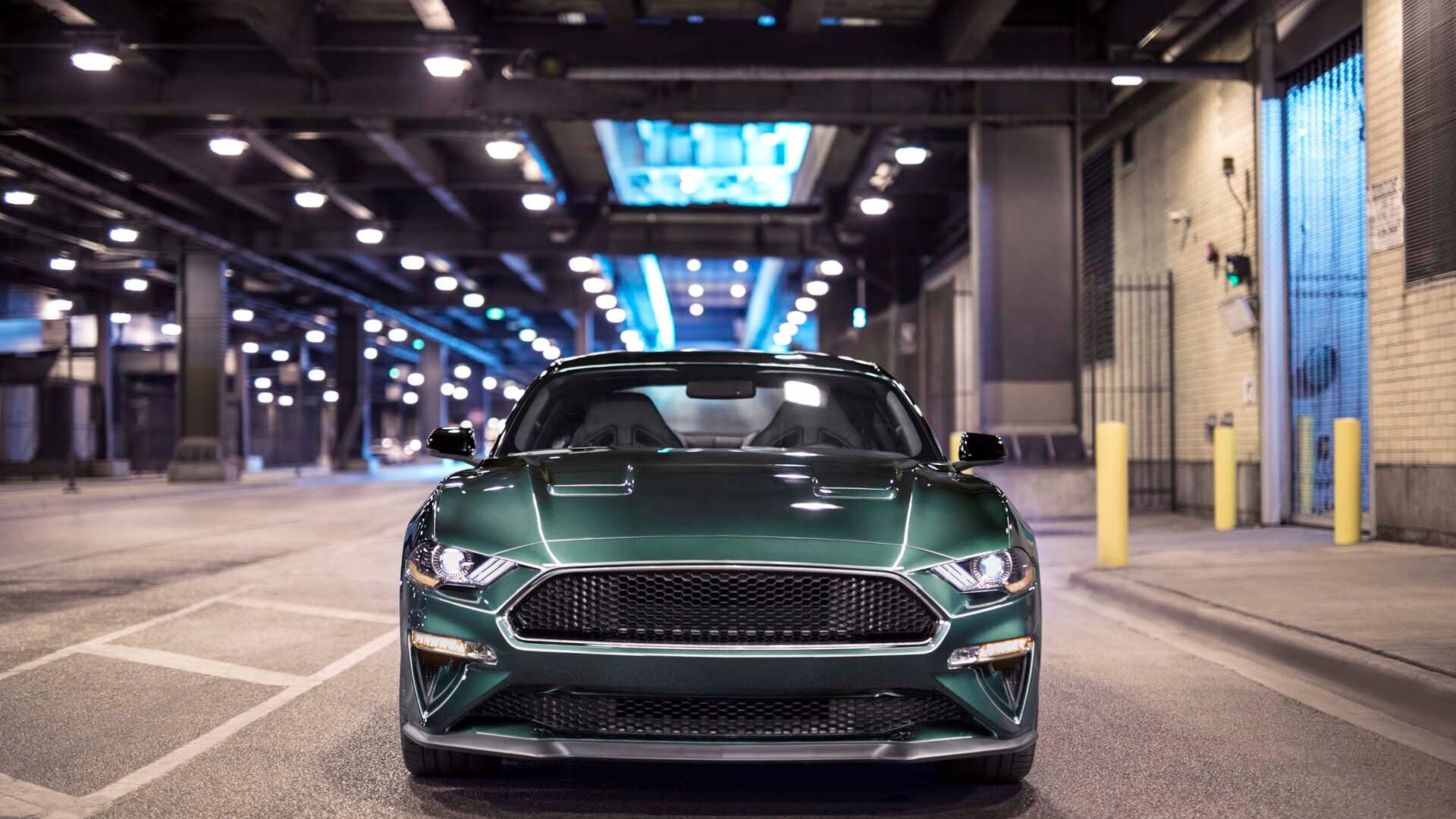 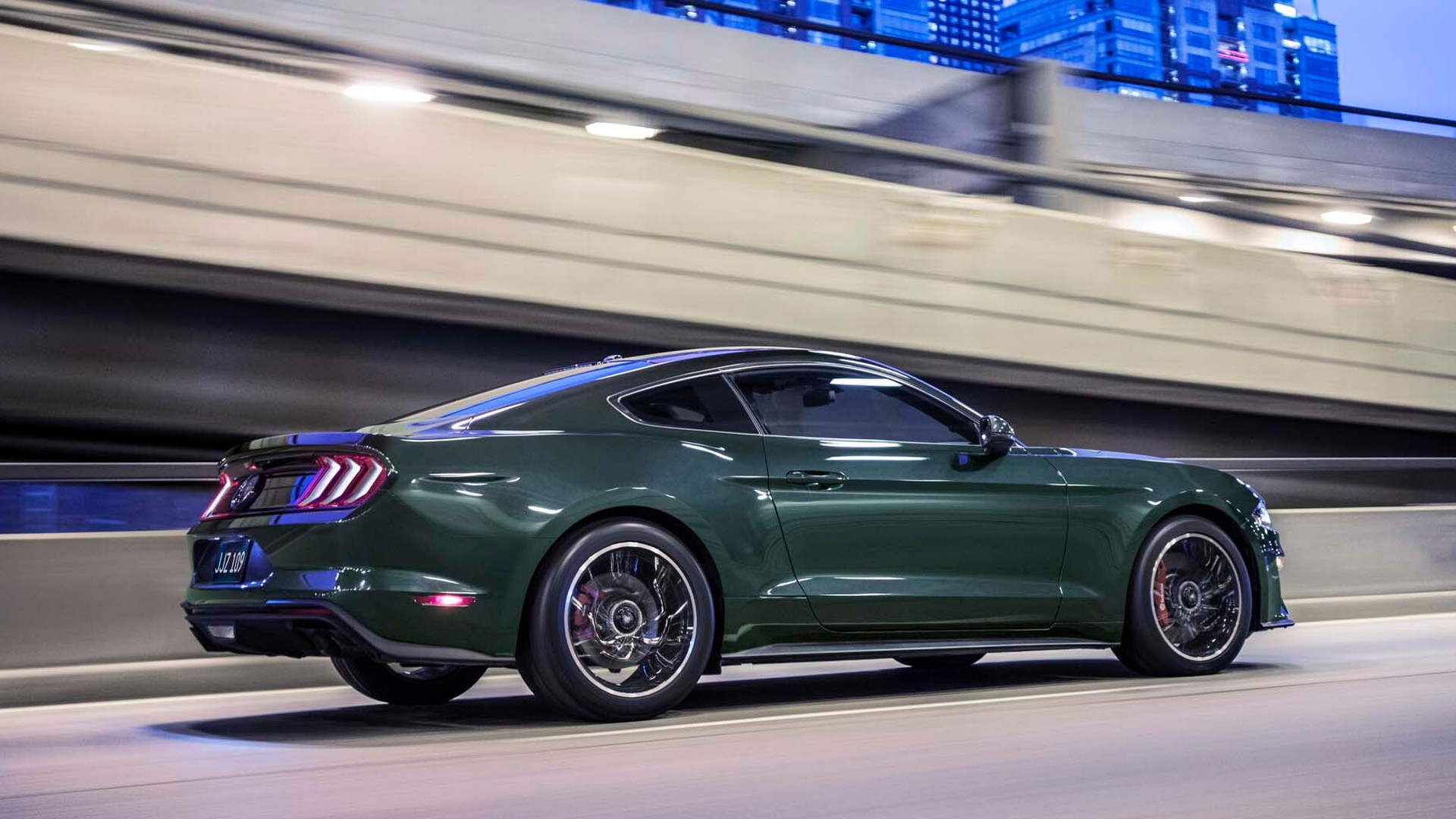 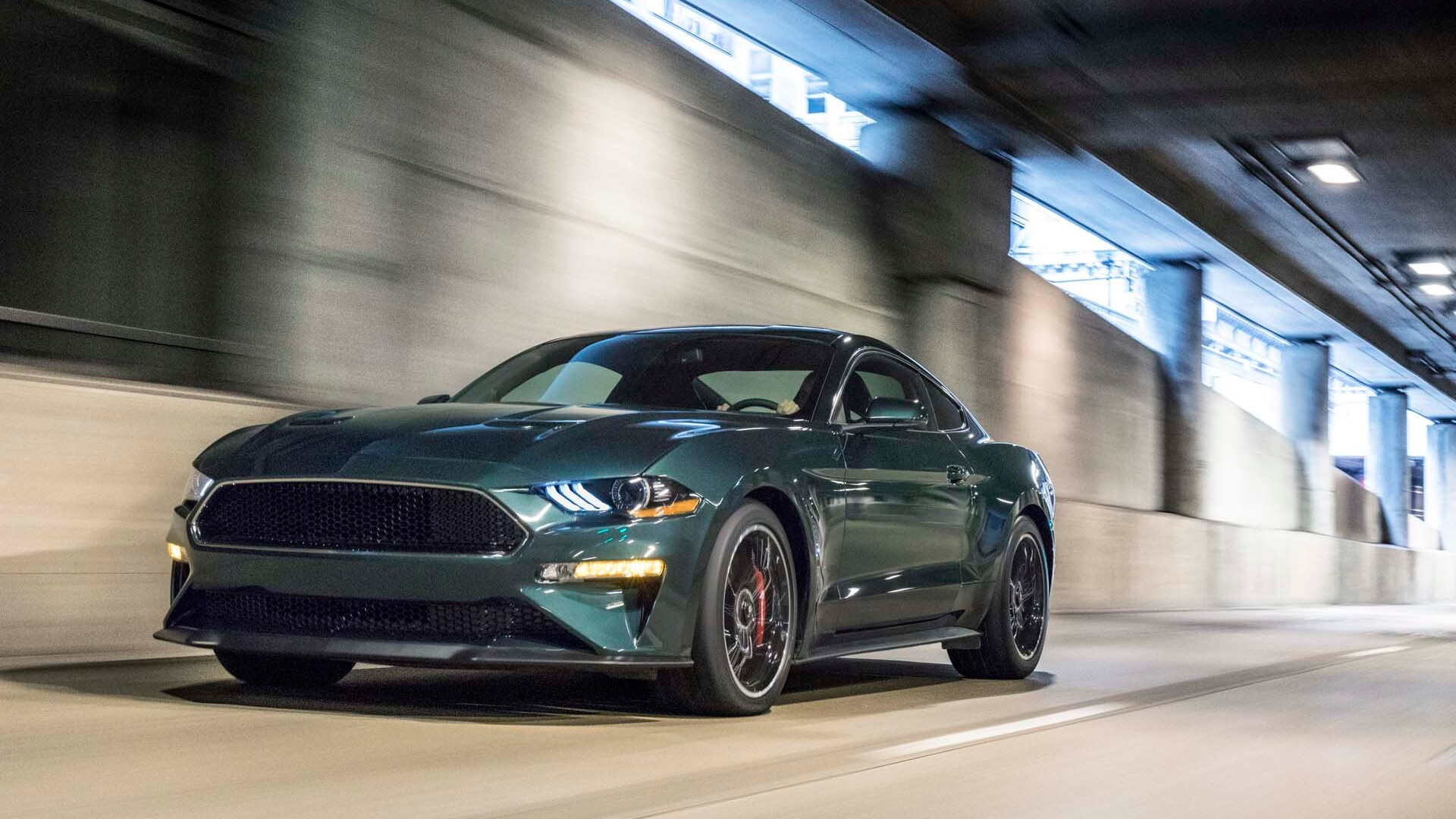 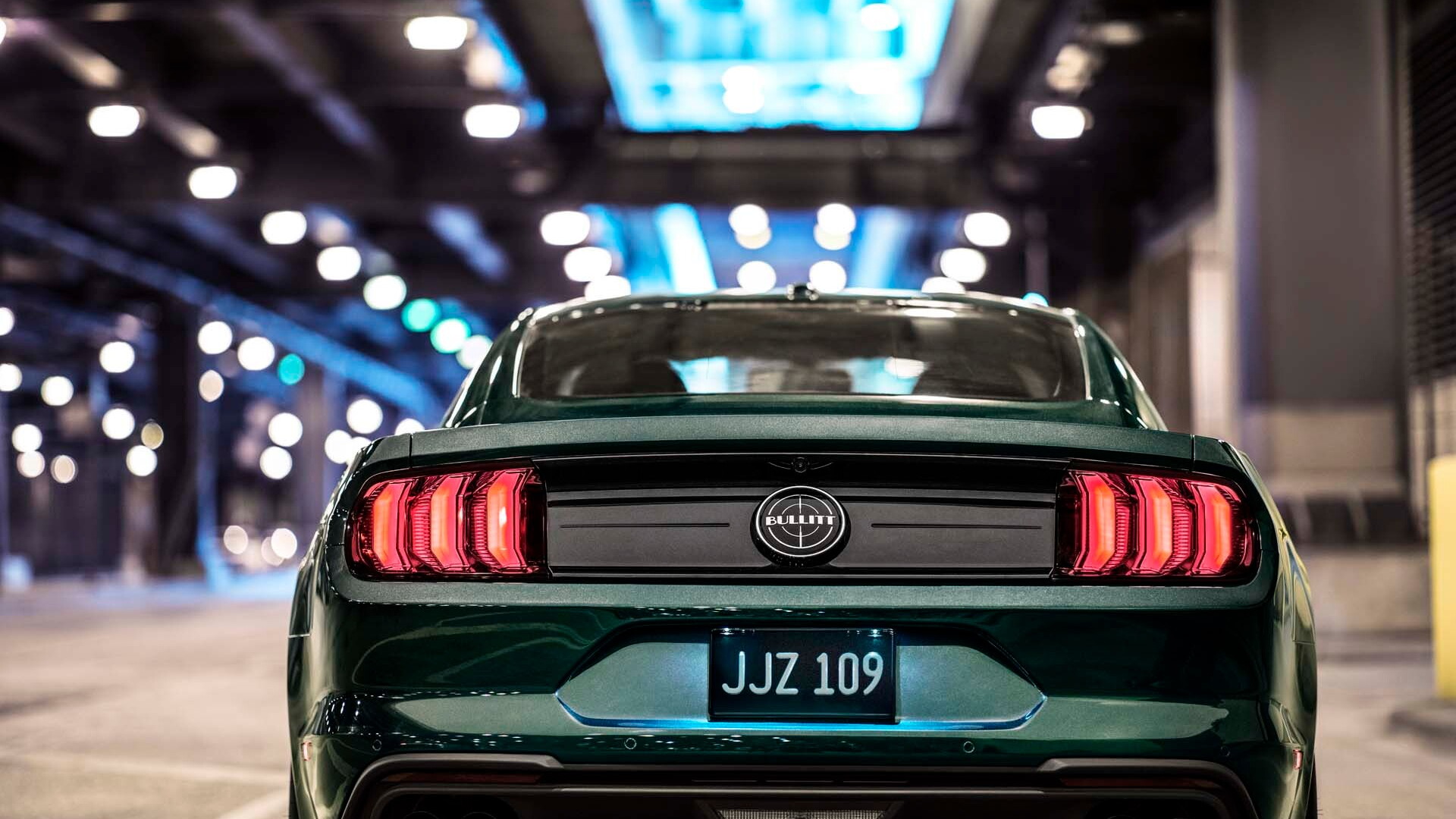 I want to be a hero. A hero reminds me of the best versions of me, especially when I can hardly muster enough courage to get out of bed in the morning.

The 1968 Ford Mustang fastback sprayed in Dark Highland Green wasn’t a hero when it rolled off the line in January 1968 and onto the screen in the motion picture “Bullitt.” One of more than 317,000 Mustangs sold that year, the pine-colored car fitted with a white cue ball shifter was more remarkable because of its concept than the oily bits and bolts it held together for a short time.

DON'T MISS: The story of the other long-lost "Bullitt" Mustang

The 2019 Ford Mustang Bullitt that pays tribute to that 1968 GT 390 fastback is no hero either, truth be told. It’s just one of tens of thousands of Mustangs that Ford will sell this year and ship all over the world. The Bullitt’s secret is that it’s just a Mustang GT with a throatier intake, a bigger throttle body, a ceramic-coated exhaust, and revised throttle map.

I am not Steve McQueen. I’m not sure I want to be, either.

Hero is going to be hard.

If you’re looking for ideas, the 2019 Ford Mustang Bullitt seemingly runs out quickly. Starting from a base 5.0-liter V-8, the Bullitt borrows the bigger intake and 87-mm throttle body from the GT350 and adds a new exhaust. The net is 20 more horsepower than a base GT, up to 480 hp and a top speed increase of 8 mph up to 163. Even Ford admits that it’s more of a paper gain. No suspension upgrades beyond the Performance Package 1 available on the GT, no weight savings, either.

It’s imagination that takes the 2019 Bullitt beyond Broadway, where Frank Bullitt fictionally kept company. It’s where the Mustang Bullitt needs to be, too, far from San Francisco’s snarled city streets.

In the deeply forested hills around Woodside, California, the Bullitt’s exhaust shouts like wolves in a violent feeding frenzy. Near its 7,400-rpm redline, the new Mustang Bullitt has less restraint than I do.

MUST READ: Long-lost 1968 Mustang from “Bullitt” likely worth millions

I row through the Bullitt’s mandatory 6-speed manual and feel a renewed faith in America’s ability to build sports cars with explicit shifts. If the hook of clicking through gears at 6,000 rpm in the Mustang Bullitt doesn’t speak to our deep collective unconscious, then our species is surely doomed.

Although most of the Bullitt’s hardware is borrowed from the Mustang GT, it sounds different—feels different. Its tug at low revs seems a half-step short of the base GT that I drove recently, but the Bullitt reaches and aches for more throttle from me more often in ways the GT never could. A revised throttle map will do that.

Ford engineers said the exhaust notes in Sport and Track modes push the legal boundaries that can come from the factory and it’s believable—it pushes my personal boundaries, too. I don’t care that it’s manufactured sound crackling through the quad-tipped tailpipes. Do you care that the sounds from the famous chase in “Bullitt” were recorded later at a racetrack, far from the hills of Taylor Street? Doubtful.

But beyond its intoxicating aural acceleration, Ford said that the Bullitt speaks even when it’s not called upon.

Carl Widmann, chief engineer for the Mustang, said that the note the Bullitt makes when the throttle is given a break from its workout should sound almost passive-aggressive to the driver: “I guess hard driving isn’t for everyone?” it’s saying to me after a canyon workout.

Give me and my driver’s license a break, Bullitt.

Still, it’s as hard to escape that part of the Bullitt’s appeal as its looks—even though they’re nothing without the sounds.

The grille is missing “Ford” and “Mustang” badges that could take away from the rich, four-color black mesh that simultaneously eats available light and pavement. The grille’s effect is not only menacing, but also its absence of color manages to highlight the surrounding chrome that much more. Wide car is even wider now.

Same goes for the chrome surround around the windows along the Bullitt’s profile. It frames the driver and passenger for passersby, provided they can get past the body sides.

Widmann knows that, and perhaps played favorites with the Bullitt’s paint scheme more than the other Mustangs he made.

Even though he says he couldn’t exactly match the color of the original car (“It’d be illegal,” he said, “that’s an oil-based color that I could never use anyway.”), Widmann’s concoction is a shade of deep green with a dash of blue and flint of metallic fleck to bounce back light. The net effect? The Mustang’s deep bodyside creases and curves in the hood are far more visible in the Bullitt than they are in other Starburst-colored Mustangs.

The older color has a hint of yellow and was intentionally scuffed with Brillo pads, Widmann said. The new car wouldn’t be as nearly brooding with that tint.

Ford’s new green is bluer, like San Francisco’s streets. (Owners can decide on their own scuffs.)

Those small changes add up to a Mustang Bullitt that doesn’t reach further than the Mustang GT—it just reaches in the right places. Soon there will be faster and louder Mustangs, but perhaps not better Mustangs.

Not much about the Mustang Bullitt separates it from the GT in speed, or price. When it goes on sale later this summer, the Bullitt will cost $47,590, which is about the same price as a similarly equipped GT Premium with Performance Pack 1, digital gauge cluster, leather upholstery, and 19-inch wheels.

Ask me and it’s hard to talk someone interested in a Mustang GT away from picking the Bullitt. I’d recommend it to anyone, regardless of age.

MUST SEE: Jay Leno drives the original Bullitt Mustang alongside the 2019

But not because it’s called Bullitt, which to me is a relatively mediocre movie with a good 10-minute chase scene that starred Steve McQueen.

McQueen was cool in the ‘60s, but the concept is timeless without him.

I don’t want to be Steve McQueen.

I still want to be a hero. The Mustang Bullitt gets me a little bit closer.

Correction: An earlier version of this story misstated the bigger throttle body on the 2019 Ford Mustang Bullitt. It uses an 87-mm throttle body.