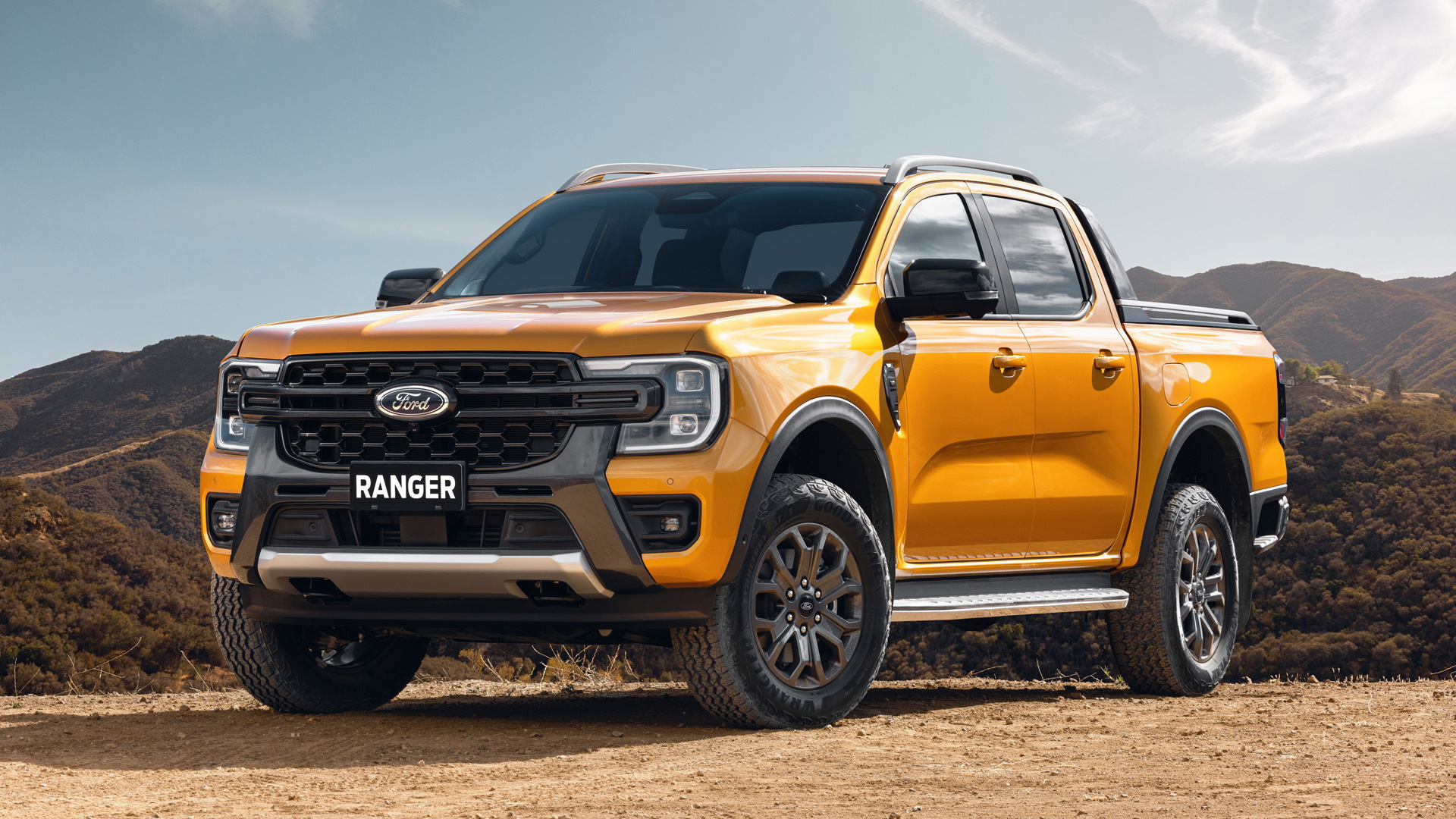 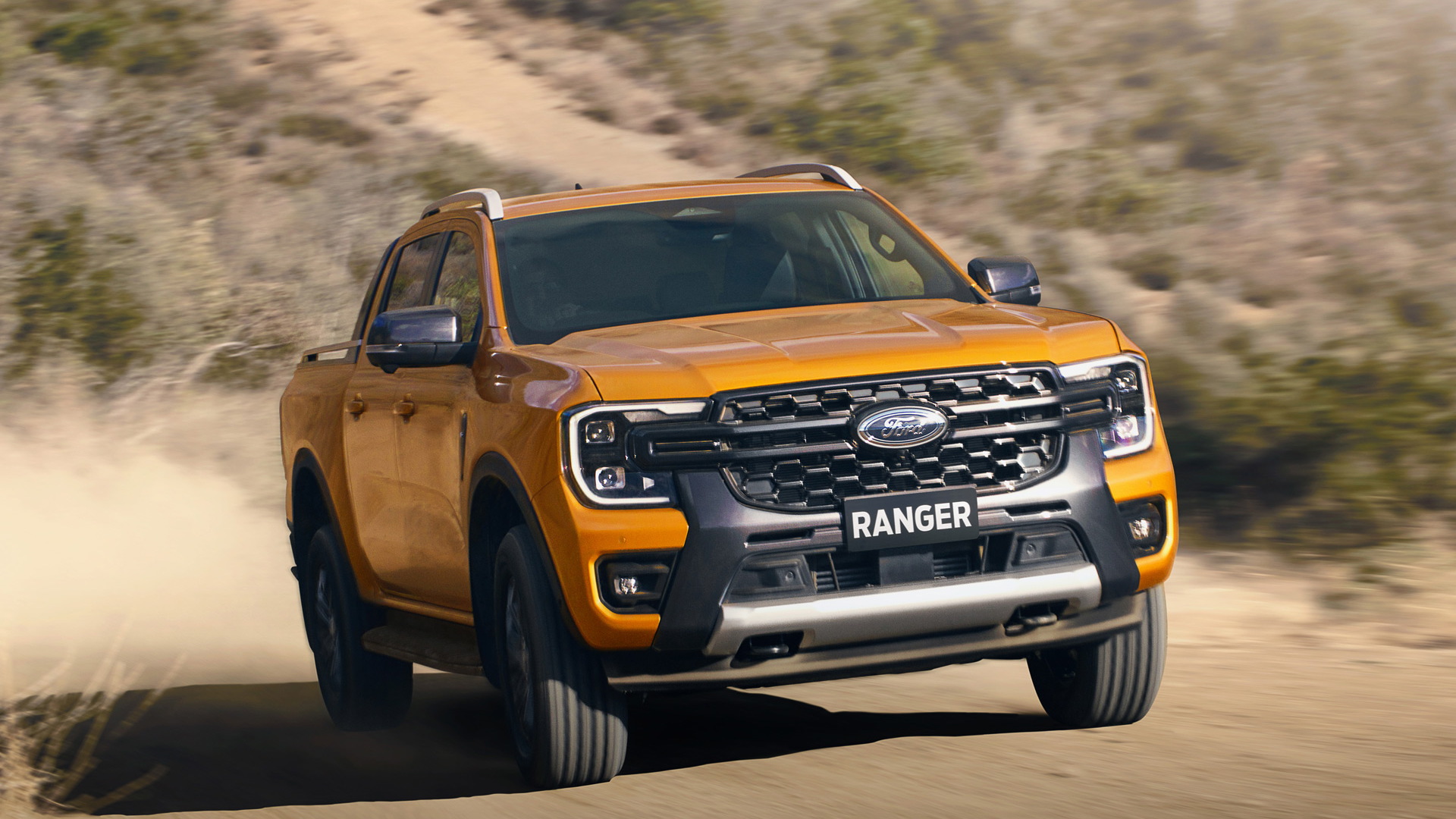 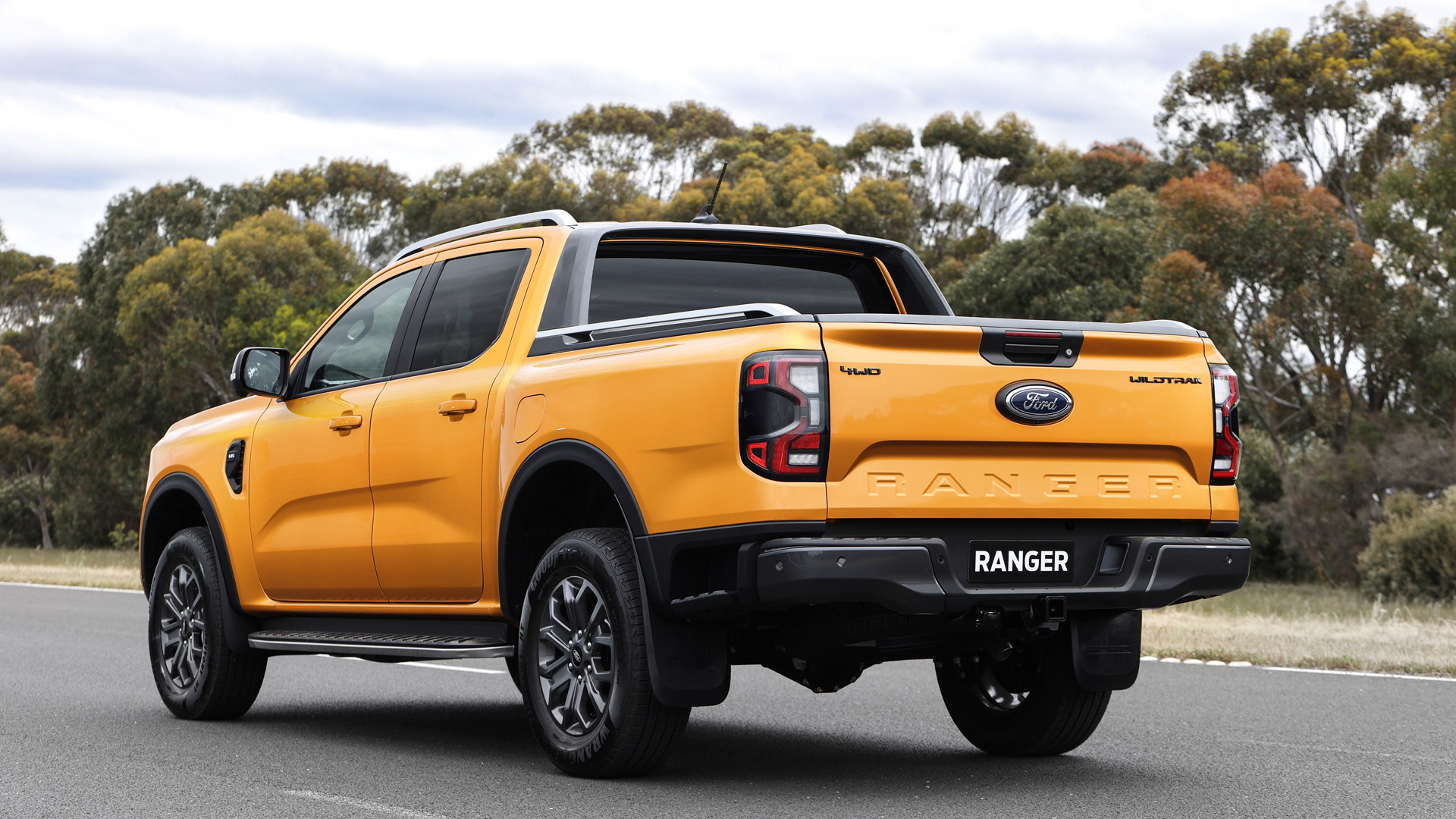 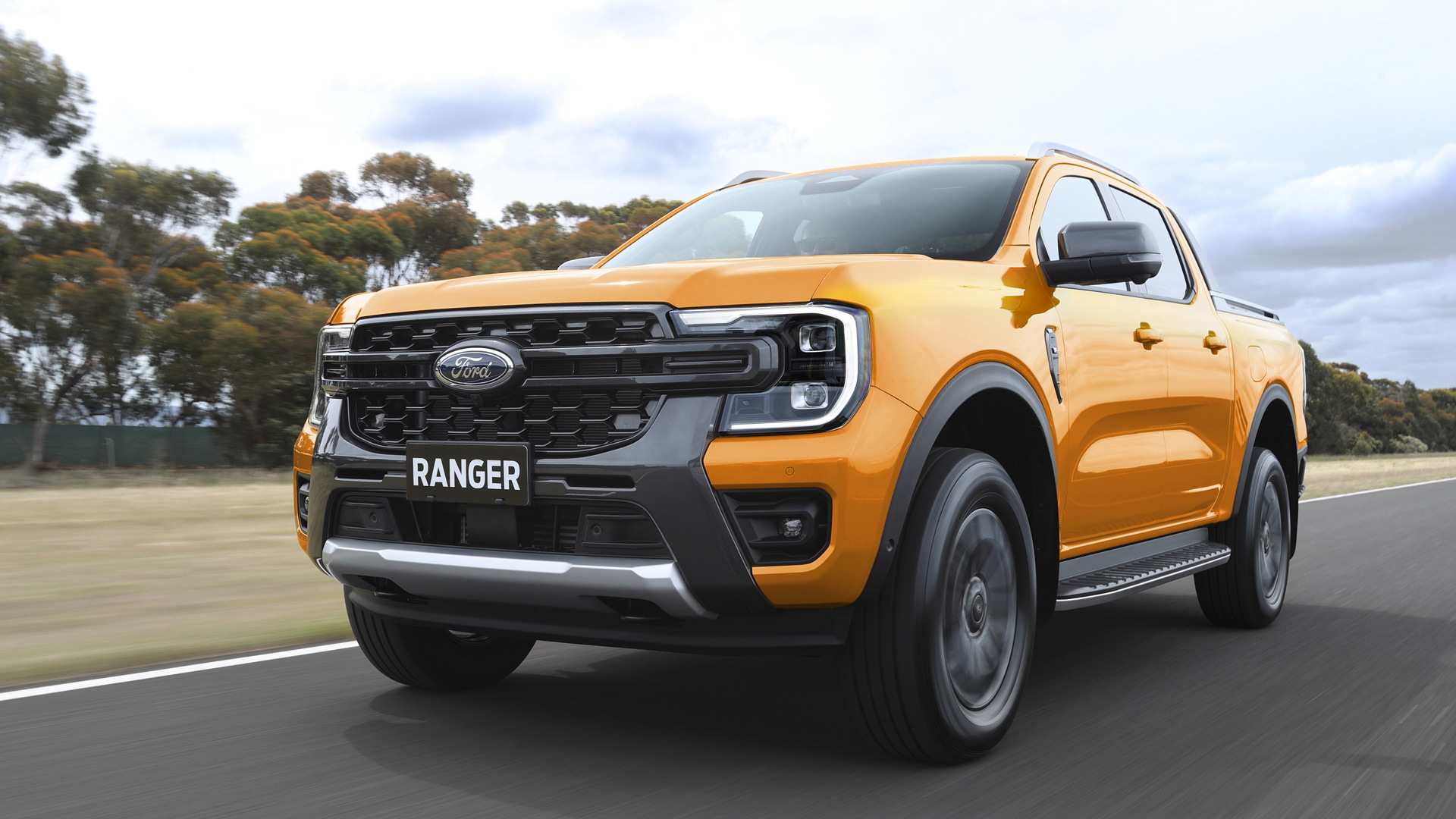 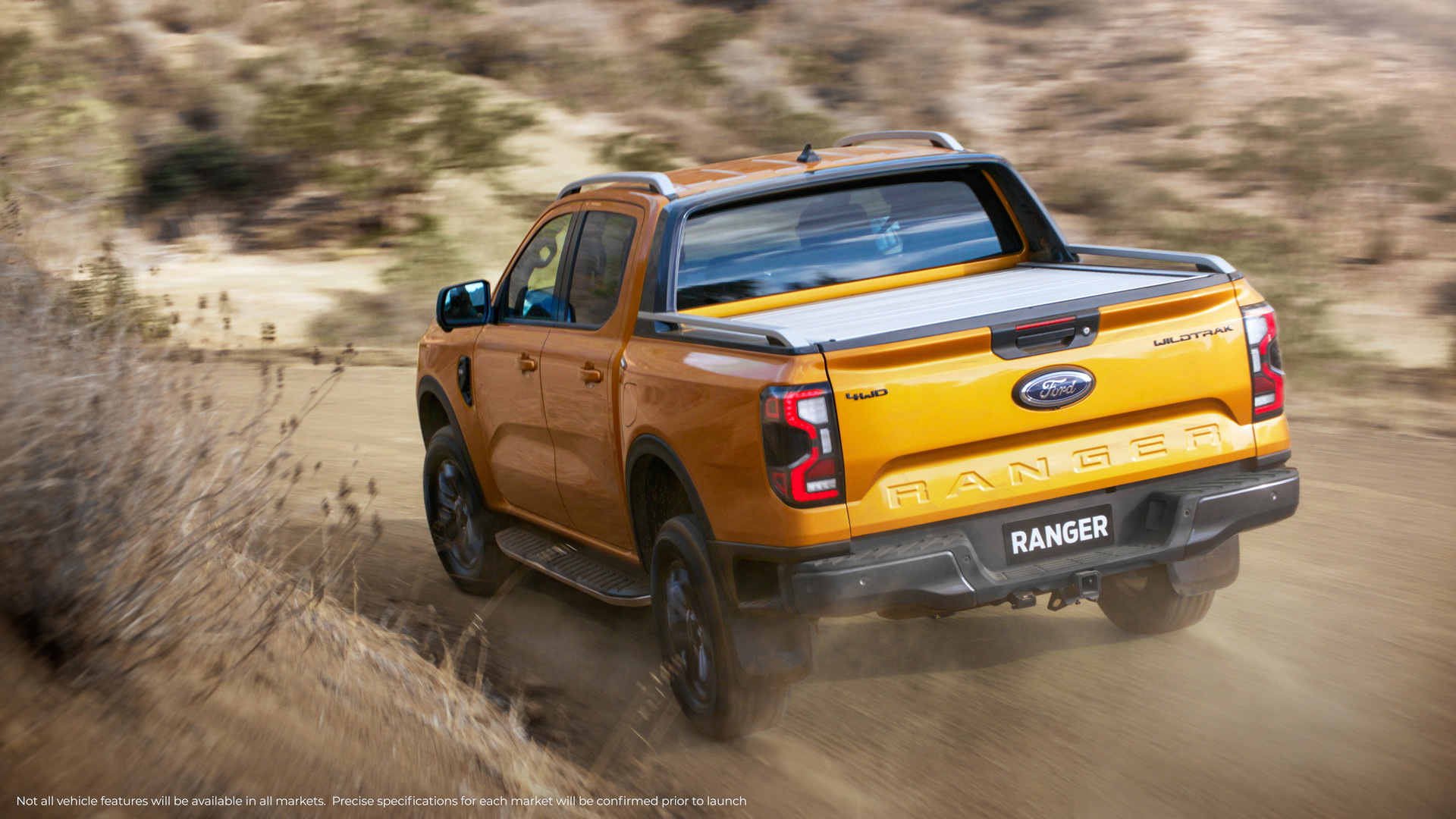 The version unveiled has been developed for global markets but the styling and some of the specs should match U.S.-spec Rangers expected to land at dealerships in 2022 as 2023 models.

The current Ranger was only introduced in the U.S. for the 2019 model year but has been on sale elsewhere since the early part of the last decade. That's why a new Ranger is being introduced so quickly.

The new Ranger rides on an updated version of the current Ranger's T6 body-on-frame platform. The updated platform, which made its debut in the Bronco, has a slightly bigger footprint, with the the track width increased and the wheelbase stretched. In the case of the wheelbase, the front wheels were pushed forward by about two inches for improved wheel articulation and approach angles. The rear suspension dampers were also moved outboard of the frame rails, a move that's claimed to improve ride comfort.

The updated platform also supports hybrid technology, though Ford is yet to mention any electrified powertrains. The automaker mentioned that a new front-end structure creates more space in the engine bay, allowing for V-6 engines to be fitted. For the global Ranger, Ford listed multiple inline-4 diesel engines, plus a new 3.0-liter diesel V-6.

Given the close ties with the Bronco, expect the U.S. Ranger to carry the same powertrains as its SUV counterpart. In the Bronco, there's a 2.3-liter turbocharged inline-4 and 2.7-liter twin-turbocharged V-6. A plug-in hybrid setup for both models is expected at some point. The Bronco is offered with the choice of a 7-speed manual or 10-speed automatic and hopefully this is the case for the Ranger, too.

Single, Super Cab and Crew Cab bodies are all planned for the Ranger, though it isn't clear which of these will be offered in the U.S. A high-performance Ranger Raptor is also set for a reveal in February 2022, and this time we should see such a variant offered locally.

Expect the U.S. Ranger Raptor to come with a twin-turbocharged V-6 rated at around 400 hp. It should also come with Fox shocks and BF Goodrich All-Terrain T/A KO2 tires. A Bronco Raptor has also been confirmed for a debut in 2022.

The interior design is much more high-tech than before, thanks mostly to the portrait-style touchscreen (10.1 or 12 inches) in the center stack. It's running Ford's SYNC 4 infotainment system. A surround-view camera is also offered, along with various driver-assist features, more details on which will be announced closer to the market launch.

Production of the global Ranger is being handled at plants in Thailand and South Africa. Ranger production for North America will be handled at Ford's Michigan Assembly plant in Wayne, Michigan. It's where the current Ranger and Bronco are built.

The new Ranger is also the basis for a redesigned Volkswagen Amarok. The VW is also out testing and will be revealed in 2022. It isn't expected to be sold in the U.S., though both Ford and VW remain open to the possibility.

For more on the Ford Ranger, read the in-depth reviews at The Car Connection.