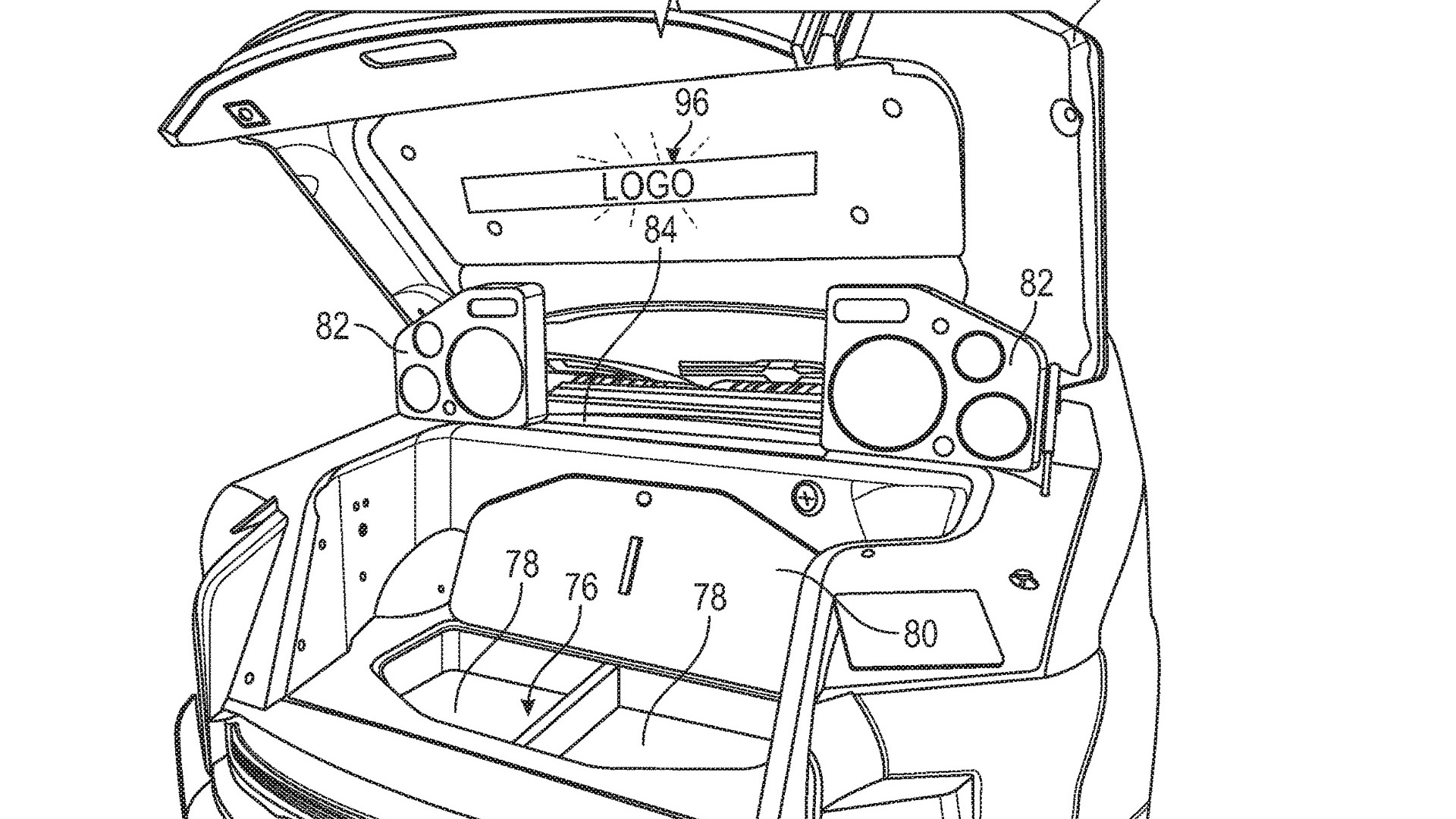 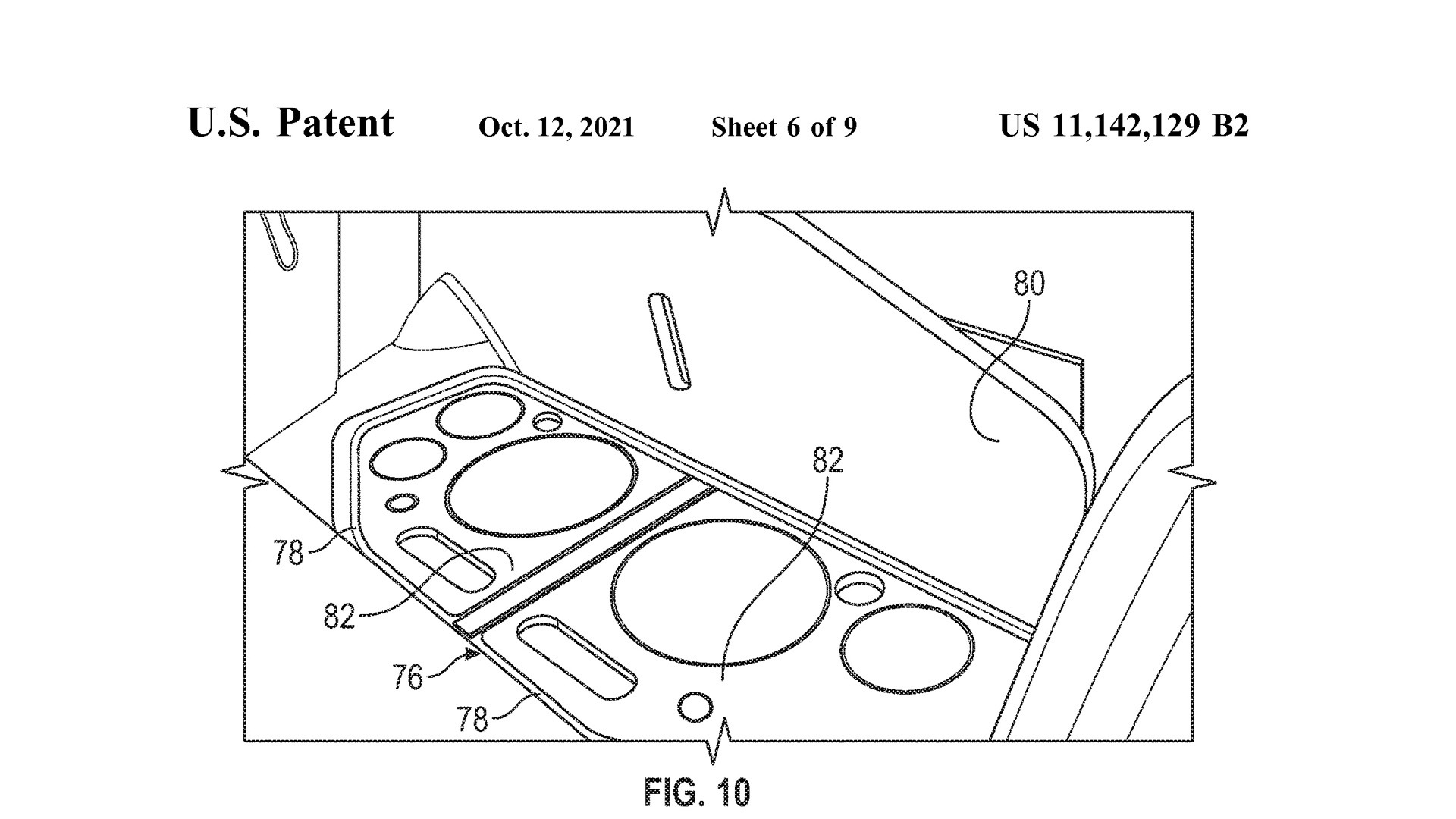 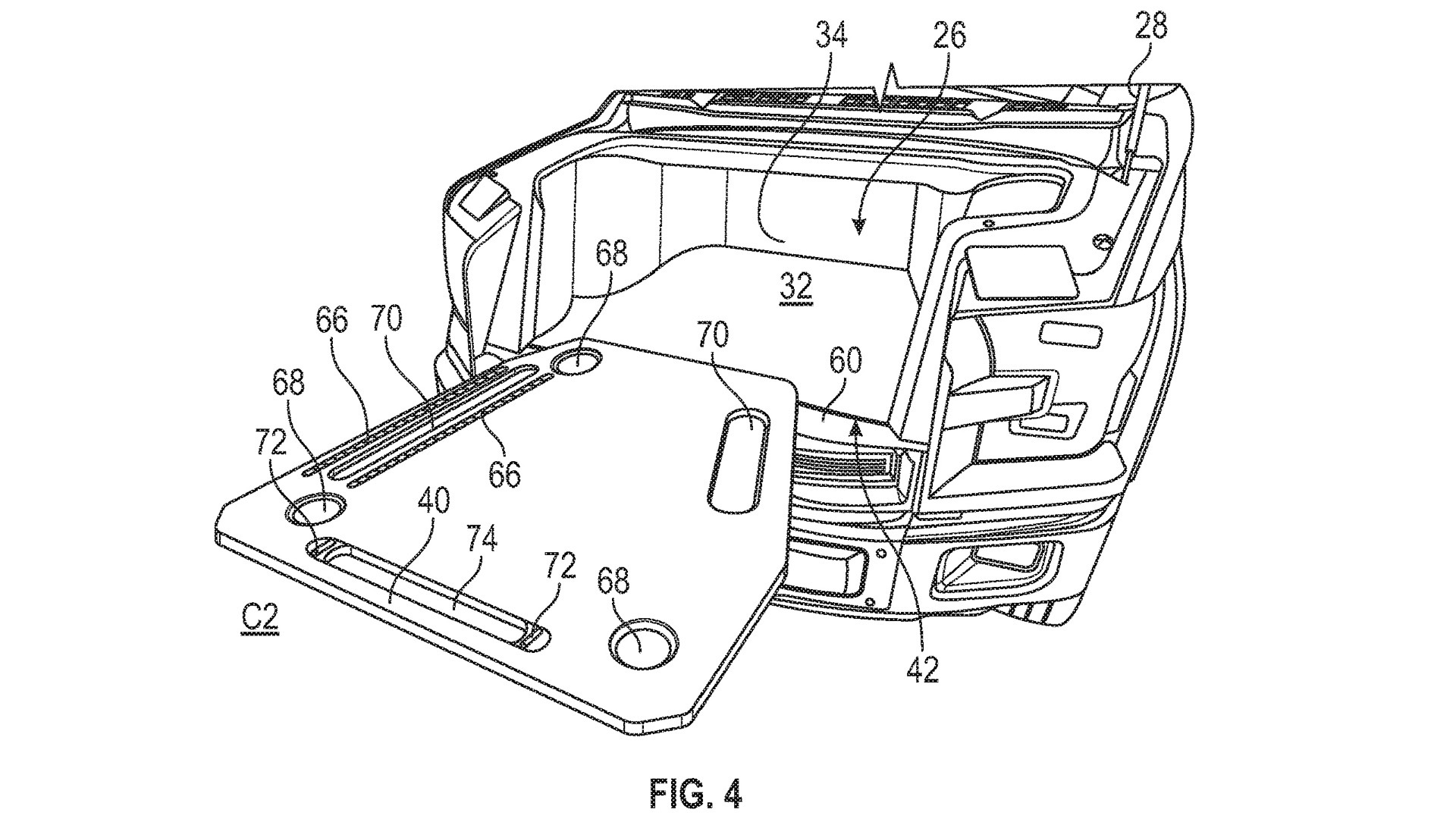 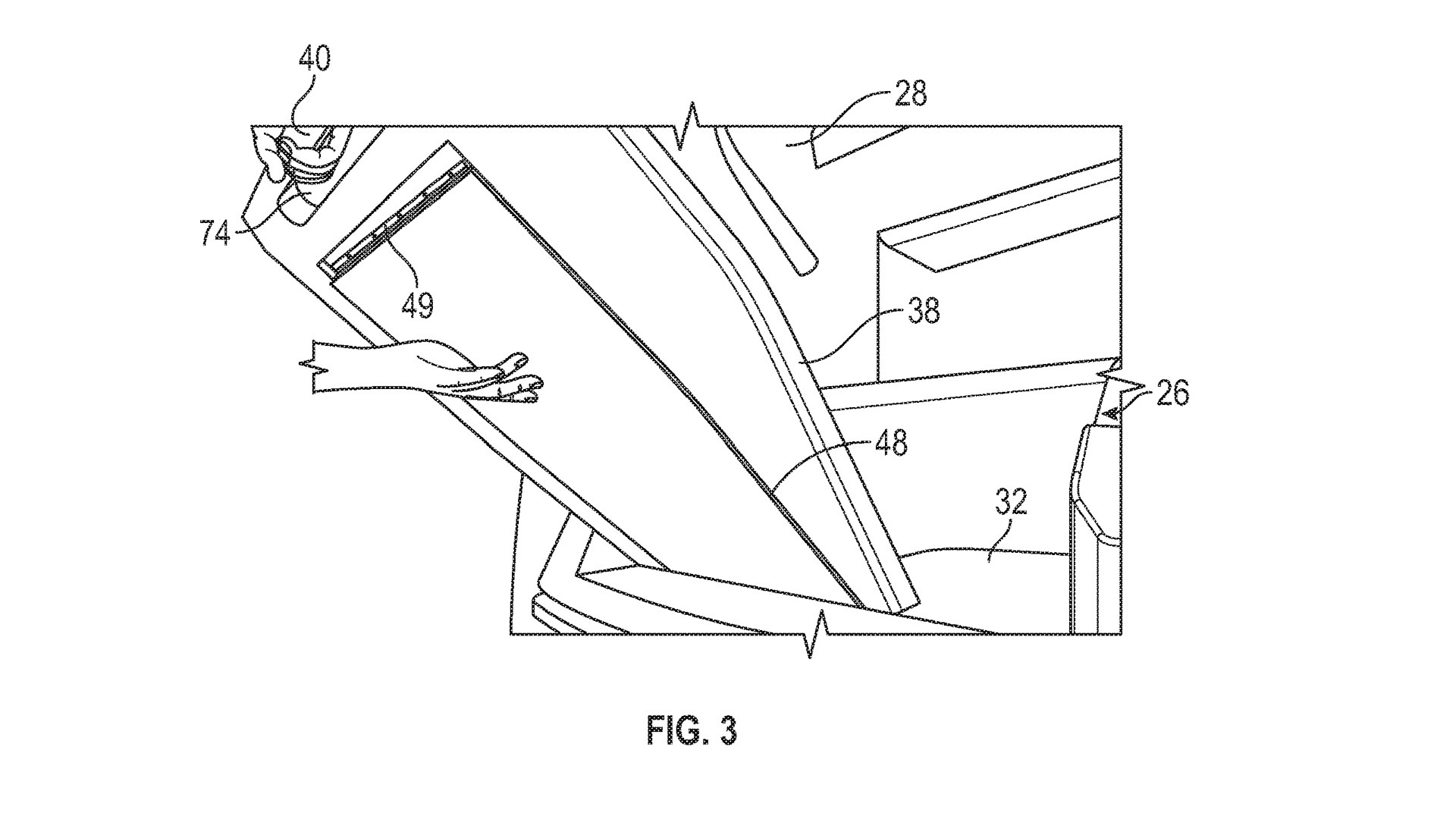 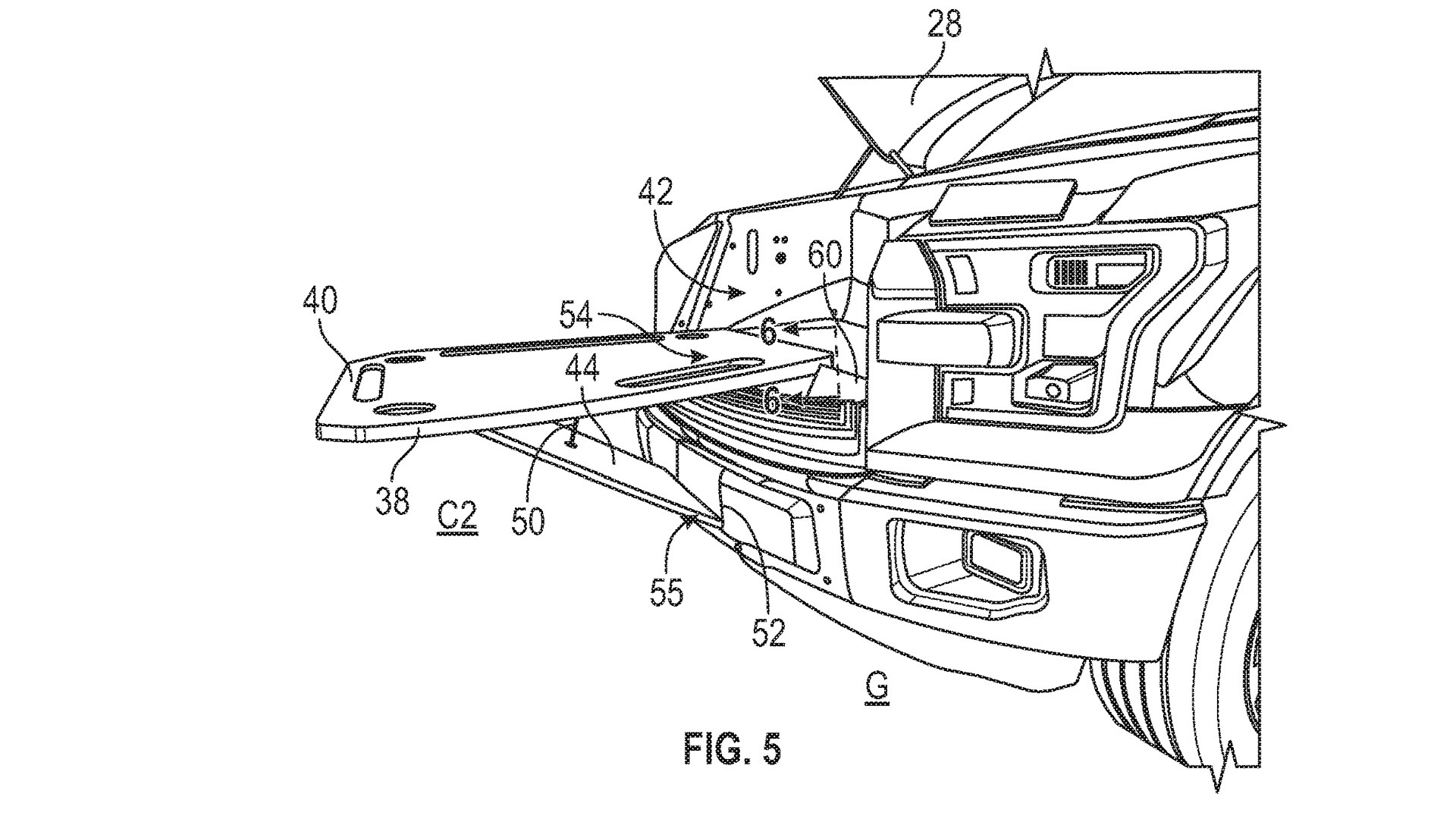 The 2022 Ford F-150 Lightning electric pickup truck could get a tailgating setup for its "Mega Power Frunk," according to a patent application published in October.

First spotted by The Drive, the patent details an integrated table and stereo system, letting owners move tailgating from the back of the truck to the front. It also makes maximum use of the frunk, which, as Ford detailed in a press release earlier this month, is more than just space left over.

The frunk has 14.1 cubic feet of space, a 400-pound payload, and can supply 2.4 kw of power for everything from tools to televisions. One possible use for that power is a pair of Bluetooth speakers, which, according to patent images, would stow in a space under the frunk floor and would be controlled by a built-in panel.

Patent images also show a table designed in the shape of the frunk for convenient stowage. It folds out when needed, and has built-in cupholders.

To ensure owners don't lose track of battery charge, the patent images show a display located in the frunk above one of the headlights. Images also show an additional charge port in the frunk, although it's unclear what it would be used for. The Lightning's main charge port is already located nearby on the front fender, after all.

Ford hasn't discussed plans to to put this tailgating setup into production, and, as with all patents, there's no guarantee it ever will. Automakers often patent features even without firm plans to use them in production vehicles. The Lightning itself is scheduled to arrive at dealerships in the summer of 2022.