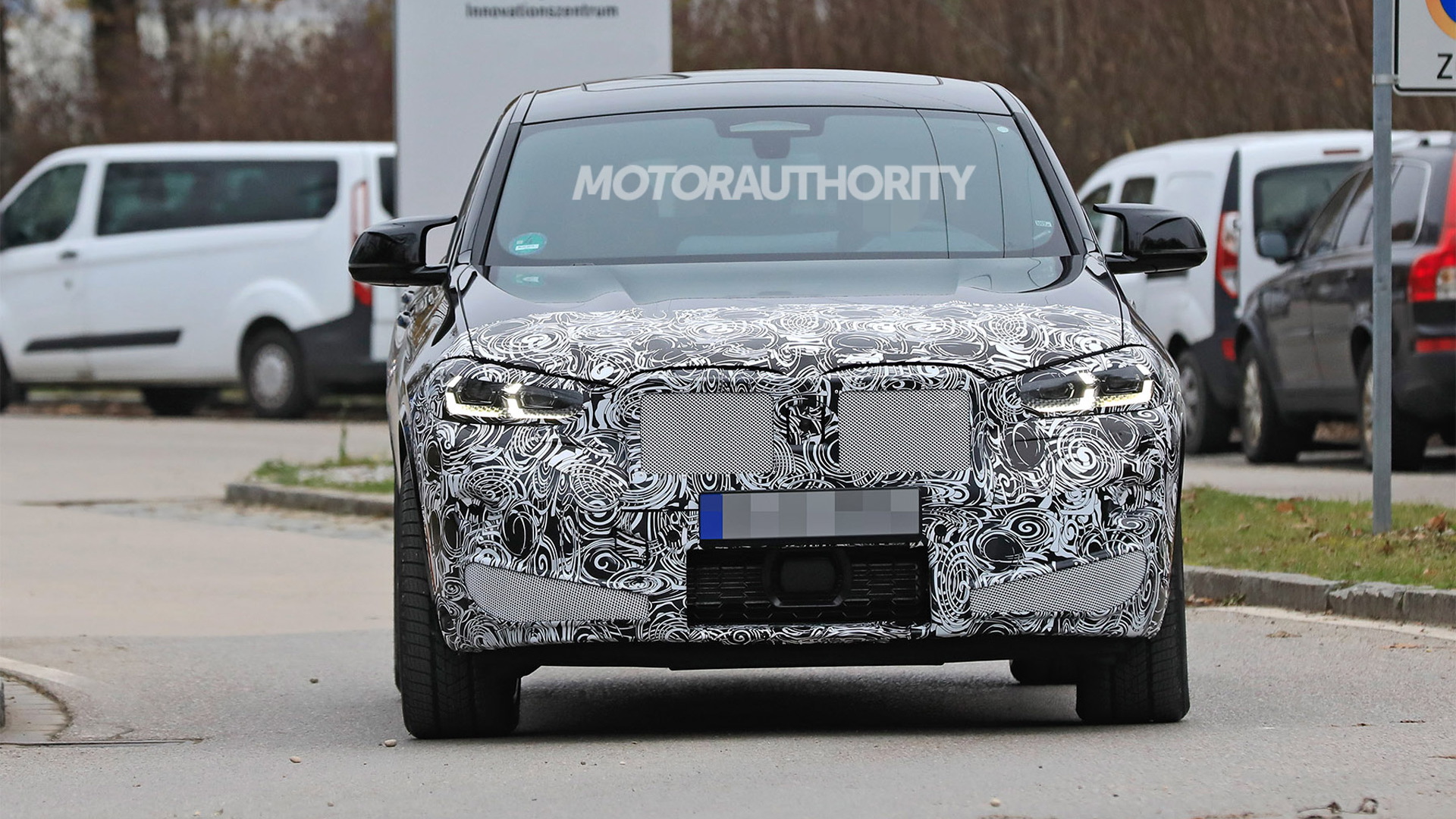 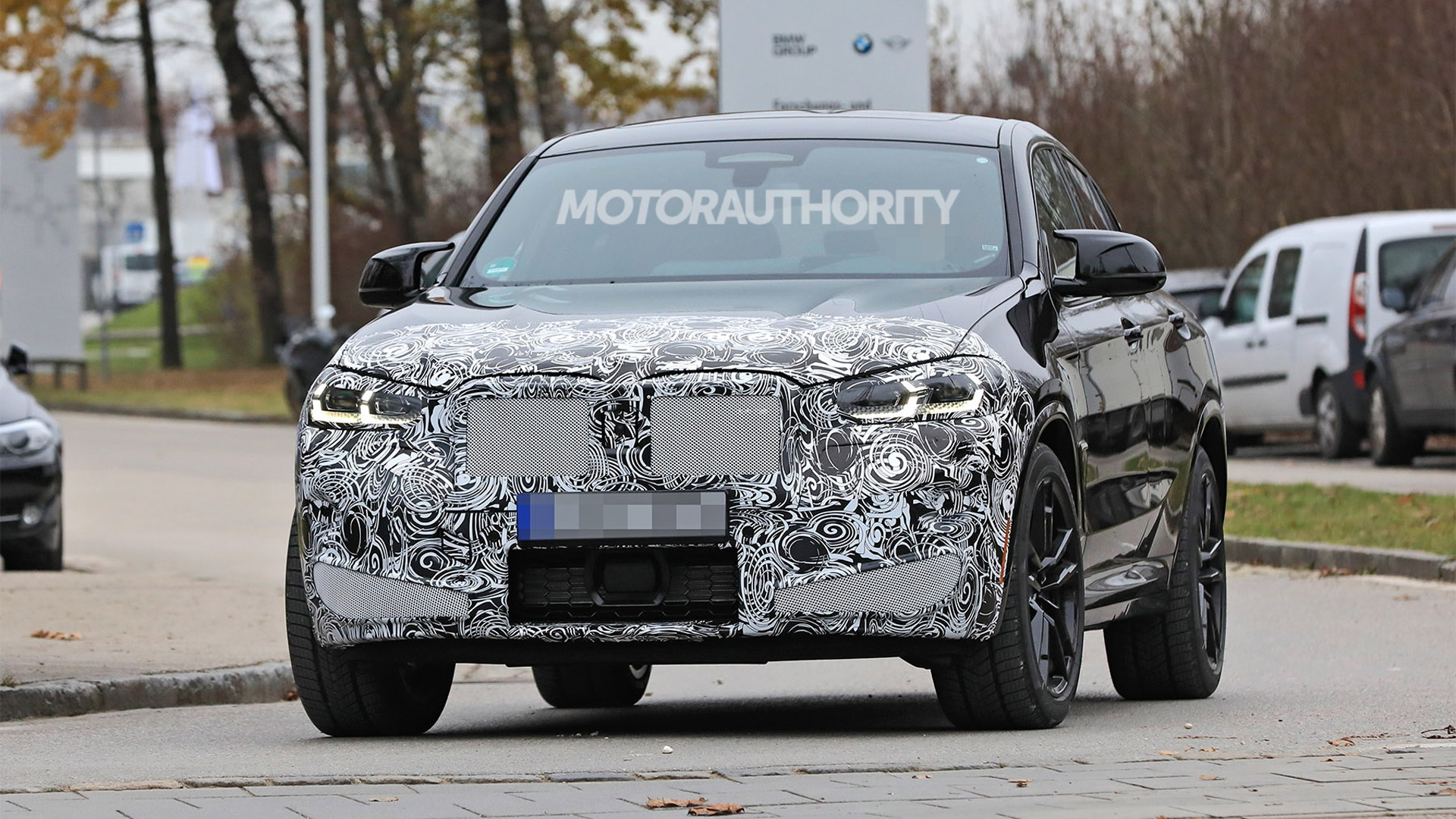 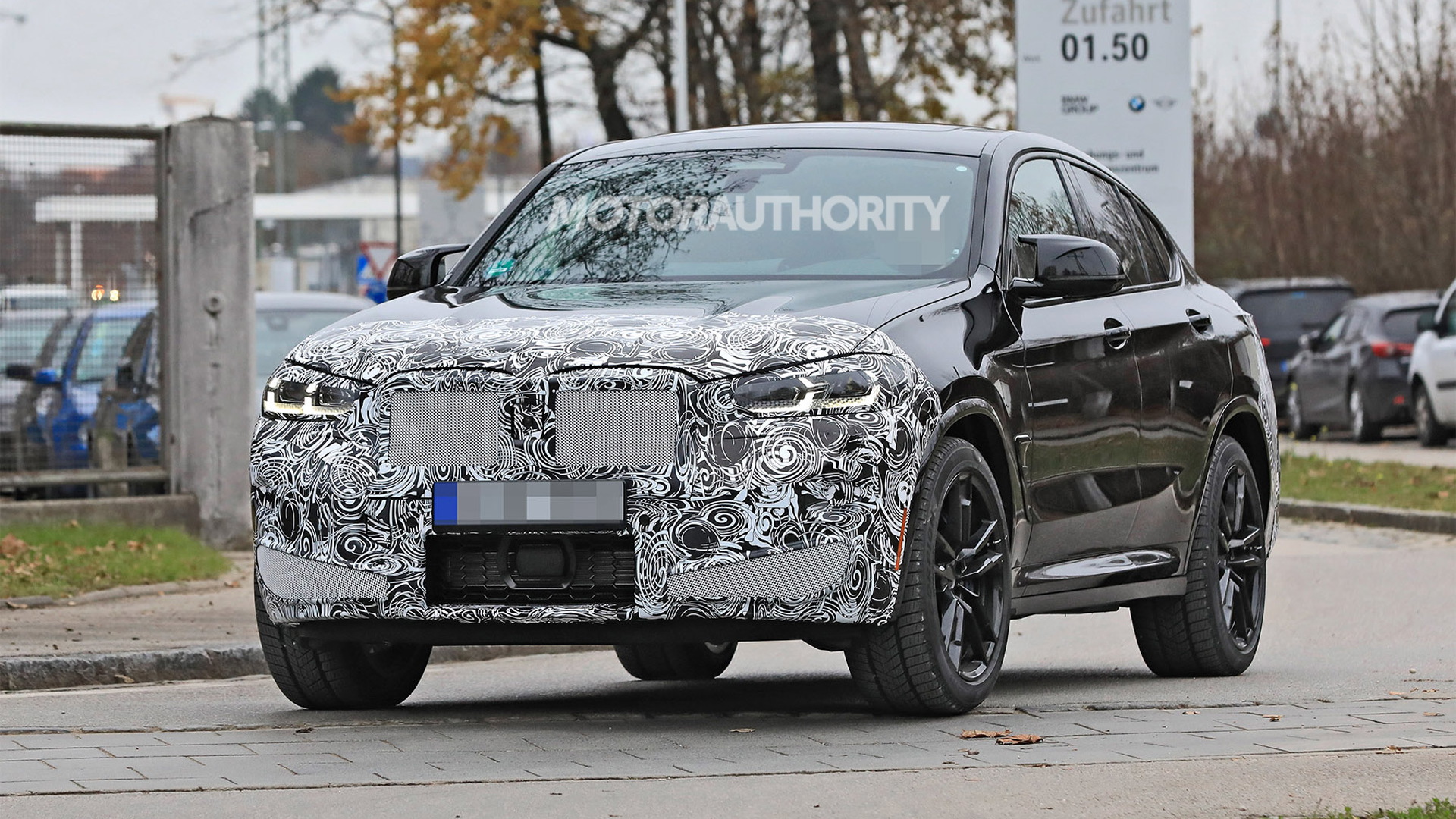 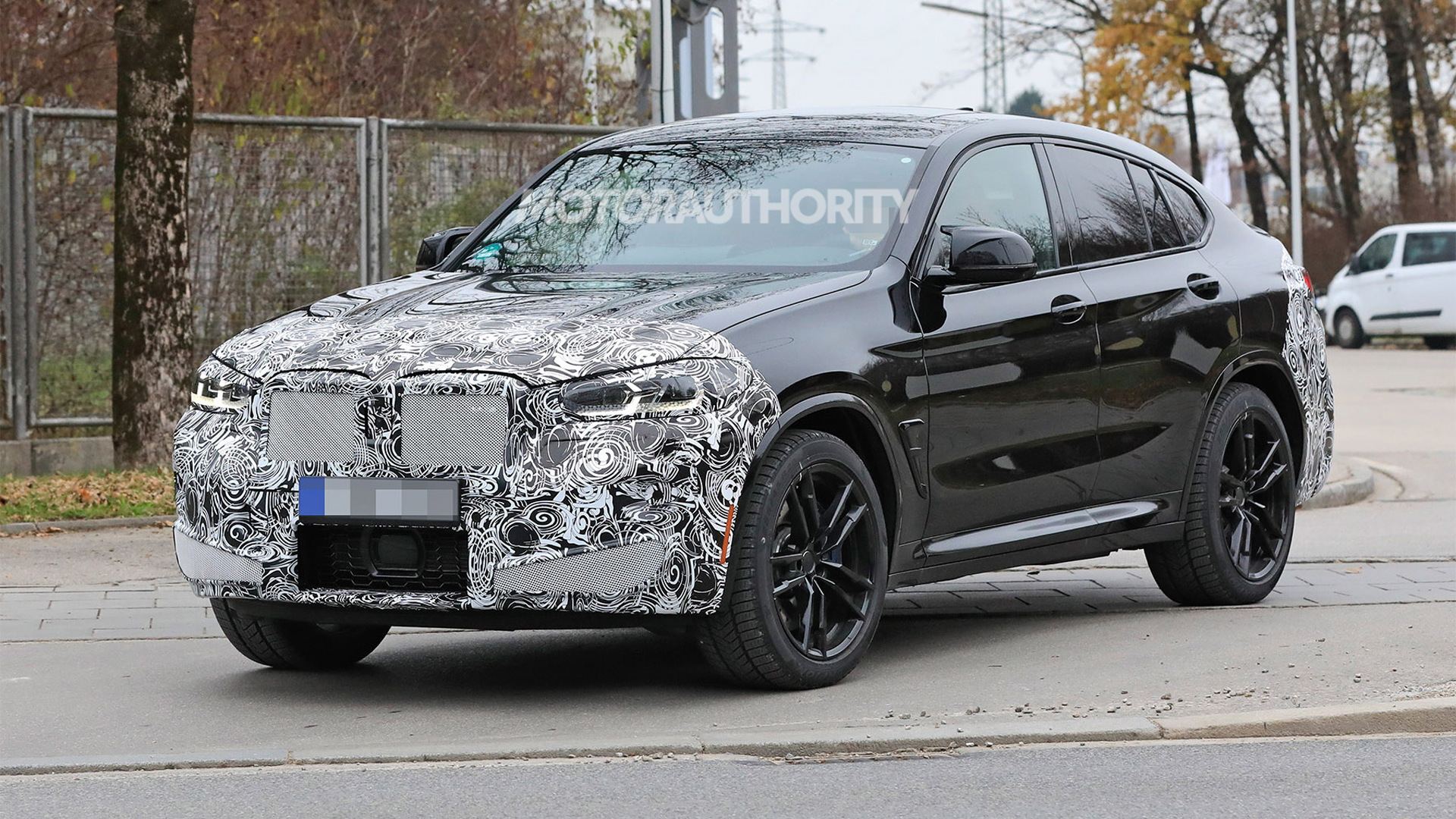 Engineers are out testing a prototype for an updated version of the BMW X4 M.

Both the X3 and X4 lines are due to receive their respective mid-cycle refreshes next year, and this will include the high-performance variants from BMW M.

Prototypes for the updated X3, X3 M and X4 are also out testing. We should see those vehicles, along with the updated X4 M, launched for the 2022 model year.

Telltale signs this is a prototype for the X4 M we’re looking at are the additional intakes in the front fascia, big wheel and brake package, lowered ride height, aerodynamic side mirrors, and quad-tip exhaust system. 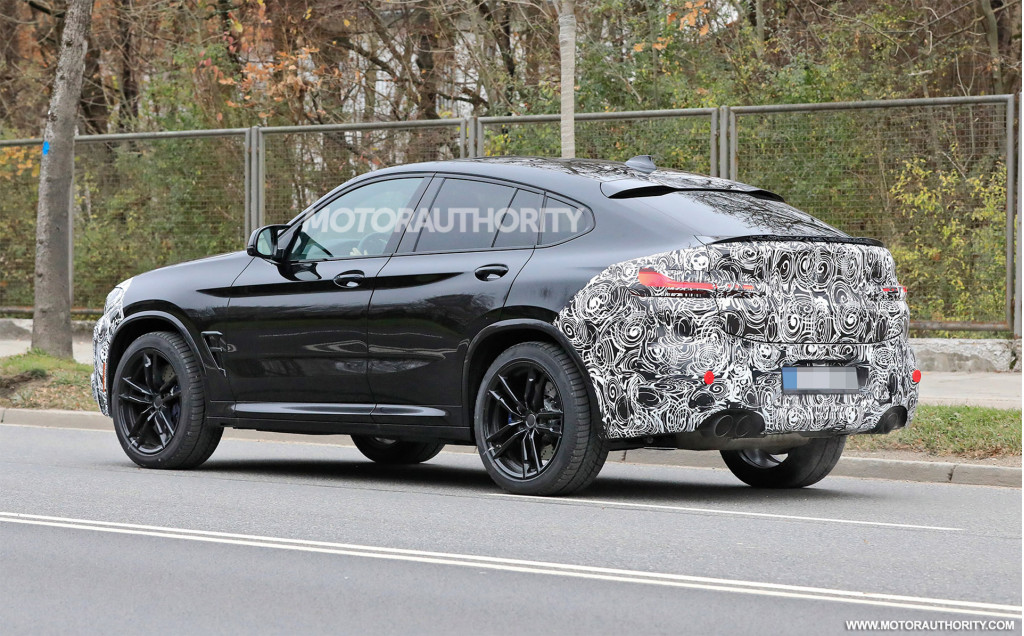 Though we can't see the interior, prototypes for the regular X3 and X4 looked to have been fitted with a larger infotainment screen sitting atop the dashboard's center stack. The screen in the current X3 and X4 lines is a 10.25-inch unit.

Since the X4 M was only introduced for 2020, we don't expect any major mechanical tweaks. This means peak power will come from a 3.0-liter twin-turbocharged inline-6 and register at 473 horsepower in the regular X4 M and 503 hp in the X4 M Competition. An 8-speed automatic and all-wheel drive should also continue to form part of the package.

Pricing for the 2020 X4 M starts at $74,395, and we don't expect much deviation from this level for the updated version. Alternatives include the Jaguar F-Pace SVR, Mercedes-Benz AMG GLC63 Coupe, Alfa Romeo Stelvio Quadrifoglio, and high-end versions of the Porsche Macan.

Other vehicles from BMW M coming down the line include a new M3 Touring, M4 Convertible, and potential X8 M.