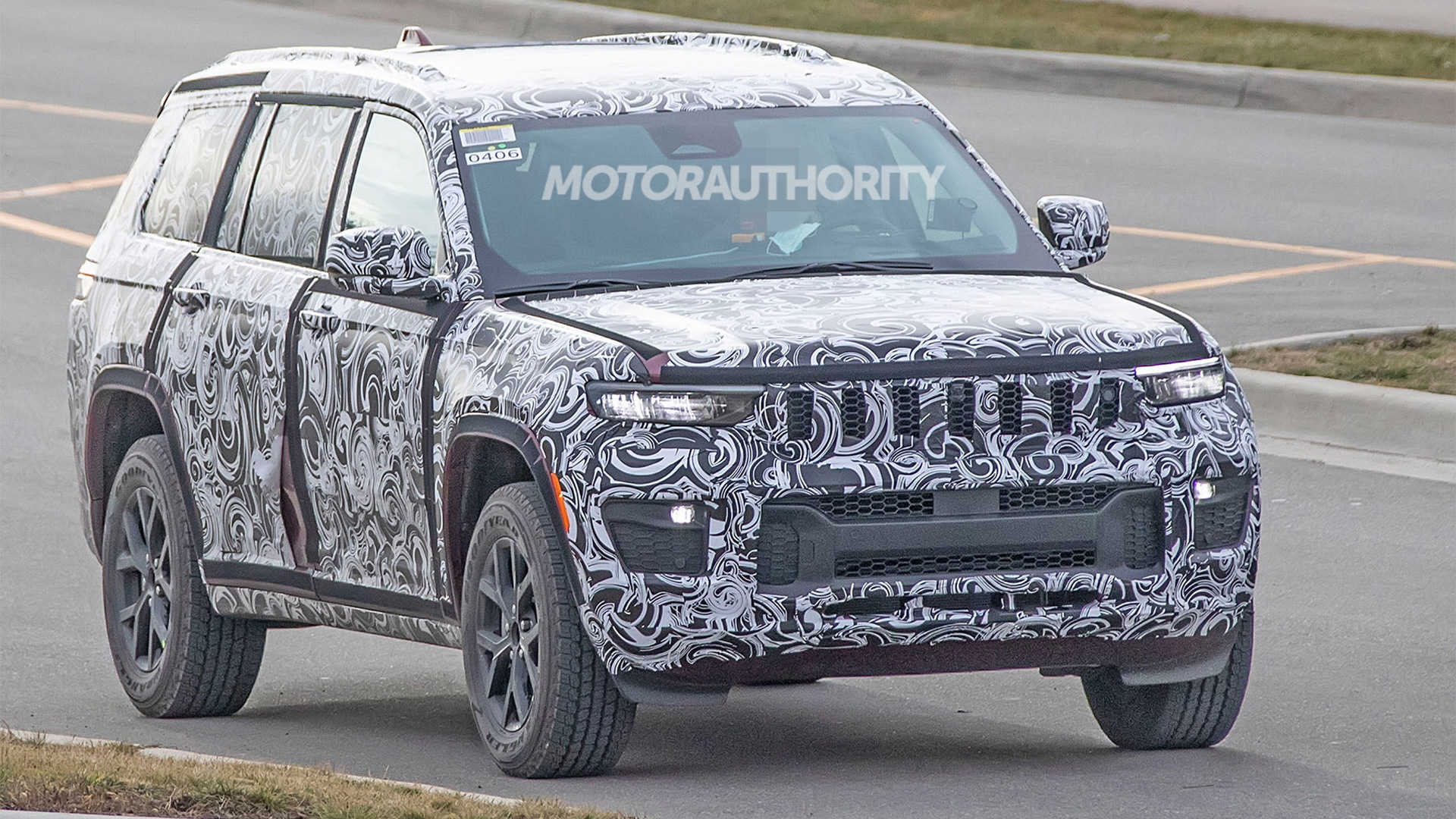 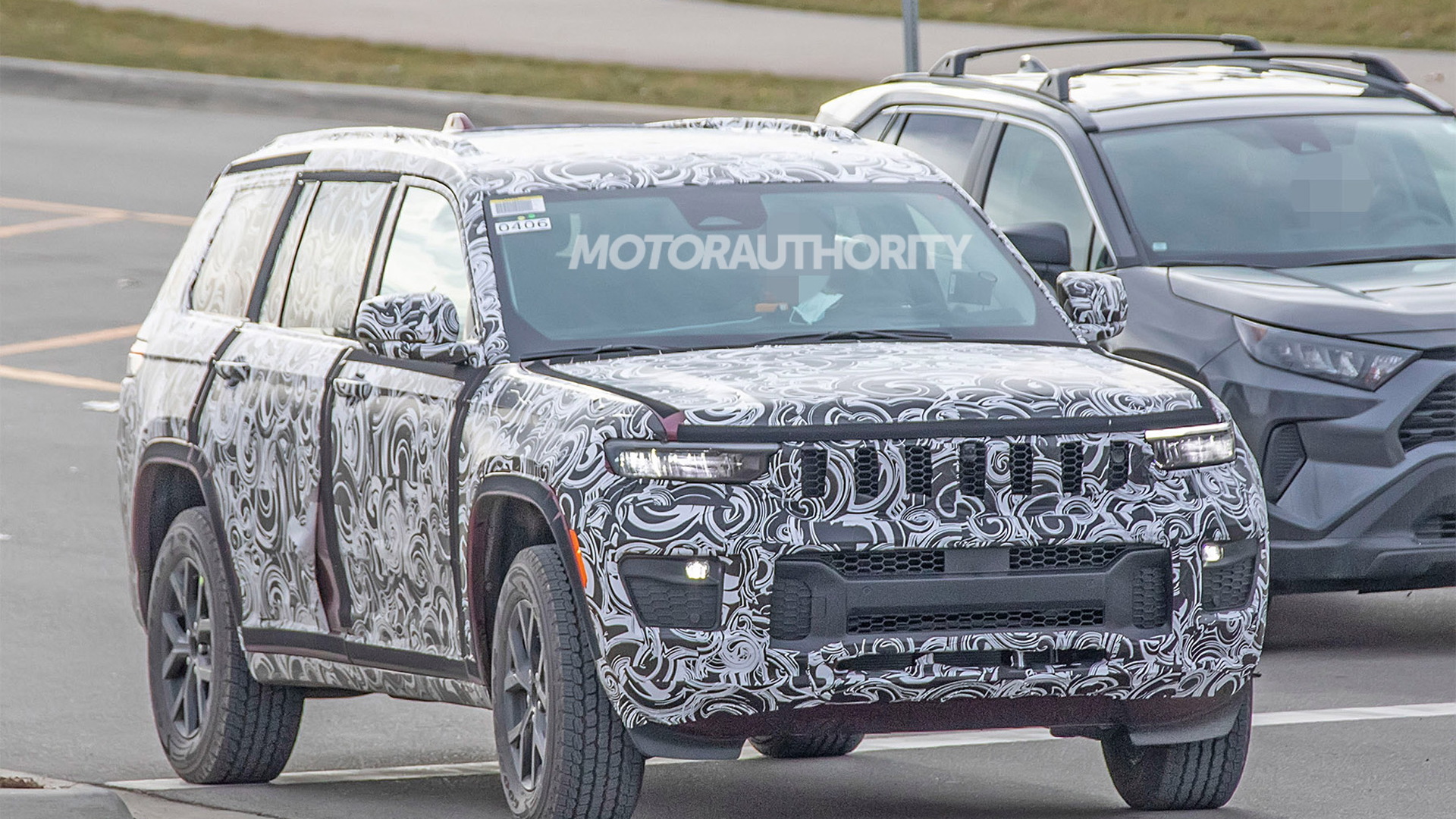 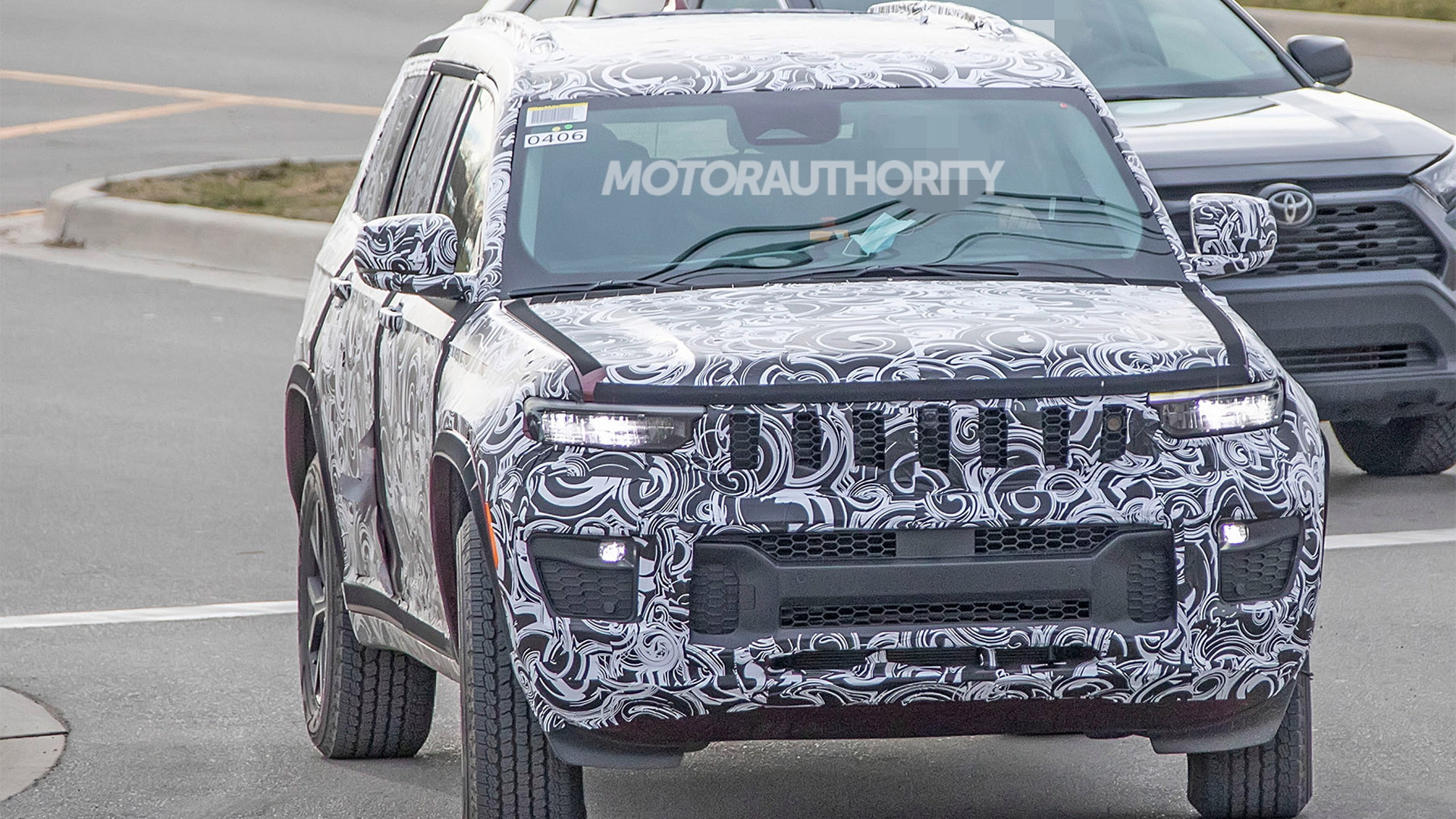 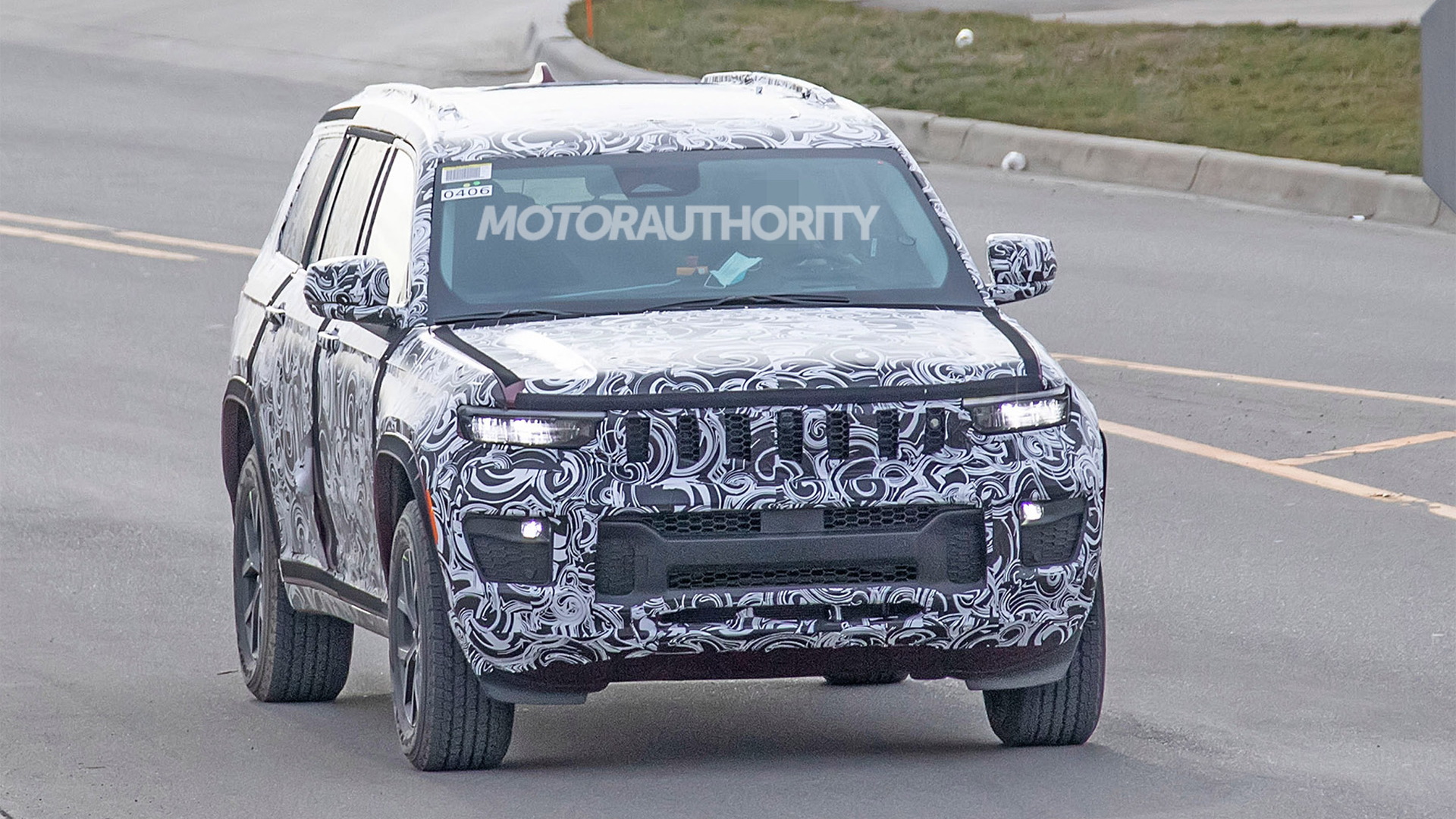 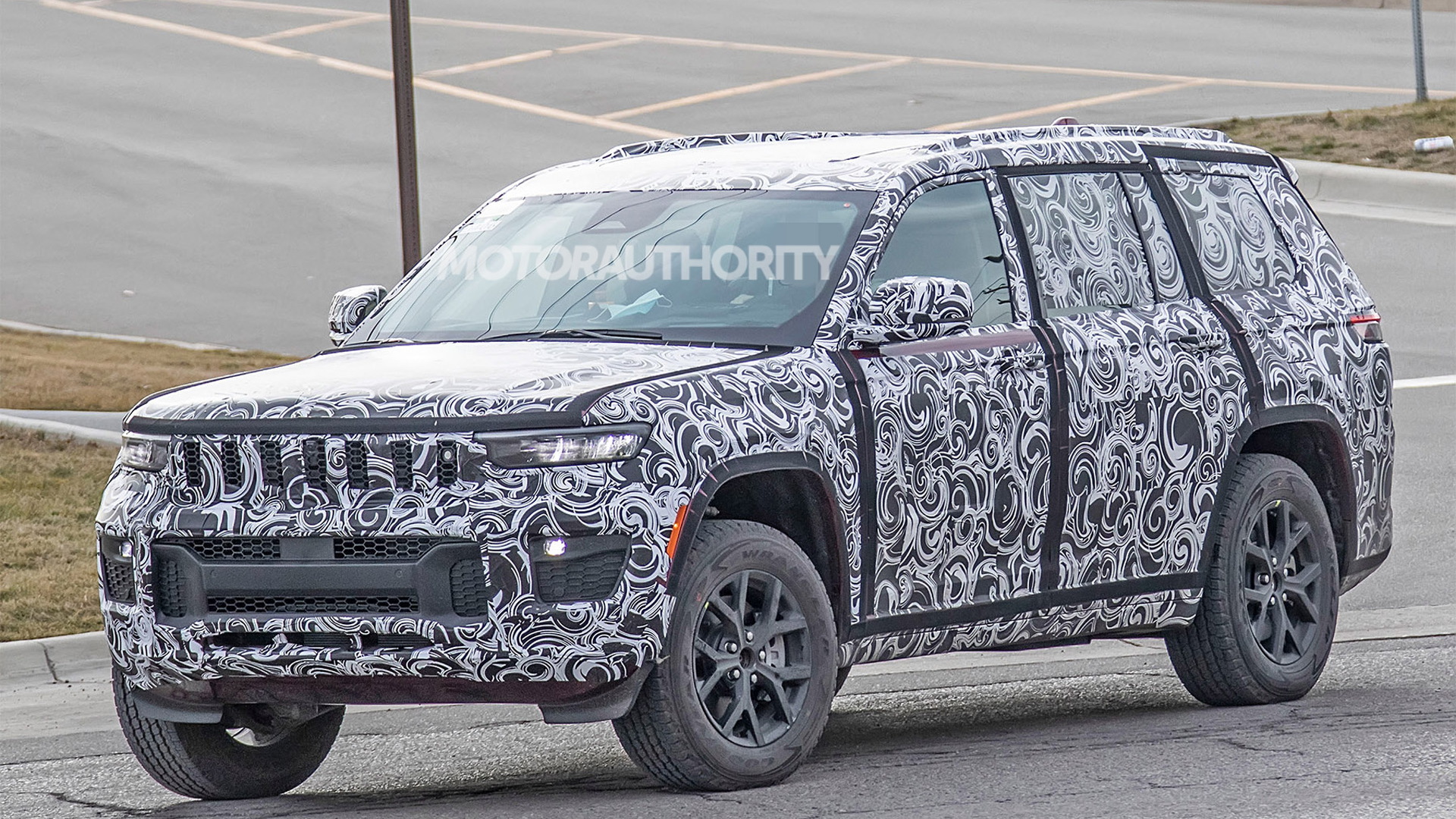 The new mid-size SUV is on track to be revealed in the first half of 2021 as a 2022 model, and it looks to be growing in size. The prototype is larger than the current Grand Cherokee, especially in the case of the wheelbase and rear overhang.

Styling appears to be following an evolutionary route, with Jeep's signature seven-slot grille up front and boxy wheel arches at the flanks. The headlights have taken on a slimmer theme, however.

Moving around to the rear, an independent suspension setup is clearly visible, and piping for the exhaust looks to have been tucked tightly for maximizing the departure angle, which is important for the Grand Cherokee's off-road chops.

Underpinning the vehicle is a modified version of Fiat Chrysler Automobiles' rear-wheel-drive, unibody platform that debuted in the 2017 Alfa Romeo Giulia, referred to internally as Giorgio. Former FCA CEO Sergio Marchionne confirmed the use of the Giorgio platform in 2018, stating at the time that it can support both two- and three-row SUVs. Yes, there will be both two- and three-row versions of the Grand Cherokee this time around.

In the powertrain department, expect a V-6 to remain the base option. Mild-hybrid and plug-in hybrid options are also planned, and hopefully we'll see a new generation of the Trackhawk packing a V-8. There will also be some level of self-driving capability, most likely a highway assist feature.

Buyers looking for a bigger Jeep will have a new option from next year in the form of a modern Wagoneer. The new Wagoneer, plus an extra-plush Grand Wagoneer, will be based on a body-on-frame platform shared with the latest Ram full-size pickup trucks. And they will be built at the underutilized Warren Truck Assembly plant just north of Detroit.