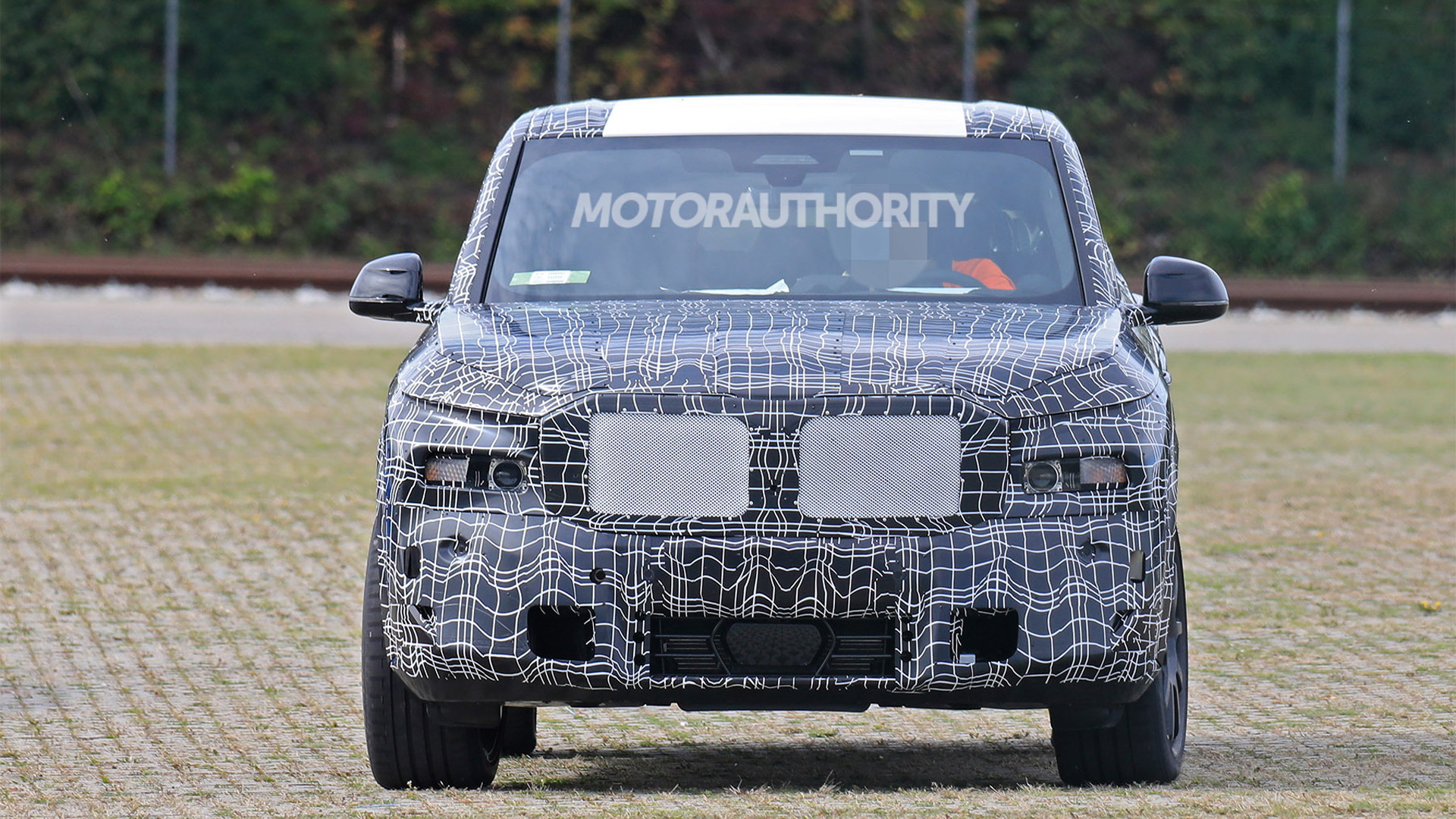 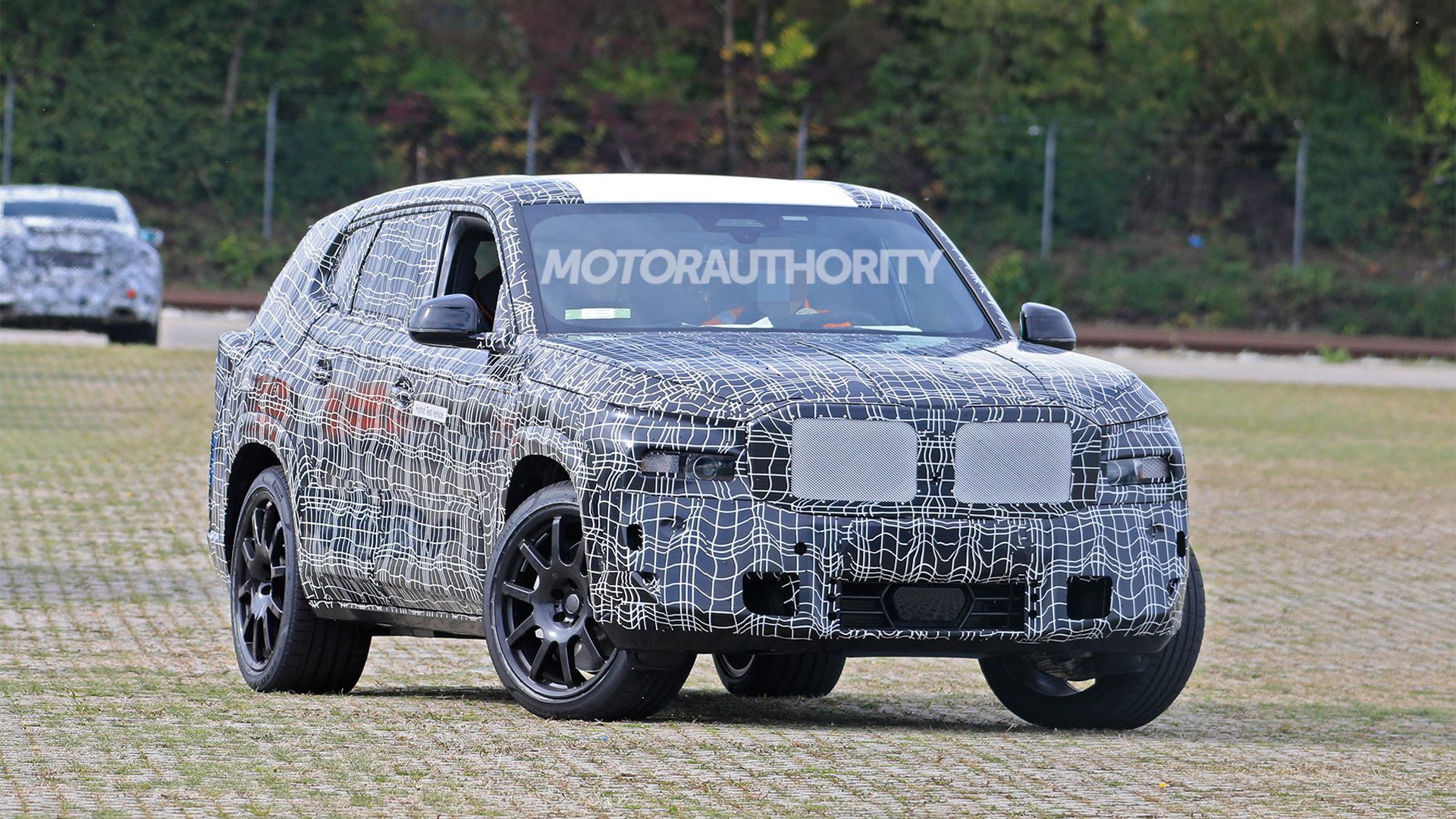 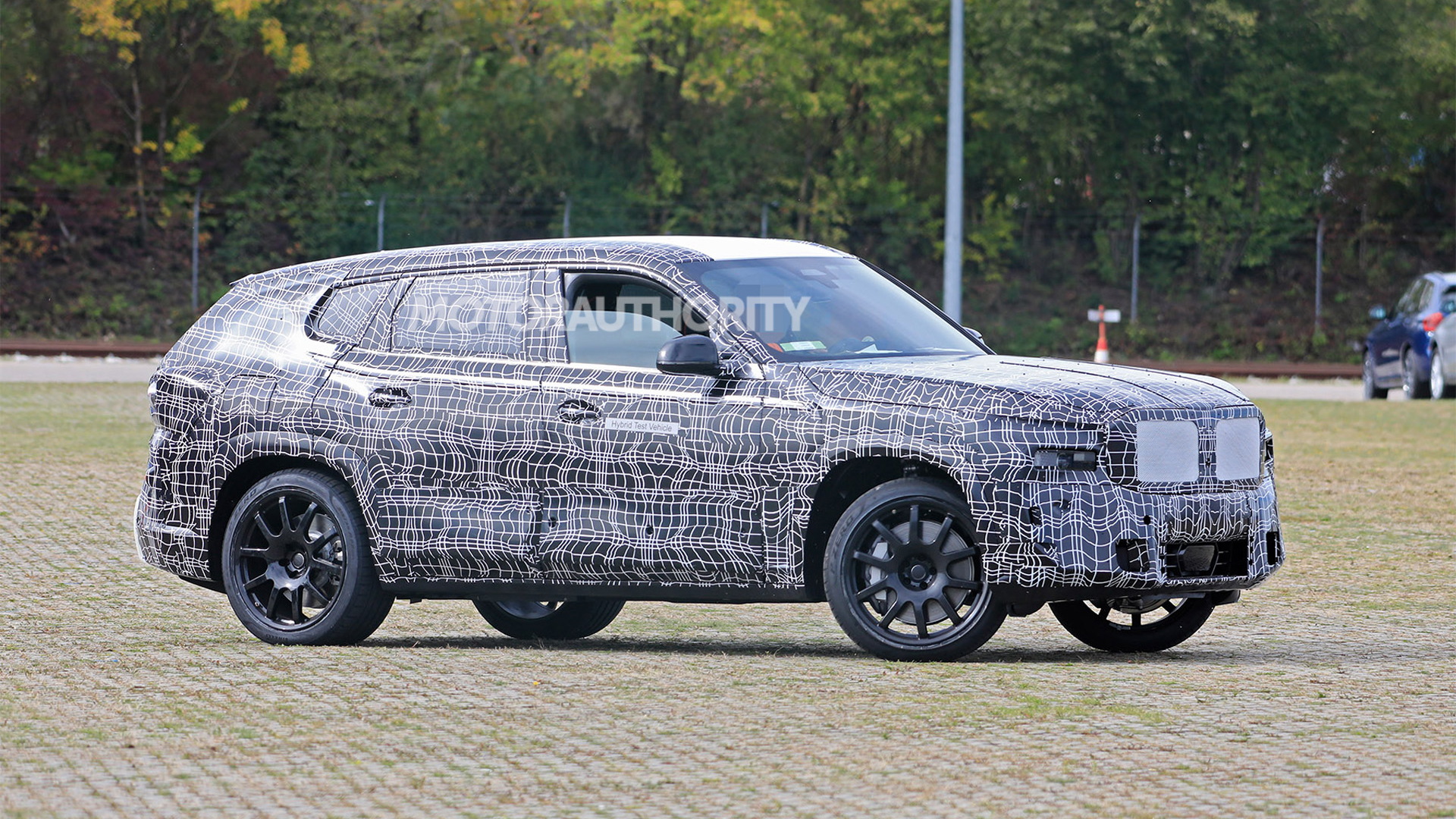 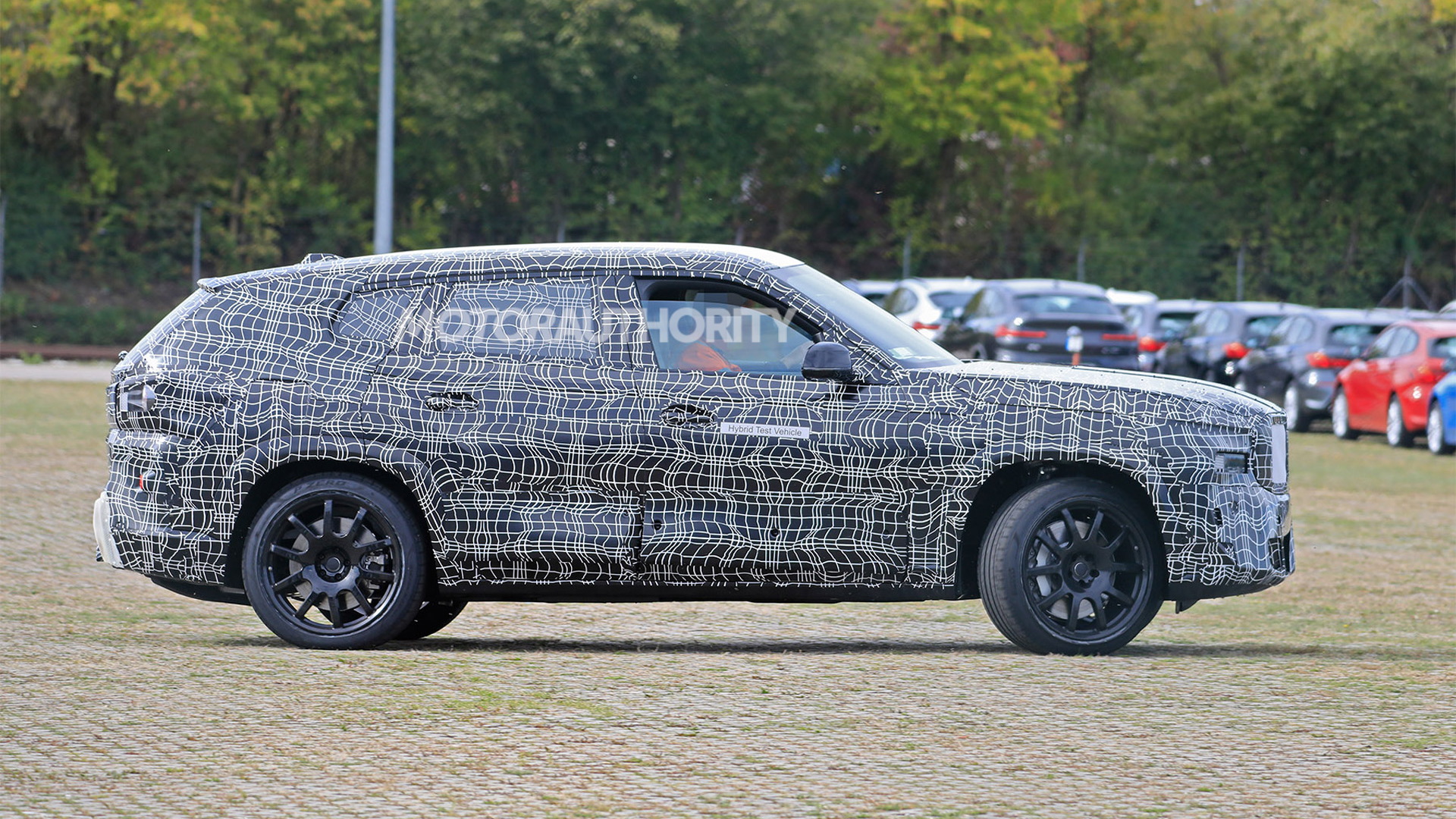 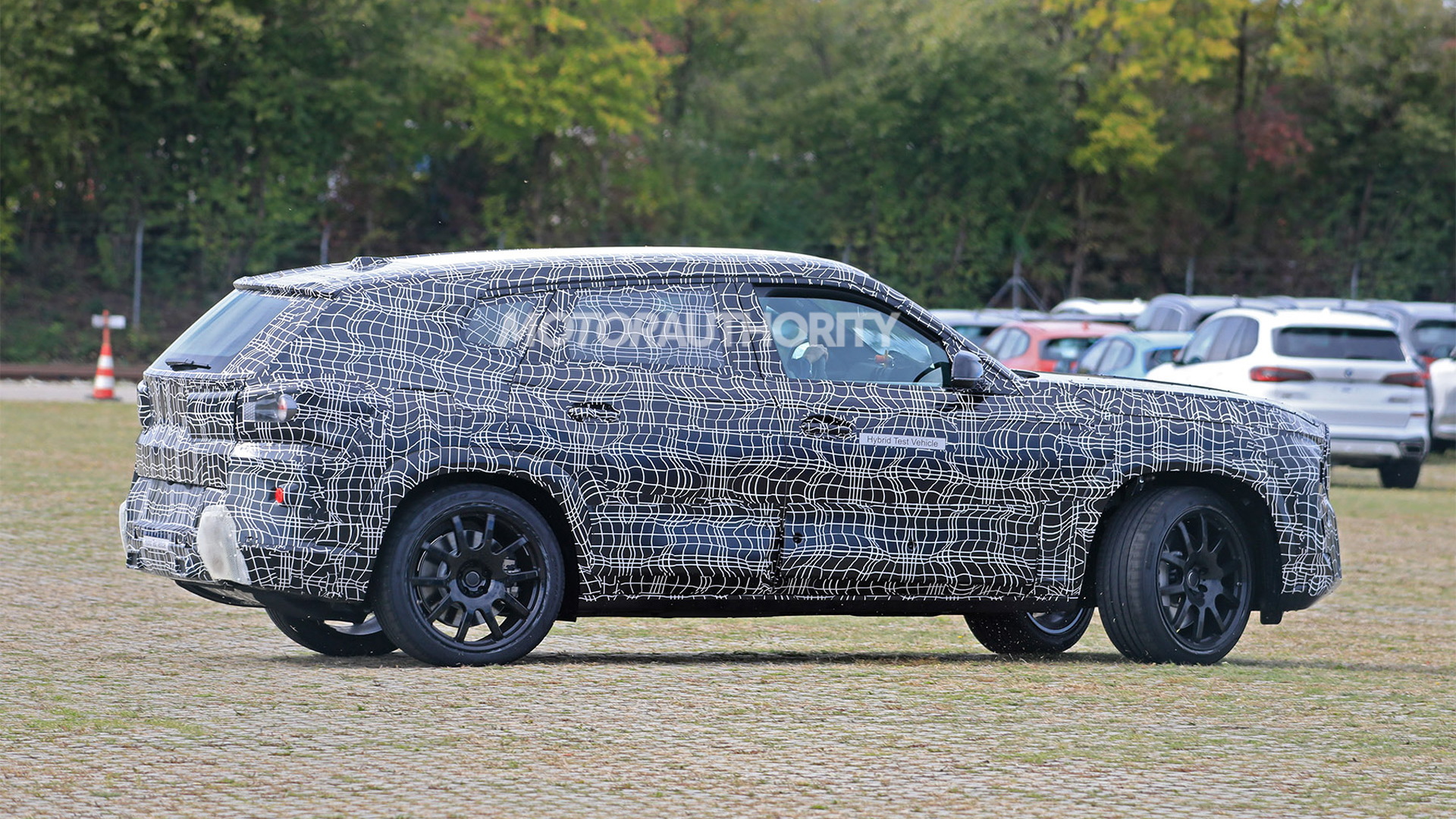 BMW is developing a new flagship SUV likely to be badged an X8.

It will be similar in size to the full-size X7 but with sportier, more dynamic proportions including a lower roof. And unlike the X7, the X8 will spawn a high-performance X8 M variant, at least if trademark filings are any indication.

Autocar reported Monday that an X8 M is definitely coming. The super SUV is reportedly due around 2022 with an electrified V-8 powertrain, specifically a plug-in hybrid setup with a combined output approaching 750 horsepower. Such an output would make the X8 M the most powerful BMW road car yet.

According to Autocar's sources, the X8 M will have a single electric motor generating 200 hp. If the engineers go with BMW's existing plug-in hybrid design, the electric motor will be sandwiched between the V-8 and transmission. Porsche has been offering such a powertrain for years in the Turbo S E-Hybrid versions of the Panamera and Cayenne. The powertrain is also destined for future Mercedes-AMG models, where it is expected to deliver over 800 hp. AMG's first application will be a new range-topper for the GT 4-Door Coupe.