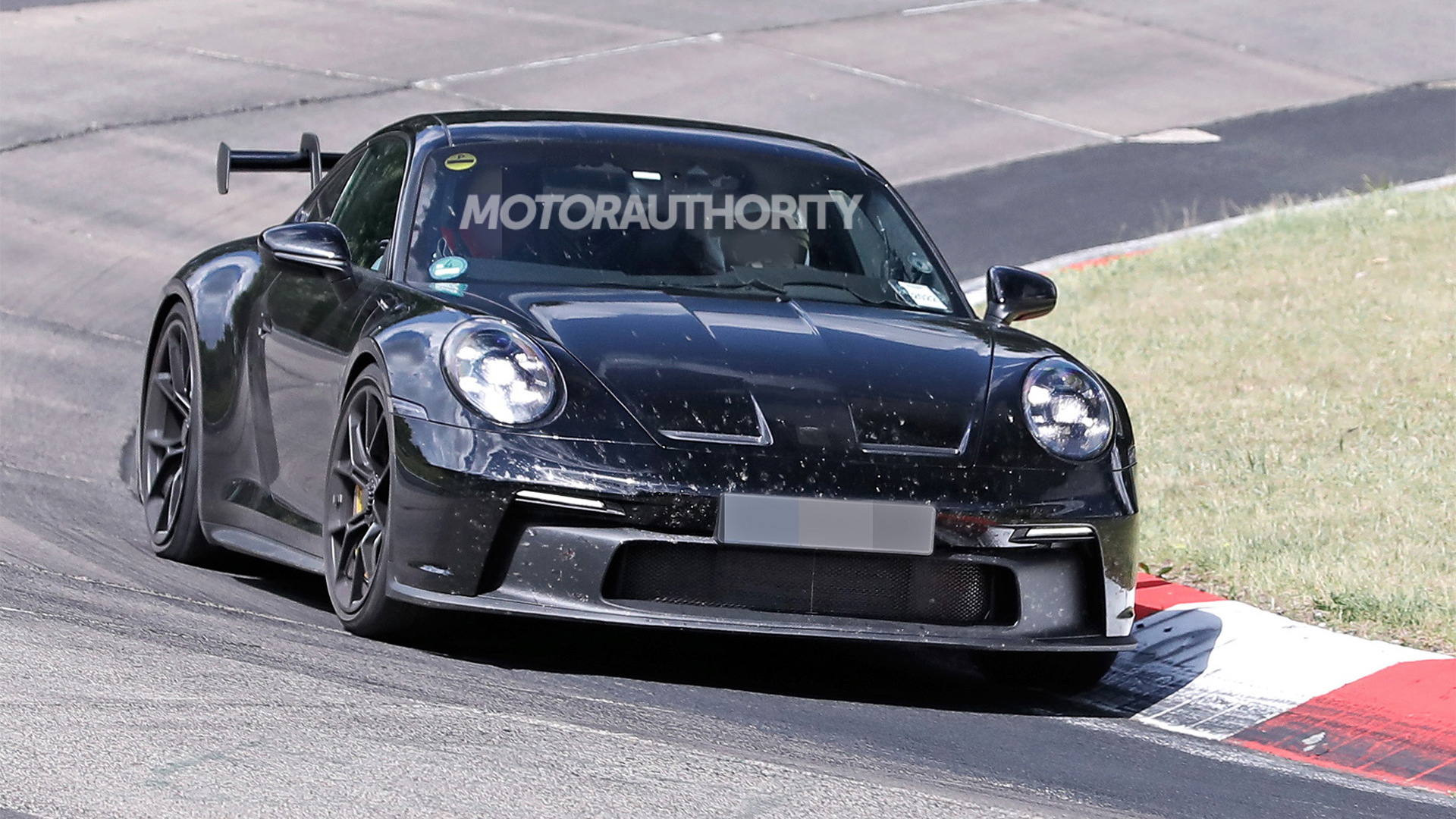 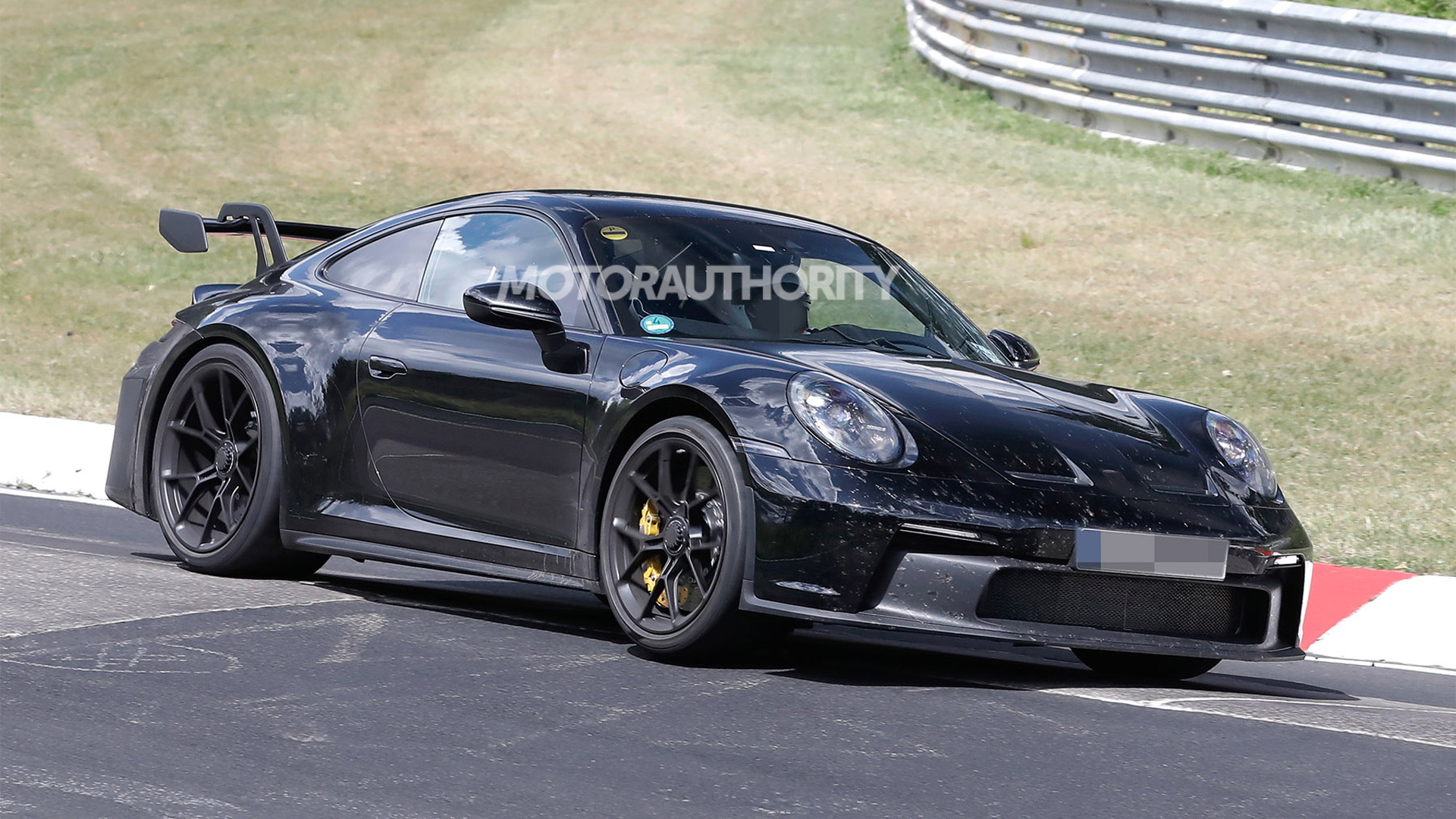 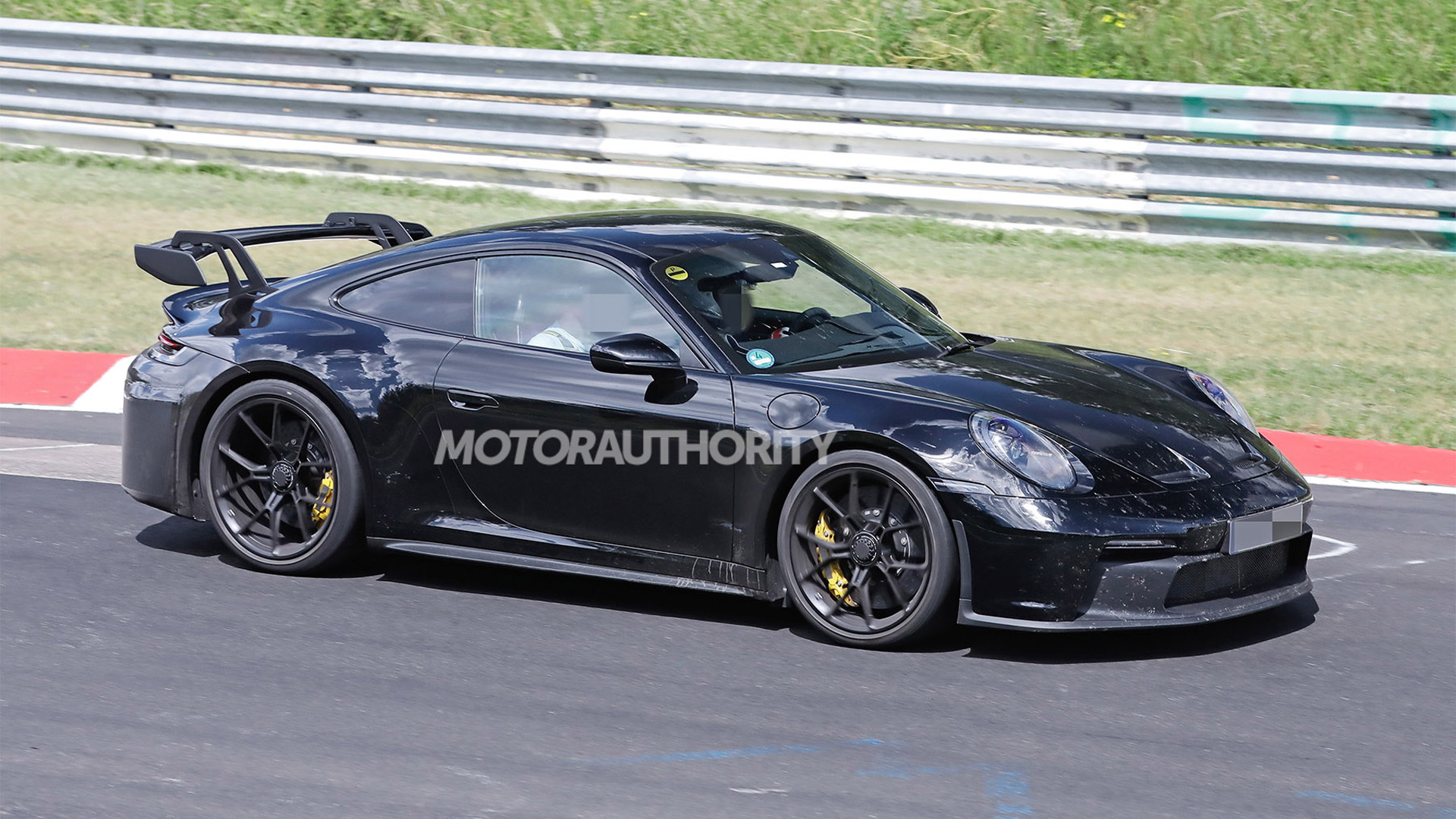 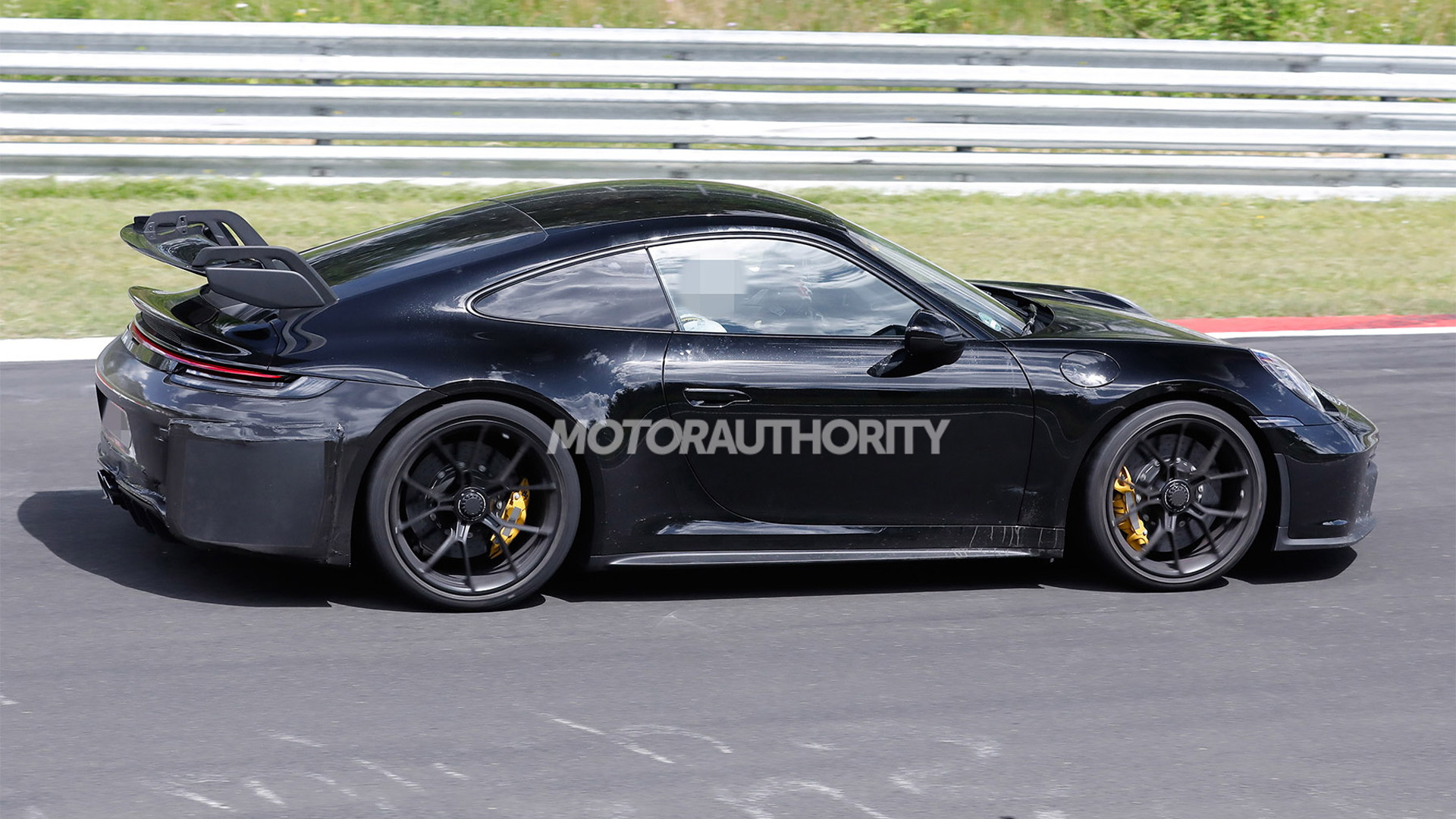 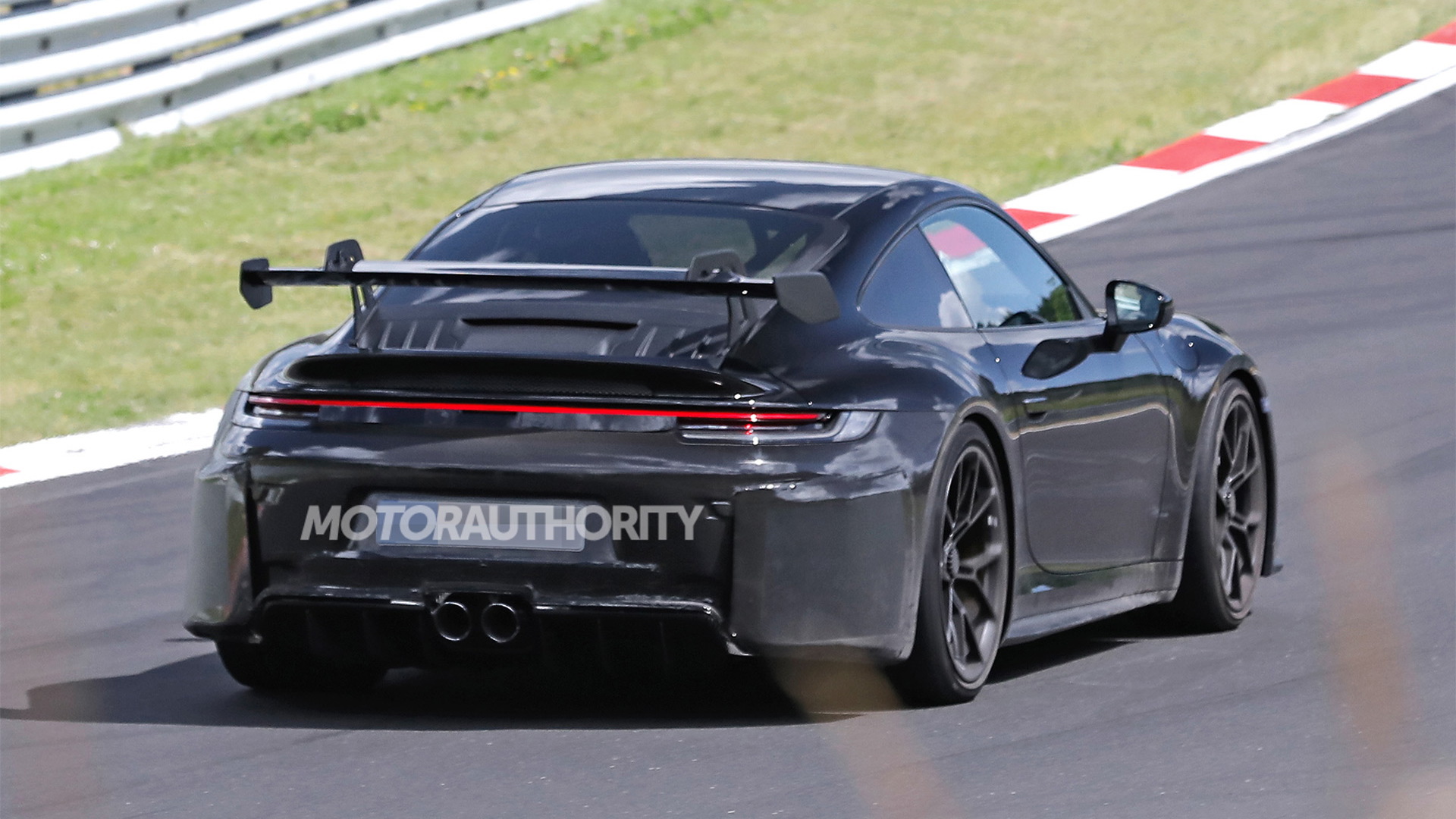 Porsche's latest 911 GT3 only arrived for the 2022 model year but an updated version has just been spotted testing.

The update looks to be a mild one and likely coincides with the planned update for the full 992-generation range. Prototypes for the updated 911 Carrera and 911 Turbo models have already been spotted, including new hybrid variants of both.

We currently expect the updated range, referred to internally as the 992.2 generation, to start arriving next year as 2024 models.

Key among the updates is expected to be a revised dash sporting a fully digital instrument cluster, similar to what we see in the Taycan.

Specific updates to the GT3, judging by this prototype, will be a revised rear end. The rear fascia is completely concealed, and there looks to be extra camouflage gear on parts of the diffuser near the exhaust tips.

It isn't clear what Porsche has planned for the mechanicals but a slight uptick in power is normally included with such updates. The GT3 currently comes with a 4.0-liter flat-6 delivering a peak 502 hp and 346 lb-ft of torque. Power is to the rear wheels via a 7-speed dual-clutch automatic or 6-speed manual.

Before the updated GT3 arrives, Porsche will launch a more hardcore 911 GT3 RS model. The latest prototypes for the GT3 RS are completely devoid of camouflage gear, suggesting the debut is imminent.

While the GT3 is closely related to Porsche's 911 GT3 Cup race car, the GT3 RS takes after the more extreme 911 GT3 R racer. Porsche has also been spotted testing the new GT3 R based on the 992-generation 911, with the race car's development likely closely associated with this new GT3 RS.