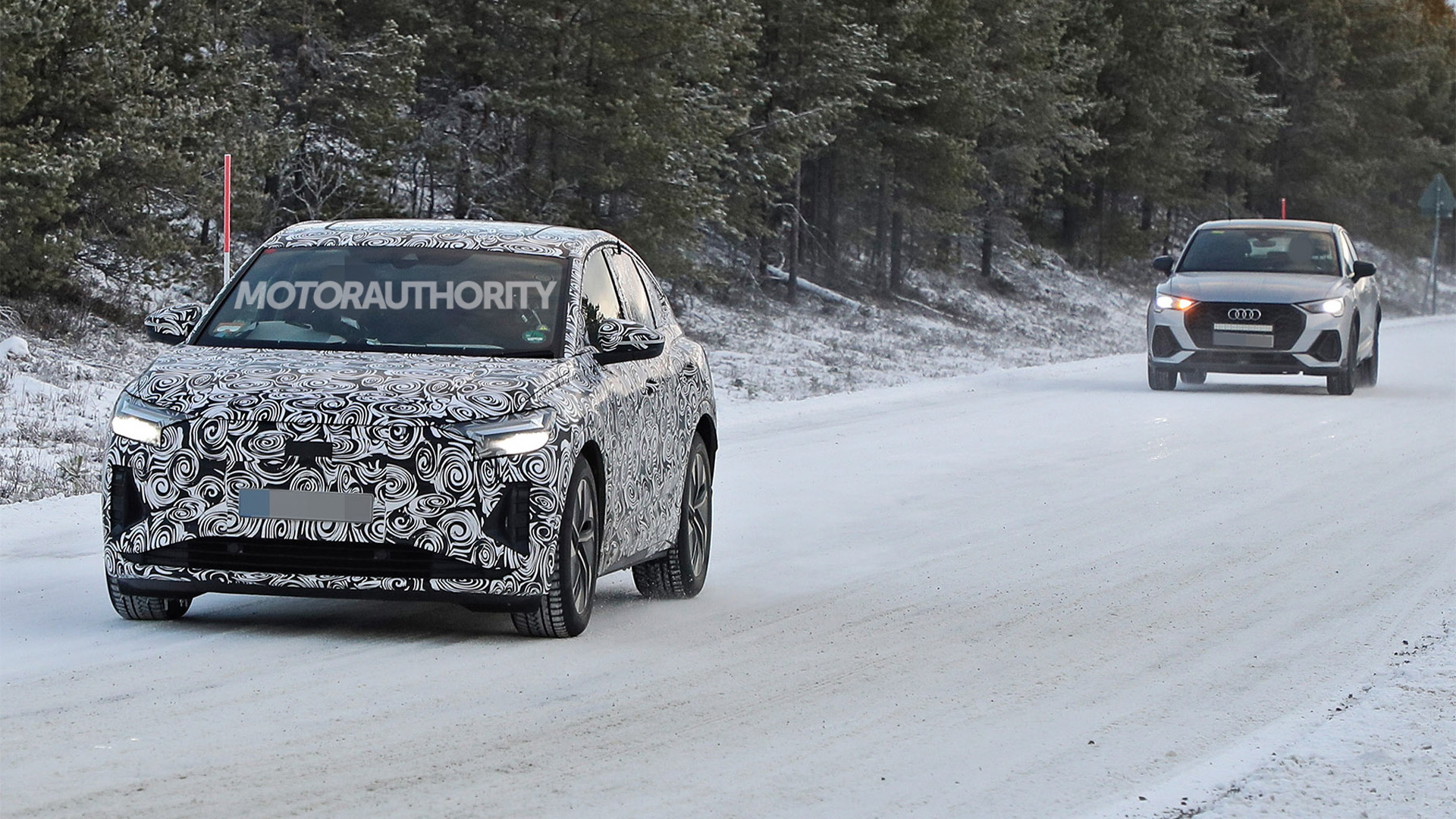 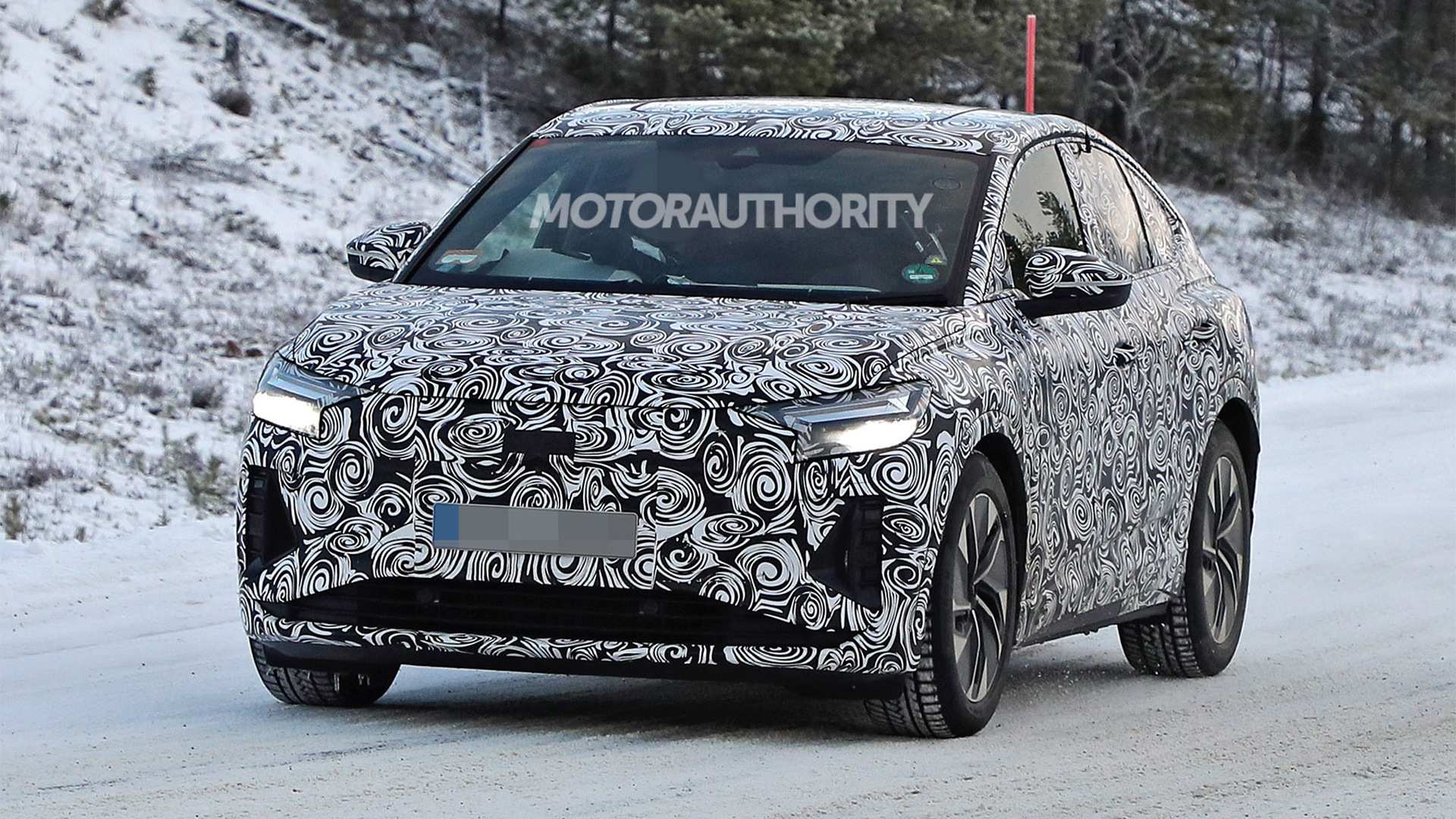 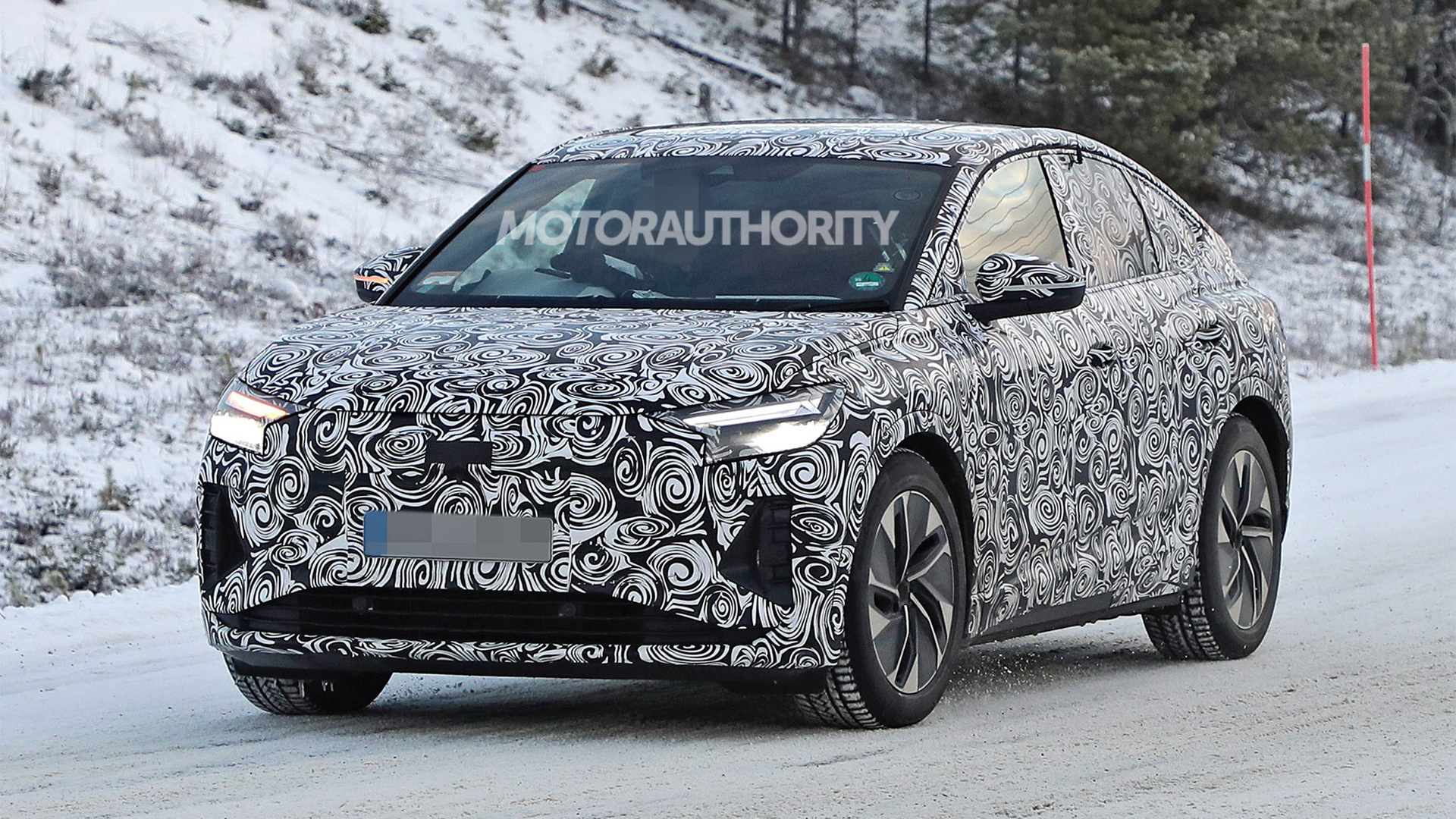 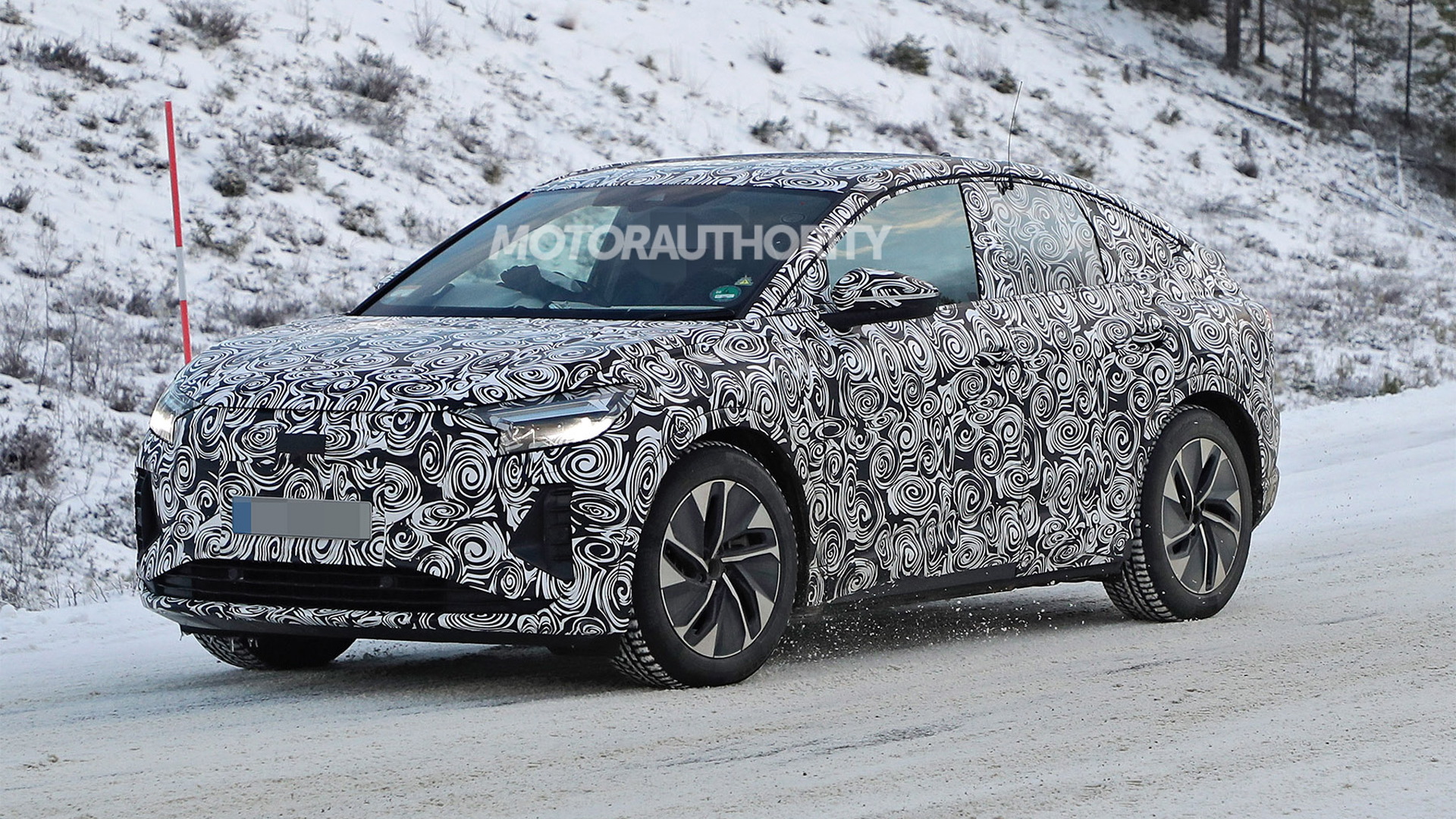 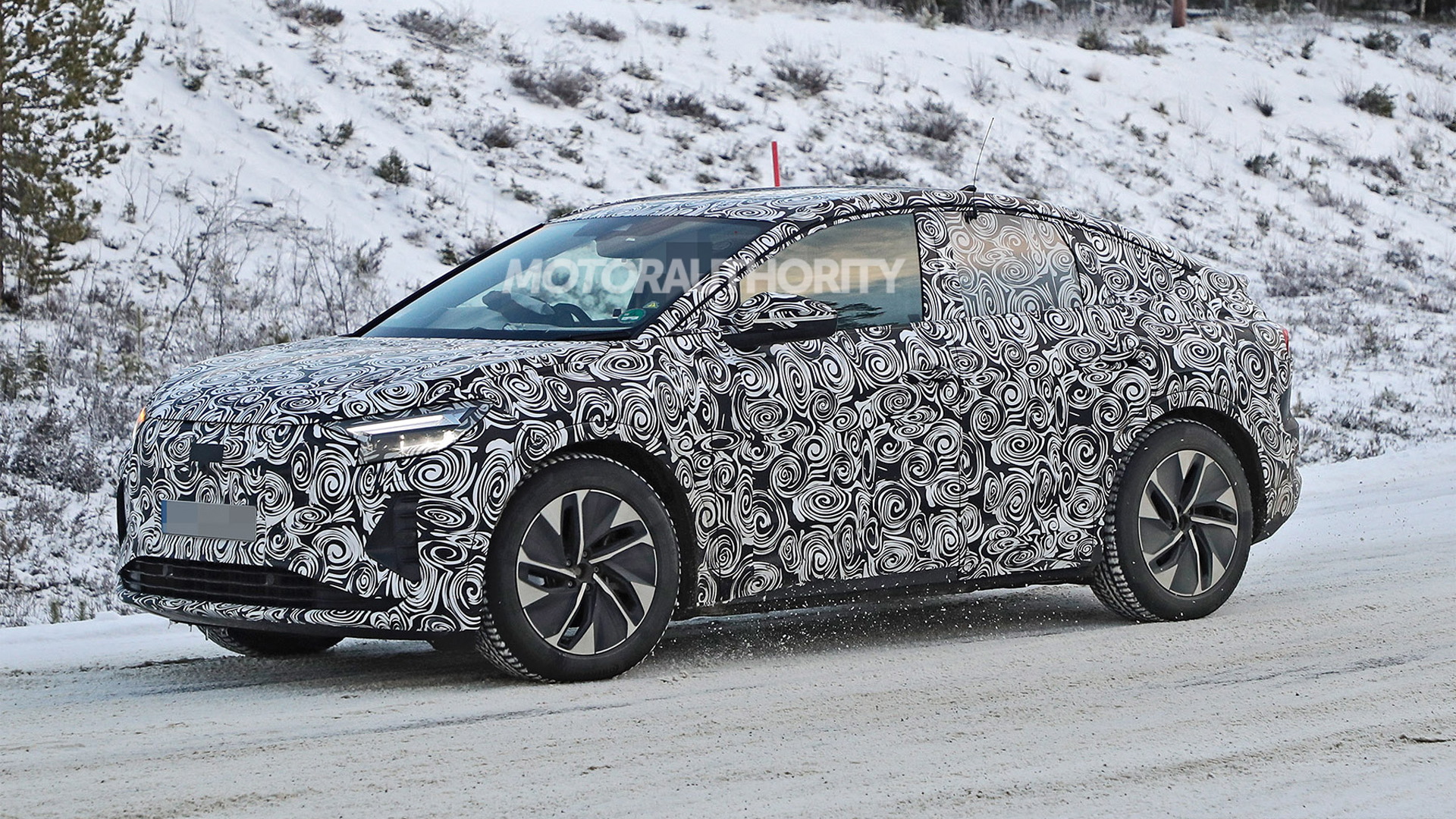 Audi is set to unveil a battery-electric compact crossover SUV dubbed the Q4 E-Tron shortly. A coupe-like version brandishing Audi's Sportback designation is also coming, and a prototype has just been spotted. Think of it as a smaller version of the E-Tron Sportback that's just gone on sale.

The Q4 Sportback E-Tron is expected to launch shortly after the regular Q4 E-Tron. A concept was unveiled last July and, judging by the prototype, the production version will closely resemble the striking show car.

Underpinning both Q4 variants is Volkswagen Group's MEB modular EV platform. The platform debuted in 2019 in the Volkswagen ID.3 compact hatchback sold overseas and has since appeared in the VW ID.4 that will be on sale shortly. The latter is a compact crossover with similar dimensions to the Q4. The ID.4 will also have its own coupe-like variant.

For the Q4's interior, the concept points to a digital instrument cluster and large infotainment screen being present. Hopefully there will also be a few physical buttons for frequently used functions, such as the climate settings.

There will be multiple powertrain configurations offered in the Q4 range. One we know is coming is a dual-motor system delivering a total 302 horsepower. This should be enough for 0-62 mph acceleration in 6.3 seconds and a top speed of 112 mph. A spicier Q4 E-Tron S grade is a possibility.

As for the battery, expect the range-topping option to be an 82-kilowatt-hour unit good for about 250 miles of range. Charging should be at a maximum 125 kilowatts, which will enable the battery to be charged to 80% capacity in around 30 minutes.