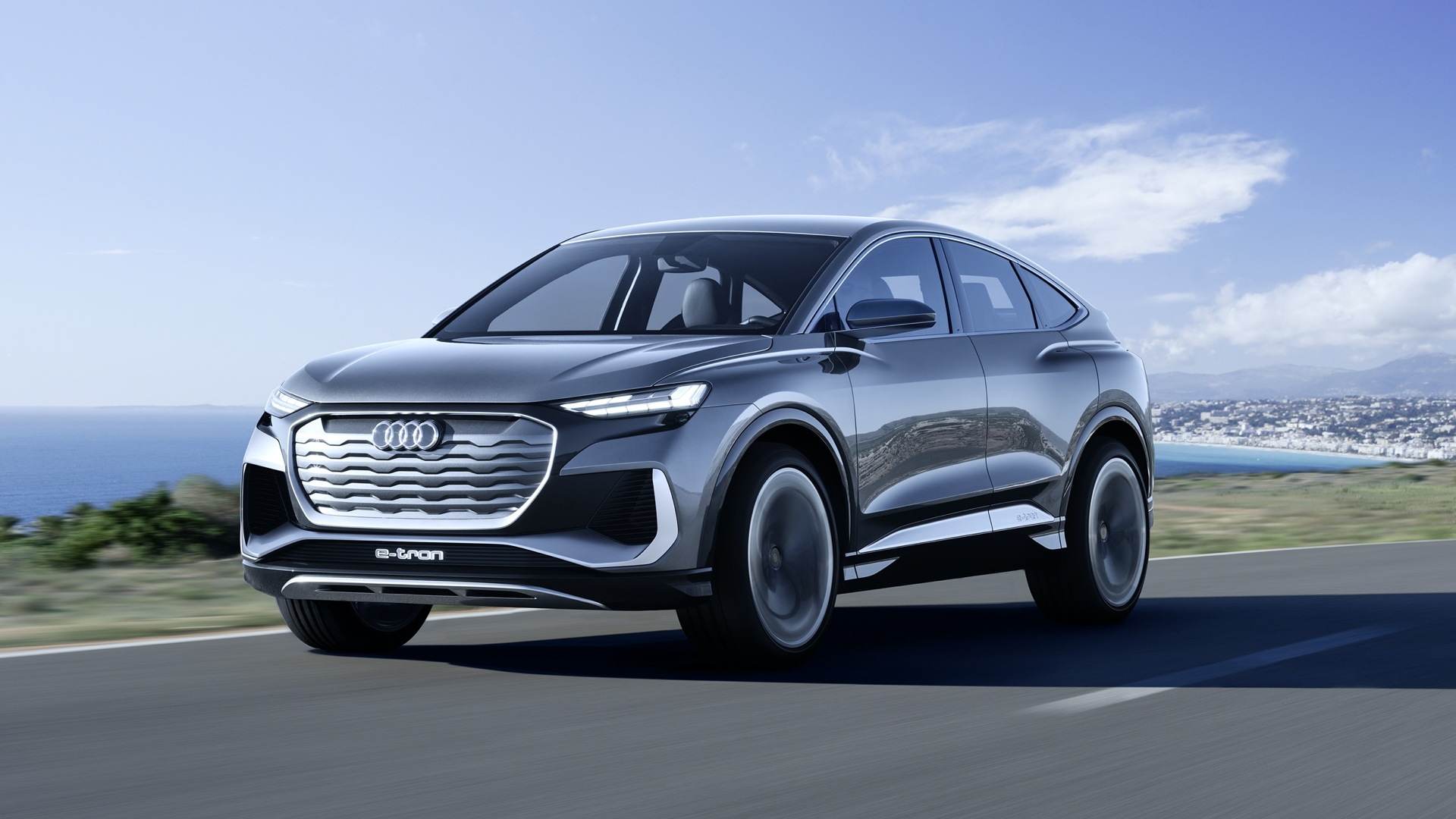 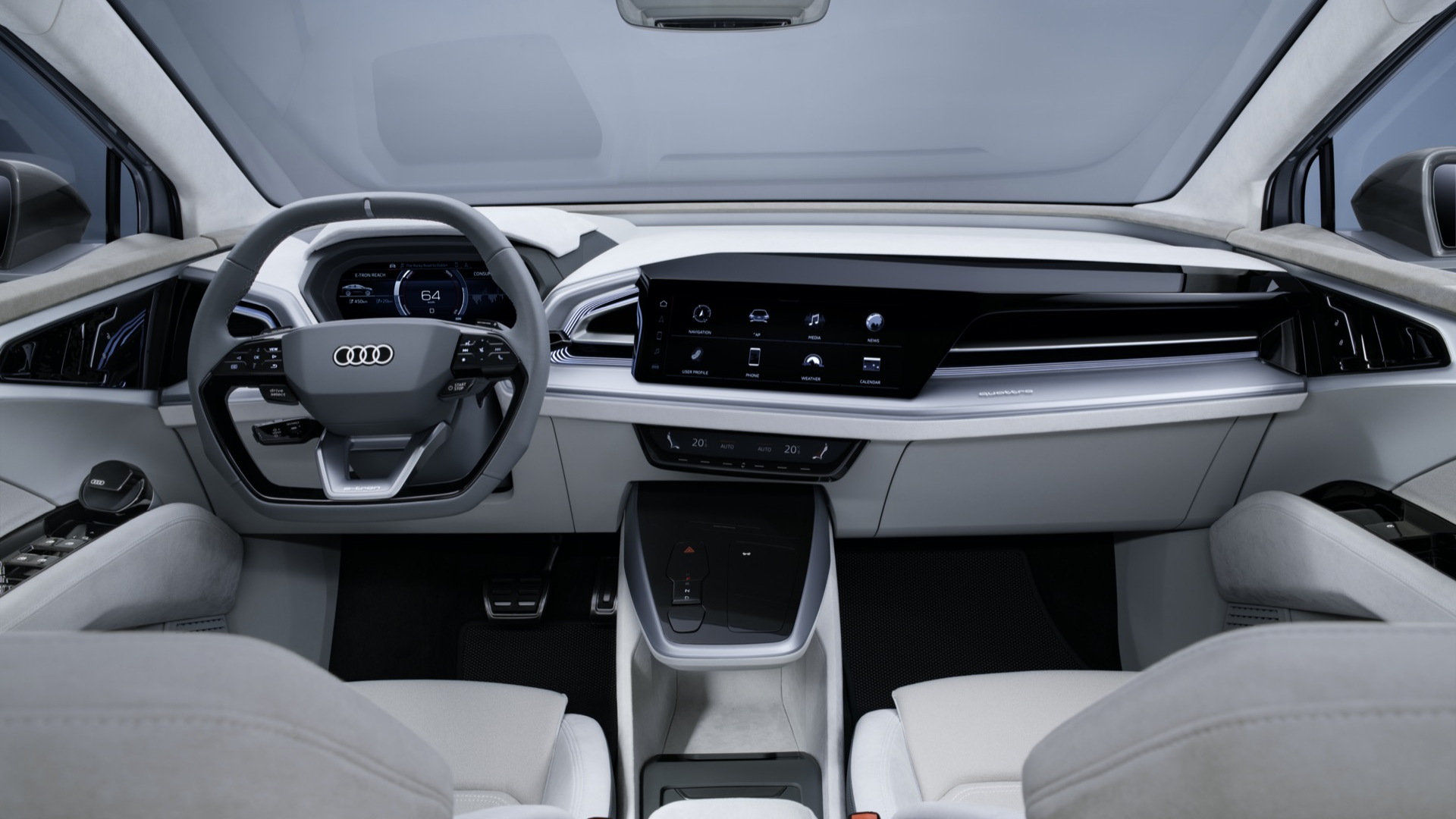 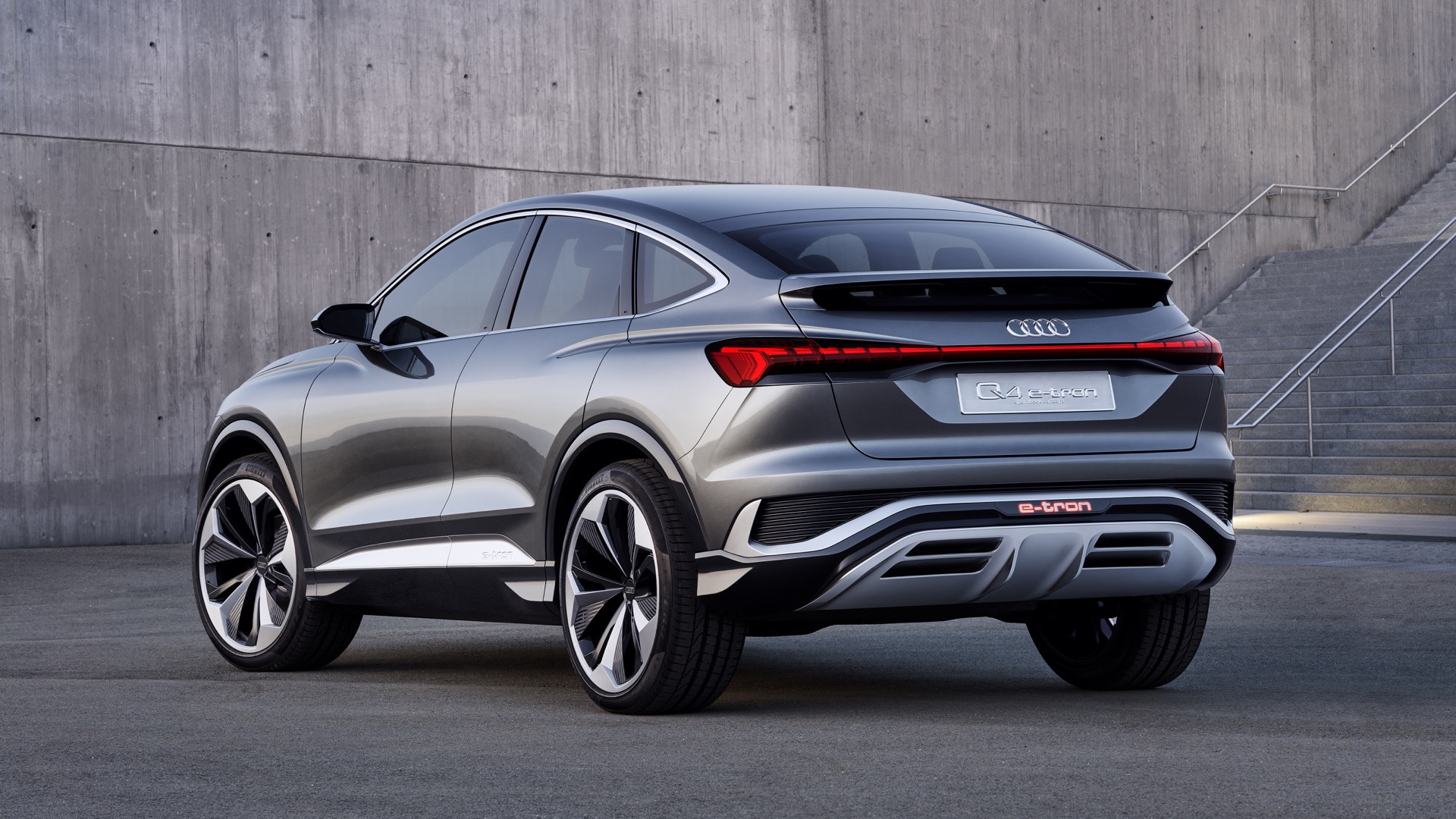 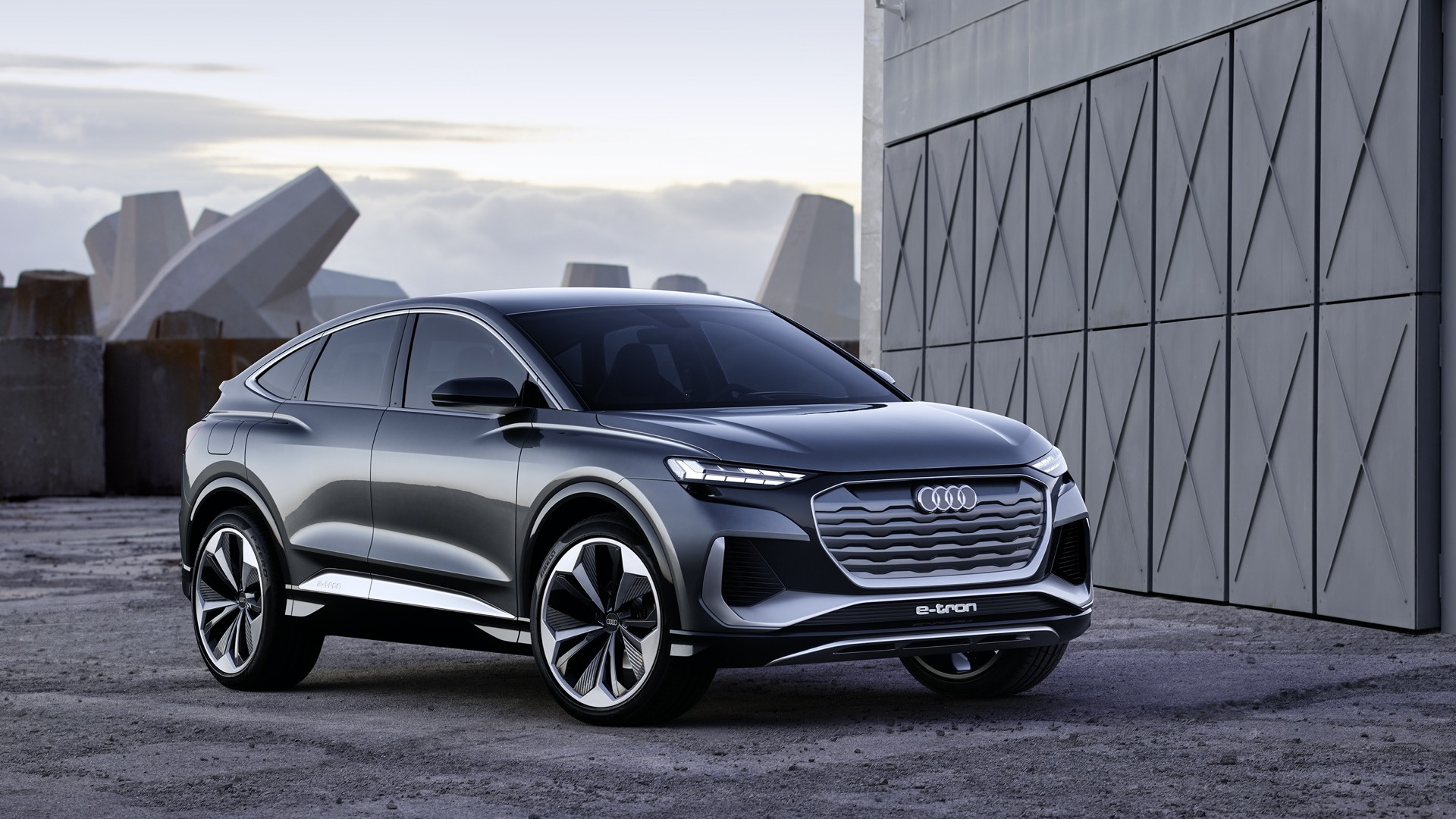 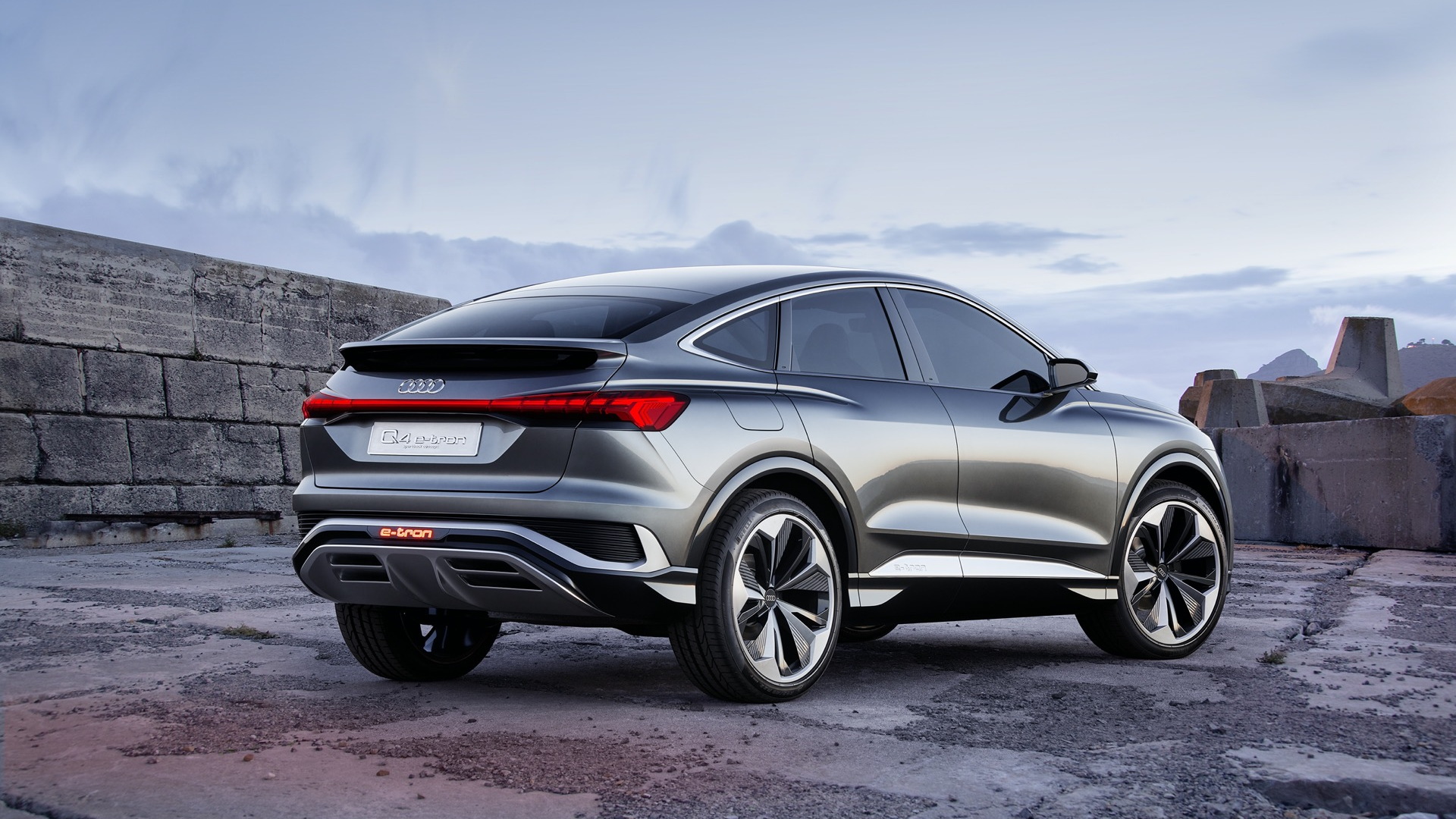 As Audi rolls out electric vehicles to cover much of its model line and fill the gaps between its existing models, it’s preparing to offer just as much flexibility in body styles as you’ll find if gasoline is your preference.

The Audi Q4 Sportback E-Tron concept introduced Tuesday follows a design theme that Audi terms “dynamic elegance,” standing in contrast to the pragmatic take of the Q4 SUV concept, which was introduced at the 2019 Geneva motor show..

In a sneak peak before the Q4 Sportback’s  official reveal, Audi also called its two production-bound Q4 models “a cornerstone in the electrification strategy” for the brand. The Q4 Sportback and the Q4 SUV are effectively two sides of the same coin but may appeal to customers with very different priorities.

The upcoming Q4 E-Tron models could make more inroads for the brand and its electric-vehicle push by offering far more luxury and refinement than you’re likely to find in the Tesla Model Y or Ford Mach-E, for about the same price.

Choice is a part of it, too. Distinct body styles are going to be part of the new norm afforded by going all-electric, partly because conceiving them is easier. Unlike what underpins the larger E-Tron SUV and E-Tron Sportback, the modular toolkit (MEB) shared by Volkswagen and Audi for smaller and more affordable electric models is designed to accommodate a bevy of body styles and customization—as these brands have shown with countless concept cars from the Volkswagen ID Buggy to the ID Buzz.

The Q4 Sportback and SUV start and end with roughly the same dimensions but are unique in profile, each with its own distinct roofline. While the SUV has a chopped-off look in back, with more rear glass—and likely cargo space and visibility—the Sportback’s roofline follows a smooth arc at the side pillars, as if it were traced along a French curve.

The Sportback’s roofline makes the most of the at-the-corners  positioning of the big 22-inch wheels and articulated fenders, which according to Marc Lichte, the head of Audi design, look like four muscles at the corners. And the vehicle as a whole is unusual, Lichte notes, as it puts “a very sporty and slim roofline, on a very robust SUV body.”

The floor of the Sportback concept is made of recycled materials, with a light, warm color scheme and white and beige microfiber materials on the dash. A 12.3-inch touchscreen stands atop the instrument panel, canted toward the driver, and an “augmented reality” head-up display pushes turn-by-turn directions and other assistance cues to the windshield.

The Sportback has dual motors, with a total output of 302 horsepower. A rear permanent-magnet motor delivers 201 horsepower and 229 pound-feet of torque and the front asynchronous motor supplies 101 hp and 111 lb-ft of torque.

Audi notes that this version reflects  the top trim of the upcoming 2022 Audi Q4 production model. It says the Q4 accelerates from 0-62 mph in 6.3 seconds and to a top speed of 112 mph.

The suspension consists of a front strut, rear multi-link suspension layout with adaptive damping, and the company claims a weight distribution close to 50/50. Range from the 82-kwh battery pack is 280 miles according to the European WLTP standard, with the potential for a fast-charge to 80% in just over 30 minutes. Expect less range in the U.S.

Partly due to the roofline and the spoiler at its tail, the Sportback’s coefficient of drag is 0.26, versus 0.28 for the SUV, which suggests this body style might do a bit better in driving range.

The Q4 E-Tron lineup will go into production just a year from now, which will give prospective buyers enough time to mull which of these choices is best for their  garages.