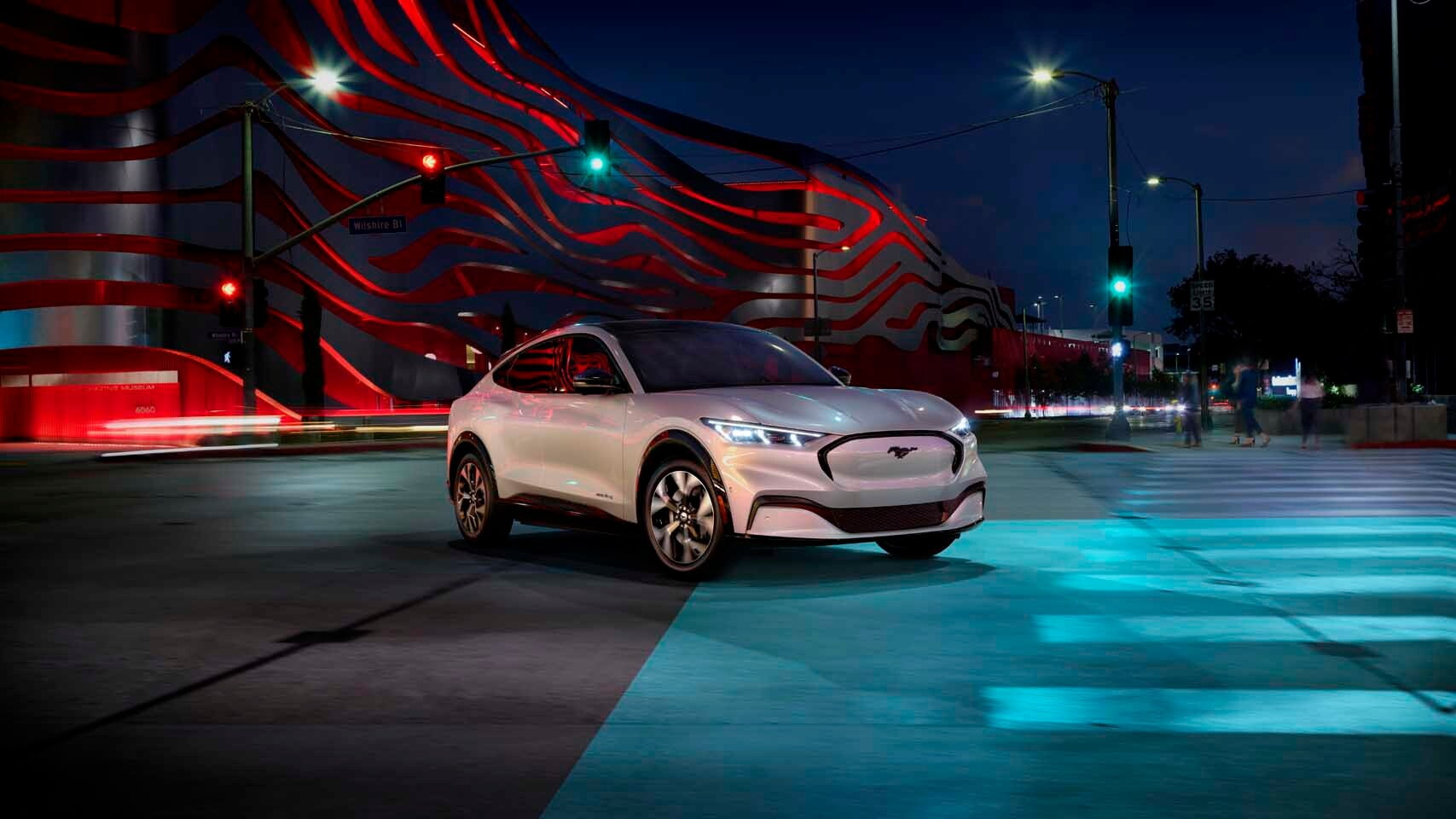 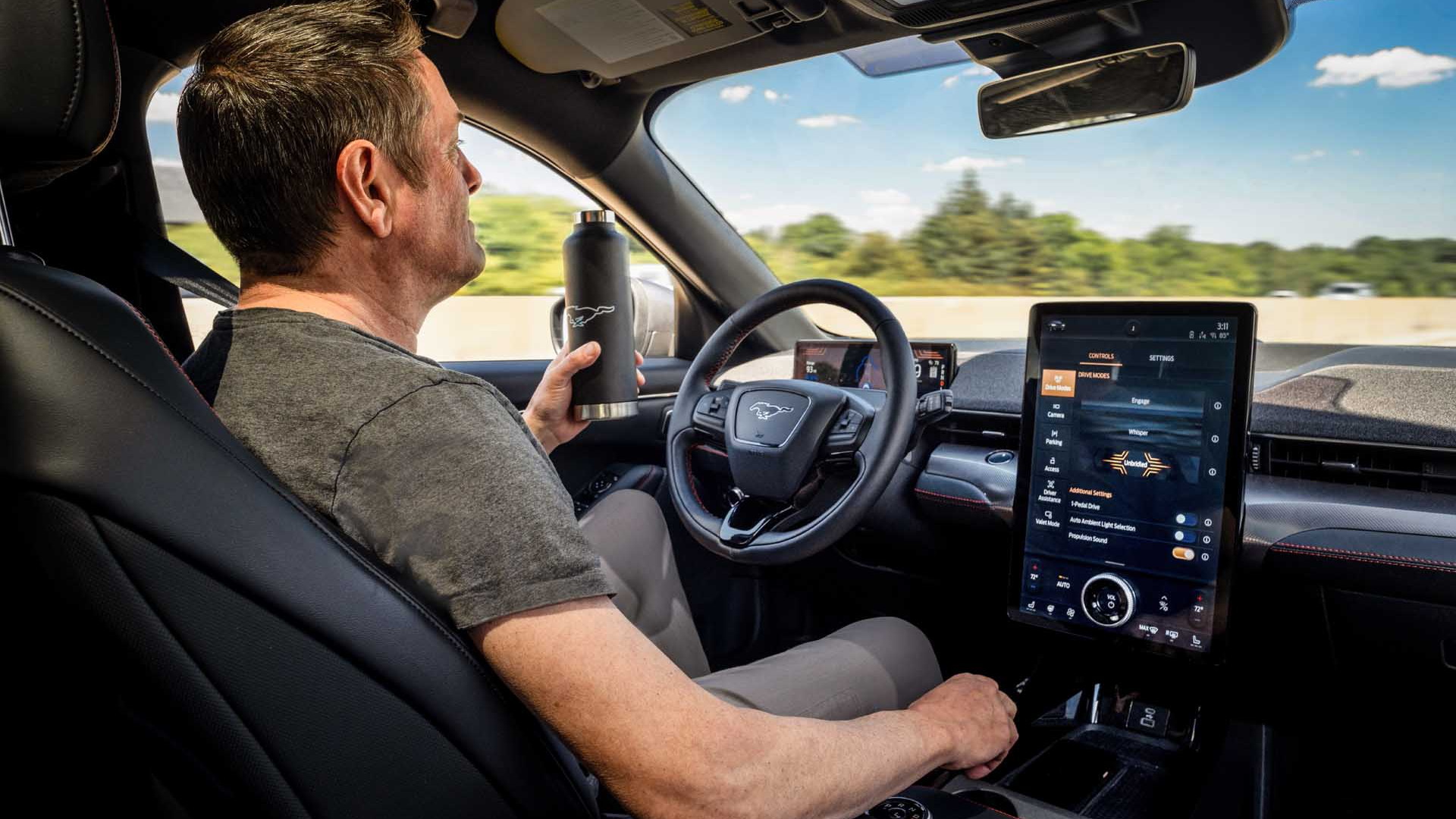 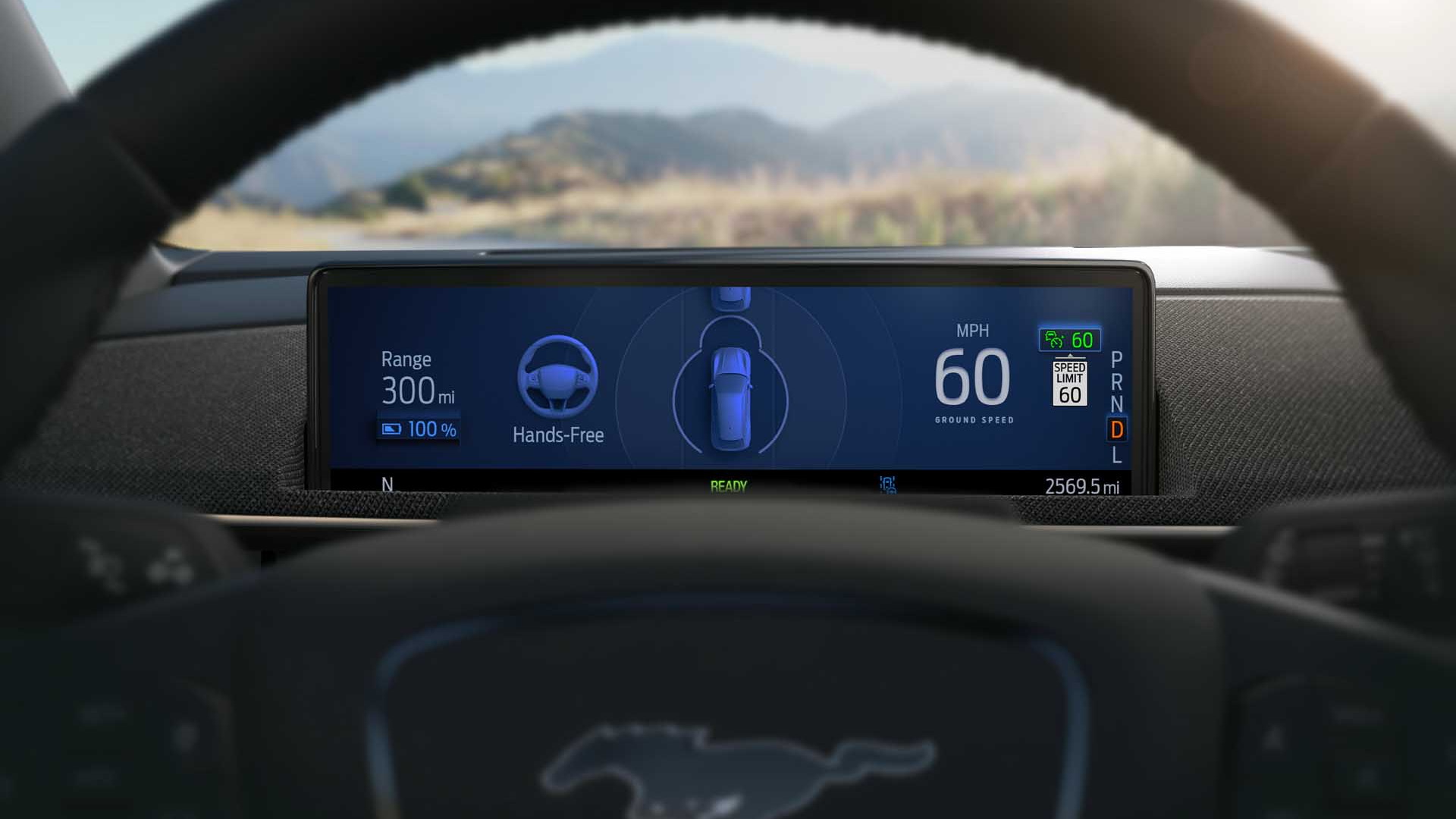 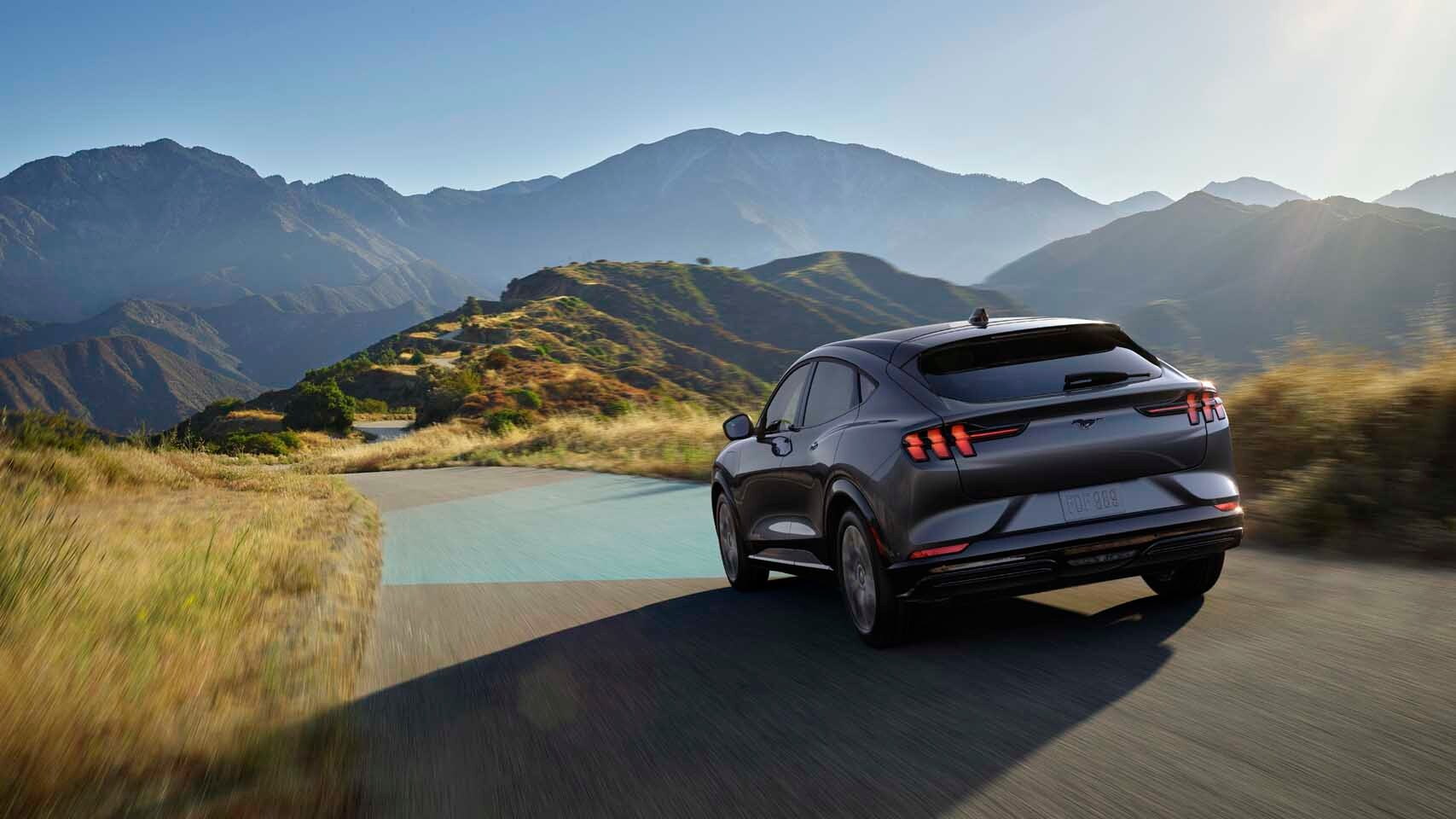 Heads up: If the first all-electric crossover from Ford getting a Mustang name rankled you, this next part may sting a little more.

Ford on Thursday detailed how its 2021 Ford Mustang Mach-E will drive itself for indefinite stretches along highways next year. It's a first from the Blue Oval—a Mustang that drives itself—so we'll let that marinate for another minute or so.

Dubbed Active Drive Assist, the feature will be available on the all-electric Mach-E via an over-the-air software update in the second half of next year. Buyers will have to order hardware from the factory first and then enable the software, Ford officials said, which means that not all Mach-Es will be able to access the feature after they've driven off the lots.

In other words, prepare to open that wallet at least twice. Ford didn't say if the software will be a one-time purchase or subscription based, but did say the price will be "competitive" among rivals.

Those rivals include Tesla's Autopilot and crosstown-rival GM's Super Cruise, with which Ford's driver-assistance system shares many similarities. Like Super Cruise, Active Drive Assist is a Level 2 system that requires driver intervention in an emergency (Autopilot is also a Level 2 system, despite its name) and monitors attention via driver-facing cameras. Ford says its infrared cameras can penetrate sunglasses and even recognize drivers wearing masks.

If the driver is unresponsive, Ford says the system will slow the Mach-E in its lane, eventually to a stop.

Also similar to Super Cruise: Ford's system is limited to divided highways mapped by the automaker, which will include more than 100,000 miles of roadway when the system arrives. Ford says highways in all 50 states and Canada will be ready for the system, but didn't discuss when more roads will be added.

Ford's driver-assistance system likely will appear on many other models from the automaker, including the new F-150 that debuts later this month, although officials didn't tip what those cars will be.