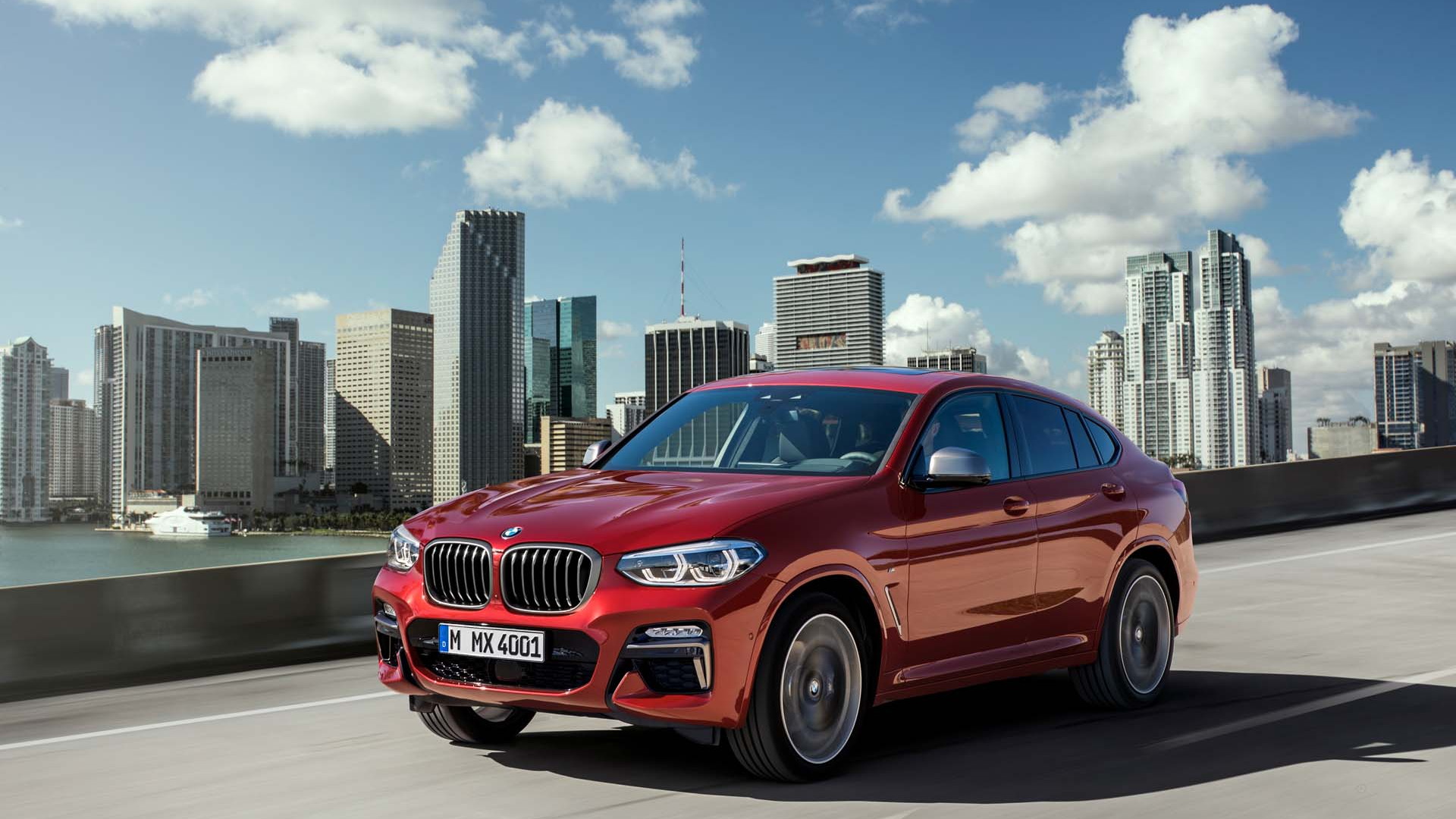 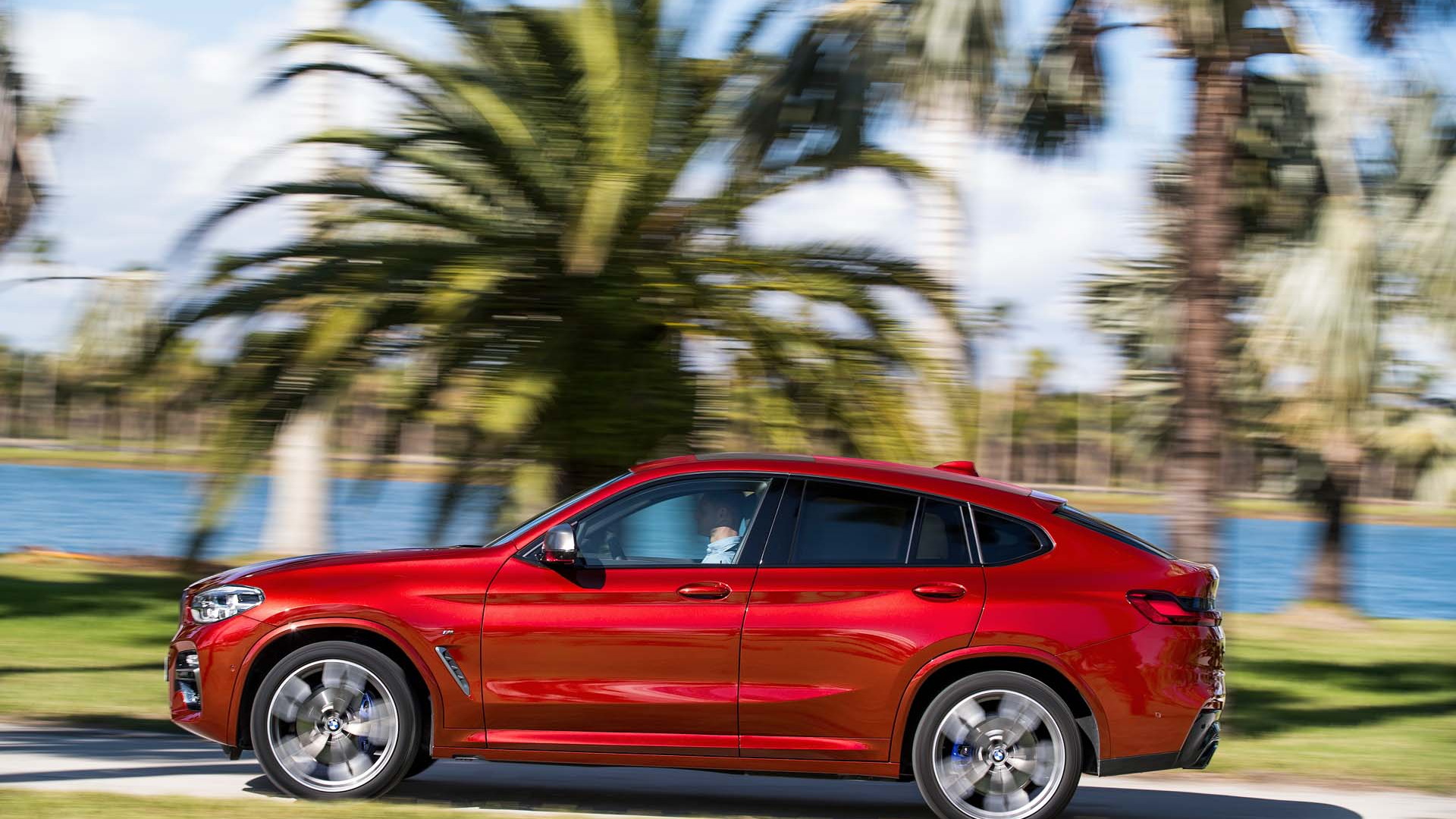 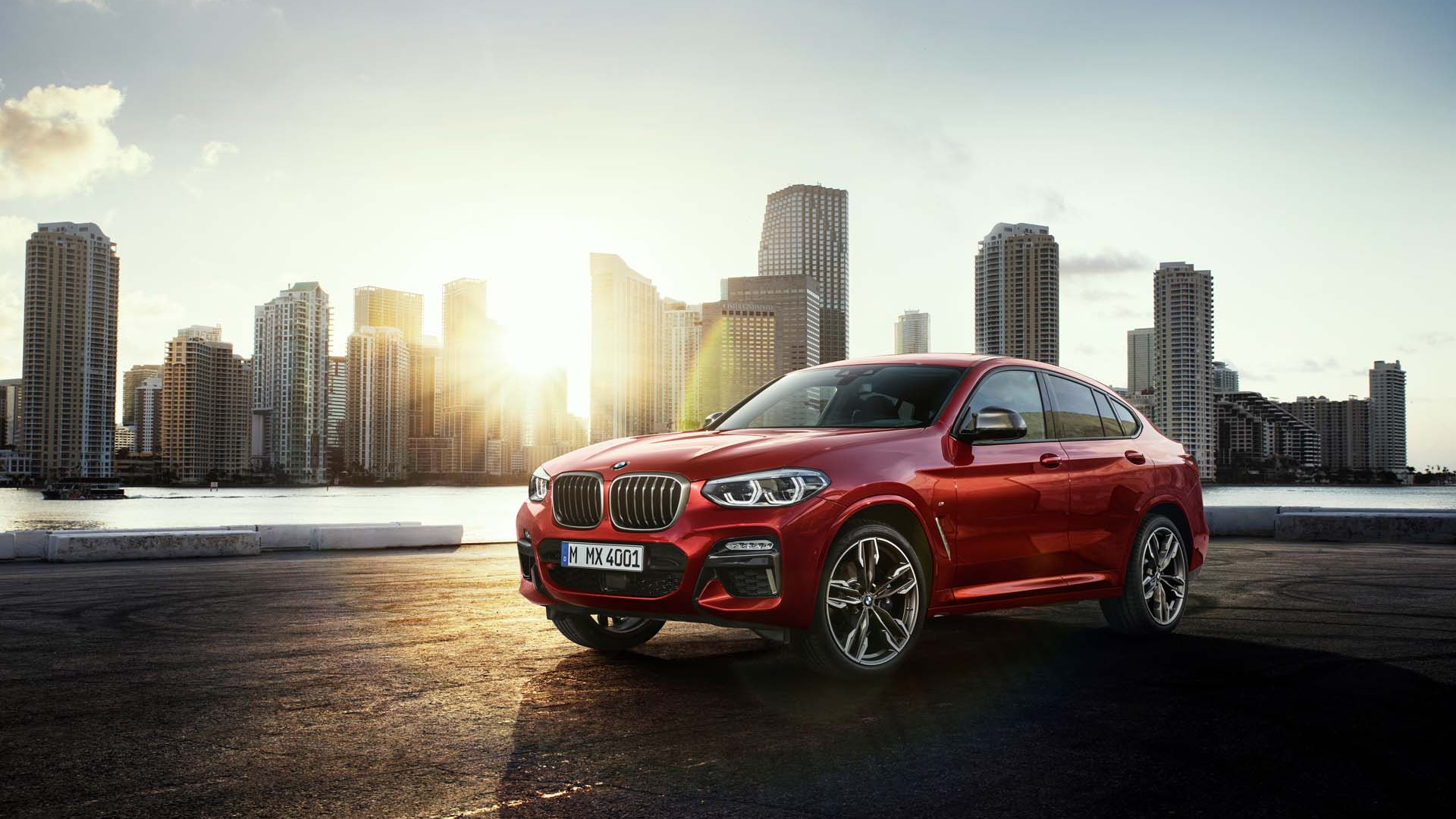 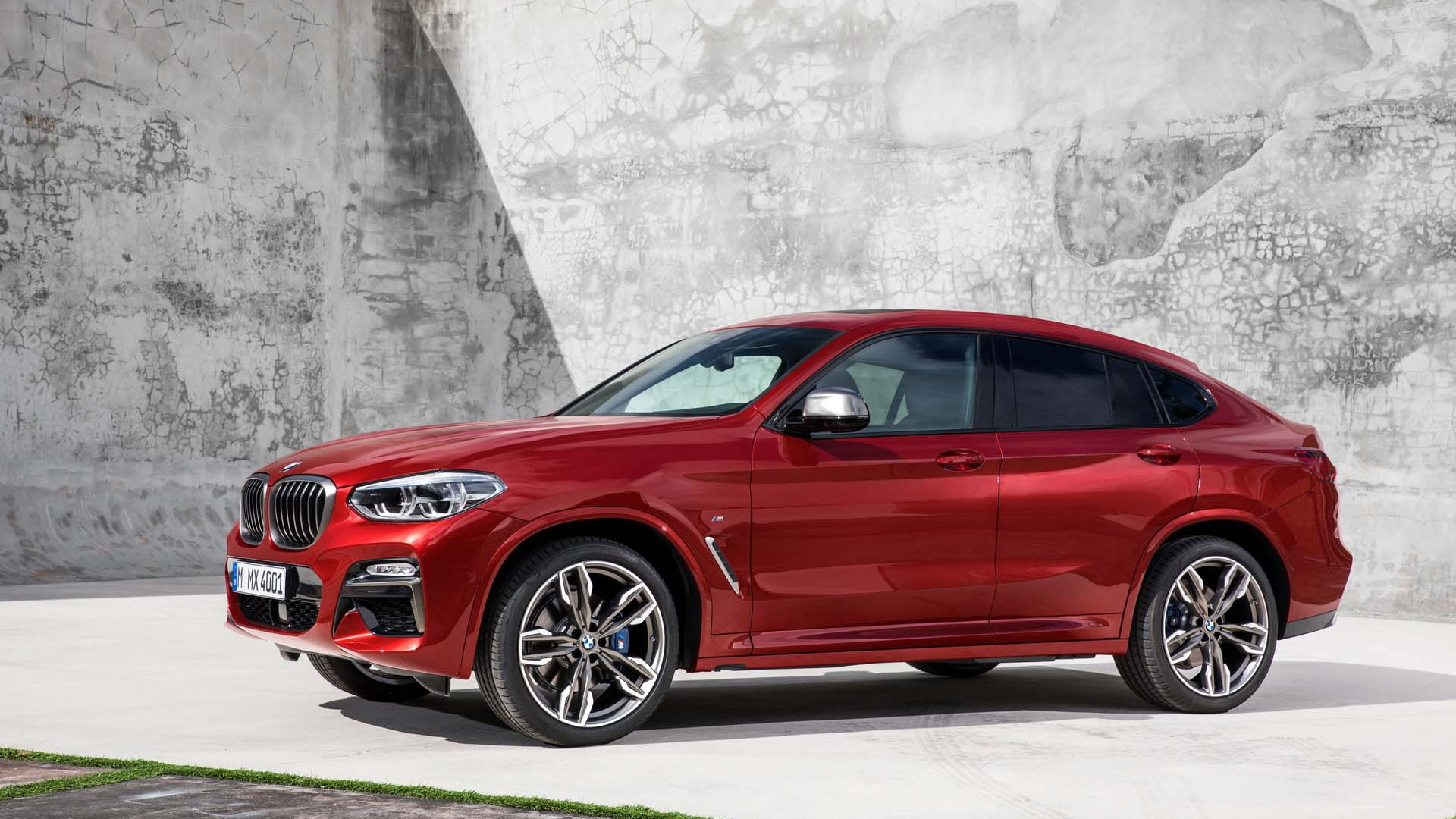 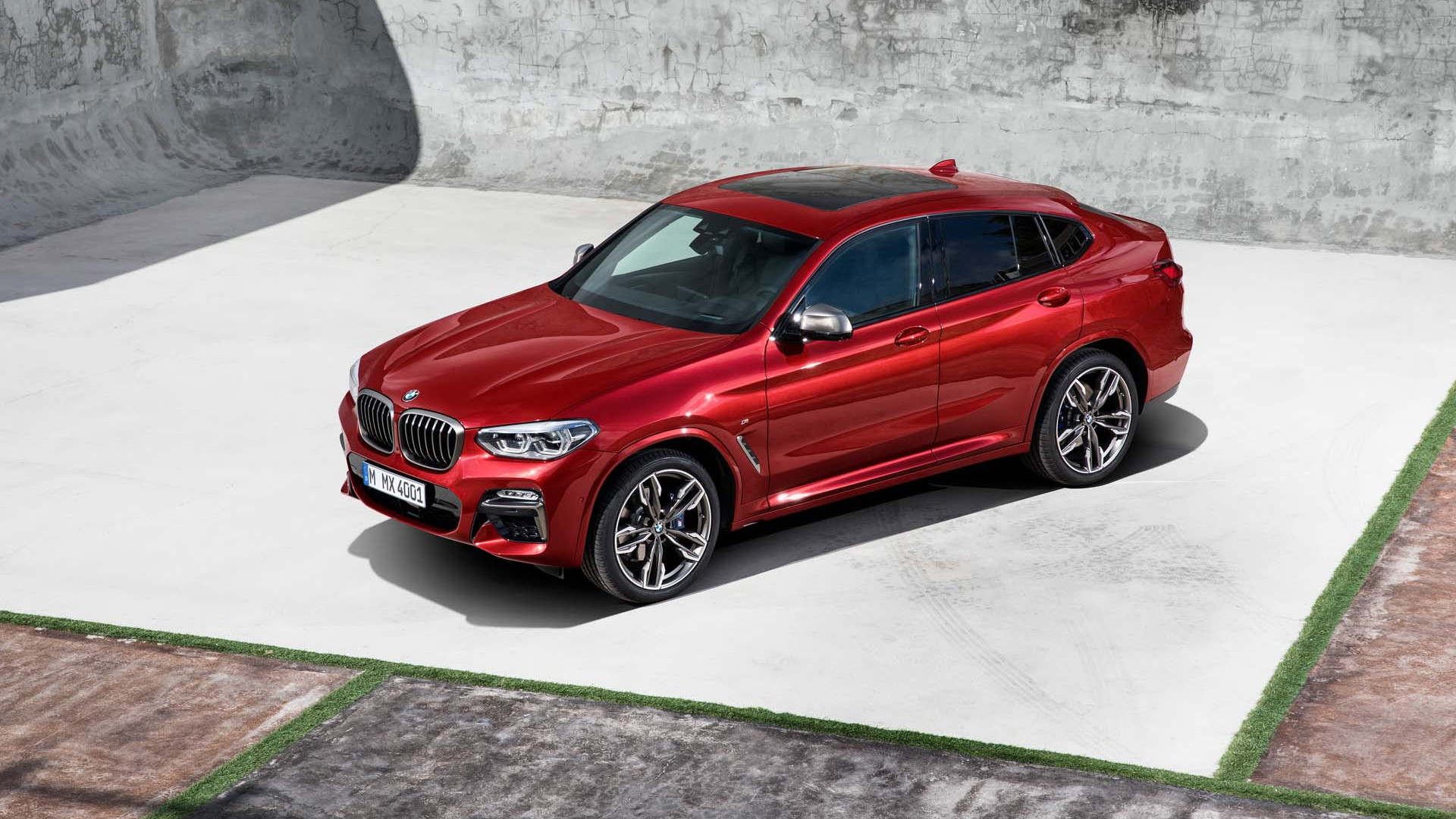 When the BMW X4 launched in 2014, the collective eye roll from enthusiasts was audible—including one from yours truly. Four years later and nearly 20,000 examples on the road (almost as many 6-Series were sold in the same time period) and we should eat our hats. I hear steak sauce helps wool caps go down.

The 2019 BMW X4 broke cover Wednesday morning, and it largely follows the X3, which was new last year. When it goes on sale in July, the X4 will be offered in two flavors, both with all-wheel drive: the X4 xDrive30i and the X4 M40i. Pricing is pegged to start at more than $51,400, including destination.

Following the familiar automaker mantra of "longer, lower, wider," the new X4 is nearly three inches longer, more than an inch wider, and narrowly lower than the model it replaces. More importantly, the X4 adds more than two inches between its wheels, which should make it more comfortable for rear passengers.

The differences between the new and the old X4 could rightly be considered as an eye test. The 2019 X4 features a new front fascia with revised fog lights and lower intakes. Along the sides, the new X4 punctuates its longer, wider stance with deeper creases lower in the body panels and a shallower slope to the rear hatch. Around back, it features revised taillights and a rear bumper borrowed from 5-Series. BMW's modus operandi: if it ain't broke, it'll still sell.

Inside, the X4 is equipped with BMW's top-shelf infotainment system featuring a 10.25-inch touchscreen and navigation as standard equipment. Active safety features such as active lane control, adaptive cruise control, and forward collision warning with automatic emergency braking are available, but not standard. Chances are good that you'll have to pay more for Apple CarPlay.

Look for the new X4 to be unveiled at the 2018 Geneva motor show. For more coverage of the show, head over to our dedicated hub.