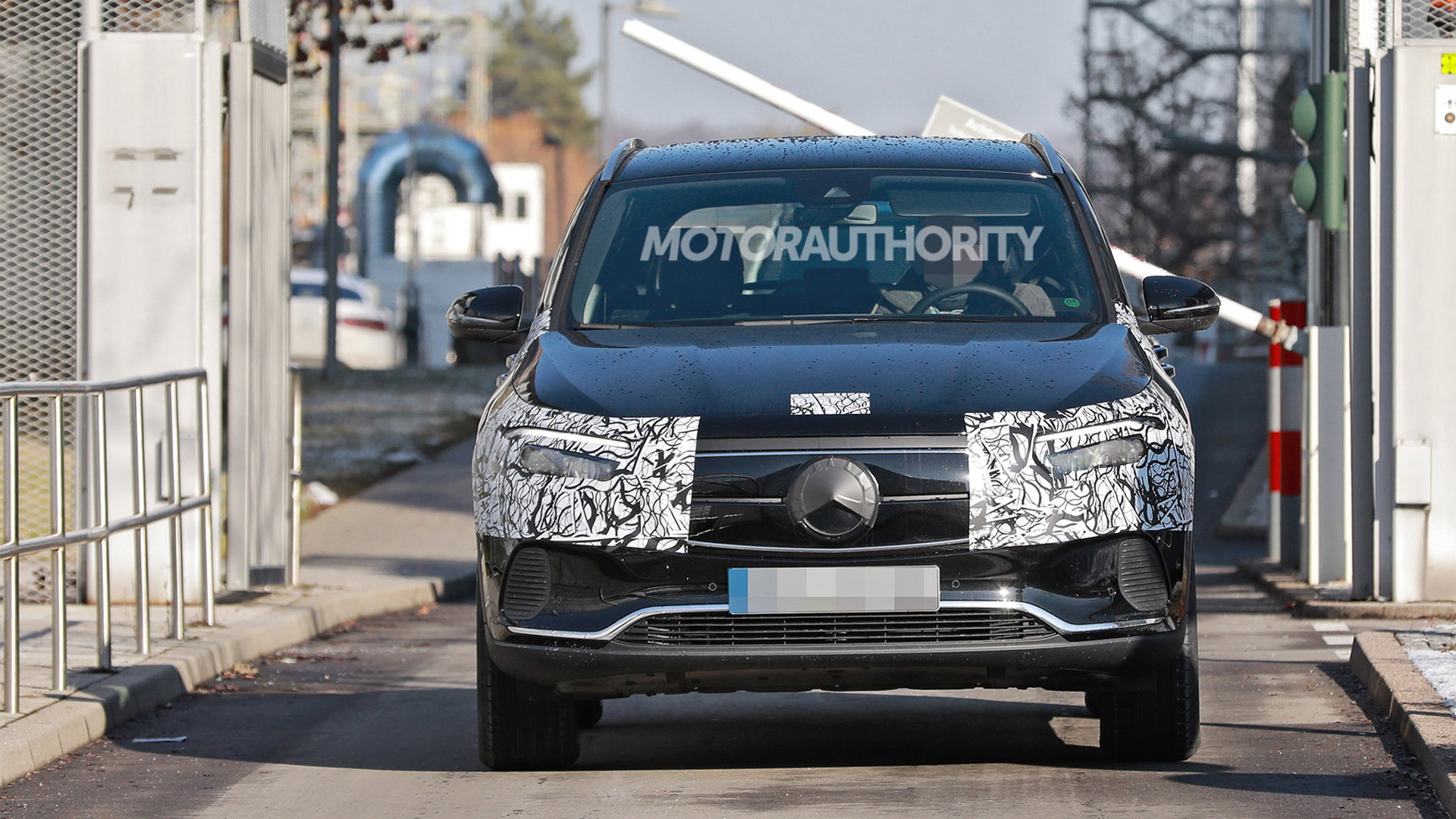 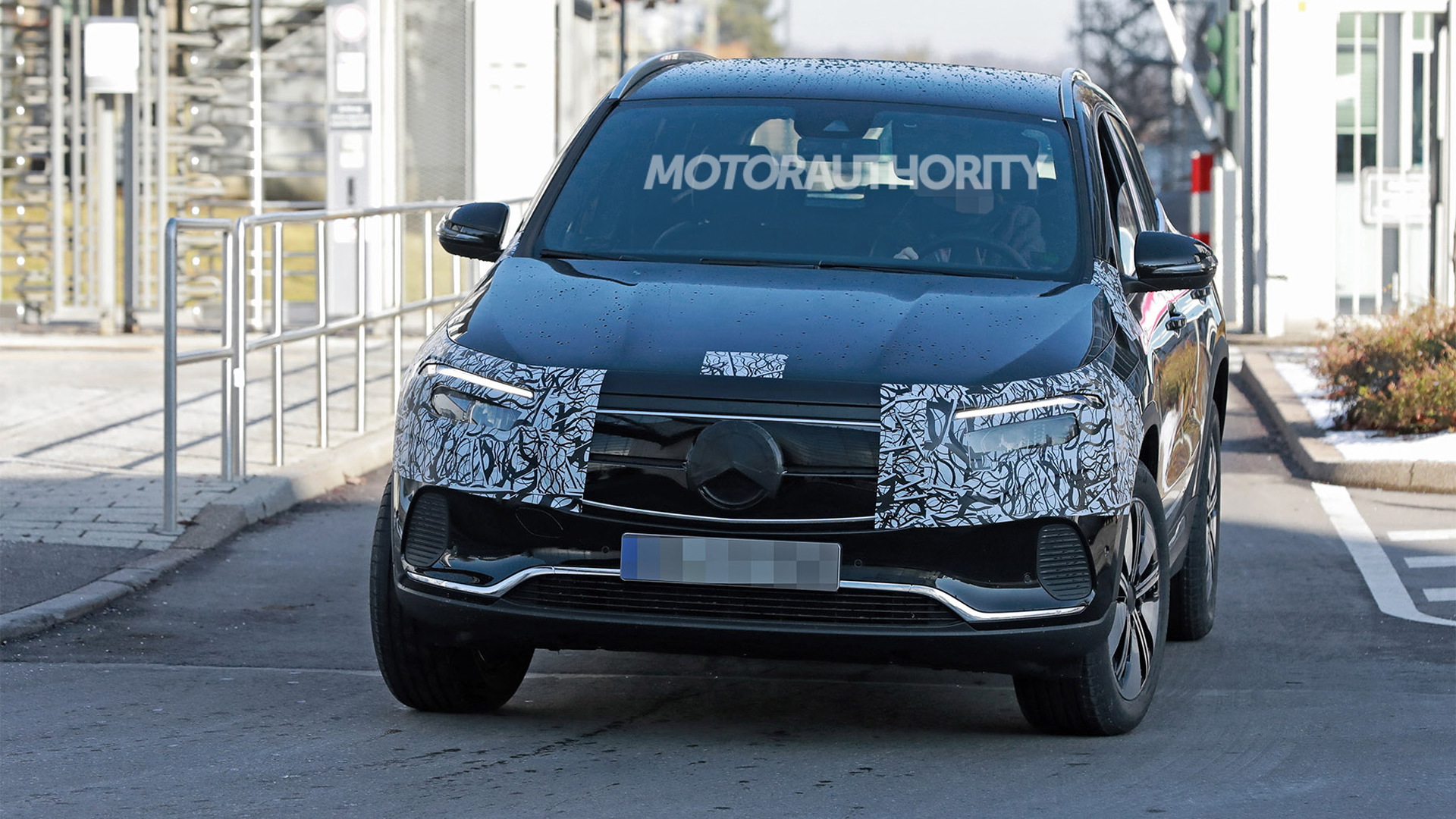 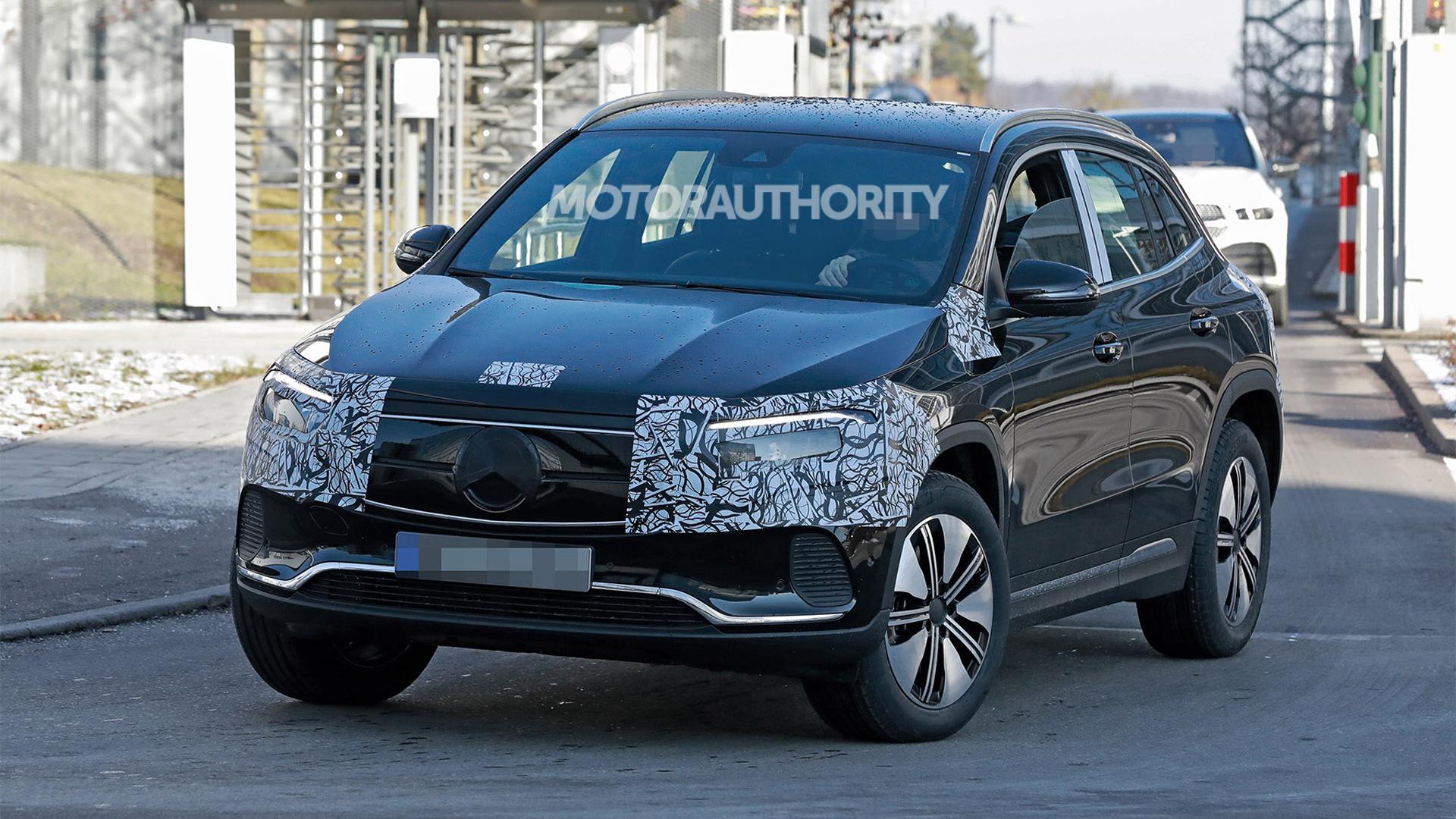 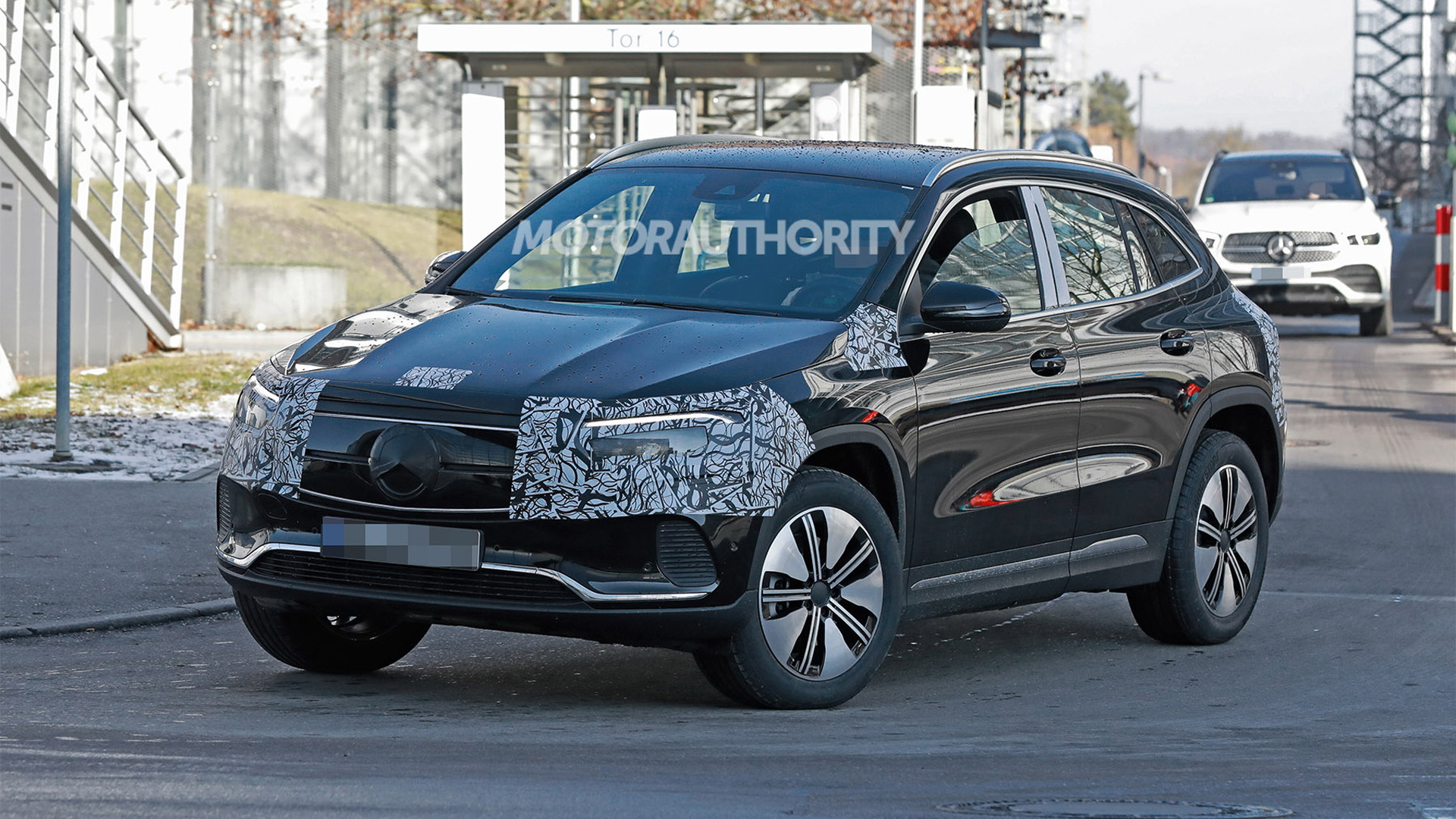 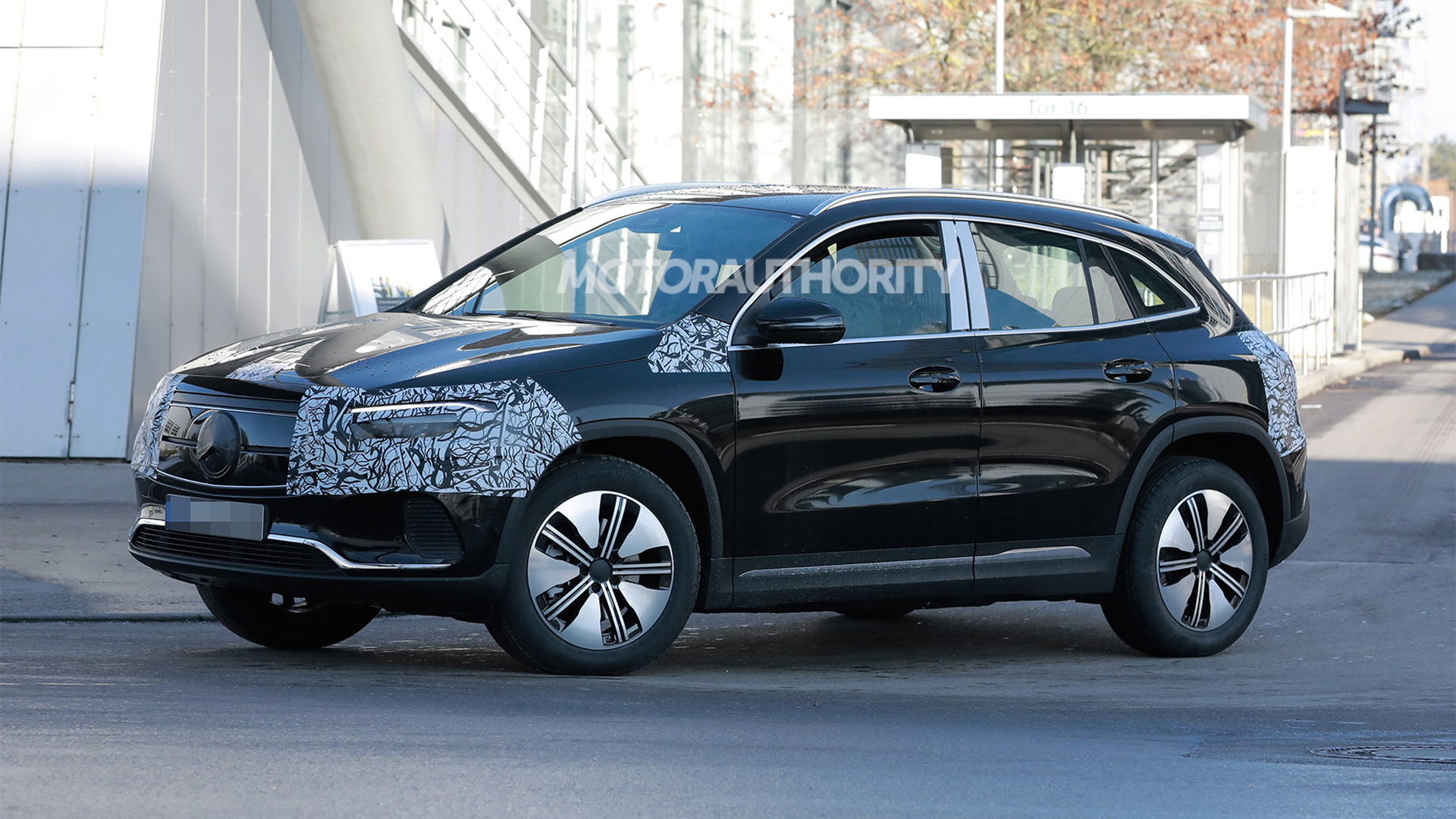 A battery-electric version of the Mercedes-Benz GLA-Class has been spotted in prototype form ahead of the world debut on January 20.

To be called the EQA, the electric compact crossover SUV is expected to go on sale in global markets later this year as a 2022 model.

Mercedes has trademarked the EQA name in the United States but the vehicle's availability here is yet to be announced, though we know a slightly larger EQB based on the GLB-Class compact SUV is coming here.

The EQA was originally going to be based on Mercedes' A-Class hatchback. Mercedes even previewed an electric hatch in 2017 with the Concept EQA. However, shifting consumer trends toward SUVs persuaded Mercedes to use the GLA-Class as the basis for the production EQA. 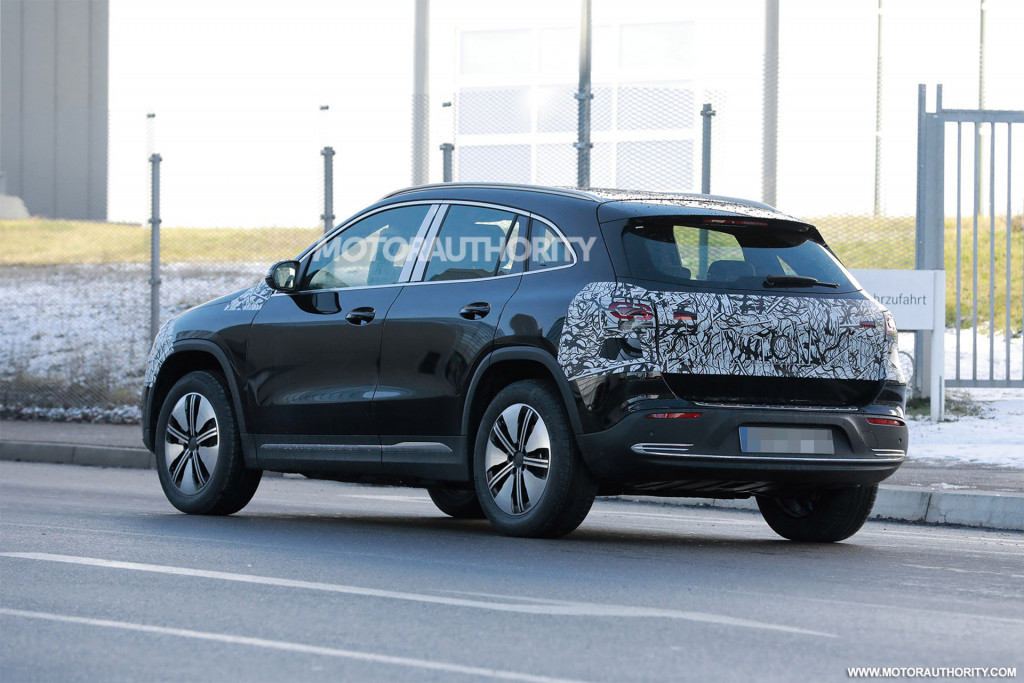 Although the prototype looks like the regular GLA, the sealed-off grille and lack of exhaust pipes confirm it as an electric vehicle. You can also see a Tesla Model 3 being used as a benchmark in one of the earlier shots.

Note, the EQA (and EQB) is designed around a modified version of the platform underpinning Mercedes' latest compact cars, just as the EQC uses a modified version of the platform in the related GLC-Class. The automaker's first vehicle based on a dedicated EV platform will be the EQS sedan also set for a debut shortly. The EQS is expected to be the first of Mercedes' EQ-branded EVs to go on sale in the U.S. Originally the plan was to bring the EQC here first.

Many automakers in the luxury space are working on electric compact SUVs. Volvo last fall launched the XC40 Recharge and Lexus sells an electric version of its UX in other markets. Soon we'll be able to add Mercedes' EQA and EQB to the list.