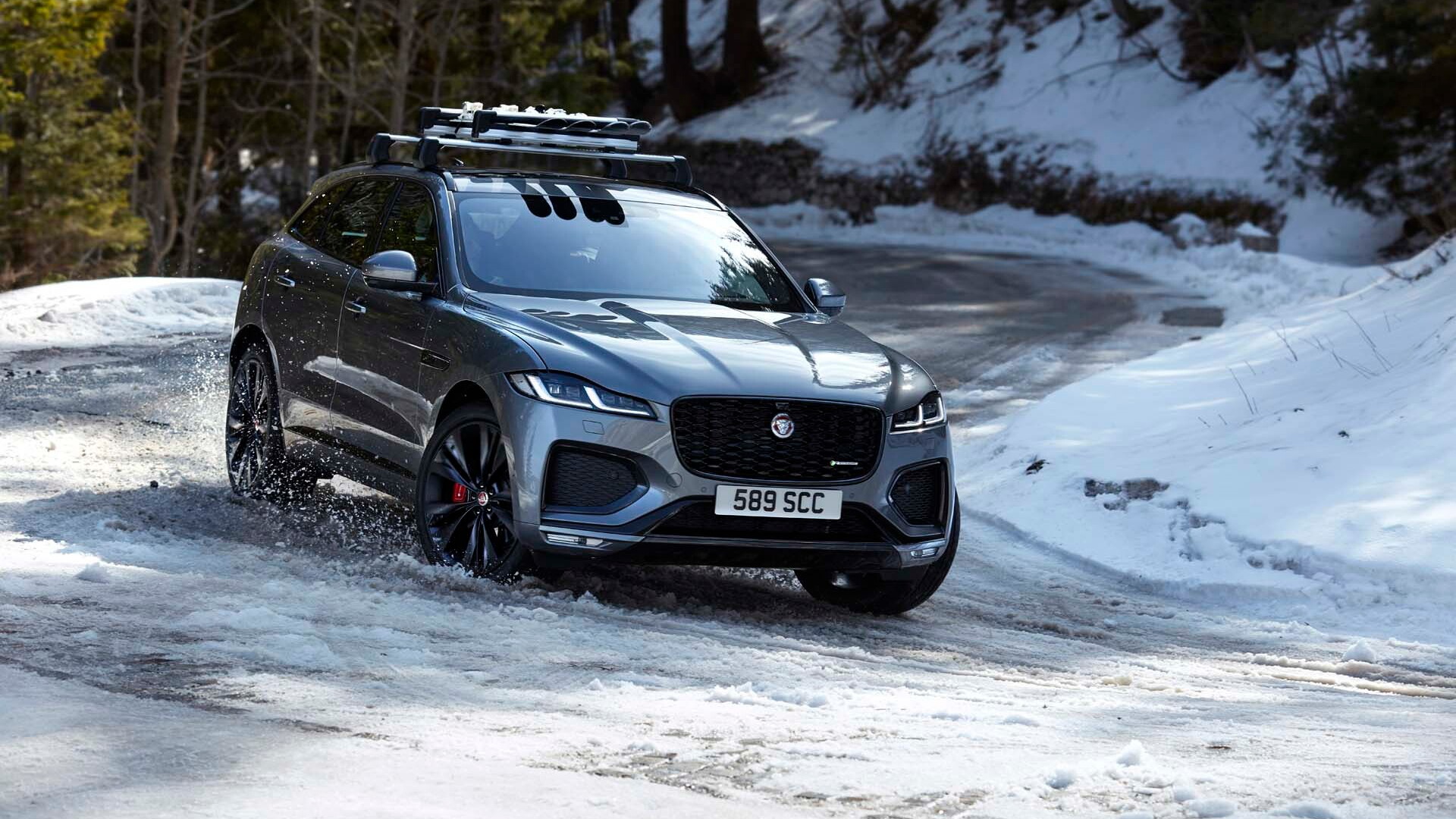 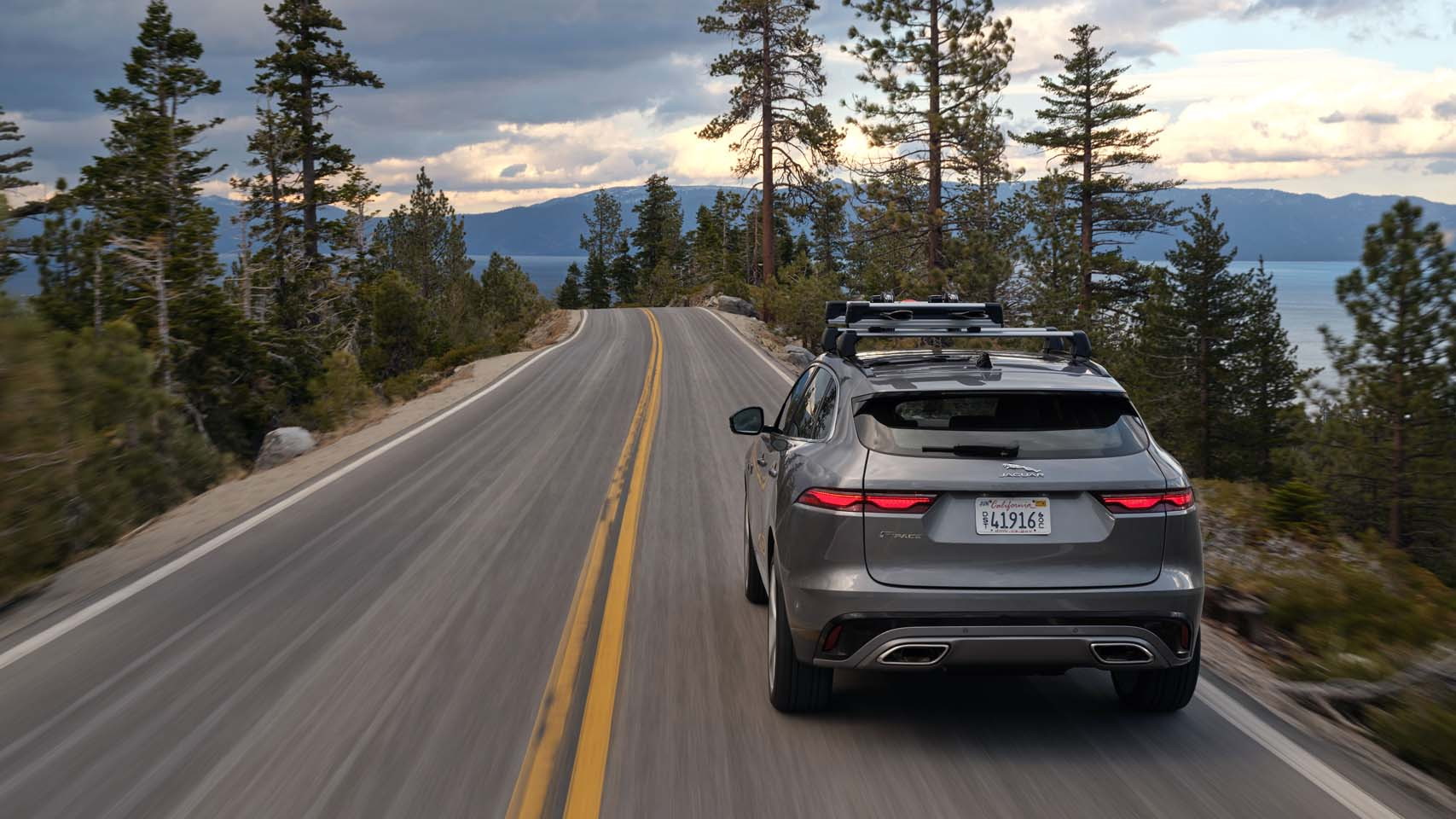 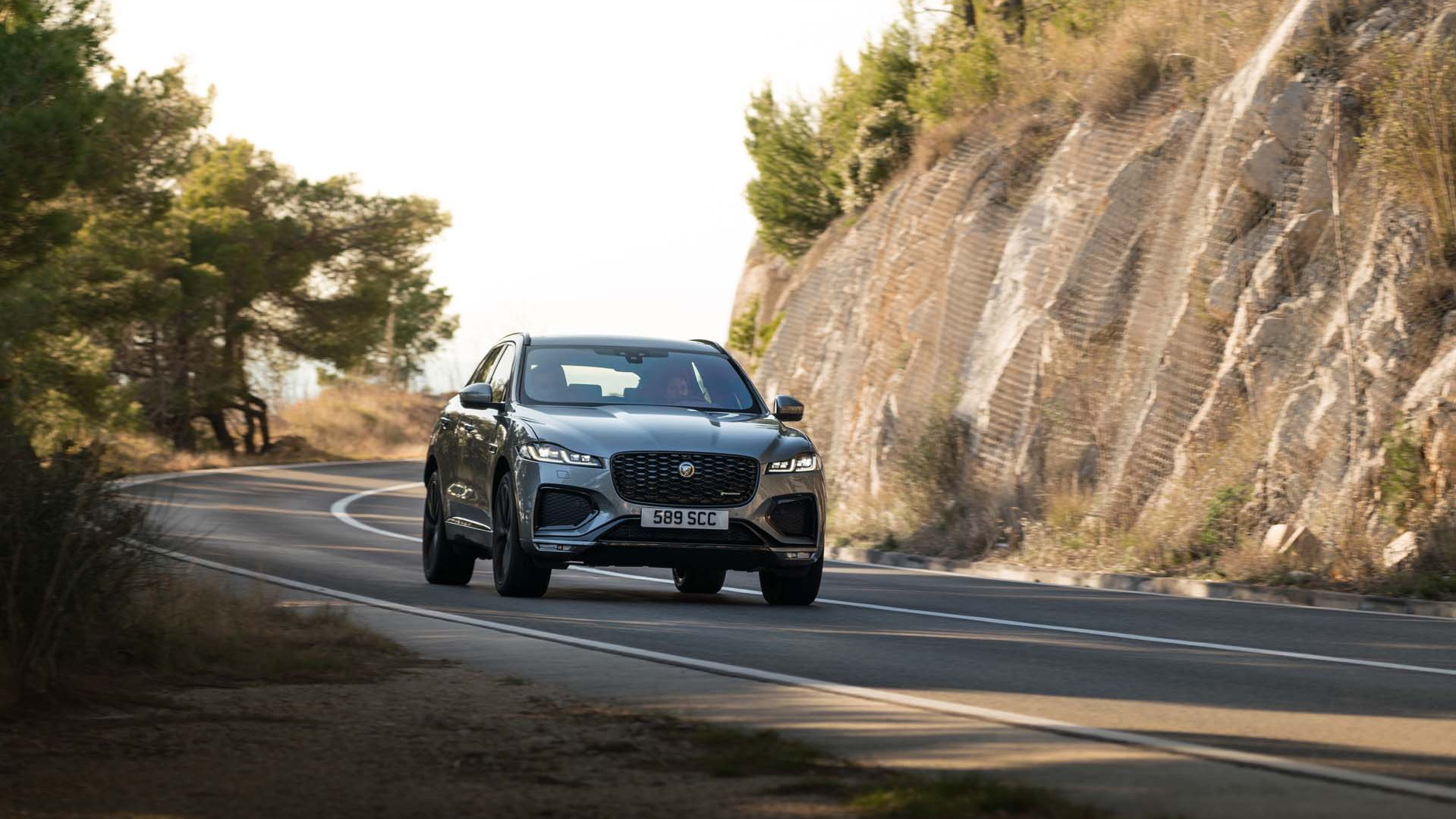 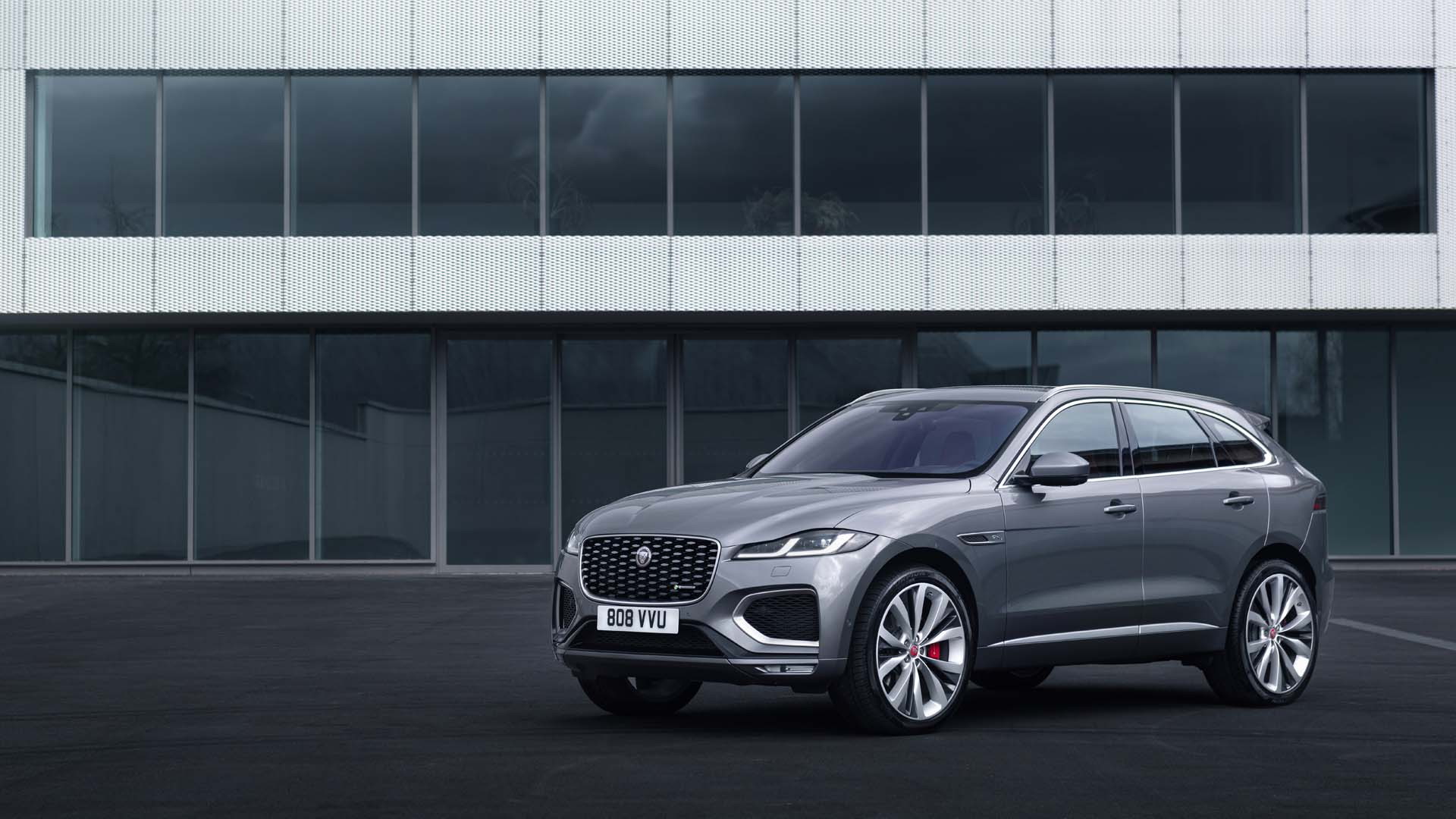 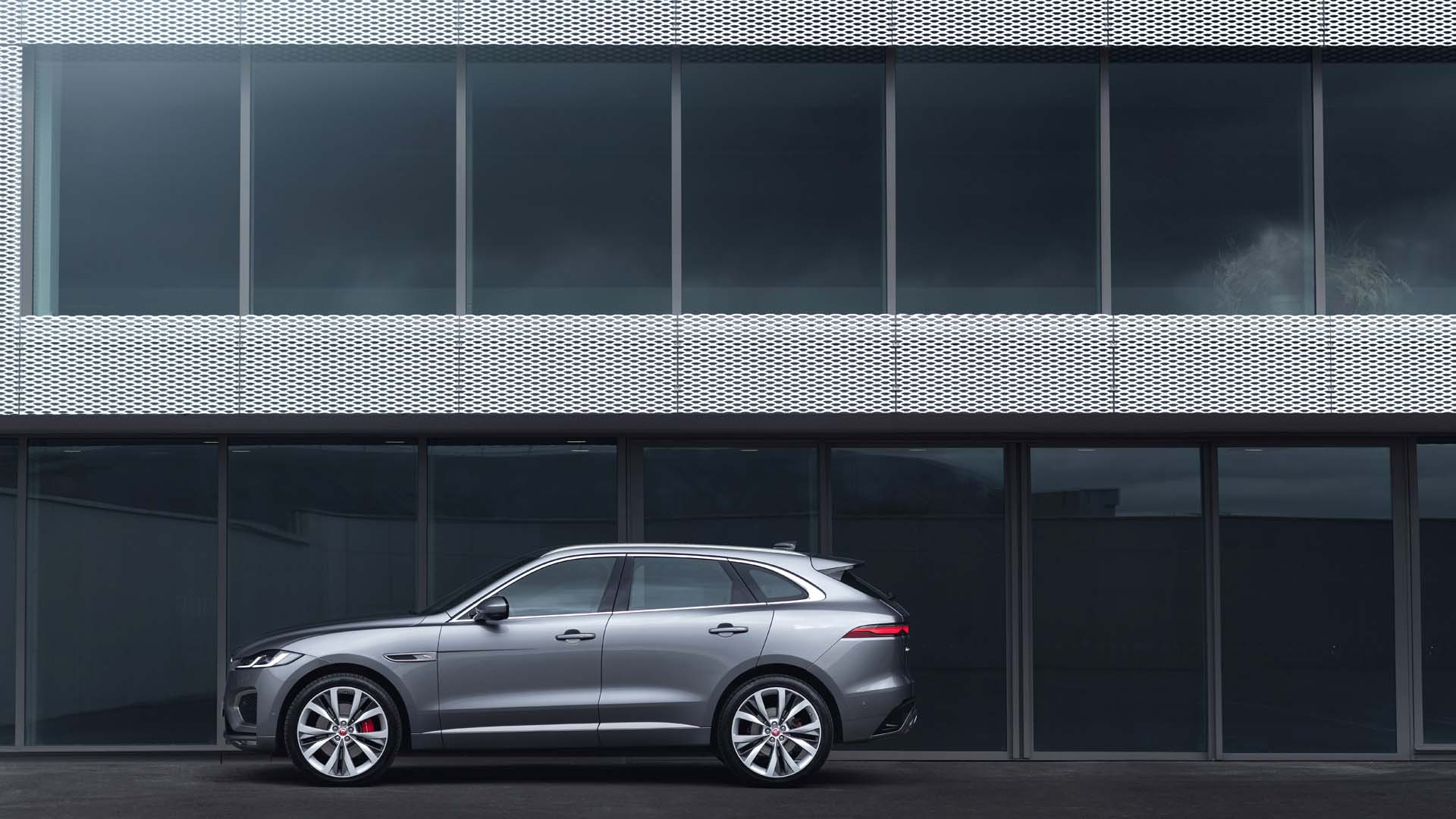 Jaguar's handsome F-Pace finally has the interior it deserves.

The small crossover SUV is one of the best looking options in its segment, but its interior has always been a bit on the drab side. That changes with the arrival of the 2021 F-Pace unveiled on Monday.

The F-Pace has undergone a mid-cycle update and among the tweaks is a new interior. The dash has been completely redesigned and is now dominated by a large touchscreen display in the center stack. It's an 11.4-inch curved-glass display that serves as the hub for a new, simpler infotainment system Jaguar calls Pivi Pro. According to the automaker, many frequently used functions can be accessed in just two taps or less. The system also integrates Apple CarPlay and Android Auto smartphone integration.

A second, 12.3-inch screen serves as the digital instrument cluster. It features enhanced graphics and can be configured to present the navigation info as a full-screen display. A head-up display is also offered, and over-the-air updates means all systems are always running the latest software.

The rotary dial gear shifter of the outgoing model has also been dropped, with a more conventional gear lever taking its place. Better quality finishes are also on offer, including open-pore wood veneers and aluminum, and the 2021 F-Pace also introduces an active noise cancelation system. A number of electronic driver-assist features are also offered, including a surround-view camera that's been made a standard goodie.

The changes to the exterior are much more subtle, and that's a good thing. The headlights, with LEDs, are slimmer and feature a J-pattern for the daytime running lights. The taillights retain the same shape as the outgoing model but feature new internals. They are complemented at the rear by a new fascia.

When it comes to powertrains, buyers in the United States will have three options to choose from, with an 8-speed automatic and all-wheel drive both standard across the range. None of the powertrains are a plug-in hybrid which is offered overseas, however.

Availability and pricing for the 2021 F-Pace in the U.S. is yet to be announced.

For more on the Jaguar F-Pace, read the in-depth reviews at The Car Connection.