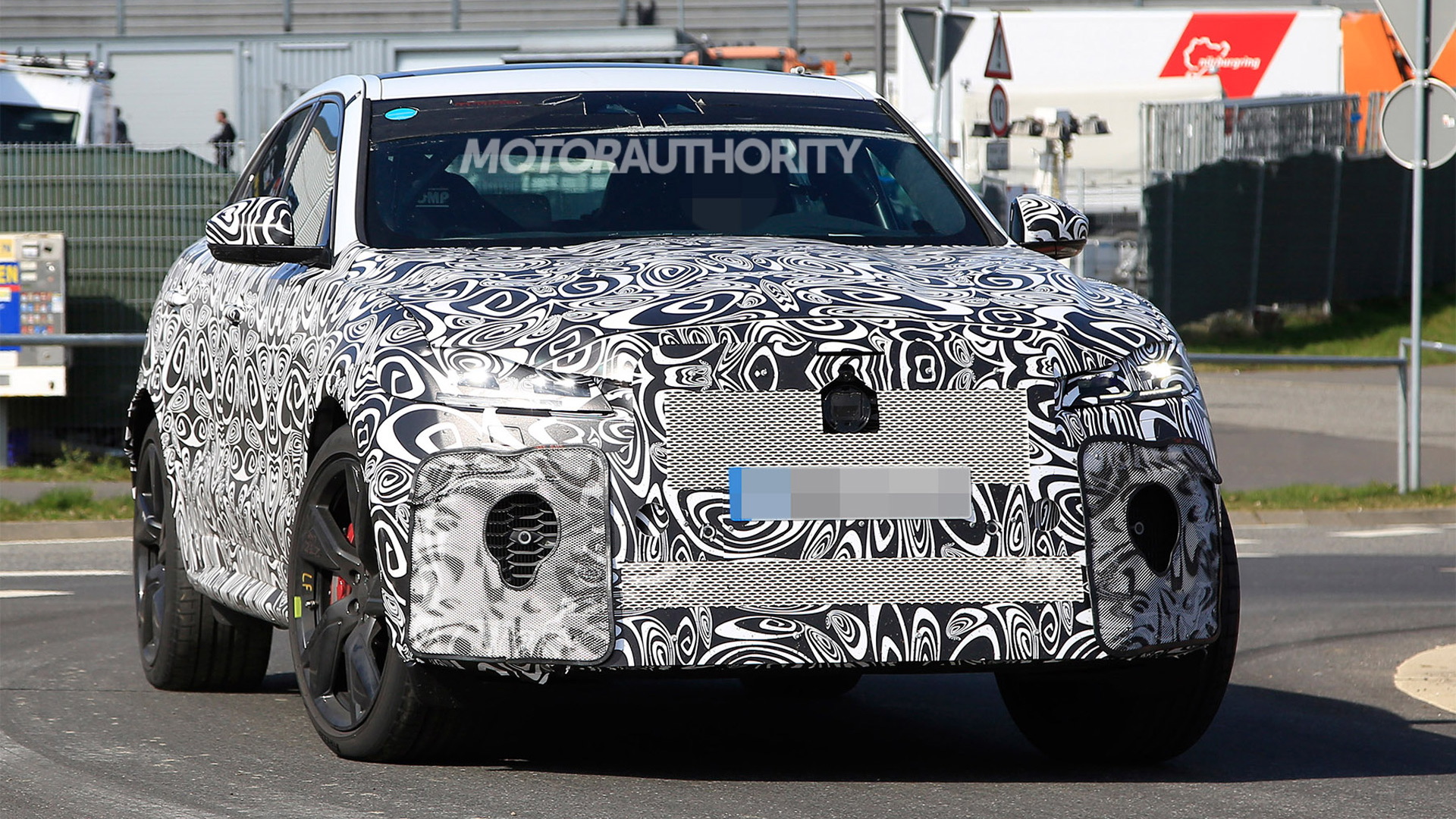 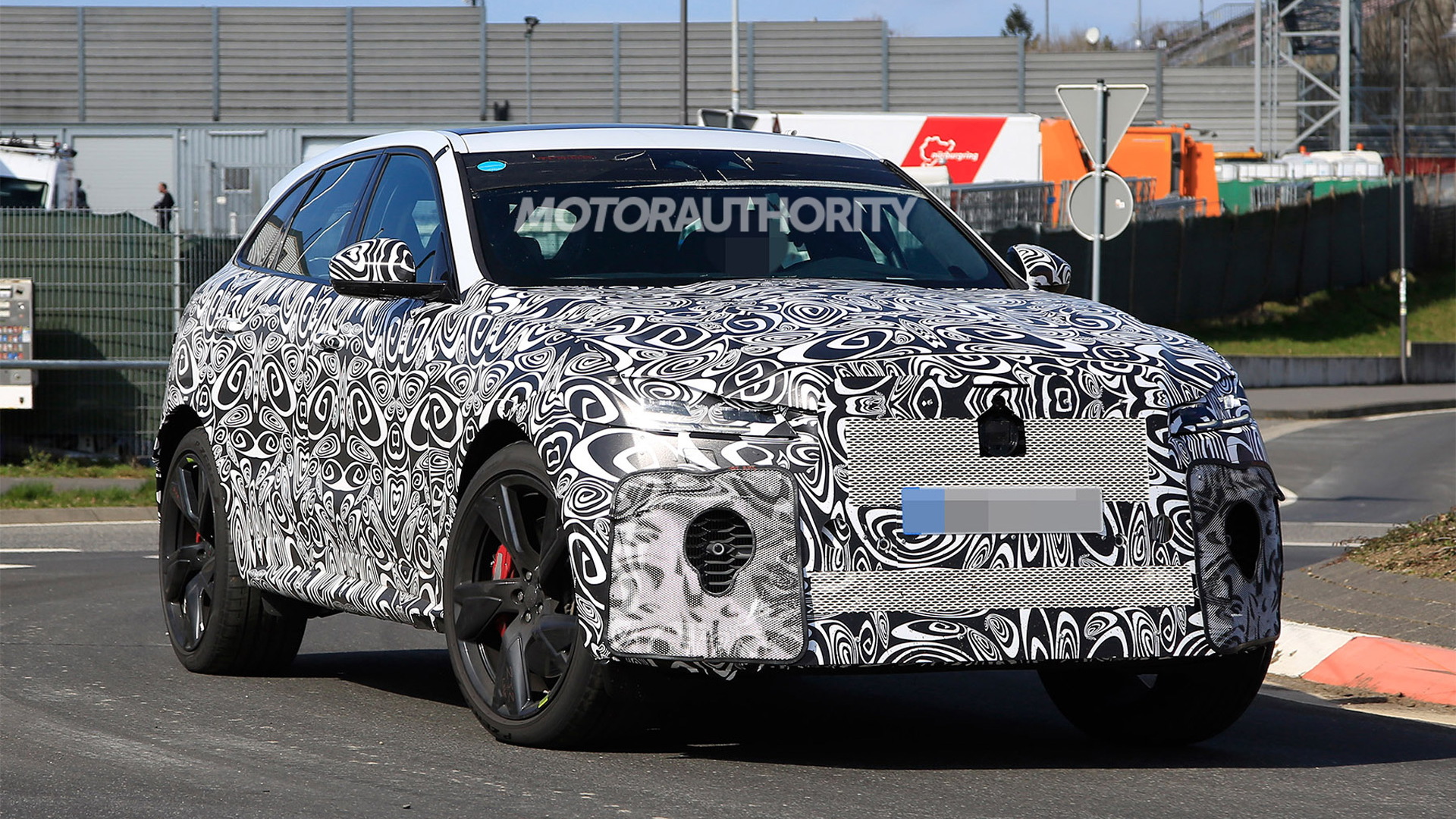 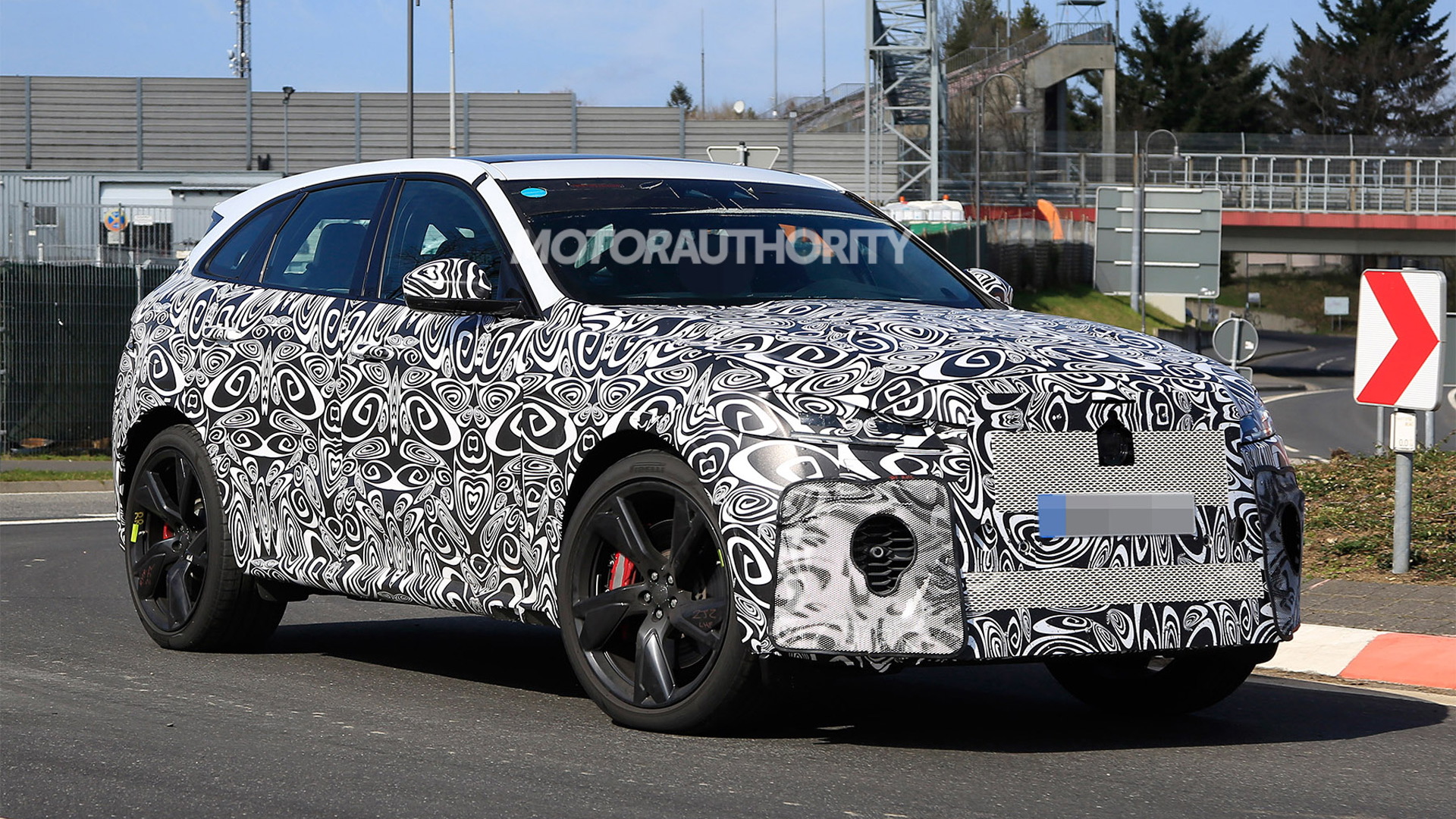 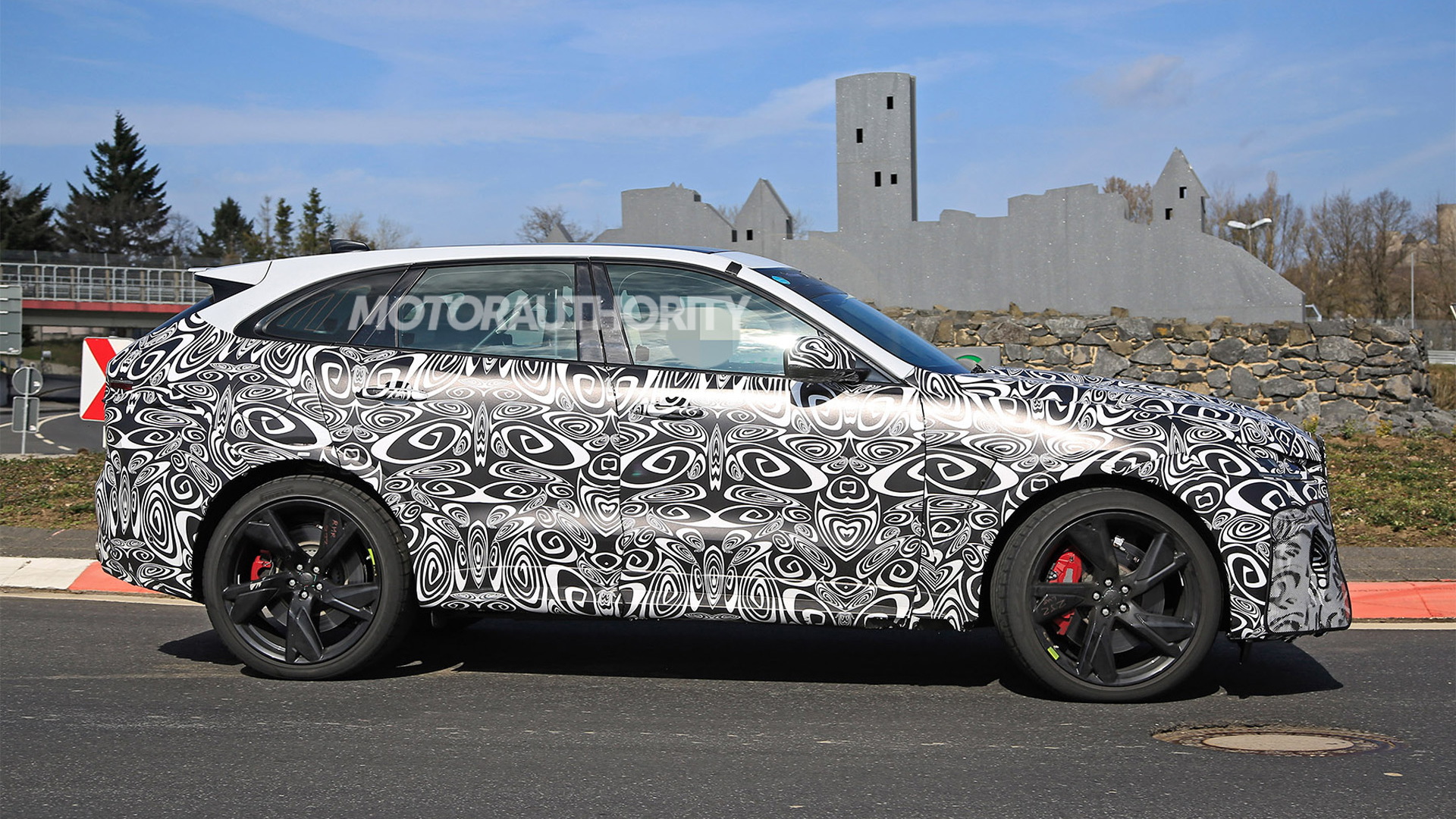 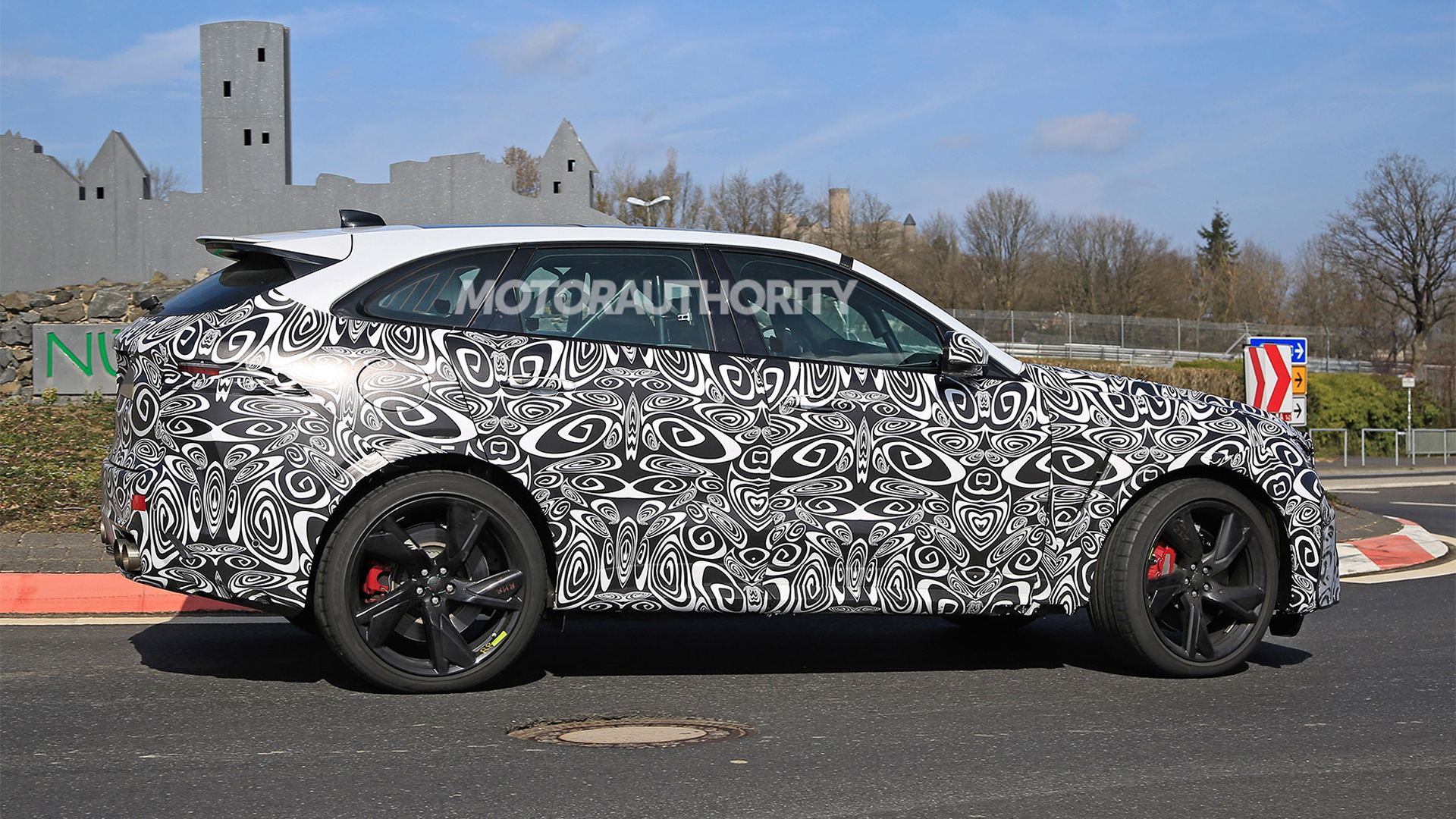 Jaguar is working on a mid-cycle update for its F-Pace and the latest prototype to be spotted is for the menacing SVR variant.

You'll want to turn the volume up on the spy video because the sound of the car's supercharged V-8 is intoxicating.

The current F-Pace SVR generates a stout 550 horsepower and 502 pound-feet of torque from its 5.0-liter supercharged V-8. However, we know the engine is capable of more, so with any luck we may see output dialed up a little for the update.

Of course, rivals like Alfa Romeo's Stelvio Quadrifoglio and Mercedes-AMG's GLC63 S make do with just 505 hp and 503 hp, respectively, and Porsche's recently updated Macan Turbo isn't even in the same league with its paltry 434 hp. We should point that there's now also a BMW X3 M (and X4 M) to choose from. It has 473 hp as standard and 503 in Competition guise.

There will also be some minor styling tweaks made to the car. The internal graphic of the taillights in particular is expected to take on a more angular design similar to what we saw on the updated 2020 XE.

Expect the interior to also be tweaked for a more upmarket feel via the addition of extra soft-touch surfaces and more hand-stitched leather. We should also see a new infotainment system with a 10.2-inch touchscreen display in the center stack. The system should be faster and more intuitive to use than the current laggy version.

The updated F-Pace, including this SVR variant, is expected for the 2021 model year so we should see a debut sometime this year. Other key launches at Jaguar this year include an updated F-Type and redesigned XJ. The latter will arrive as a battery-electric model.