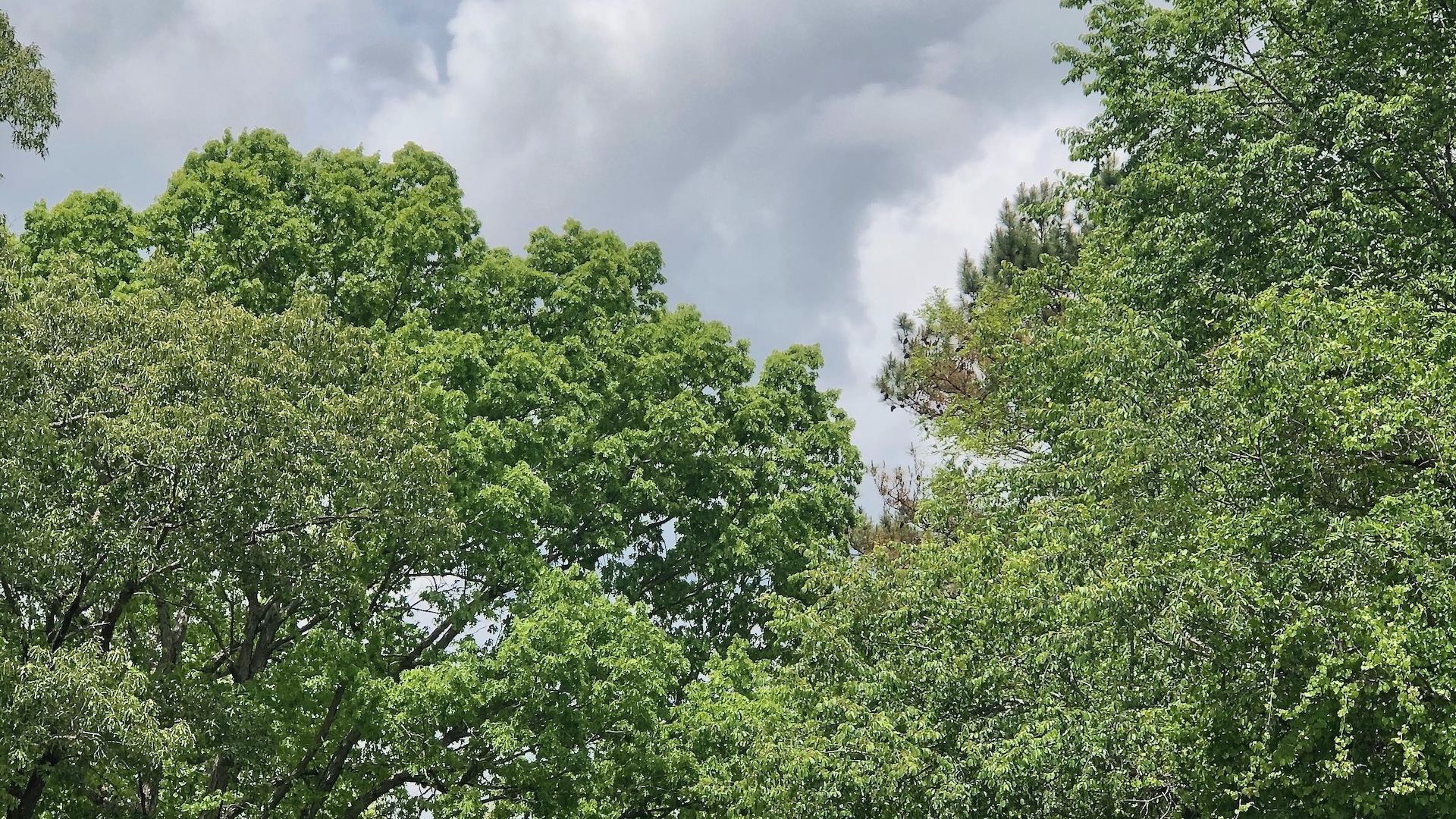 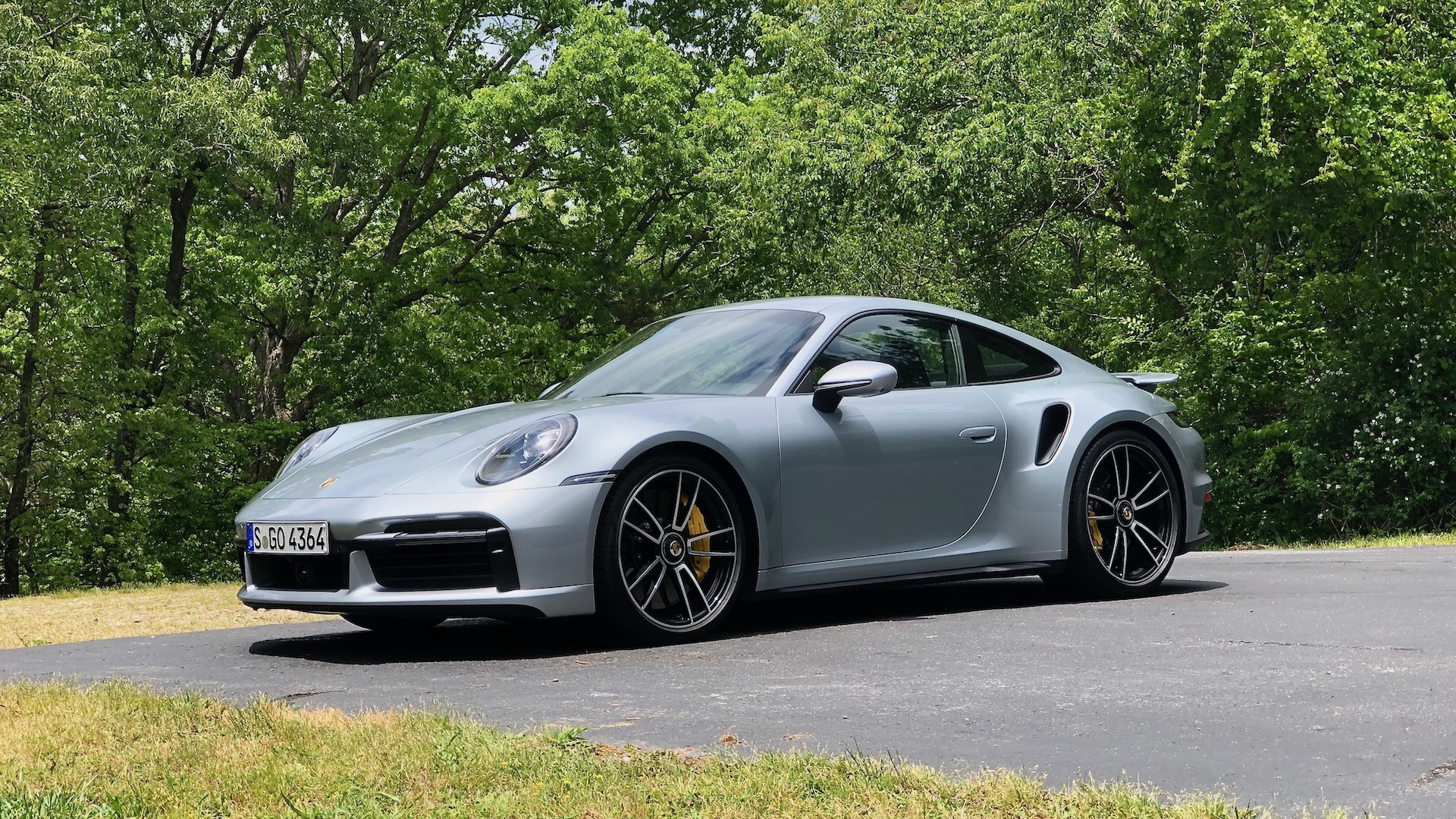 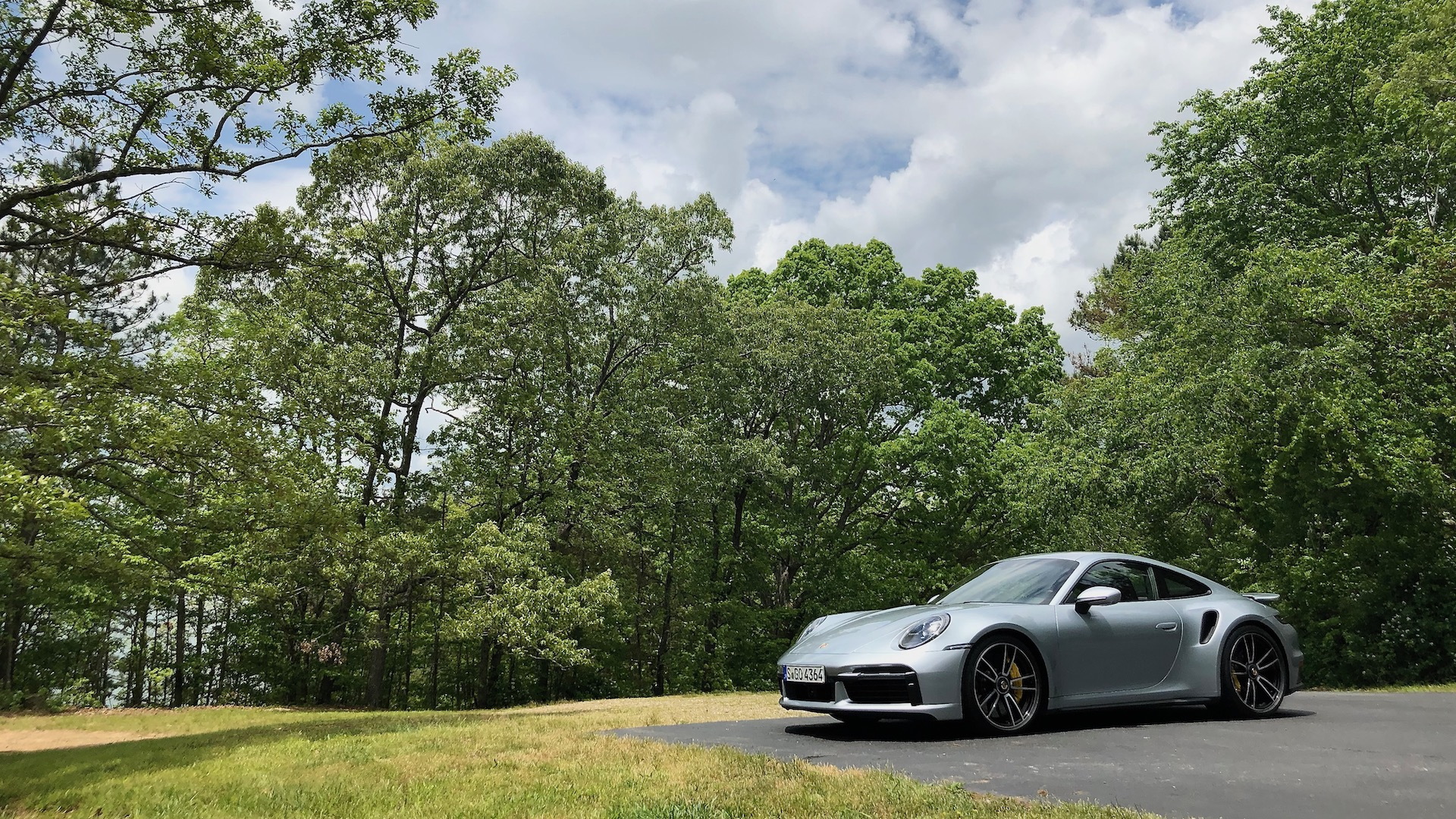 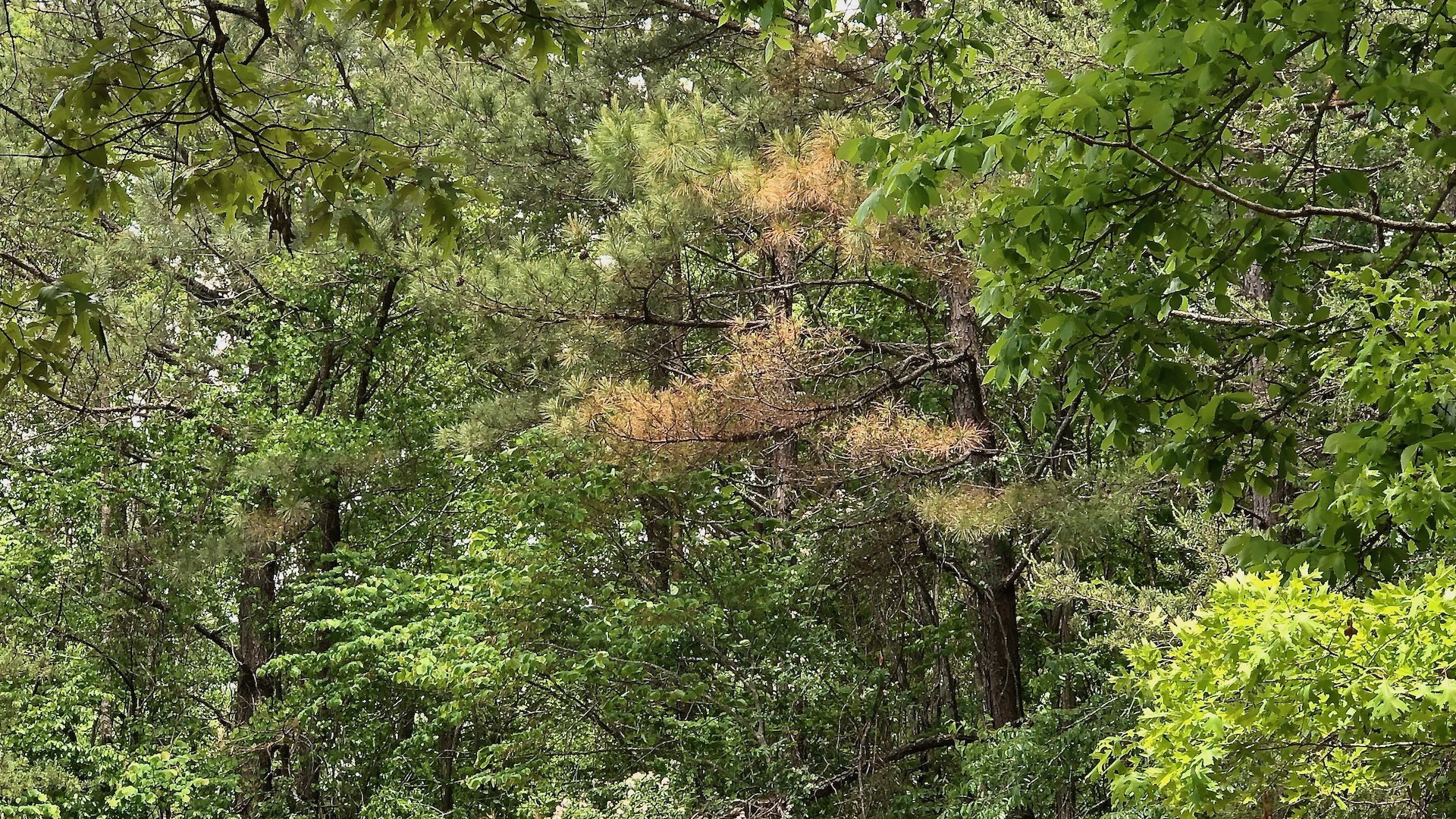 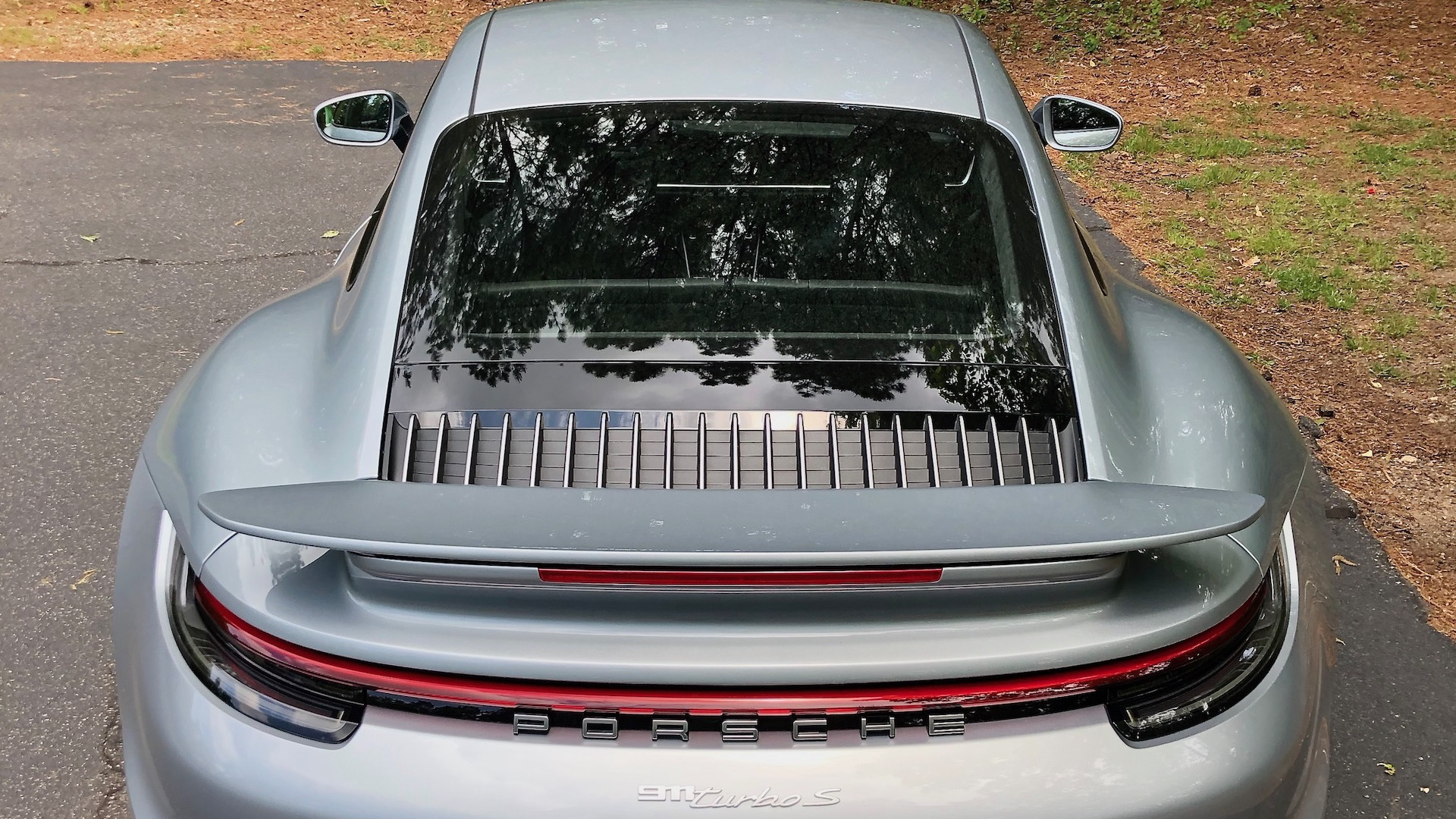 It’s 103 miles one-way from the middle of Atlanta to the north Georgia mountains, home of our sacred but not so secret Best Car To Buy roads. It won’t take that long to get there, not at the wheel of the $204,850 2021 Porsche 911 Turbo S.

The Turbo S is the latest edition of the Porsche 911 that won our Best Car To Buy 2020 award just last fall. With all the right kinds of pressure—turbocharging and downforce—applied to the basic 911 goodness, the Turbo S tells a story of two cars. One’s a docile cruiser that arrows down the interstate while I fiddle with touchscreen access to my favorite podcasts. The other? It’s a car that jolts me with megawatt performance as I ride its lightning from ZIP code to ZIP code.

No, it’s not yet electrified—but the 911 Turbo S is a slingshot even without the zero-rpm torque of Porsche’s fantastic Taycan EV. It comes into focus as north Georgia comes into focus itself through the windshield, between the bare bumps of LED headlights that seem to rise just off the road as I exit the freeway for the few hidden routes that stand a chance at taxing its tires.

Versus the standard 911, the 2021 Turbo S sports a litany of go-faster fetish gear, from its transmission to its twin turbos to its tires. The core 3.8-liter flat-6 has twin turbos staged to go off like a touring cast member looking for their Broadway shot. With 640 horsepower and 590 pound-feet of torque, the 911 Turbo S has all the star power it needs—and it’s all available to put down luridly through all-wheel drive and its 8-speed dual-clutch transmission.

The Turbo S tenses with anticipation once I’m past Blue Ridge, where the highway narrows and the roads kink up like an empty garden hose, waiting to release its pent-up pressure. It’s difficult to gauge the time it takes any car to accelerate to 60 mph on public roads; tap into the Turbo S’ astonishing power, and the benchmarks blur by. Porsche quotes a 0-60 mph time of 2.6 seconds, a quarter-mile time of 10.5 seconds, and a top speed of 205 mph. Even on the nearby Atlanta Motorsports Park track where we chose the 911 as our winner, it’d be impossible to draw all of that out for confirmation.

I count trees instead—or try to count them—as they whip by through the side windows and while the 911’s speedometer spins like a slot machine. The comically large air intakes that feed it vast quantities of air and the exotic sport-exhaust system settle into a hip-hop beat; enormous fans that look like a boom box help the turbo-6 breathe, while the pistons hammer away with Porsche’s hallmark metallic snare riff.

The posit for super sports cars is that more speed is always better. It’s not. Ask a handful of overpowered cars that overwhelm their chasses. That’s not the case with the 911 Turbo S. It’s up to the task. It forces me to make quicker decisions, pay closer attention, and look further down the road. I’m down with it. This projectile takes aim as perfect as you can direct it with.

From the ground up, it composes itself with 20-inch 255/35-size front tires and 21-inch 315/30-size rear tires that hide standard carbon-ceramic brakes with 10-piston front calipers. The independent suspension gets Porsche Active Suspension Management hardware and, on order, a 0.39-inch lower ride height. Four-wheel steering’s the norm—and so is a new aero package that bundles an extendable front spoiler and an extendable rear wing to push down with 15% more force, even to act as an airbrake on the 911 Turbo S should you need to throw on all the stopping power needed when a glint of red-and-blue lights slip by in your peripheral vision.

Composure is its essence. Flick the Turbo S into its frenetic Sport or Sport+ mode, and only the aero add-ons are flappable. Its sinewy grip soaks up every moment where indecision would beg me to slow down in other cars. Its responses come in flat barks of reproach, near-boredom. It can post triple-digit speeds where I shouldn’t, needling its way through a haze of green forest and black tarmac as if it had stitched this pattern a thousand times.

Wider across the back but leaner when you pay money for it to be, the 911 Turbo S doesn’t exactly have a dad bod. Call it a father figure: It’s 72.4 inches across its front fenders, 74.9 inches across the rear. The extra couple of inches compared to the stock 911 adds on Pilates tone, not middle-age spread.

I look up every so often, in between rousting bouts of gymnastic corners (the closest I’ll ever come to any kind of gymnastics), and the cars behind me disappear into a wobble of weird distortion in the rear window. It’s because this 911 Turbo S has the optional “lightweight and noise-insulating glass,” which cuts about eight pounds from its 3,636-pound total. Minus those pounds and saddled with sport buckets in front and no buckets where the back seats used to be, the Lightweight package is one of the hundreds of ways you can configure the car, from painted key fobs to a Sport package with black accents and a carbon-fiber roof, to custom paint colors and a dashing set of leather hides from which to choose. All Turbo S coupes come with Bose audio, Sport Chrono controls, a 10.9-inch touchscreen that displays the Track Precision app (with some 300 racetracks mapped with your preferred racing line), GoPro control via Bluetooth, LED matrix headlights and forged centerlock wheels. It’s car-spec porn, even before you add on the front-axle lift that has GPS built in for future predictive capability.

A quarter-million-dollar 911 is not an extravagance. It’s the purest Porsche driving experience you can get with gas power—and it’s almost as fast as a Taycan I drove earlier this year in Finland, on ice. Just swap out the Finnish rally pro instructors for a Blairsville police officer piloting a Dodge Charger, I tell myself. He wants to get home as quickly as I do, or quicker. We hustle through the snaking roads that lap the edges of Lake Trahlyta, and I’m careful to only nip at his heels every mile or so, as if to say, “I’m still here.”

When he disappears for good, I reload the slingshot and look for a more difficult target—a maddening set of apexes that refused to be ironed out in the last Japanese hot hatch I drove on them. The Turbo S absolutely flattens them. It’s an electric driving experience, without being actually electrified.

That day is coming soon enough. Porsche is said to be fiddling with a hybrid 911 that might net more than 700 hp, and fall neatly into a lineup stuffed with the Panamera Turbo S E-Hybrid and Cayenne Turbo S E-Hybrid models.

Porsche brought this quandary upon itself: Do cars like the 911 Turbo S matter when electrified cars like the Taycan are faster and greener? It has settled the question emphatically. There’s room for both.

Good luck catching up with either one.

Porsche sent us the 911 Turbo S with a full tank of gas and a bug-free windshield. We tried our best to correct both.