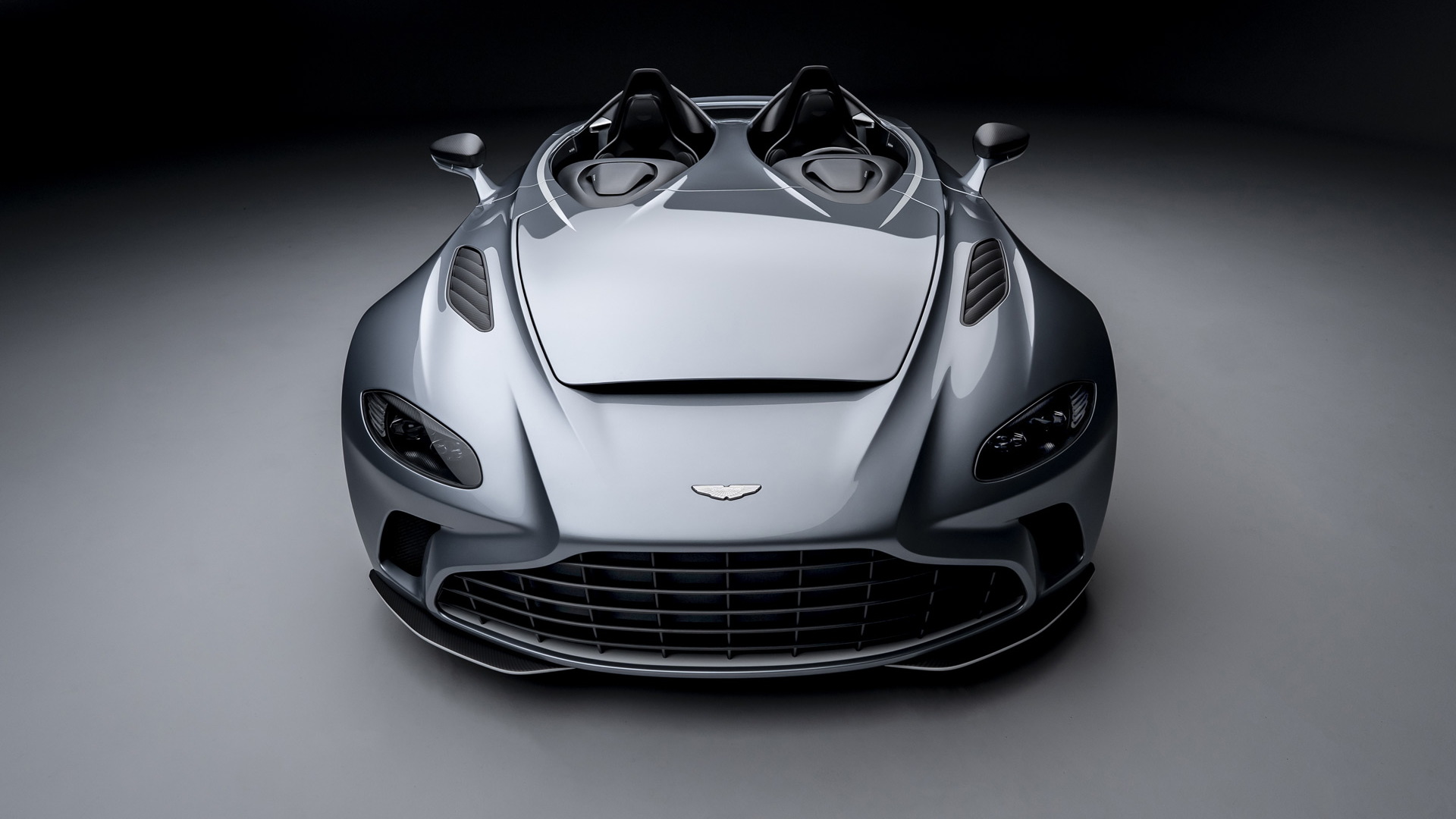 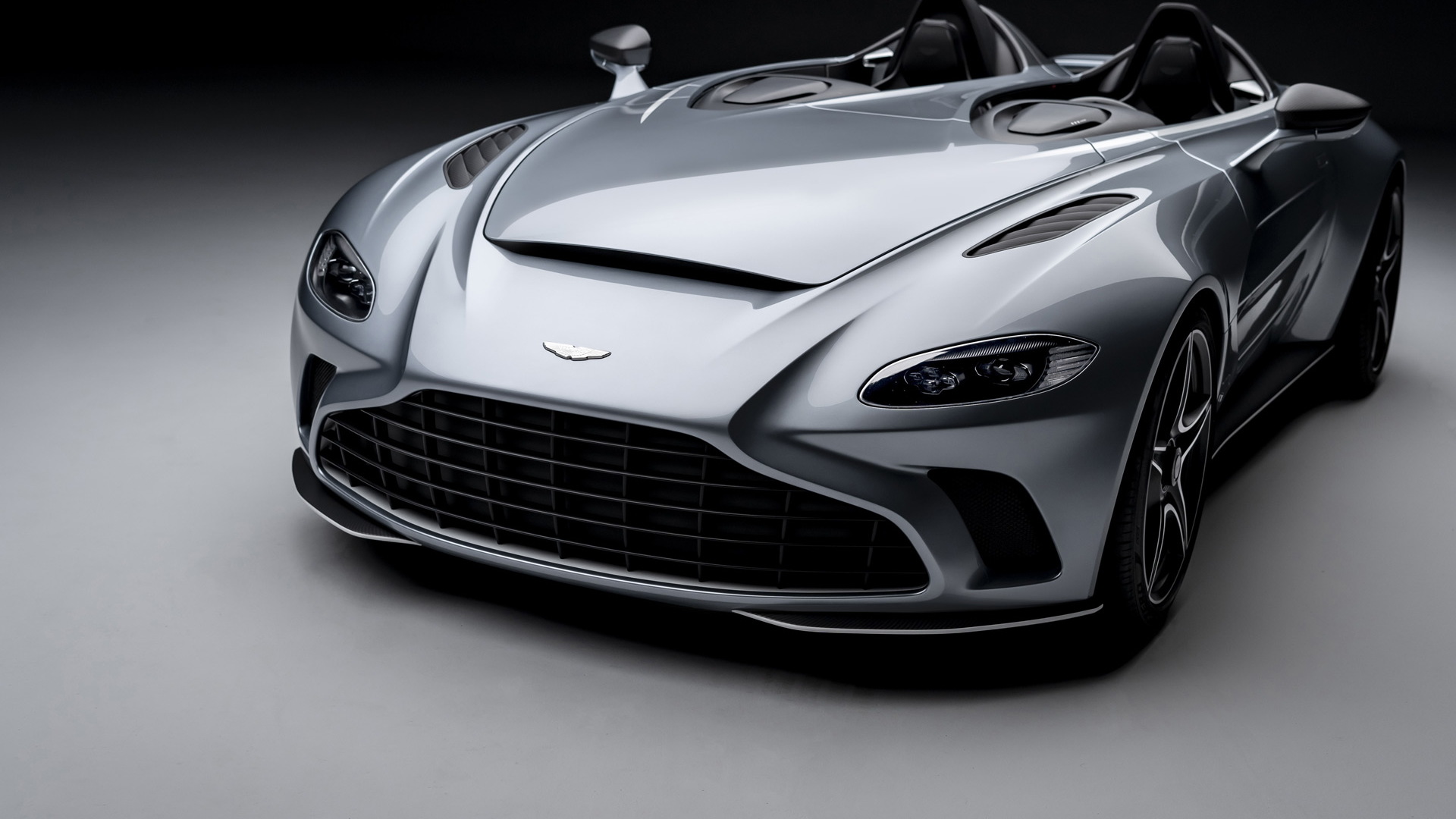 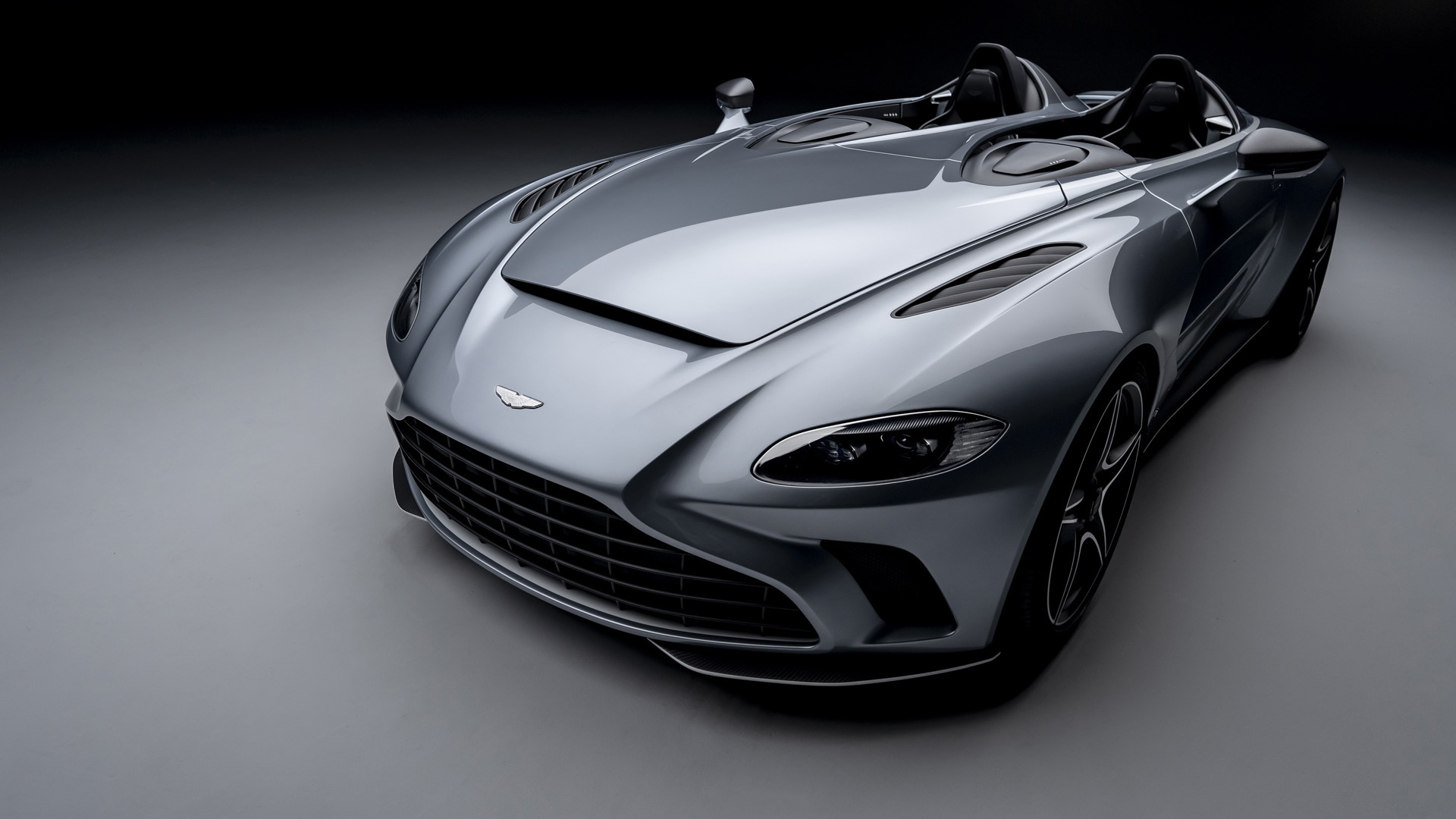 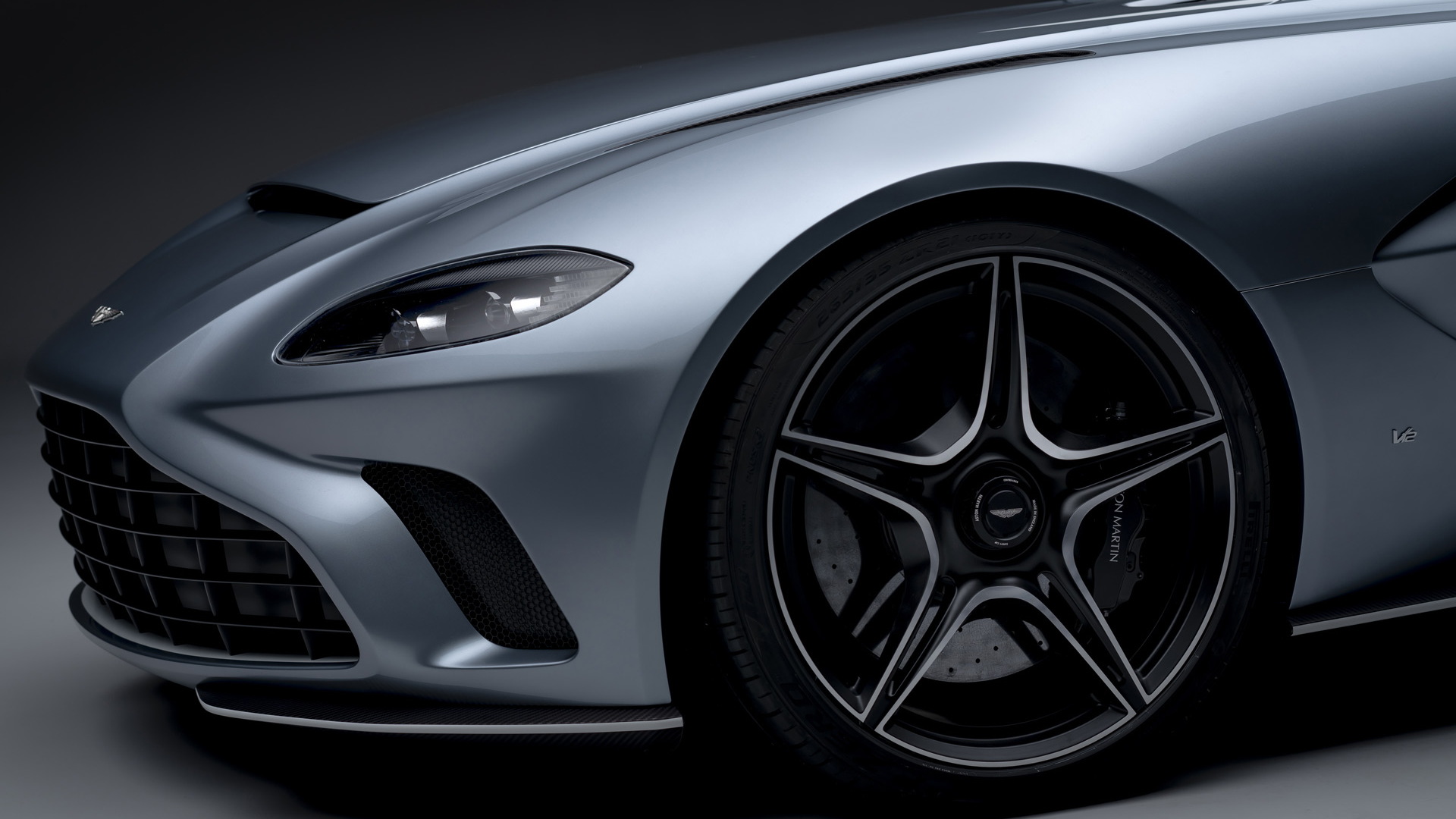 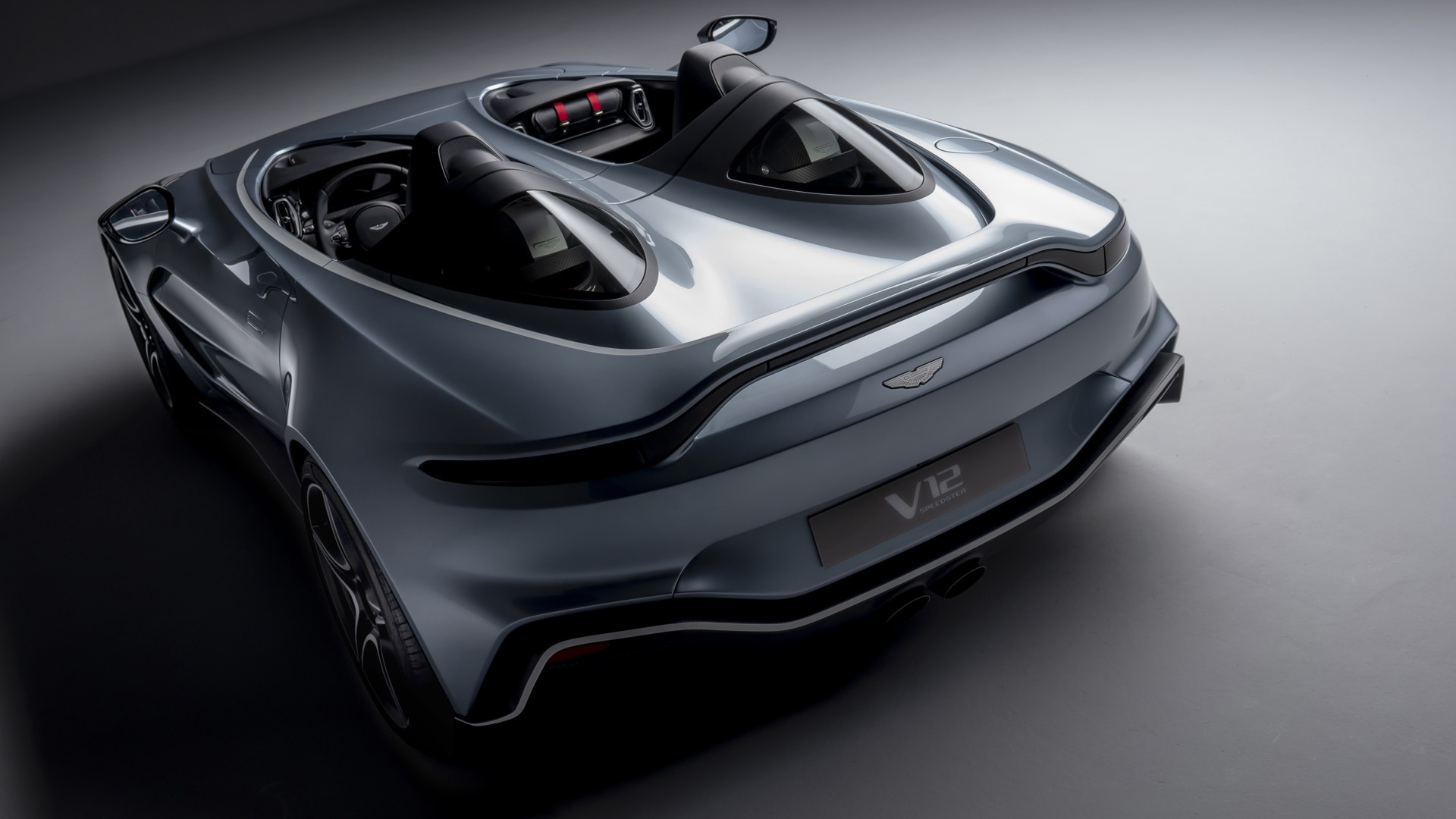 Topless motoring is a distinct pleasure made possible by a nice day and an often sporty convertible. But what if you do away with the top altogether and upgrade from sporty to visceral and exclusive?

Aston Martin is doing just that with the new V12 Speedster that it unveiled at its Gaydon, England, headquarters on Wednesday in lieu of the now-cancelled Geneva International Motor Show.

Created by the brand's customization service Q by Aston Martin, the V12 Speedster is a limited-edition model that not only lacks a top but also windows and recalls cars from the brand's racing and road car past.

The V12 Speedster captures attention with its unique carbon-fiber body that features driver and passenger pods are separated by a central spine and backed by clear nacelles. According to Aston Martin, the design draws inspiration from the DBR1 race car that won the 1959 24 Hours of Le Mans, the CC100 Speedster Concept from 2013, the 1953 DB3S production car, and fighter jets. Other exterior details include a larger version of the current Aston Martin grille, a central nostril at the forward edge of the hood, front fender vents, and a grab handle-style rear spoiler.

The car that Aston Martin introduced features a concept F/A-18 fighter jet livery designed by Q by Aston Martin in conjunction with the airplane maker Boeing. It wears Skyfall Silver paint offset by black finishes on the exterior trim.

The V12 Speedster isn't simply a modified version of a stock V-12-powered Aston Martin. Instead, it combines elements of the bonded-aluminum platforms from the DBS Superleggera and Vantage to create its own platform. It has a double-wishbone front suspension, a multi-link independent rear suspension, and adaptive dampers at all four corners that offer Sport, Sport+, and Track damping modes. Large carbon-ceramic brakes with 16.1-inch front rotors and 14.2-inch rear rotors are also standard.

Aston Martin says the car was developed to deliver a visceral experience and that's why it features the brand's twin-turbocharged 5.2-liter V-12 under the hood. The engine is estimated to produce 710 horsepower and 555 pound-feet of torque in this application. Aston Martin says the V12 Speedster can launch from 0-62 mph in 3.5 seconds and top out at an electronically limited 186 mph (try that without a helmet in this topless and windowless car). As part of the visceral experience, engineers have created a unique stainless steel exhaust system with centrally located exhaust exits to provide a raucous engine note.

Inside, the V12 Speedster has satin chrome structural carbon fiber, saddle leather, chrome, aluminum, and 3D-printed rubber. Instead of a glovebox, it has a removable leather bag in front of the passenger, and more luggage storage is found under the nacelles.

The V12 Speedster is available now, with U.S. pricing starting at $950,000. Only 88 will be built, and the first deliveries are scheduled for the first quarter of 2021.