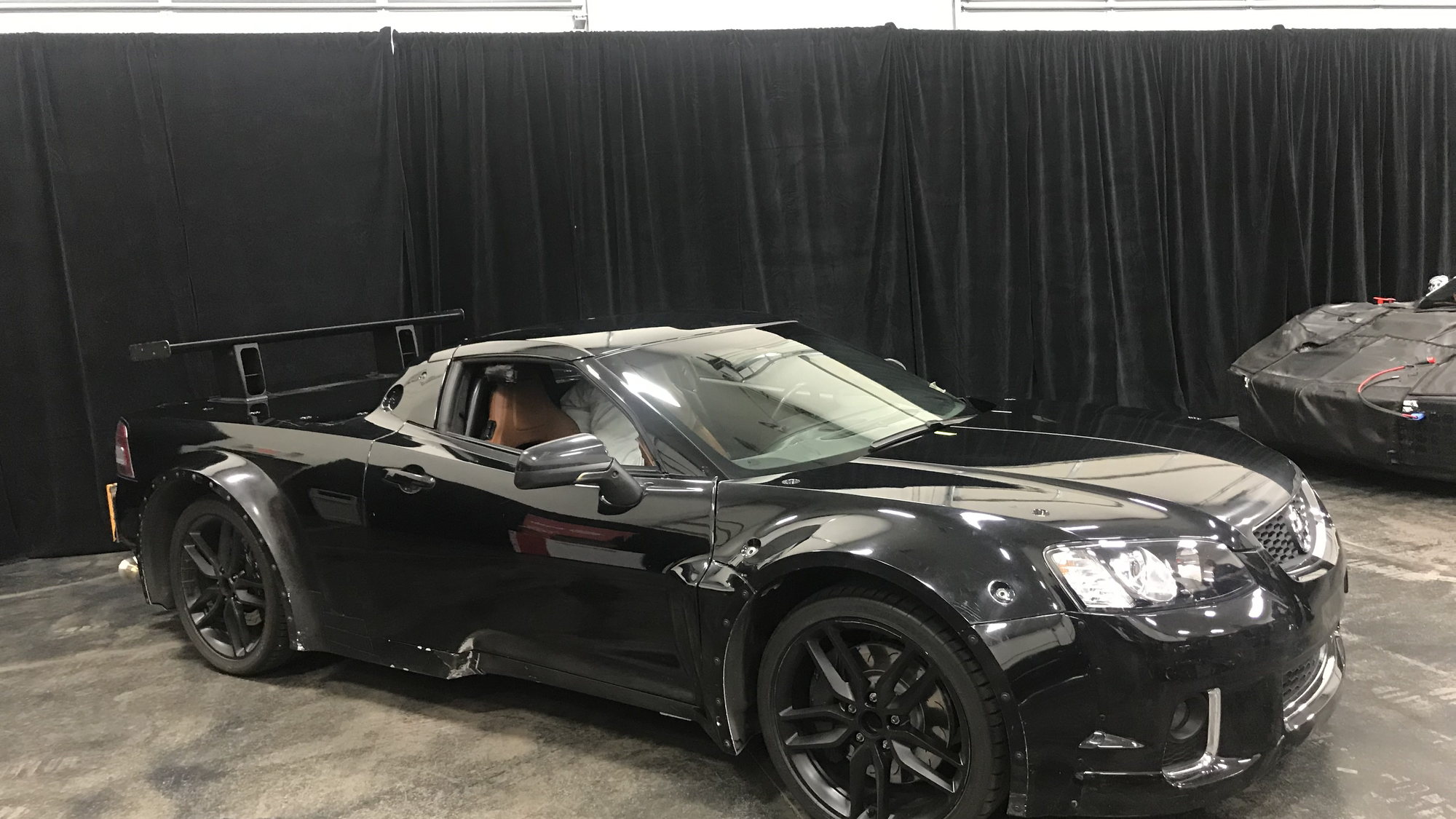 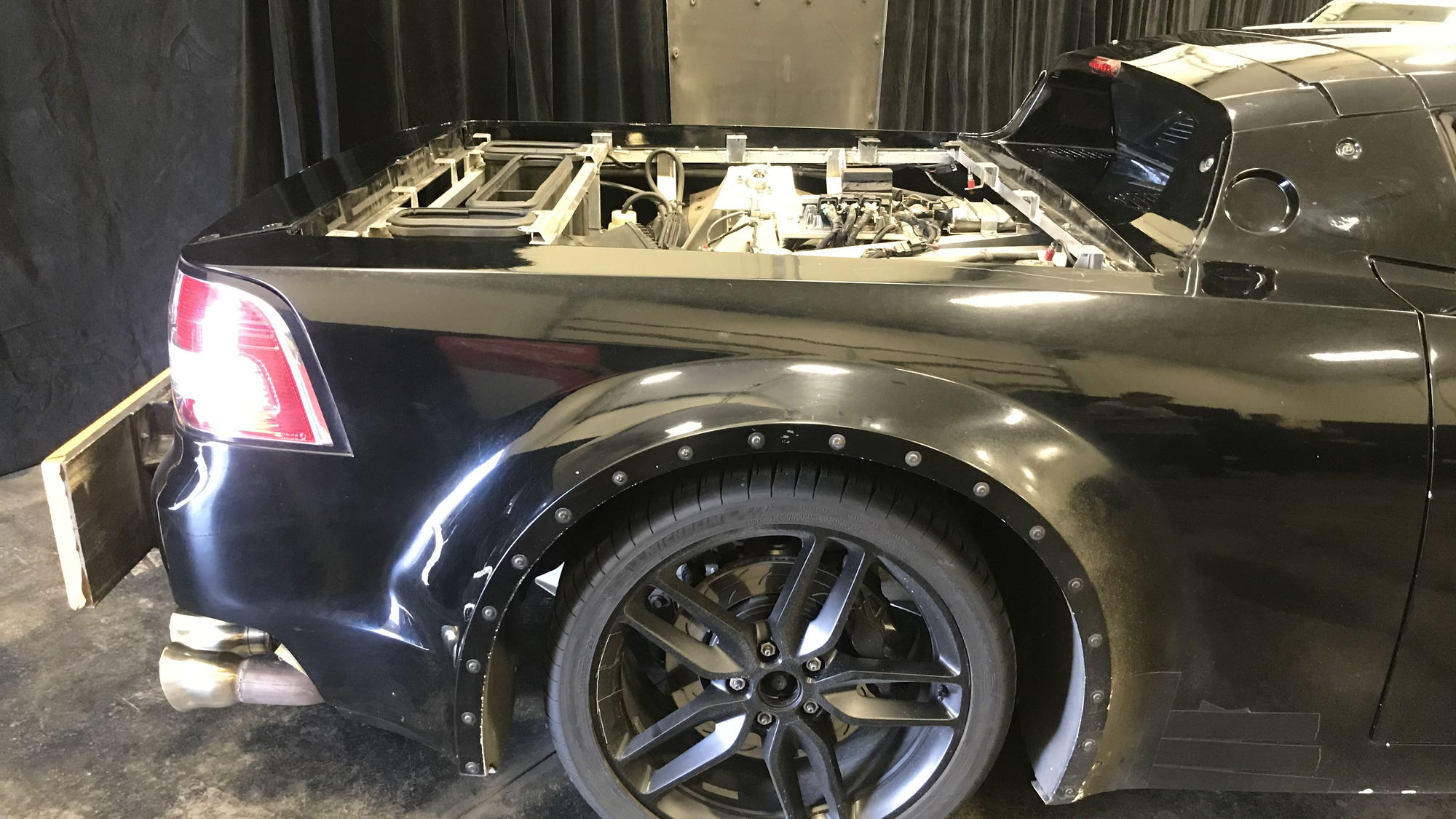 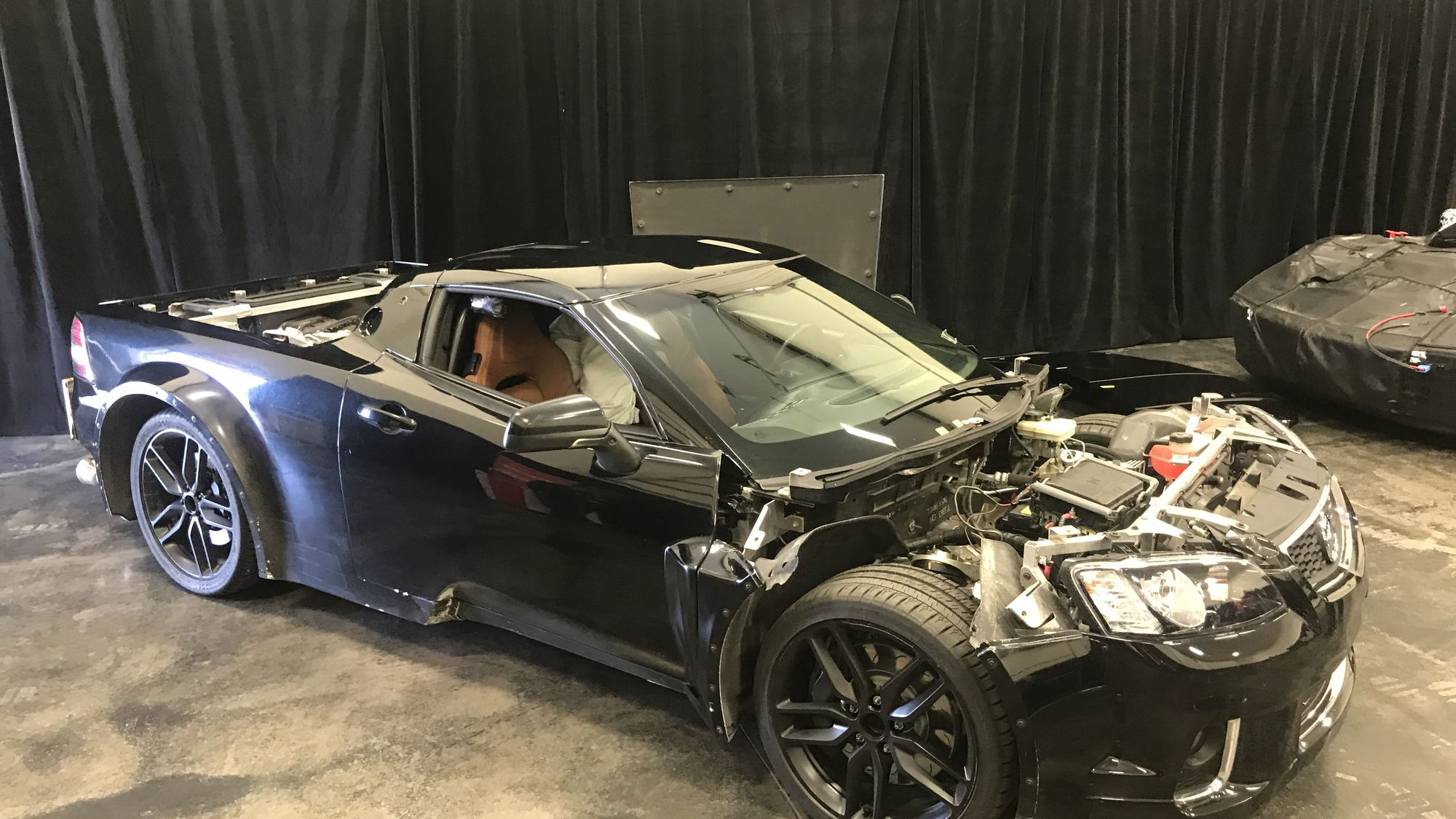 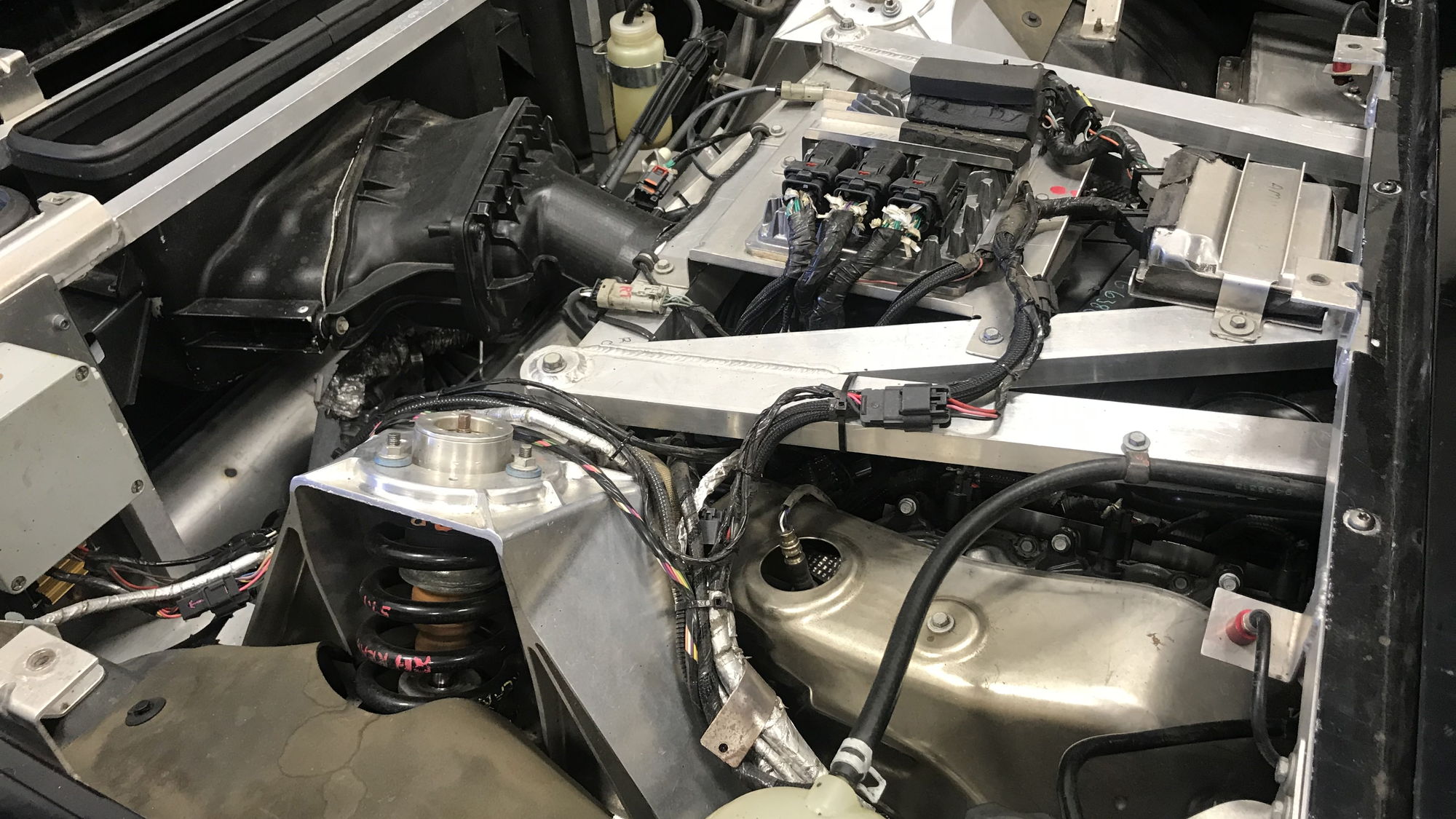 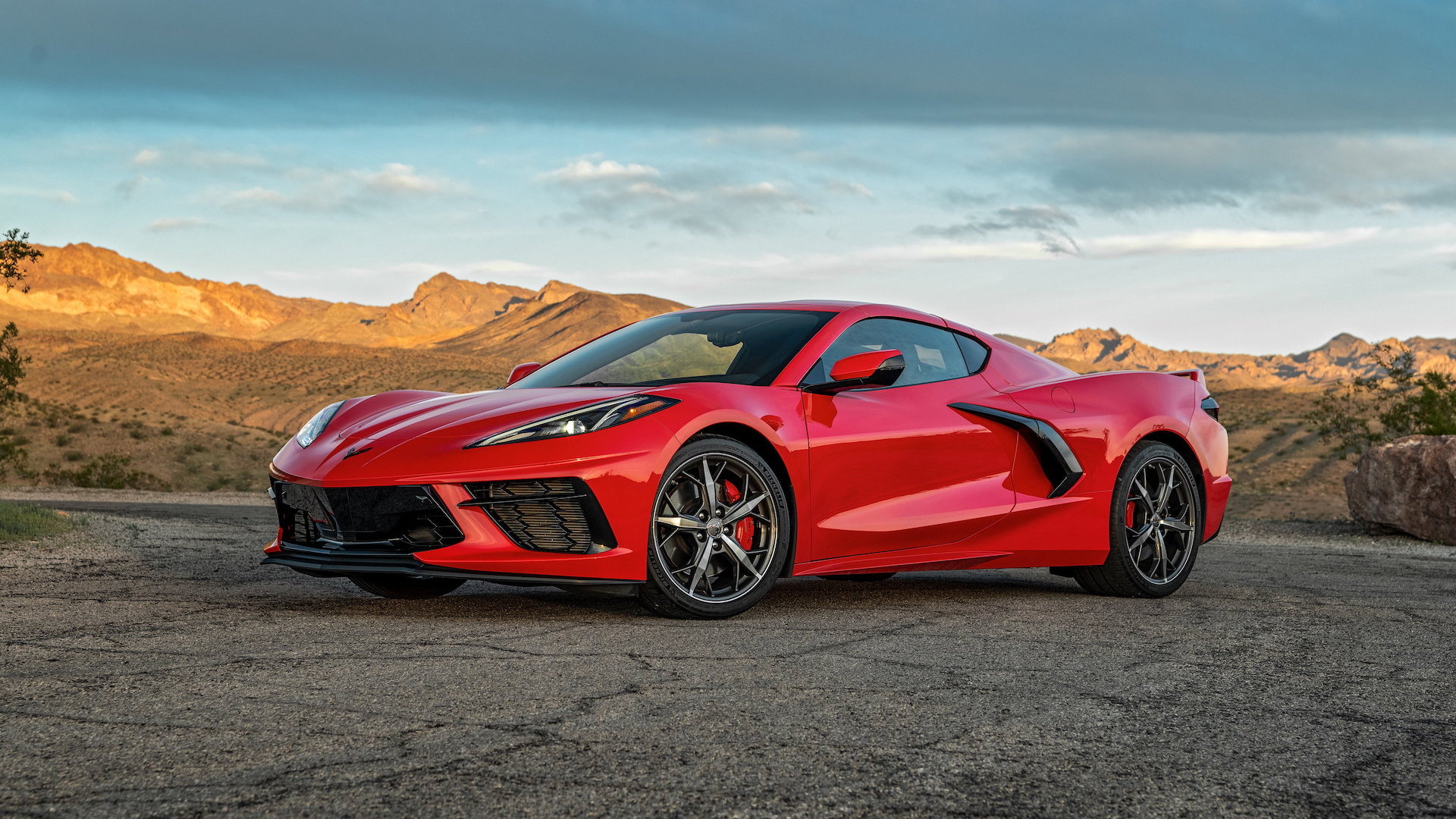 The 2020 Chevrolet Corvette shifted its weight to pack a bigger punch. The switch to a mid-engine design sends 10% of the weight to the rear for a 40/60 rear-biased weight ratio, compared to the outgoing Corvette’s 50/50 weight balance. The new Corvette may seem imbalanced, but sending weight rearward helps the C8 put the power to the pavement more efficiently and even has advantages on a racetrack.

The mid-engine design was 60 years in the making and a major project for the Corvette team, which looked to well established mid- and rear-engine cars for inspiration. Not only did Corvette engineers have to develop a new form factor for the car, but they also created a new engine, worked with Michelin to develop new tires, and tuned the car with new traction control and stability control programming.

Here are seven things you should know about the 2020 Chevy Corvette, from how it was developed to how it performs.

It all started with Blackjack

Development of the C8 began when the C7 came out in 2014. The mid-engine C8 was a secret, even within General Motors, and the Corvette team needed a way to develop the car without leaking its experimental mid-engine design. To keep it away from prying eyes, the team kept the car in a restricted area called “The Lair” at its Milford Proving Grounds and often tested the car at night. Van and station wagon body styles were considered, but the team settled on a ‘ute body style from its Australian brand Holden. Only the grille, headlights, and taillights came from Holden, and the rest used either hand-built or C7 parts. The mid-engine structure was milled from 7,000 pounds of billet aluminum, and about 90 percent of that geometry appears in the final car. One major difference is the use of a front subframe in the final design. Blackjack took eight months to build, and underwent about 8,000 miles of testing.

Chevrolet benchmarked several mid- and rear-engine cars when developing the 2020 Corvette. Among them were the Ferrari 458, Porsche 911 (including S, Carrera 2, Carrera 4, and Turbo models), Audi R8, and McLaren MP4-12C. The team also used the C7 Corvette as a reference, but it focused mainly on the 911 and 458. The 911 provided the target for steering and powertrain integration. The latter was important because the Corvette switched from an 8-speed automatic or 7-speed manual to an 8-speed dual-clutch automatic transmission similar to Porsche’s excellent PDK. The Ferrari was targeted for its balance of handling and ride quality.

The LT2 6.2-liter V-8 now comes standard with a dry sump lubrication system (the C7 had one, too, but not in the base car) that lets the engine sit lower in the C8. One of the biggest differences between the LT1 and LT2 is oil flow. The valvetrain and crankcase are now separate and oil flows separately to each. The LT2 also has three scavenge pumps instead of one, with two at the bottom of the engine in the crankcase and one at the top in the valvetrain area. The additional pump to evacuate the crankcase improves power by reducing pressure and ensures oil pressure at higher lateral Gs.

How it makes 30 more horsepower

The LT2 V-8 is almost entirely new compared to the LT1. The cylinder heads and valvetrain are basically the same, but most of the rest of the engine is different. The C8’s mid-engine packaging allows the intake manifold to rise higher, which frees up more room for the engine to breathe. The headers now have equal-length runners that create a consistent exhaust pulse, which also helps the engine breathe better (cylinders Nos. 1 and 8 created unequal pulses on the LT1). Shorter headers and exhaust pipes improve airflow as well. Chevy small-block engine engineer Mike Kociba says less pressure in the crankcase adds about 3-5 horsepower, the intake manifold adds 1-2% more power, and the headers add another 1%. In total, these improvements give the LT2 an extra 30 hp versus the LT1.

It launches with less power for quicker times

The C8 achieves its 2.9-second 0-60 mph time (with the Z51 Performance Package, 3.0 seconds without) with more overall power but less power at launch compared to the C7. The new LT2 V-8 improves output over the LT1 from a max of 460 hp and 465 pound-feet of torque to the Z51’s 495 hp and 470 lb-ft of torque (490 hp and 460 lb-ft for the base engine). However, the switch from an 8-speed automatic transaxle to the new 8-speed dual-clutch transaxle eliminates the torque converter, which Kociba says multiplied torque by about 15% in the C7. Do the math and the 2019 Corvette could launch with as much as 529 hp and 535 lb-ft of torque (provided you could wring the revs high enough) and deliver a 3.6-second 0-60 mph run. The C8 is quicker with less power at launch.

A trio of tires

The 2020 Chevrolet Corvette offers two standard tires, plus an accessory winter tire. The base tire is a new Michelin Pilot Sport All Season 4. A spokesperson for Michelin says it pulls nearly 1 G laterally on a skidpad, comes with a 30,000-mile warranty, and is good until about -20 degrees Fahrenheit. Word of advice: Don’t drive your Corvette when it’s 20 below. However, if you must, you can buy the Michelin Pilot Alpin PA4 winter tire from Corvette dealers. Buyers who choose the Z51 Performance Package get the Michelin Pilot Sport 4S tire that can grip to 1.03 G on a skidpad and is unique to the Corvette. Compared to other 4Ss, it has subtle changes to the tread pattern, unique compounds, and changes to where those compounds are placed. Michelin delivered both increased grip and decreased rolling resistance with the 4S, two traits that usually stand in opposition to each other. Every Corvette tire is a run-flat. The run-flat capability is provided by a thick inner sidewall, while a thinner outer sidewall helps smooth out the ride and provides better handling with a larger contact patch.