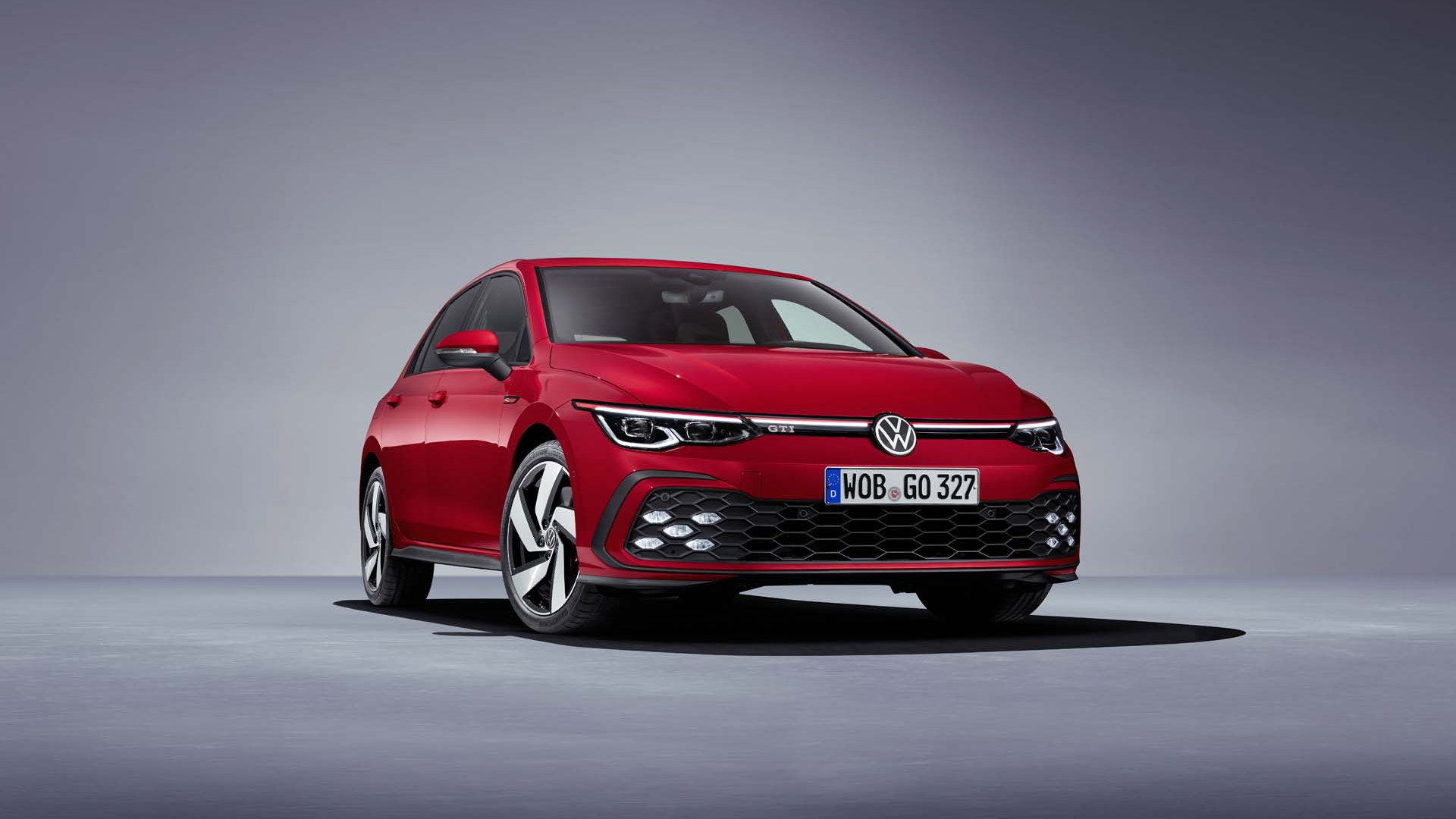 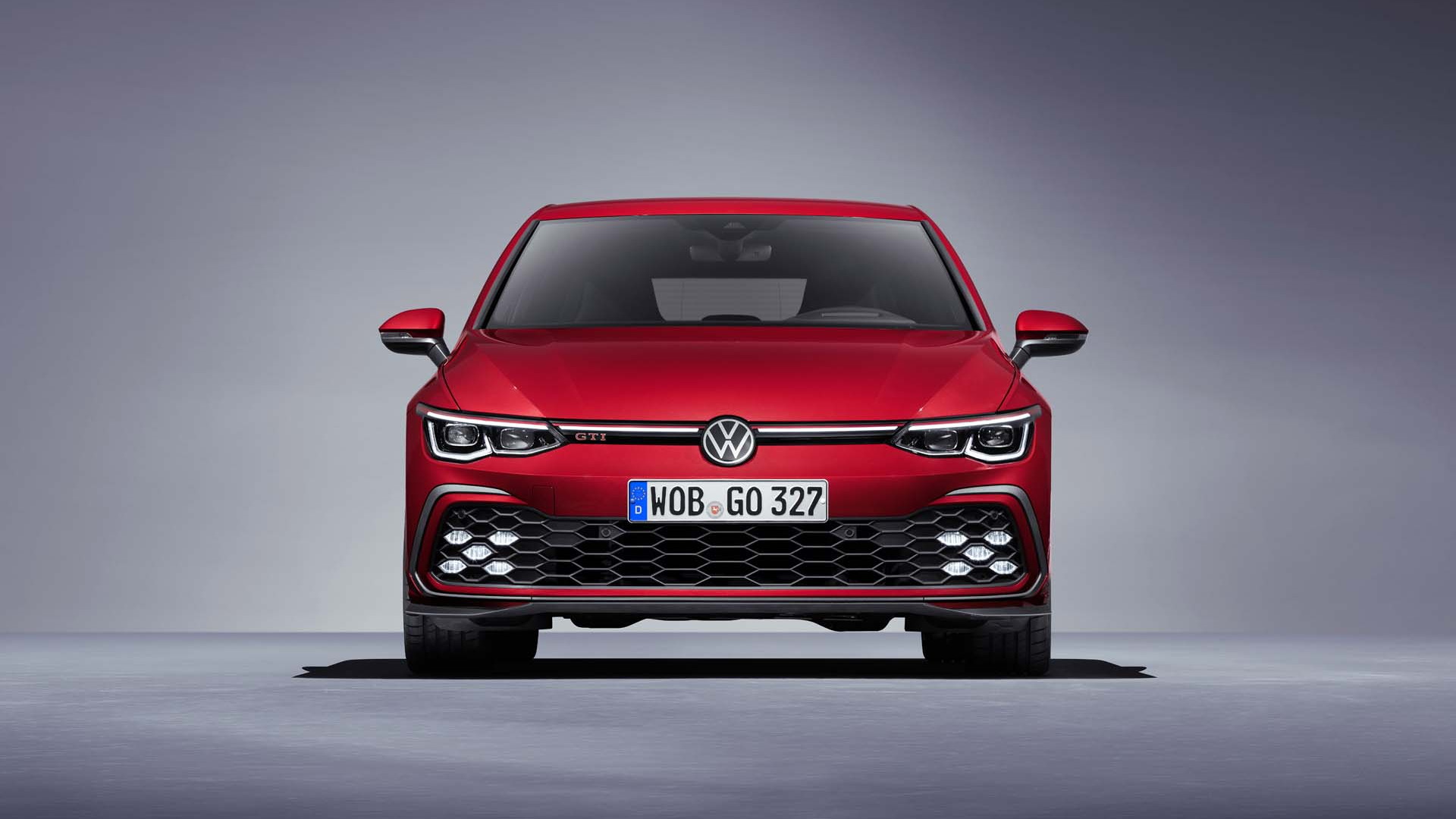 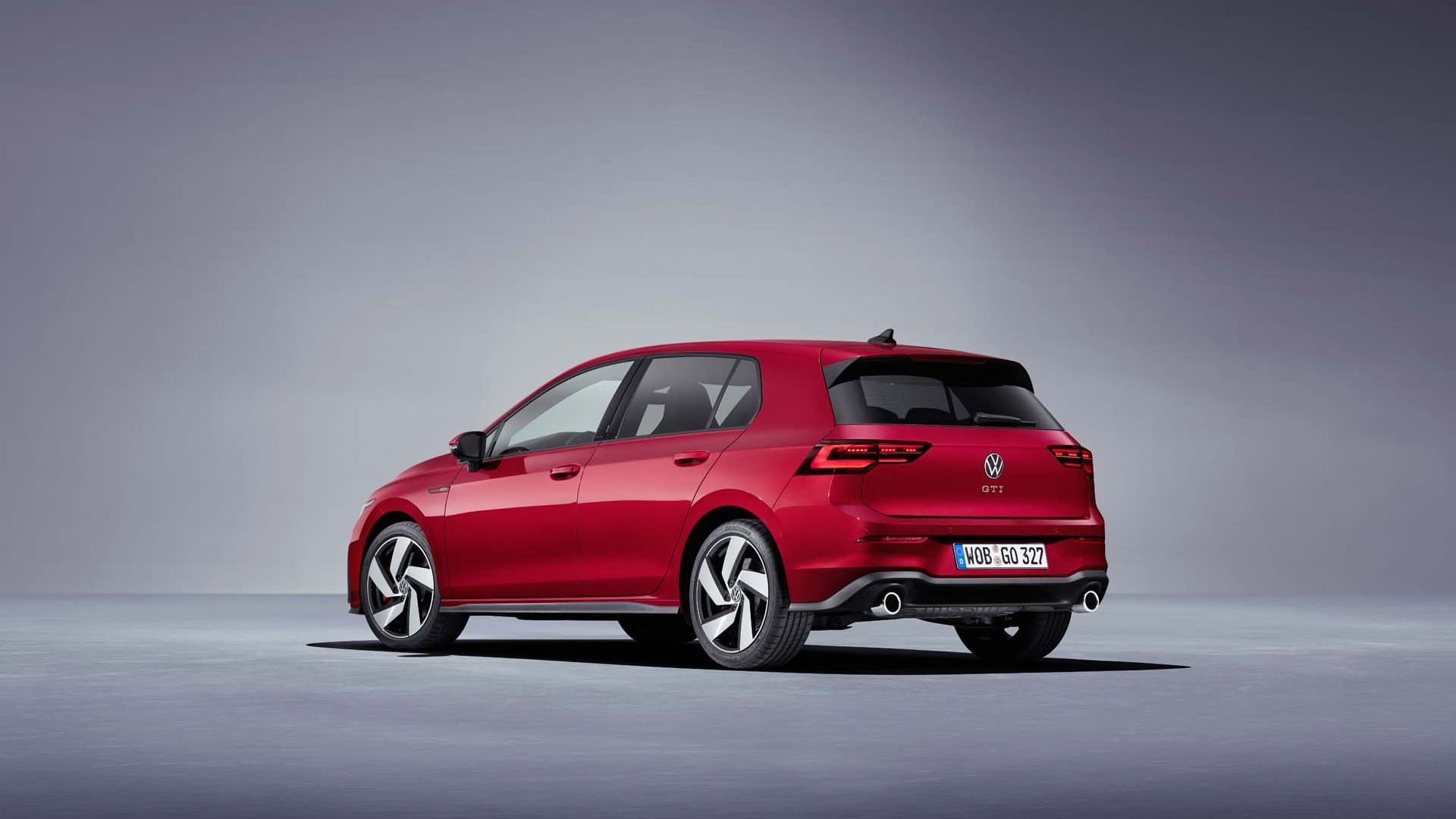 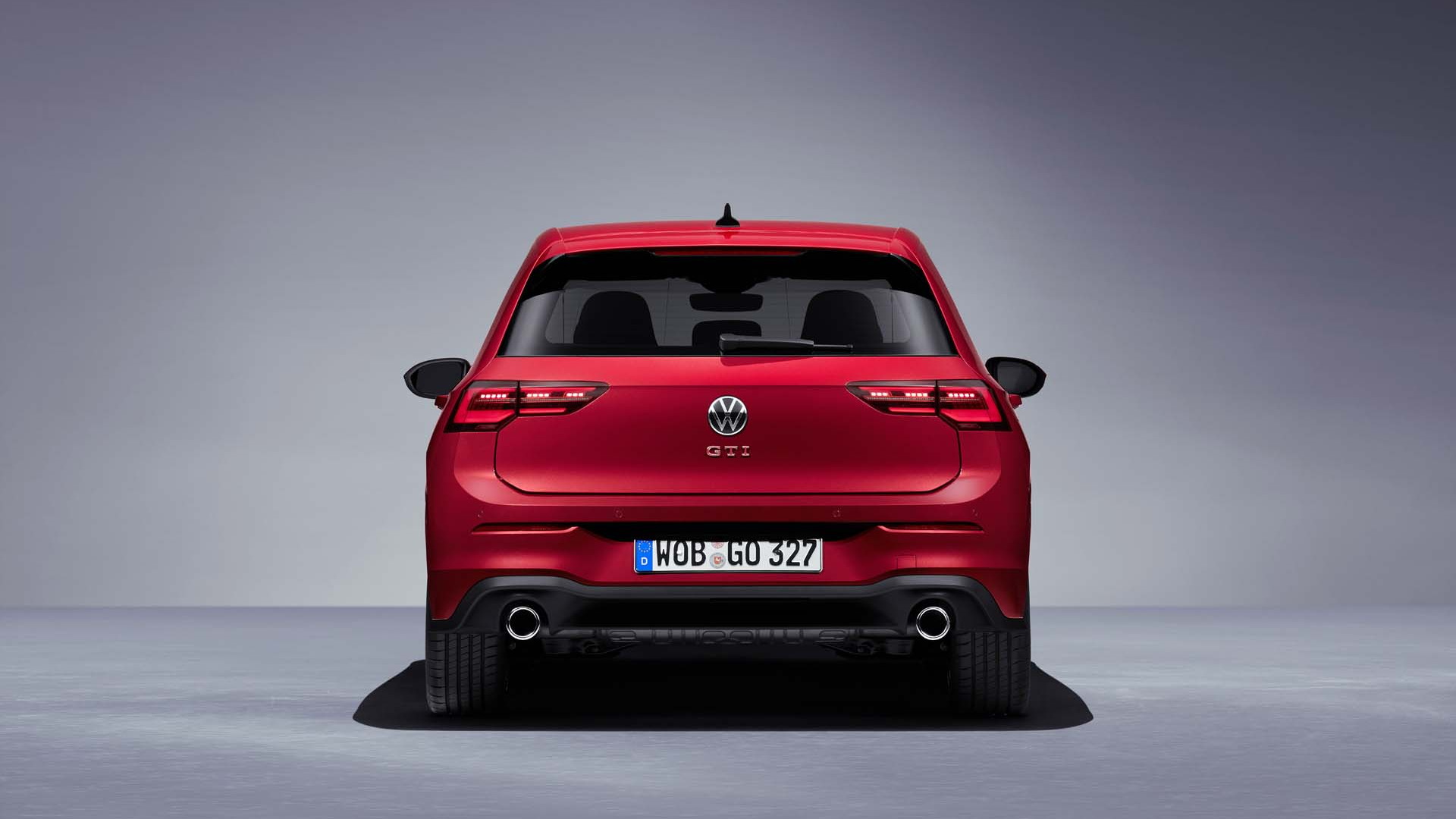 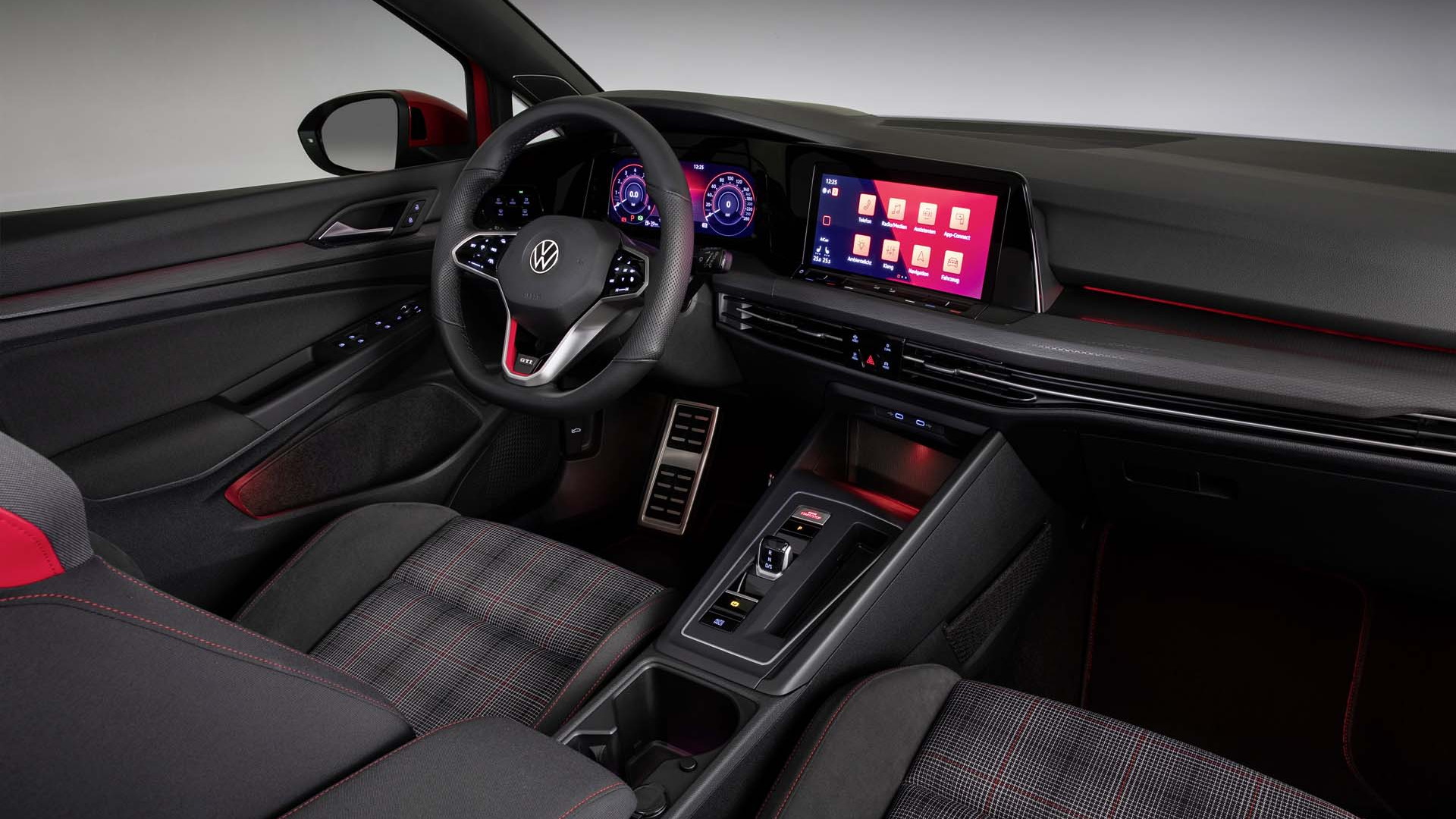 On Wednesday, VW unveiled the Golf GTI ahead of the hot hatch's formal debut at the 2020 Geneva International Motor Show, and it will feature more digital screens and more power in the same GTI package that enthusiasts love.

The powertrain separates the GTI from the more pedestrian Golf upon which it's based. The hot hatch will be powered by VW's EA888 evo4 2.0-liter turbo-4. In Europe, output will jump to 245 horsepower, though U.S. power figures haven't been announced. Volkswagen spokesman Mark Gillies confirmed to Motor Authority that the new GTI 's power will rise compared to the current model's 228 hp but it won't make as many horses as the European car.

Power will go to the front wheels via a 6-speed manual or 7-speed dual-clutch automatic transmission.

The latest GTI will ride on an updated version of the current model's MQB platform with struts up front and a multi-link independent rear suspension. A new Vehicle Dynamics Manager system will control both the limited-slip differential and adaptive dampers. Drivers will be able to pick from Comfort, Eco, Sport, and Individual drive modes.

All the hallmark GTI design traits are present. The lower front grille has a honeycomb pattern that houses the optional fog lights arrayed in an X pattern. The LED headlights are accented by a red and white daytime running light strip that the spans the full width of the front end. Sill extensions give the profile some flair, while the rear features the standard GTI dual exhaust with one outlet per side. In Europe, 17-inch aluminum wheels will come standard and 18- and 19-inchers will be available.

The nearly buttonless cockpit features the familiar golf-ball shift knob for the 6-speed, but those who opt for the 7-speed dual-clutch transmission will get a Braun razor-like nub as a gear selector. The sport seats are covered in the traditional plaid fabric, now with a new pattern. The leather-wrapped, three-spoke, flat-bottom steering wheel has touch-sensitive buttons to control the 10.25-inch digital gauge cluster and 10.0-inch touchscreen infotainment system.

The new GTI will launch in Europe in the second half of 2020 and arrive a year later in the U.S.