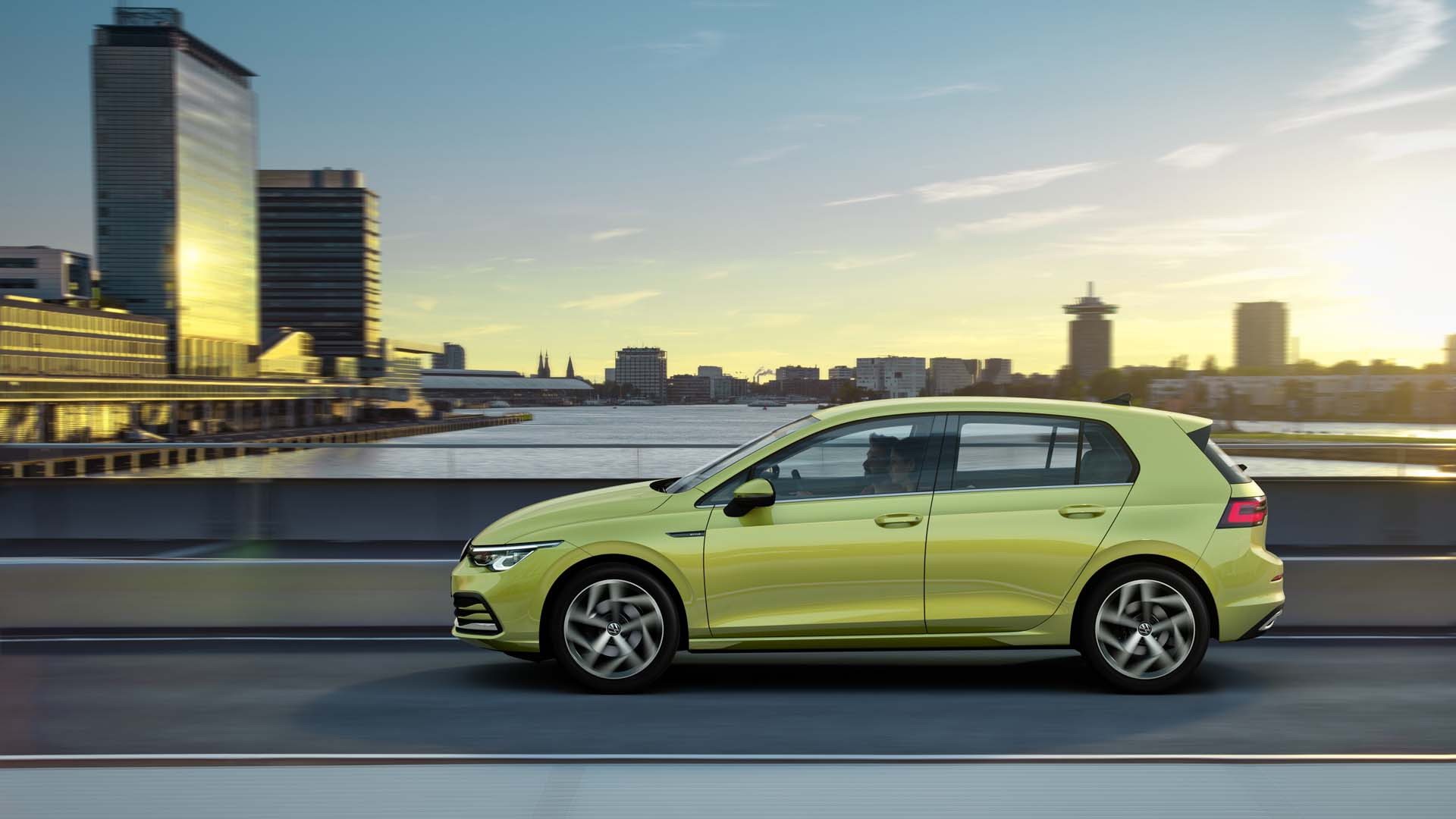 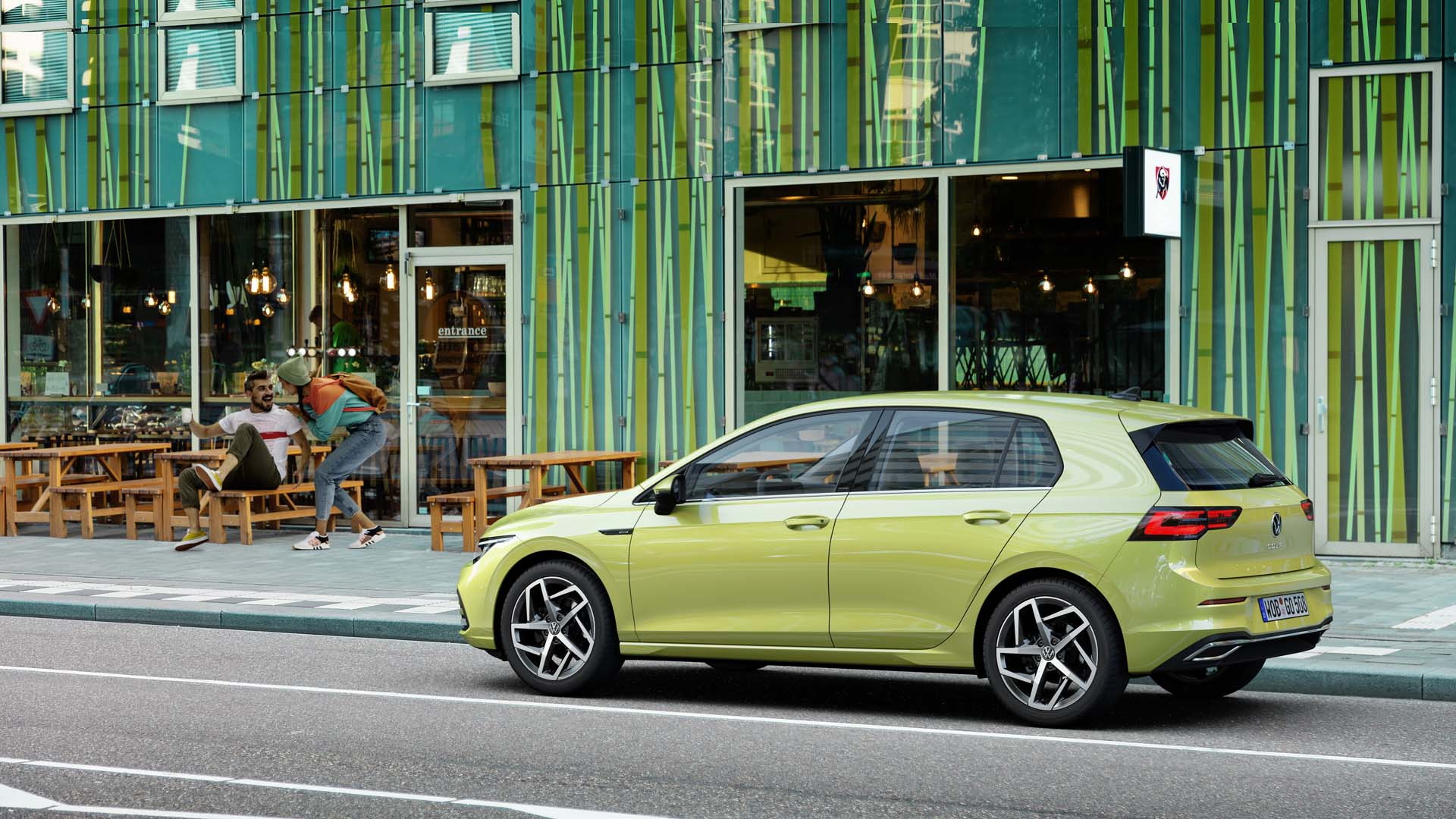 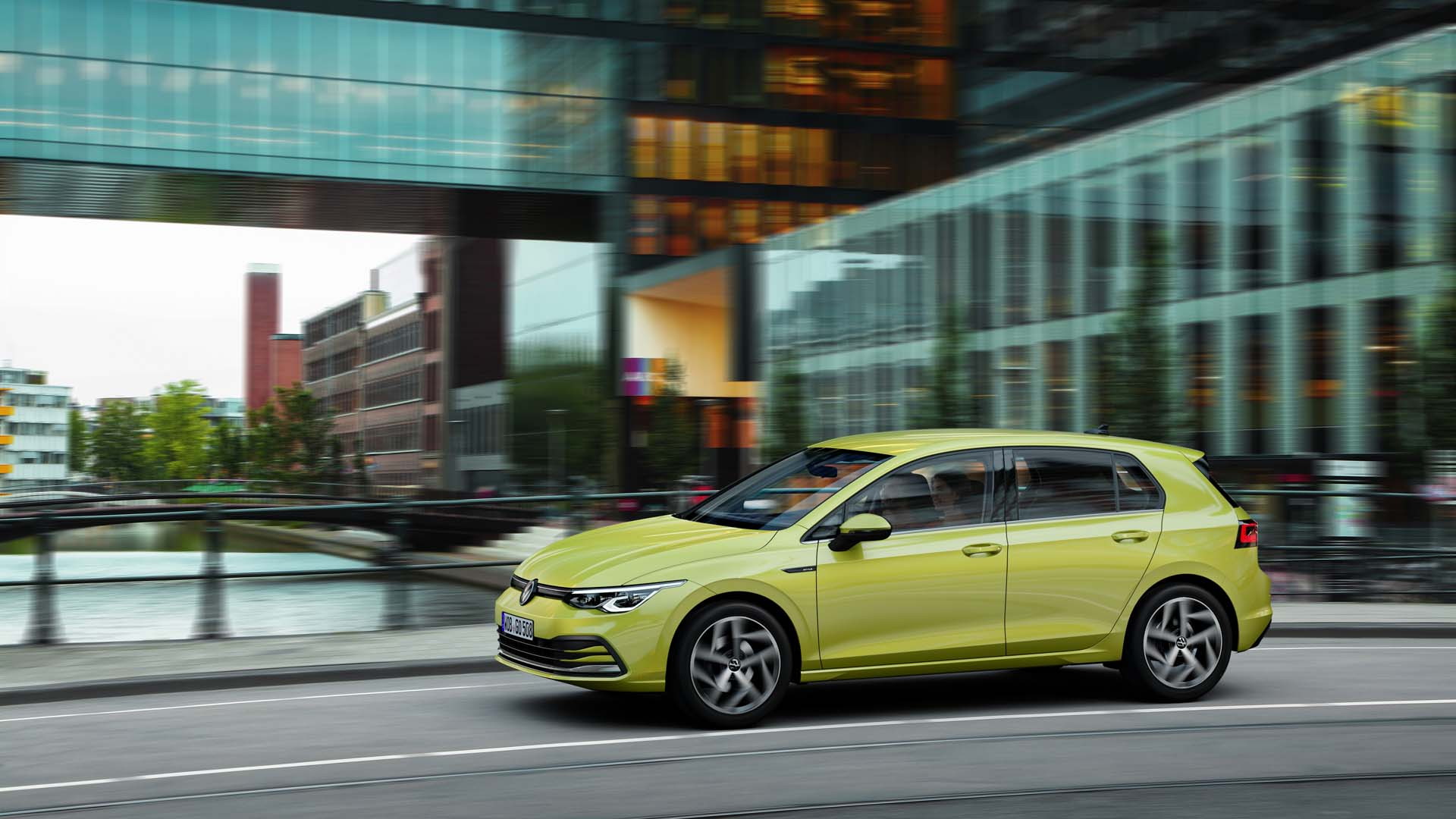 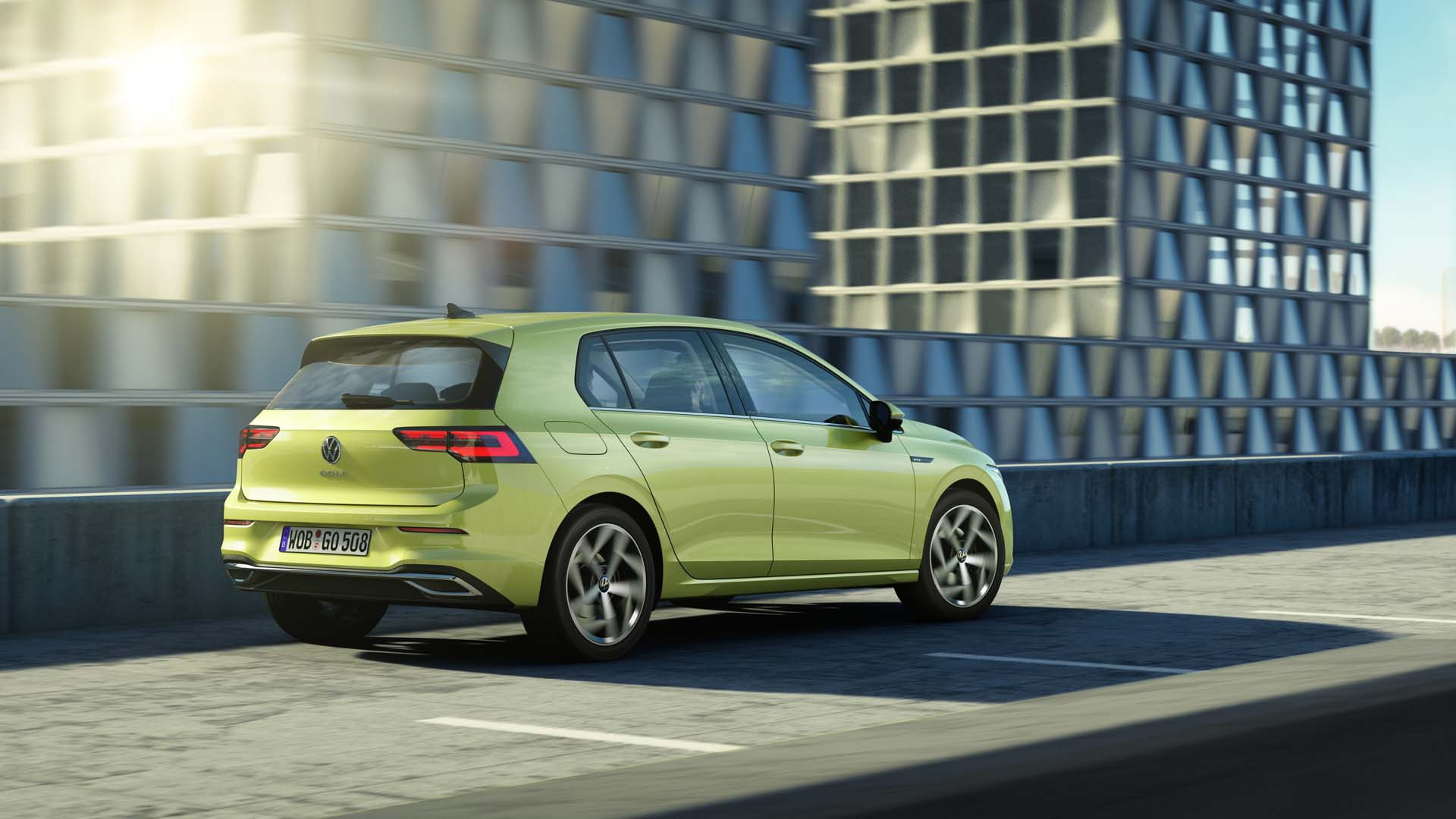 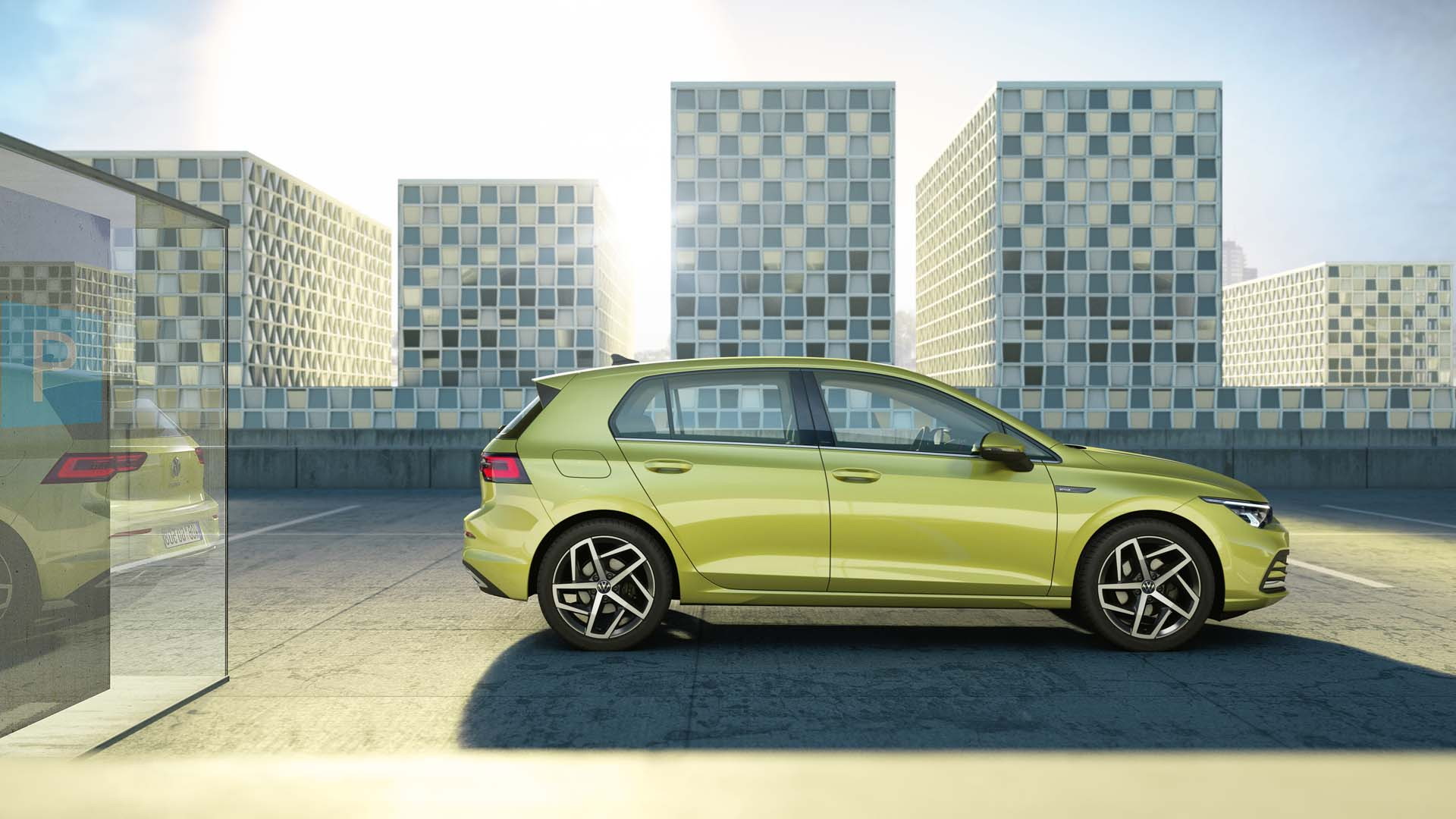 Volkswagen on Thursday unveiled a redesigned Golf, the eighth generation of the iconic nameplate and a clear evolution of the previous model.

Right now VW says the new Golf in standard guise is still under consideration for the United States, though enthusiast favorites like the Golf GTI and Golf R are definitely coming in redesigned form. We're also likely to see the redesigned Golf GTE plug-in hybrid, though VW remains quiet on the matter.

Due to hit the first markets in December, the new Golf is a heavy update of the solid outgoing model with the development team having focused on digital aspects including connectivity, as well as introducing electrification. The shape has hardly changed, though we're told the coefficient of drag has been reduced to a low 0.275 Cd. LEDs are also standard for all lighting units, with Matrix LED headlights offered in some markets.

The platform is Volkswagen Group's familiar MQB design and eight powertrains have been announced, including gasoline, natural gas and diesel units, with the most powerful delivering 296 horsepower—likely in the redesigned Golf R. And depending on the model, a 6-speed manual will be standard and a dual-clutch transmission available. 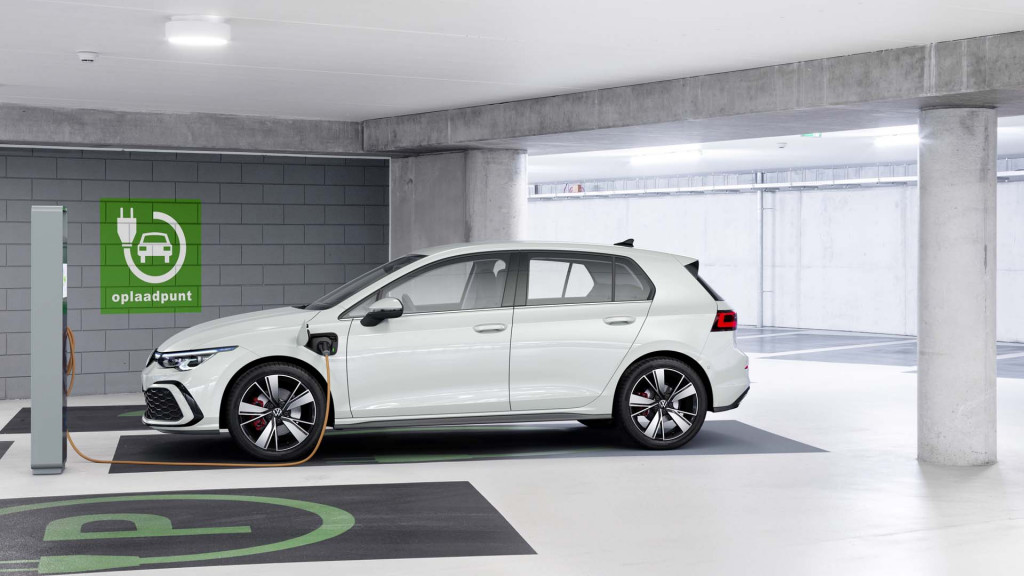 Multiple mild- and plug-in hybrid options are also included. In the case of the mild-hybrid powertrains, there's a 48-volt belt-driven motor-generator that recovers energy under braking and coasting and uses this to start the engine as well as provide a boost off the line.

As for the plug-in hybrid powertrains, two have been announced with the more powerful featuring in the Golf GTE. It's rated at 242 hp. In both plug-in models, a 13-kilowatt-hour lithium-ion battery provides enough juice for a short electric range. Note, there won't be a repeat of the battery-electric e-Golf as VW has replaced that model with the ID 3 hatch. 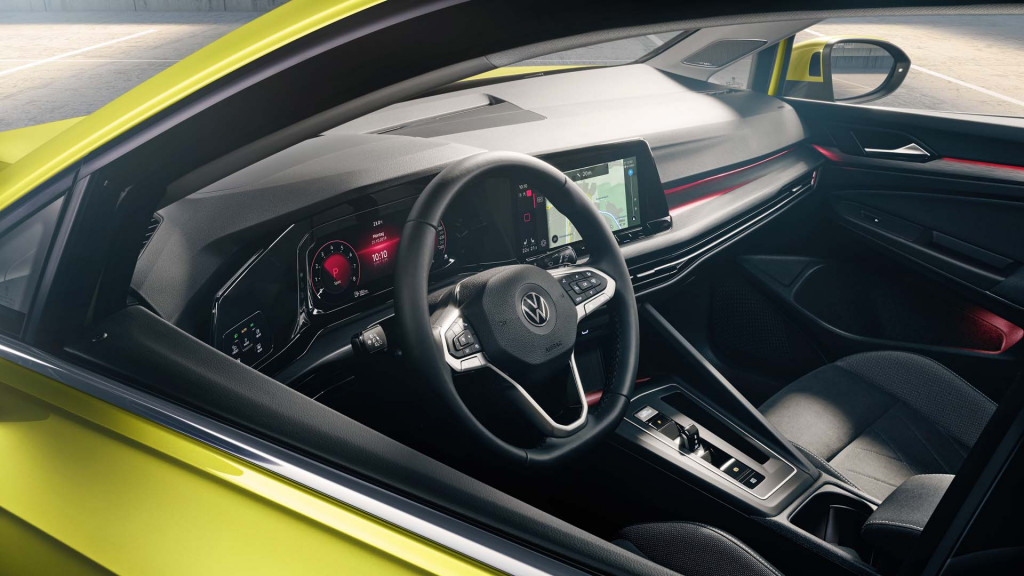 Perhaps the biggest news with new Golf is all the technology that's been added. A 10.25-inch digital instrument cluster and 8.25-inch infotainment screen are fitted as standard and the vehicle is always connected to the outside world, either via the Internet or a new Car-to-Infrastructure (C2X) communications system. The latter uses data from the cloud and other vehicles within a 2,600-foot radius to predictively warn of hazards such as accidents, broken down vehicles, road works, traffic jams and emergency vehicles.

Another advanced feature not normally found in the class is what VW calls Travel Assist. This is a semi-autonomous driving aid that uses adaptive cruise control and lane keep assist to control the vehicle in a lane, even at speeds as high as 130 mph. Drivers still need to pay attention and are required to hold the streering wheel every 15 seconds for the system to continue operating. If the driver fails this, a number of warnings will be assued and an Emergency Assist feature designed to bring the car to a stop will be activated. 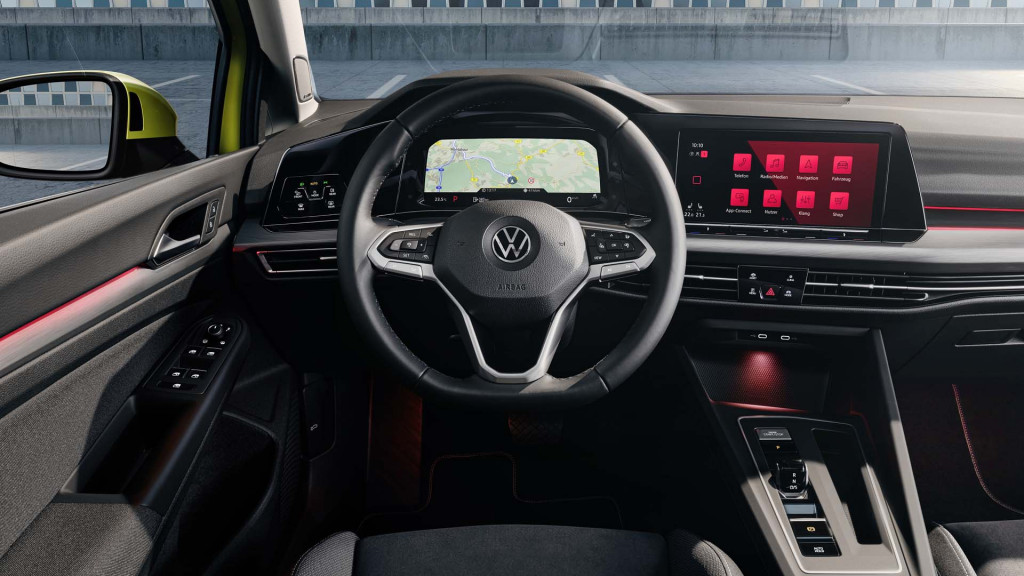 VW is also enabling owners to retrofit tech features to their cars, so an owner can choose at a later date to install adaptive cruise control, for example, or add a WiFi hotspot. It's likely new features will also be developed over the course of the new Golf's lifecycle.

One last major change with the new Golf is production. All production will be handled at the one plant in Wolfsburg, Germany. The previous Golf is built at multiple plants, including a plant in Mexico for the U.S. market.