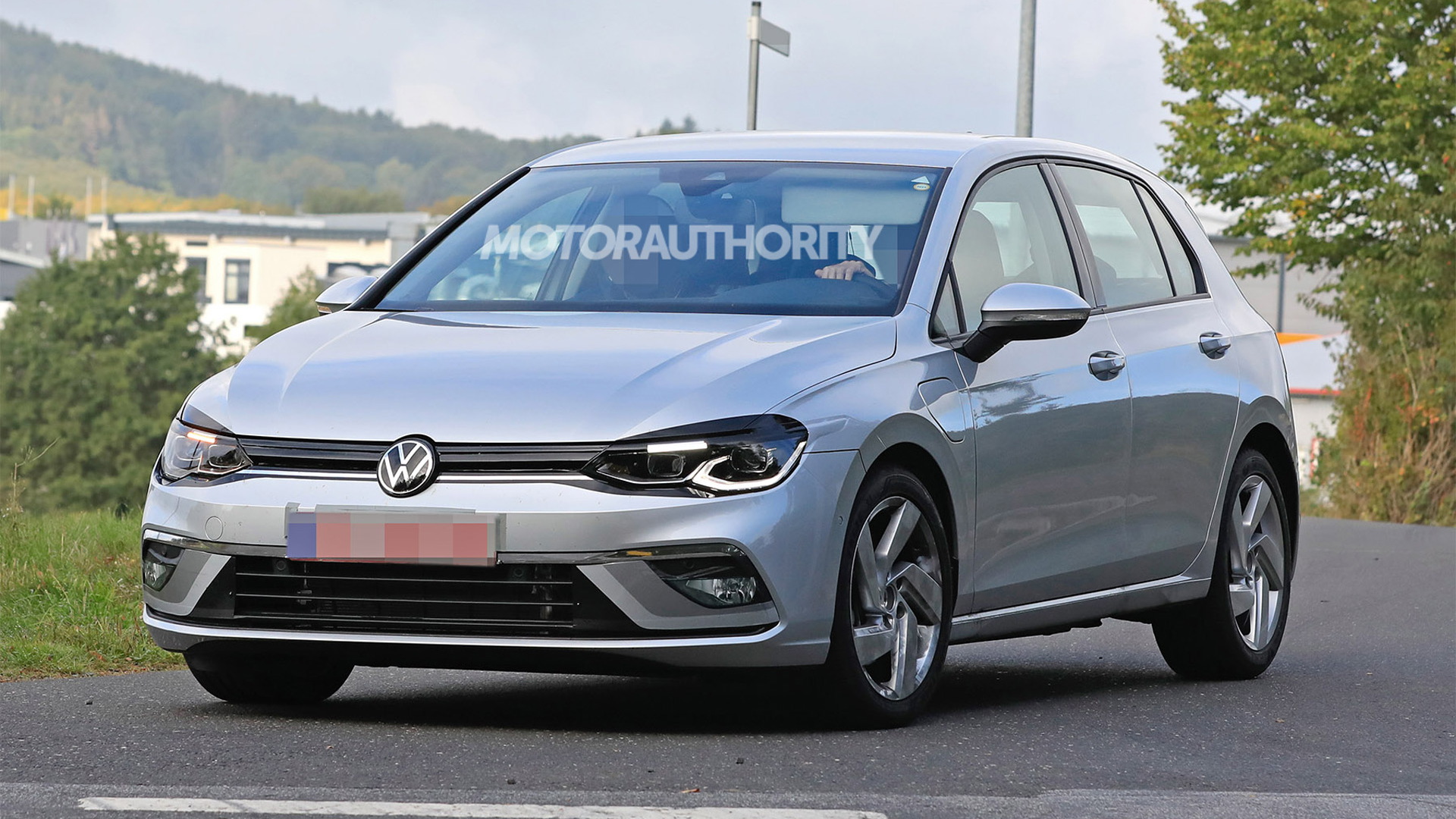 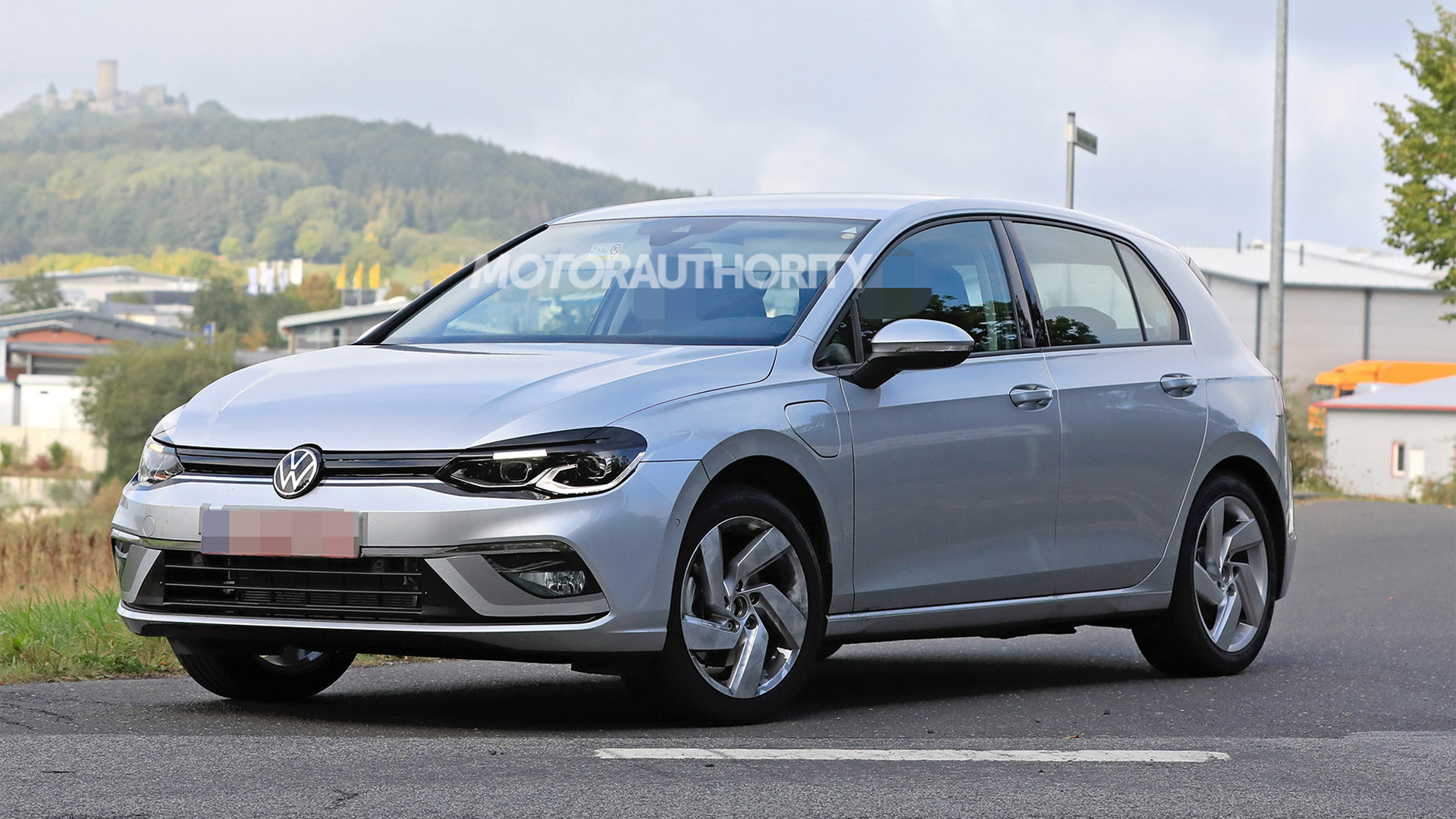 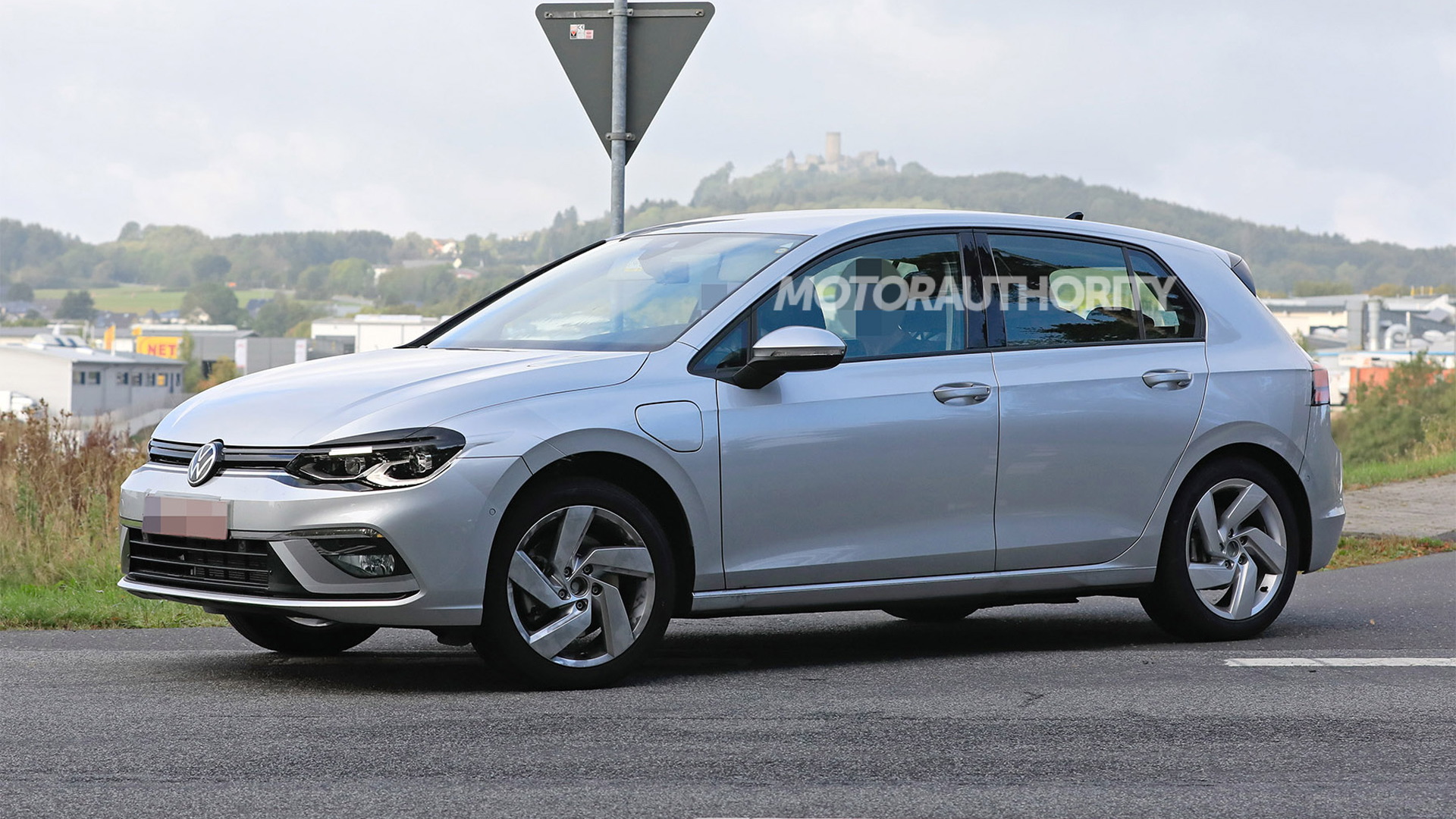 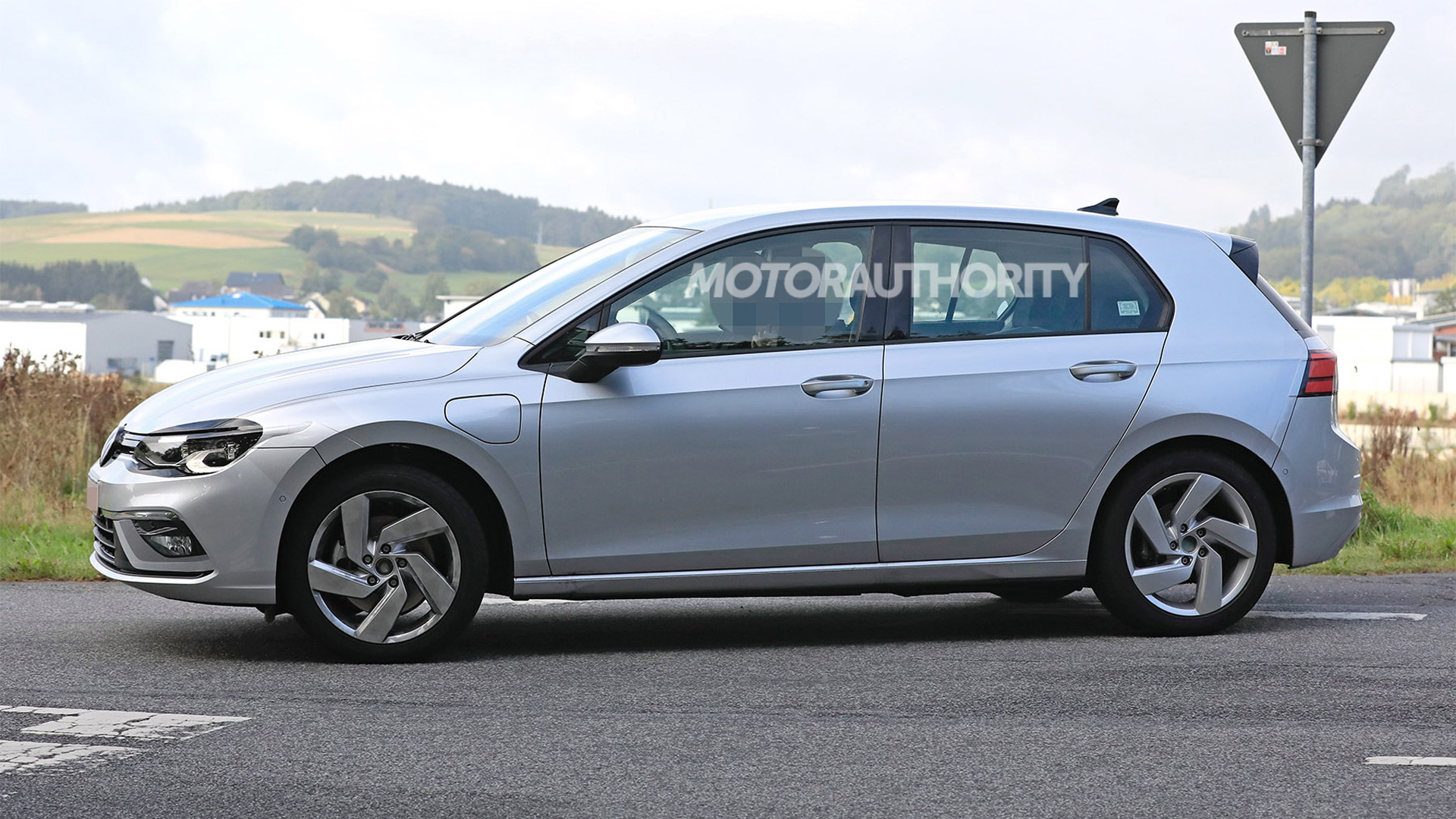 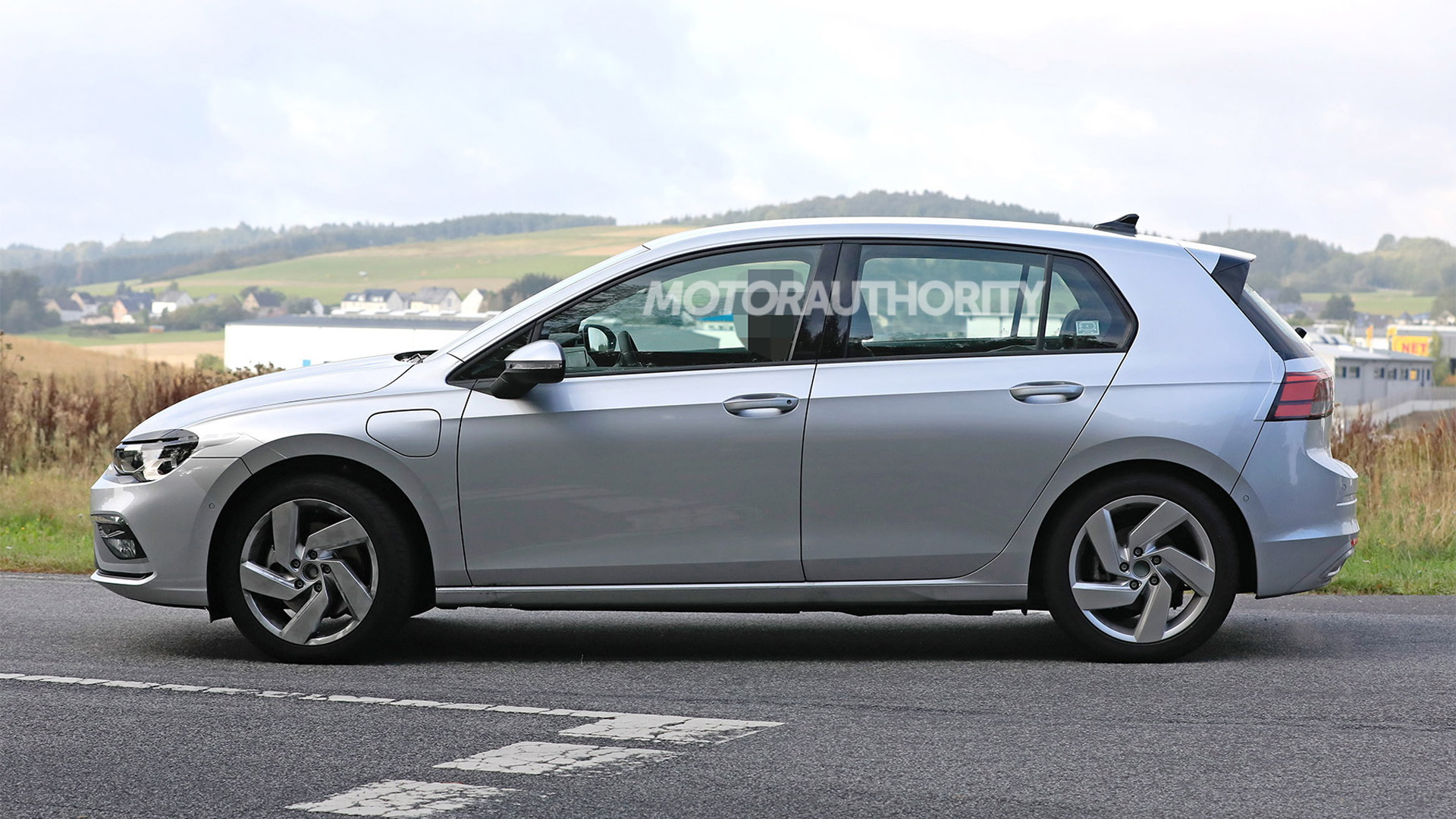 Volkswagen's redesigned Mk8 Golf is set for its world debut in only a month's time, so the engineers out testing the car have let their guard down in terms of camouflaging the prototypes.

The latest prototype is for a planned plug-in hybrid version of the redesigned Golf, as evidenced by the charge-port door on the driver's side front fender, and if you look a little closer you'll notice that the tester is also sporting VW's revised logo revealed last week at the Frankfurt International Motor Show on the ID 3 hatchback.

With the ID 3 filling the battery-electric compact hatch role at VW, there won't be a repeat of the Mk7 Golf's e-Golf variant. However there will be a repeat of the plug-in hybrid Golf GTE, and this time the car is expected to offer two power levels.

The powertrain will likely be the same setup recently introduced in the Passat GTE sold overseas, specifically a 1.4-liter turbocharged inline-4 mated to an electric motor for a combined 215 horsepower. Expect the standard Golf GTE to deliver around 200 hp while the spicier version could come with closer to 240 hp. In both cases expect a 13-kilowatt-hour lithium-ion battery to be fitted.

The Mk8 Golf is based on an updated version of Volkswagen Group's MQB platform featured in the Mk7 Golf. The biggest improvements will be in the area of tech, with a digital dash and permanent web connection expected to be standard. Much more advanced electronic driver assist features should also be present.

Right now only the Golf GTI and Golf R models are expected to make it to the United States, with the GTI to arrive first, likely in late 2020 as a 2021 model. Elsewhere, the new Golf range will go on sale in early 2020. Given the lack of camouflage gear on the Golf GTE prototype, the plug-in hybrid model should be available at launch or shortly thereafter.