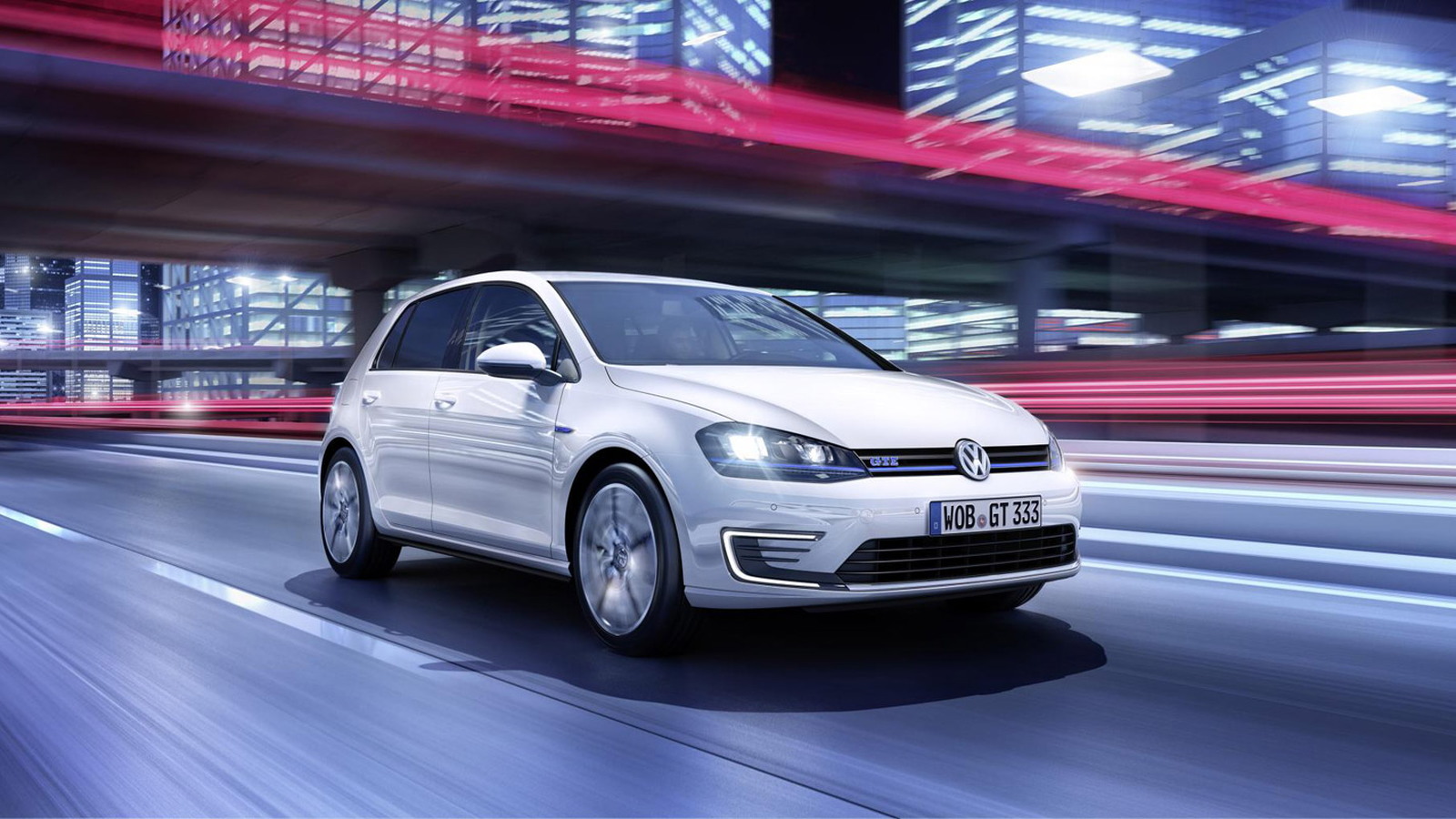 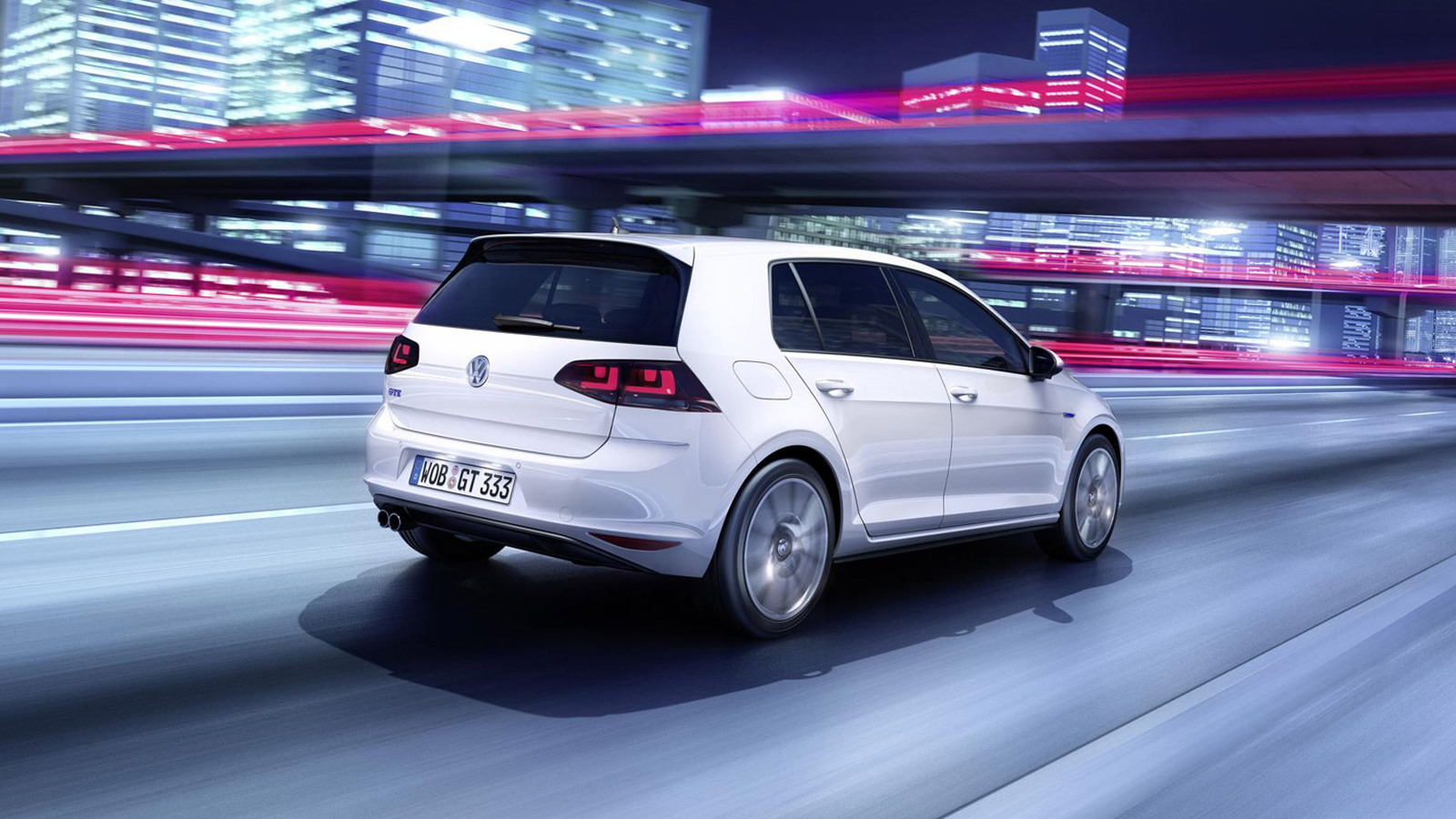 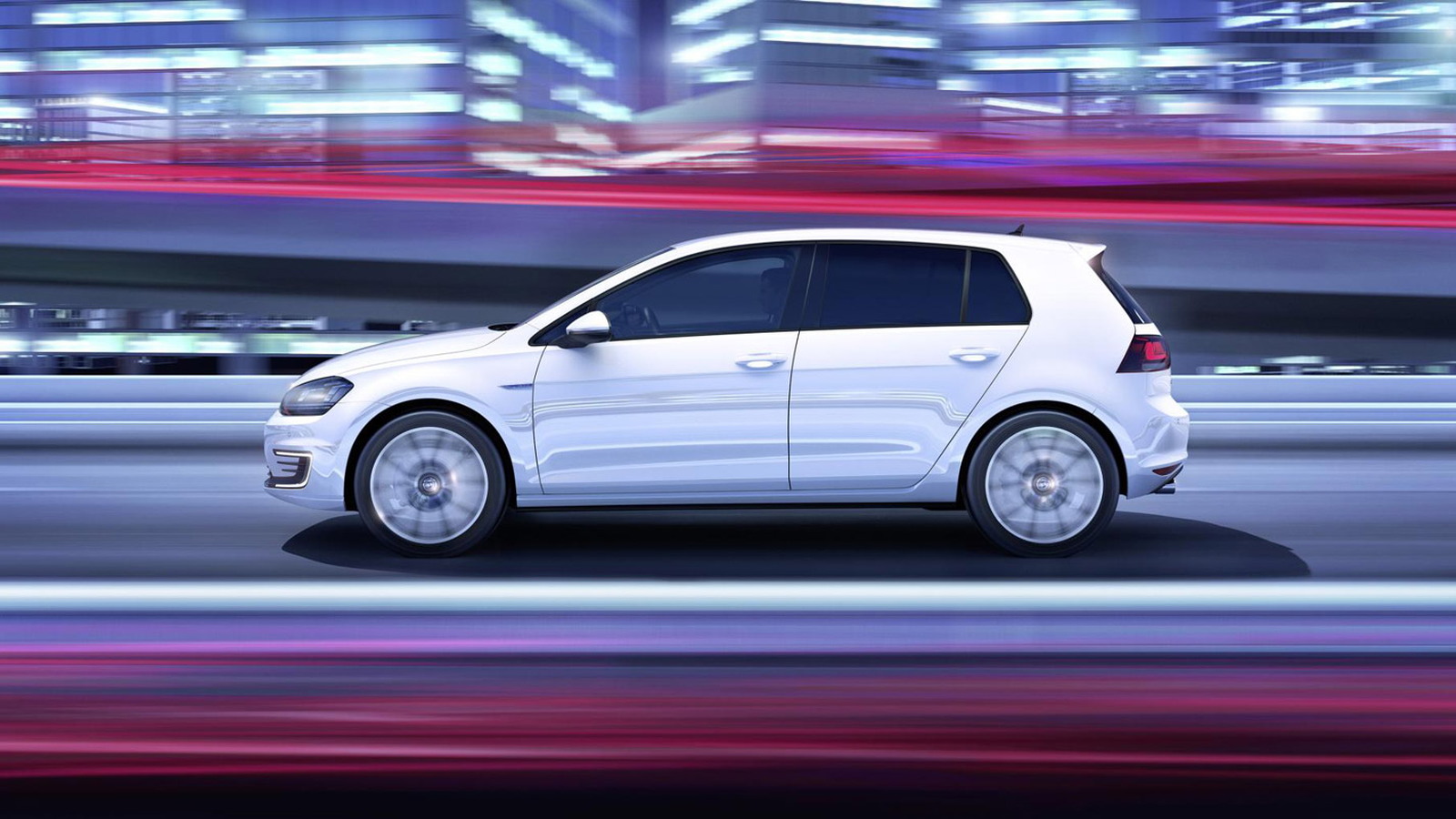 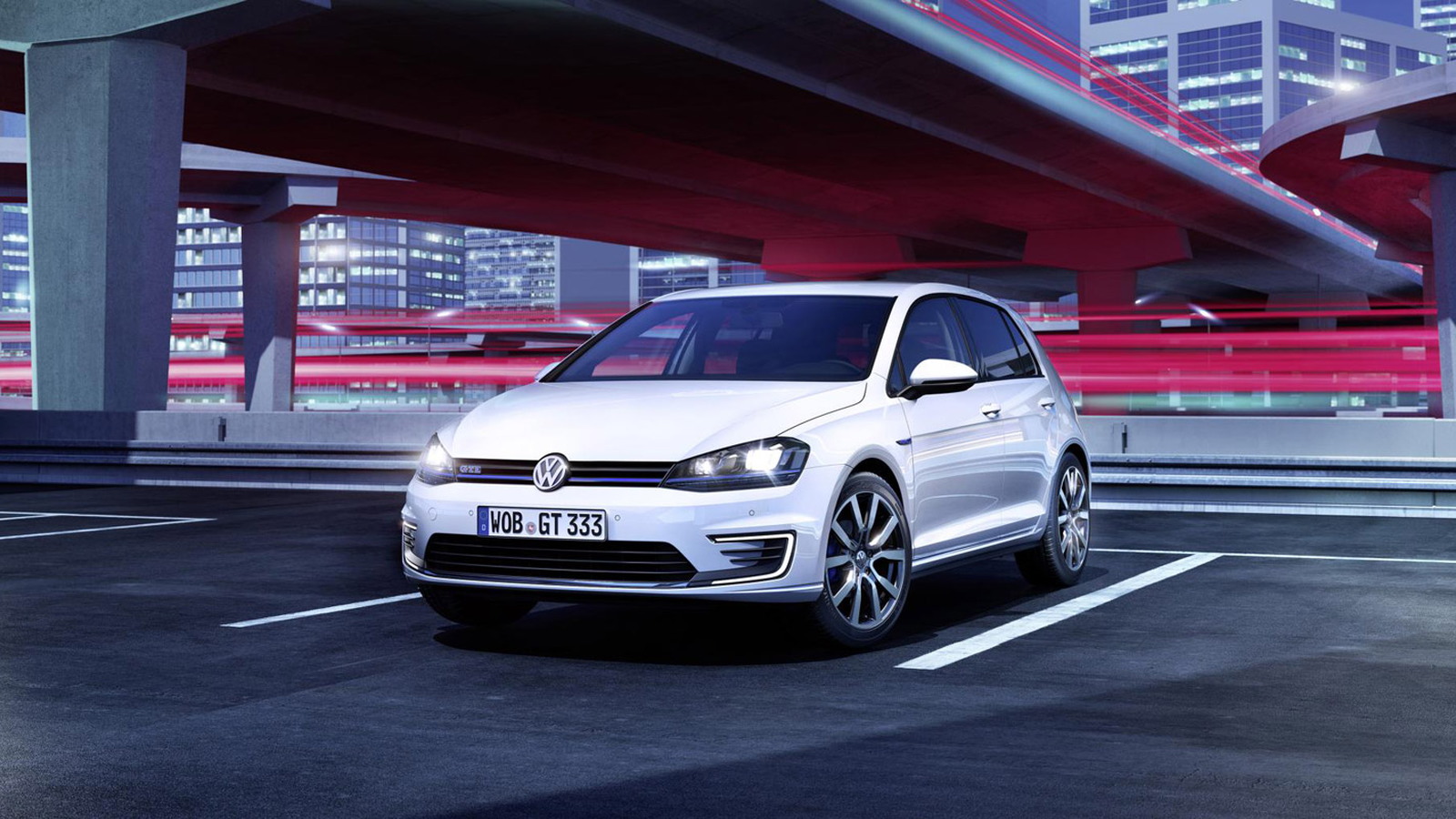 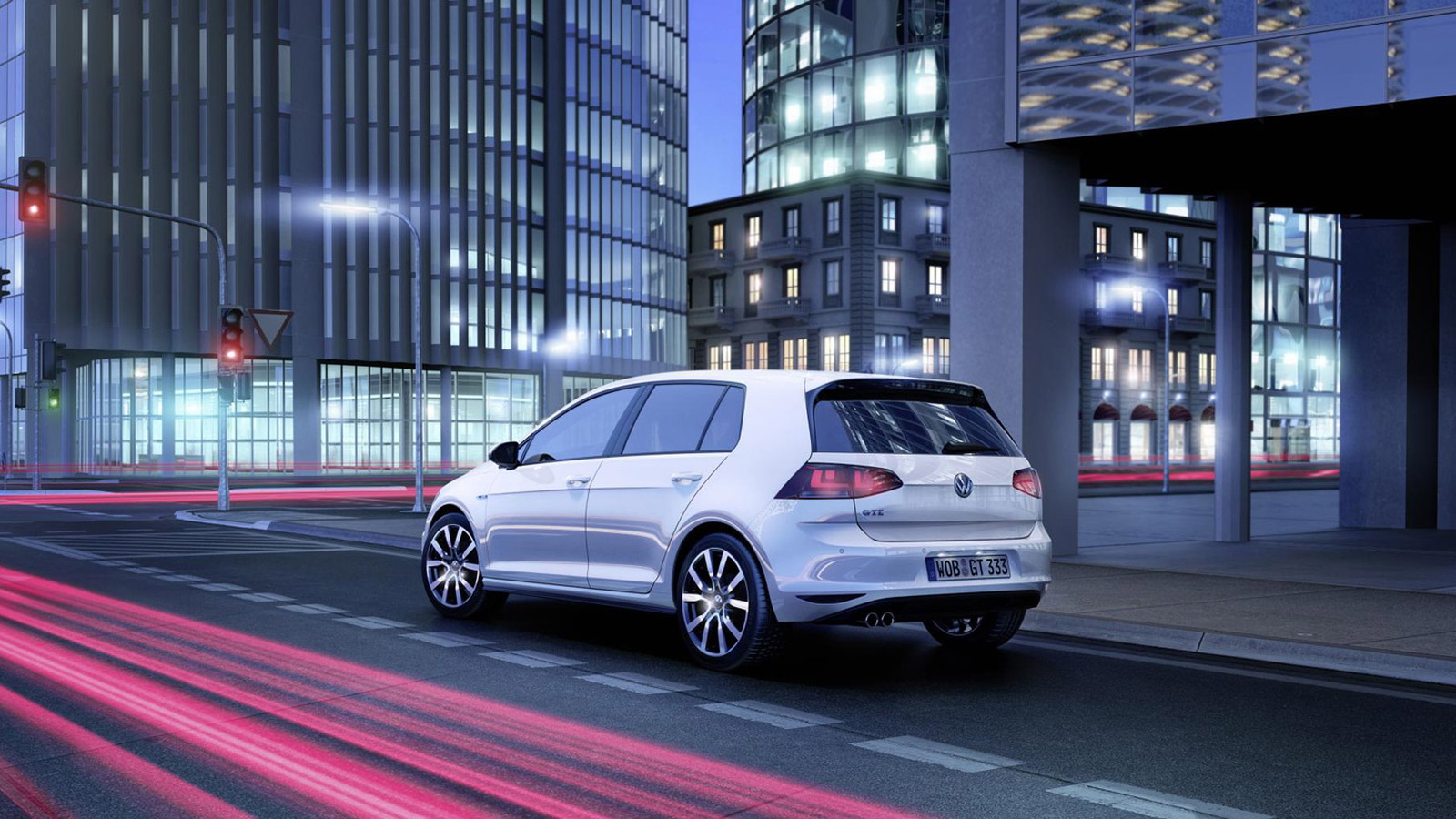 10
photos
First, there was the Golf GTI. Then, the diesel-powered Golf GTD. And when Volkswagen's plug-in hybrid Golf makes its debut next month at the 2014 Geneva Motor Show, it will carry the GTE badge, for GT Electric--marking the plug-in hybrid Golf out as something more than a mere eco-friendly version.

This isn’t the battery-powered e-Golf that will be arriving in local showrooms this spring, but a new sports Golf combining a small internal combustion engine with an electric motor. Unfortunately, this particular Golf variant won’t be making the trip across the Atlantic.

That’s a shame because VW says the car will accelerate to 62 mph from rest in about 7.6 seconds, reach a top speed of 135 mph, and return in excess of 150 mpg in combined fuel economy using a mix of electric and gasoline power. As with all plug-in hybrids, this figure is nearly infinitely variable depending on how much you use the 31 miles of claimed all-electric range.

Those figures line up with estimates for Audi’s upcoming A3 Sportback e-tron plug-in hybrid, which shouldn’t come as a surprise as the two cars feature the exact same powertrain. That powertrain consists of a turbocharged 1.4-liter four-cylinder engine paired with an electric motor. These combine to provide total system output of 201 horsepower and 258 pound-feet of torque.

Power is channeled to the front wheels alone through an adapted six-speed DSG dual-clutch transmission. Meanwhile, an electro-mechanical brake servo and an electric air-conditioning compressor help to optimize efficiency, and the battery used is an 8.8-kWh lithium-ion unit that weighs about 265 pounds.

Apart from its advanced powertrain and GTE badging, there isn’t much to distinguish the Golf GTE from its GTI and GTD counterparts. There are some little details, however, such as the unique daytime running lights, blue accents and special aerodynamically-enhanced wheels.

The interior also features familiar styling, but the standard touchscreen display comes with a few options unique to the Golf GTE. These include various green car metrics such as a driving range monitor, an energy flow display, zero emission statistics and e-manager that allows you to program departure and charging times. Just like the Bugatti Veyron, the car also gets a power meter that supplements the tachometer. In the Golf GTE it displays how much system power is currently being used or the intensity of charging from the brake energy recovery system.

Stay tuned for the Golf GTE's debut at the 2014 Geneva Motor Show on March 4, and for more from the show be sure to visit our dedicated hub.