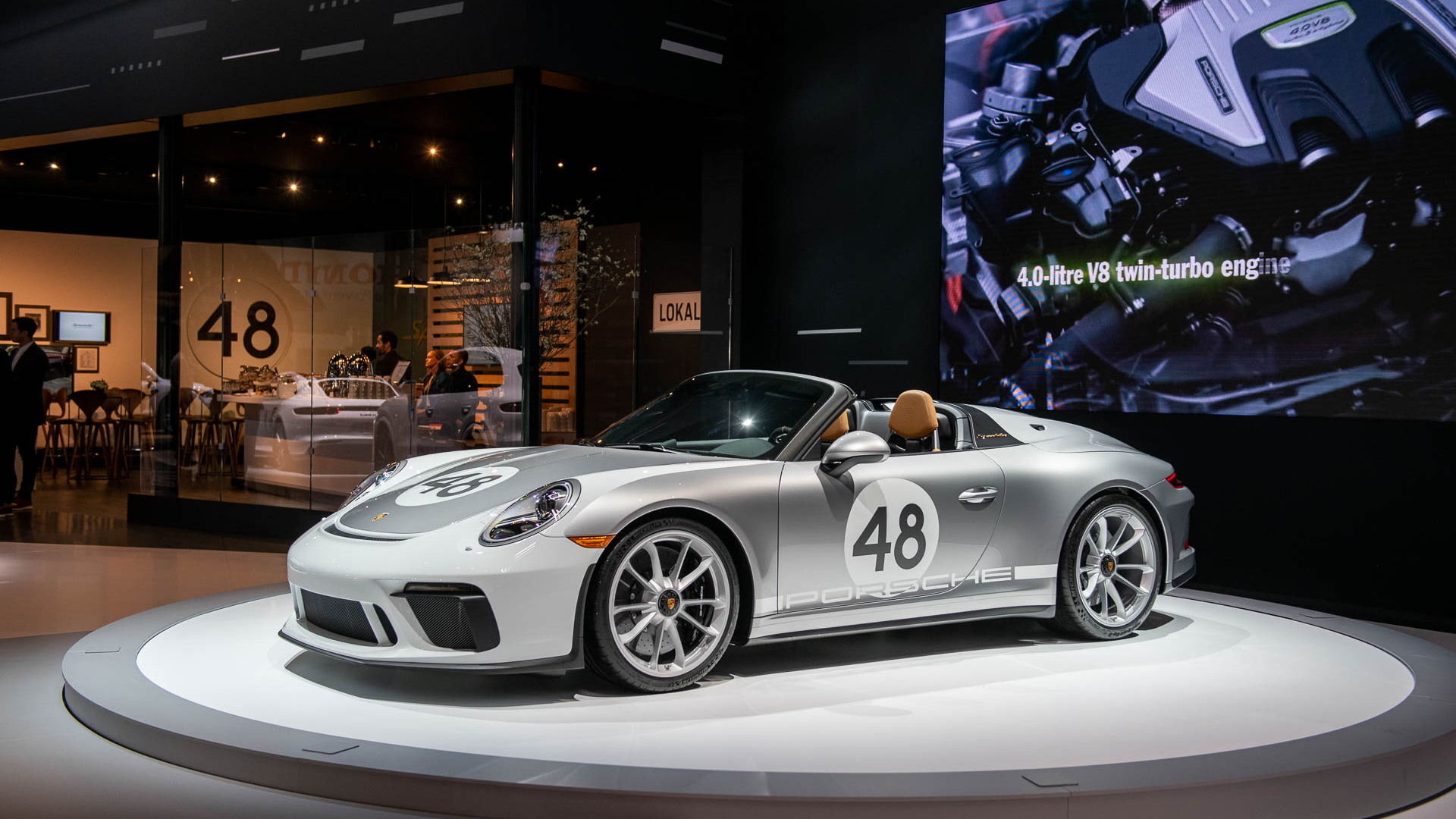 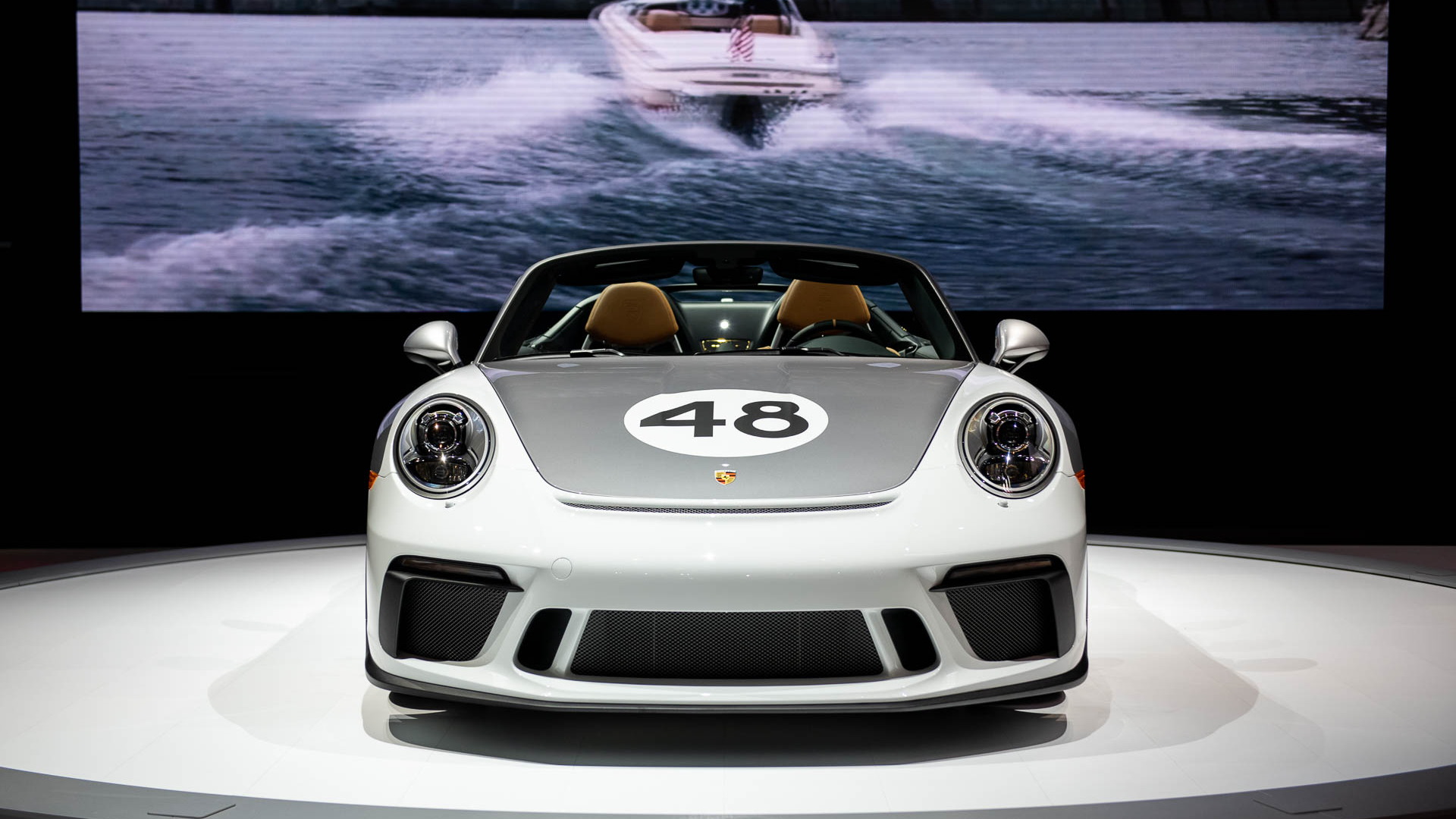 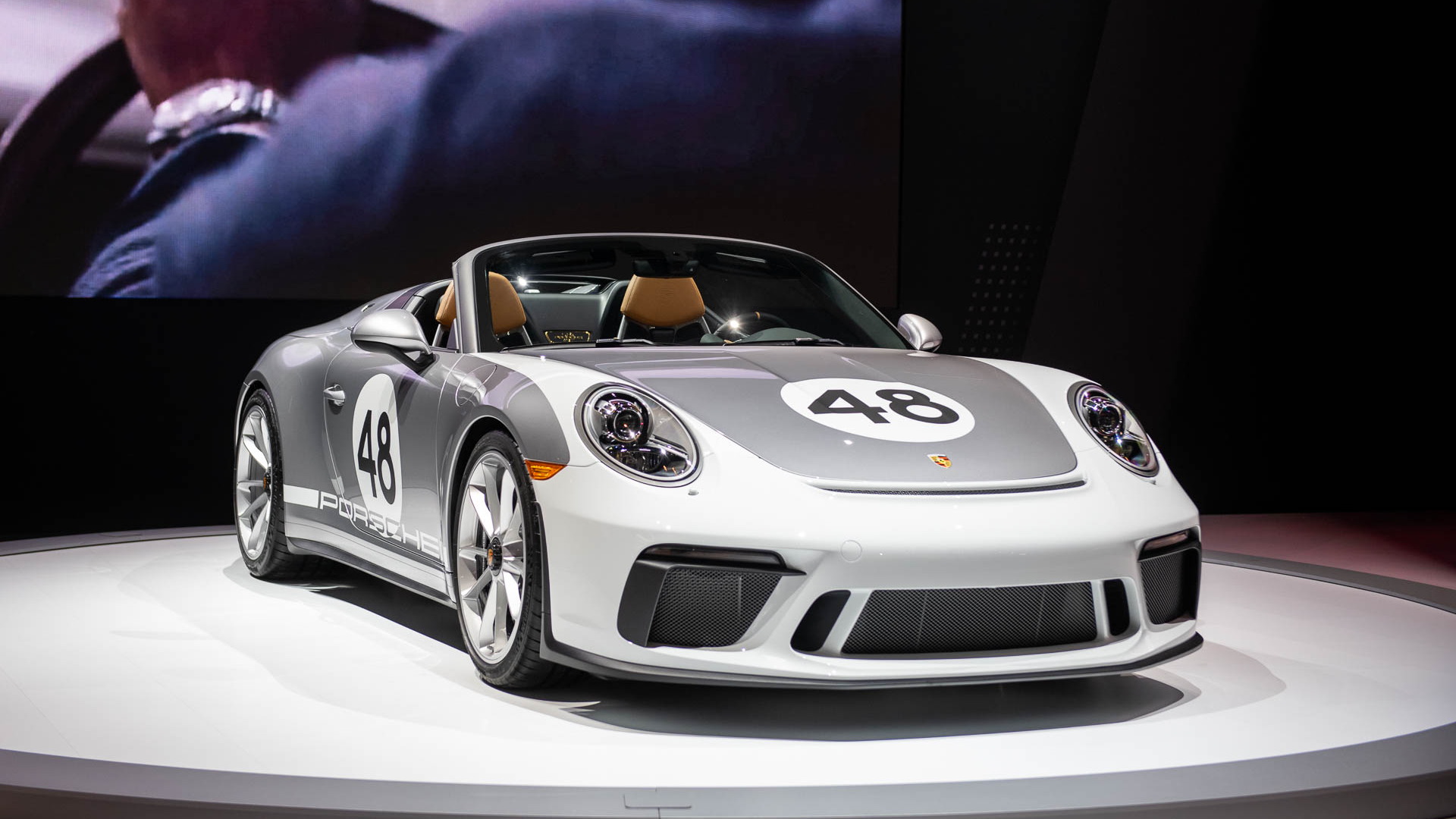 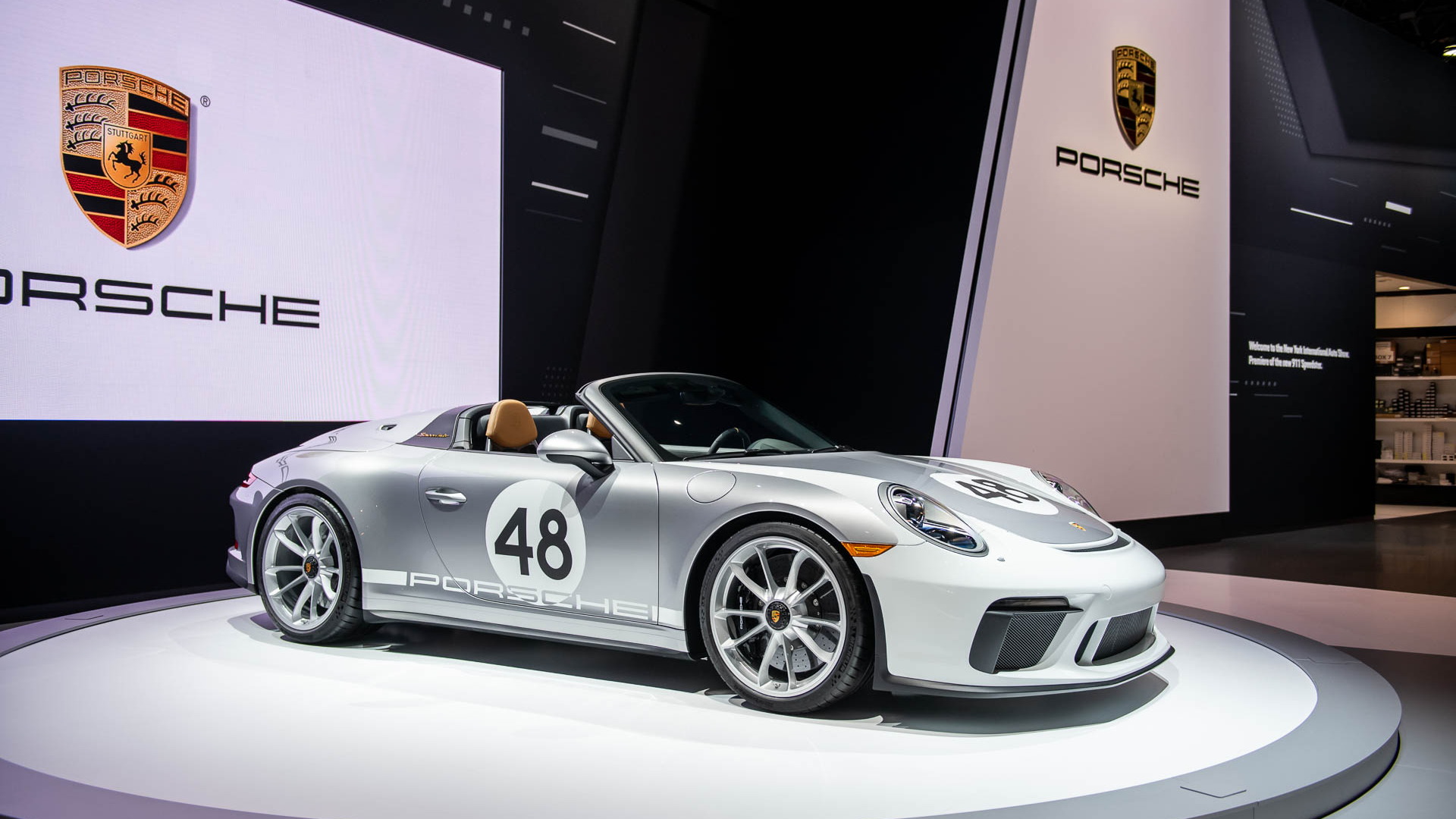 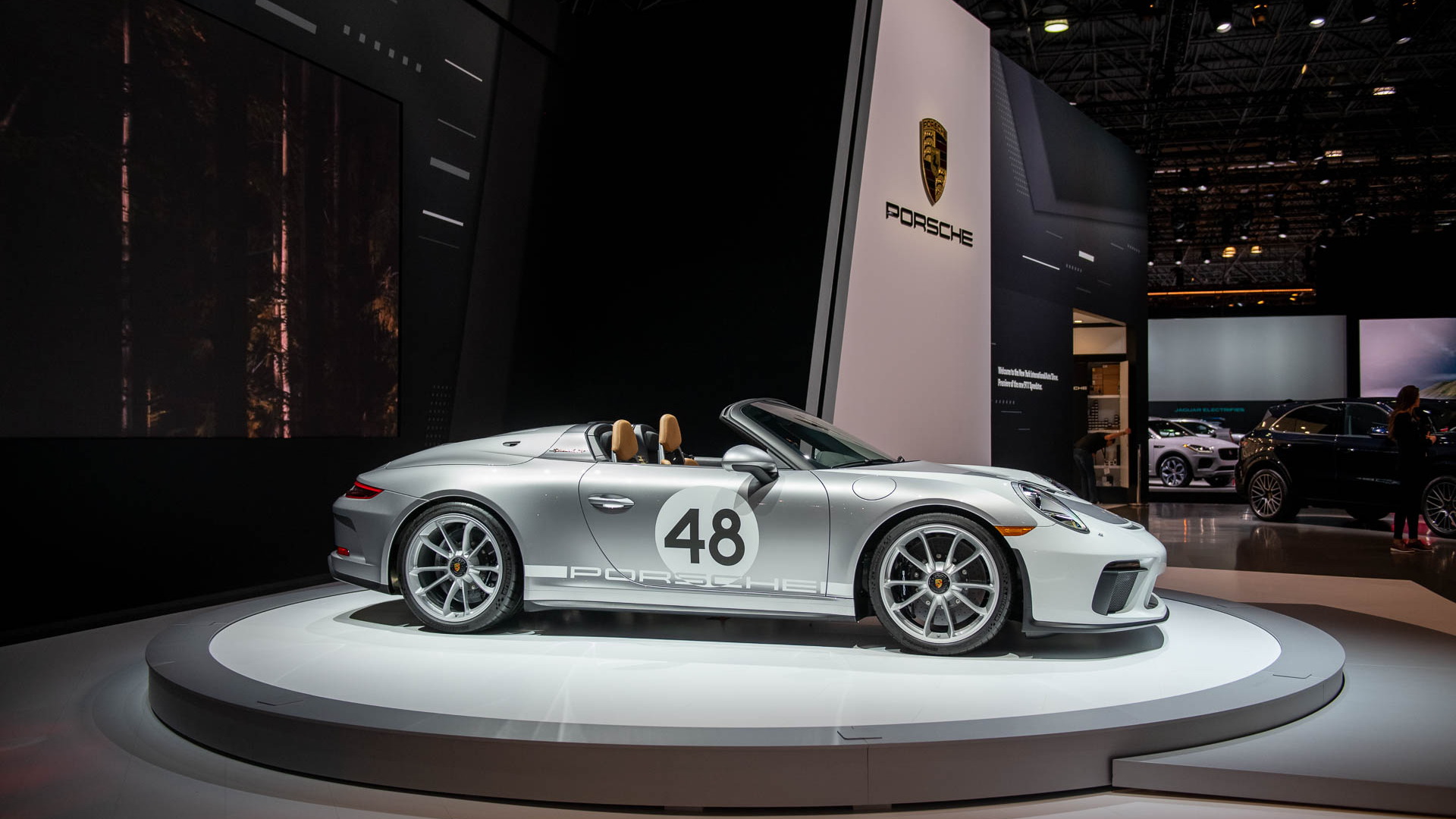 Porsche rolled out a new Speedster at April's 2019 New York International Auto Show and is currently accepting orders on the car, which is priced from $275,750‬.

Buyers with extra cash to splurge can opt for a heritage package that adds a retro livery and other design cues inspired by the original 356 Speedster of the 1950s. The package is available via the Porsche Exclusive Manufaktur personalization department and adds a further $24,510 to the price.

Over a quarter of a million dollars is a steep price to pay for a modern 911, but Porsche Speedsters tend to be very special cars, the 2019 model included. Porsche will build just 1,948 examples for worldwide sale, a nod to the year the first Porsche sports car was registered, and there's a good chance all build slots will have been allocated by the time you read this.

The car is based on the outgoing 991 generation of the Porsche 911, specifically the car's GT3 Touring specification. This means it comes with a 4.0-liter flat-6 sending 502 horsepower to the rear wheels via a conventional 6-speed manual transmission.

However, the engine represents the next-generation design for the naturally aspirated flat-6, the one expected to be fitted in the redesigned GT3 for the 992 911 family. The engine features new individual throttle bodies to sharpen throttle response, fuel injectors with higher pressure, and a lighter exhaust system that saves about 22 pounds compared to the exhaust used on the outgoing GT3.

Deliveries of the 2019 Porsche 911 Speedster in the United States will commence in late 2019.