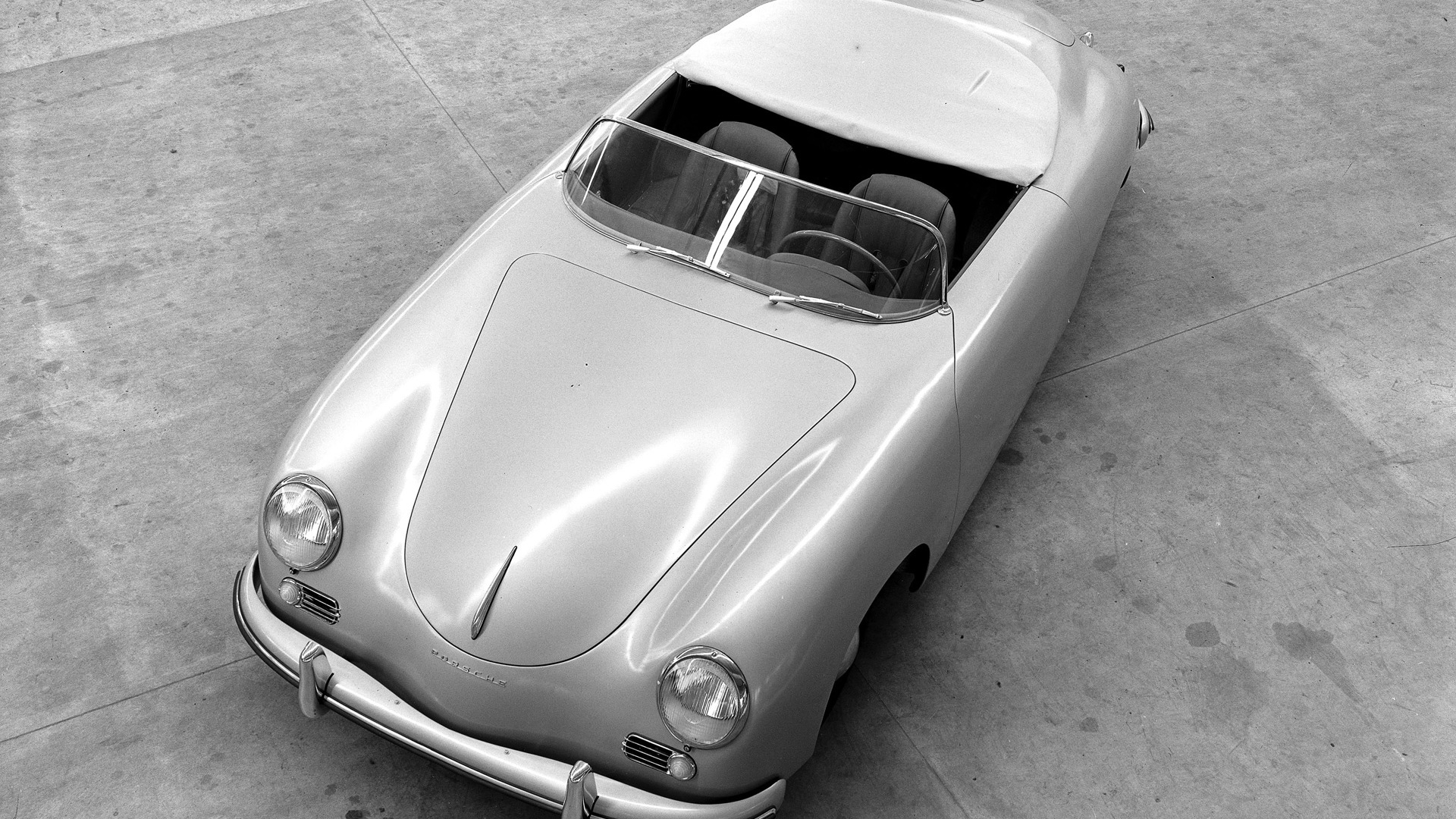 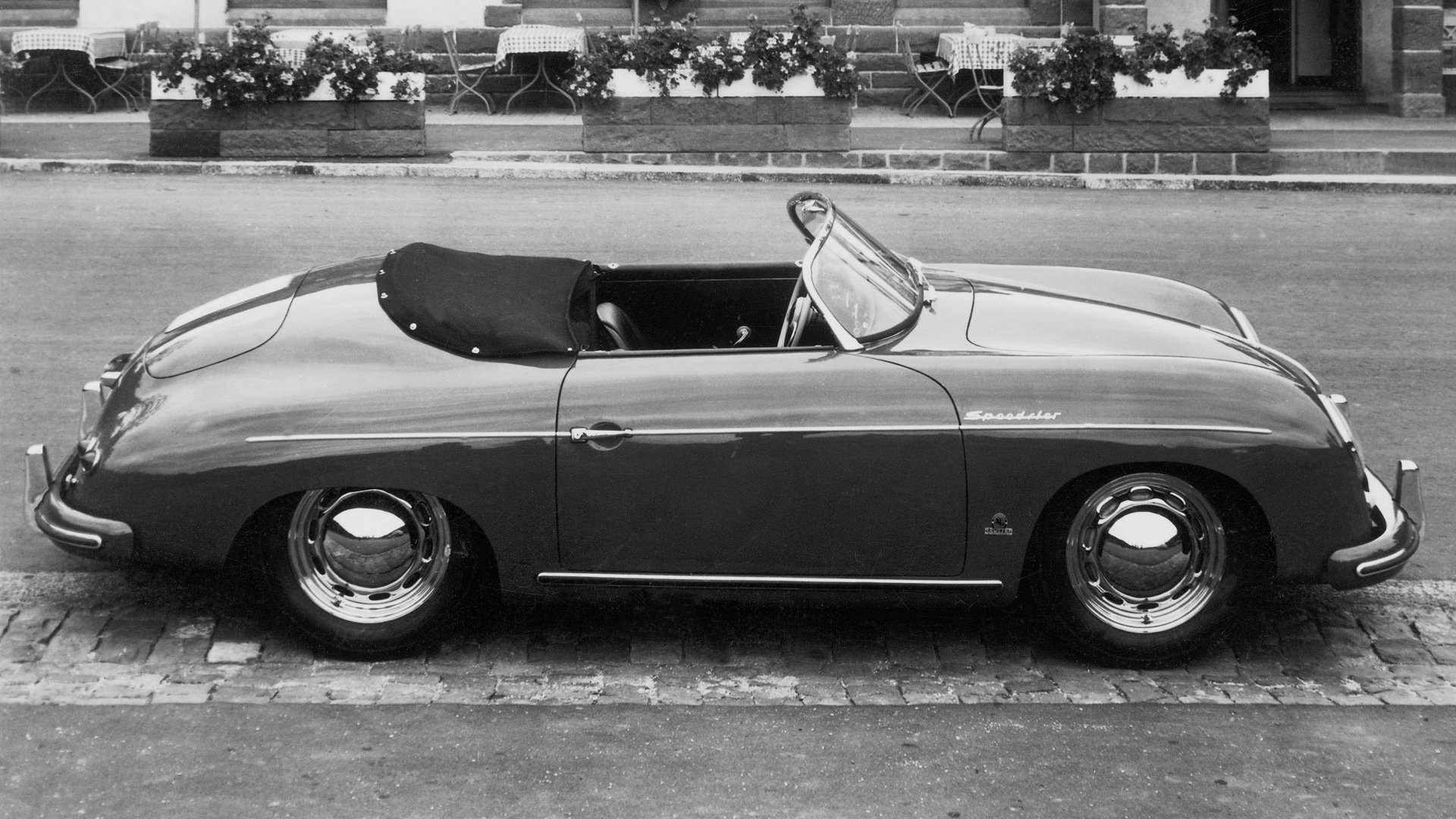 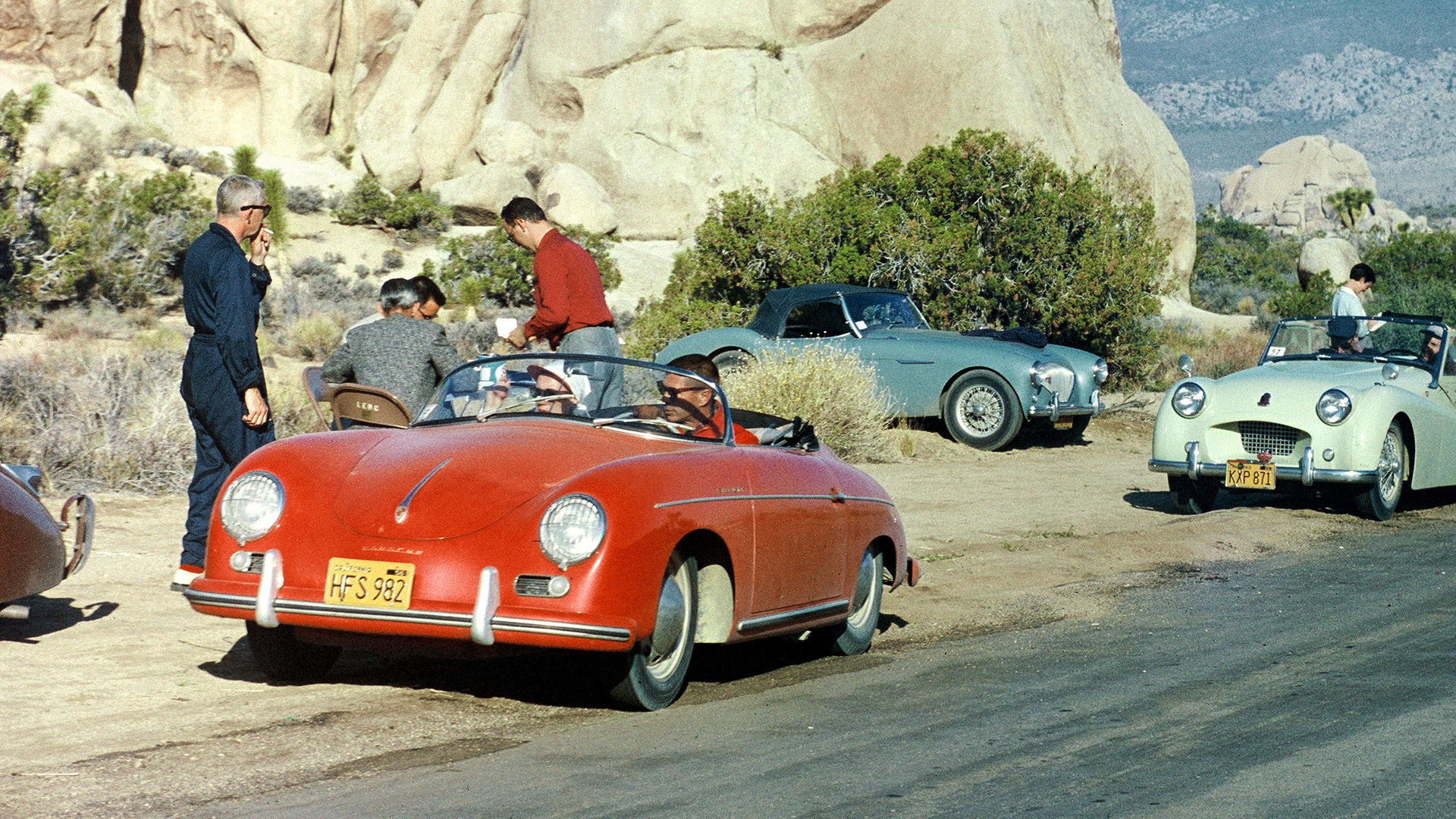 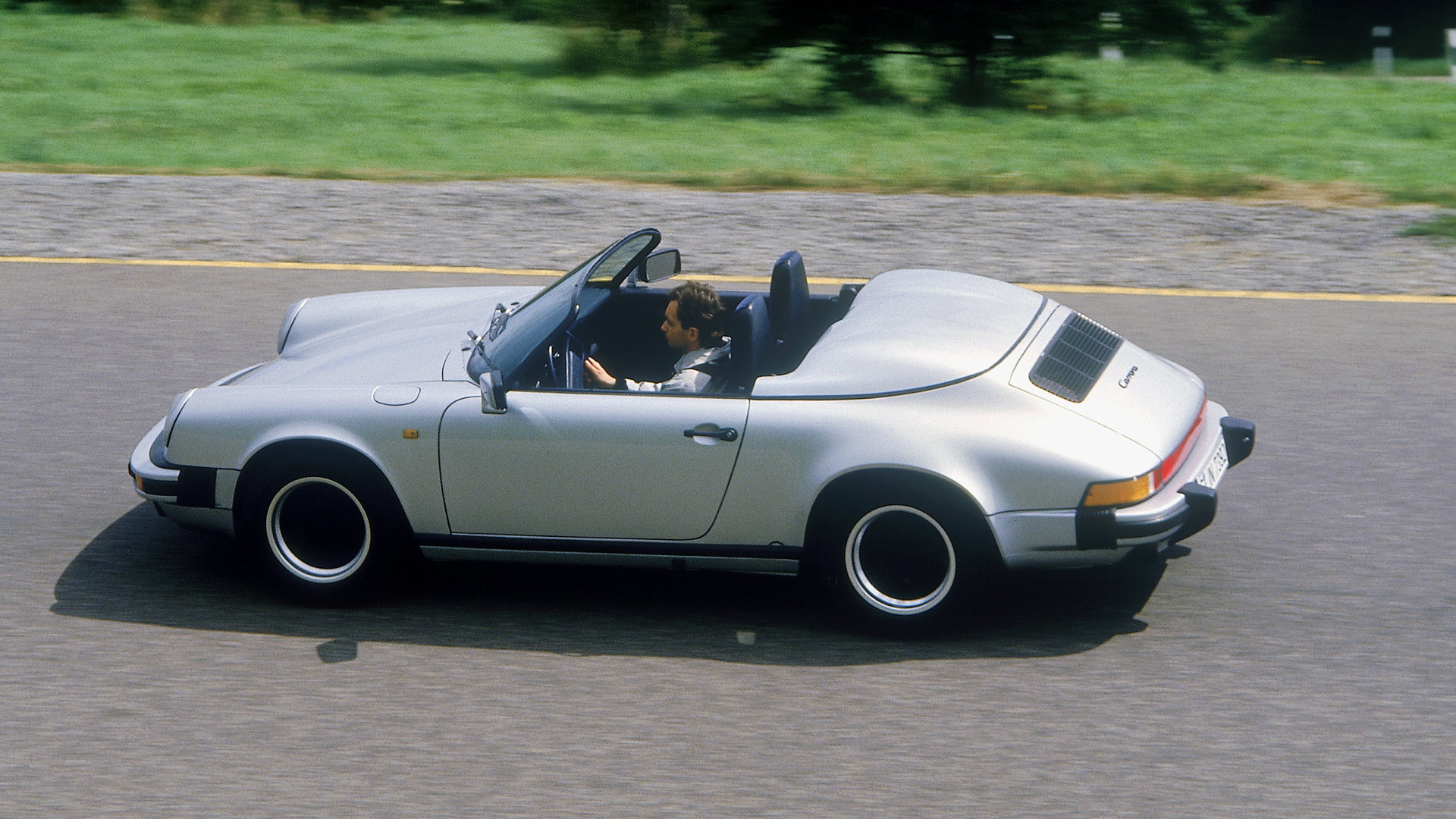 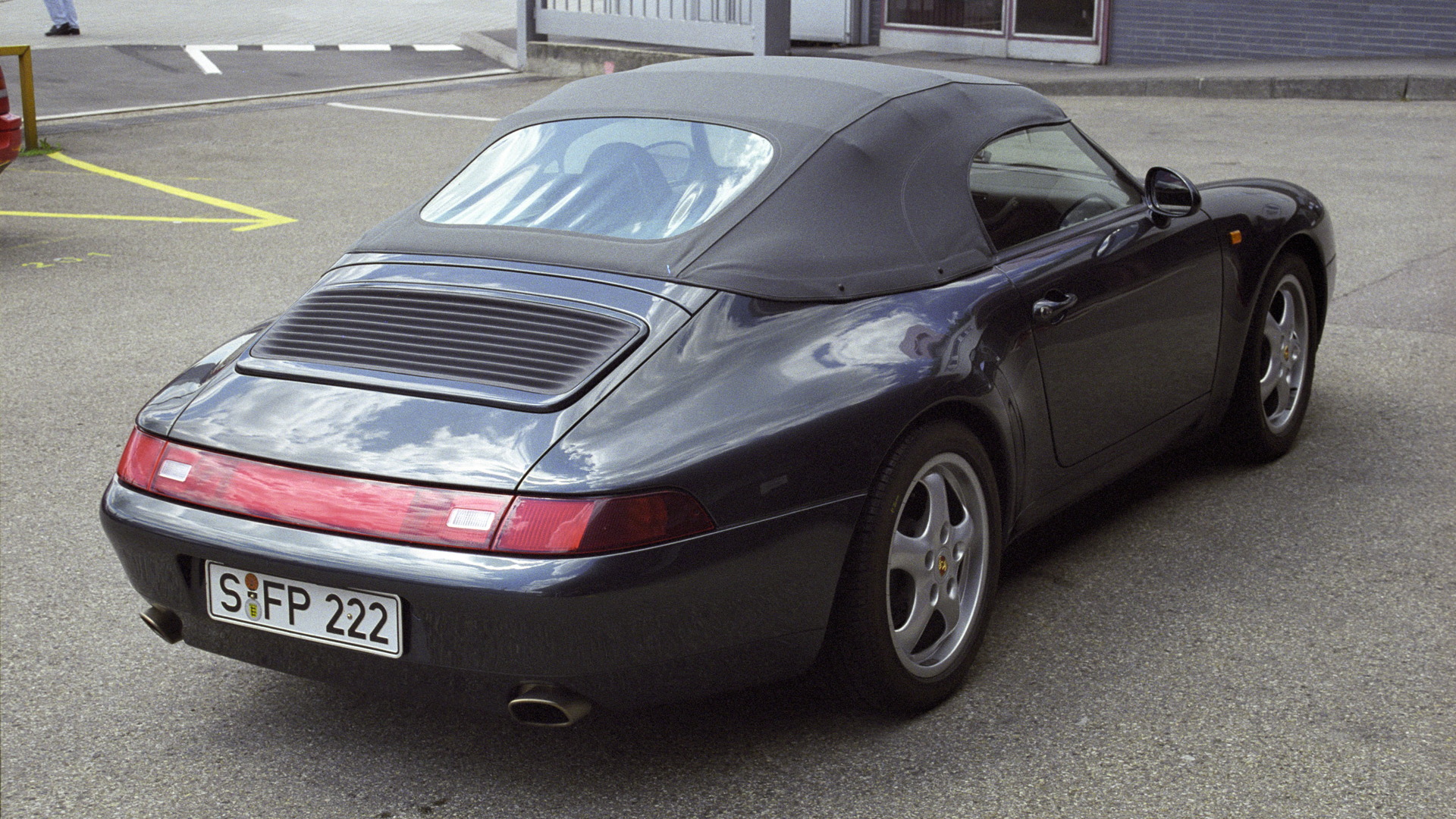 Porsche has just started production of a modern Speedster based on its 991-generation 911. Unveiled in April at the 2019 New York International Auto Show, the car continues a legacy of Porsche Speedsters that dates back all the way to 1952.

It all started with the 356 America Roadster, of which just 16 examples were built and all but one was sold in the United States. By removing the roof, Porsche was able to shed 352 pounds from the curb weight of the 356 and in the process started the tradition of lightweight and dynamic open-top cars at the brand.

The cars proved popular, so much so that famed European vehicle importer Max Hoffmann in 1954 convinced Porsche that the U.S. market was a viable one for the firm, which was only six years old at the time. Hoffmann requested a stripped-out car costing less than $3,000 and Porsche responded in the fall of that year with the first 356 Speedster.

The car was a significantly less expensive version of the 356 America Roadster and distinguished by its raked windscreen, which was removable, plus a stripped interior and simple rain top. Costing $2,995, the car was a hit, attracting buyers seeking pure driving pleasure. Among them was Hollywood icon James Dean, who of course would die the following year in a Porsche 550 Spyder while en route to a race in Salinas, California.

Further, more powerful versions of the 356 Speedster followed, culminating in 1957 with the 356 A 1500 GS Carrera GT Speedster, whose 110-horsepower, 1.5-liter engine made it the first Porsche to crack 124 mph.

Unfortunately, Porsche put the Speedster tradition on hold with the arrival of the 911 in 1963. It wouldn't be until 1988 that it was picked up again with the start of production of the 911 Carrera 3.2 Speedster to mark the end of the G series of 911s.

Note, for the 993-generation 911, Porsche built just two Speedsters. Known as the 1995 Porsche 911 Carrera 3.6 Speedster, there was a green example for Ferdinand Alexander “Butzi” Porsche, the designer of the 911, and another silver example for comedian and avid Porsche fan Jerry Seinfeld. There have been a number of unofficial versions, too.