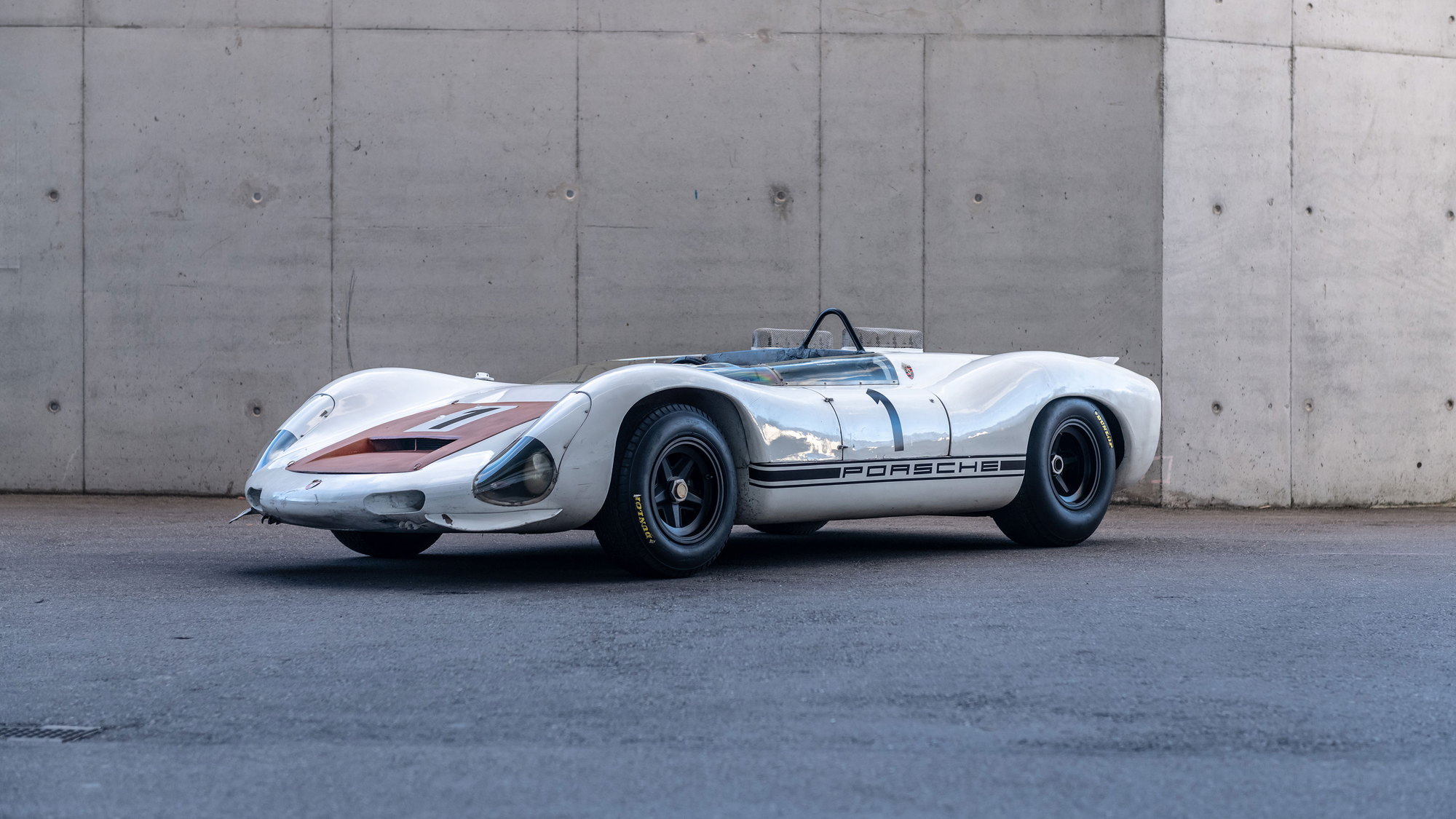 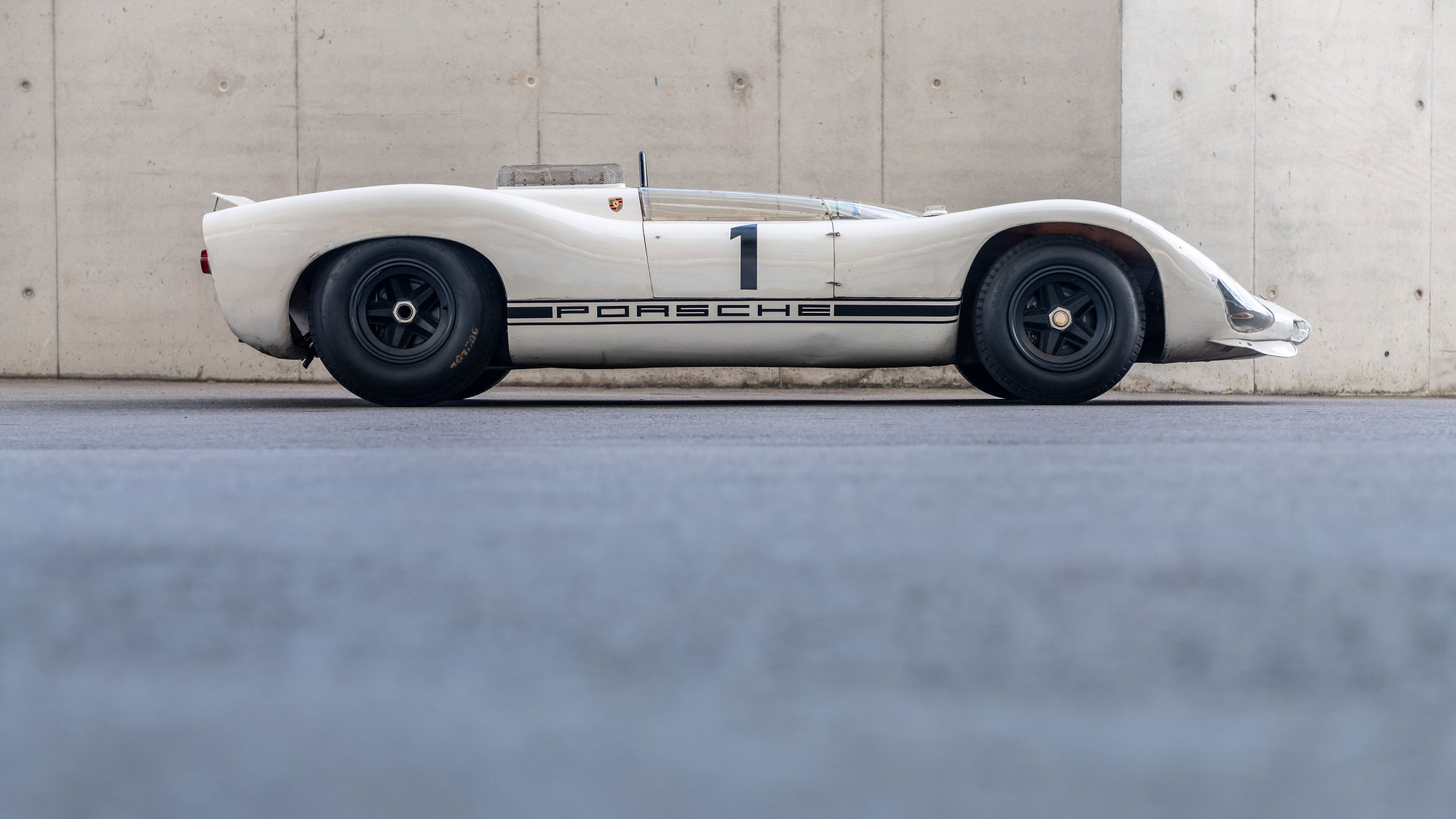 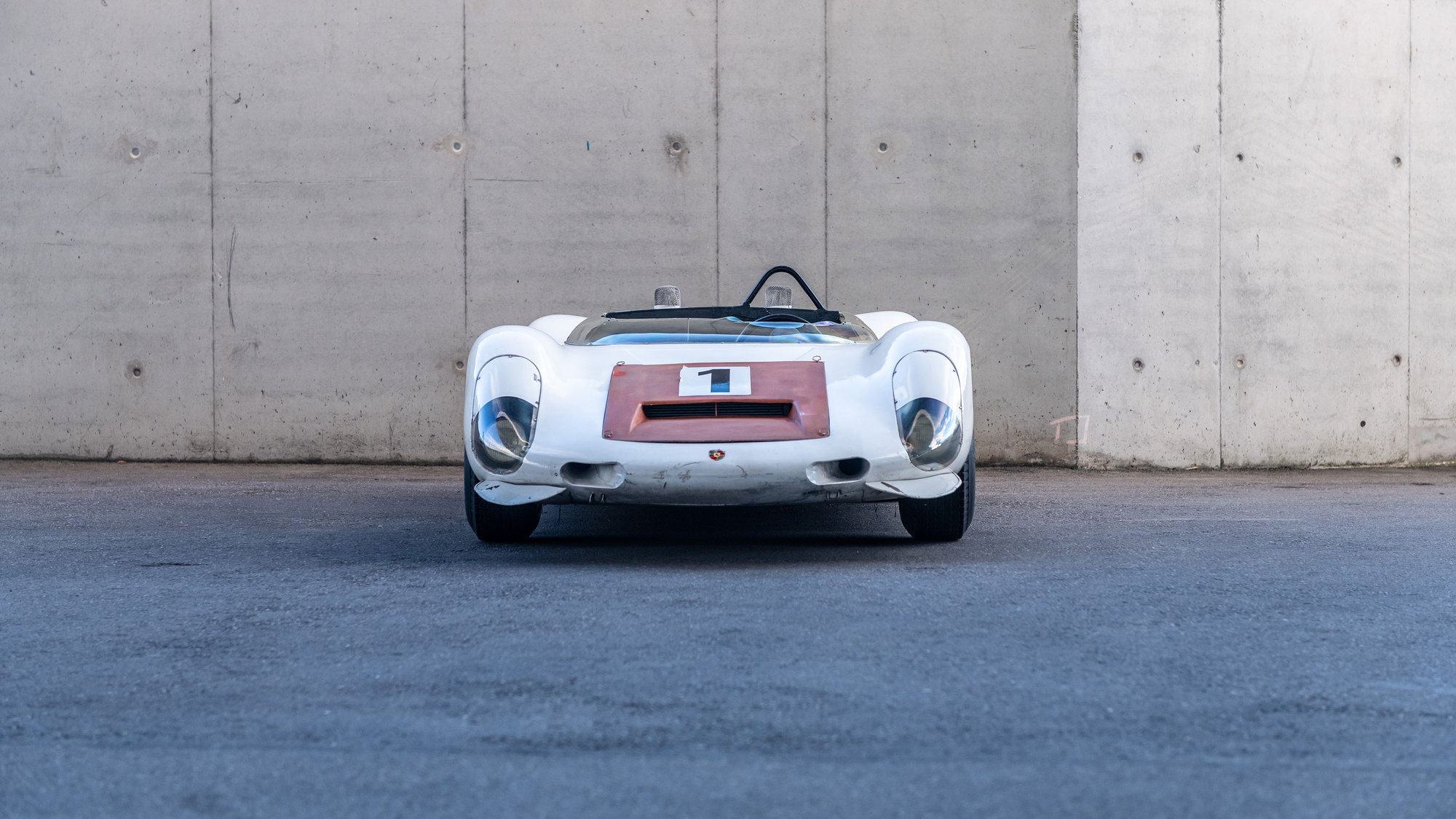 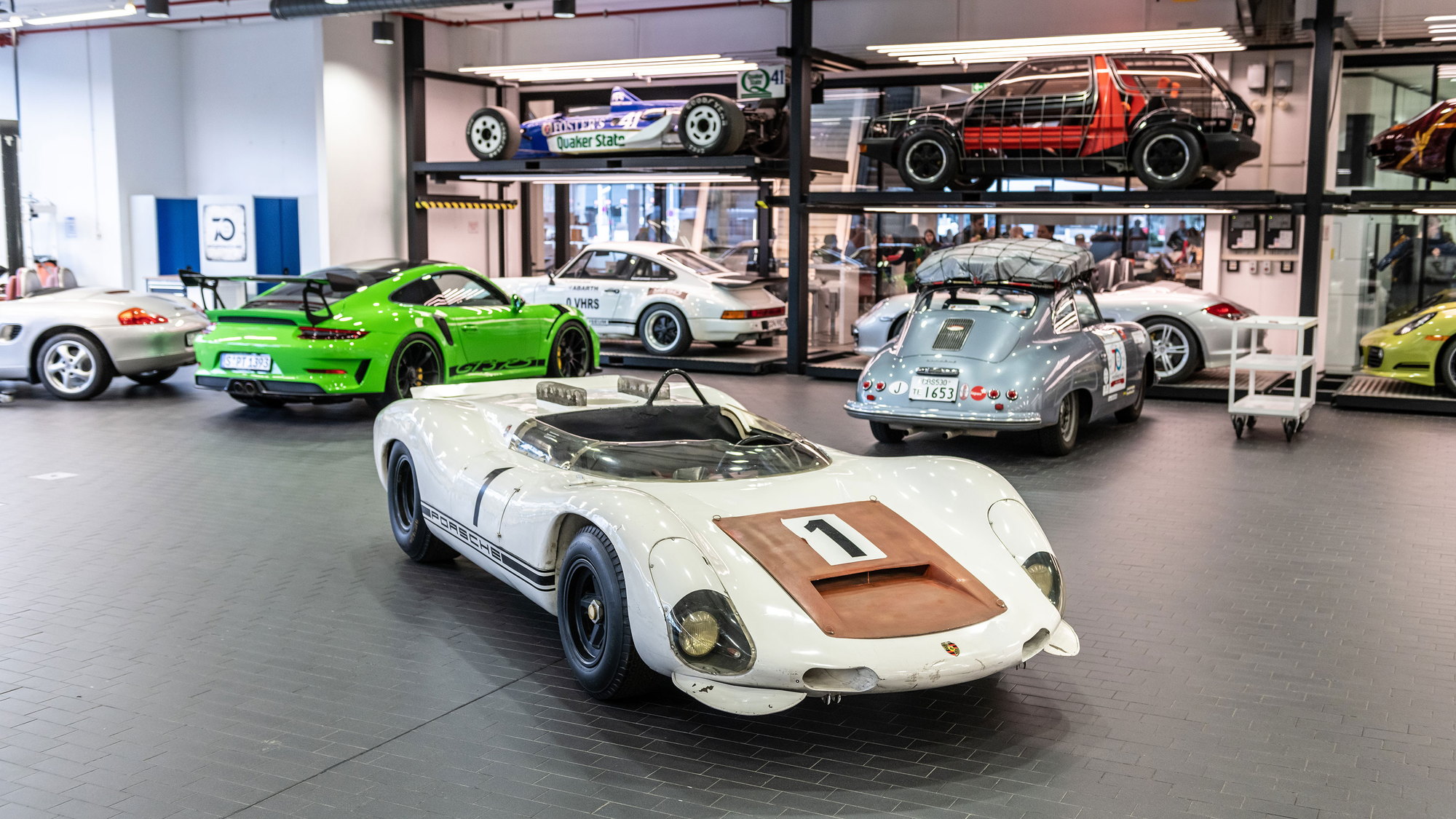 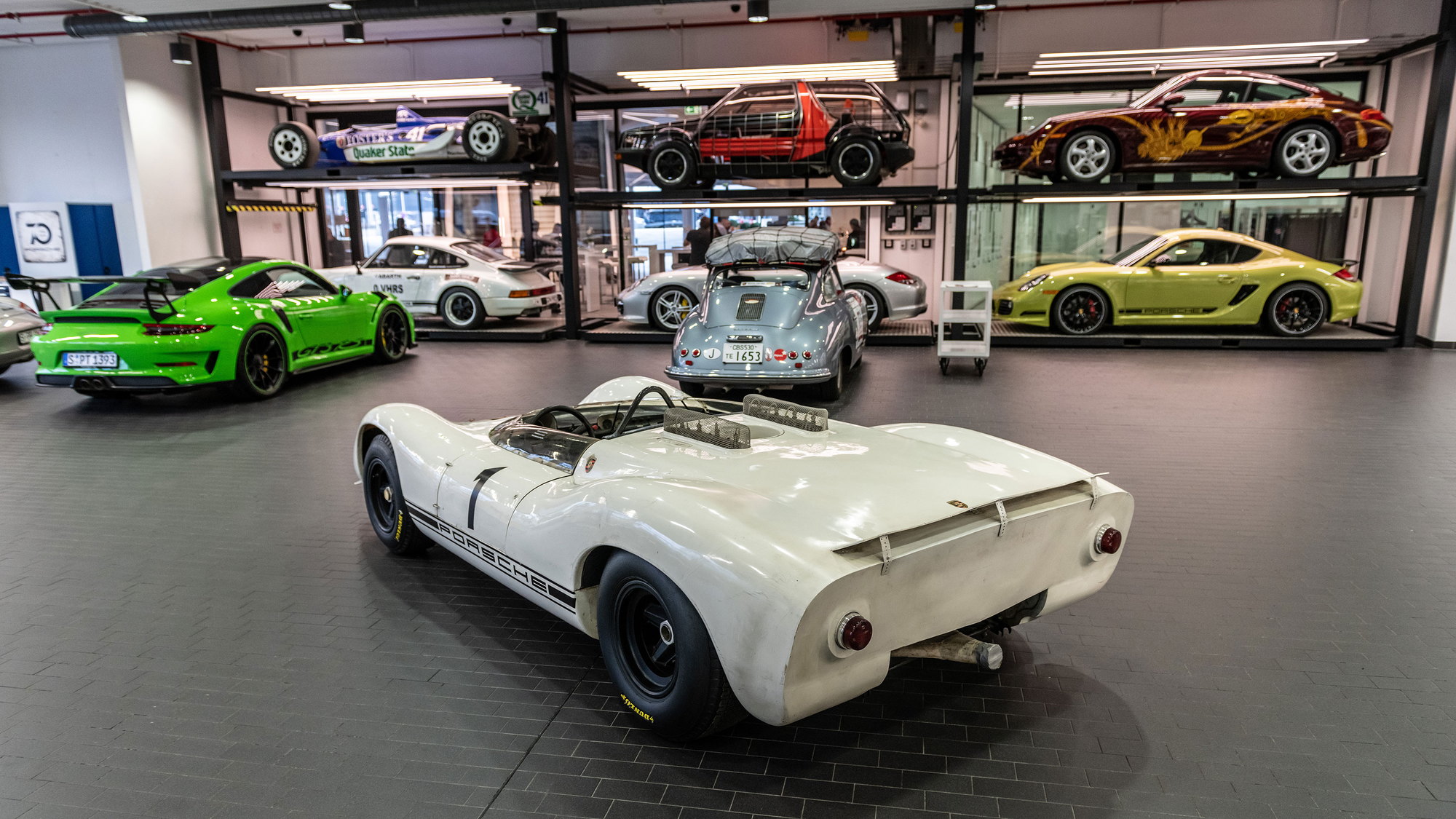 This example is a 1967 910/8 Bergspyder. After its last race the same year, the race car was loaded onto a carrier, archived, and settled away within Porsche. Since then, it's never been started, and only moved a handful of times for relocation. Like any other piece of art, Porsche believes some cars deserve preservation. The intention is never to start the 910/8 Bergspyder ever again—let alone drive it. 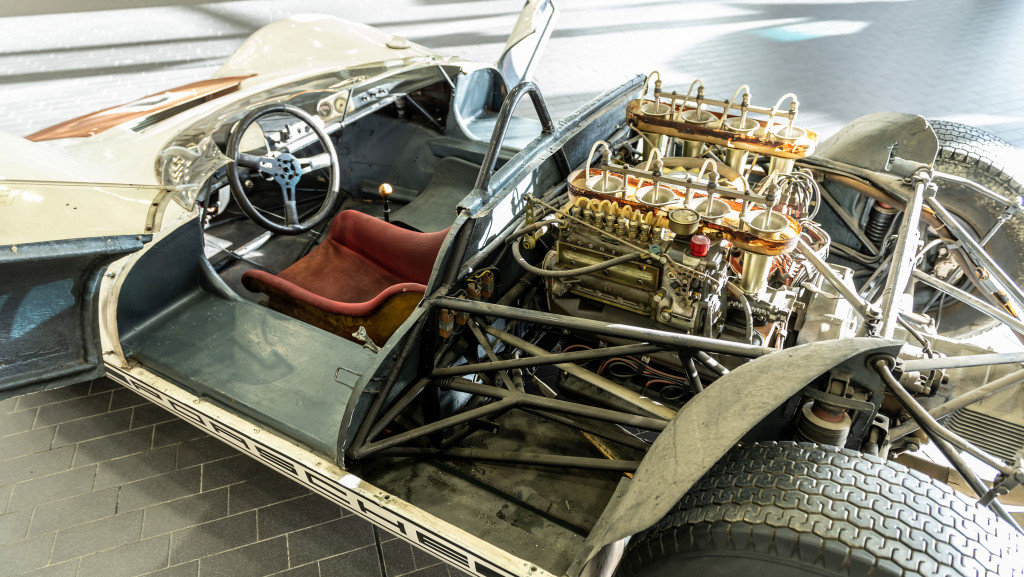 Specialists do nothing to alter its condition and only work to fix minor things, such as paint peeling or the Porsche badge peeling off the front body work. The engine is cleaned inch by inch and maintained with gun wax to preserve it.

“Attitudes towards classic cars and what to do with them have changed markedly in the past 10 years,” Achim Stejskal, director of the Porsche Museum, said in a statement. “The focus is no longer just on restoring them to their original pristine condition.”

With the final decision made, Porsche decided to pull the deteriorated race car out of its vault and into the public eye. It will be on display for the first time at the Porsche Museum in Germany. Gundula Tutt is the car's caretaker and ensures the car stays in tact. After the car's final race in 1967, the oil, brake fluid, and fuel were drained ahead of its storage. Now, Tutt oversees its afterlife as an artifact. 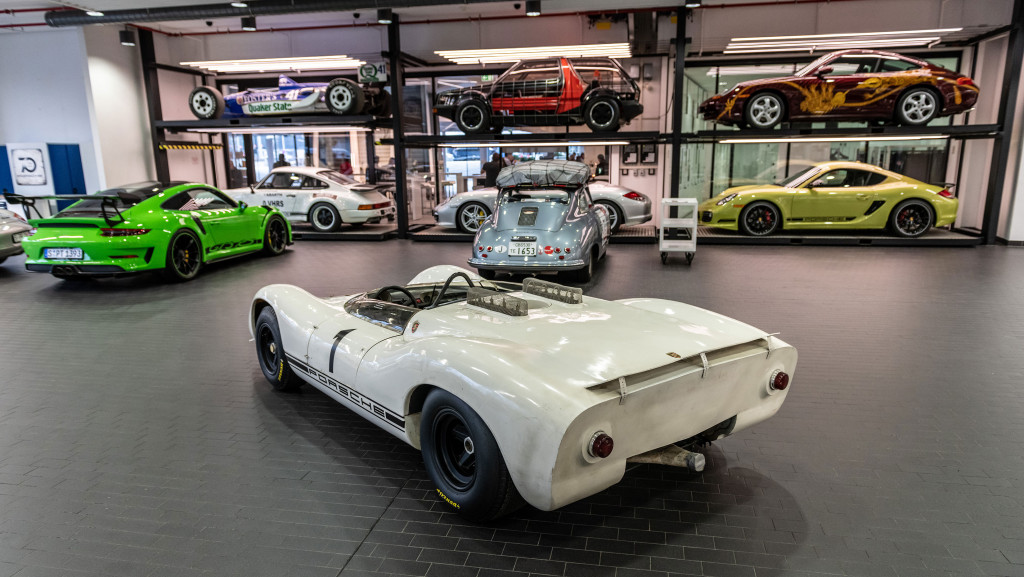 She uses her knowledge and science to understand the best way to preserve the car, which includes a week's worth of cleaning with moistened air and a soft brush. After combing through the car, a protective wax is applied to keep the car in its current state for as long as possible. Otherwise, time will take its toll.

Inside the artifact of a race car is a flat-8 engine that made 271 horsepower in its prime. Titanium, magnesium, and aluminum construction ensured the race car was nimble and light to tackle the race track; the steel spaceframe was designed to Formula One specifications at the time. When the car was finished, it weighed less than 1,000 pounds.

Tutt said it's possible some future Porsche historian or executive will order its restoration, but for now, her job is to make sure this jewel shows its age—albeit gracefully.