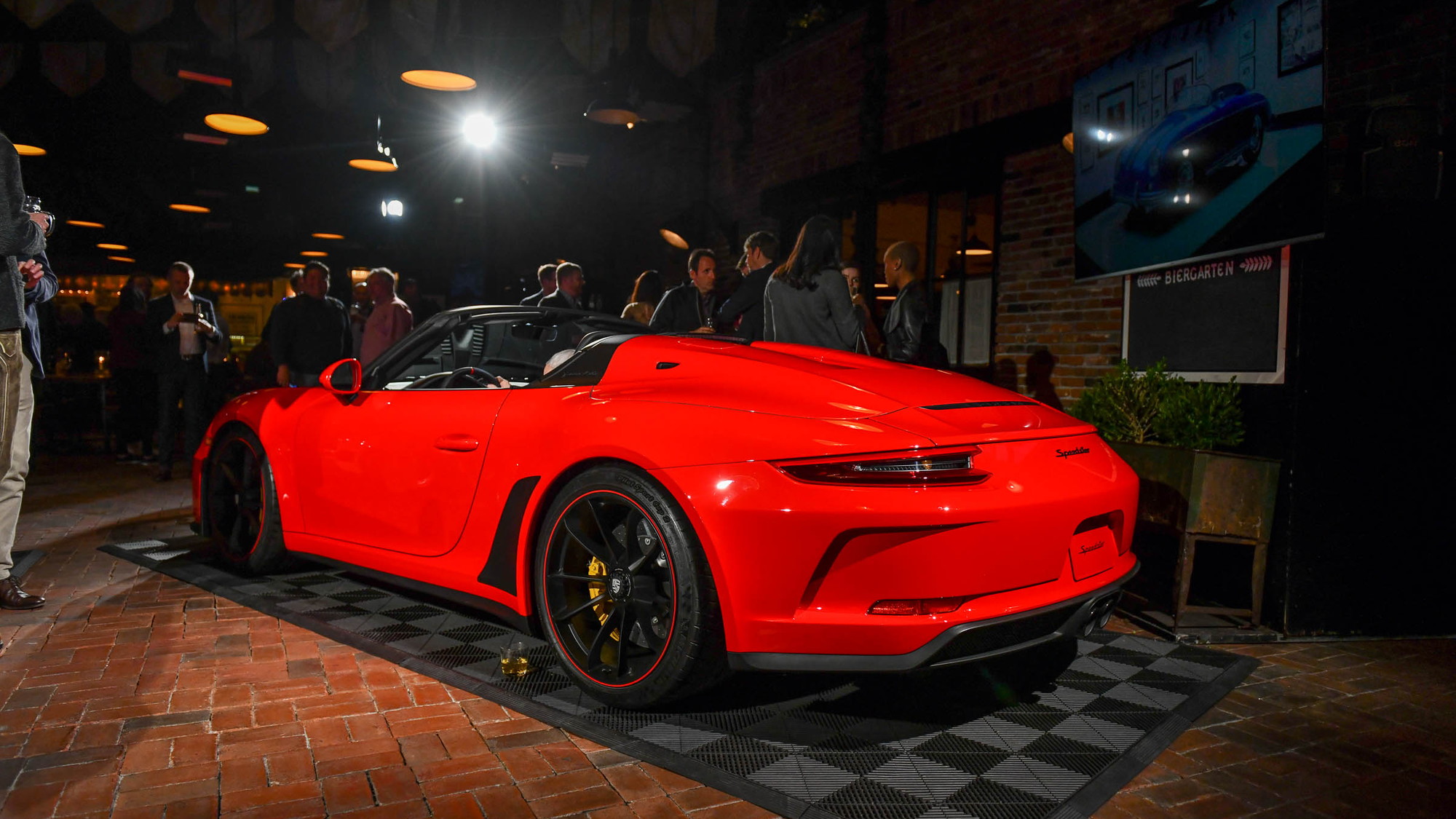 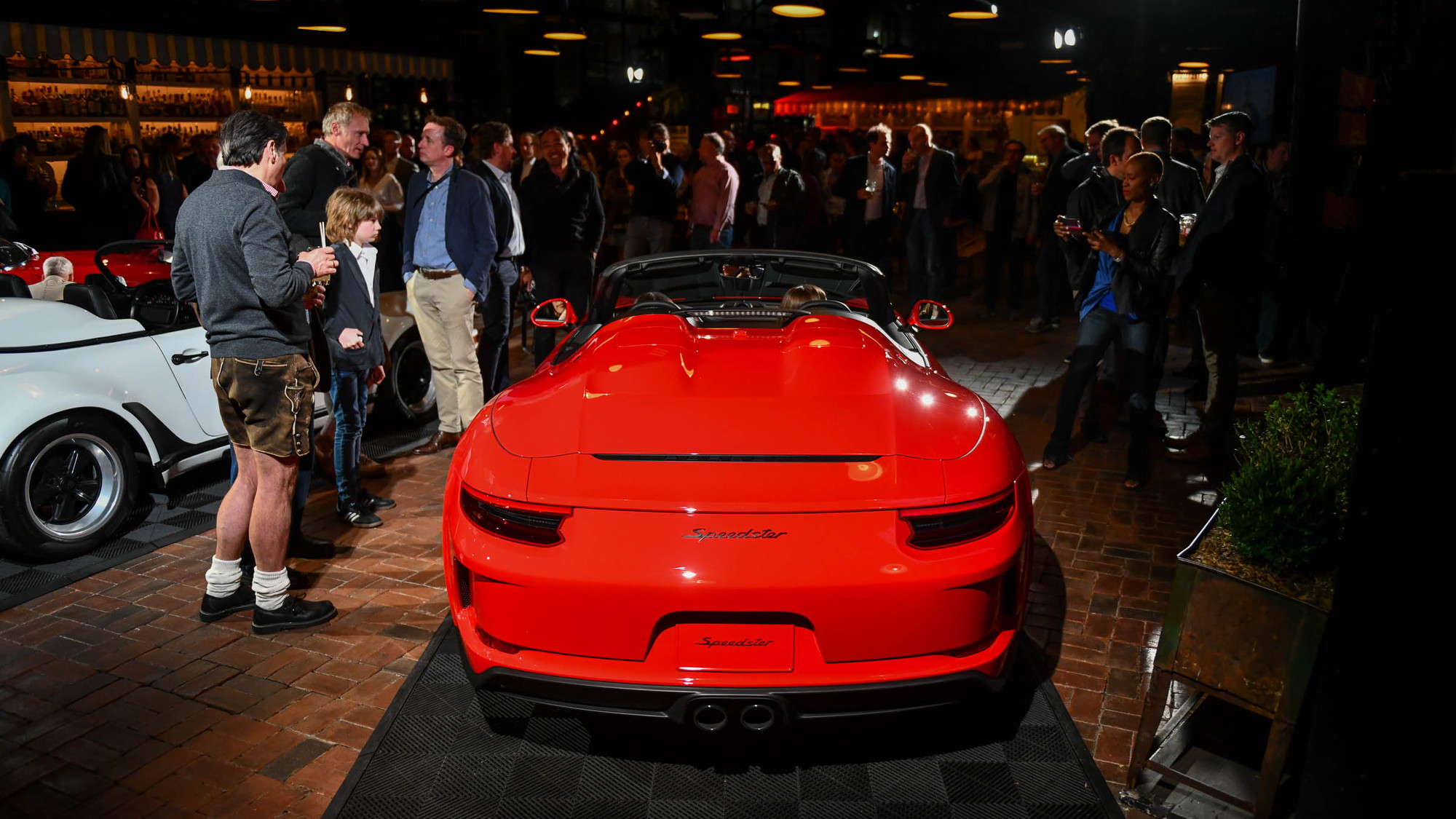 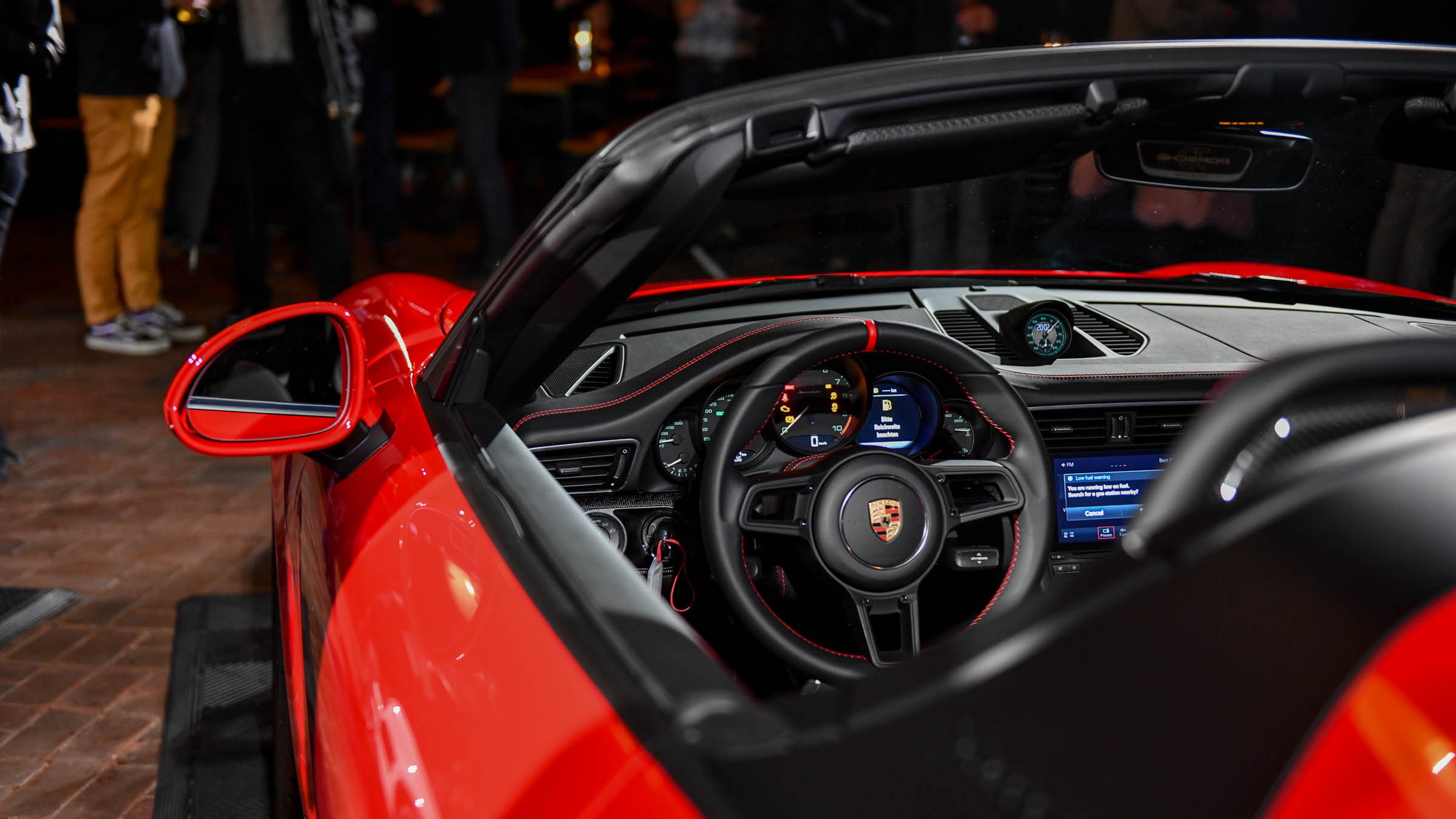 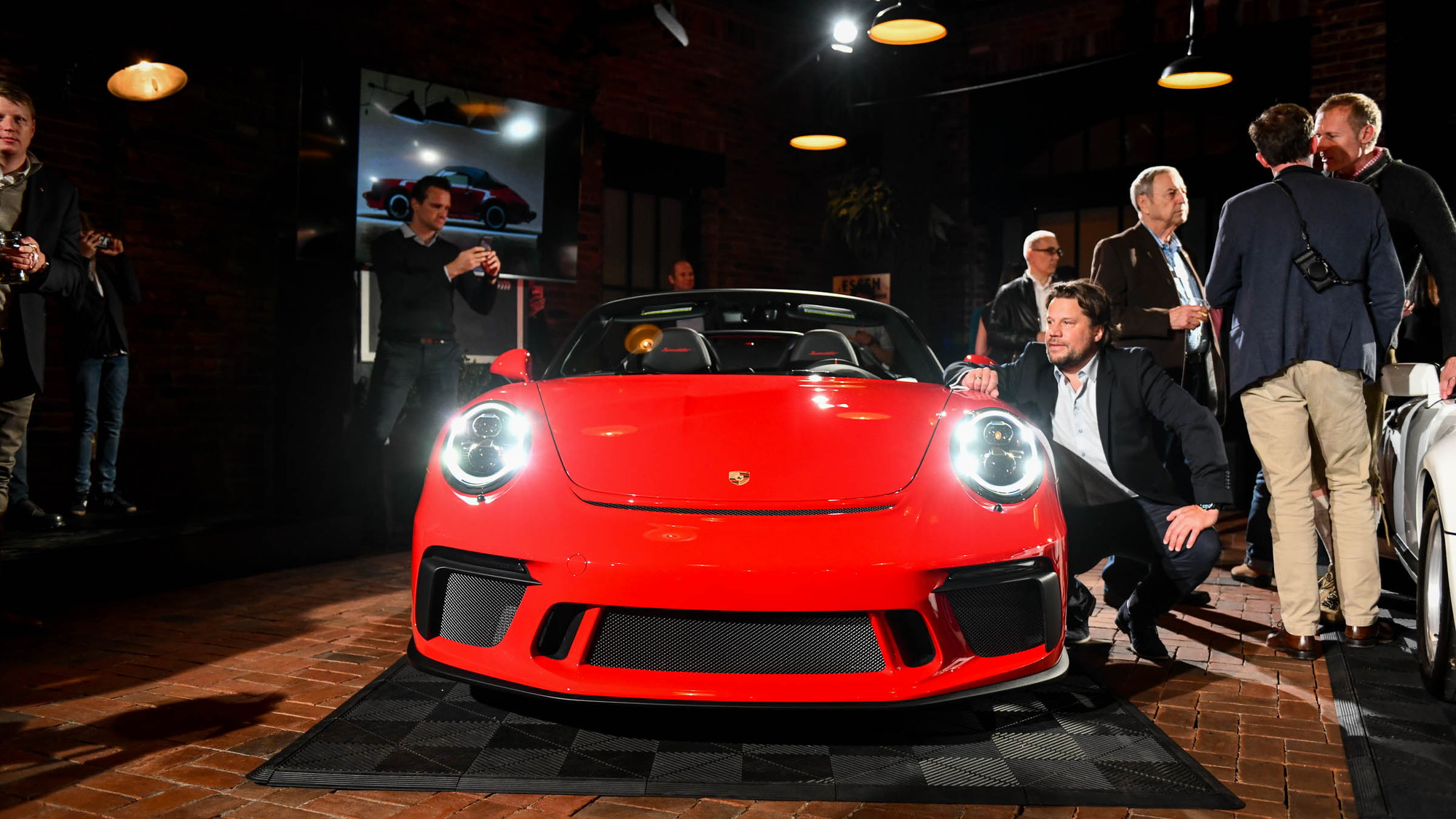 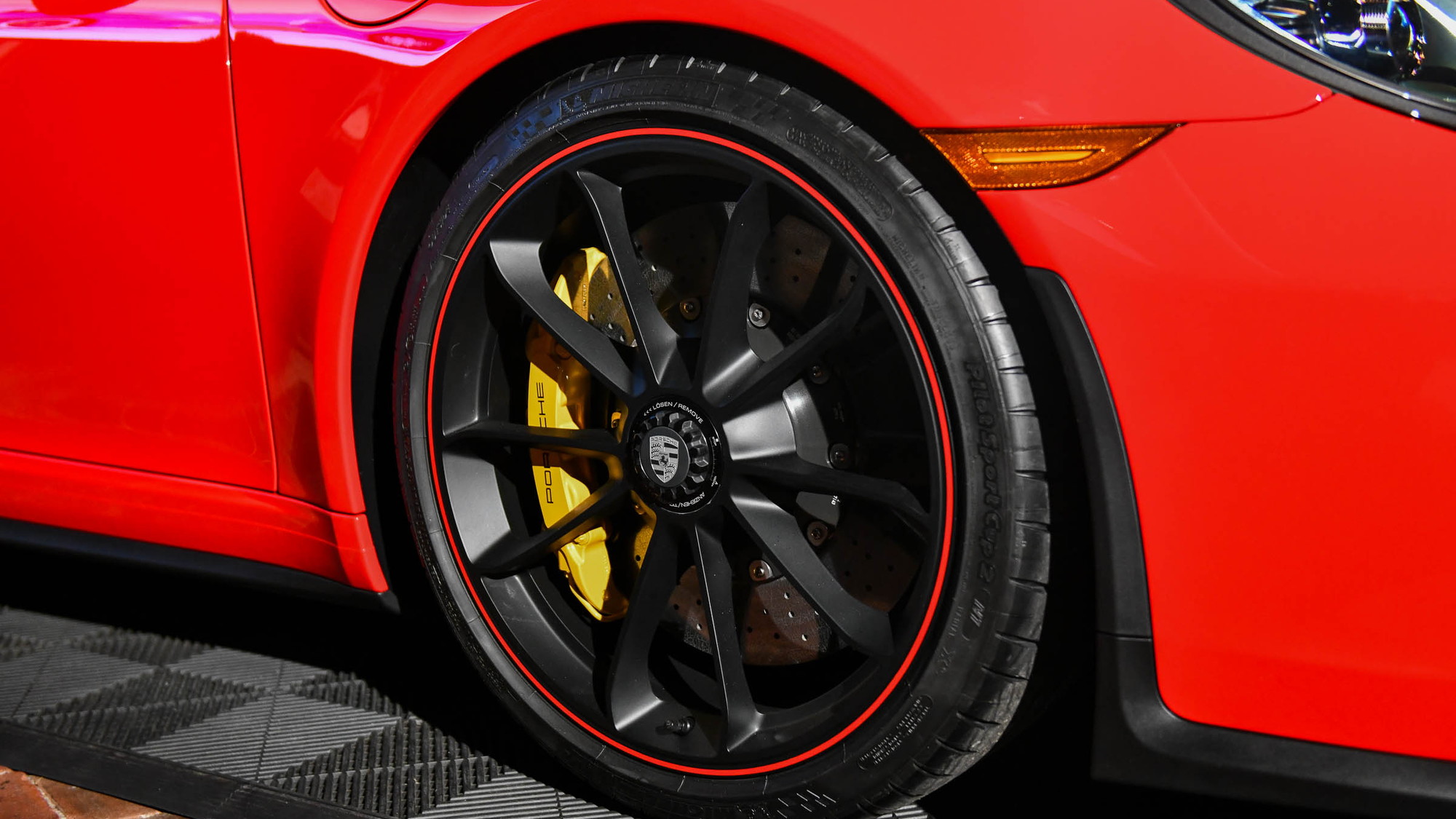 The outgoing 991 generation has a few more parade laps left.

Ahead of the 2019 New York International Auto Show, Porsche on Tuesday took the wraps off one of the last 911 models based on the 991 generation before the recently revealed 992 arrives to take the full mantle.

The 2019 Porsche 911 Speedster is a lightweight convertible based from the 911 GT3 Touring model and features a 4.0-liter naturally aspirated flat-6 at its heart—or tail.

That engine spins out 502 horsepower and spins up to 9,000 rpm, with drive going to the rear wheels through a 6-speed manual transmission only. According to Porsche, the car will speed from 0-60 mph in 3.8 seconds on its way to a top speed of 192 mph.

The Speedster was developed by the Porsche Motorsport department, which massaged the 911 GT3 mill and added throttle bodies from the 911 GT3 R race car. That soundtrack blares into the cabin unfettered; the Speedster's low windshield and lack of a hard roof are perfect for al fresco aural enjoyment.

Porsche also put the 911 on a diet when making the Speedster—aside from chopping off the roof, of course. As standard, the Speedster lacks air conditioning (it can be added back for free), and uses cloth door pulls and netting to cut down on plastics. The "frunk" lid, front fenders, and rear decklid are all made from carbon fiber composites, too. The cloth roof (if you must) is manually operated and the front and rear bumpers are polyurethane. Compared to a GT3, the Speedster weighs just 100 pounds more.

But the Speedster was made for driving. Aside from the heart of a GT3, the Speedster features rear-axle steering and fluid-filled engine mounts for total tail control. Porsche carbon-ceramic brakes are standard equipment behind stock 20-inch wheels with wide summer rubber.

Porsche will only build 1,948 Speedsters for sale worldwide—a nod to the year Porsche-branded vehicles were first mass produced—and U.S.-bound models will be available to order on May 7. Deliveries for those lucky enough to secure one will begin later this year.

For more from the 2019 New York auto show, head over to our dedicated hub.