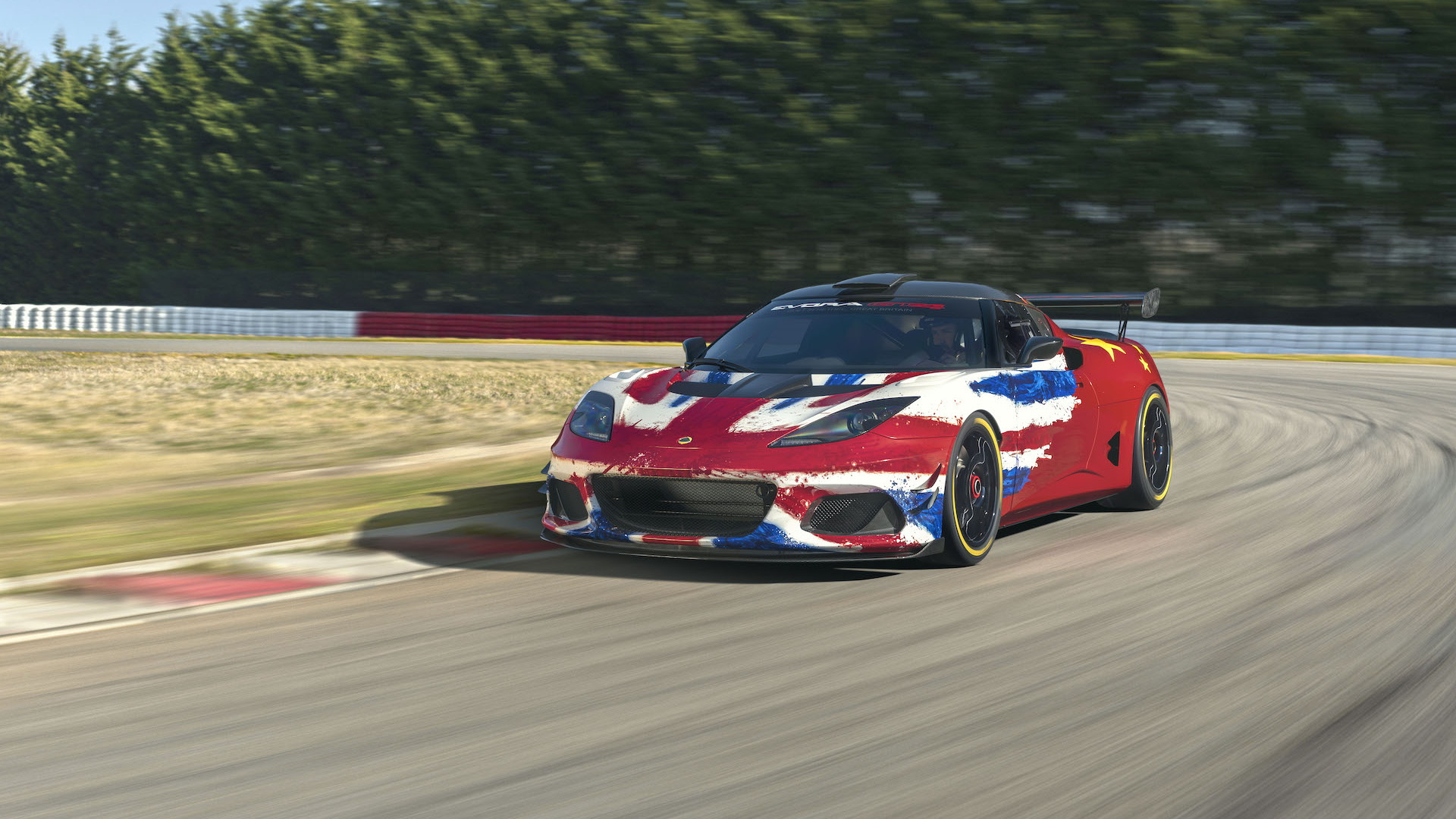 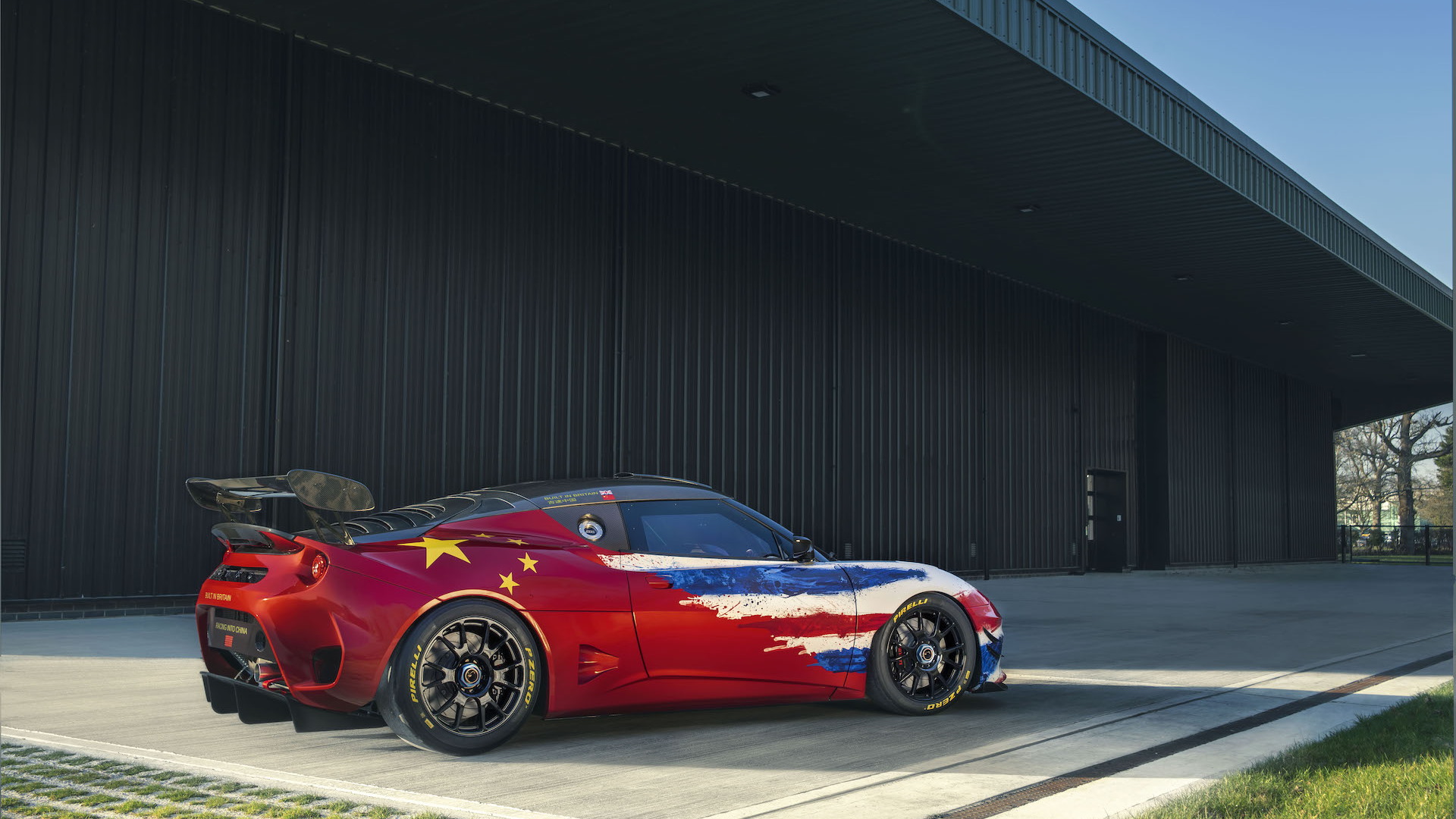 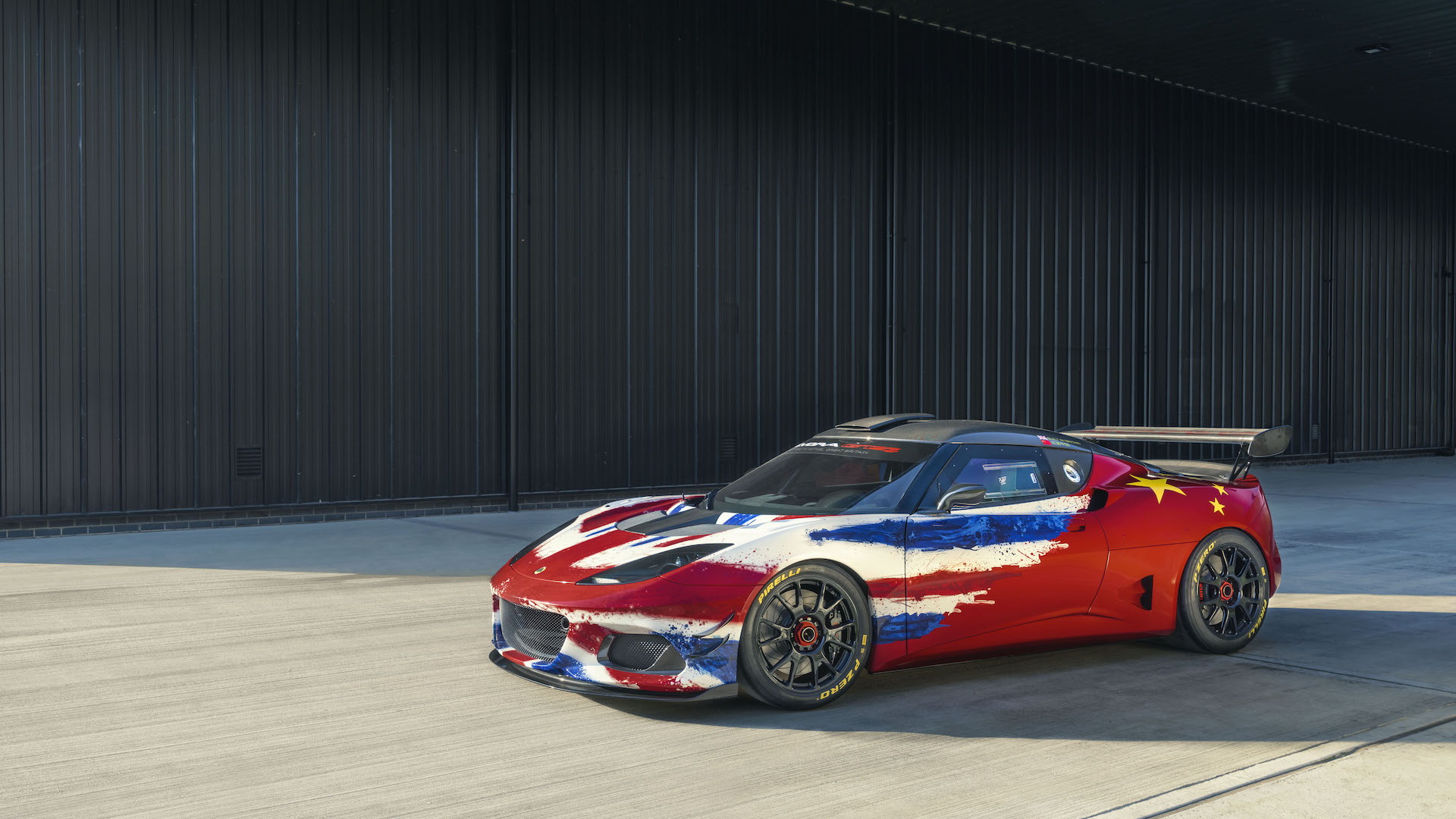 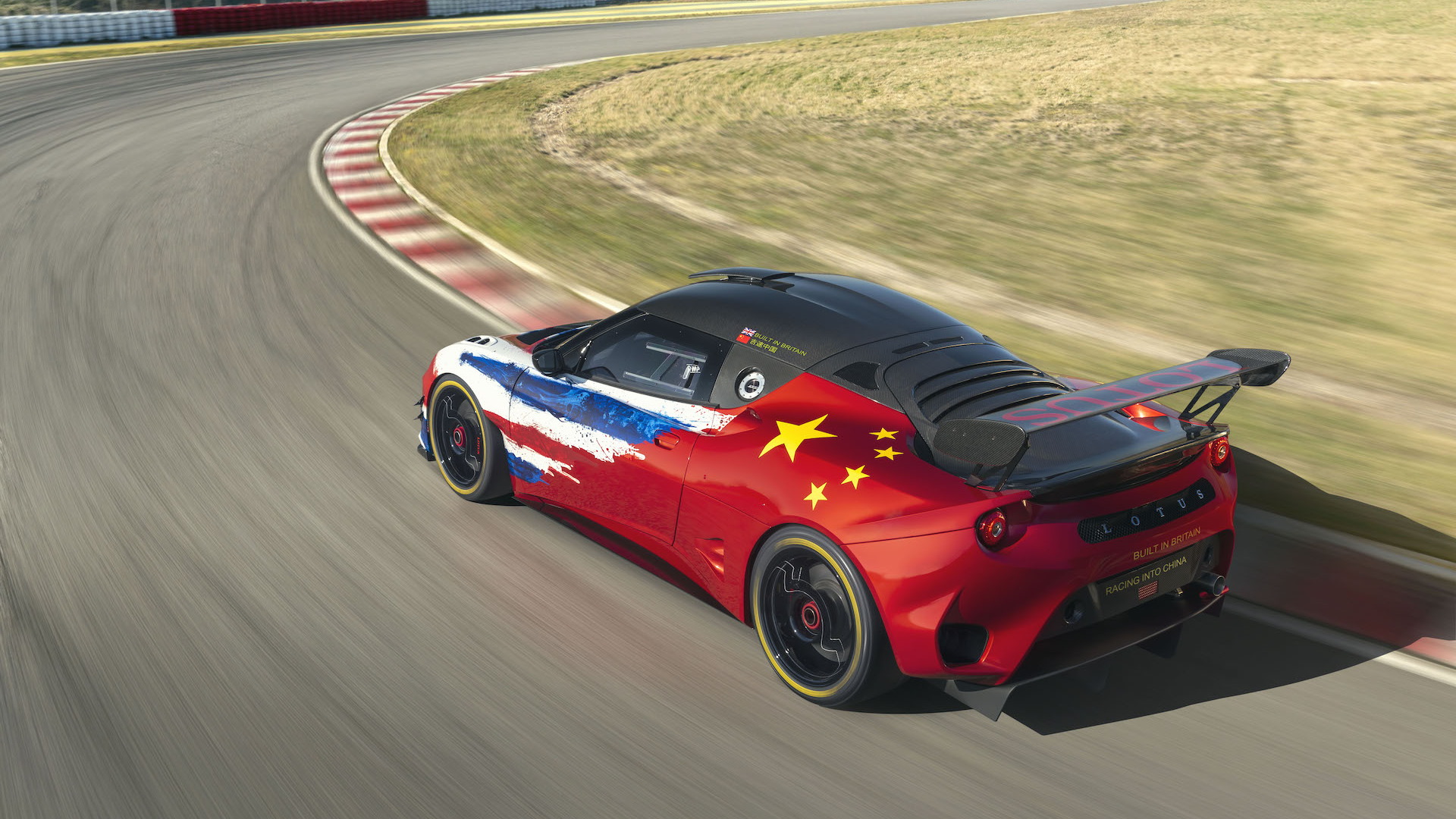 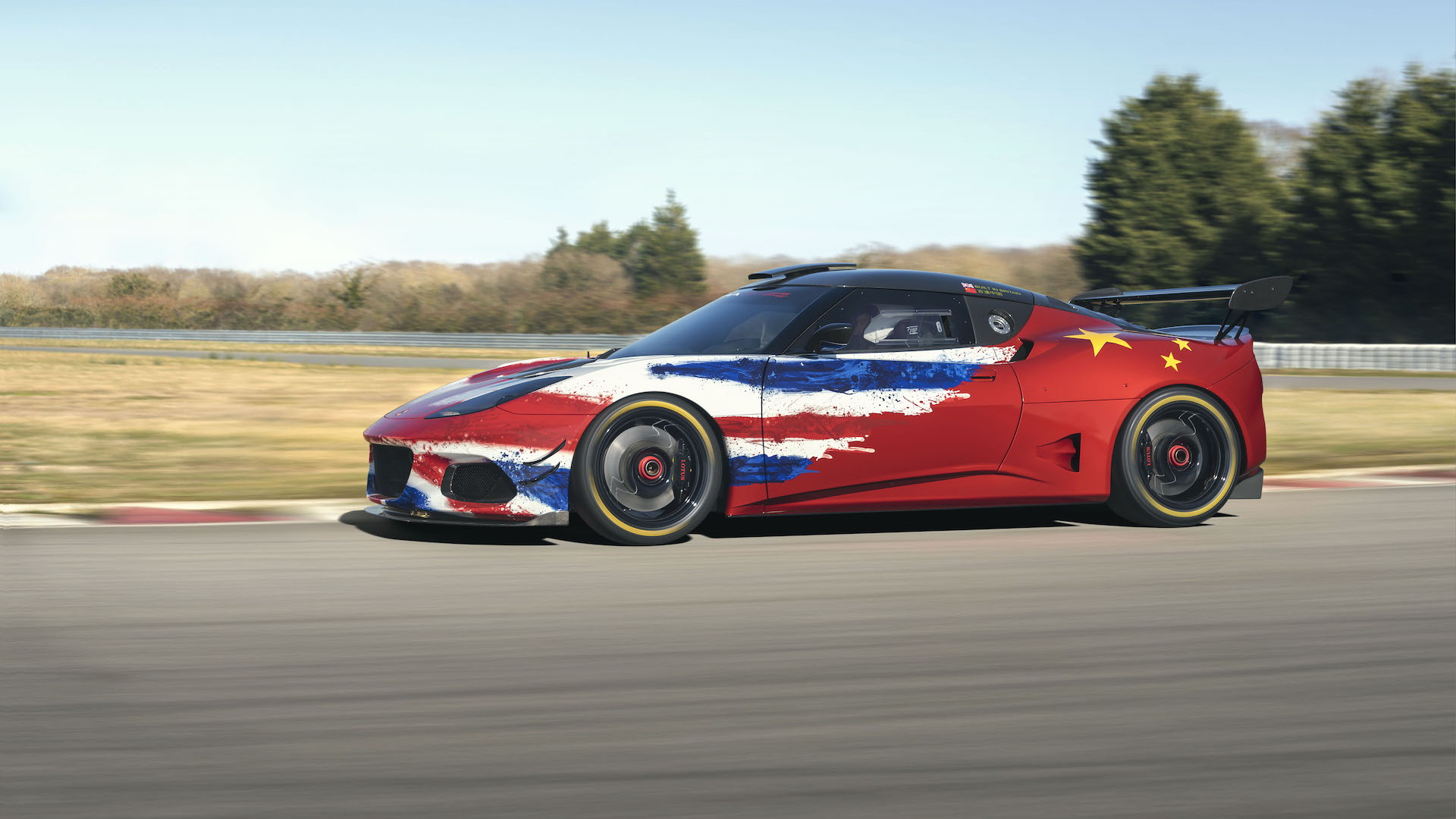 While North America is busy taking in news in the lead up to this week's 2019 New York International Auto Show, Lotus has focused its presence on Auto Shanghai 2019. There, the brand revealed a new track-ready machine: the Evora GT4 concept.

The race-prepped concept car is a preview of the next-generation GT4-spec race car coming, and two Chinese racing drivers are already confirmed to pilot it. Lotus named Cui Yue and Gaoxiang Fan as its latest factory racing drivers, both of whom will demonstrate the Evora GT4 concept's capabilities at the Hethel test track in England later this year.

While the race car retains its road car architecture, including the lightweight extruded aluminum and epoxy-bonded chassis, the GT4 concept introduces numerous "hybrid" body panels to reduce weight further and create new openings for advanced aerodynamics. Carbon-composite body panels, along with carbon-weave sections for other panels, create advanced aero pockets and greater stability at higher speeds. In fact, the front clam layout is nearly identical to the Evora GT430 road car, but features a different internal calibration for the race car's cooling requirements. Oh, and we can't forget the adjustable carbon fiber rear wing, either.

Overall, the car's design doesn't change much from the street car, but engineers worked to add aero and cooling ducts wherever they were best suited. Lotus pointed out the sculpted ducts behind each wheel, new diffusor, removable canards, and in-mouth brake ducts. Although Lotus has added in components for an enhanced structure, the Evora GT4 concept only weighs 2,645 pounds. The weight figure includes essential safety equipment such as an eight-point roll cage, harness, kill switch, fire extinguisher, new digital instrumentation for the driver.

Power comes from the Evora's trusty 3.5-liter supercharged V-6. Here, the engine makes 450 horsepower and 376 pound-feet of torque. Power flows through a 6-speed sequential racing transmission with dry-sump system and out to a limited-slip differential. Handling chops are due to the aluminum double-wishbone suspension and Lotus-tuned two-way adjustable dampers.

The concept car also features a new livery that blends both the United Kingdom's flag and China's, a subtle nod to Lotus' newfound Chinese ties. China's Geely Holding Group purchased the brand last year and has big plans to restore the British sports car manufacturer's image into a true Ferrari challenger. On deck, among a revamped line of sports cars and an SUV, is an electric hypercar Lotus also teased in Shanghai.