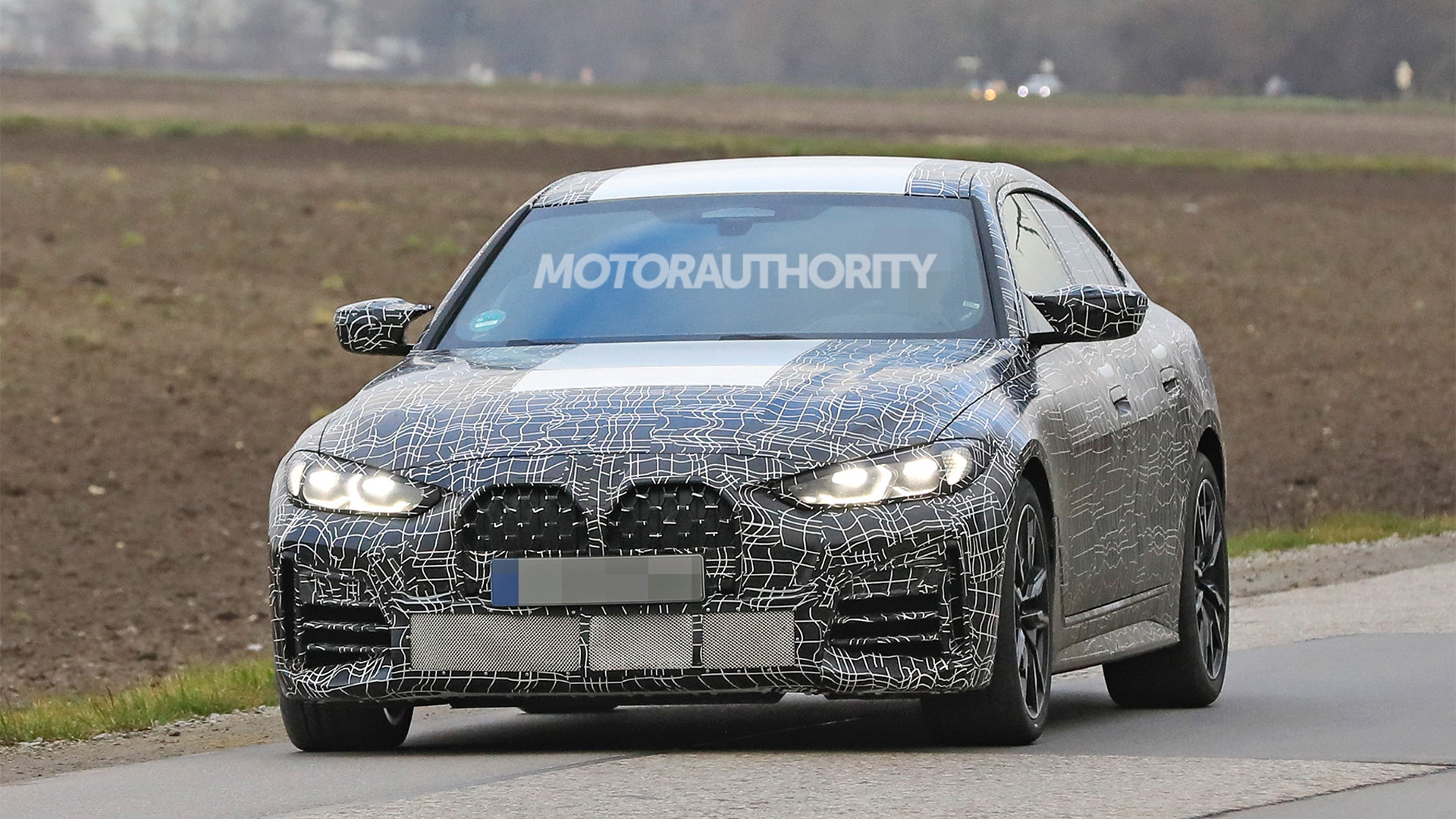 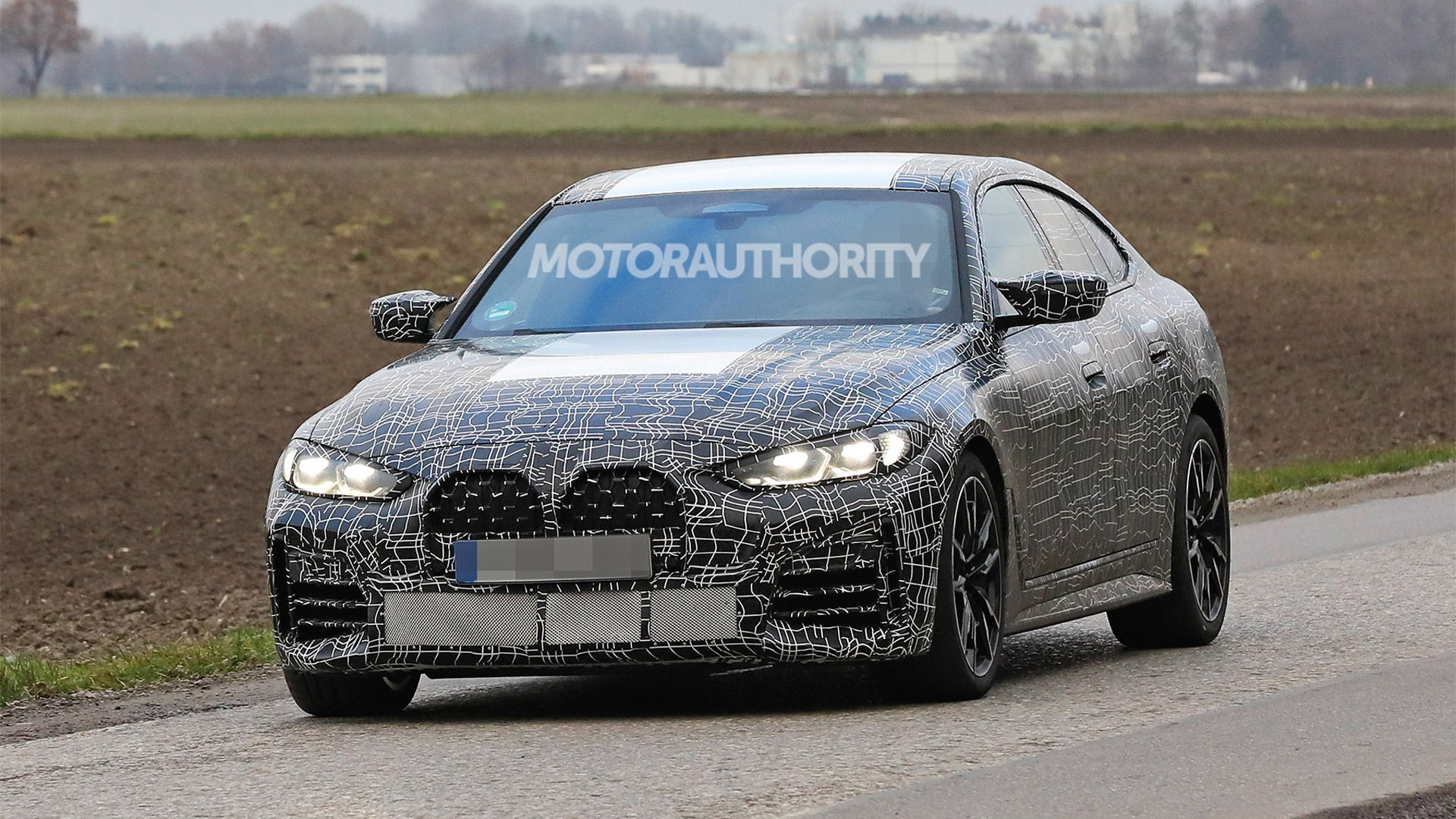 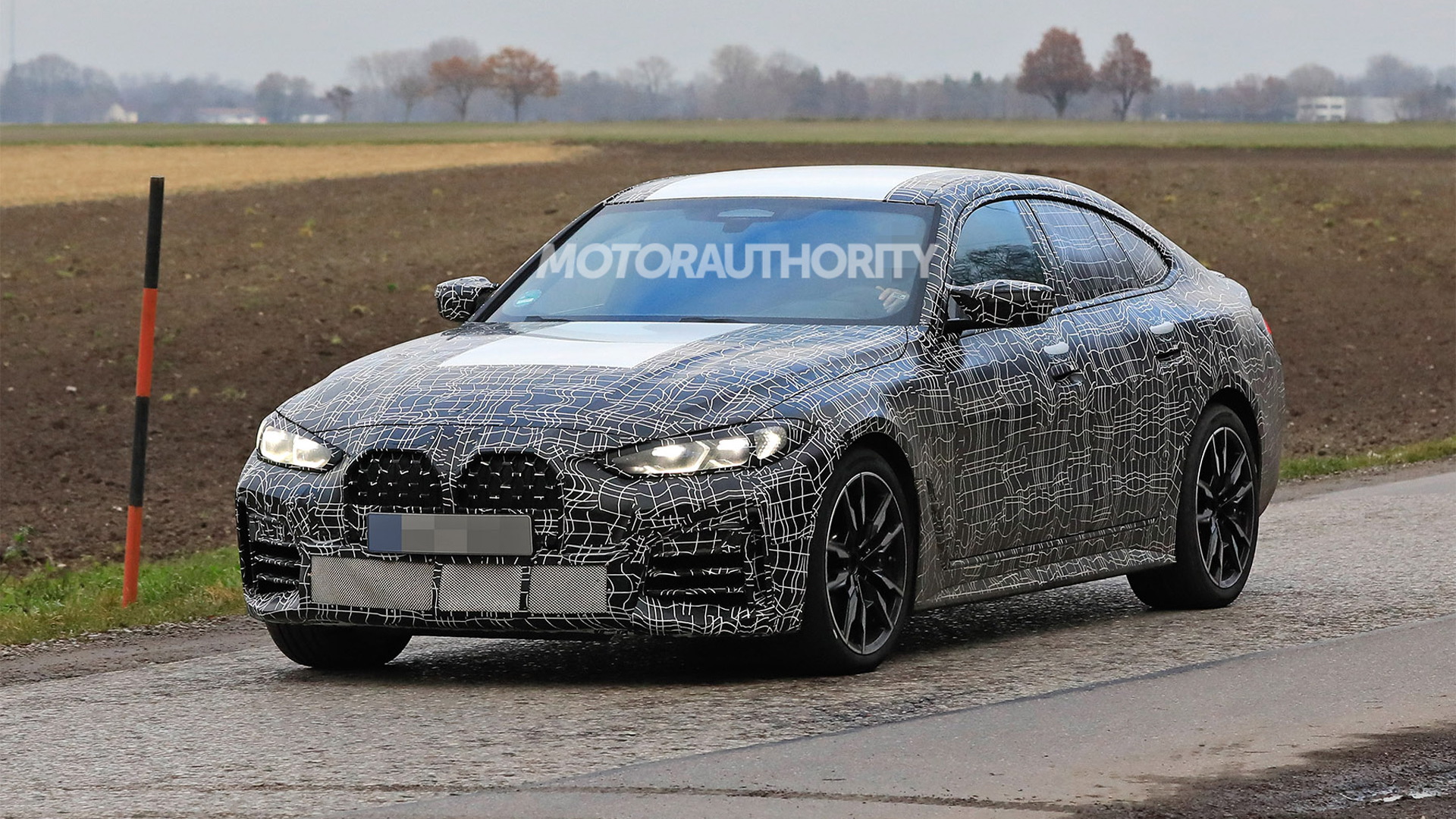 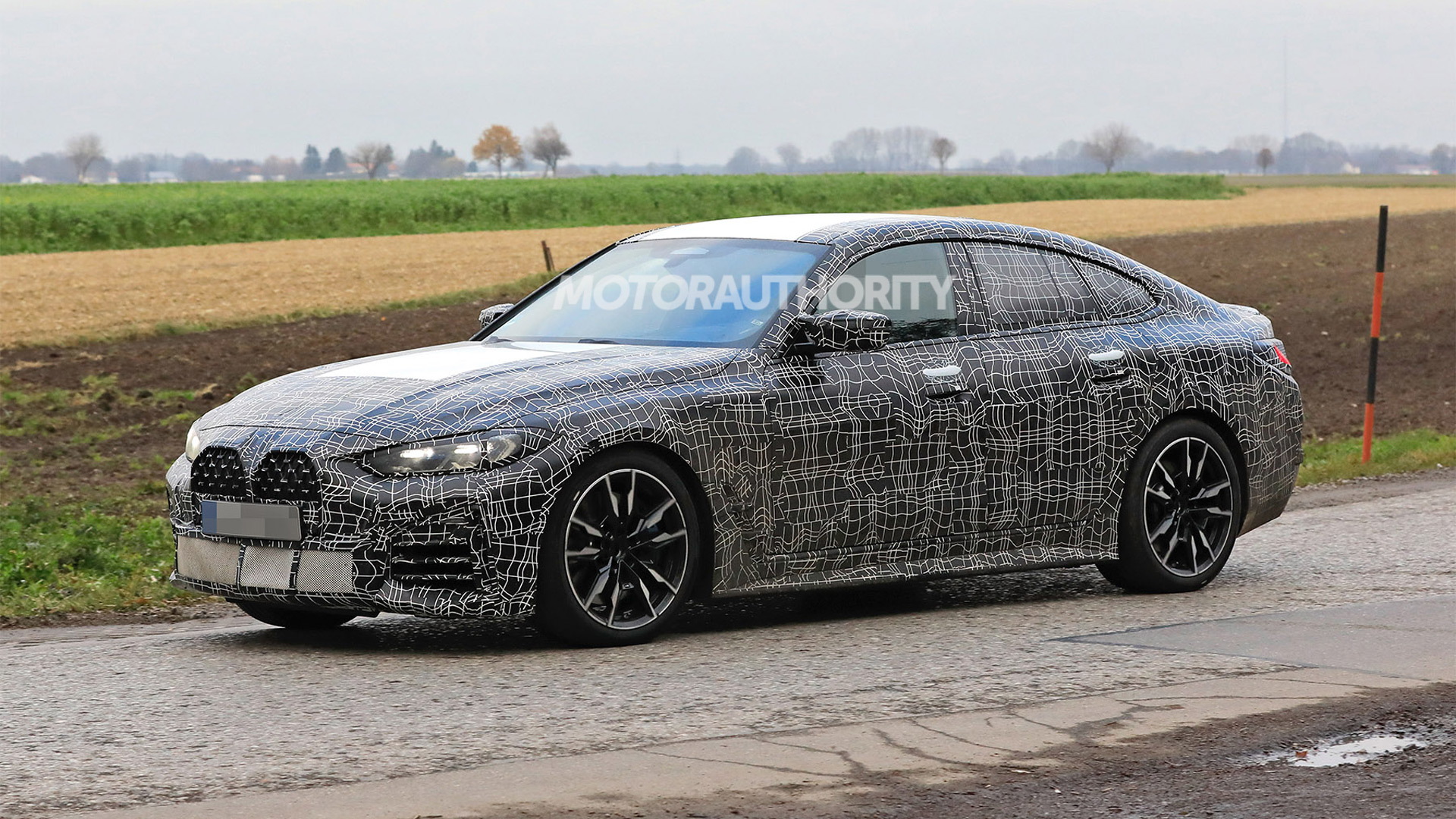 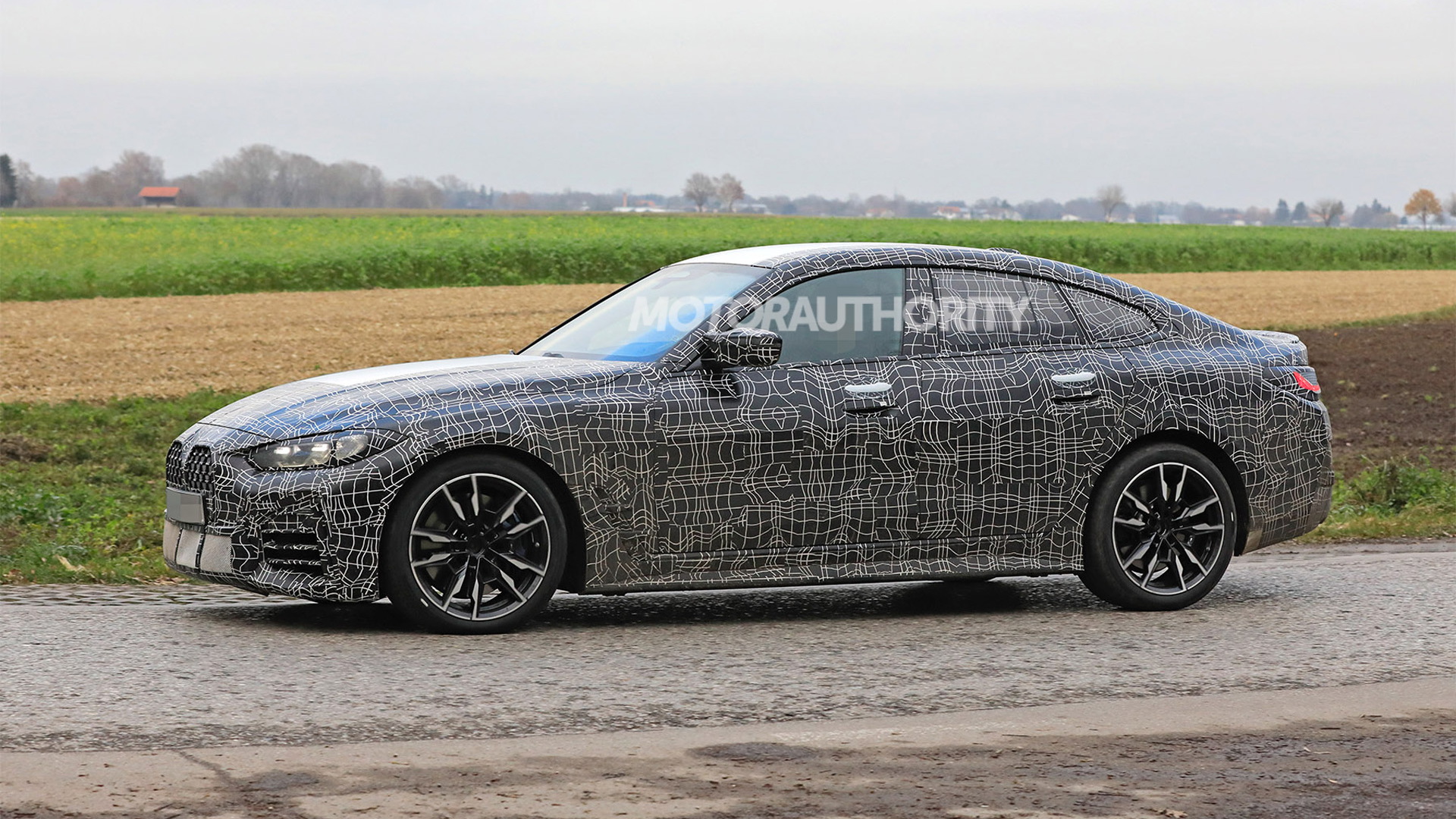 BMW introduced a new generation of its 4-Series family for the 2021 model year.

The first members to have arrived are the new 4-Series coupe and 4-Series Convertible, plus the high-performance M4 coupe.

A battery-electric i4 has already been revealed. It's due here next year. And still in the works is the new 4-Series Gran Coupe.

A prototype for the four-door coupe (it's really just a hatch) has been spotted again, this time with the least camouflage gear yet. It should be revealed later this year as a 2022 model.

BMW has gone with an evolutionary look for its new 4-Series, though there's been a dramatic change up front: an oversized grille is now a common feature to the range, as well as the M3 sedan. The vertical design of the grille takes inspiration from sporting BMWs of the past like the pre-war 328 and 3.0 CSi of the 1970s.

The interior will be familiar to anyone who's been in a modern BMW. A fully digital instrument cluster will be available (an analog cluster will likely be standard), and next to this will be a large infotainment screen. Natural-speak voice activation should also feature in the car.

The platform of the 4-Series, including the electric i4, is BMW Group's CLAR design for rear-wheel-drive cars, and the core powertrains are turbocharged 4- and 6-cylinder inline engines displacing 2.0 and 3.0 liters, respectively.

Look for the 4-Series Gran Coupe to be offered in 430i and M440i grades at launch. The 430i Gran Coupe should come with a 2.0-liter turbocharged inline-4 delivering 255 hp and 294 lb-ft of torque. The M440i Gran Coupe should have a 3.0-liter turbocharged inline-6 and mild-hybrid system good for 382 hp and 364 lb-ft. The mild-hybrid system temporarily boosts output by 11 hp and consists of an integrated starter motor and generator that is able to recover energy under braking.

The previous 4-Series Gran Coupe never offered an M4 model, though hopefully this will change with the redesign. Any M4 Gran Coupe would pack BMW M's new S58 engine, a 3.0-liter twin-turbocharged inline-6 that would deliver 473 hp in a base grade and as much as 503 hp in an M4 Competition grade.