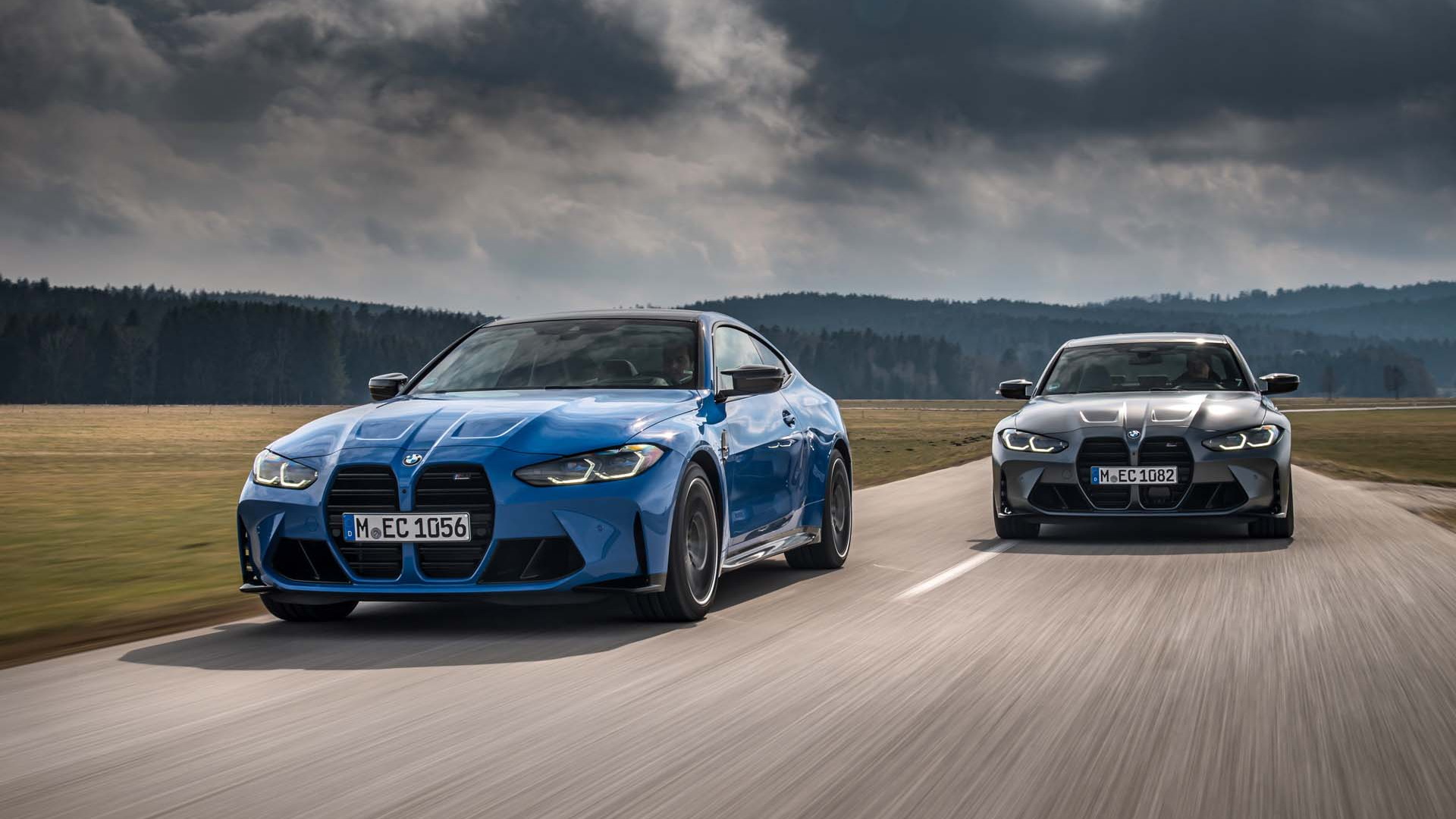 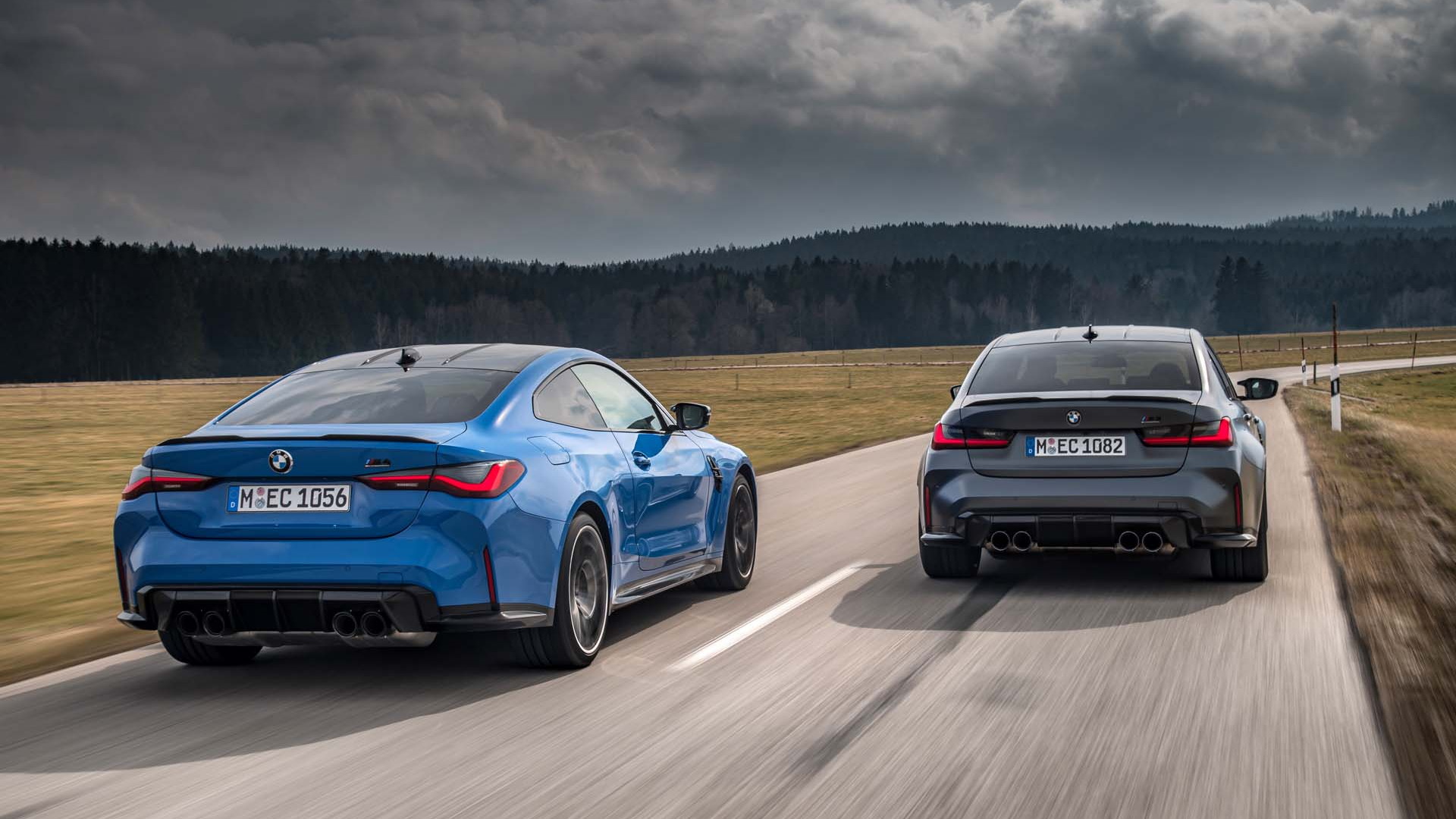 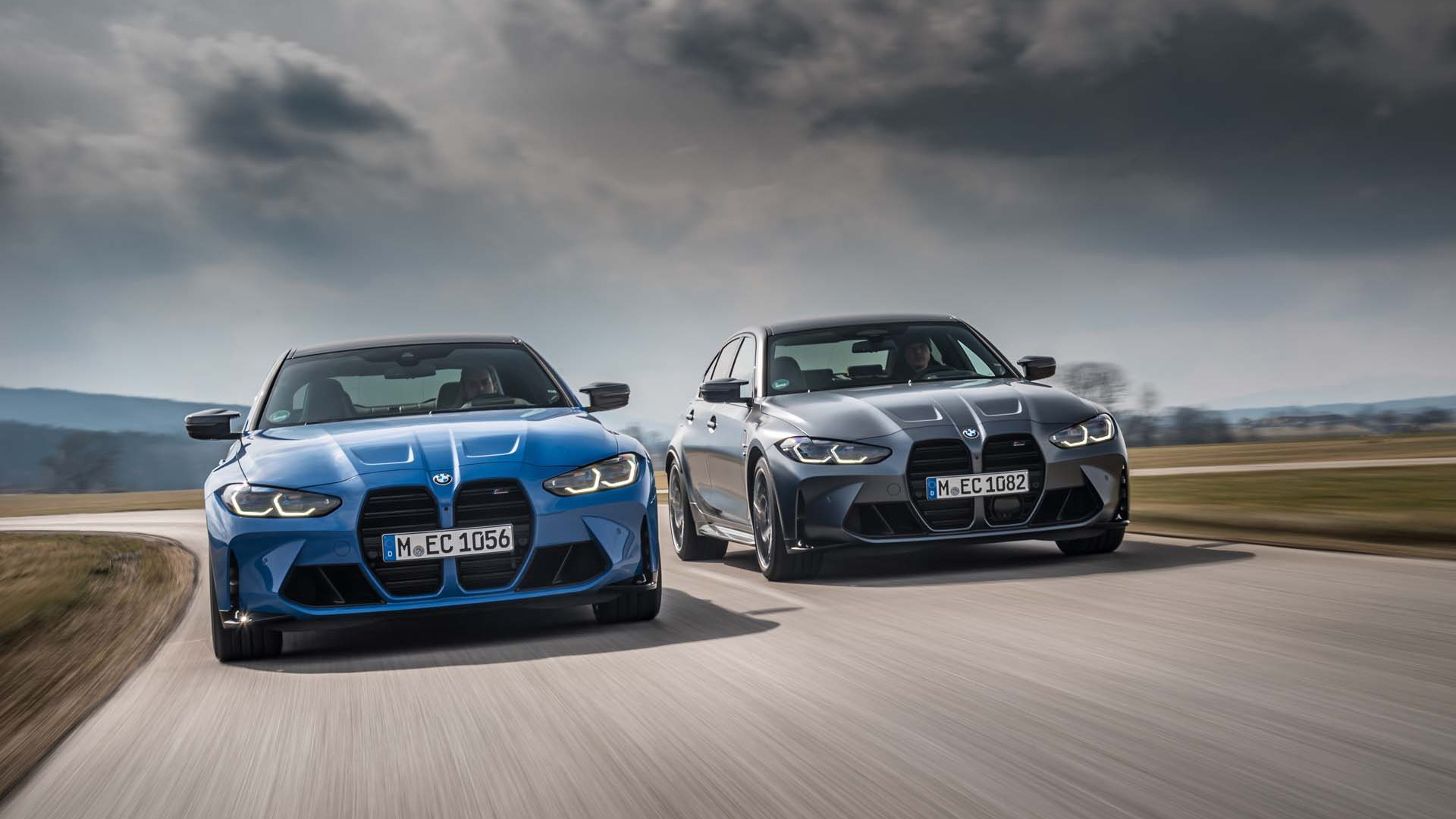 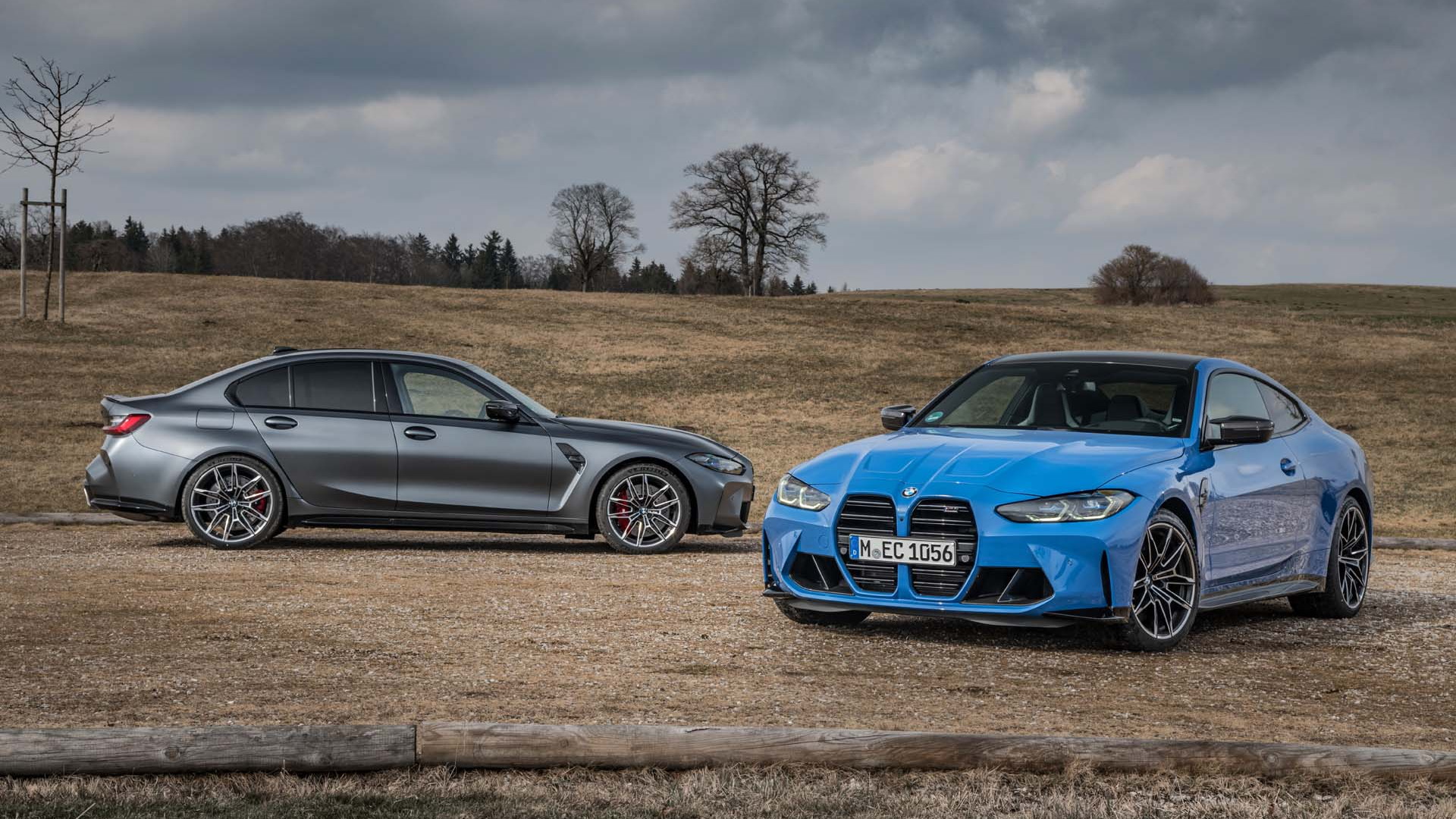 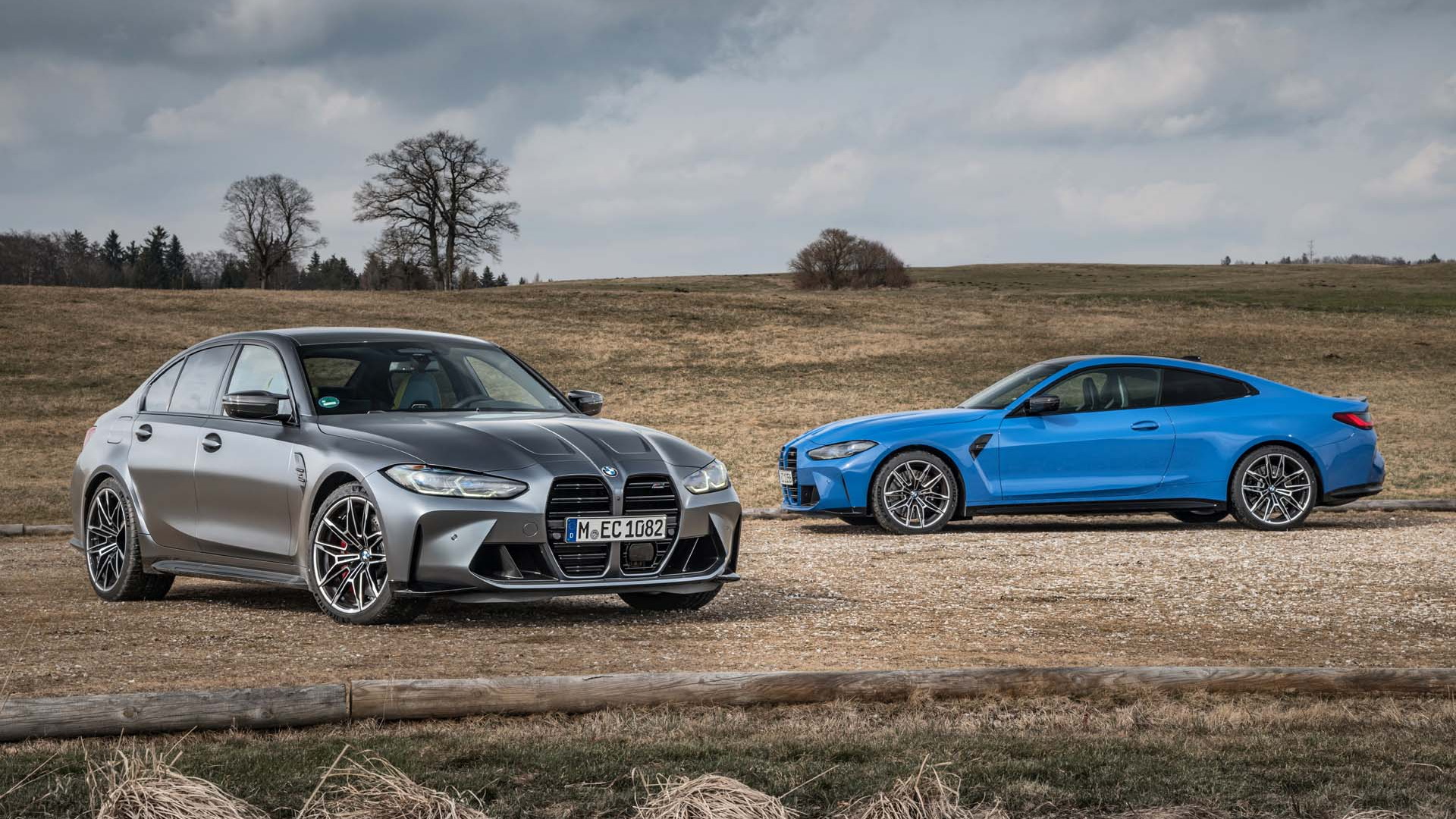 The oft-rumored all-wheel-drive BMW M3/M4 is finally on its way.

Like other M3 and M4 Competition models, the xDrive versions use the S58 turbocharged 3.0-liter inline-6 that makes 503 hp and 479 lb-ft of torque. However, the oiling system in the xDrive cars has been modified to handle the increased load from the extra traction of all-wheel drive. An 8-speed automatic transmission handles shifting duties as a 6-speed manual is only available in non-Competition, non-xDrive models.

Like the current M5, the new M3/M4 xDrive models employ a variable, rear-biased all-wheel drive system with an electronically controlled multi-plate clutch. An active differential distributes torque in the rear between the two wheels.

All-wheel drive might make the M3 and M4 Competition less fun, but it does make them quicker despite adding about 100 lbs. BMW said 0-60 mph times drop over the rear-wheel-drive versions by 0.4 second to 3.4 seconds. The top speed remains 155 mph or 180 mph with the M Performance package.

Regardless of which mode the all-wheel-drive system is in, the power is routed to the rear wheels in day-to-day cruising. When needed, such as on slippery pavement or during a hard takeoff, power automatically shifts to the front, though BMW hasn't said how much power can flow to the front wheels.

The all-wheel-drive system in the M3 and M4 Competition models features three drive modes. The default setting is 4WD, which is all-wheel drive with a rear-bias power distribution. The 4WD Sport mode directs more power to the rear wheels and was developed to be more track-friendly. A mode called 2WD might as well be called Burnout, Donut, or Drift mode, as it requires the stability control and traction controlled to be turned off and then locks power to only the rear wheels.

While the xDrive Competition models share their 19-inch front and 20-inch rear forged aluminum wheels with their rear-wheel-drive siblings, the front suspension geometry has been redesigned and the steering ratio was changed from 15.0:1 to 14.6:1 to compensate for the all-wheel-drive system's heft.

It will be impossible to decipher whether a 2022 BMW M3 Competition or M4 Competition has xDrive from the outside as the cars have no badges or other visual differences, and the system is completely hidden.