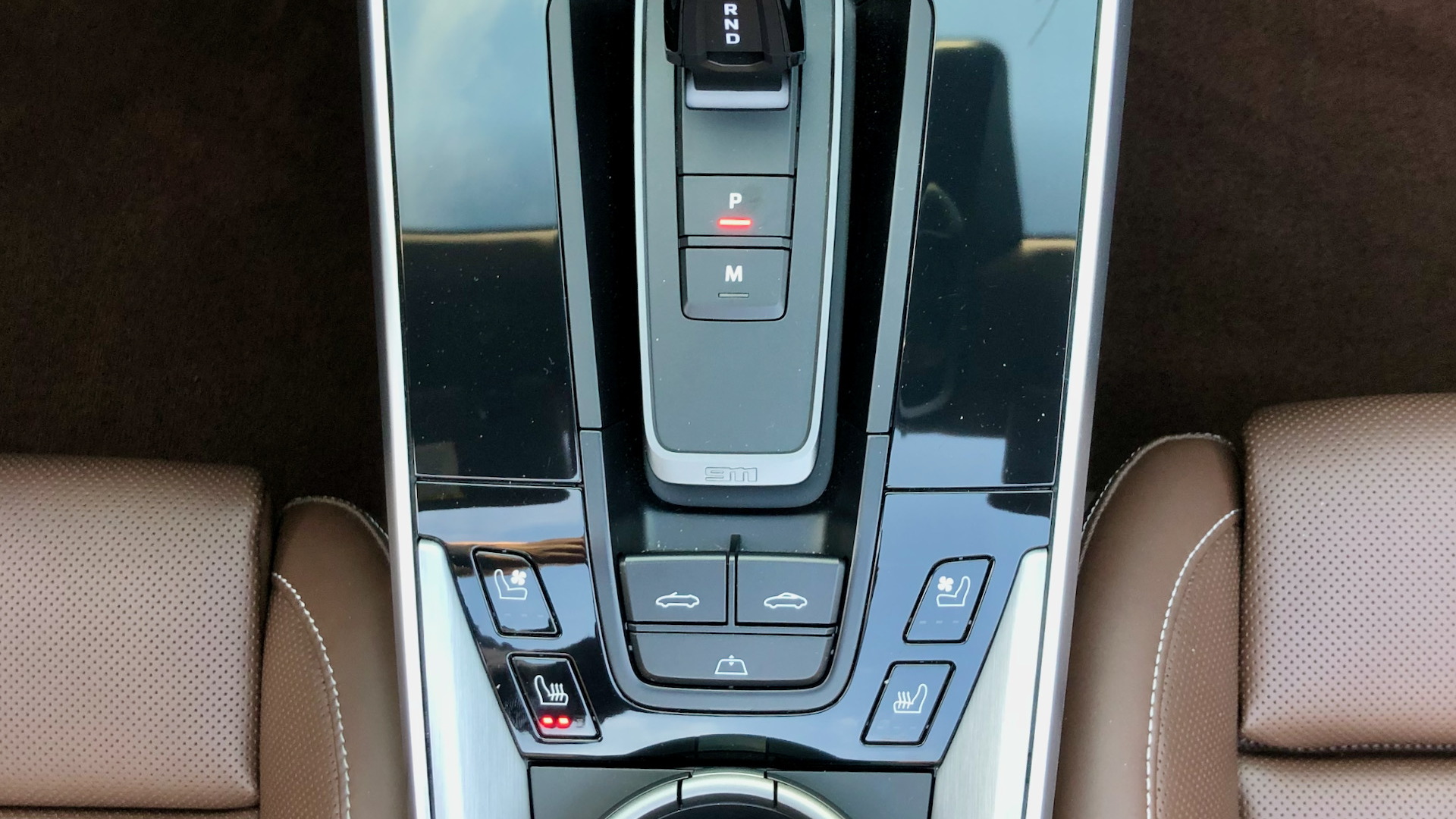 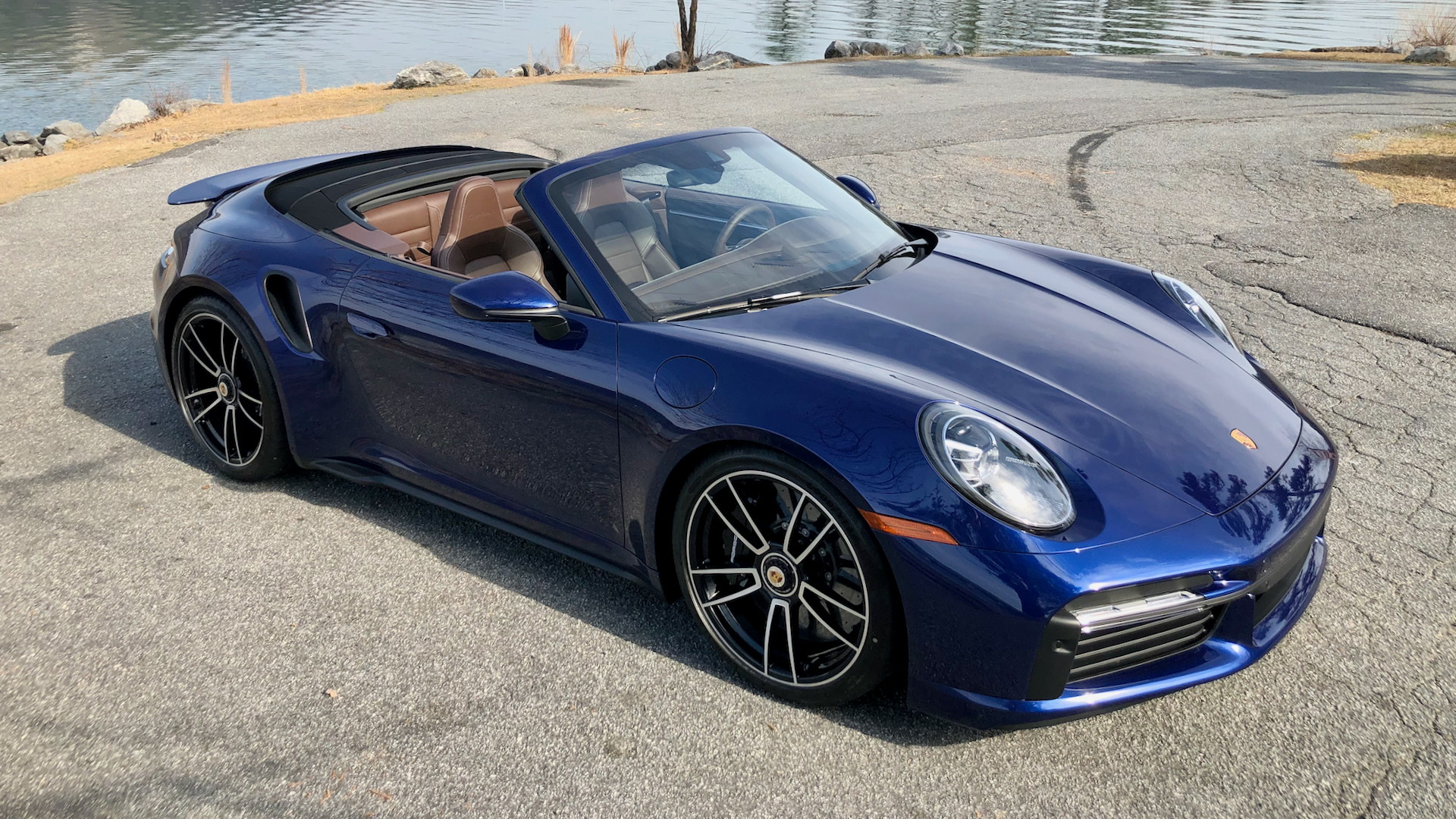 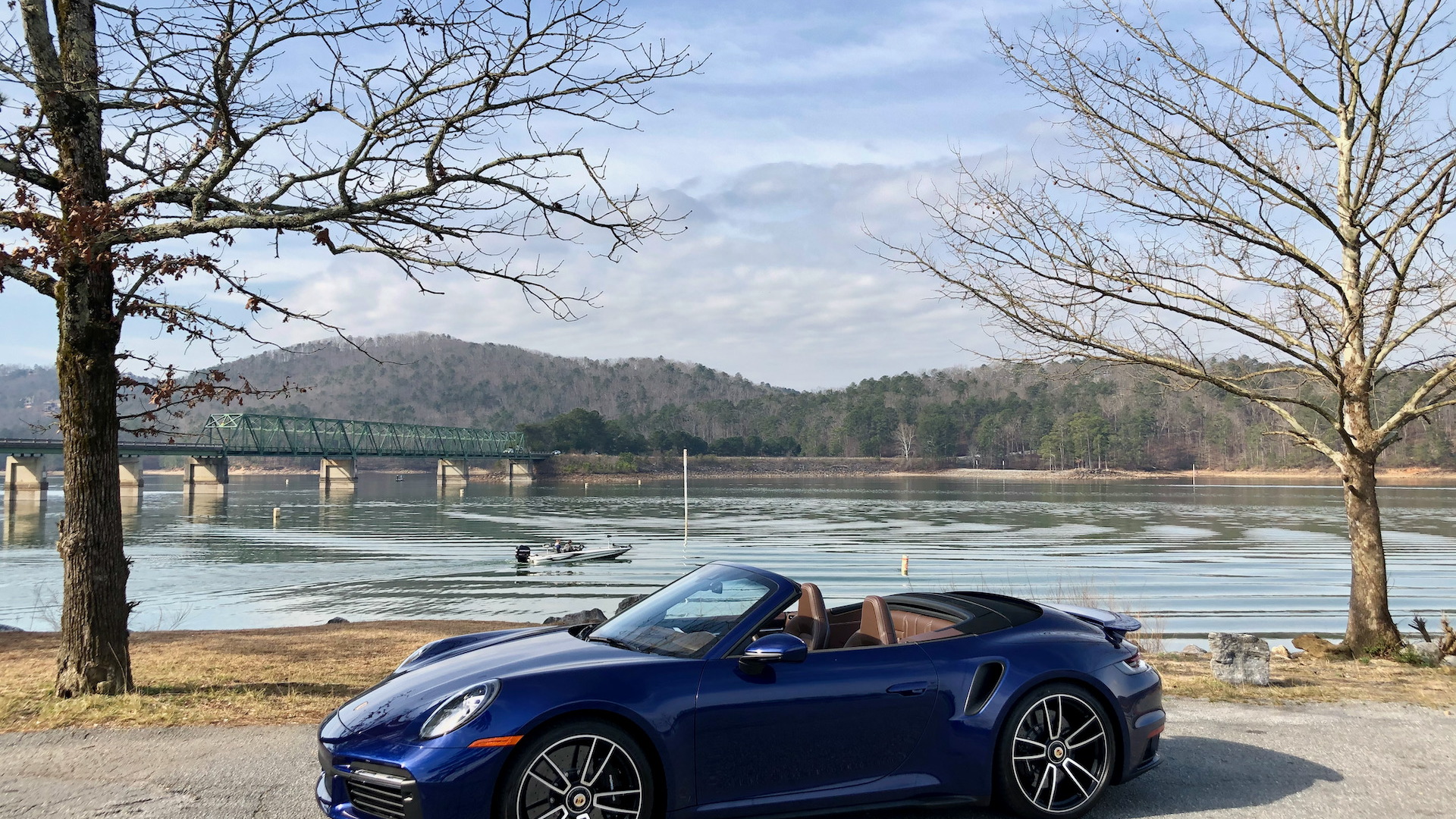 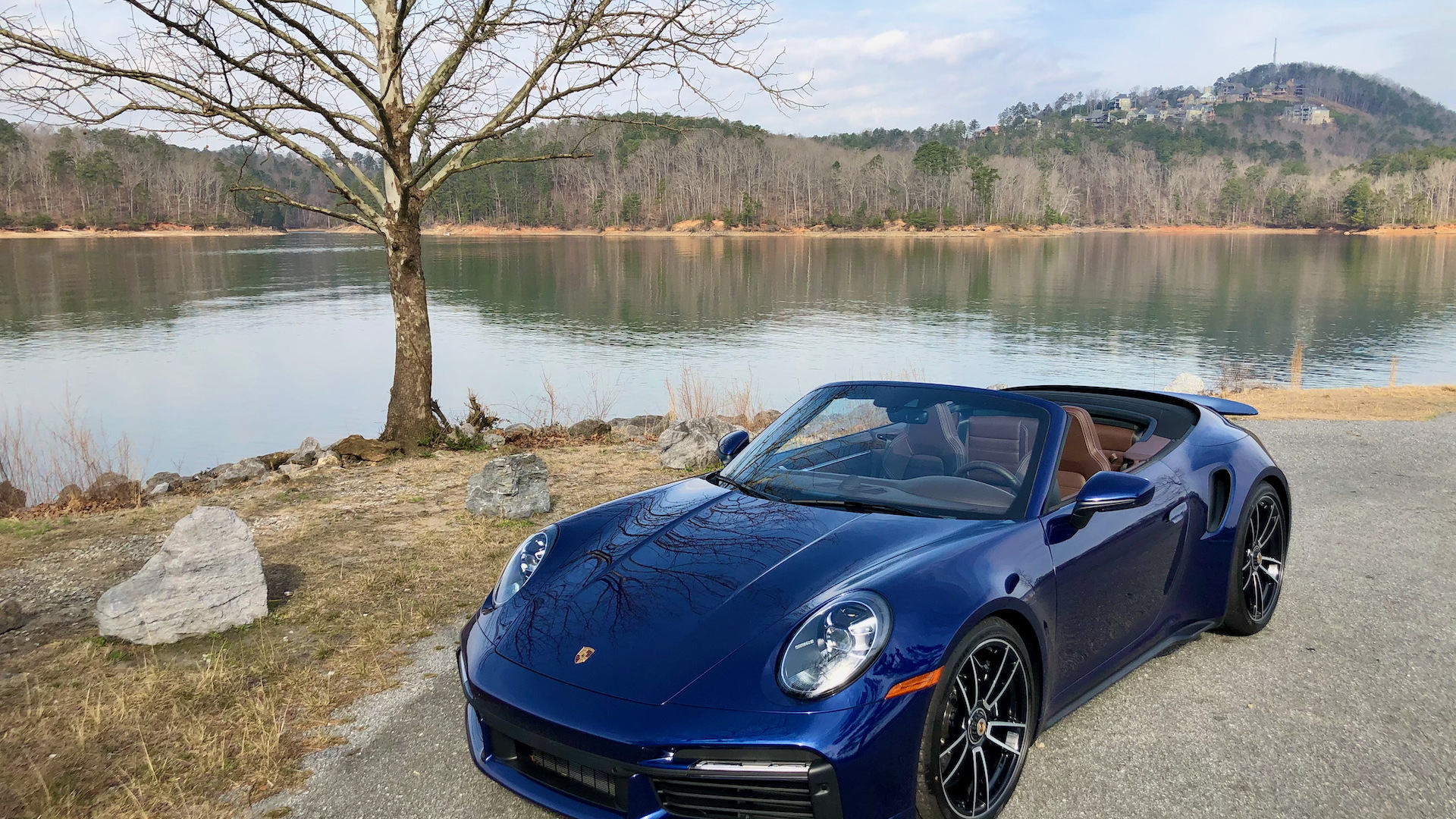 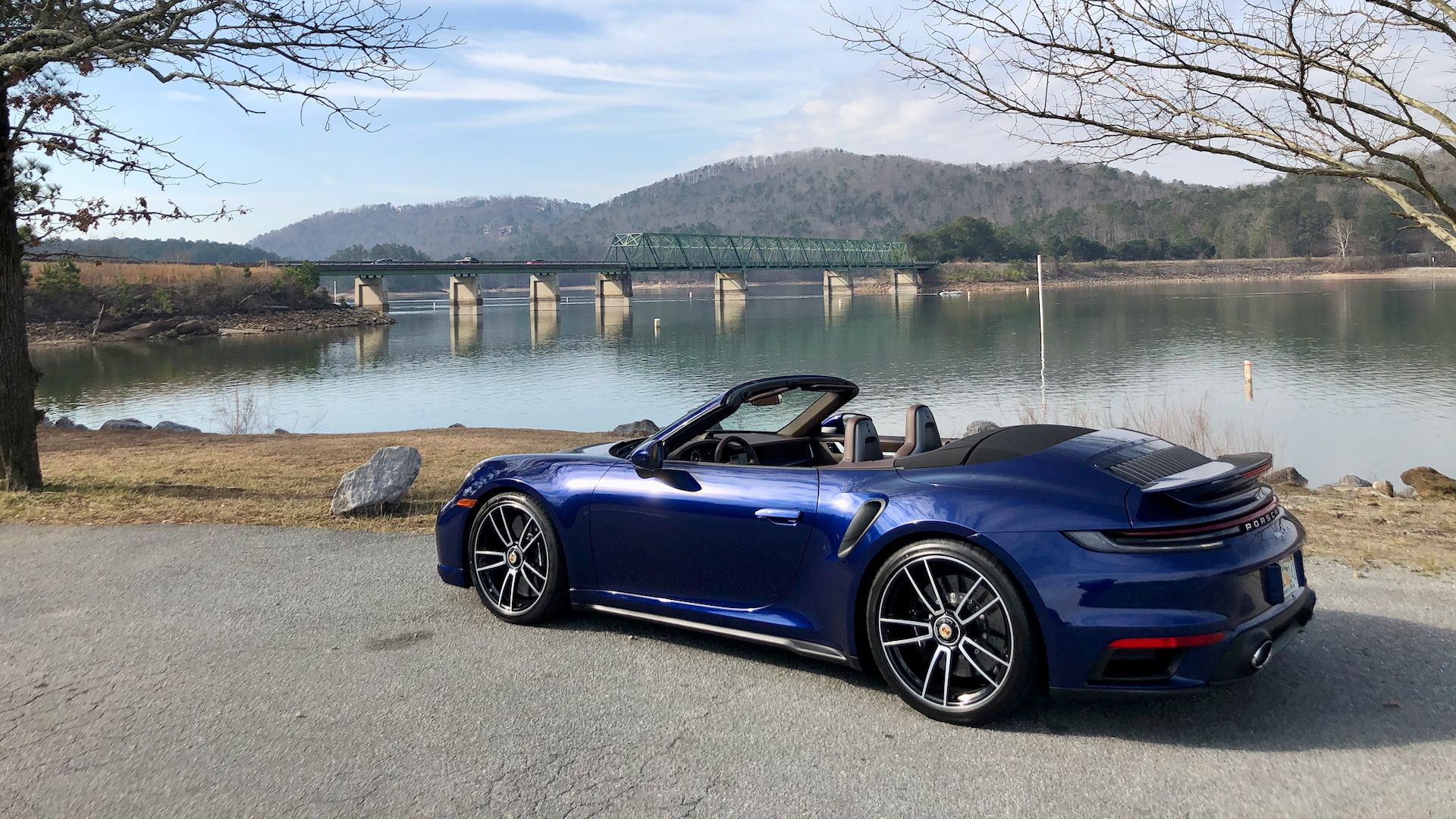 We make no bones about or apologies for our love of the Porsche 911. It shows up unerringly in our Best Car To Buy awards as often as it shows up in our work-day Skype chats.

If there’s a 911 perfected, it’s the 911 Turbo S, which we’ve tossed around on north Georgia’s roads often enough to know the difference between Dacula and Dahlonega. It’s always worth a repeat, even when spring has turned into summer, and cool breezes have been hot-swapped for stifling mid-80s heat and rumblings of a wild cicada sex party. A 911 in any form conjures infinite envy; the Cabriolet conjures infinite, invincible summer.

Envy away. I drove the 2021 Porsche 911 Turbo S Cabrio, and I’m ready for more. Here’s what hit, and what missed, while I ran for the mountains and tried to get a free wristband to that once-every-17-year insect throwdown.

Hit: It plays coy about its supercar status. Sitting in the 911 doesn’t betray any of its exotic performance. The leather seats cool themselves, Apple CarPlay connects seamlessly on its touchscreen, the cupholder fits my Miir perfectly. I could telecommute from here, if I could keep from twisting the ignition.

Hit: When it’s on, it’s on. The 911’s the dean of TGIF U, the place to learn how to relax—and to learn when it’s good to tense up. Its 640 hp and 590 lb-ft of torque turn its chunky body into a throwing star, lighting up all four wheels through an 8-speed dual-clutch transmission. It’s a Stinger missile, good for 0-60 mph times of 2.7 seconds and a top end of 205 mph, if you can hang on that long.

Miss: It’s slower than the coupe. By a tenth of a second. You’ll live.

Hit: It teaches a master class in range and performance. The 911 Turbo S Cabrio is the EGOT of convertibles and the GOAT. When I get properly open road—outside of working cell signal range, where even hardy Yacht Rock perennial Kenny Loggins gives up—it’s time. The black Ninja that passes me doesn’t know what he’s done, but Sport+ mode does.

Hit: It’s an immersive experience. The 911 Turbo S Cabrio plays its powertrain percussively; it’s the best rhythm section this side of Atlanta, and I am so into this. The heating and cooling of its turbos ting and tong through Big Gulp intakes, the stiff brake pedal clicks with the application of force, and its discreet shift paddles flick and flap with precision, delivering the same correct resistance as the stiff throttle. At full bore the Turbo S has a menacing, shearing-metal exhaust note that’s not at all for show. It’s fair warning. It can lope along at speeds easily 20 mph or 20 percent higher than anything I’ve driven here, save for a GT-R.

Hit: It’s a no-compromise convertible. My convertible appetite has dulled over time; it has to be above 55 and below 85 degrees to get me in the mood. I’m in the mood. Even before I escape Atlanta’s orbit, the 911’s thick lined top blots out the sounds of rush hour as the car’s speed blows off the thick coat of pollen to reveal all its gorgeous deep blue paint.

Hit: A stroke of genius. Who decided to cut the roof from the 911 in the first place? It's like adapting Karl Marx's “Das Kapital” for the musical stage. It didn’t need to be done, it defies logic—it shouldn’t work—but it’s done, and it does.

Miss: It’s bulky. This is the heaviest 911 you can configure, plus it has things like a power-operated windscreen. It’s the poseur’s 911. But what a pose!

Hit and miss: It’s also expensive. At $234,570, this Gentian Blue Cabrio has truffle brown leather, a sport exhaust and a sport suspension, cooled seats, 930-esque seat stitching, LED headlights, Burmester audio, and a front-axle lift. One of us dubbed it “light-spec.” Maybe I’m trash, but this version of me would spend more if only Porsche found a way to securely wedge in a refrigerator and crystal barware.

Hit: The best mood stabilizer that doesn’t require FDA approval. Sure, a Panamera makes a better rolling office; even with the top up the voice recognition in the 911 cockpit is dicey. A Taycan has electric-car cachet; the Turbo S Cab barely turns in 17 mpg combined. So what? A 911 Turbo S Cabriolet like this one has the unerring ability to shoo away the clouds and turn on the sun, even now that the COVID traffic lull has been put to bed. The few times I slow down I smell the magnolias now in full bloom, and smirk at the Trump/Pence signs that have begun to fade. Summer isn’t coming. It’s here.

The hits: Straight-line zeal, winding-road aplomb...tbh we ran out of bullet points here