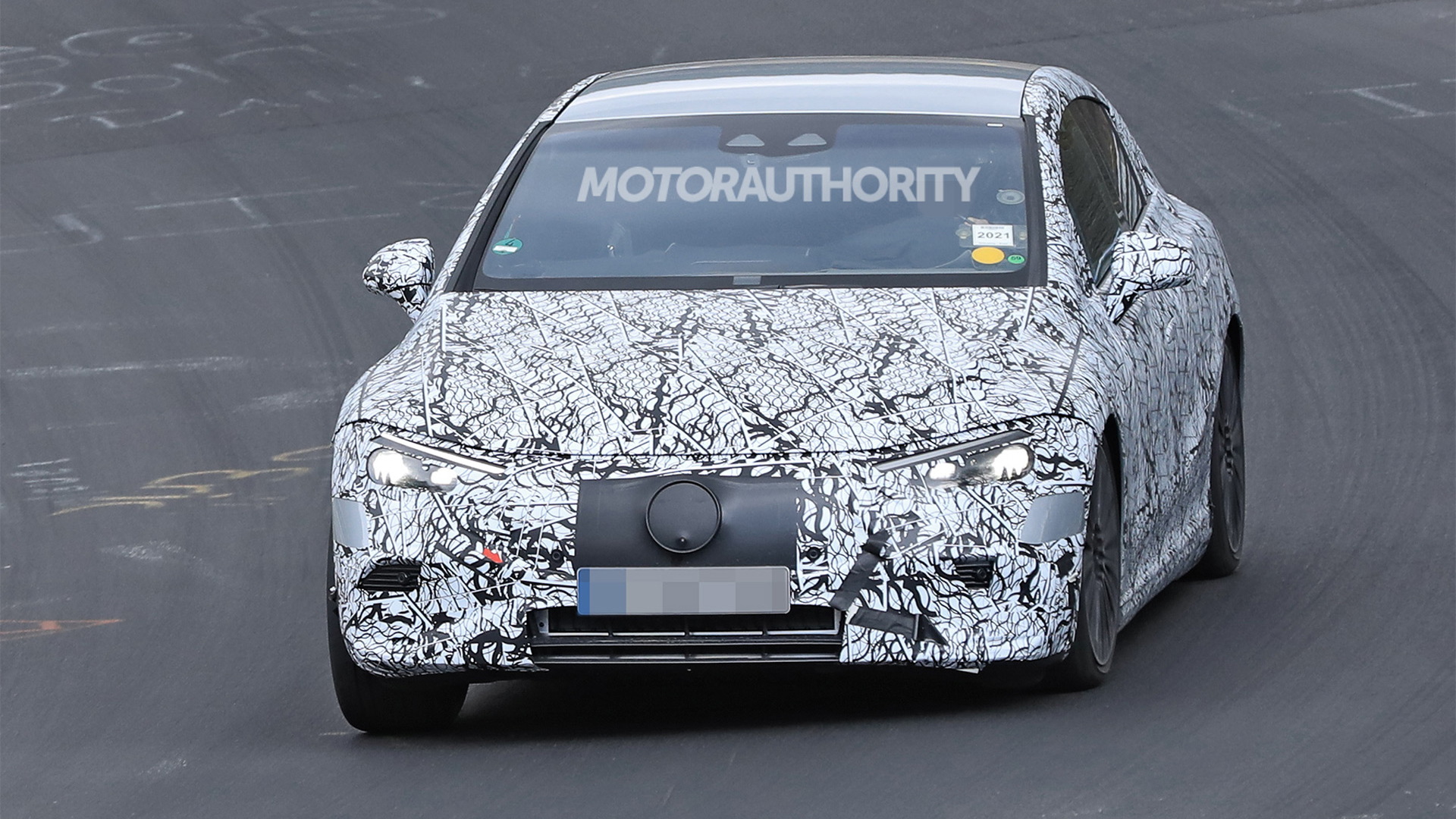 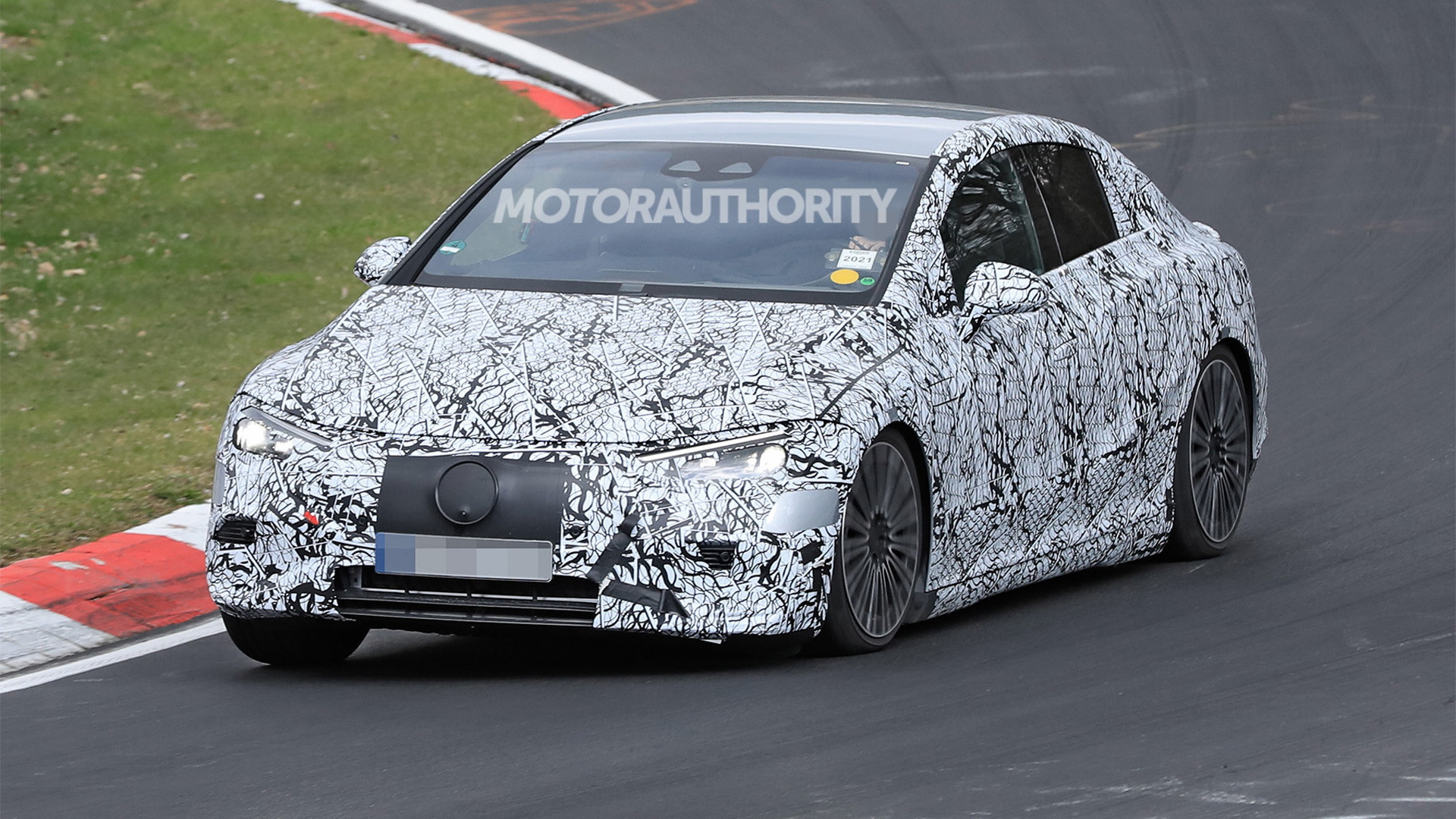 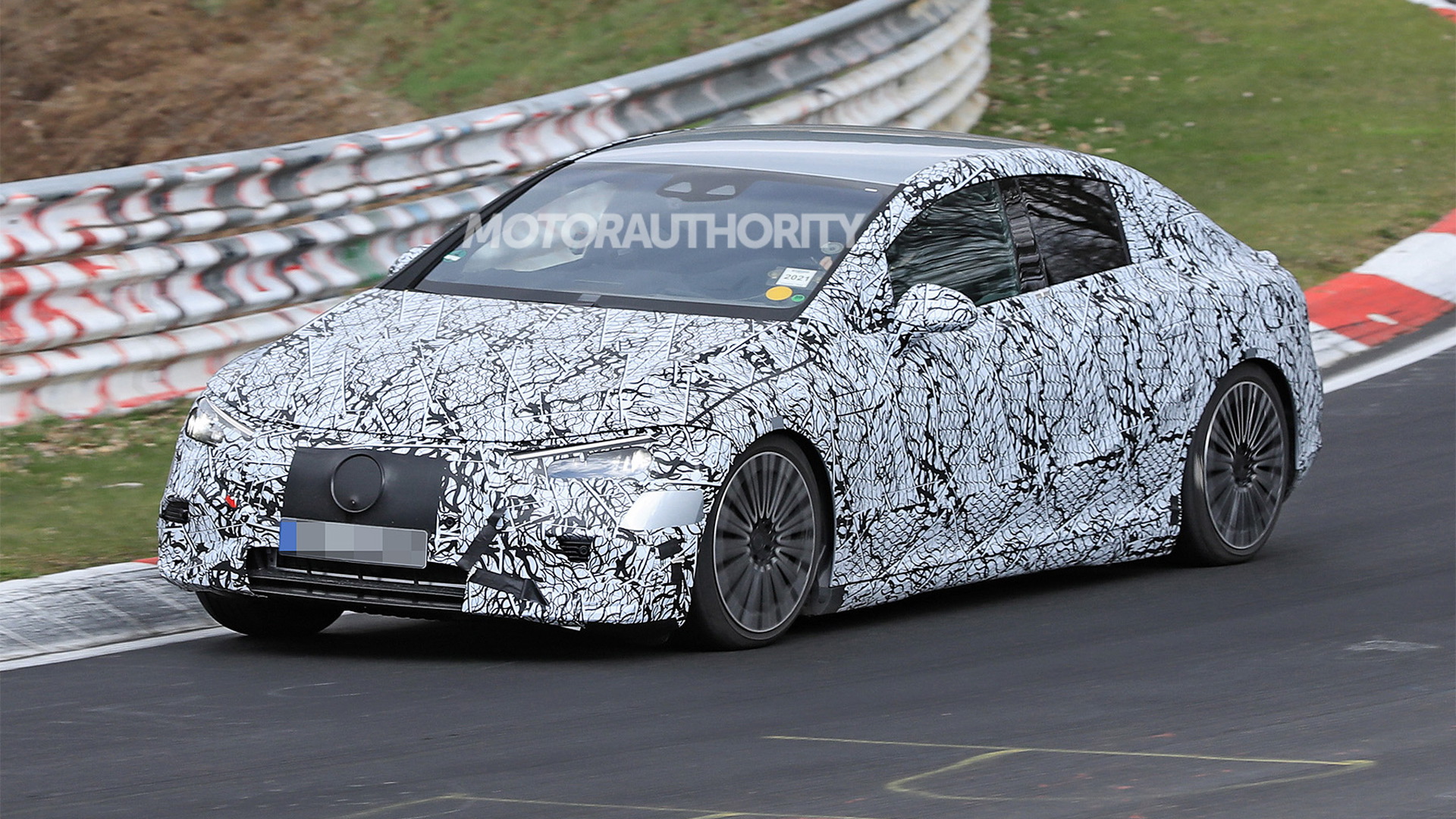 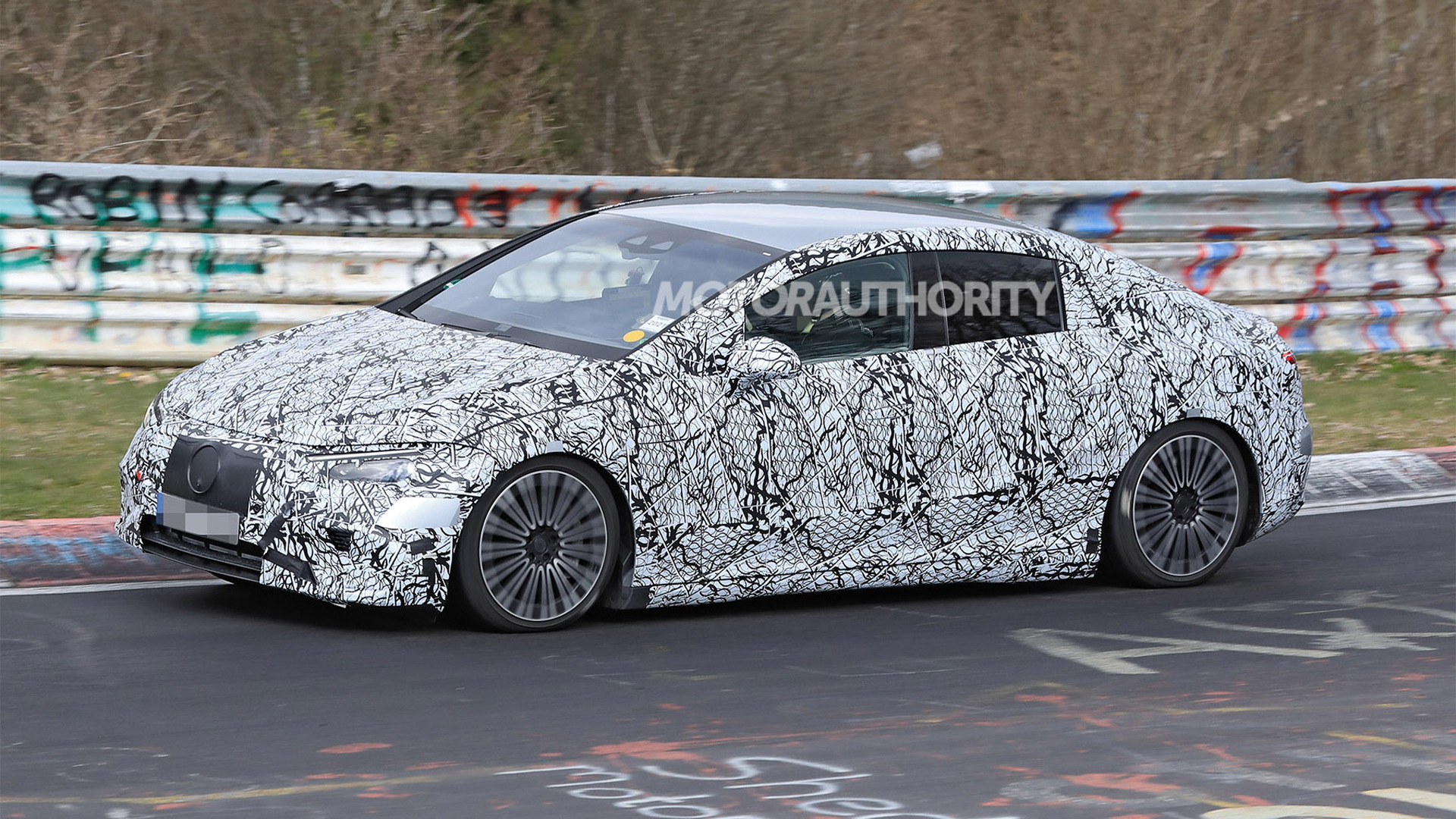 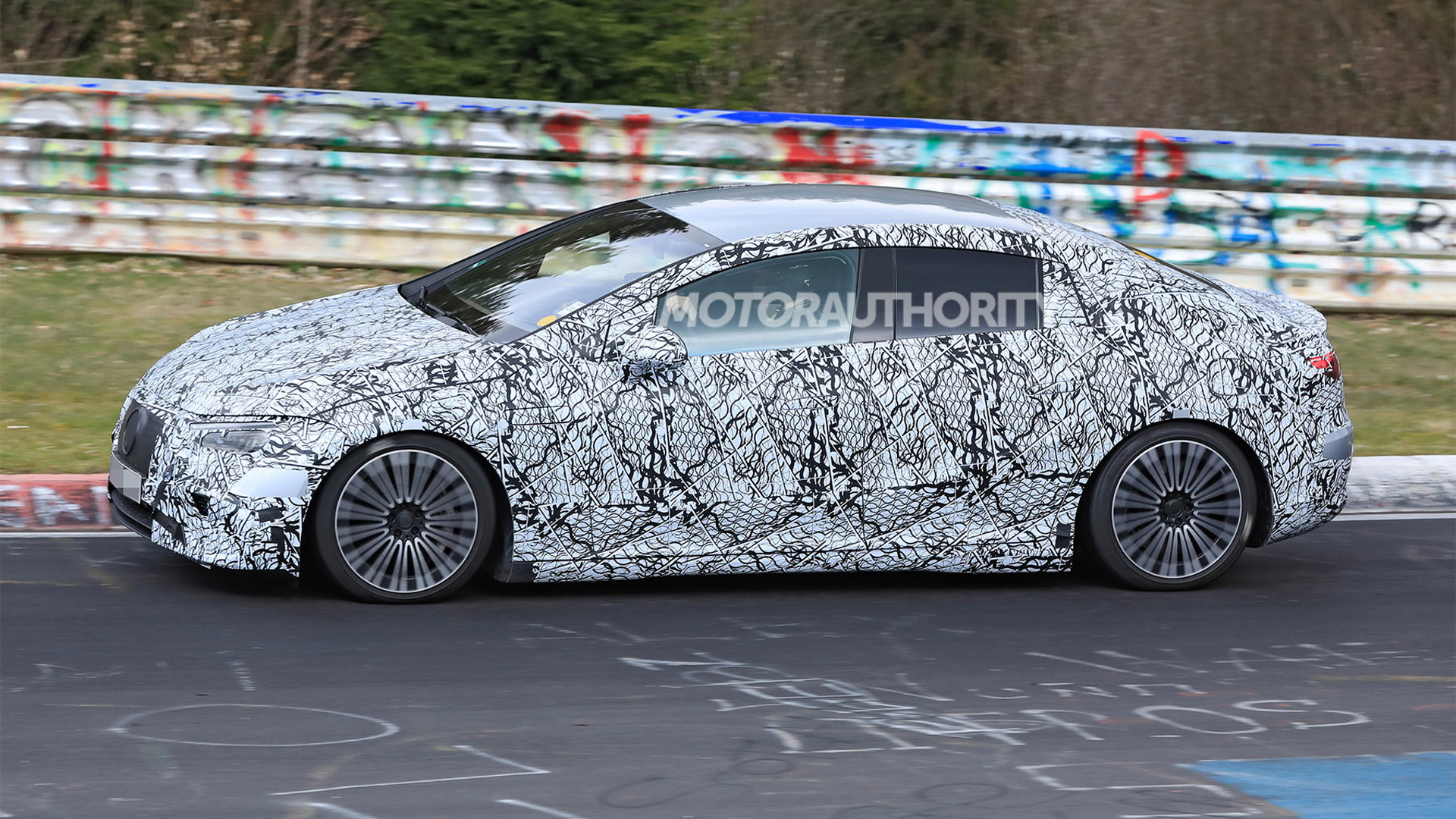 Mercedes-Benz is out testing a mid-size electric hatch to be called an EQE.

Set for a debut later this year, the car is essentially a little brother to the full-size EQS revealed in April.

The latest spy shots and video reveal much more detail than before and show that the EQE will be styled very close to the EQS.

Although the EQE will be similar in size externally to an E-Class, its interior should be much roomier. This will be due to packaging advantages of the dedicated EV platform underpinning it, referred to internally as EVA.

The EVA platform made its debut in the EQS and will also underpin EQE- and EQS-based crossovers. All previous EVs from Mercedes have featured modified versions of platforms originally developed for internal-combustion cars.

The EVA platform features a 400-volt electrical system which will enable charging at rates up to 200 kilowatts. This will mean around 150 miles of range can be added in 15 minutes of charging.

It isn't clear how much battery capacity and power the EQE will offer. In the larger EQS, the battery is a 108-kilowatt-hour unit capable of delivering about 400 miles of range. We also know the EQS offers up to 516 hp, with an AMG variant expected to lift that to 630 hp.

With the EQE set to debut this year, it's likely the hatch will arrive at dealerships as a 2022 model.