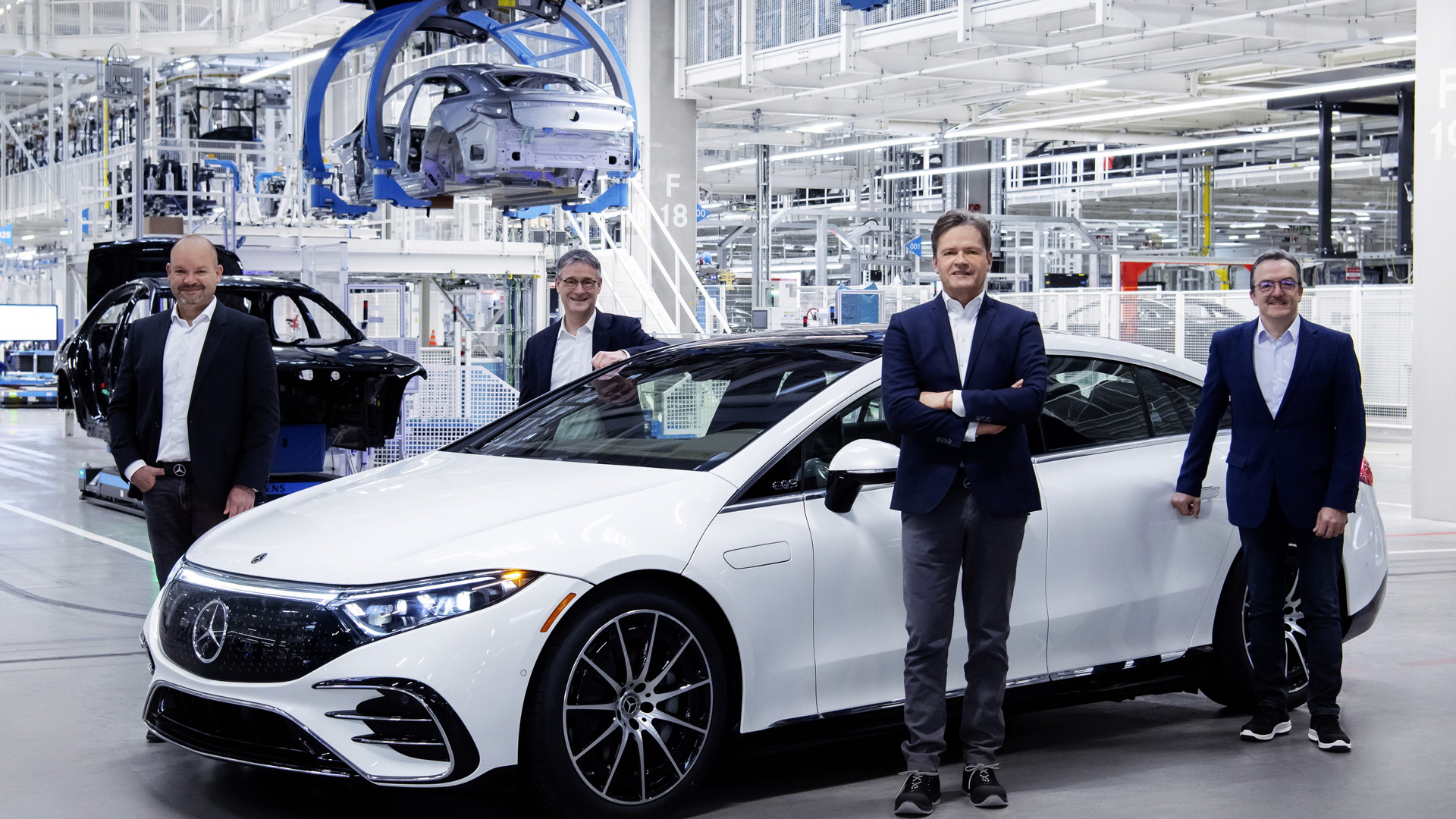 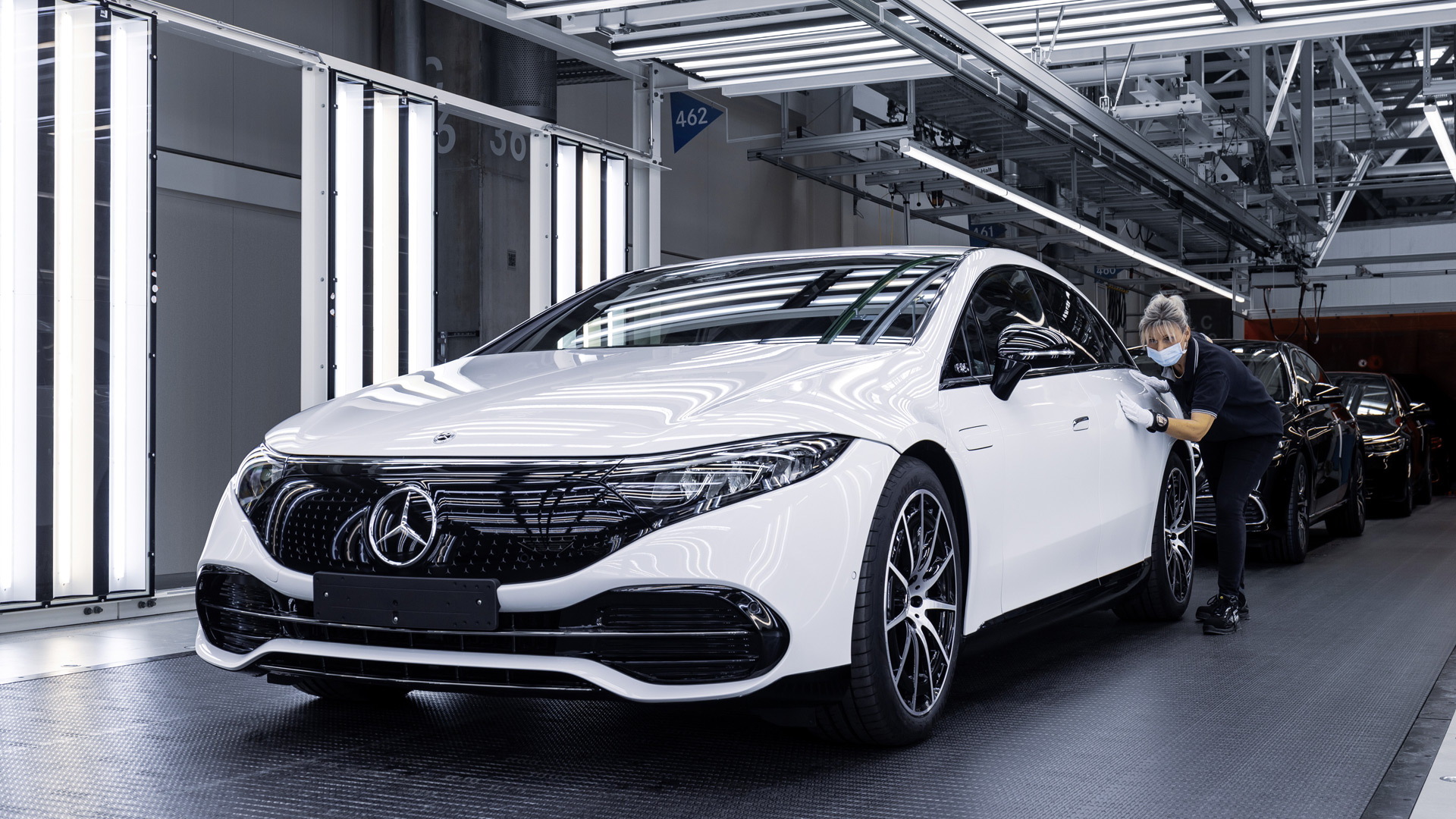 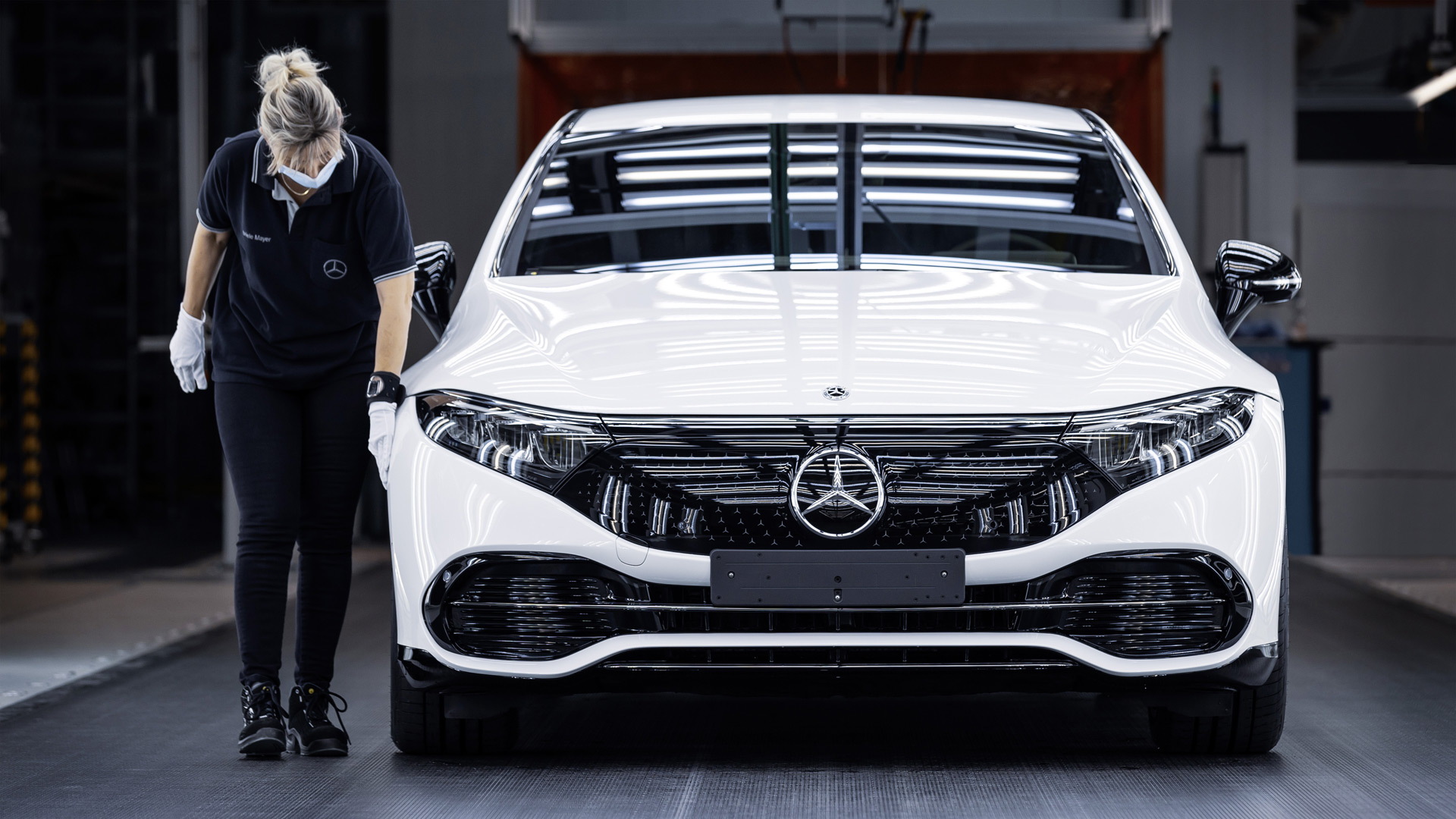 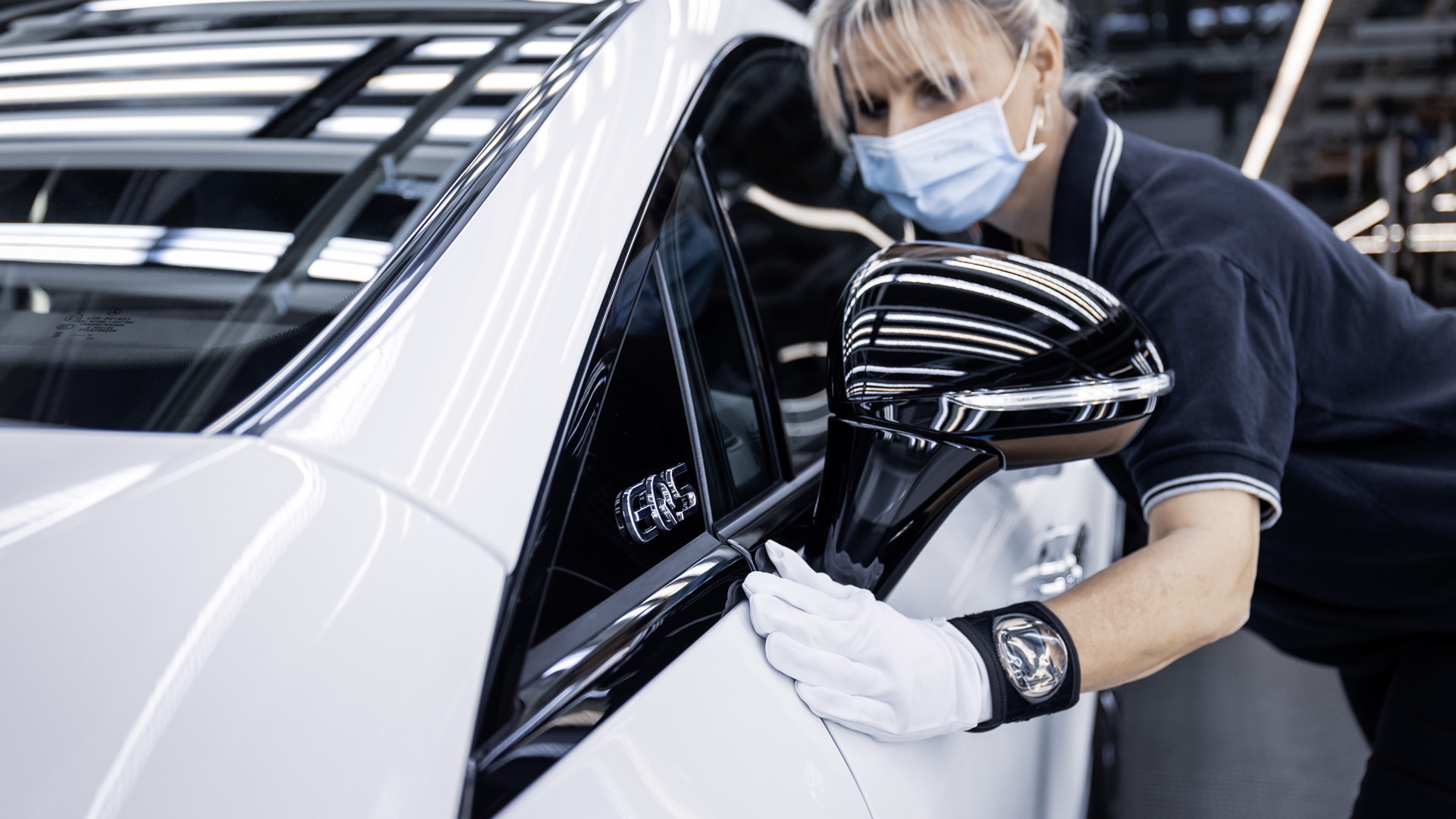 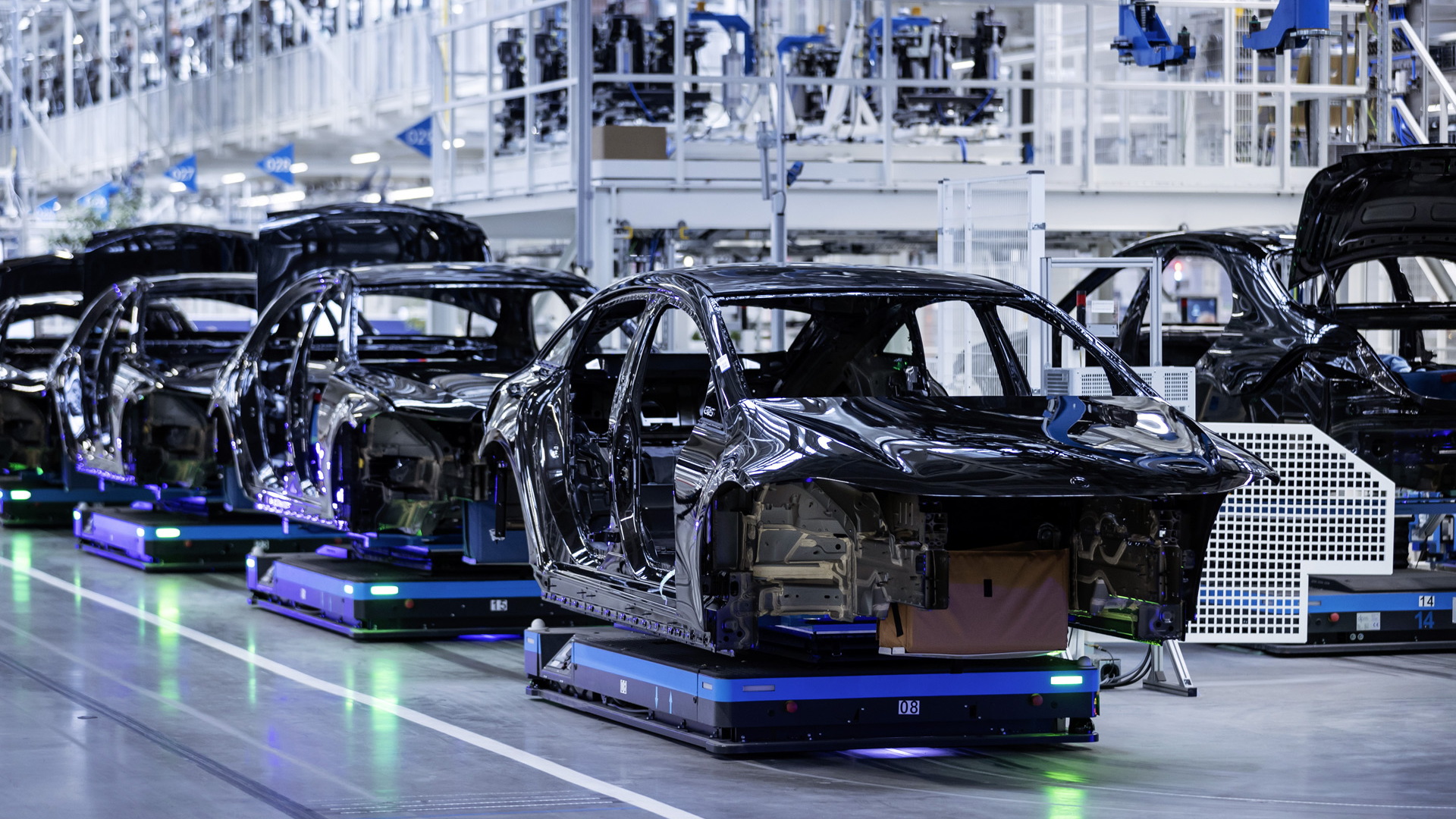 Although Mercedes-Benz was relatively early to the electric-vehicle game with its B-Class and SLS AMG Electric Drive models launched a decade ago, as well as an investment in Tesla before it went public, the German auto giant has had a rocky start when it comes to volume EVs.

There was the EQC originally due here in 2020, though the small crossover is now off the table indefinitely. Fortunately things are about to change for the better. Mercedes in April revealed its first dedicated EV, the 2022 EQS, and confirmed it for sale in the United States this fall.

On Wednesday the first customer examples started rolling off the line at a modern plant in Sindelfingen, Germany, close to where Mercedes' headquarters are located. Known as Factory 56, the flexible plant came online last year with the start of production of the 2021 S-Class. Here Mercedes can build gasoline, hybrid and electric vehicles all on the same line. The plant also has a high level of automation and draws about 30% of its energy usage from solar energy.

The start of production of the EQS is significant as it marks a major turning point for Mercedes. While all previous EVs from the automaker are based on platforms originally developed for internal-combustion engines, the EQS rides on a dedicated EV platform, referred to internally as EVA.

A dedicated EV platform allows more battery capacity to be installed. In the EQS, there's a lithium-ion battery with 108 kilowatt-hours of capacity. This is expected to give the big sedan a range approaching 400 miles on a charge. Production of the battery is handled at Mercedes' plant in Hedelfingen, located just outside of Stuttgart, Germany, initially using cells supplied by CATL.

There will be two EQS variants available at launch. There will be a base EQS 450+ with 328 hp and rear-wheel drive and a more powerful EQS 580 4Matic with 516 hp and all-wheel drive. Maybach and AMG versions are also planned, with prototypes for the AMG already spotted testing. The car is expected to pack over 600 hp.

Pricing information for the EQS will be announced closer to the market launch.

Beyond the EQS, U.S. buyers can look forward to the GLB-Class-based EQB in 2022. There will also be an EQE sedan sharing a platform with the EQS, and crossover versions of both the EQE and EQS. The crossovers will be built at Mercedes' plant in Tuscaloosa, Alabama, starting in 2022.