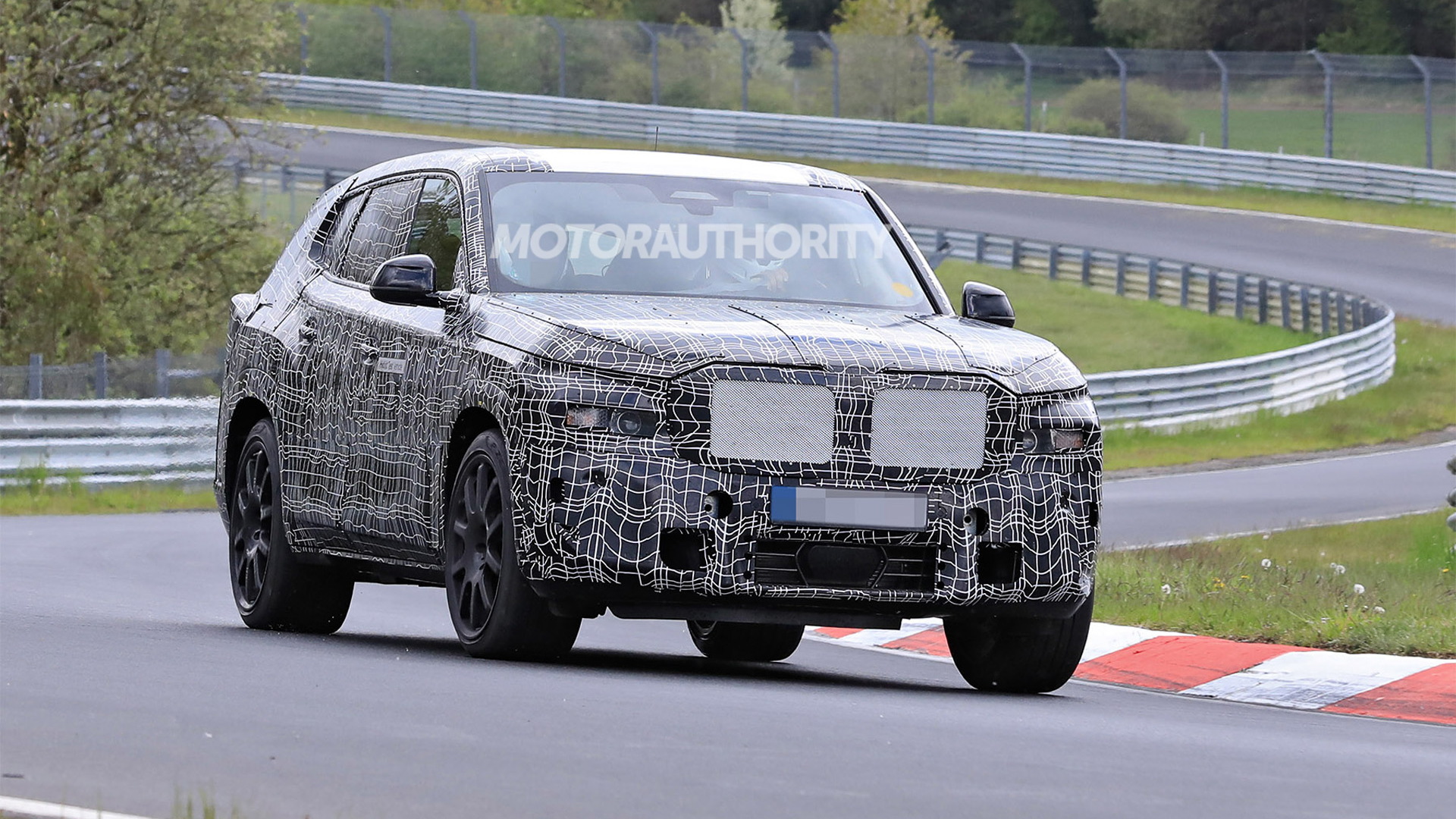 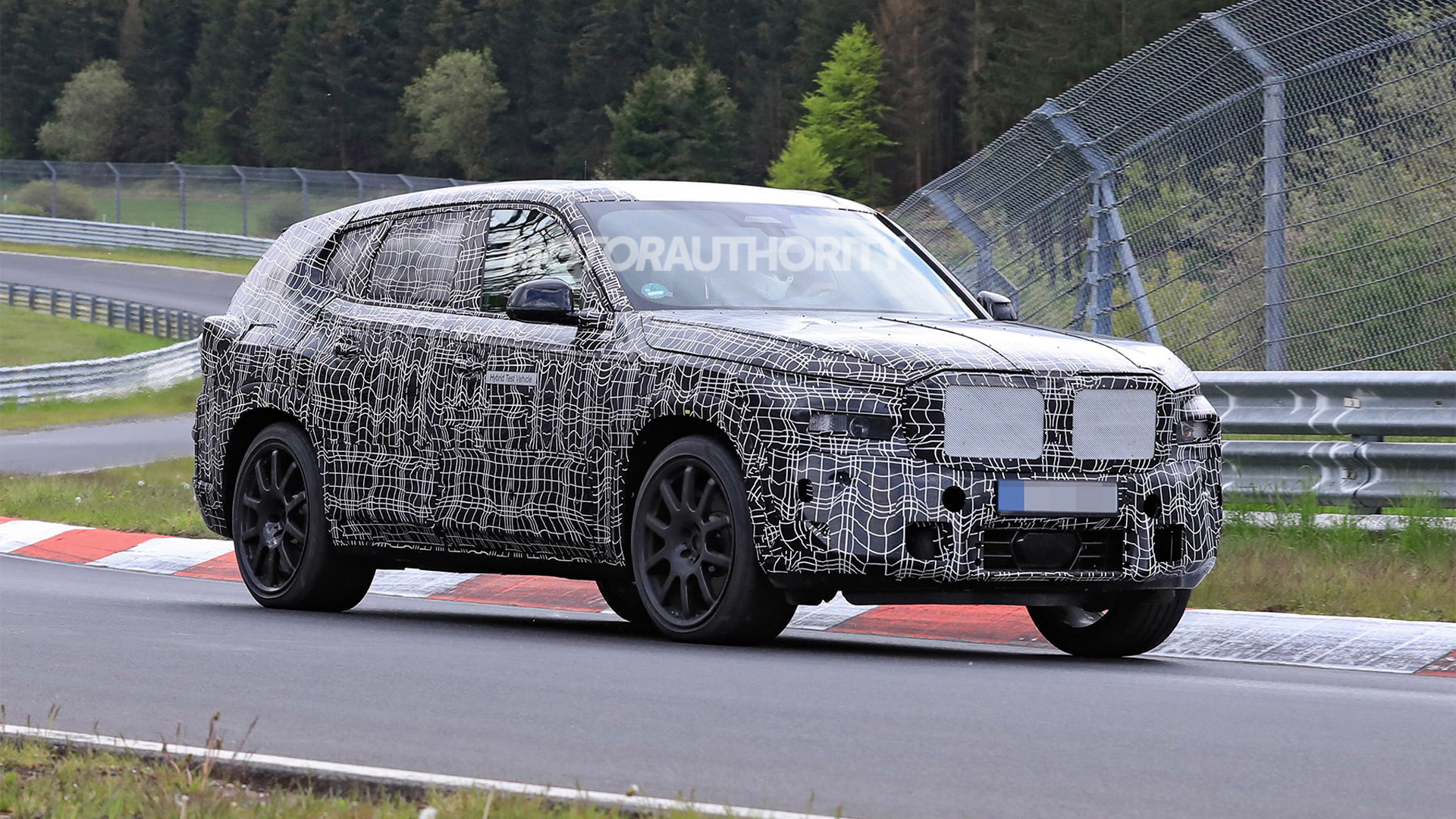 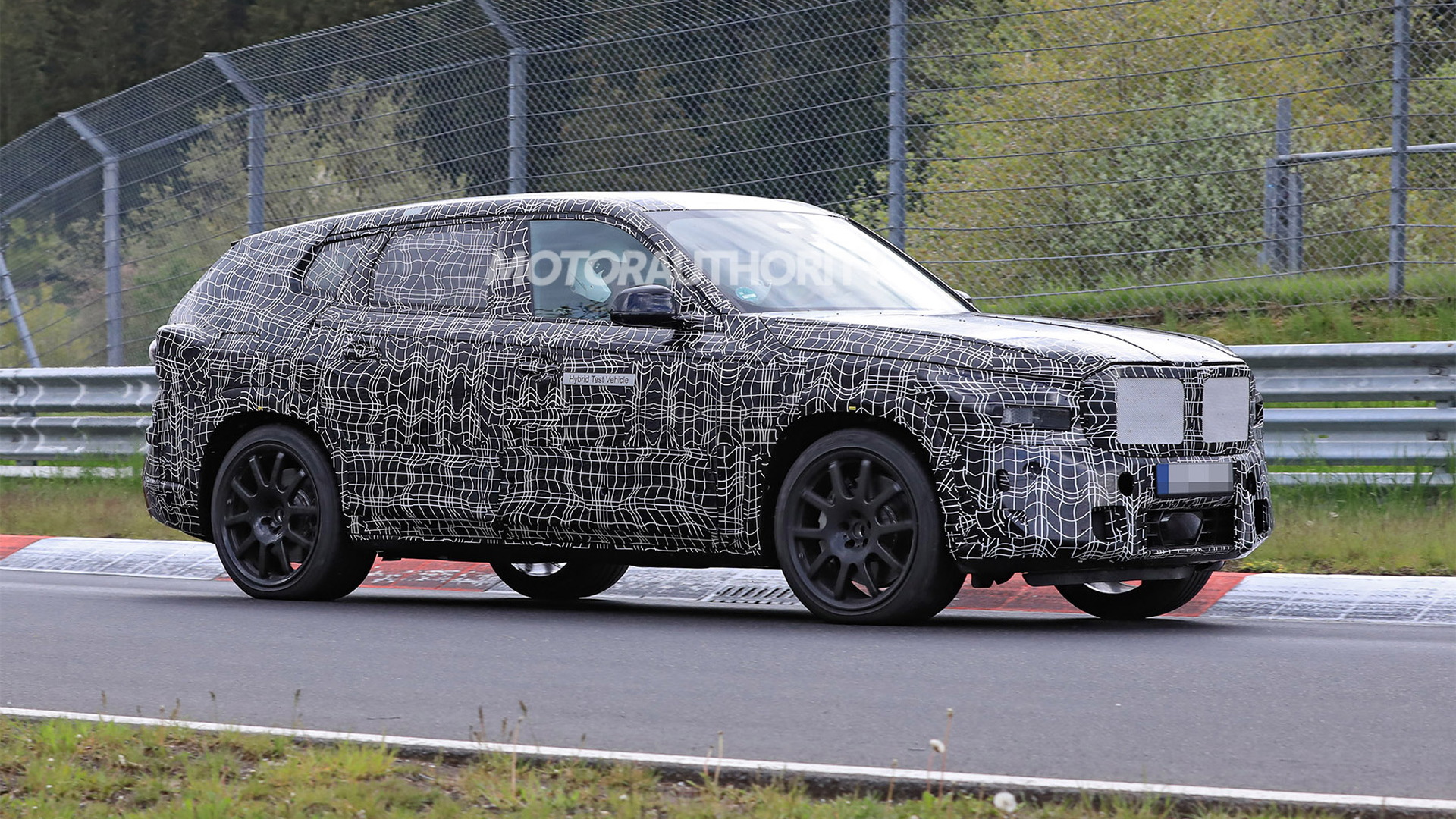 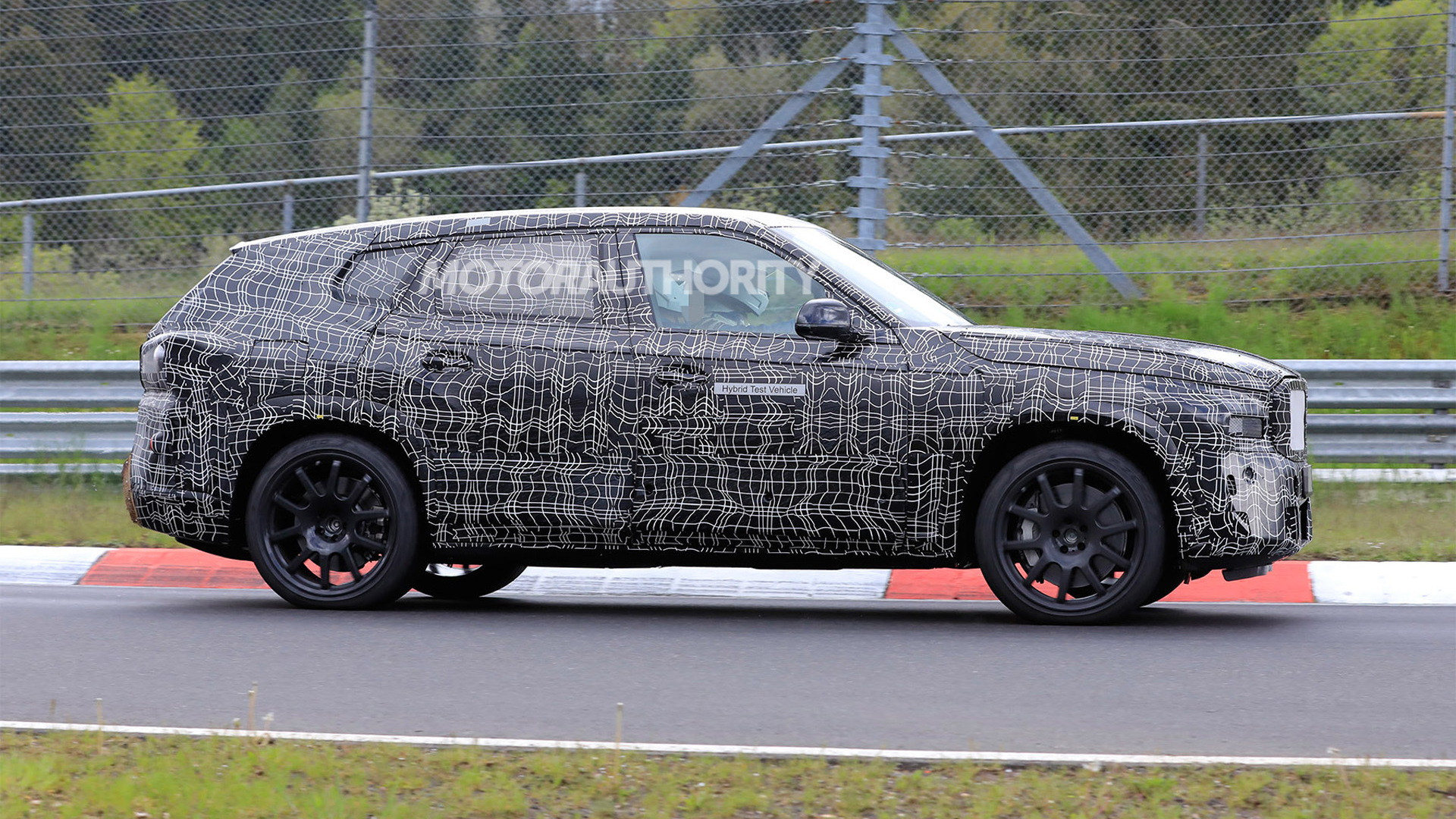 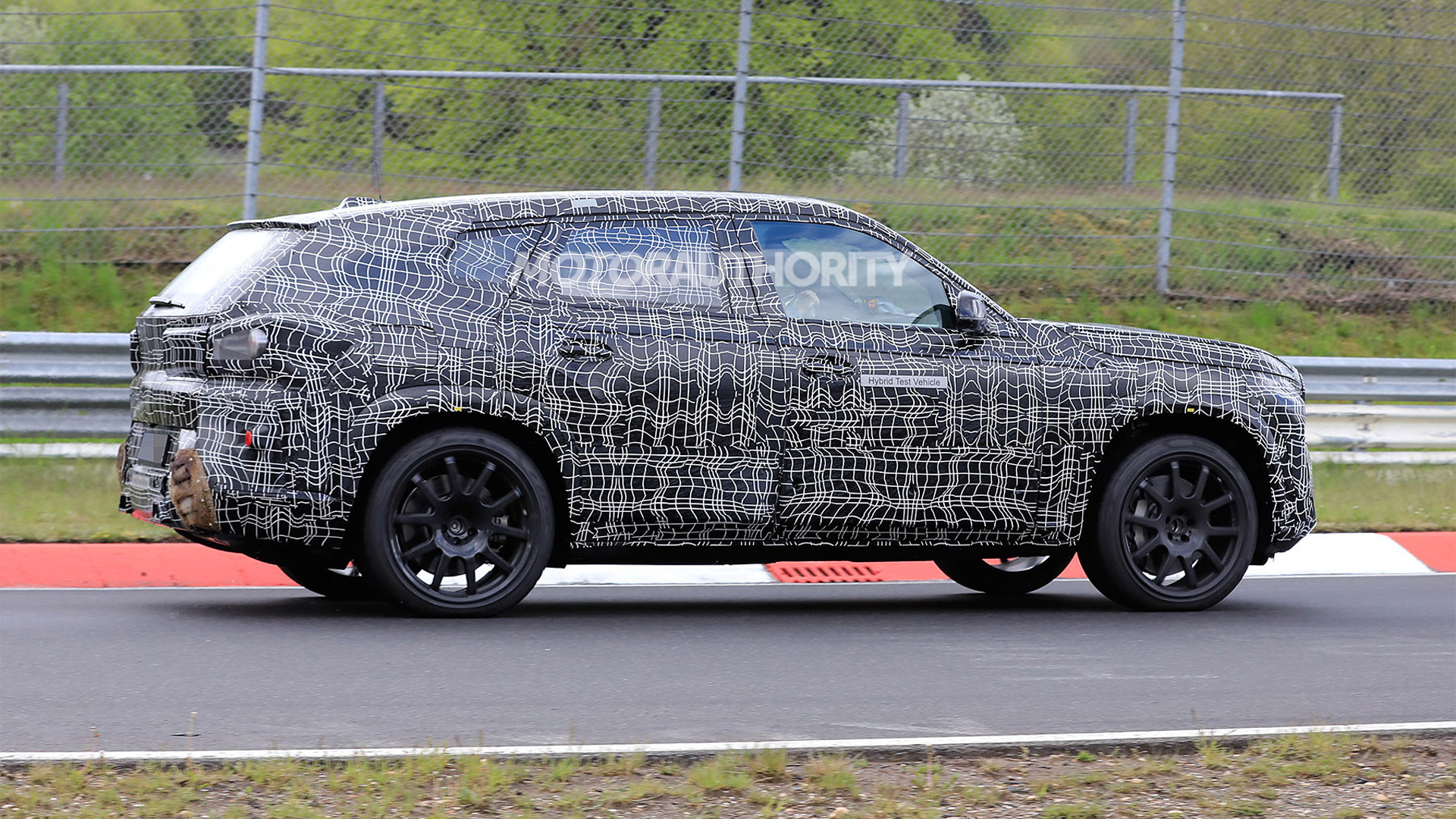 Rumors of a new BMW crossover positioned above the X7 have persisted for years and now we have evidence that one is in fact coming.

A prototype for the new flagship crossover has been spotted, and it reveals that designers have adopted the lower and flatter roof of the X2 for the vehicle, as opposed to the high roof of the X5 and X7, or coupe-like roof of the X4 and X6.

Such a roof design results in a dynamic look while maintaining headroom for rear-seat passengers, which is an important factor in the Chinese market where a large number of the crossovers will end up. Don't be surprised if there's also an option of two executive-style seats in the rear instead of the standard three-seat bench, once again to cater to the Chinese market.

The name X8 is likely attached to the upcoming crossover given the discovery of a trademark filing for “X8” with the United States Patent and Trademark Office as early as 2016. An X8 M version is also coming and is expected to pack an electrified V-8 delivering close to 750 hp. There are rumors that the X8 M version will be the sole model on offer, possibly badged an X M, which would make the crossover a standalone model for the M division, though we'll have to wait and see.

We can see that the prototype in our spy shots is a hybrid, specifically a plug-in hybrid as evidenced by a cover for a charging port on the driver's side front fender. For any base model, the powertrain is likely to be a version of the 3.0-liter inline-6 and single electric motor setup that features in the 7-Series' 745e variant. It's good for 389 hp and 442 lb-ft of torque.

Underpinning the vehicle is the same high-riding version of BMW's CLAR modular platform found in the X7. The two crossovers are also likely to share styling cues, as prototypes for an updated X7 (shown below) with similar styling to this X8 have been spotted. Both look to feature low-set headlights, a design destined for a redesigned 7-Series due about the same time as the X8 and updated X7.

We should see all three BMW flagships arrive around 2022, meaning they'll likely arrive as 2023 models. The X8 will compete with mid- to full-size luxury crossovers like the Audi Q8 and Land Rover's Range Rover and Range Rover Sport duo.

Production will almost certainly take place on the same line as the X7 at BMW's plant in Spartanburg, South Carolina. And as for pricing? Don't expect much change from $100,000 once a few basic options are added.