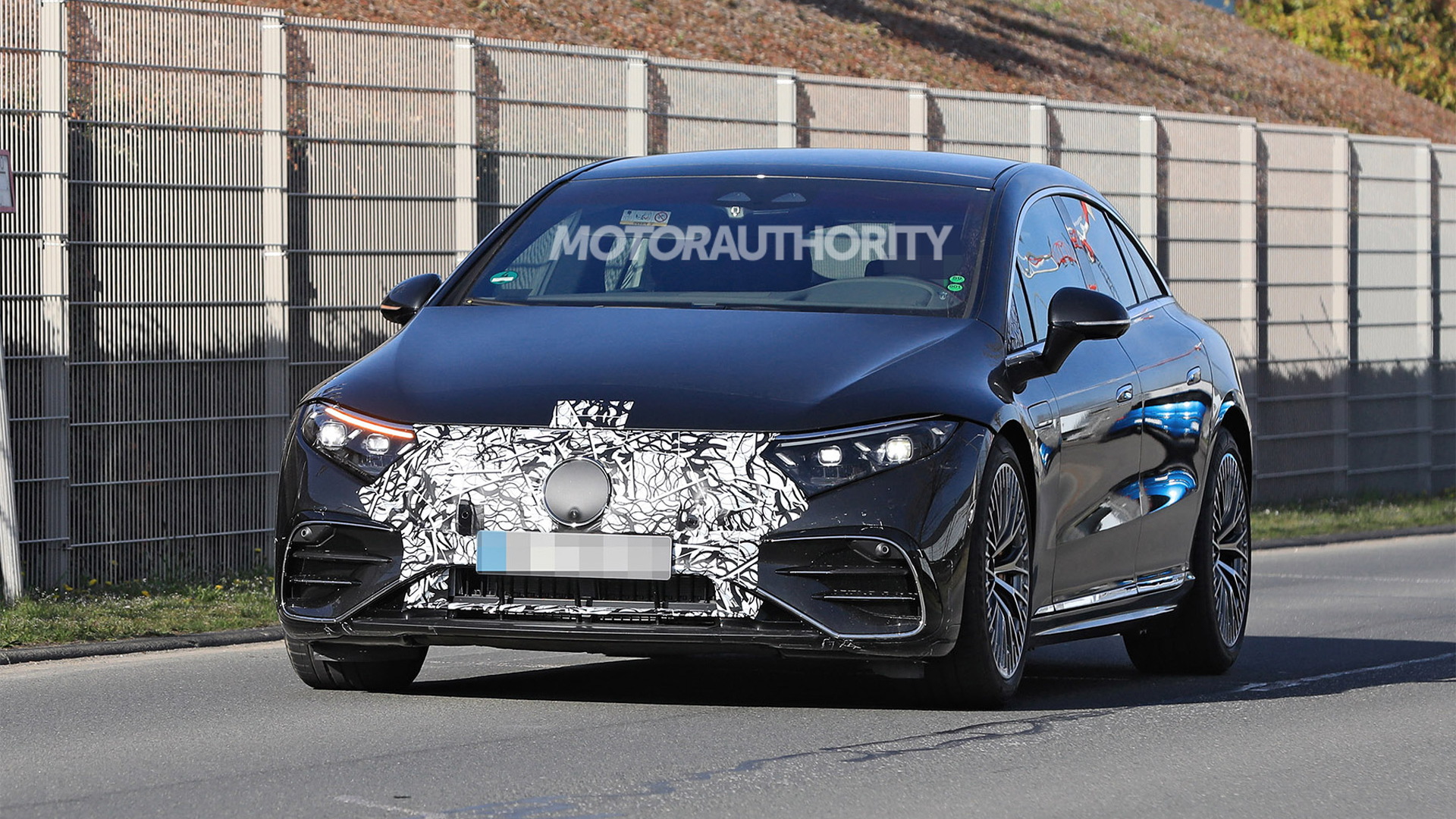 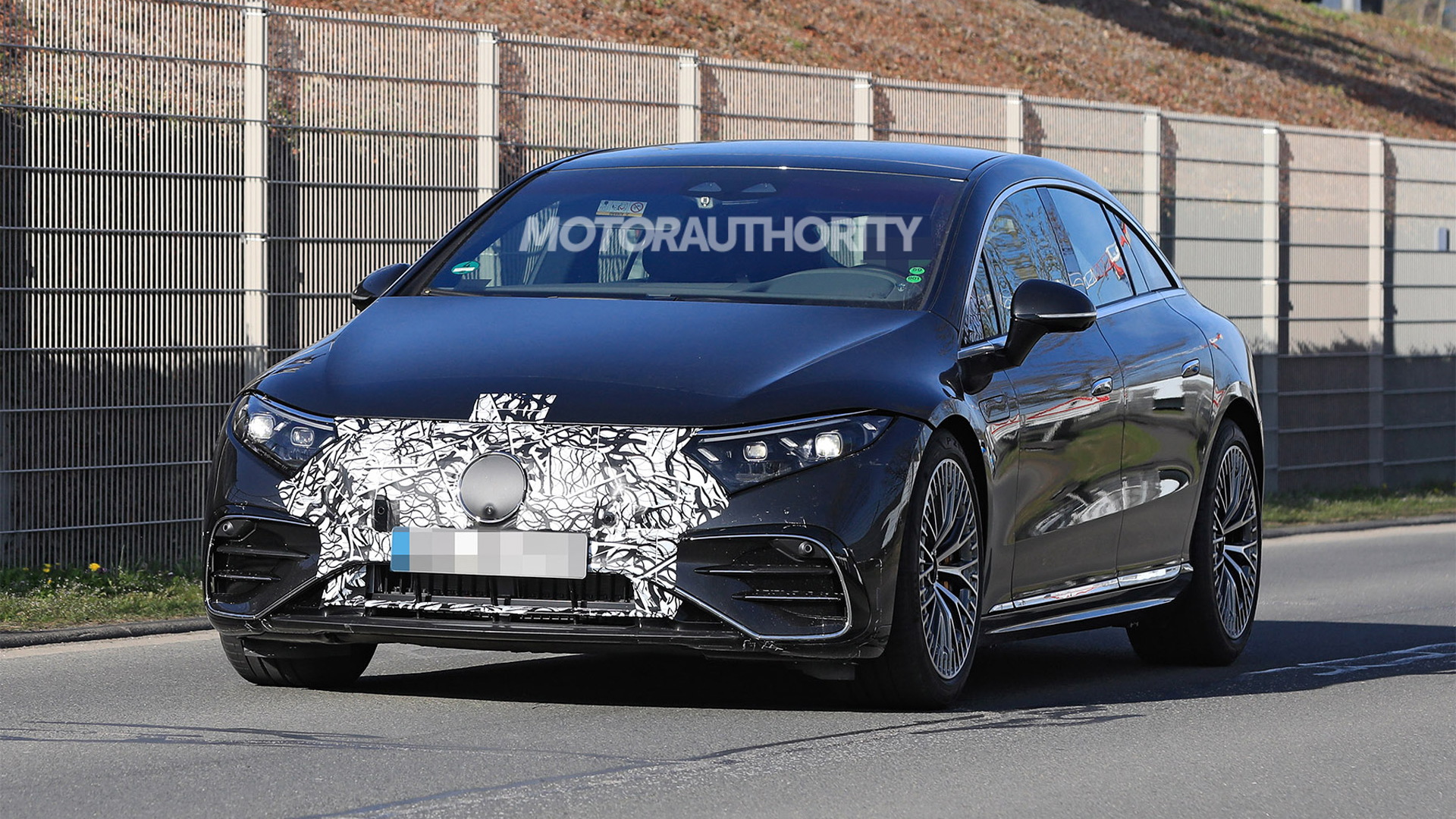 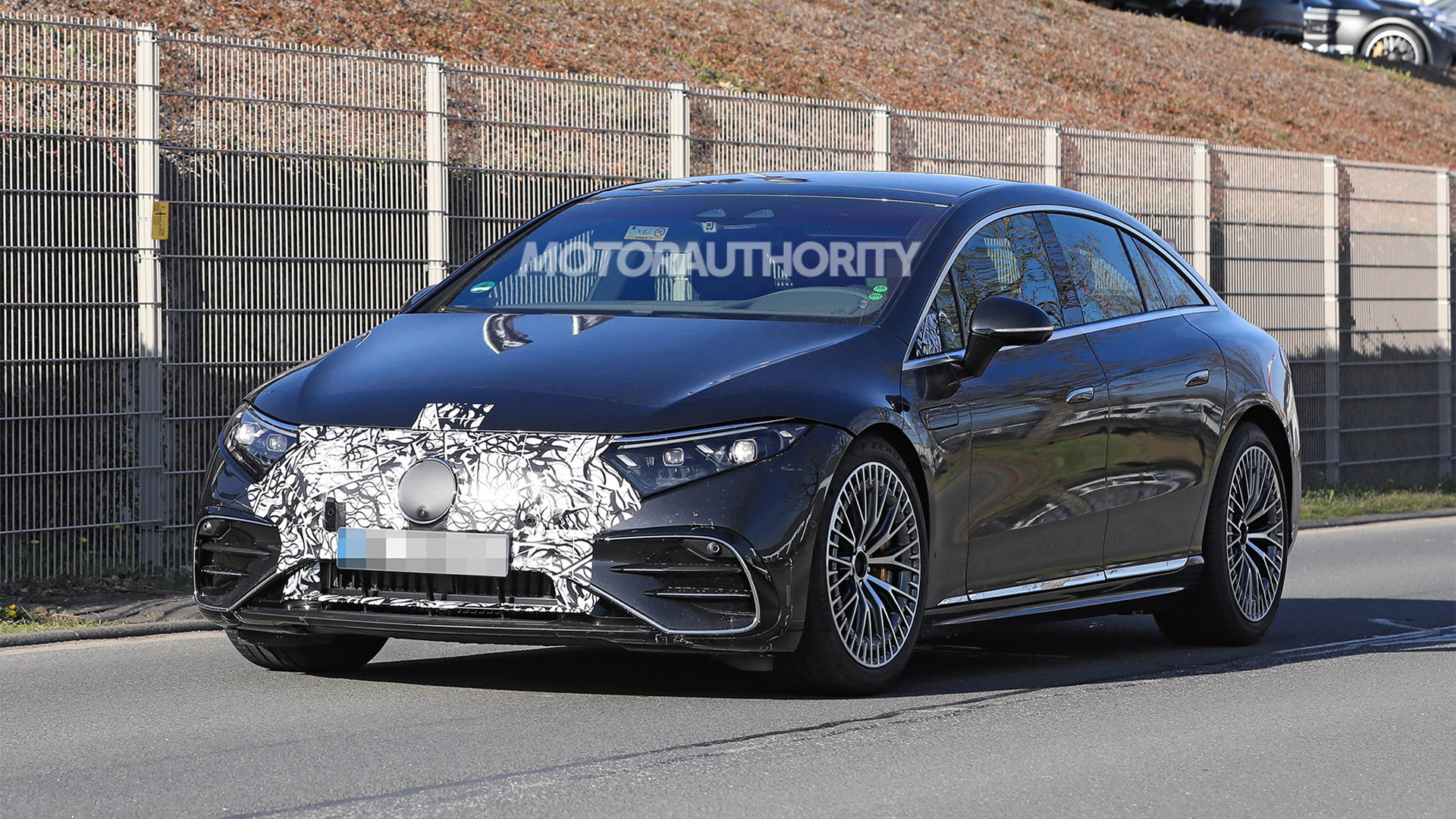 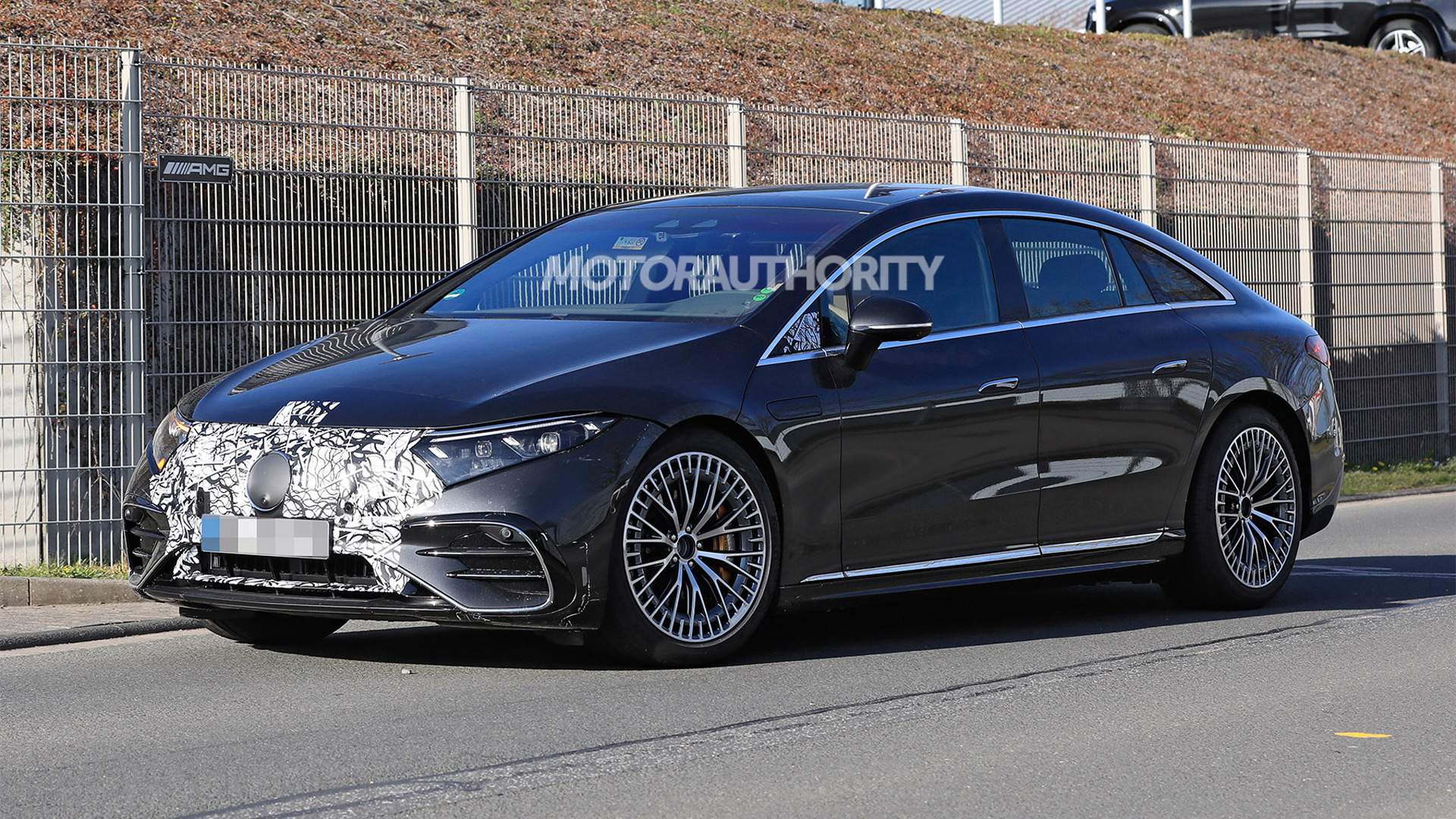 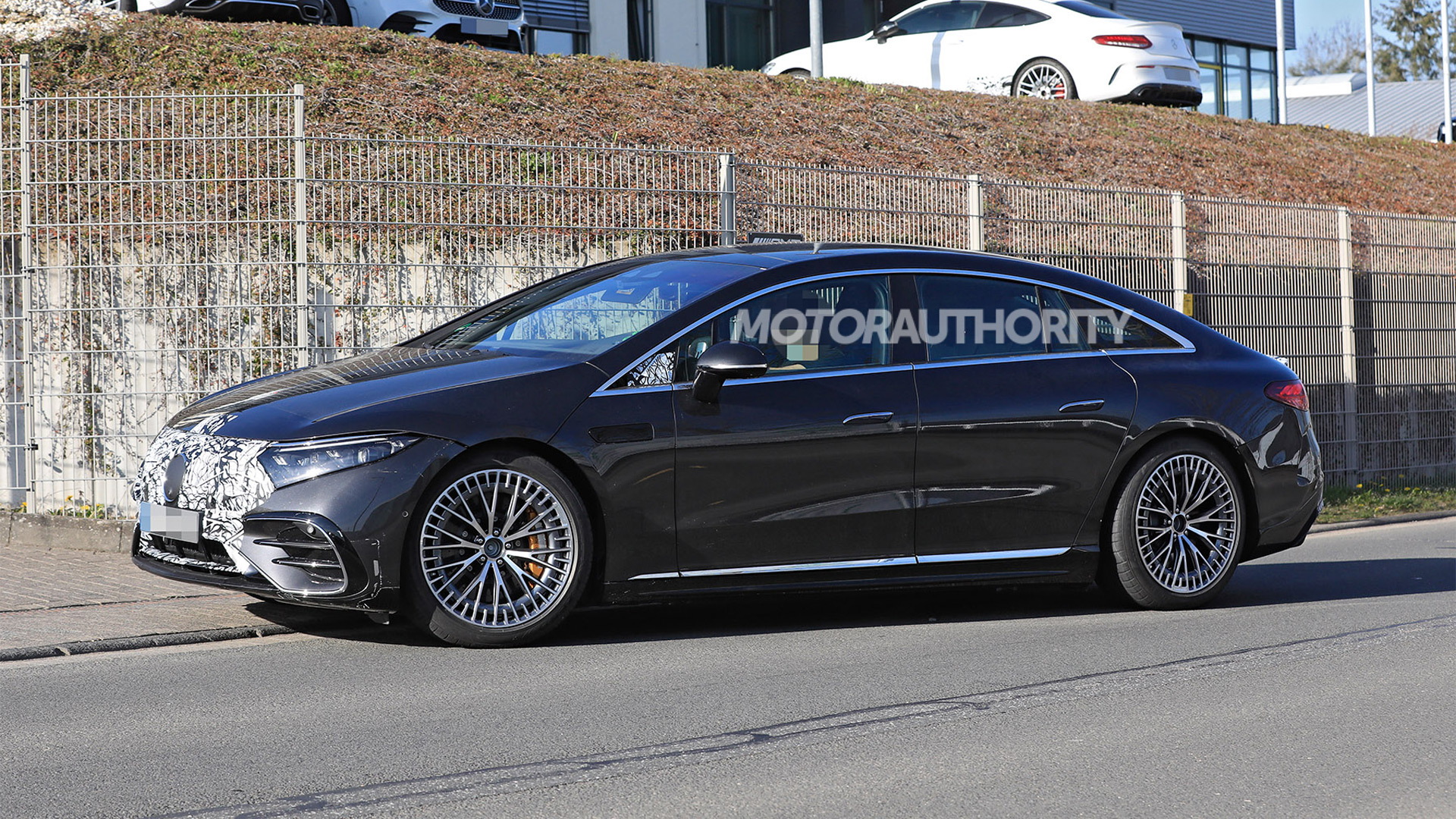 A prototype for Mercedes-Benz AMG's first dedicated electric vehicle has been spotted testing ahead of the reveal later this year.

First announced by Mercedes in March during a presentation outlining its electrification strategy for the coming years, the AMG dedicated EV will be variant of the recently revealed 2022 EQS hatchback. 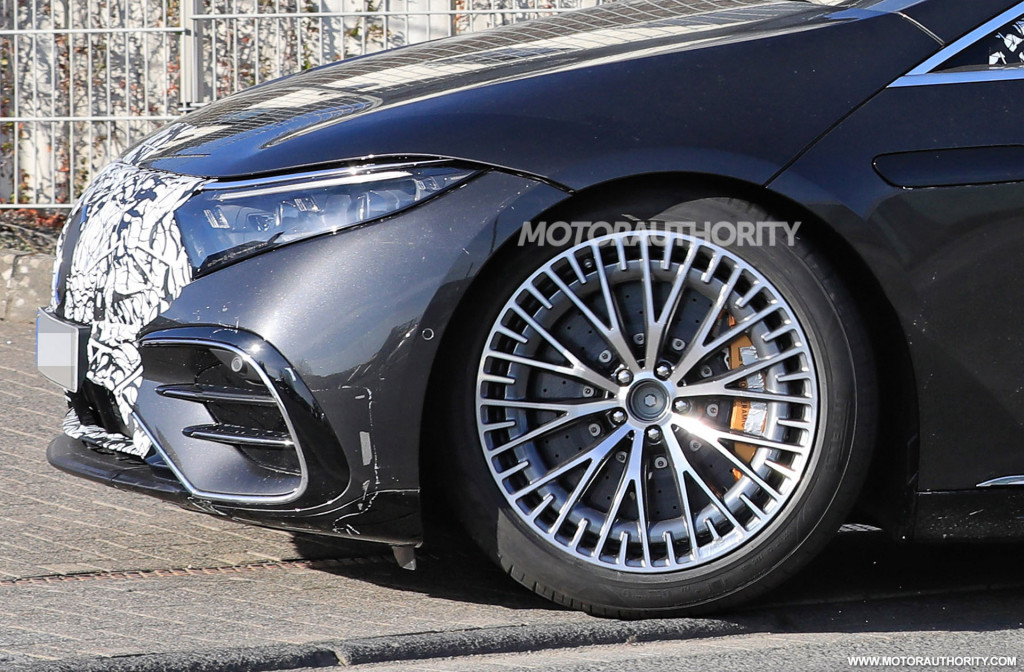 This prototype may look like one of the many testers for the regular EQS, but if you look a little closer you'll notice carbon-ceramic brake rotors. It also looks like the ride height has been lowered, while the camouflage gear at the front is likely concealing AMG's own take on the EQS's faux grille.

AMG's tuned EQS won't be a heavy hitter like the 63 series. Rather, it will sit in AMG's first rung of performance like the current batch of 35- and 53-series cars. It will still be plenty fast, though. We know there will be an electric motor at each axle to form an all-wheel-drive system with highly precise torque vectoring. We also know the motors will rev to 18,000 rpm. 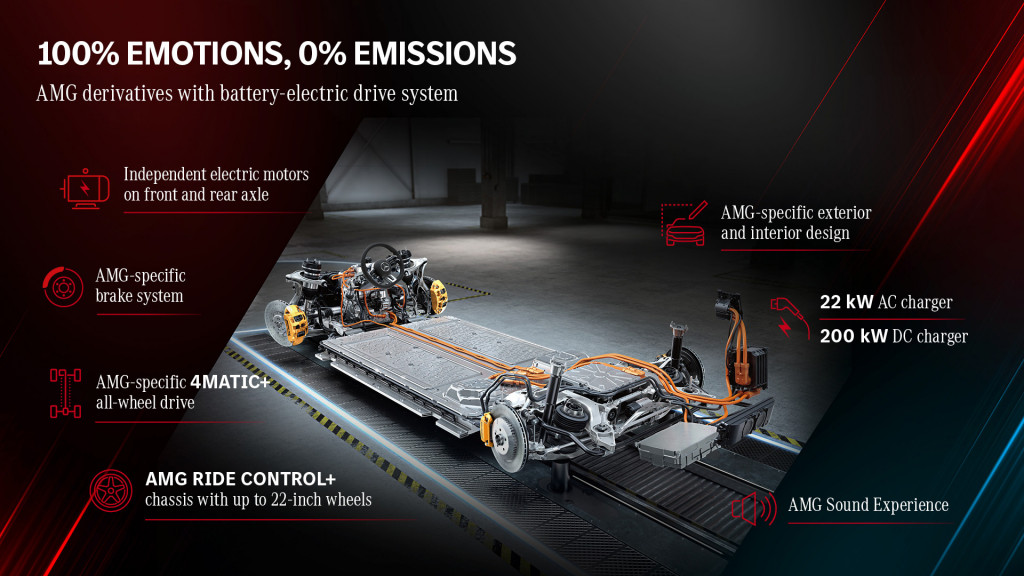 According to AMG, the performance on offer from its first dedicated EV will be comparable to its current V-8 lineup. We were also told at the EQS launch that a version with 630 hp was coming. Such an output should enable 0-60 mph acceleration in well under four seconds and a top speed of around 155 mph.

Under AMG's new electrification strategy, future V-8 models will be given a major step up in performance thanks to hybrid technology. We're talking more than 800 hp thanks to a combination of a V-8 and electric drive system. AMG has confirmed that its full lineup will eventually be made of EVs, though only when the technology is ready, which could be more than a decade still. 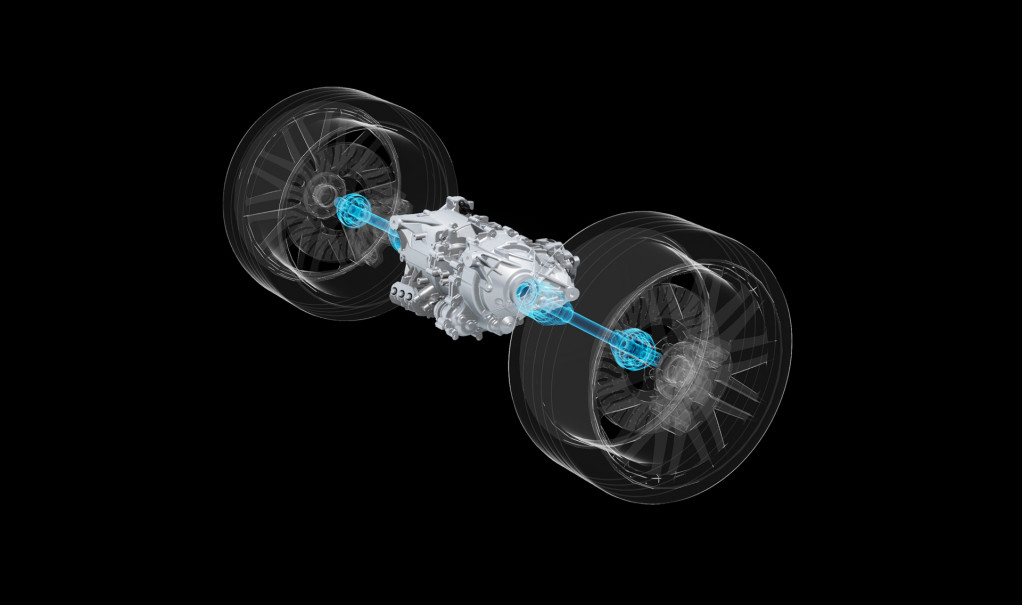 To differentiate its version of the EQS from the regular Mercedes model, AMG will use its own wiring harness for the 400-volt battery, which the tuner said is necessary for the higher performance that will be called upon. AMG will also have its own tuning for the suspension and brakes, including an AMG-exclusive brake energy recovery system using lessons learned from Formula One. Called i-Booster, this system will seamlessly combine energy recovery with hydraulic braking to ensure predictable brake feel on the track. It is also expected to recover much more energy than rival systems.

AMG will also fit its EV with unique styling inside and out, as well as develop a signature sound. This last bit is vital as one of AMG's strong selling points is the sound of its cars. 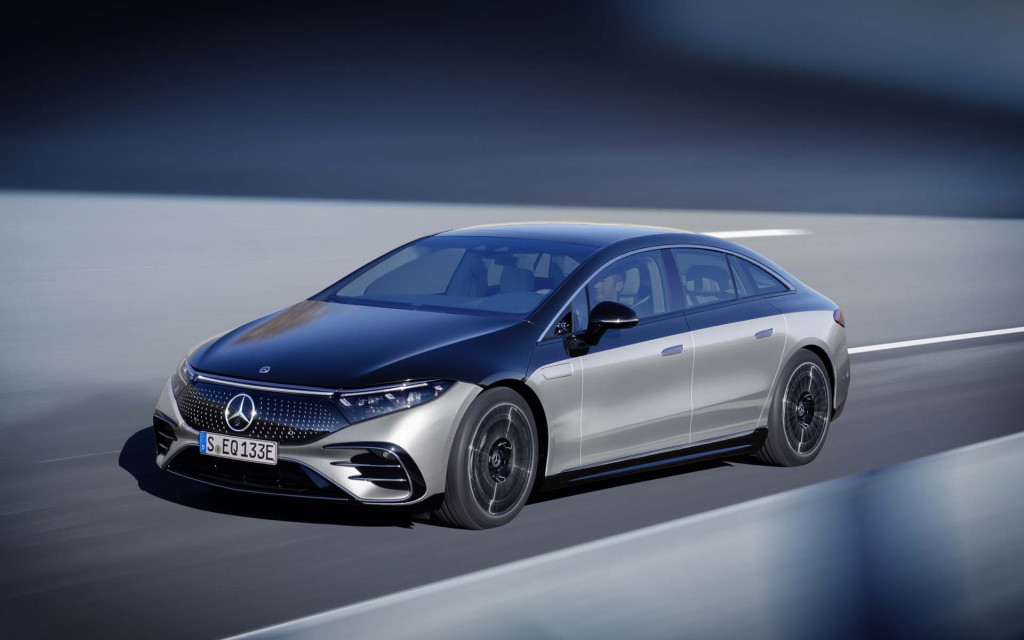 In addition to the EQS, AMG is also likely to launch its own version of the smaller EQE sedan and a planned electric G-Class (likely to be called the EQG). Because of the modular nature of EV technology, these models will likely feature the same or similar specs.

AMG has plenty of experience with battery-electric power. Recall, the Affalterbach tuner first tested the waters in 2014 with the SLS AMG Electric Drive. It was the fastest, most powerful EV on the market at the time thanks to its 740-hp output.