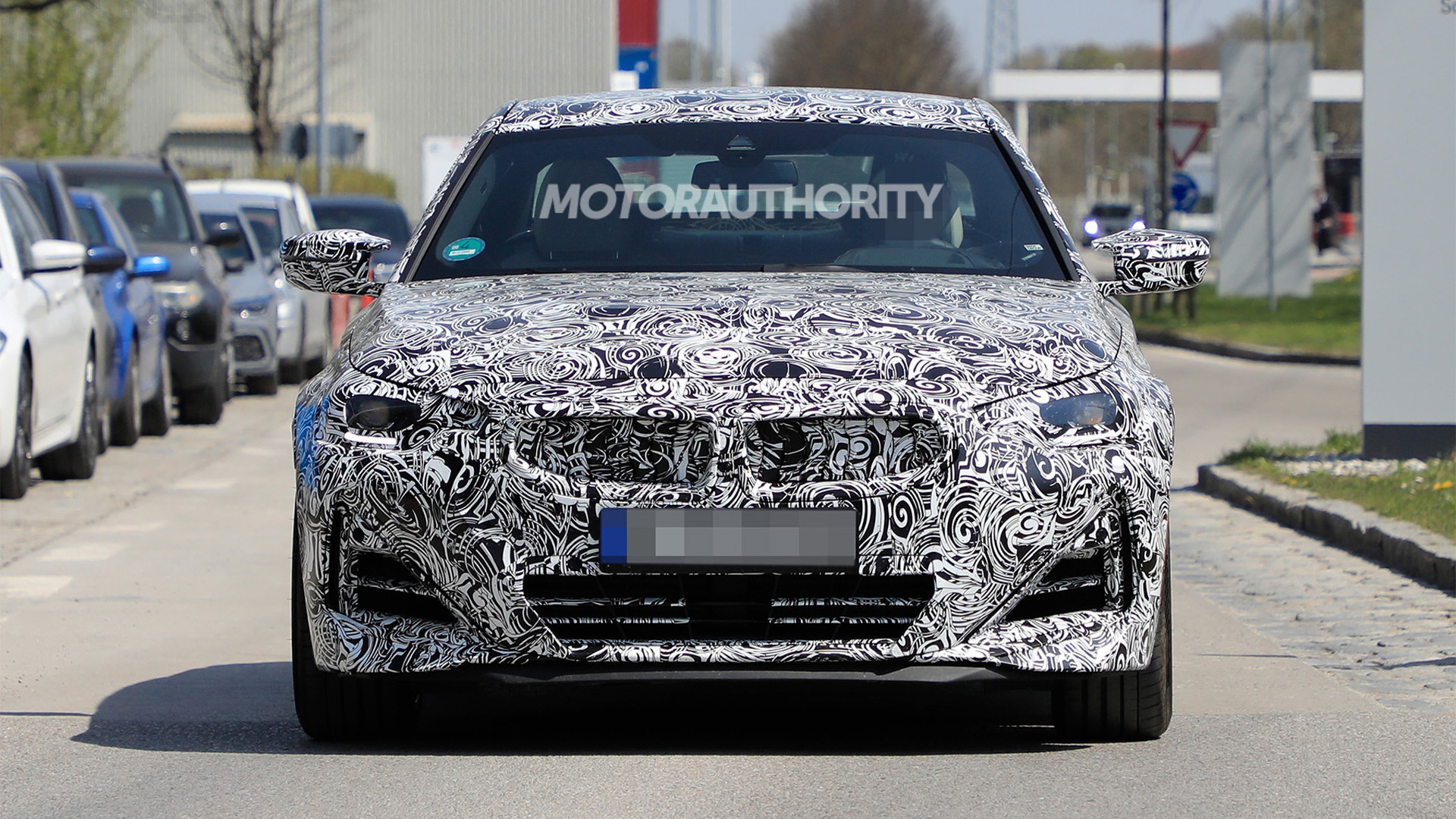 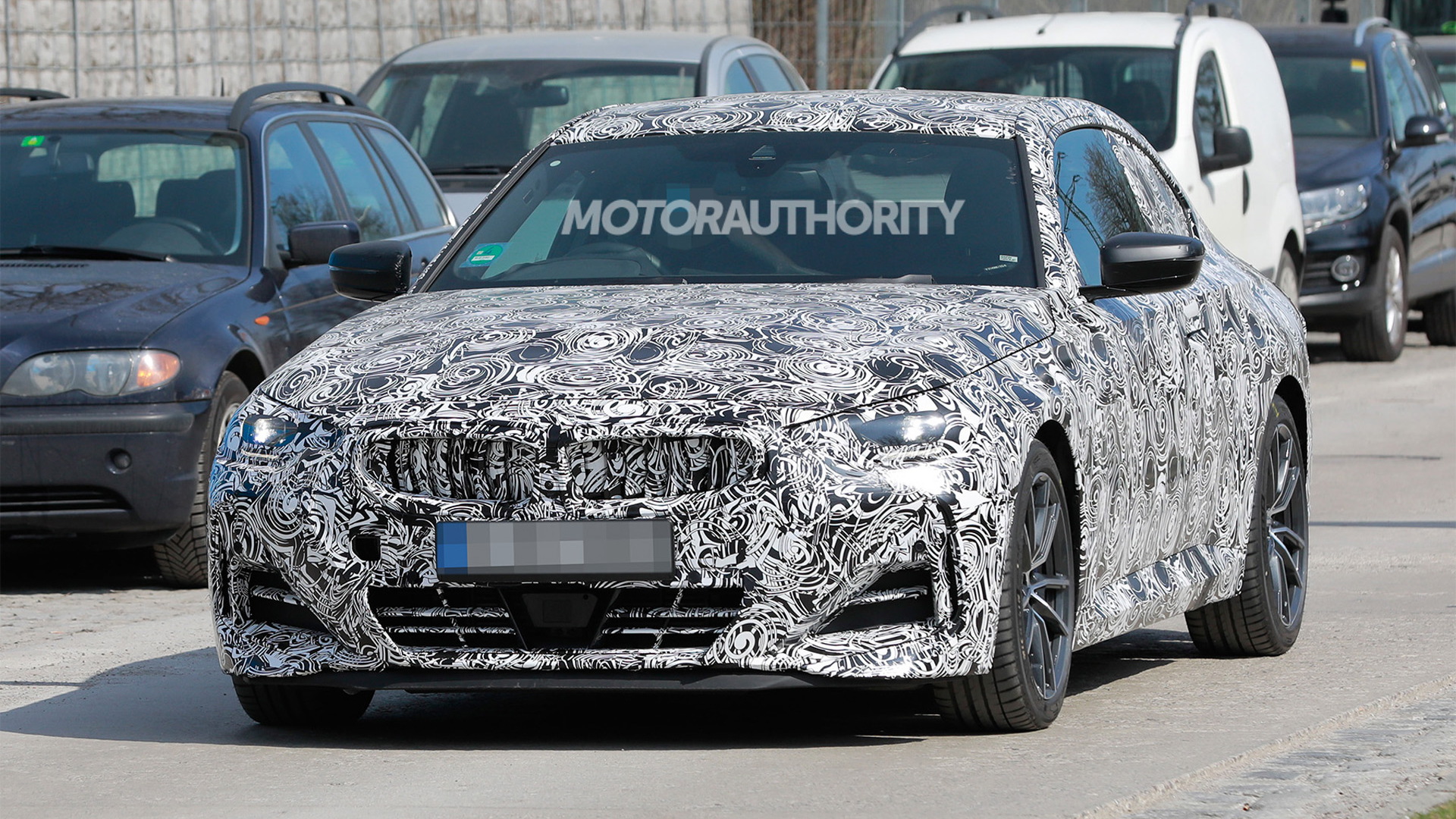 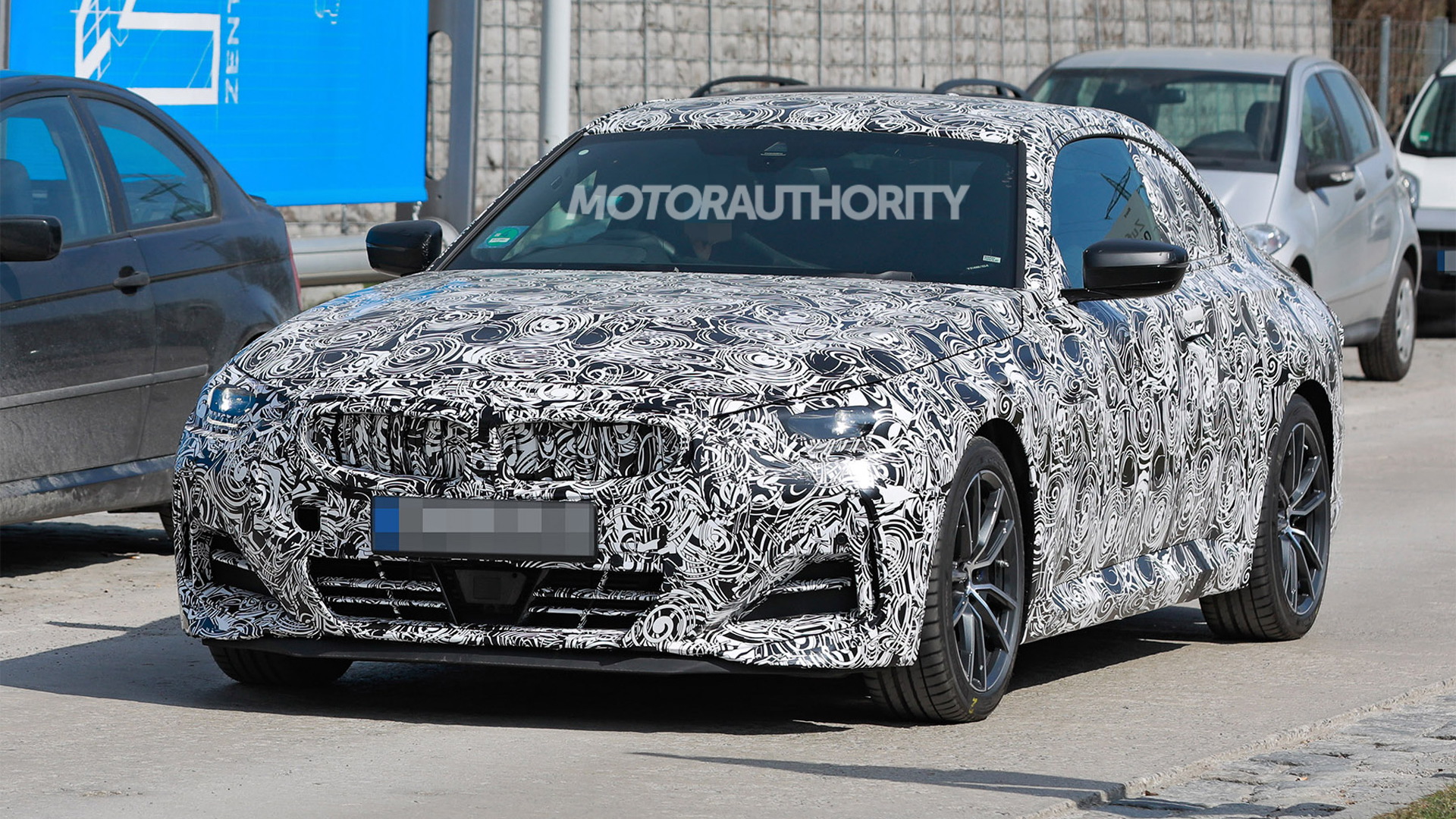 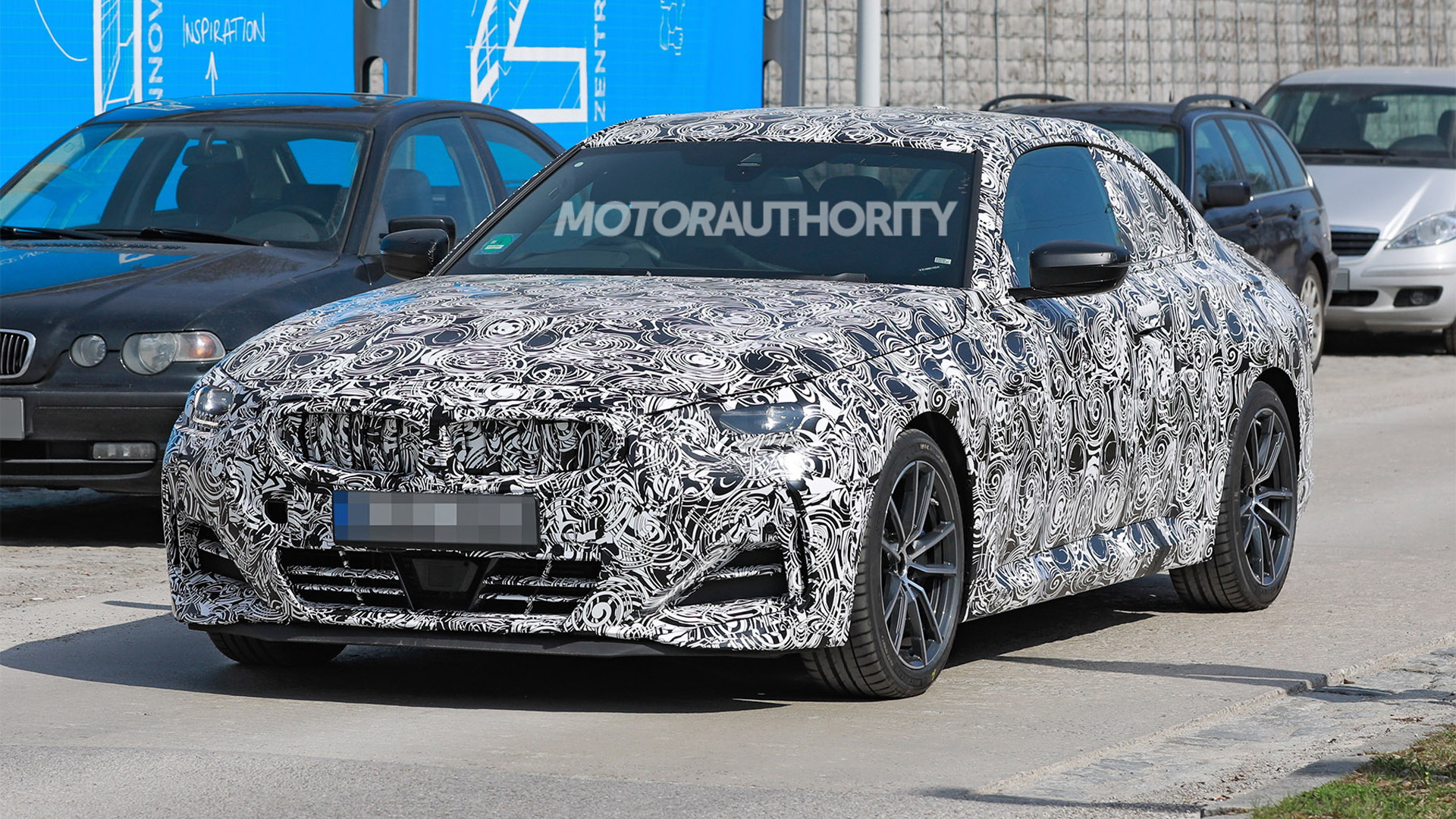 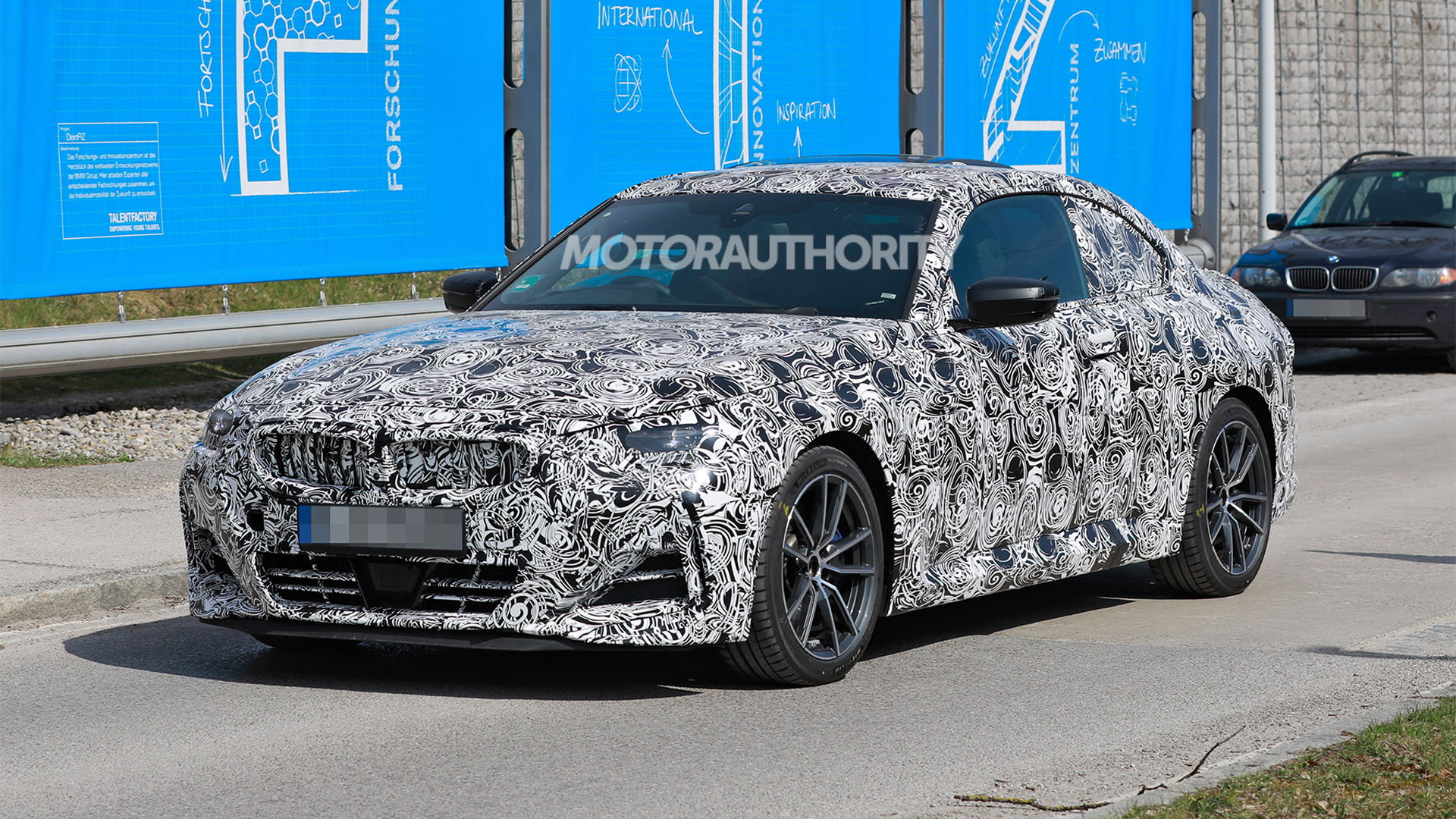 The car is expected in showrooms later this year as a 2022 model, and the advanced stage of these prototypes suggests a debut in the coming months is likely. The current 2-Series coupe arrived as a 2014 model and underwent a mid-cycle update for 2018.

The good news is that the redesigned coupe won't go the front-wheel-drive route of other 2-Series members like the 2-Series Gran Coupe and 2-Series Active Tourer. Instead, the sporty two-door will stick with rear-wheel drive (and likely available all-wheel drive).

The proportions of the new 2-Series coupe are very muscular. The car is still heavily camouflaged but we can see that the 4-Series' oversized grille with vertical kidneys won't make it onto the 2-Series. Instead, the smaller coupe will go with a more traditional take on the BMW grille.

We can also see that the car is low and wide, and its long nose virtually confirms that inline-6 powertrains will be offered. One of the inline-6 powertrains will feature in the next-generation M2. The engine is likely to be a detuned version of the 3.0-liter twin-turbocharged inline-6 found in the M3 and M4 and X3 M and X4 M. Expect output to hover around 420 hp in the next M2. That's up considerably on the 365 hp of the current M2 and should give the new car the edge over the 416-hp 45-series from Mercedes-Benz AMG. Hopefully the current M2's manual transmission option will also stick around.

Some of the shots provide glimpses of the interior. An infotainment screen, likely with touch capability, can be seen above the air vents in the center console. A multi-function steering wheel can also be spotted.

Production of the new 2-Series coupe is expected to take place at BMW's plant in Lerma, Mexico. The plant currently handles production of some 3-Series models, and some 2-Series prototypes have been spotted in the surrounding area. The jury is still out on whether a convertible is being developed. There's a good chance we won't see one due to low demand.