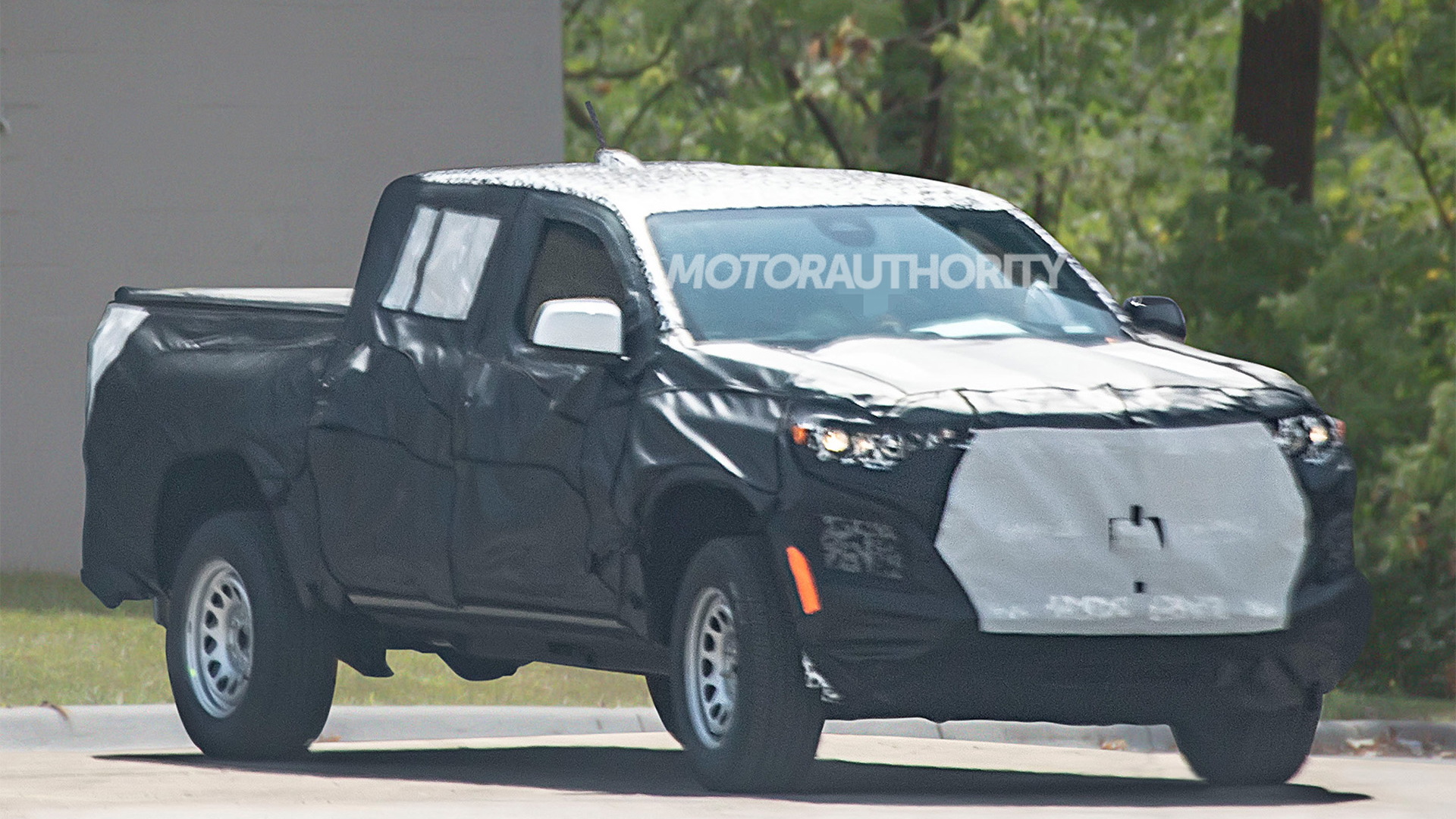 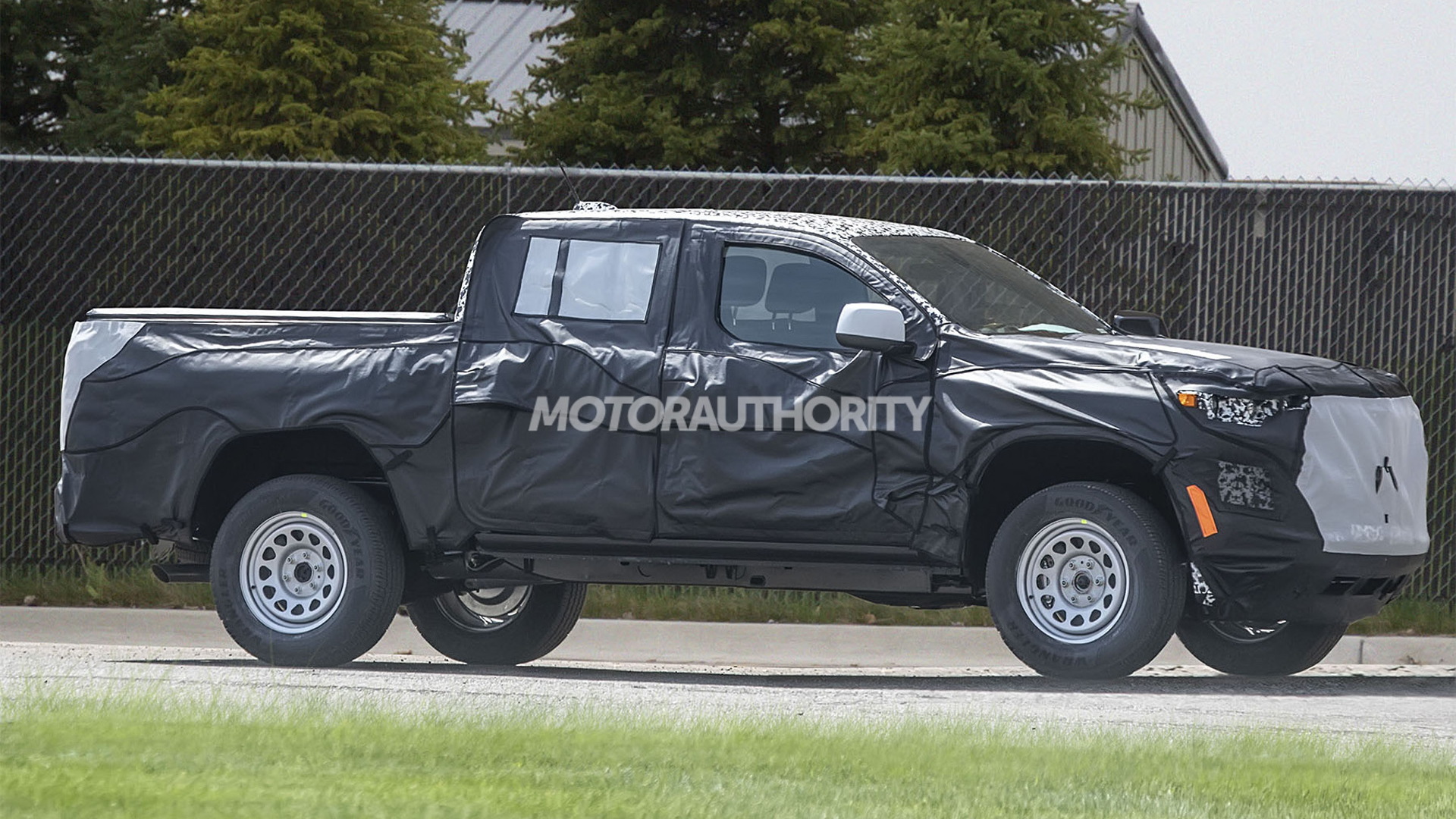 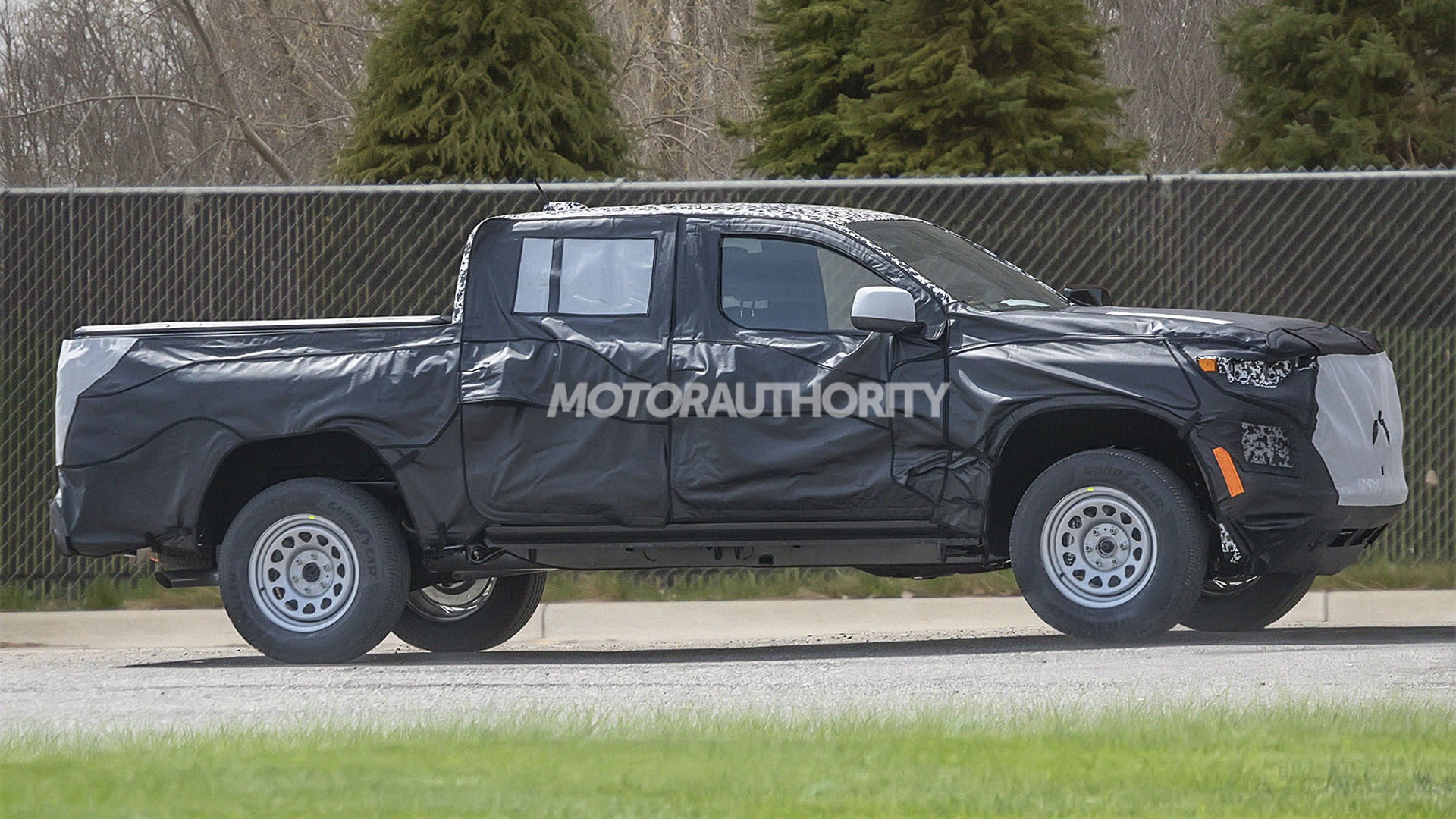 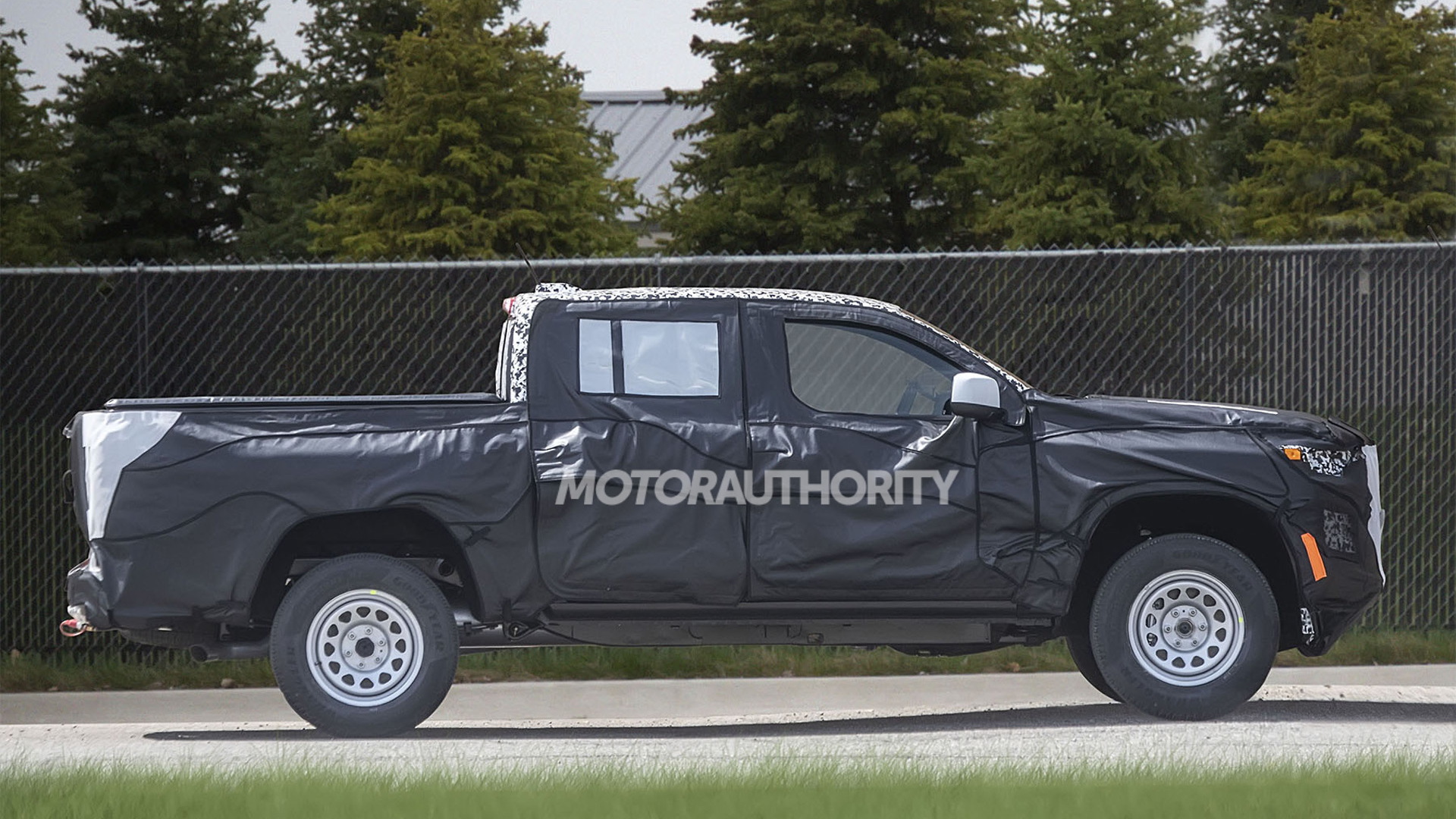 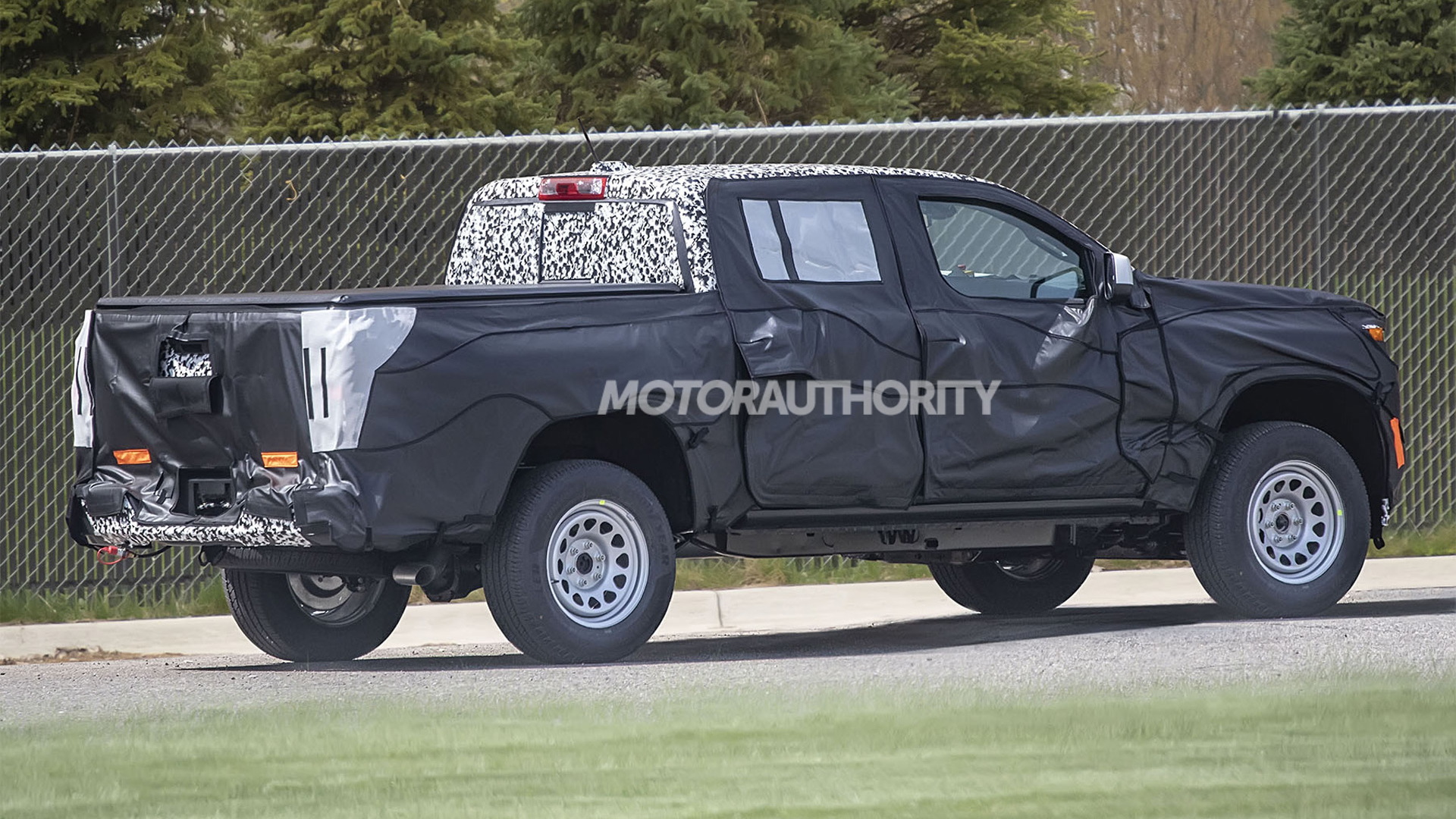 A prototype for a redesigned Chevrolet Colorado has been spotted for the first time.

The current Colorado arrived in the United States in 2015 but has been available elsewhere since 2011. In other words, it's not surprising to see a redesigned model already in the works, especially with new versions of the rival Ford Ranger and Nissan Frontier just around the corner.

The prototype is heavily camouflaged but it appears Chevy's design team has gone with slim headlights similar to what's found on the Silverado. There also appears to be more defined character lines compared to the current model, especially on the front fenders.

The redesigned Colorado is thought to be using an updated version of the current model's 31XX platform, though we can see that the dimensions will be slightly larger this time around. The prototype is for a crew cab with a short bed configuration, but the single cab and long bed options should also make a return.

Look for the redesigned Colorado to arrive late next year as a 2023 model. A related GMC Canyon redesign should arrive about the same time.