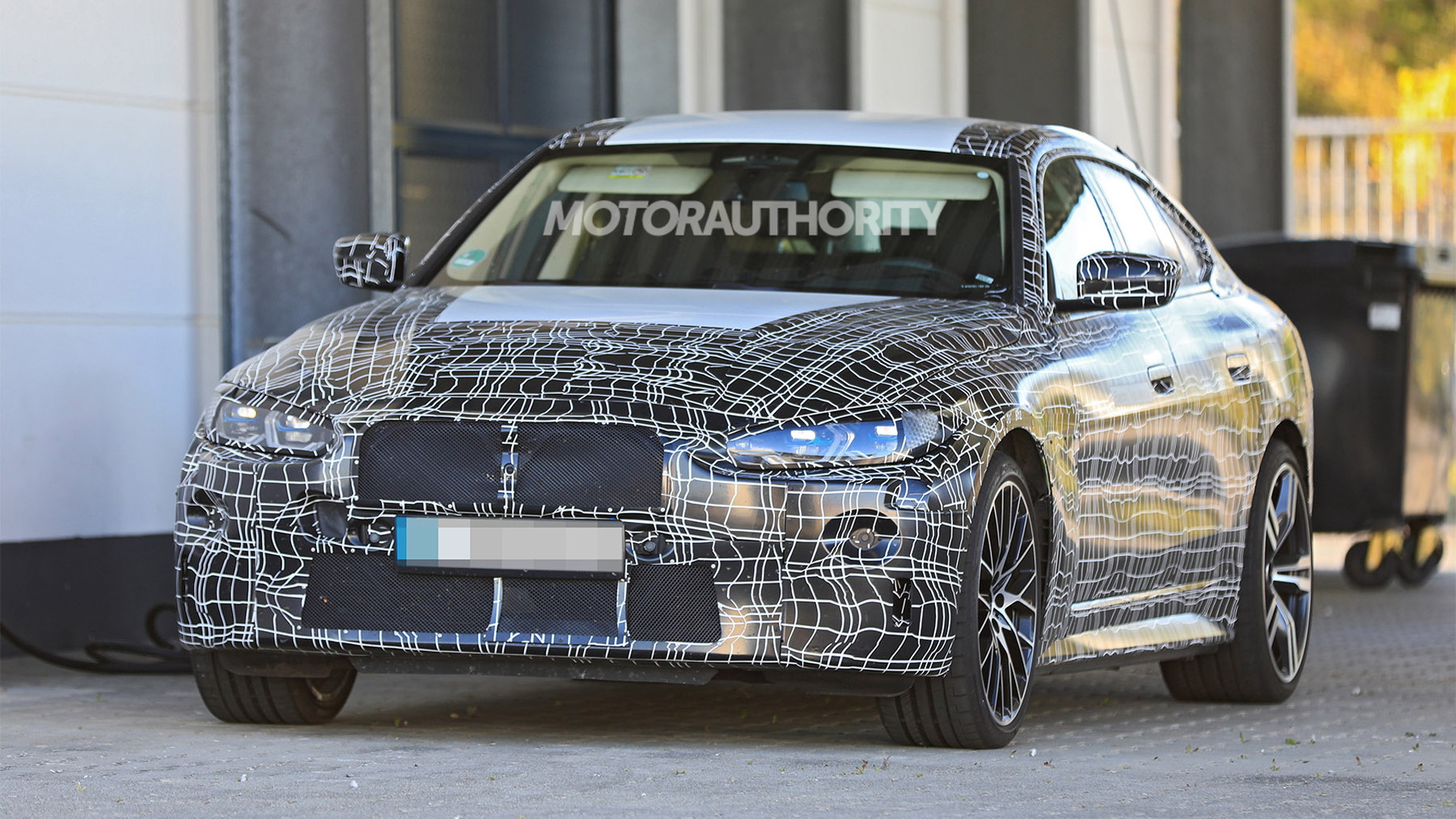 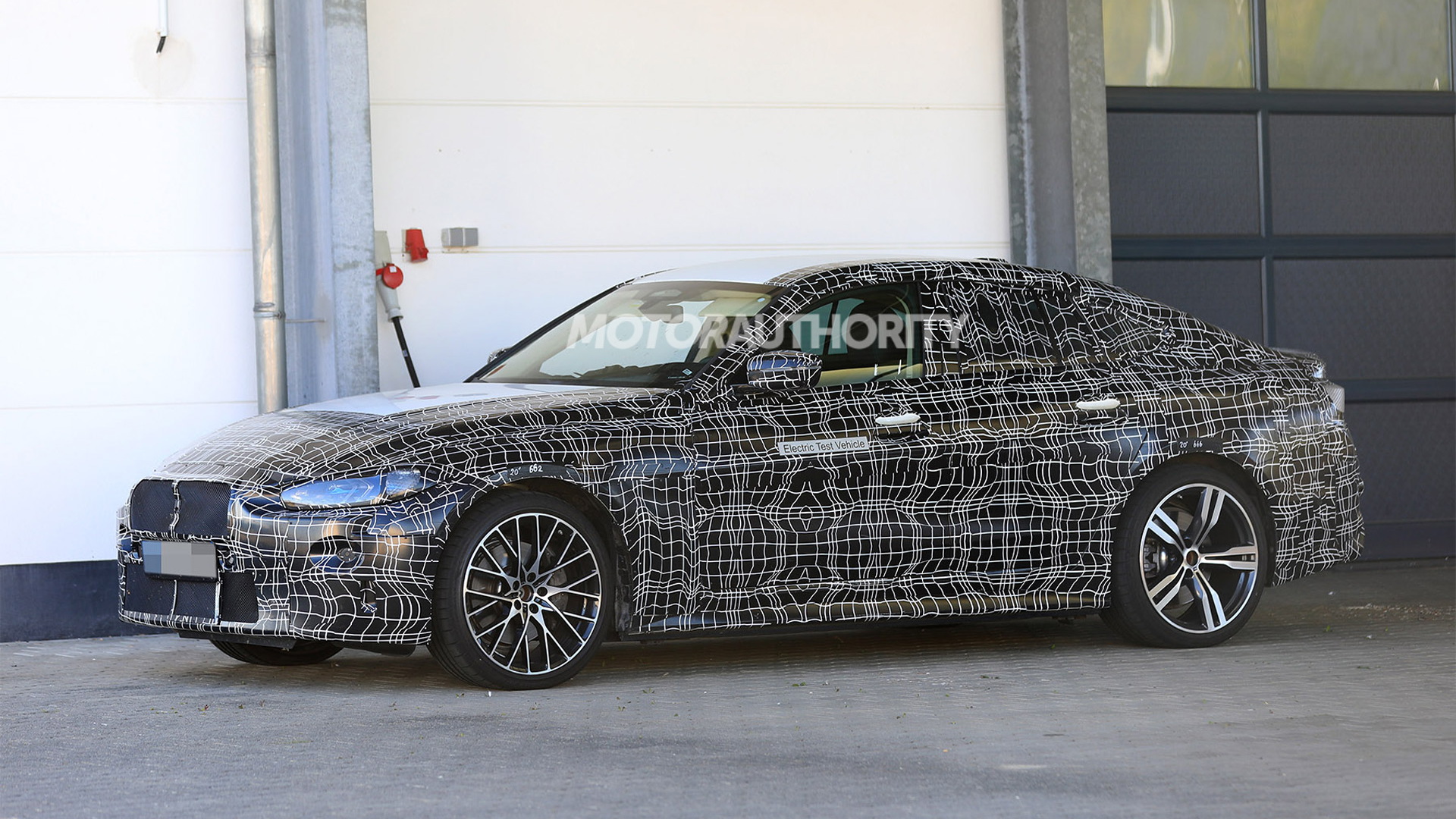 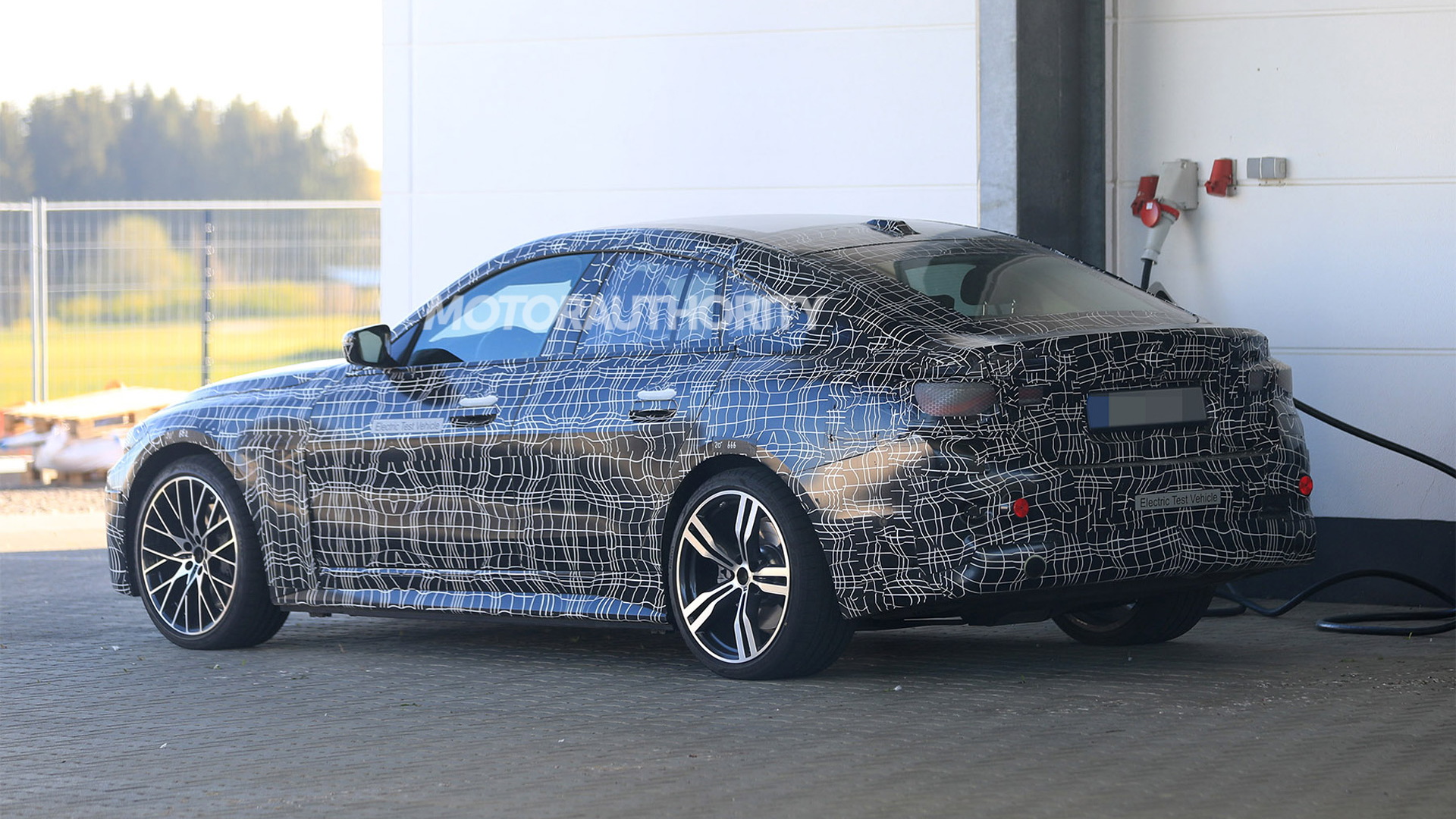 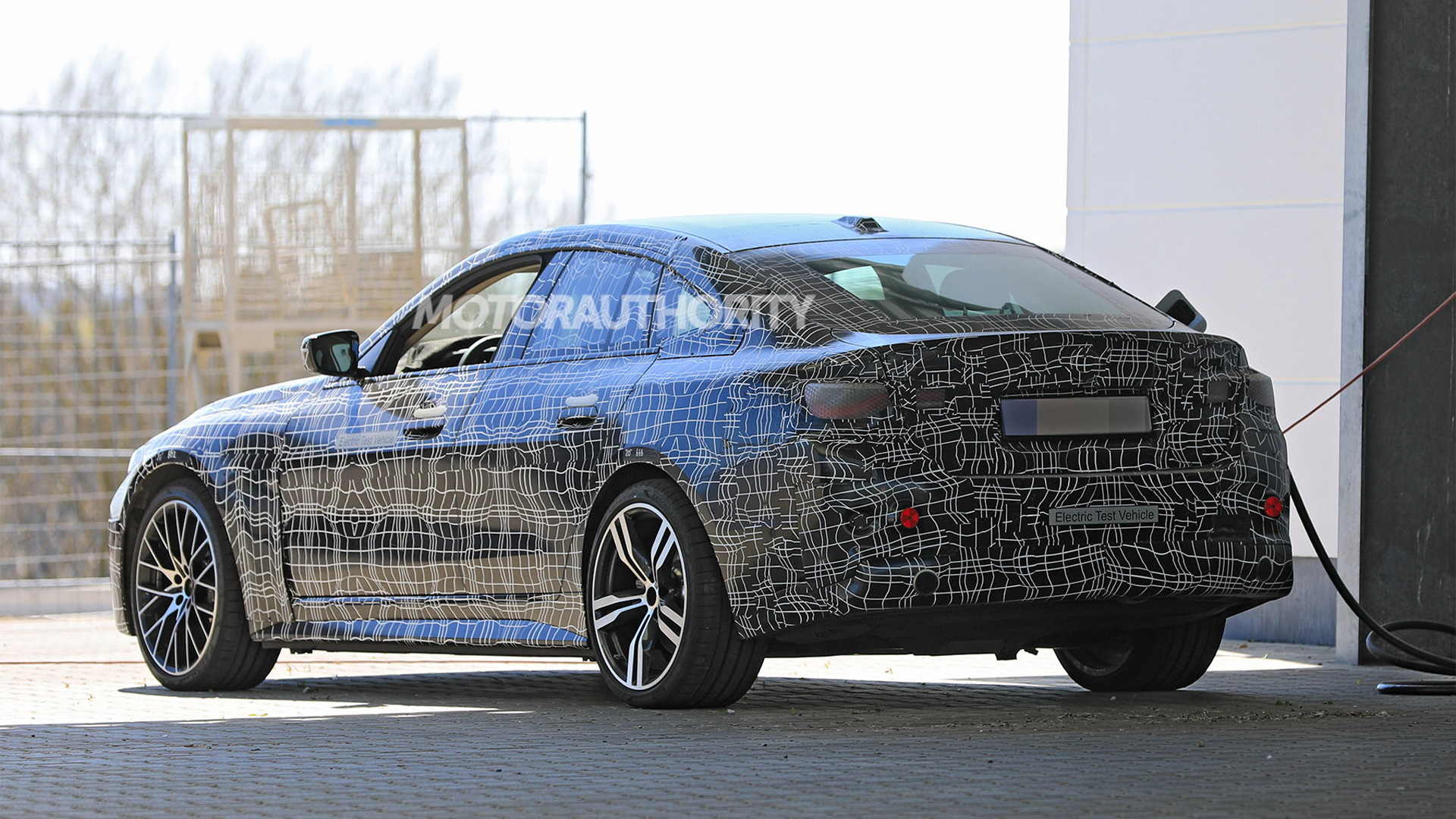 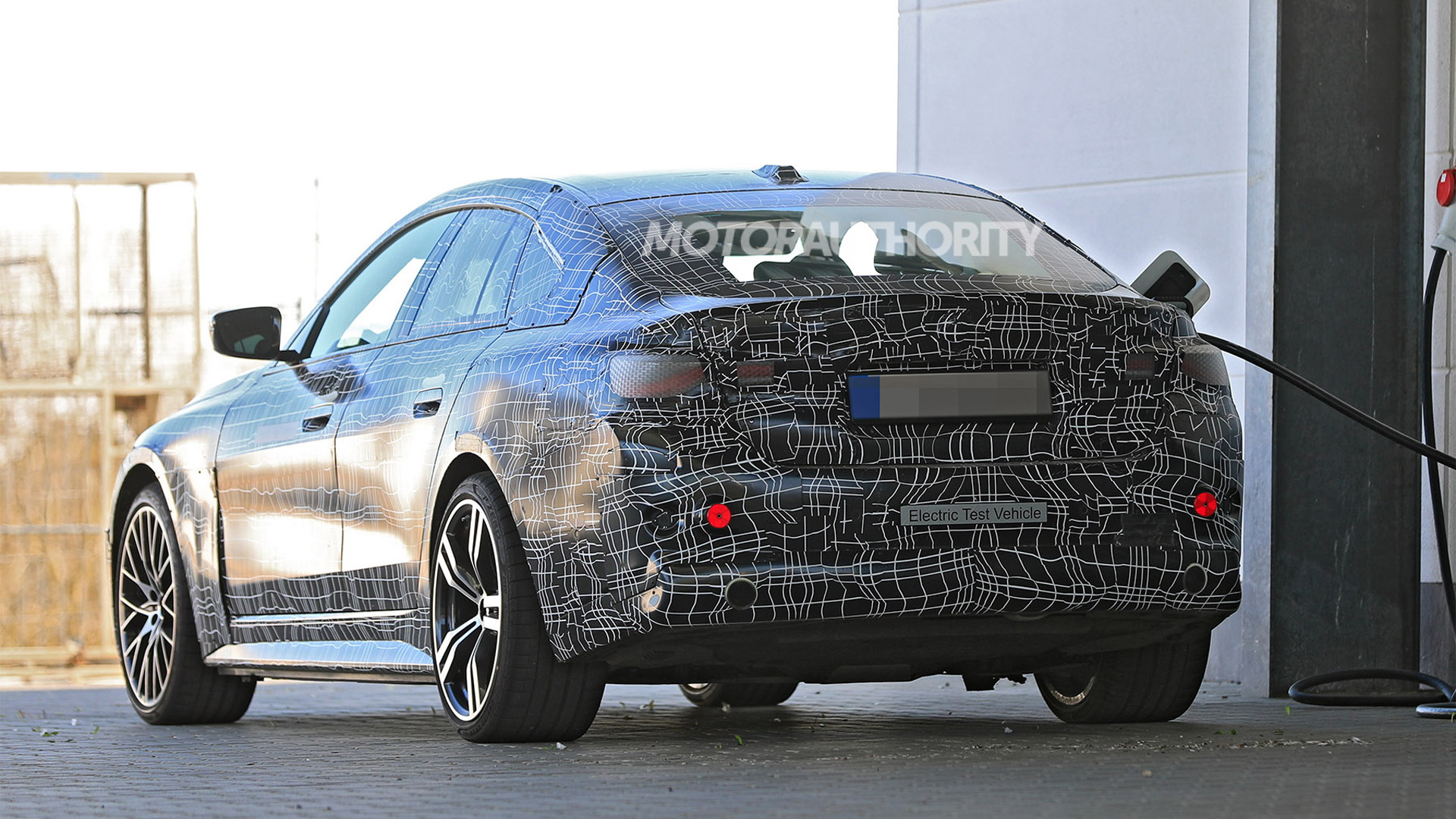 BMW has been spotted testing a prototype for the i4, a battery-electric sedan previewed by the Concept i4 unveiled in March.

The i4 is set to debut in late 2021, meaning we should see it arrive as a 2022 model. It will form part of an expanded 4-Series family that might also see an M4 Gran Coupe.

The i4 is confirmed to be coming with an 80-kilowatt-hour battery and range of 373 miles, likely in range-topping grade. The range figure is based on the more lenient WLTP cycle used overseas but should still come in higher than 300 miles when measured by the EPA.

The battery is BMW's fifth-generation design, which is more compact on a per kwh basis than BMW's earlier batteries, though it's still a hefty thing at about 1,212 pounds in the i4. We also know the i4 will be able to accept a 150-kilowatt fast charge that will deliver an 80-percent charge in 35 minutes.

An electric drive system likely consisting of an electric motor at each axle will deliver a peak 523 horsepower, or enough for 0-62 mph acceleration in under four seconds. The top speed will be governed at 120 mph.

Underpinning the i4 is BMW Group's CLAR modular platform that debuted in the current 7-Series. The platform is flexible enough to support internal-combustion, hybrid and battery-electric powertrains.

Potential rivals for the i4 include the Tesla Model 3 and Polestar 2. Mercedes-Benz is also readying an electric car similar in size to the C-Class, and there could be more electric offerings in this segment by the time the i4's debut rolls around.

The i4 is one of multiple EVs set to be launched by BMW Group by the end of 2023. The automaker aims to have 25 electrified cars in its lineup by that date and more than half, meaning a minimum of 13, will be battery-electric cars. The first of these was the Mini Cooper SE launched in 2019. An iX3 will follow this year (though not in the U.S.) and in 2021 we'll see the iNext and this i4. Also in the pipeline are electric versions of the 3-Series and 7-Series.