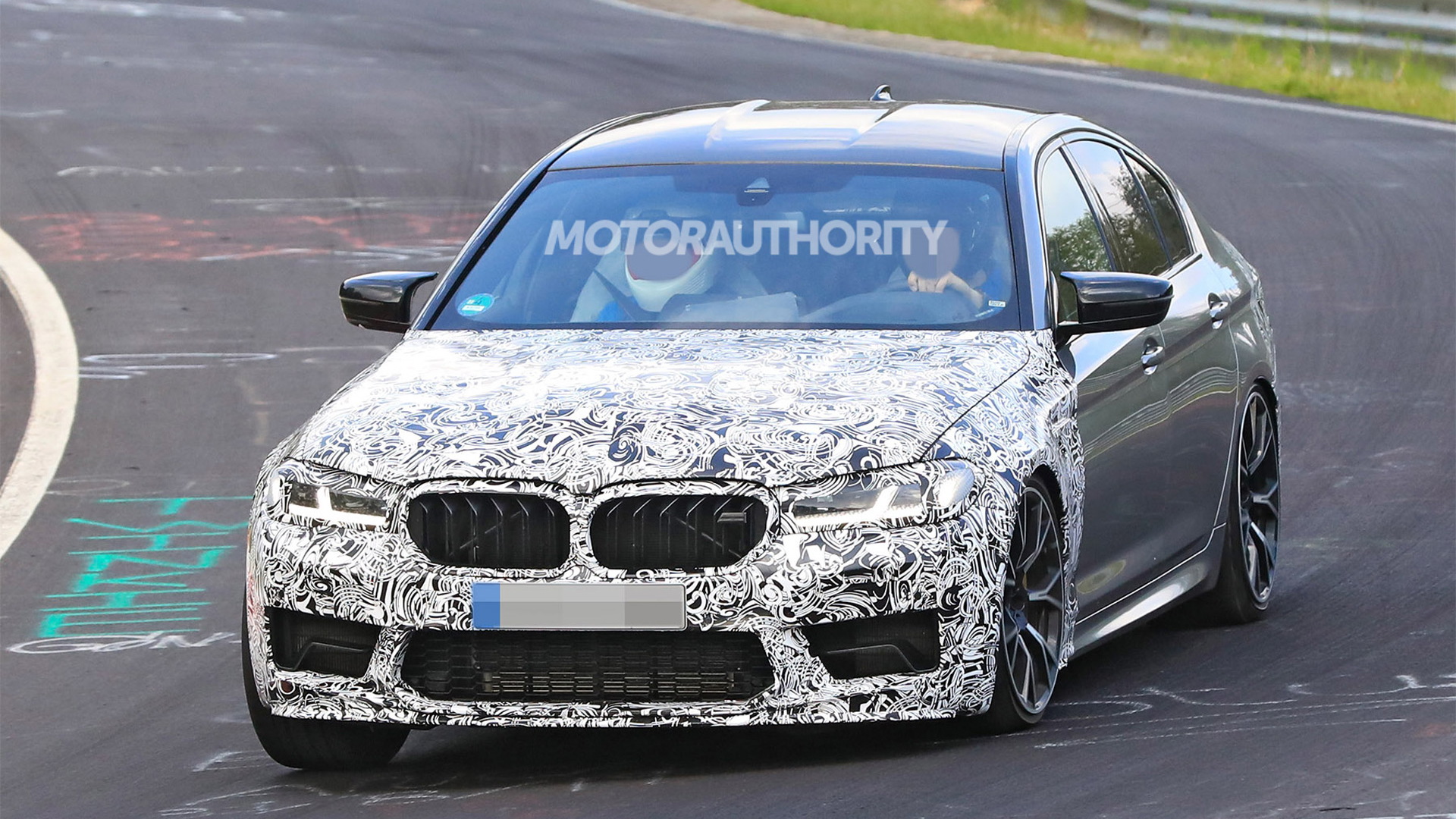 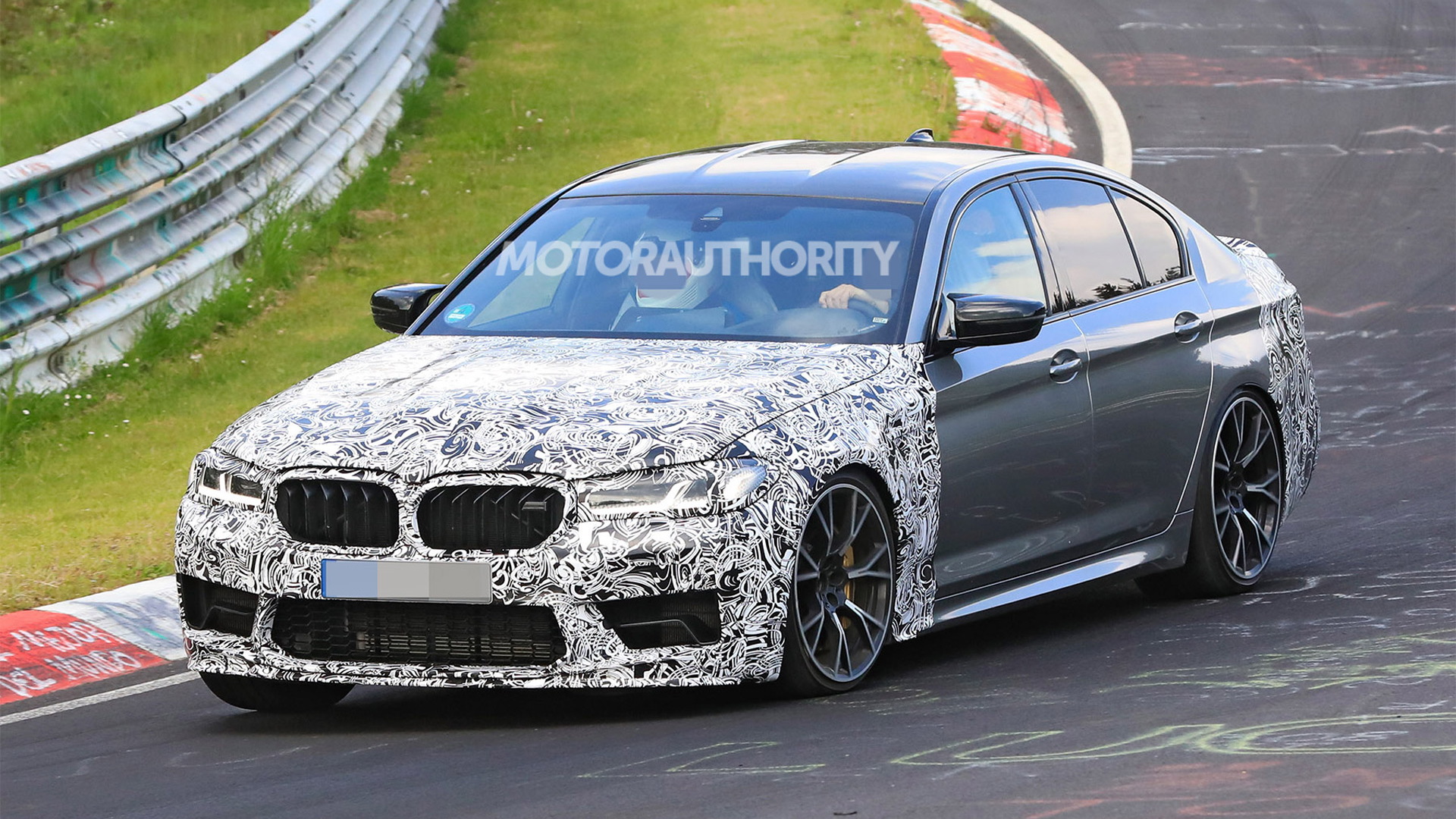 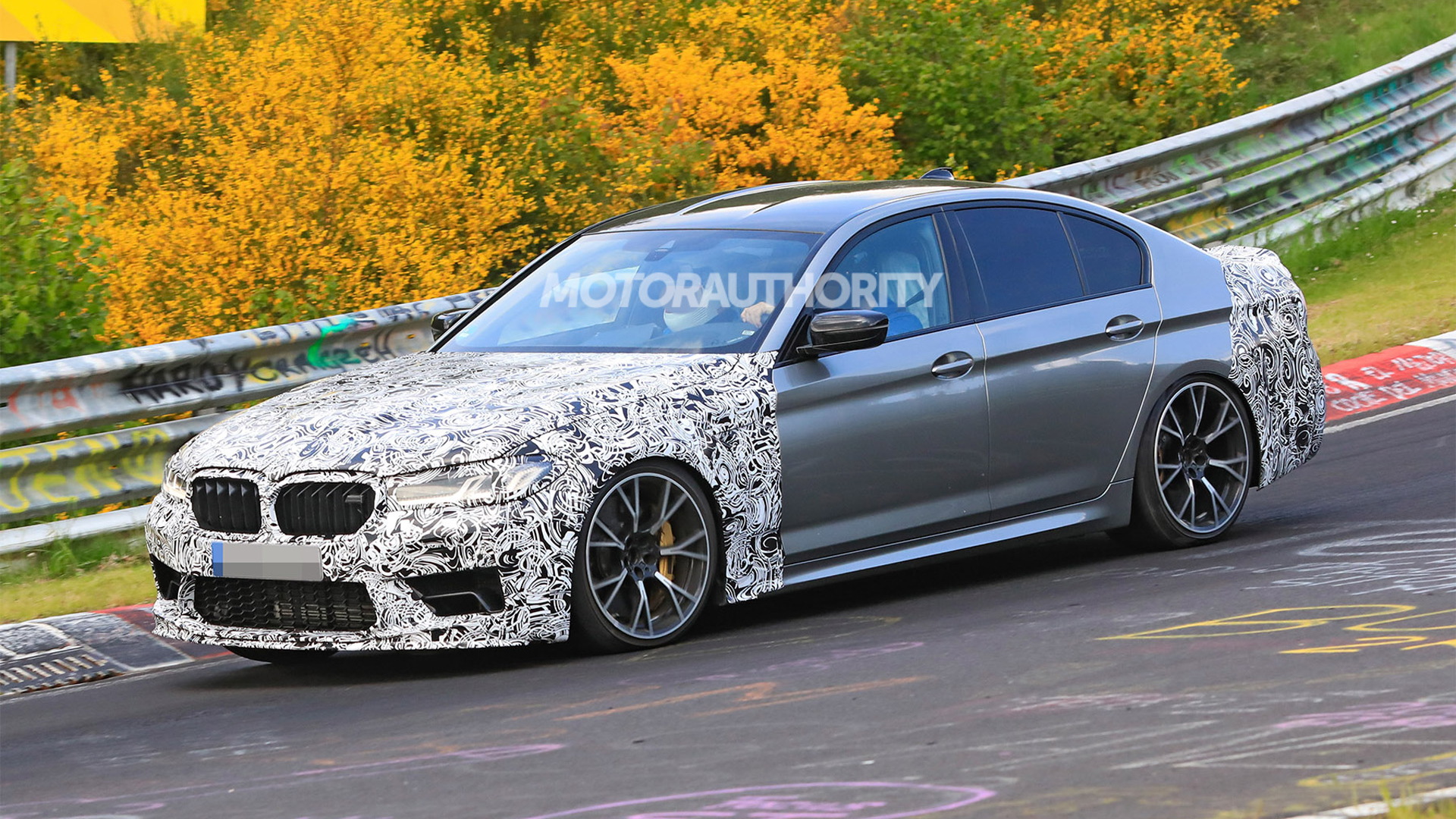 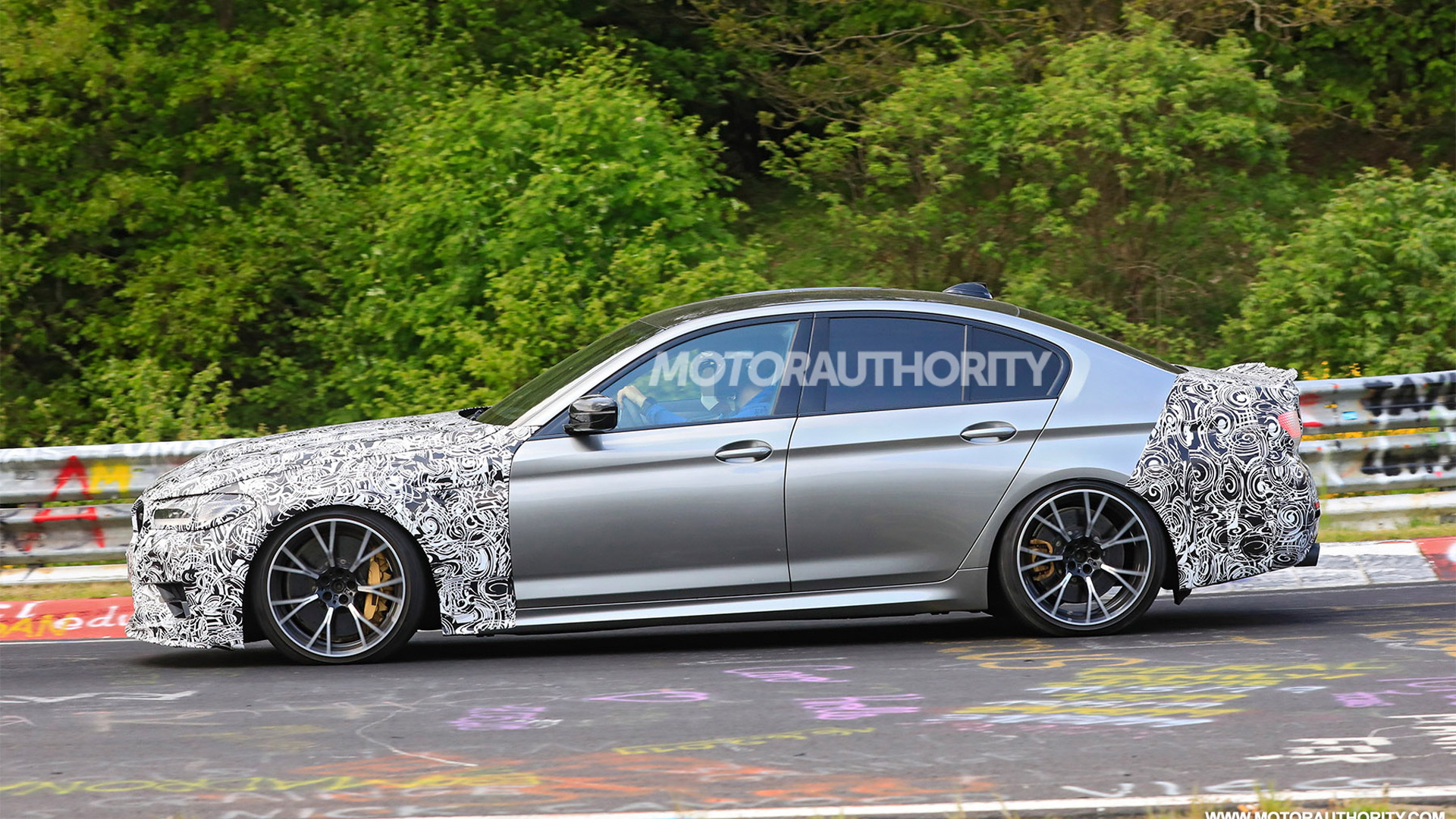 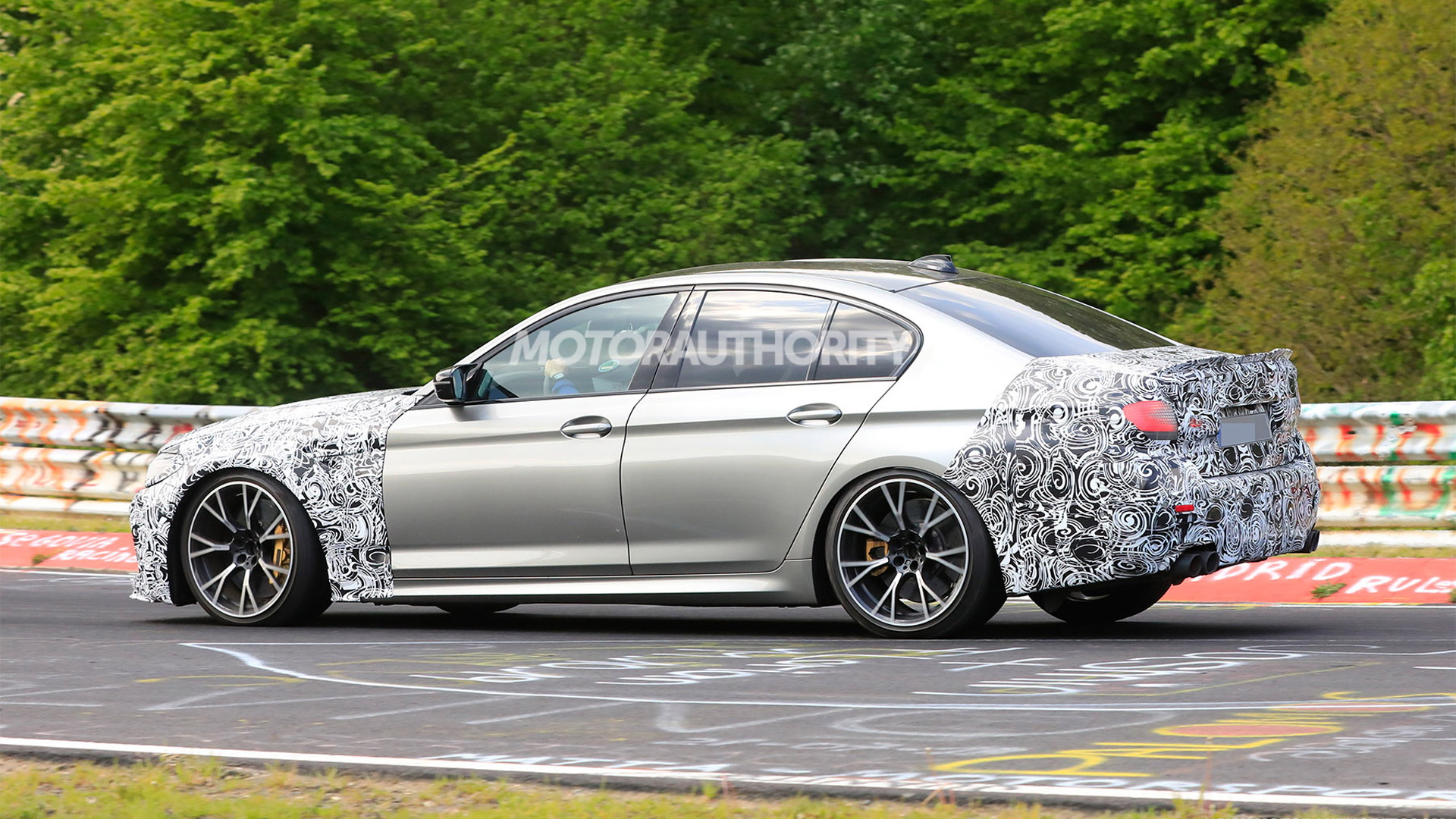 BMW's 5-Series received a round of style and tech updates for 2021, and those same updates affect the high-performance M5 variant.

We've already seen the updated versions of the regular M5 and slightly sportier M5 Competition, but there's also a new performance flagship coming that will likely carry the M5 CS designation. A prototype for this flagship has been spotted.

The prototype may look like earlier testers for the regular M5 but if you look a little closer you'll notice some key differences.

Both the grille and front fascia are unique to this prototype. There's also a front lip spoiler not seen on the other M5 variants, and at the rear is a new trunk lid spoiler that matches the design used on the M2 CS, M3 CS and M4 CS.

It isn't clear what modifications are under the hood but word on the street is that the M5 CS will be the first recipient of a newly developed V-8.

The new V-8 is allegedly more compact than the current 4.4-liter V-8 that BMW uses, but still equipped with the "hot-V" turbocharger configuration and likely other attributes of the existing engine. The new engine is also thought to be electrification-ready, meaning we could see some form of electrification, such as a mild-hybrid system, on the M5 CS.

Expect peak output to register between 640 and 650 horsepower, giving the M5 CS the edge over the 617-hp M5 Competition and 600-hp M5. However, we know those figures are all conservatively rated.

Other modifications that have featured on BMW's past CS models have been reduced weight, less strict electronic nannies, and exclusive items in the cabin.

The updated 5-Series is set to arrive at dealerships late this year as a 2021 model. The updated M5, including this new M5 CS, should follow shortly after.