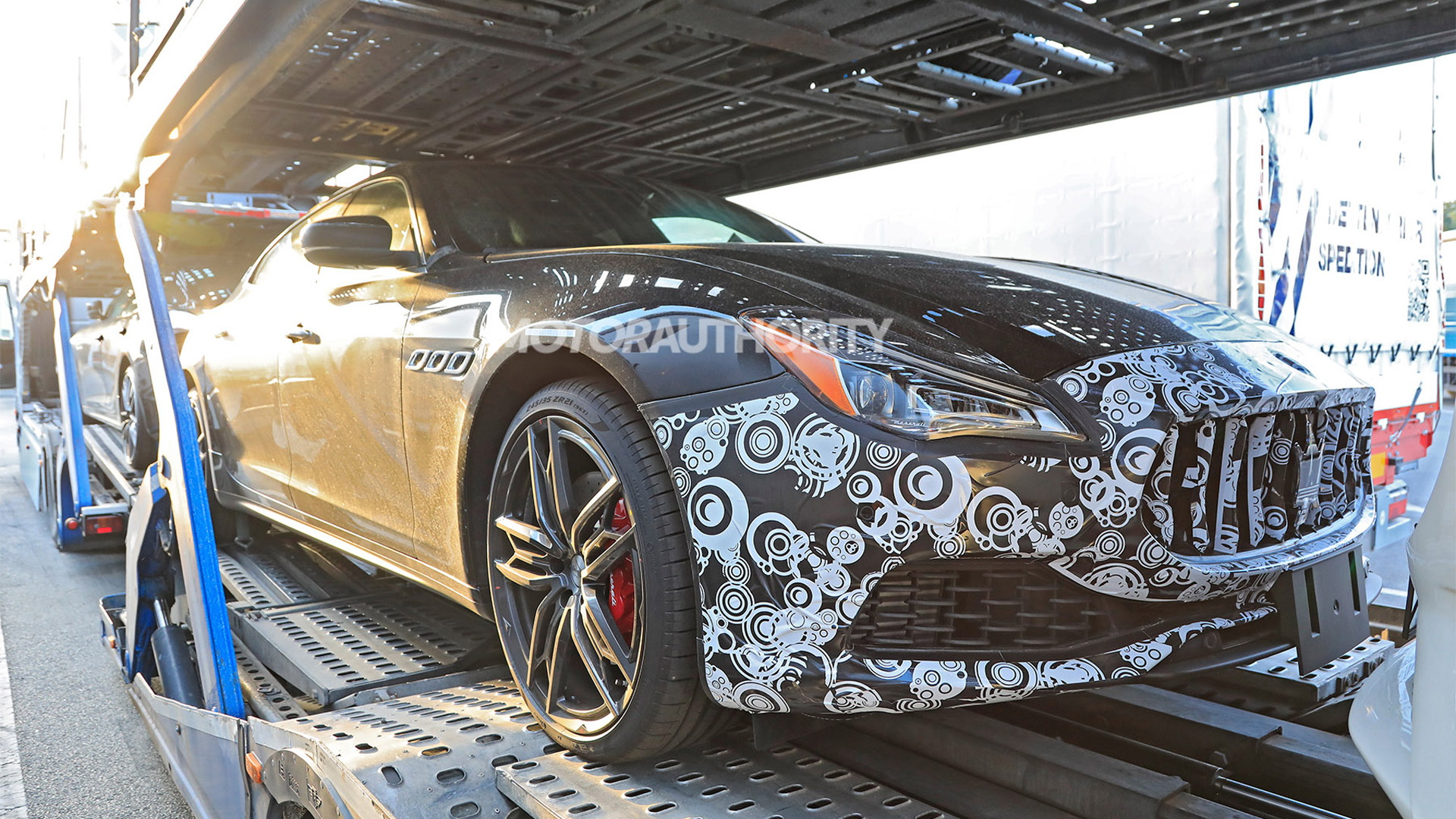 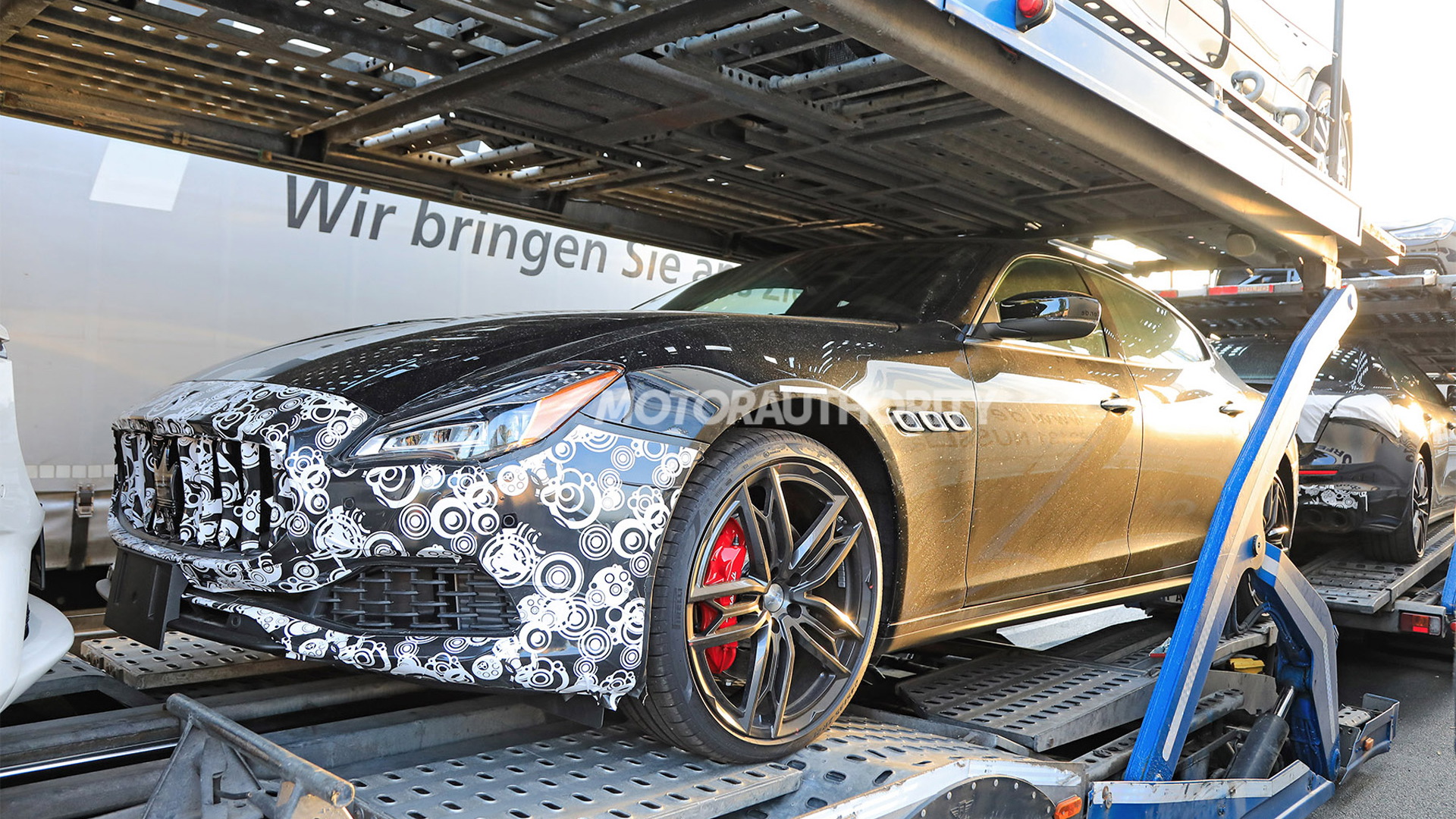 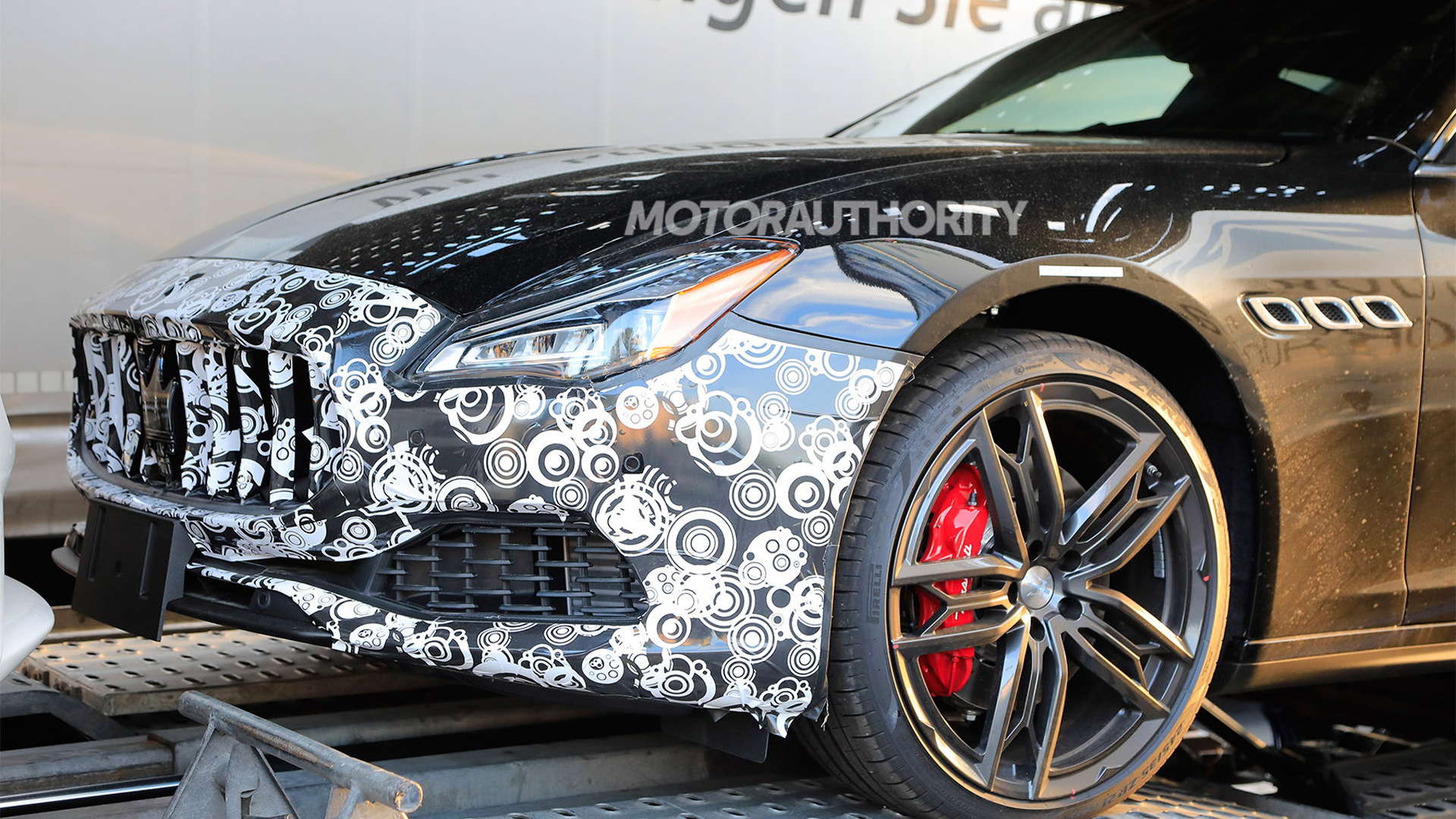 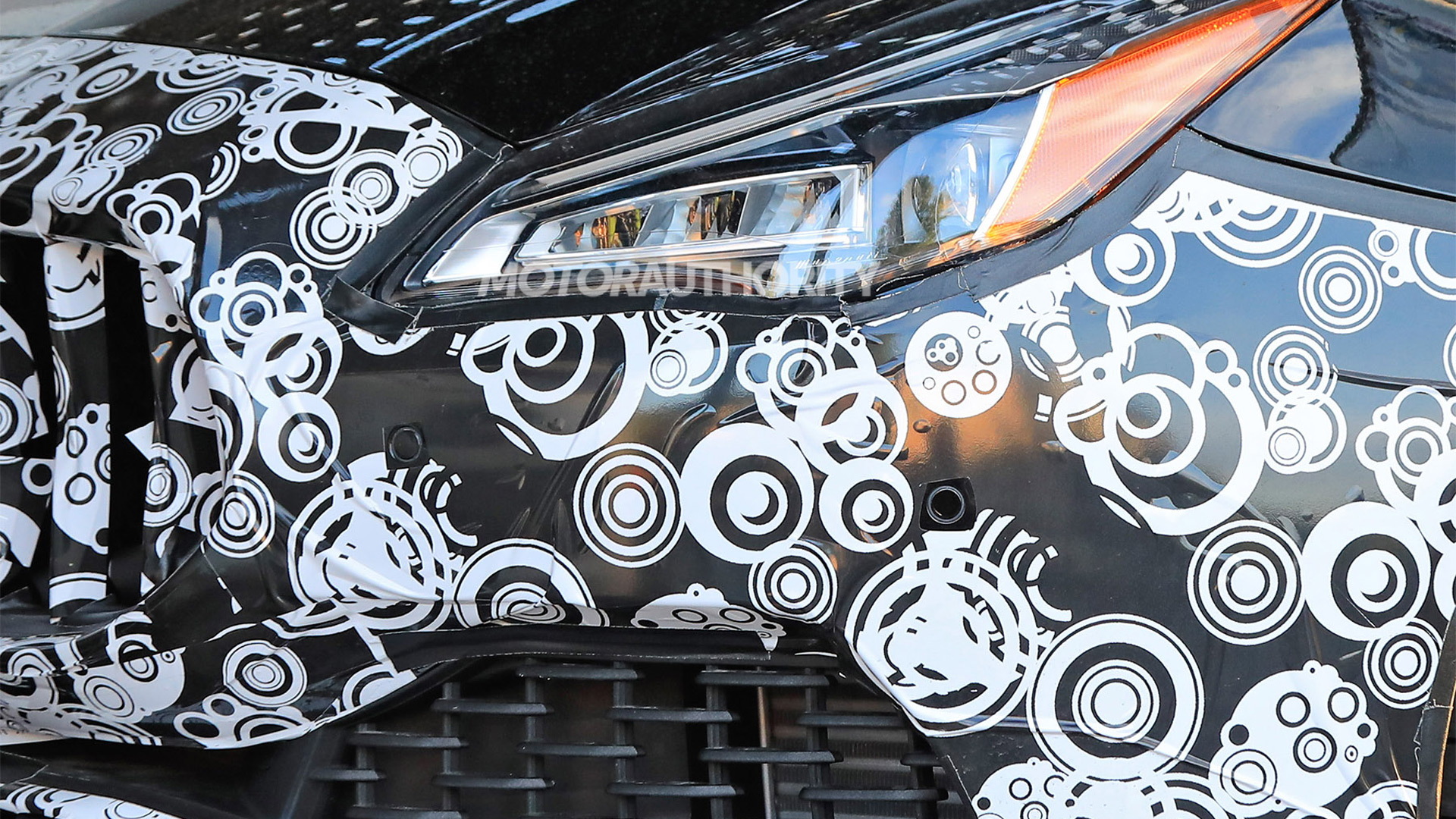 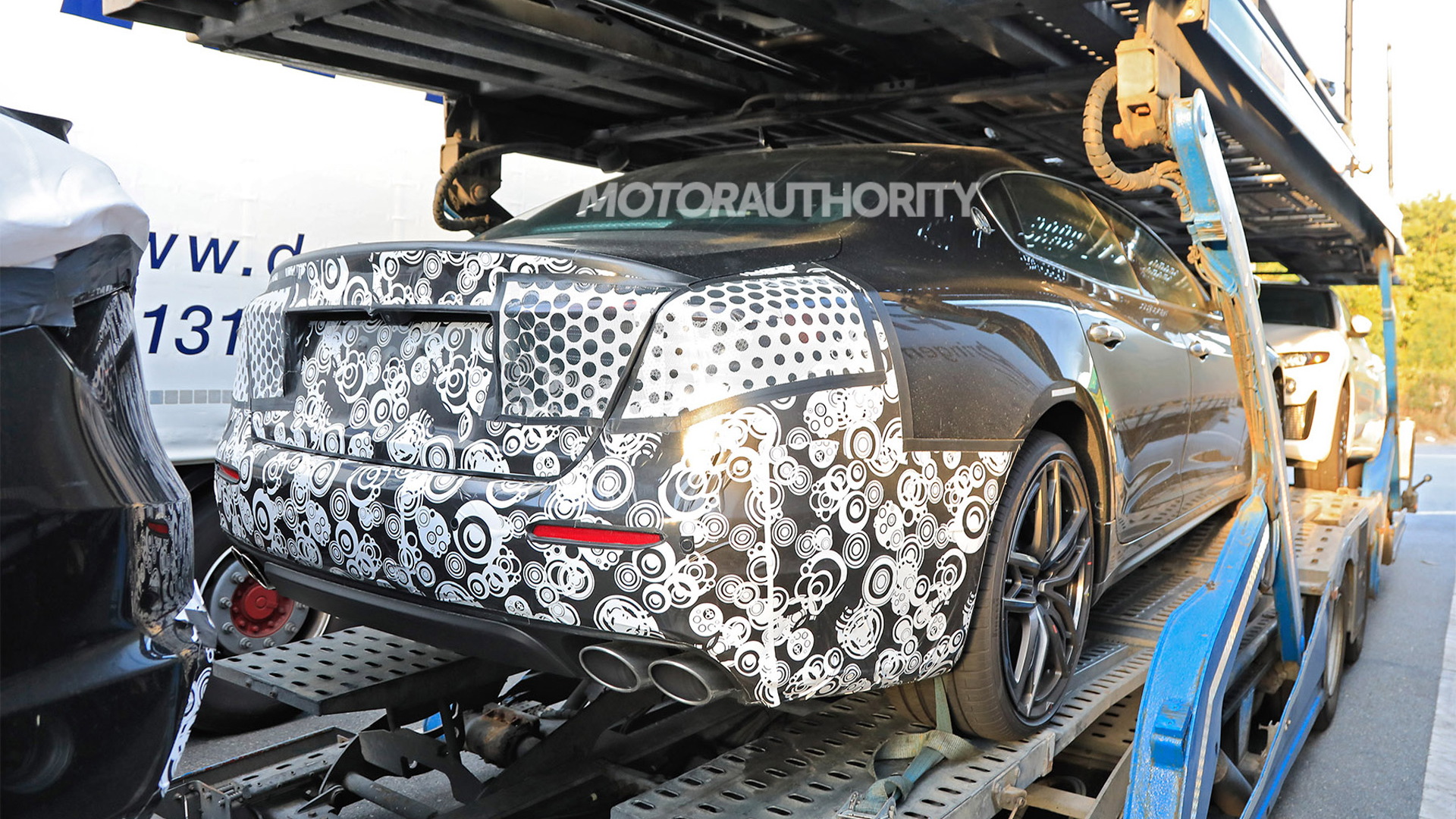 A prototype for an updated Maserati Quattroporte has been spotted.

The prototype is for the current-generation Quattroporte's second update, and one that will see the big sedan receive its first taste of electrification. It will also bring a few styling tweaks to the exterior and likely a few new technology updates in the cabin.

No details on powertrains have been announced but we're likely to see the Quattroporte receive a mild-hybrid setup just like in the hybrid version of the updated 2021 Ghibli. The electrified Ghibli, which isn't bound for the United States, uses a 2.0-liter turbocharged inline-4 in its mild-hybrid setup. Peak power is 330 horsepower.

It's possible Maserati will offer a plug-in hybrid powertrain in the updated Quattroporte, though perhaps not at launch. A battery-electric Quattroporte isn't expected until the nameplate is redesigned around 2022 or 2023.

We also know a hardcore Quattroporte Trofeo model will be revealed on August 10, though it isn't clear if it will be based on the current Quattroporte or this updated version.

As for tech updates for the Quattroporte, the infotainment system should switch to Google's Android Automotive operating system which Maserati introduced in its updated Ghibli.

Maserati has some busy years ahead. In fact, the automaker's full lineup will be renewed and expanded in the space of just two years. The MC20 supercar will be revealed in September. A small SUV based on the Stelvio will follow in early 2021.

Maserati will then launch a redesigned GranTurismo later in 2021—the brand's first EV. Though it's yet to be confirmed, the new GranTurismo, which will also have a GranTurismo Convertible option (GranCabrio outside the U.S.) due in 2022, might be offered exclusively with battery-electric power.

According to its most recent plan, Maserati will then introduce redesigned versions of the Quattroporte and Levante in 2022 and 2023, respectively. Note, some of these plans may have changed now that Maserati's Fiat Chrysler Automobiles parent is merging with France's PSA Group to form Stellantis.