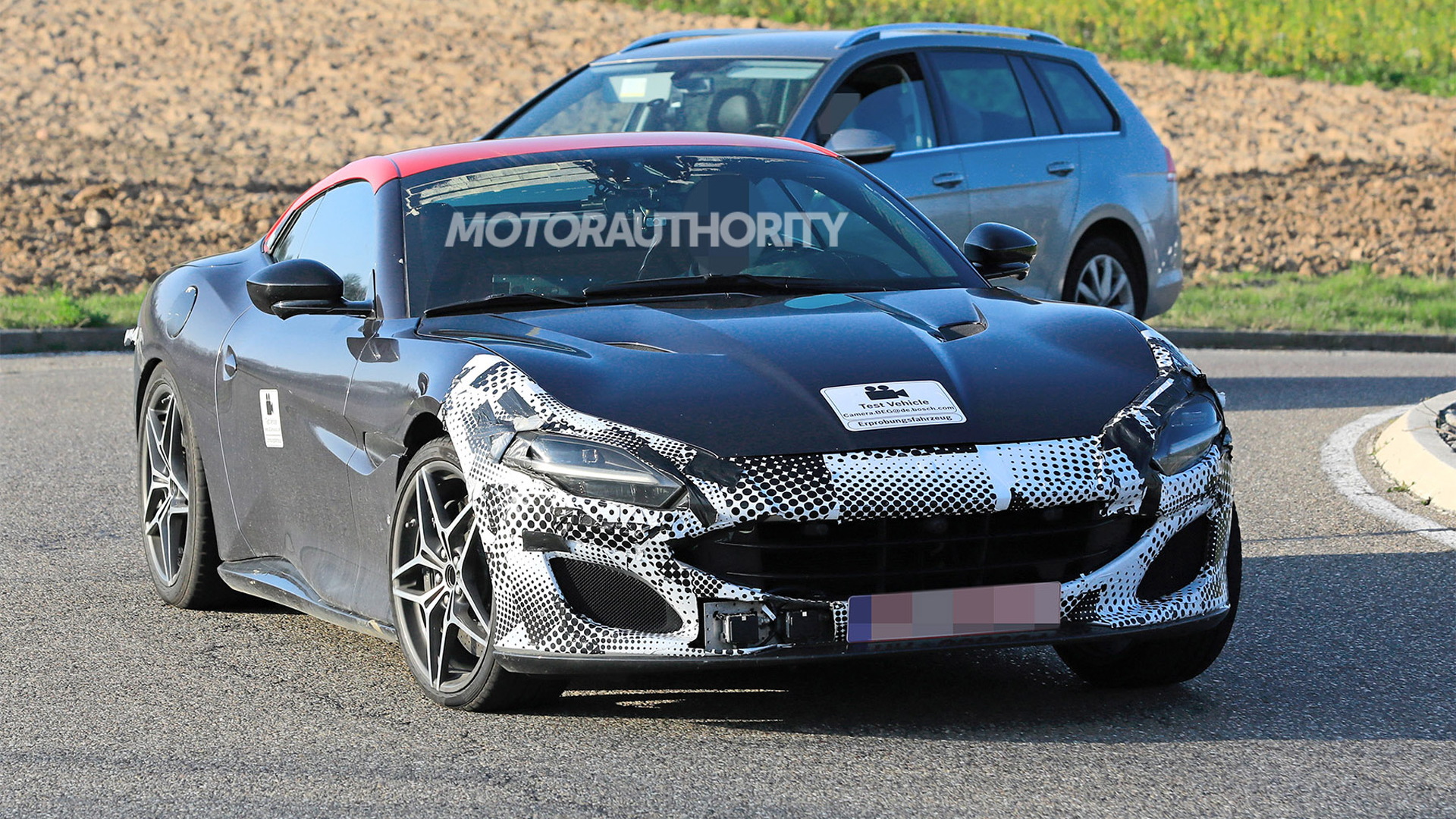 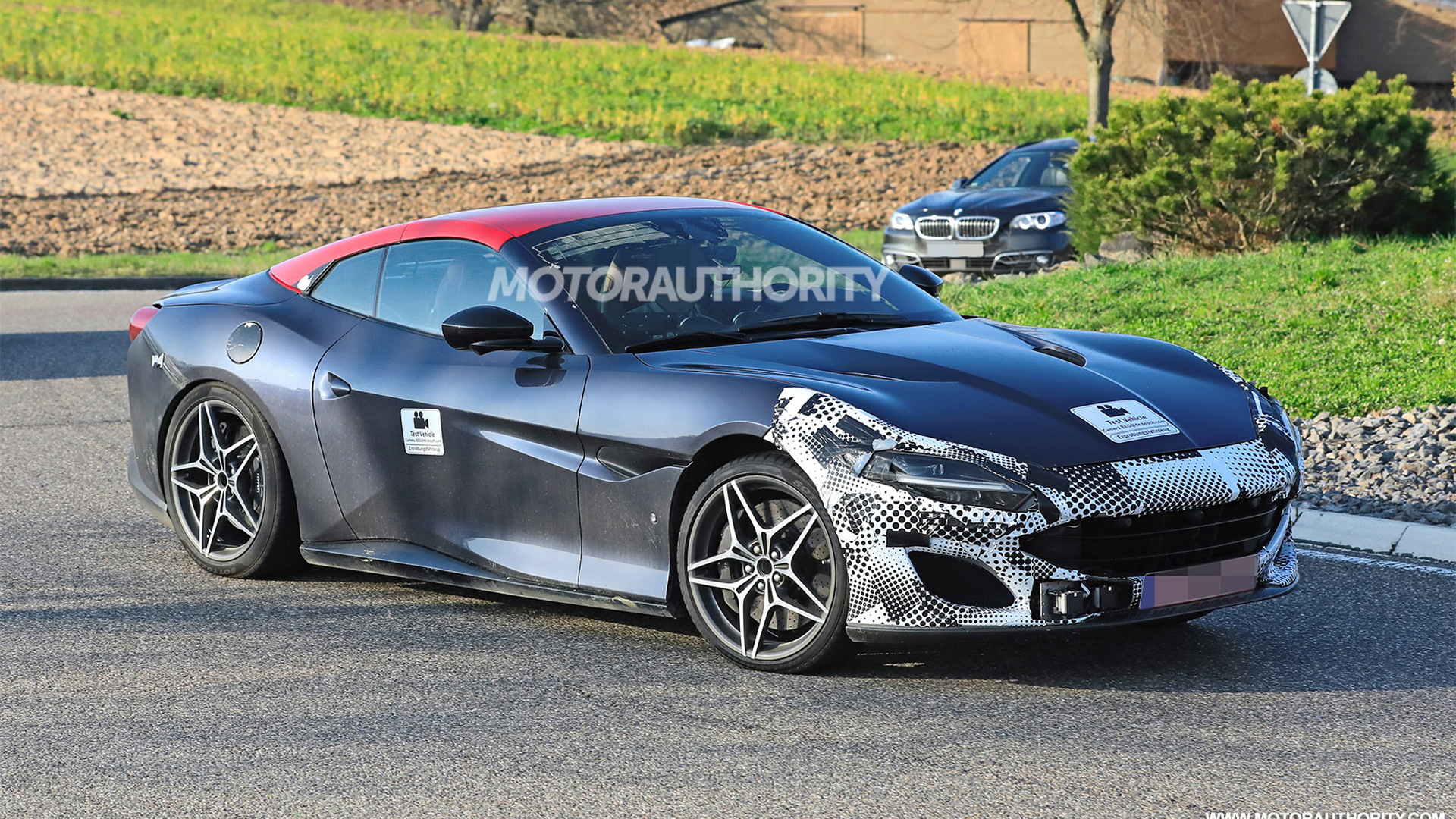 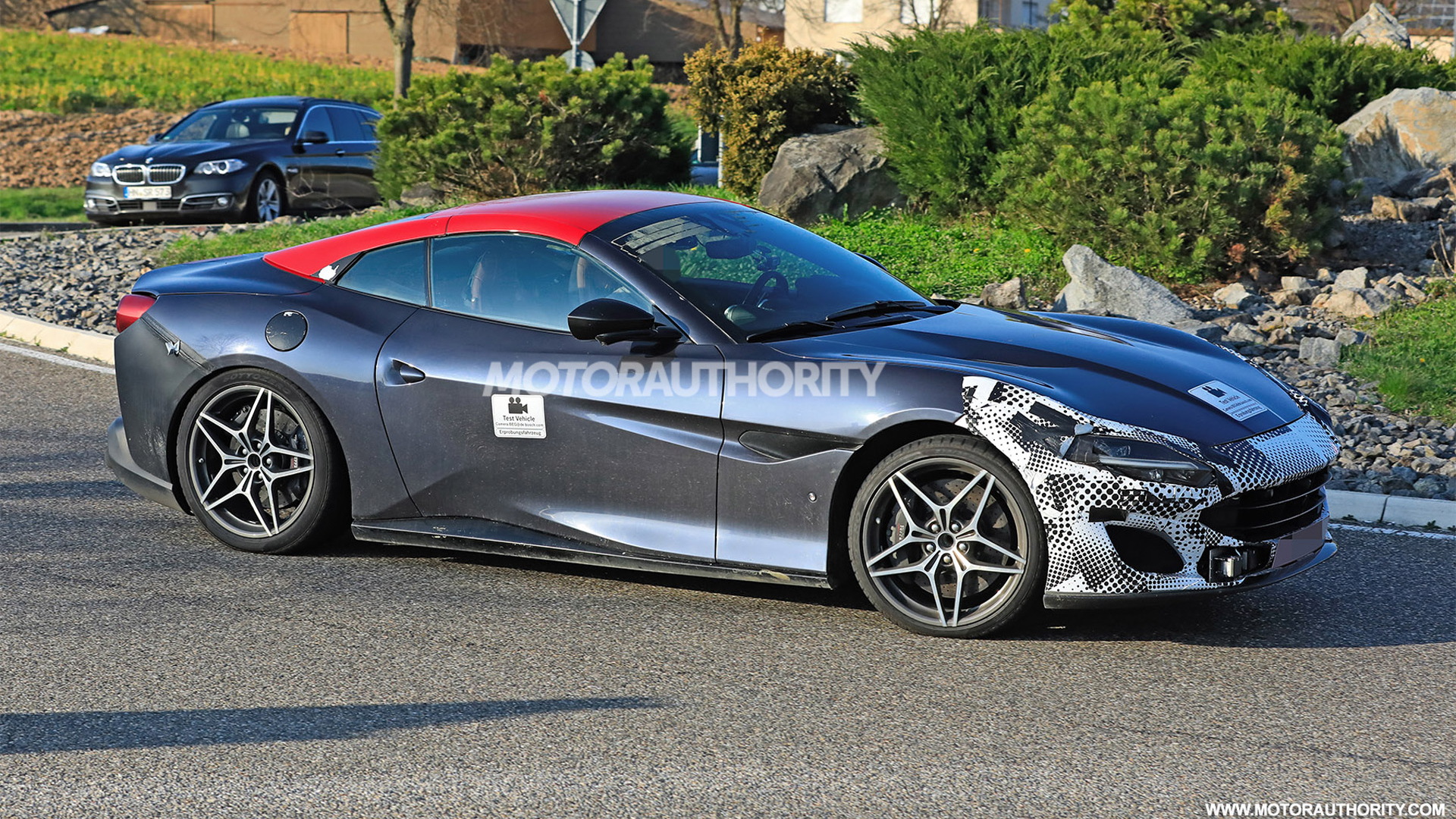 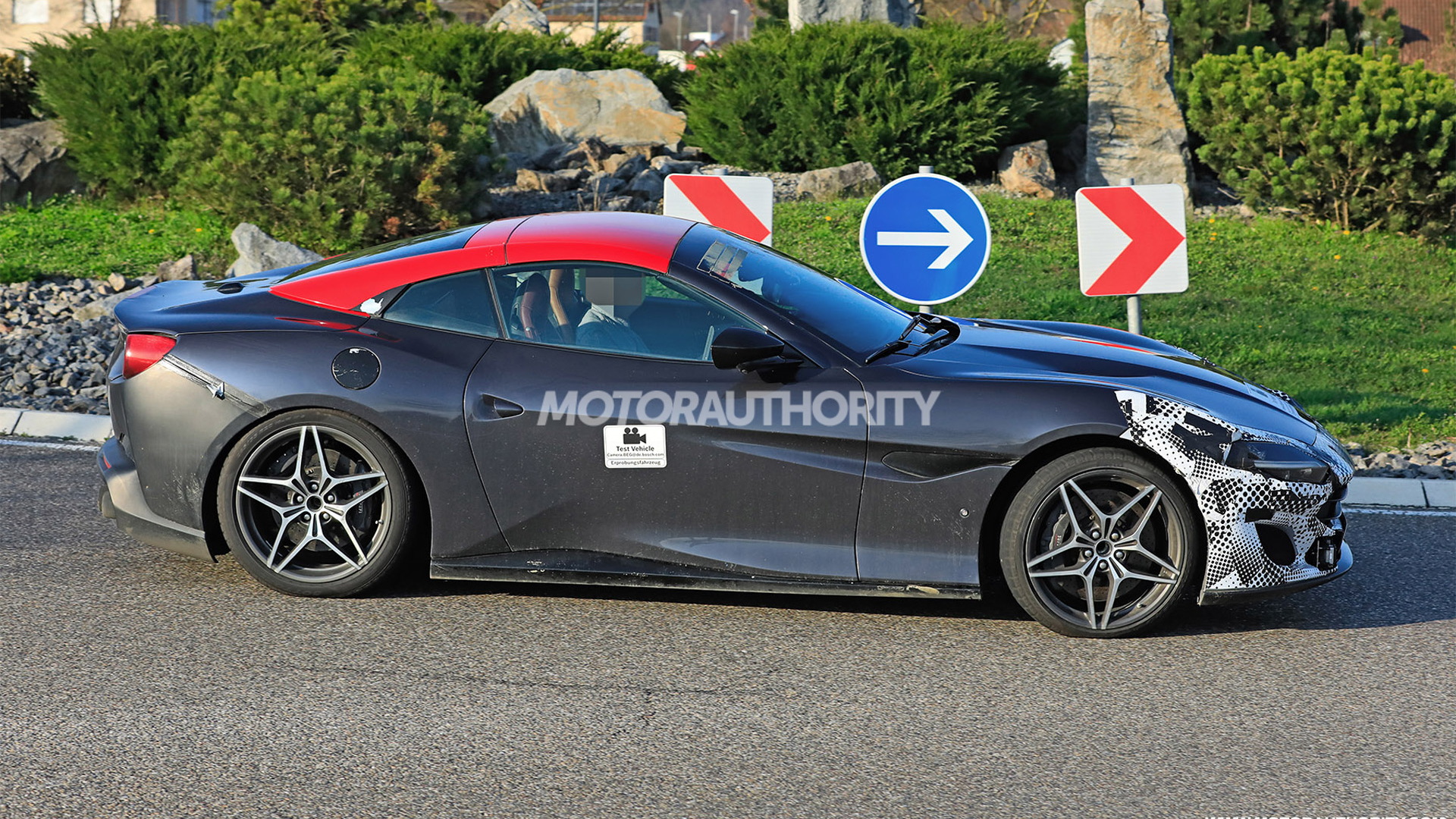 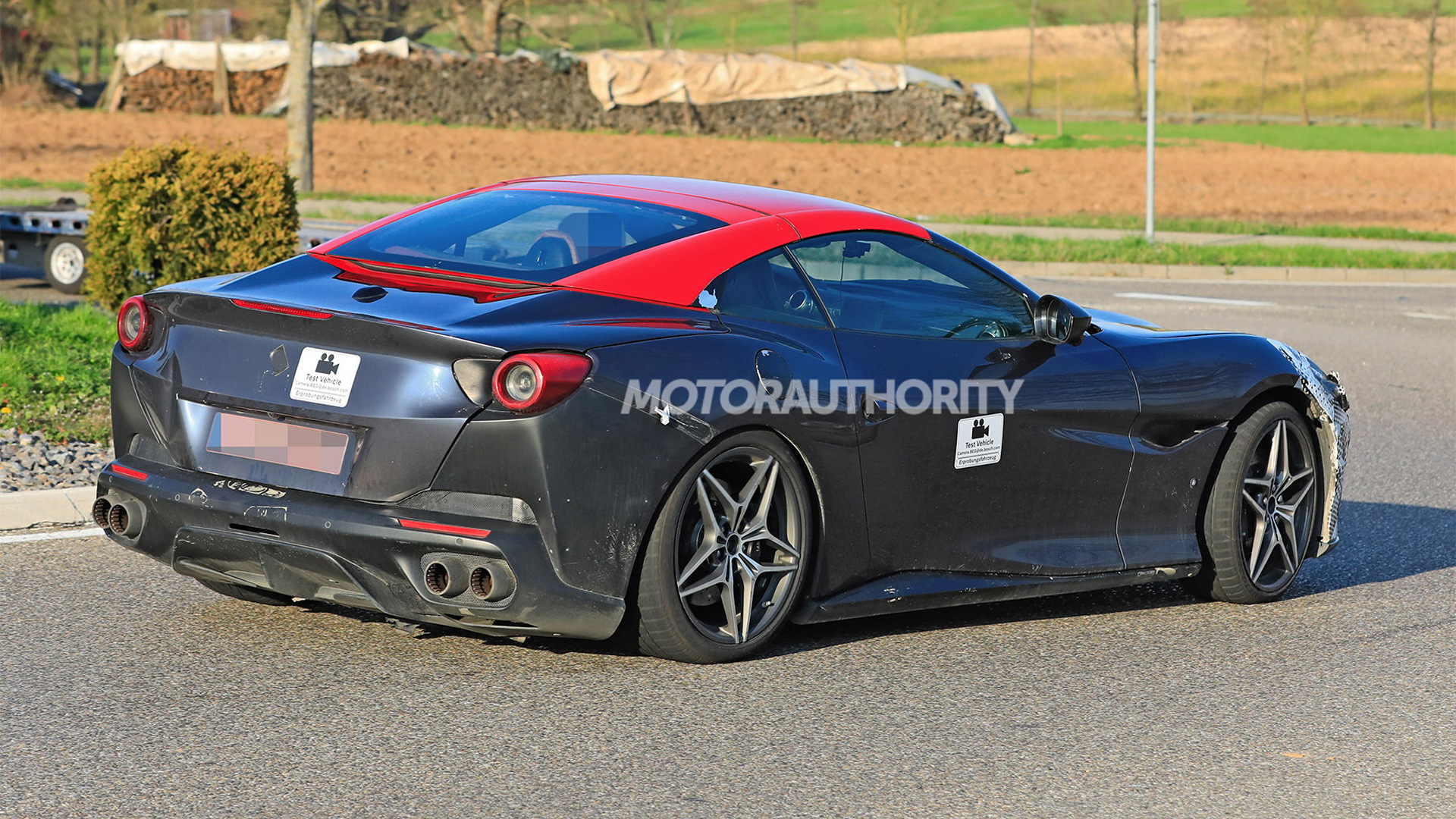 Ferrari's Portofino only arrived on the scene two years ago but an updated version of the entry-level convertible is already being tested.

A prototype for a Portofino with a revised front end has been spotted. The tester sports similar headlights to those fitted to the related Roma coupe, as well as a new front fascia and grille.

A debut late this year or early next is possible and right now it isn't clear whether the updated car will go by a new name or stick with the current one.

There isn't a clear shot of the interior but we wouldn't be surprised to see Ferrari install the much more elegant dash of the Roma. The dash is divided by a floating center console which houses the gear selector (styled to resemble a gated manual gearbox) and a compact infotainment display screen.

The prototype's roof is a retractable hardtop like on the current Portofino, and we can see that the tester wears carbon-ceramic brake rotors. The Portofino is Ferrari's entry-level model, but there's nothing entry-level about it. It can sprint to 60 mph in 3.5 seconds or less and can handle itself on the track when needed.

Ferrari finished off 2019 with the launch of five new cars, but if you thought the Prancing Horse was about to take a breather, you'd be wrong.

Recall, CEO Louis Camilleri said during a 2018 investor meeting that Ferrari will introduce 15 new models by 2022. One of those will be the Purosangue SUV, which is due toward the end of that timeframe. It appears another will be this updated Portofino.