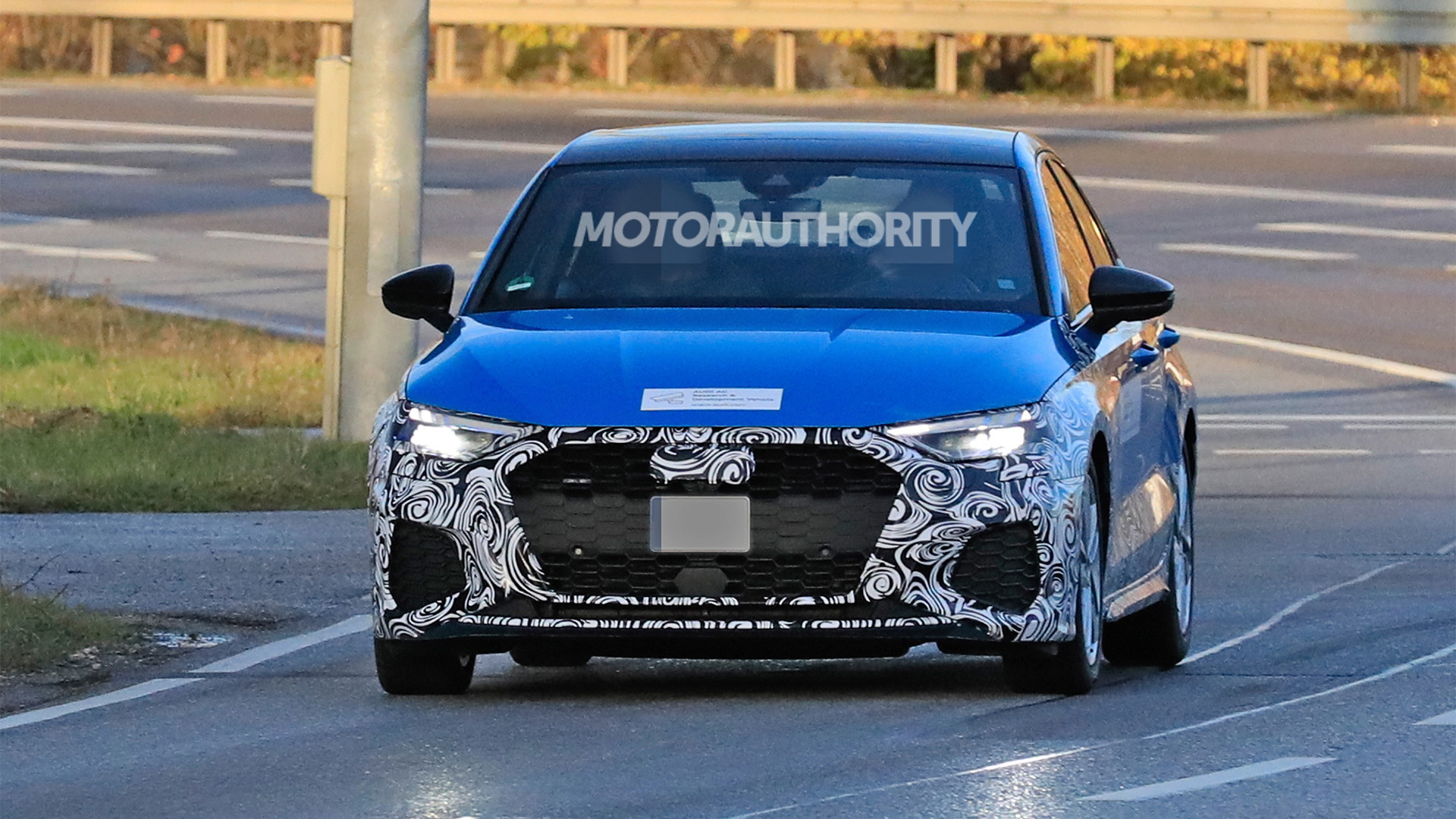 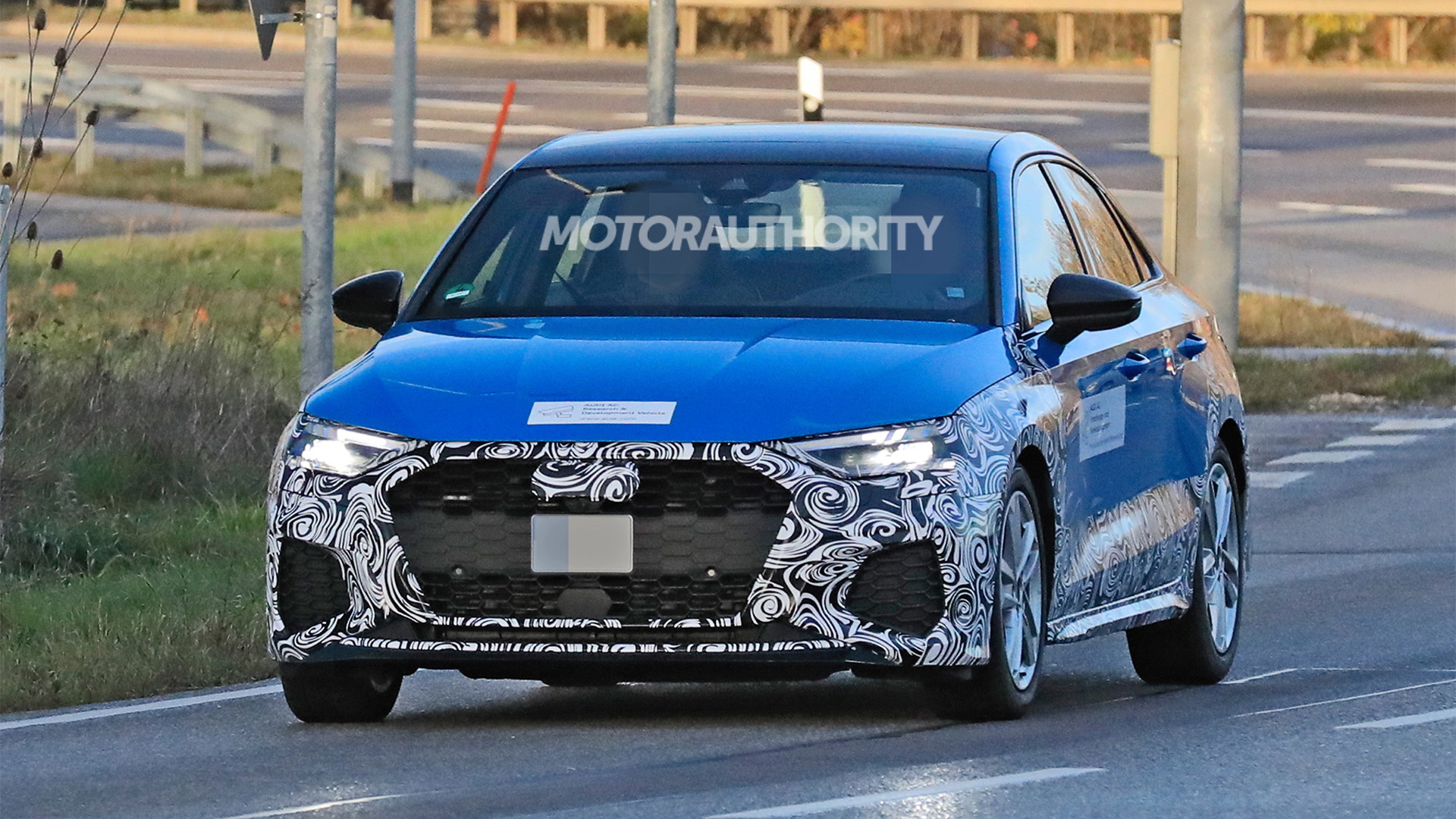 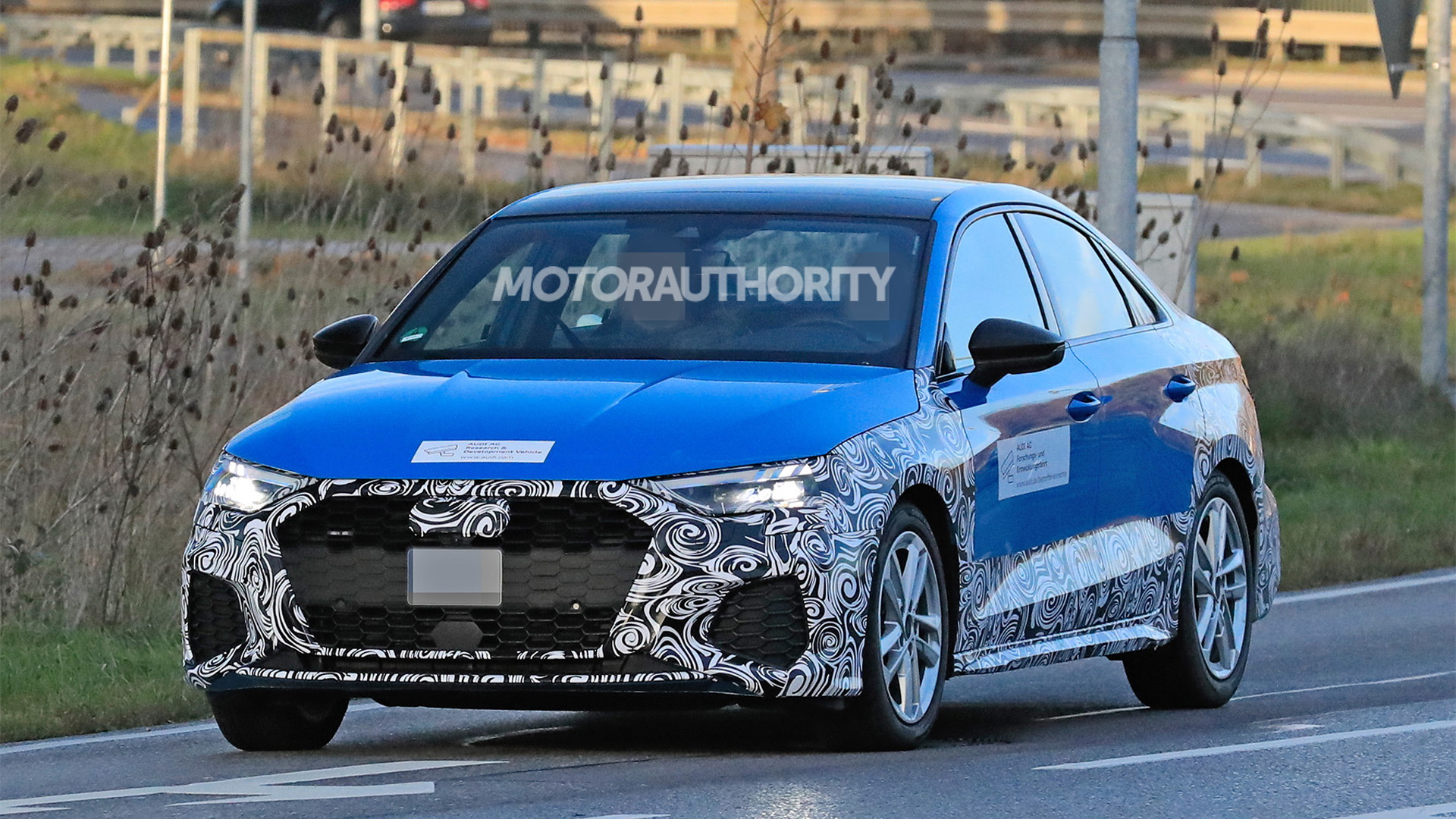 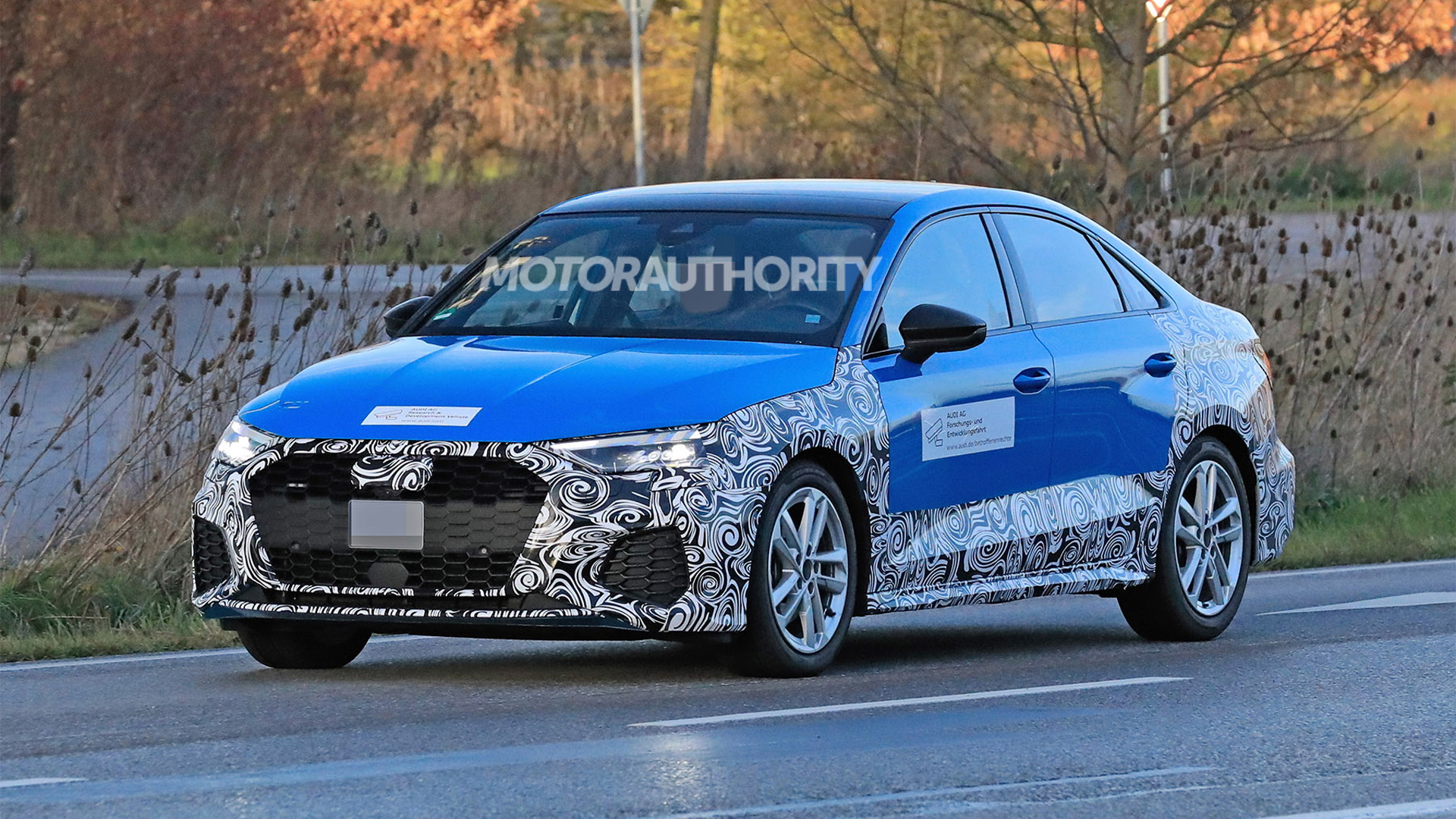 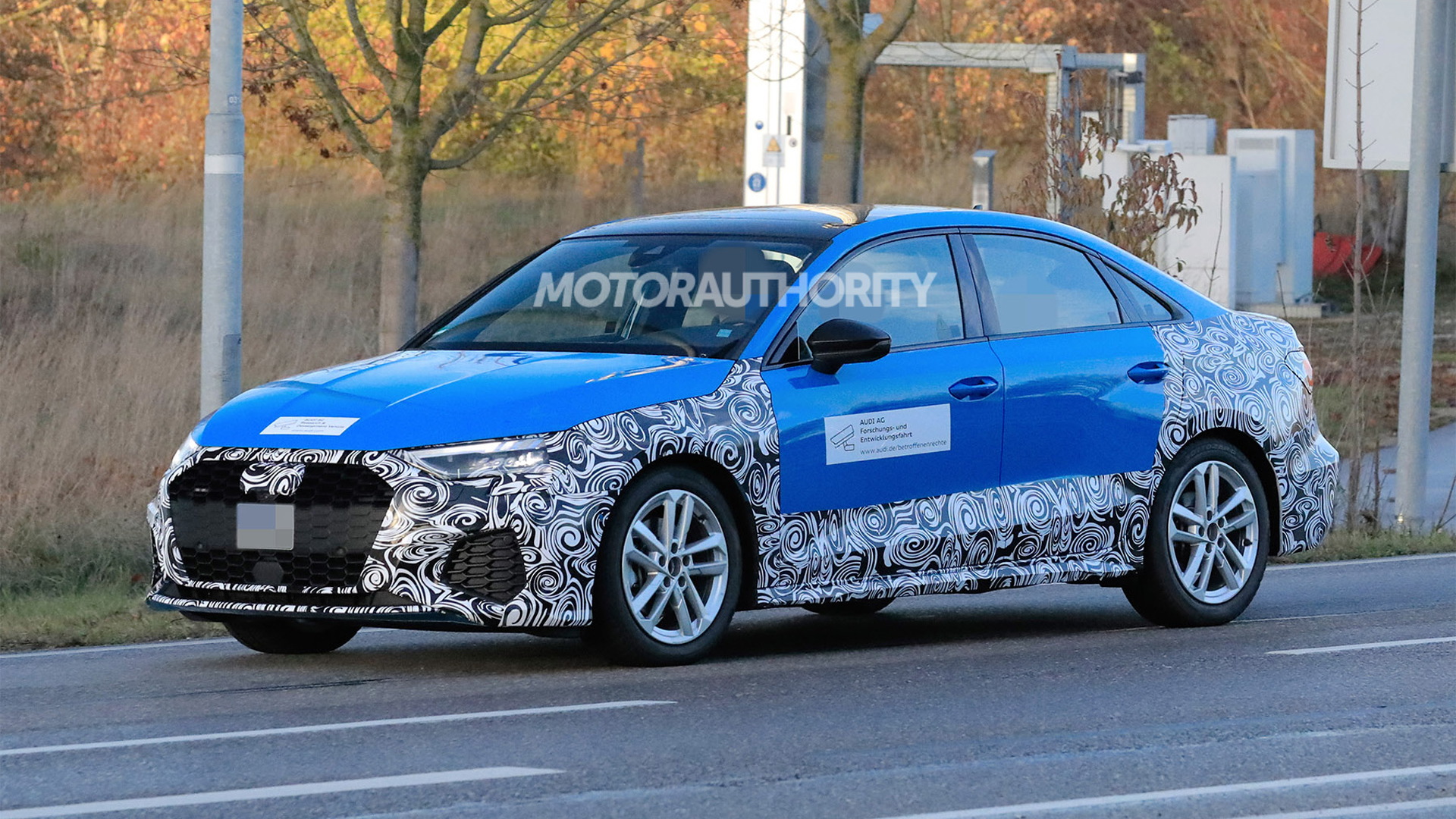 Audi's latest A3 only started sales in the U.S. last fall, but an updated version of the compact sedan is already out testing. That's because the latest A3 has been on sale outside the U.S. since 2020, meaning it should be due for a mid-cycle update by late 2023 or early the following year. We'll likely see it arrive in the U.S. in 2024 as a 2025 model.

Our latest spy shots show a prototype for the sedan. Prototypes for the A3 Sportback hatchback sold overseas should also be out testing. The styling tweaks visible on the prototype are subtle. The design of the front fascia has been revised around the side intake area, while at the rear there's a new graphic in the taillights and vertical reflectors at either side of the rear fascia.

The latest A3, which represents the fourth generation of the nameplate, is based on an updated version of Volkswagen Group's front-wheel-drive MQB modular platform. It's basically a twin under the skin with the latest Volkswagen Golf, which is due to be updated about the same time as the Audi. We also have spy shots of the updated Golf. 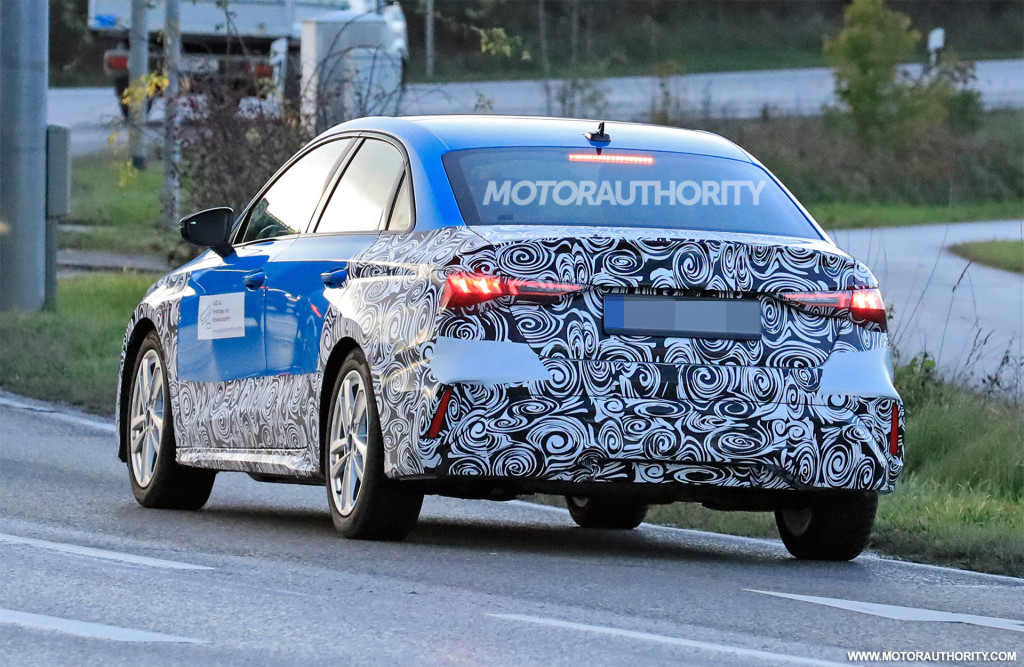 It's unclear whether any changes are planned in the powertrain department. The A3 is offered in the U.S. with a 2.0-liter turbo-4 mated to a mild-hybrid system and 7-speed dual-clutch transmission, with a peak output of 201 hp and 236 lb-ft of torque. Front-wheel drive is standard and all-wheel drive is available.

Audi is also working on a high-riding A3 Sportback that will likely be introduced alongside the updated A3 range. While the A3 Sportback isn't sold in the U.S., the high-riding version has a better chance to be brought over along the lines of the A4 Allroad and A6 Allroad.