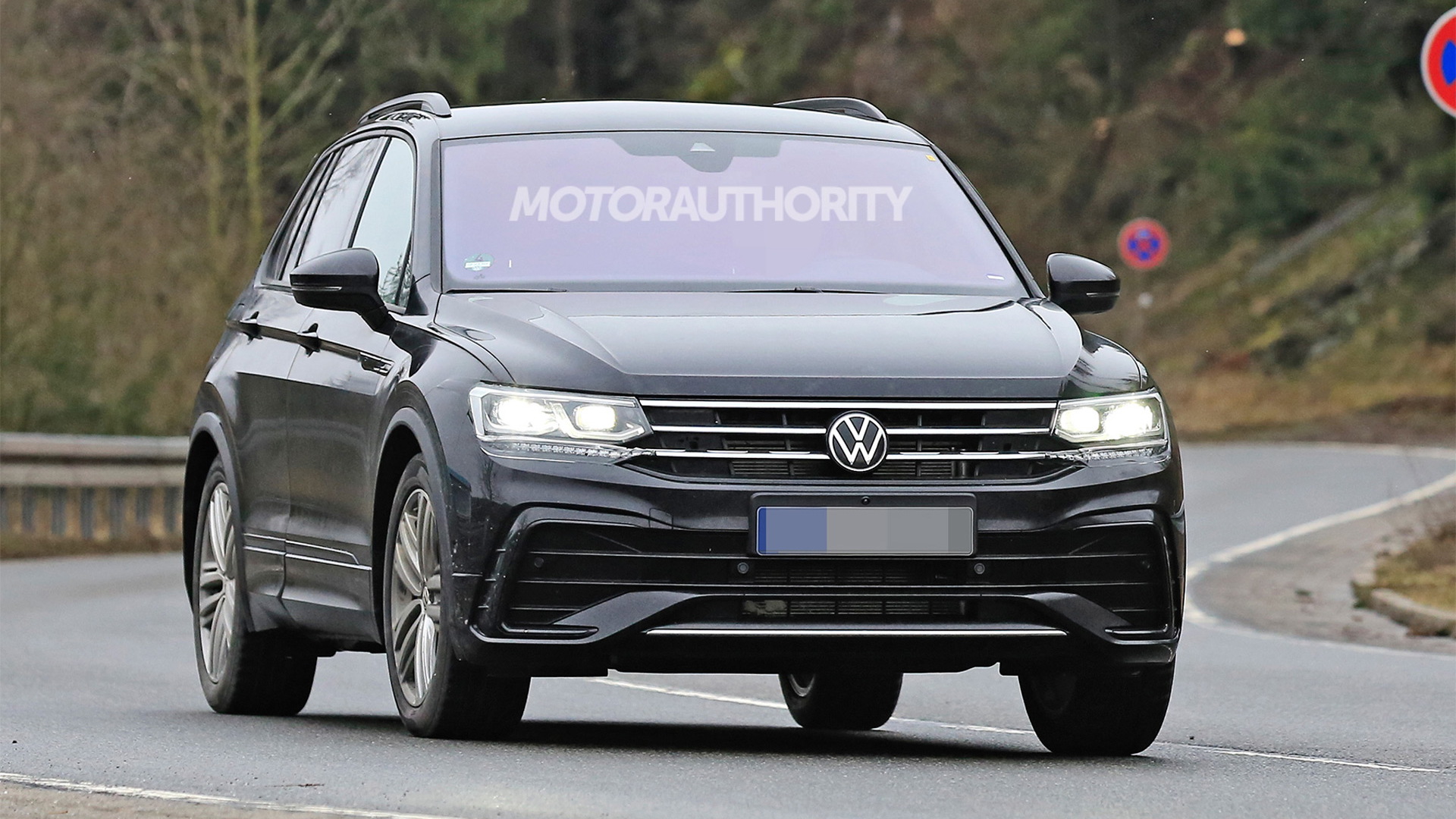 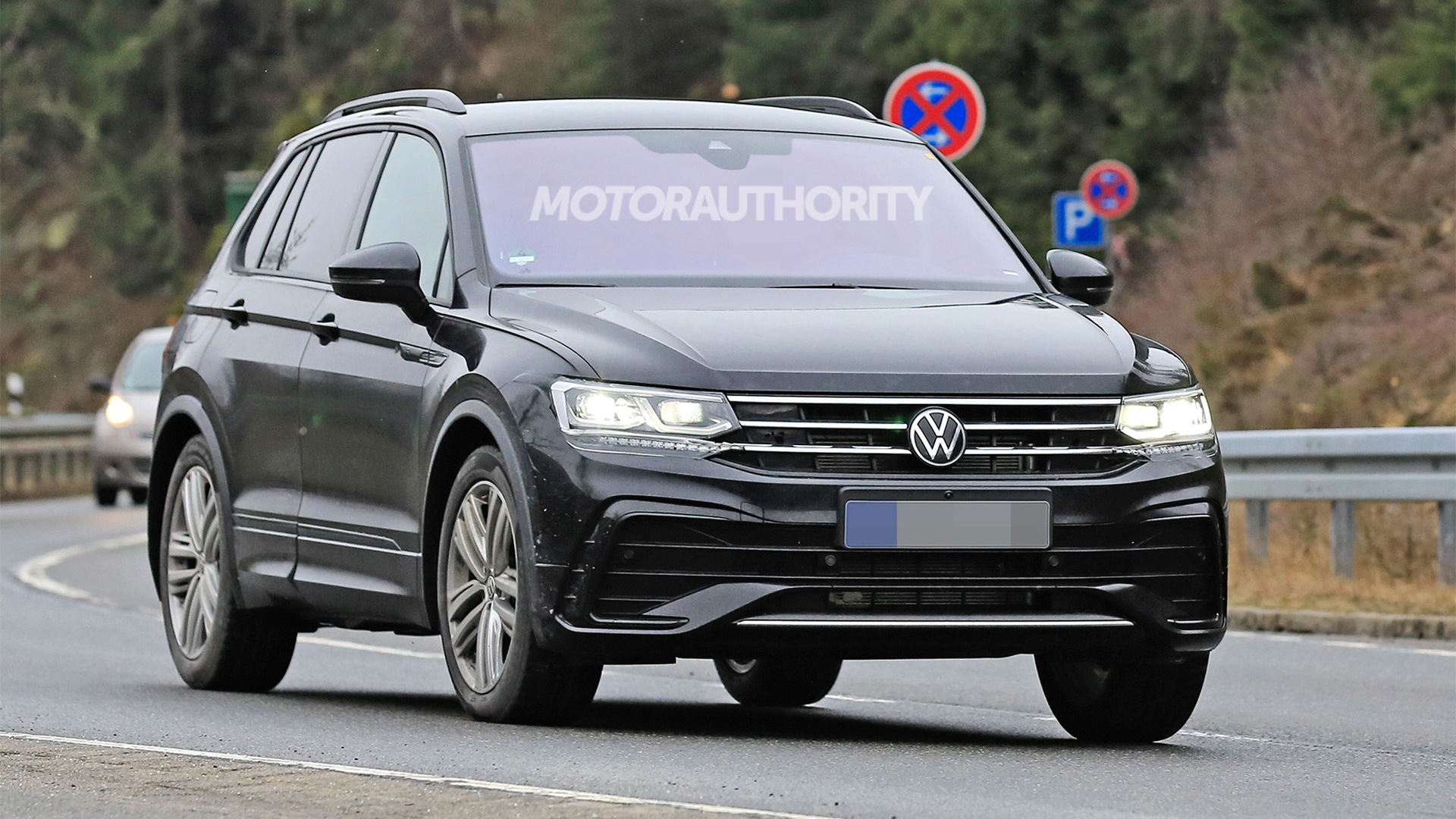 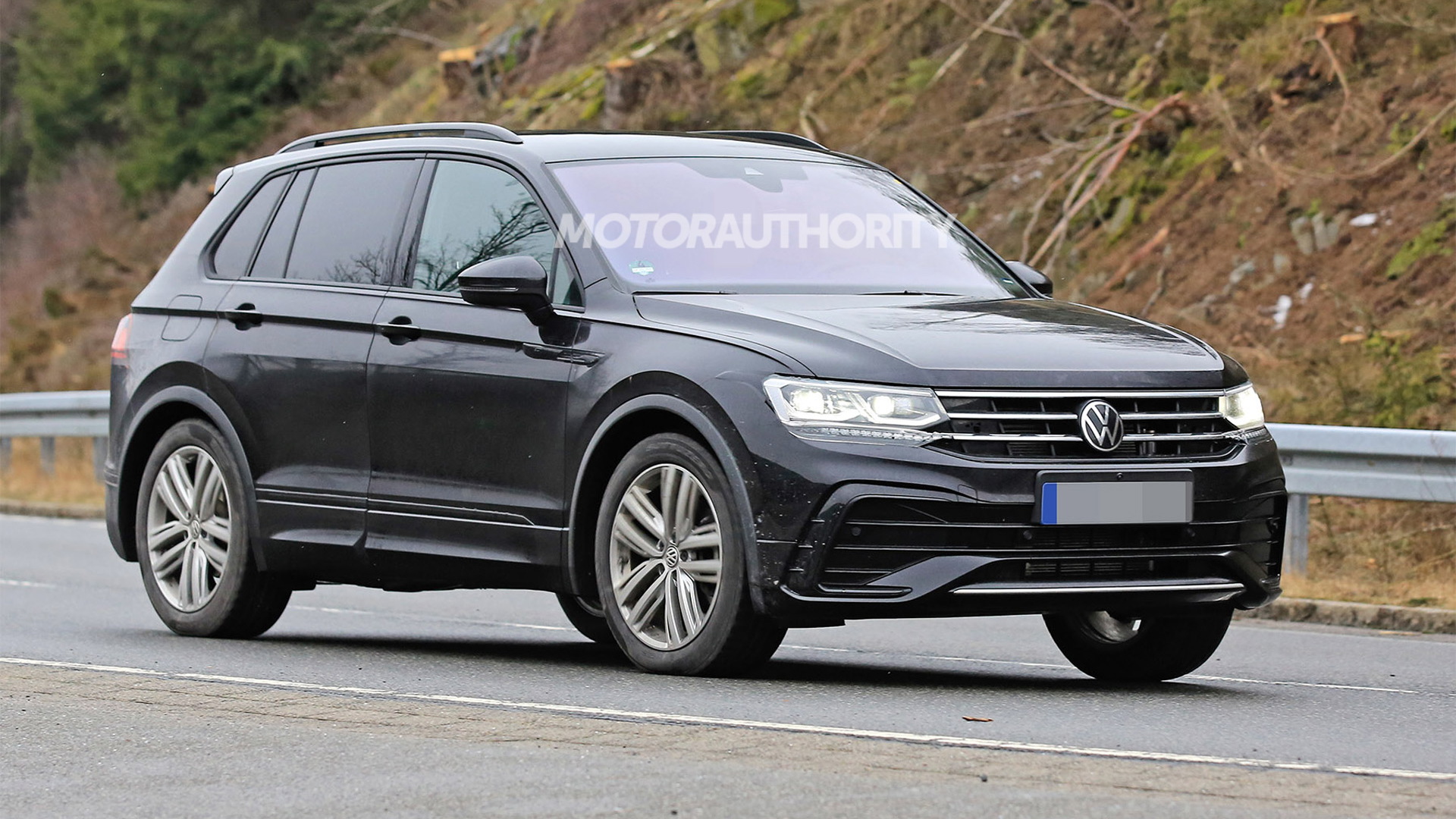 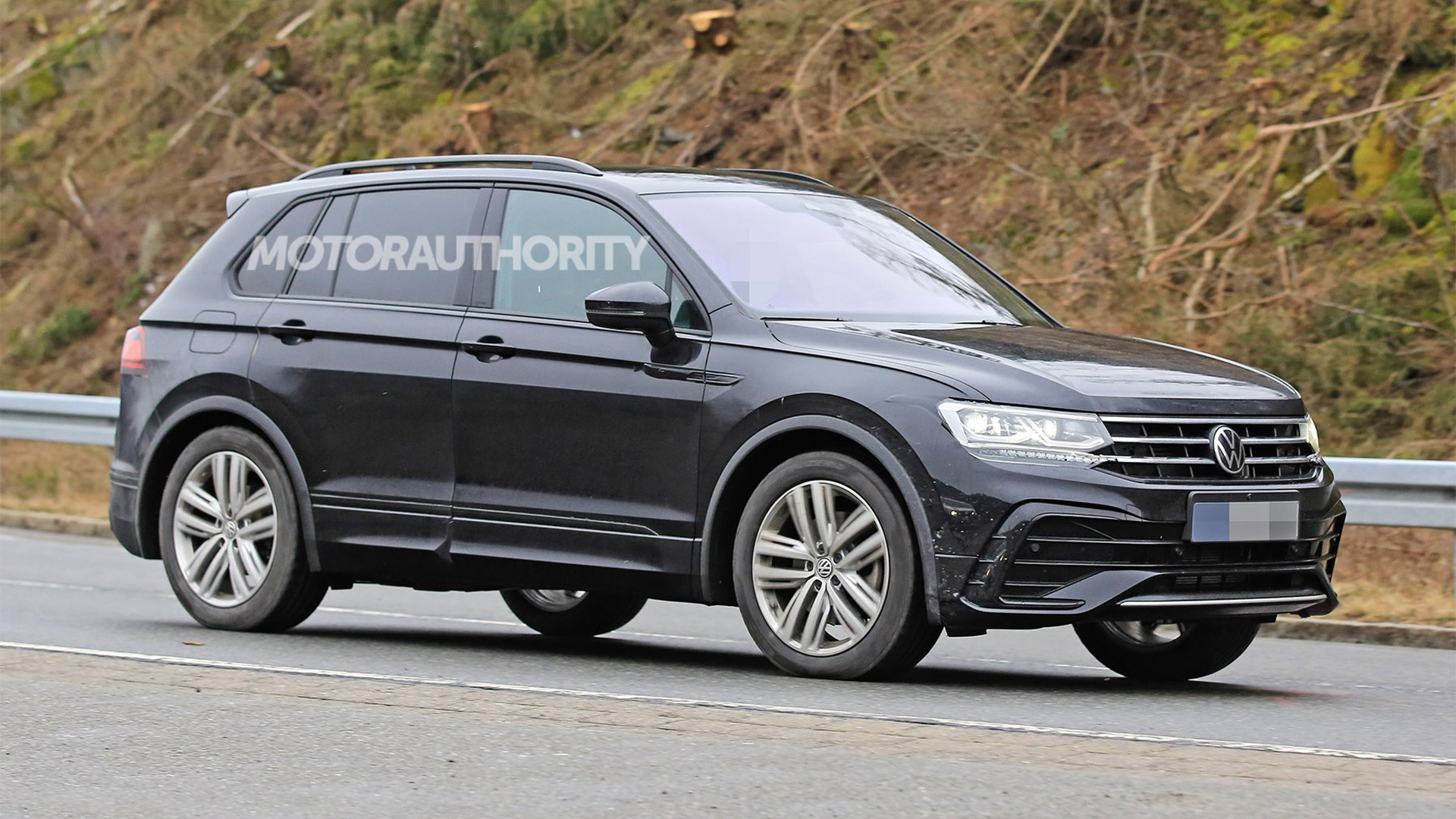 Volkswagen's Tiguan is a great choice for young families looking for a roomy SUV but who are not quite ready to move up to a mid- or full-size offering.

An updated version will soon arrive as a prototype wearing barely any camouflage gear has been spotted.

The current Tiguan only arrived in 2017 but has been on sale overseas since 2015, thus it's not surprising to see an updated version testing in the wild.

The prototype reveals that the updated Tiguan will sport revised fascias front and rear and new internals for the headlights. The prototype is for the standard wheelbase version sold overseas but similar tweaks should appear on the long-wheelbase Tiguan we get here in the United States.

There will likely also be an updated interior with a much more advanced infotainment system utilizing a bigger screen. The latest electronic driver-assist features should also be fitted.

The big news is what will be happening in the powertrain department. Plug-in hybrid and high-performance options are likely to be included with this update.

A prototype for what's likely to be a Tiguan R has also been spotted. This variant should feature the same powertrain as the Golf R, meaning a 2.0-liter turbocharged inline-4 good for 296 horsepower and 295 pound-feet of torque. All-wheel drive and a 7-speed dual-clutch transmission should also form part of the package.

As for the plug-in hybrid variant, look for a small turbo engine working with a single electric motor. A battery of around 14 kilowatt-hours should also feature, allowing for an electric range of roughly 20 miles.

Look for the updated Tiguan to debut later this year as a 2021 model.