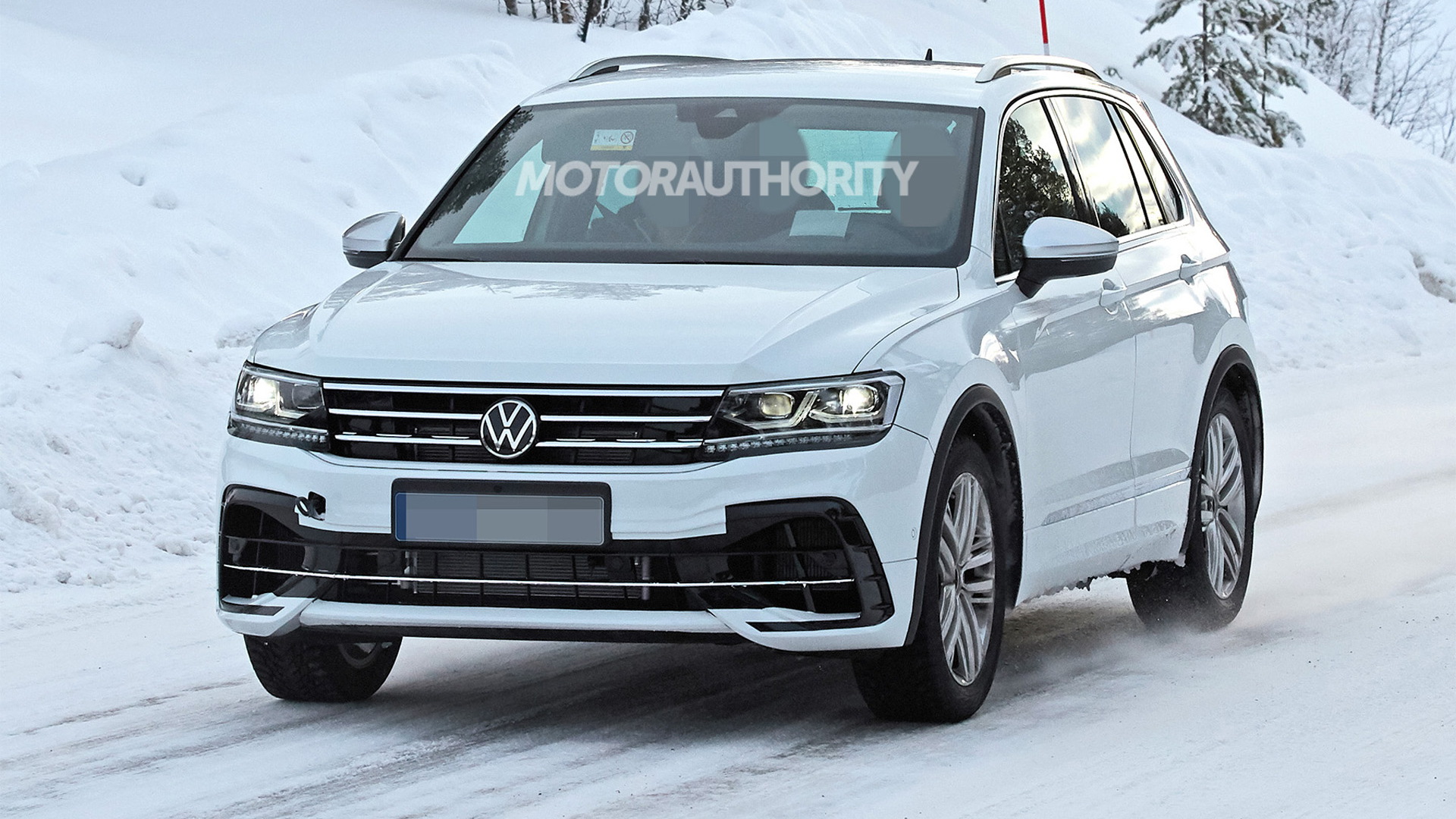 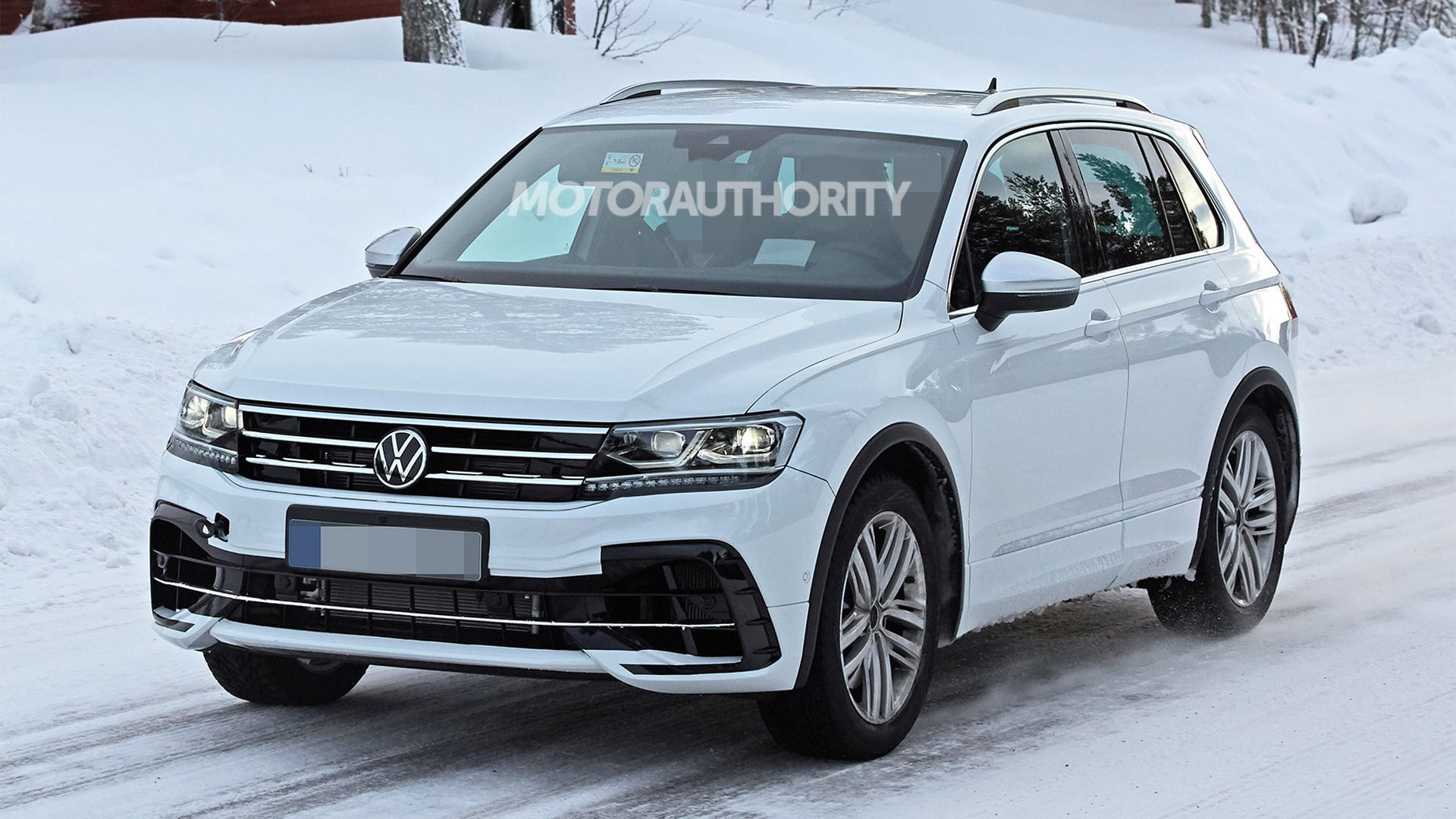 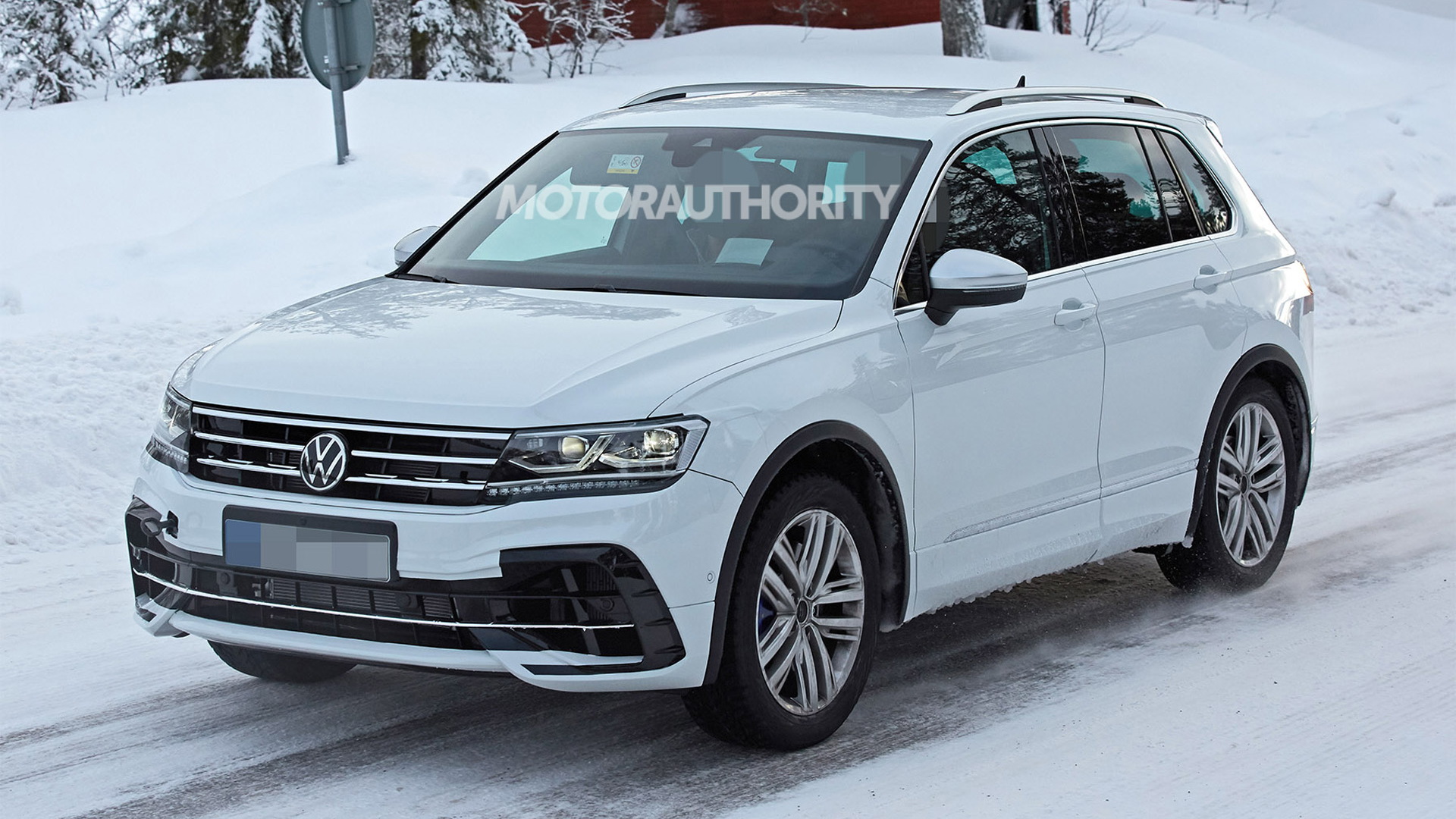 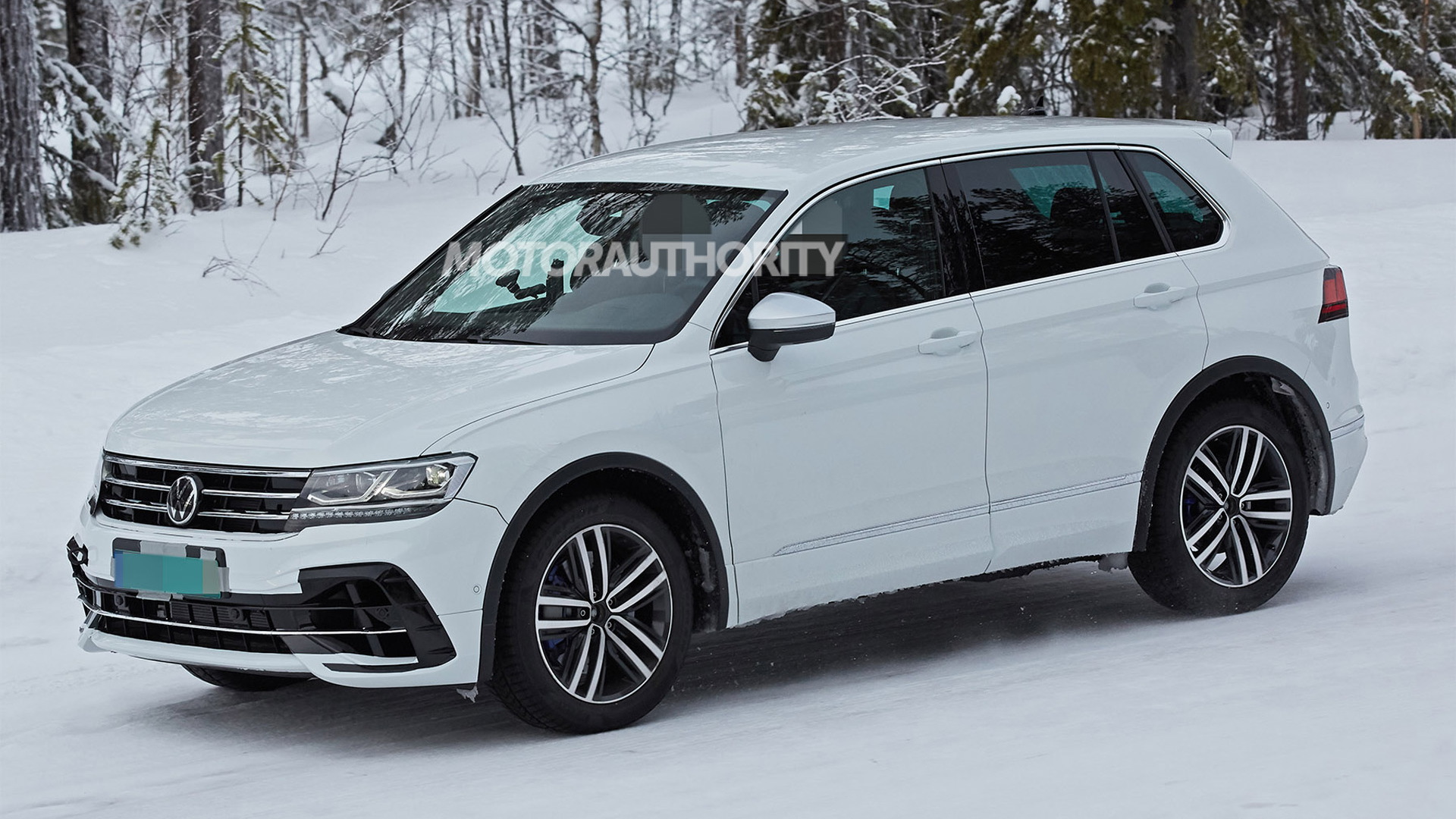 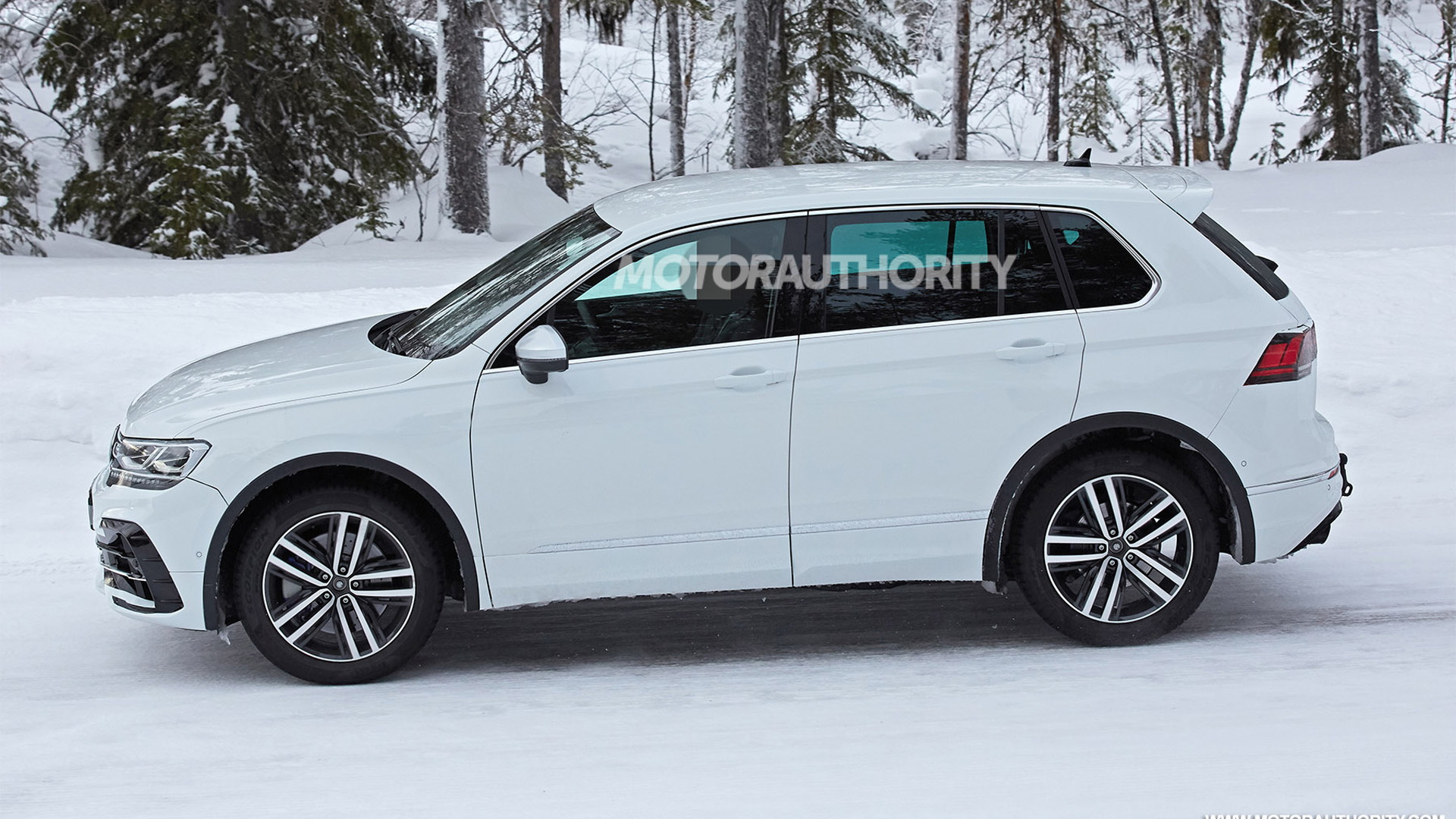 The Volkswagen R performance division looks to be readying a new addition to its lineup based on the Tiguan small SUV.

A prototype for what's likely to be a Tiguan R has been spotted and is wearing barely any camouflage gear, suggesting that VW's go-fast division will soon launch another SUV. The division only last year launched the T-Roc R in the compact segment.

The prototype may look like a regular Tiguan equipped with the SUV's available R-Line sport appearance package. However, a closer inspection reveals a set of quad-exhaust tips with the same design as the exhausts on the T-Roc R and Golf R. This suggests the same 2.0-liter turbocharged inline-4 powering those other models is featured here.

The engine delivers 296 horsepower and 295 pound-feet of torque and is normally mated to a 7-speed dual-clutch transmission and all-wheel-drive system. We suspect a similar setup sits in the Tiguan R. 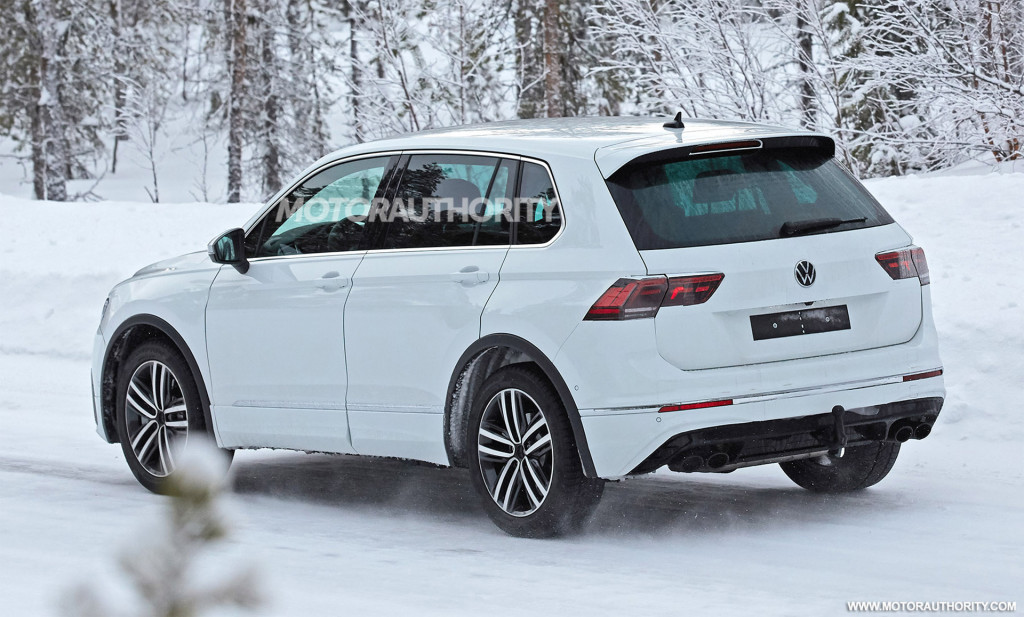 Look for the Tiguan R to make its debut later this year as a 2021 model. Before you get too excited, we should point out that the prototype is based on the short-wheelbase Tiguan sold overseas, meaning we likely won't see the Tiguan R here. We also miss out on the T-Roc R since the regular T-Roc isn't sold here either.

When the Tiguan R arrives, we should also see a facelifted Tiguan range. You'll notice that the grille has been revised and there are new internals for the lights at both ends on the prototype. These tweaks, and other updates, should appear across the Tiguan range for the 2021 model year.