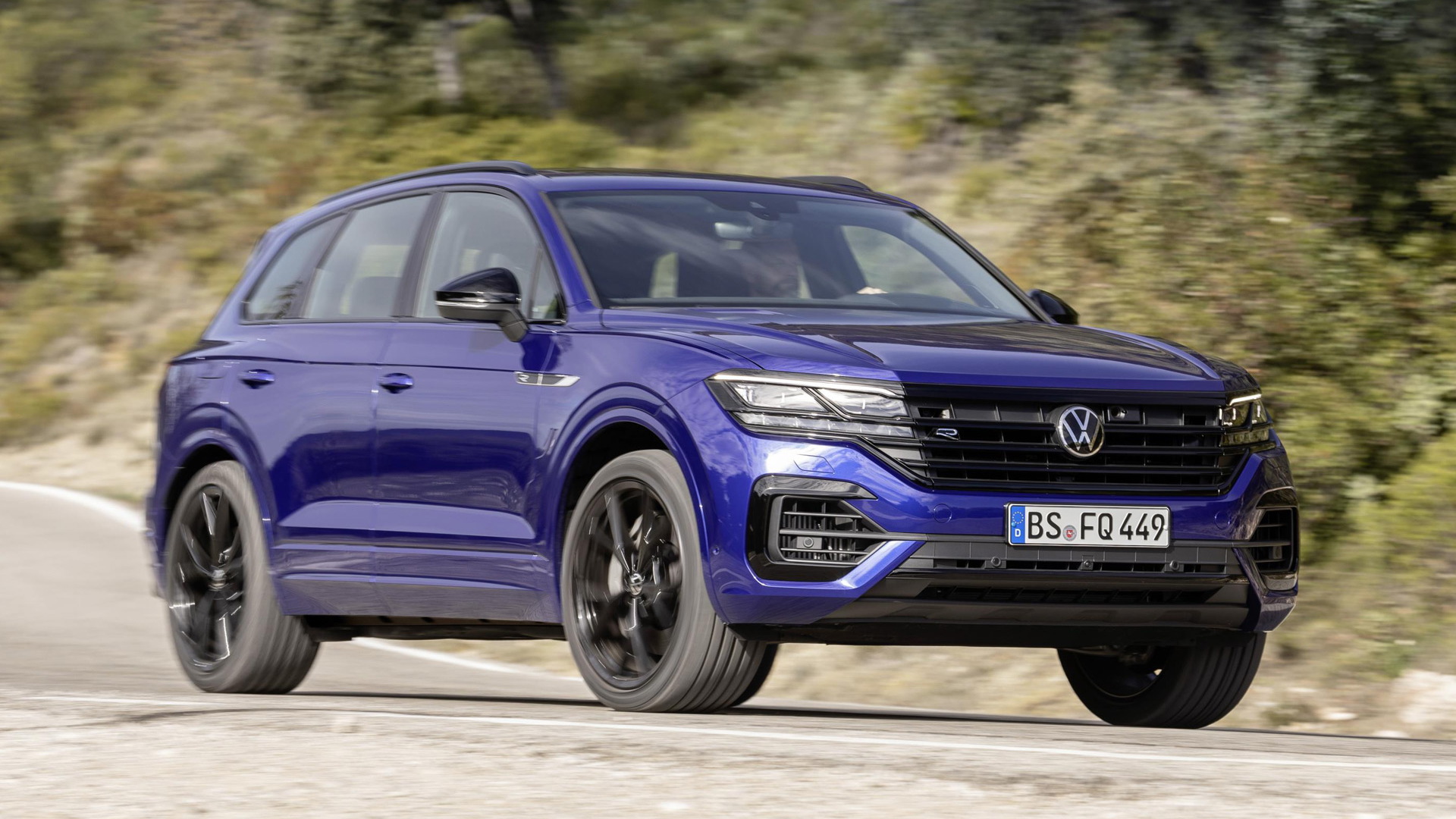 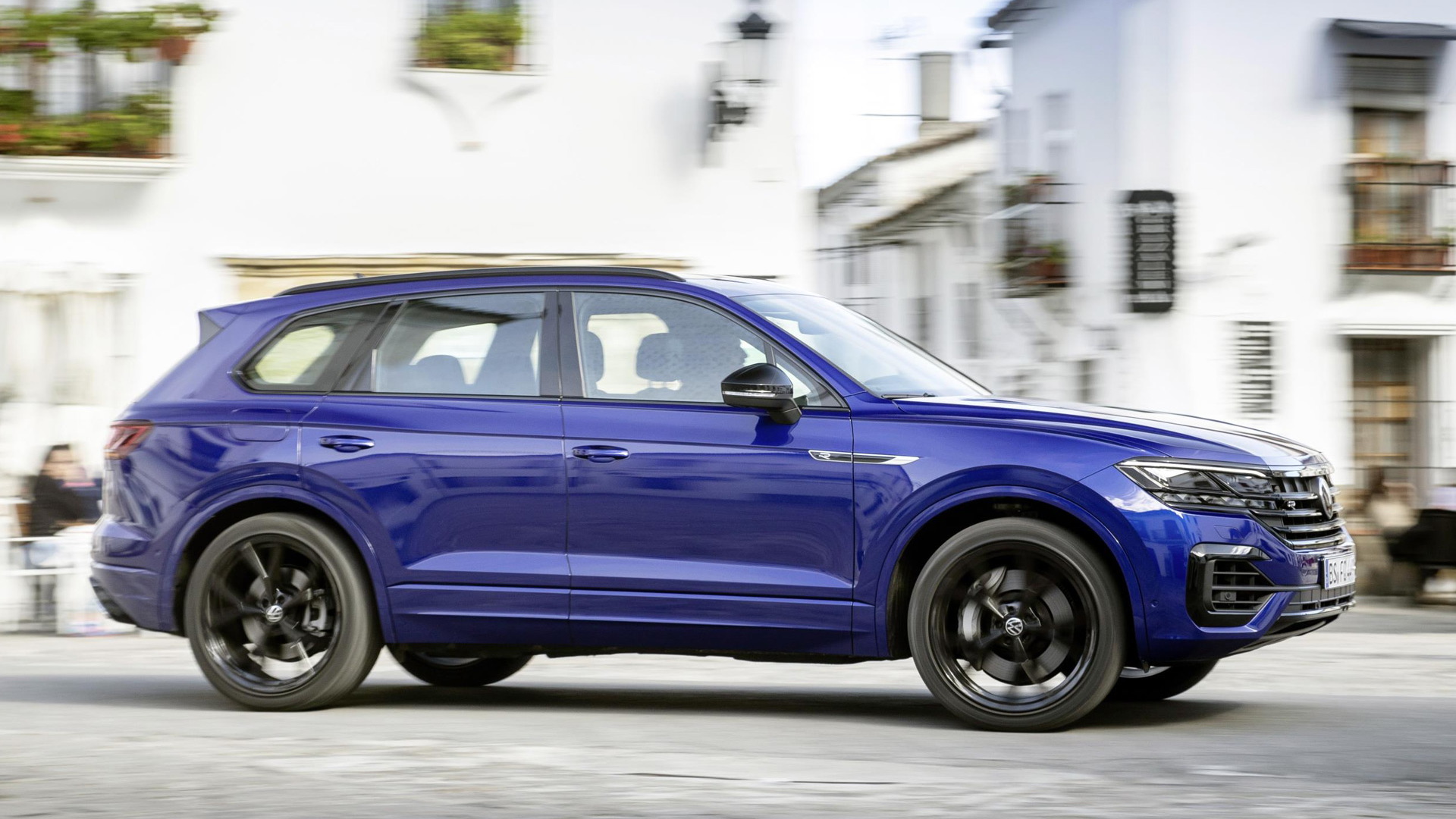 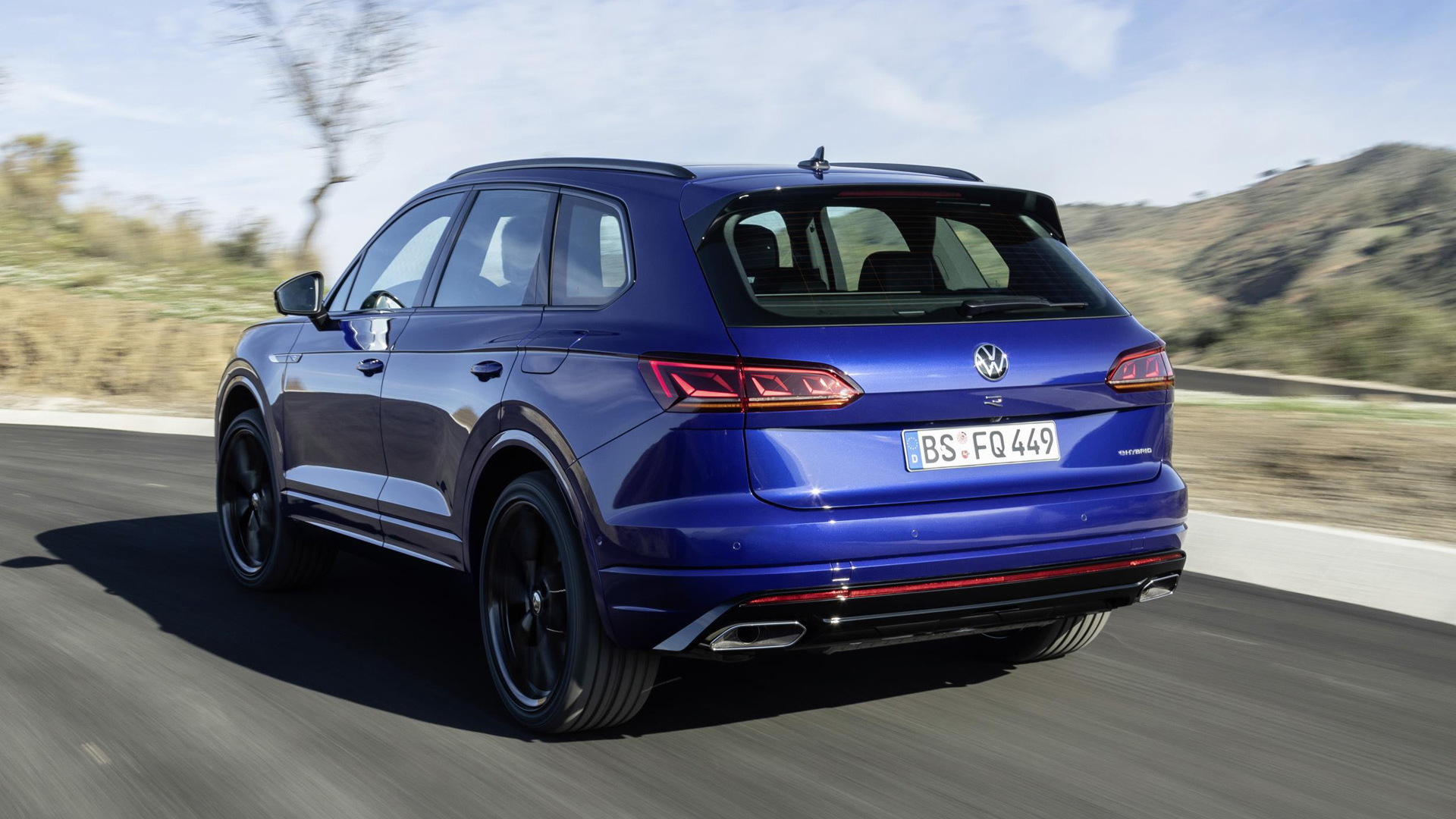 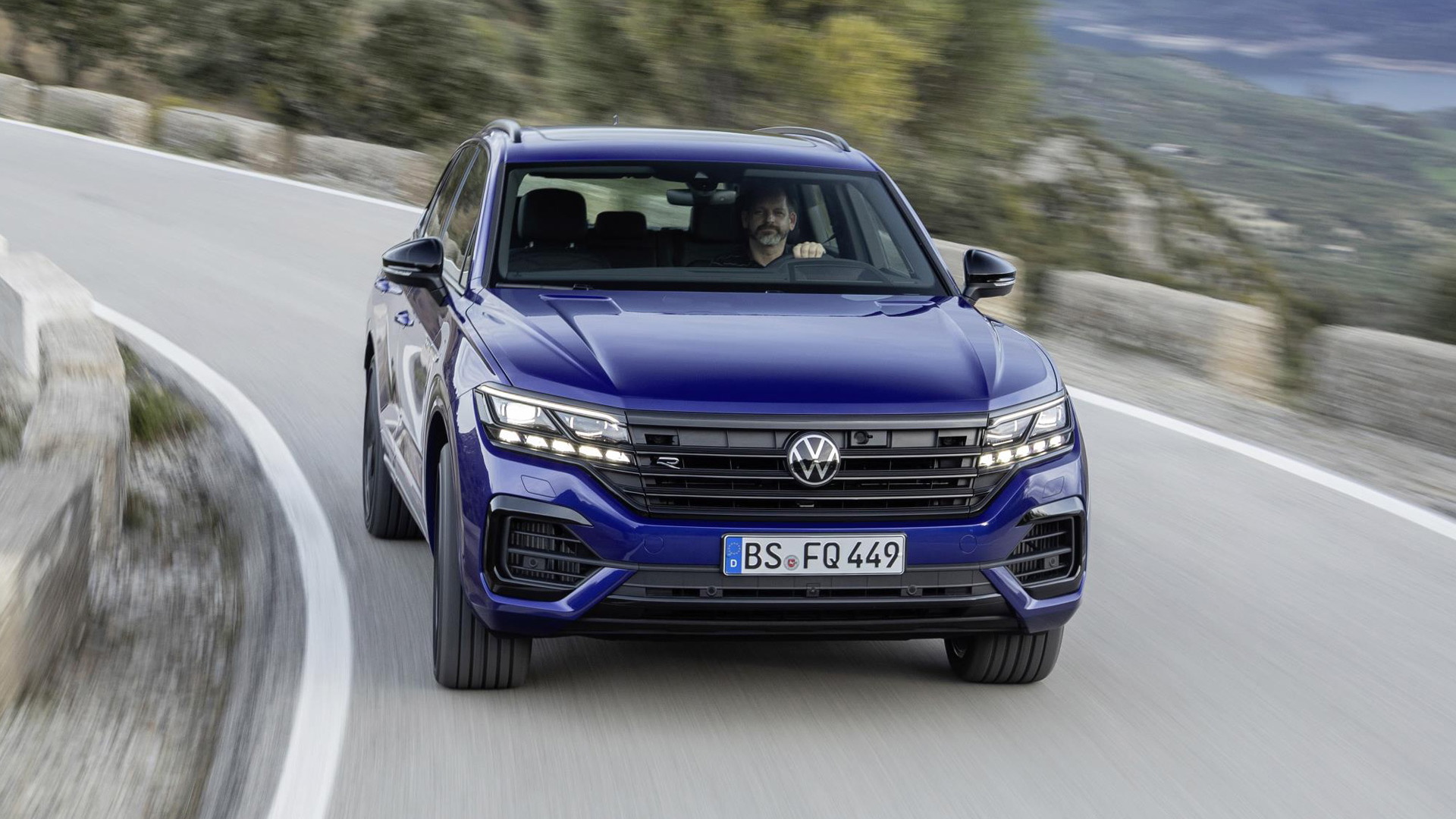 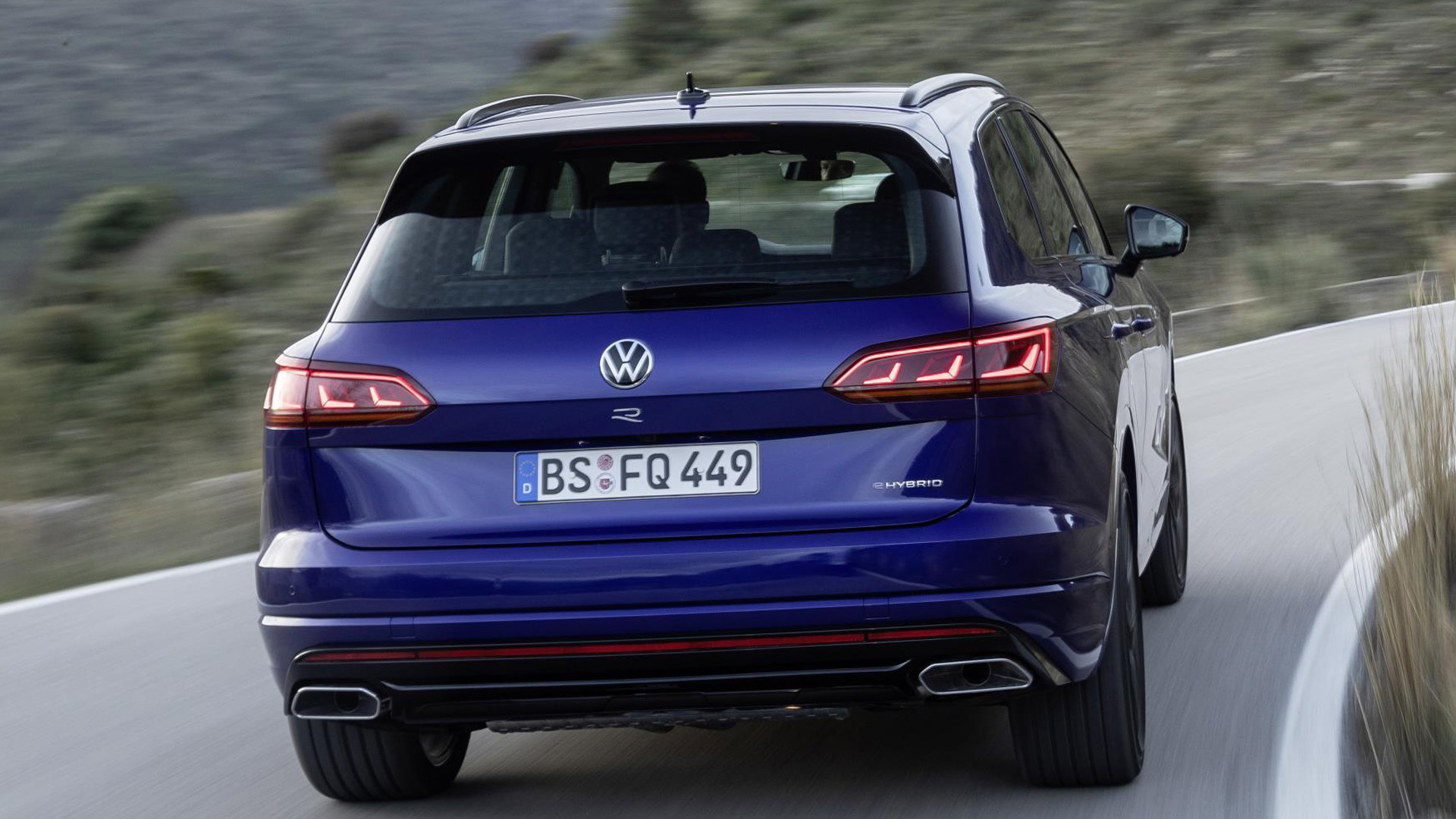 Volkswagen's R performance skunkworks has been making noise in recent years about its future being electrified, and now it's gone and launched its first hybrid in the form of the Touareg R.

The Touareg R joins the Golf R and T-Roc R in an expanding lineup at the R division and comes powered by a plug-in hybrid powertrain good for 455 horsepower and 516 pound-feet of torque.

The powertrain consists of a 3.0-liter turbocharged V-6 paired with a single electric motor, with drive routed to all four wheels via an 8-speed automatic transmission. The electric motor is rated at 134 hp and can power the vehicle on its own thanks to a sizeable 14.1-kilowatt-hour lithium-ion battery. The top speed in electric mode is 87 mph, and with both power sources running it moves up to 155 mph.

Beyond the powertrain, the Touareg R benefits from a black styling package, 20-inch wheels (21-inch available), leather trim with contrast stitching, and numerous “R” logos including on the steering wheel and stainless-steel treadplates.

And like all Touareg models, the Touareg R comes with plenty of electronic driver-assist features as standard. These include night vision, traffic sign recognition, and a highway assist feature that can control a vehicle in a lane at speeds of up to 155 mph but requires the driver to monitor for emergencies.

The Touareg R makes its world debut next week at the Geneva International Motor Show and will commence sales in the second half of 2020. It won't reach the United States though, since the latest generation of the Touareg was never launched here.

Looking further out to the future, Volkswagen R is set to introduce more plug-in hybrids and eventually fully electric models. Rumor has it the first EV will be a sports car developed using lessons learned from the ID R program.