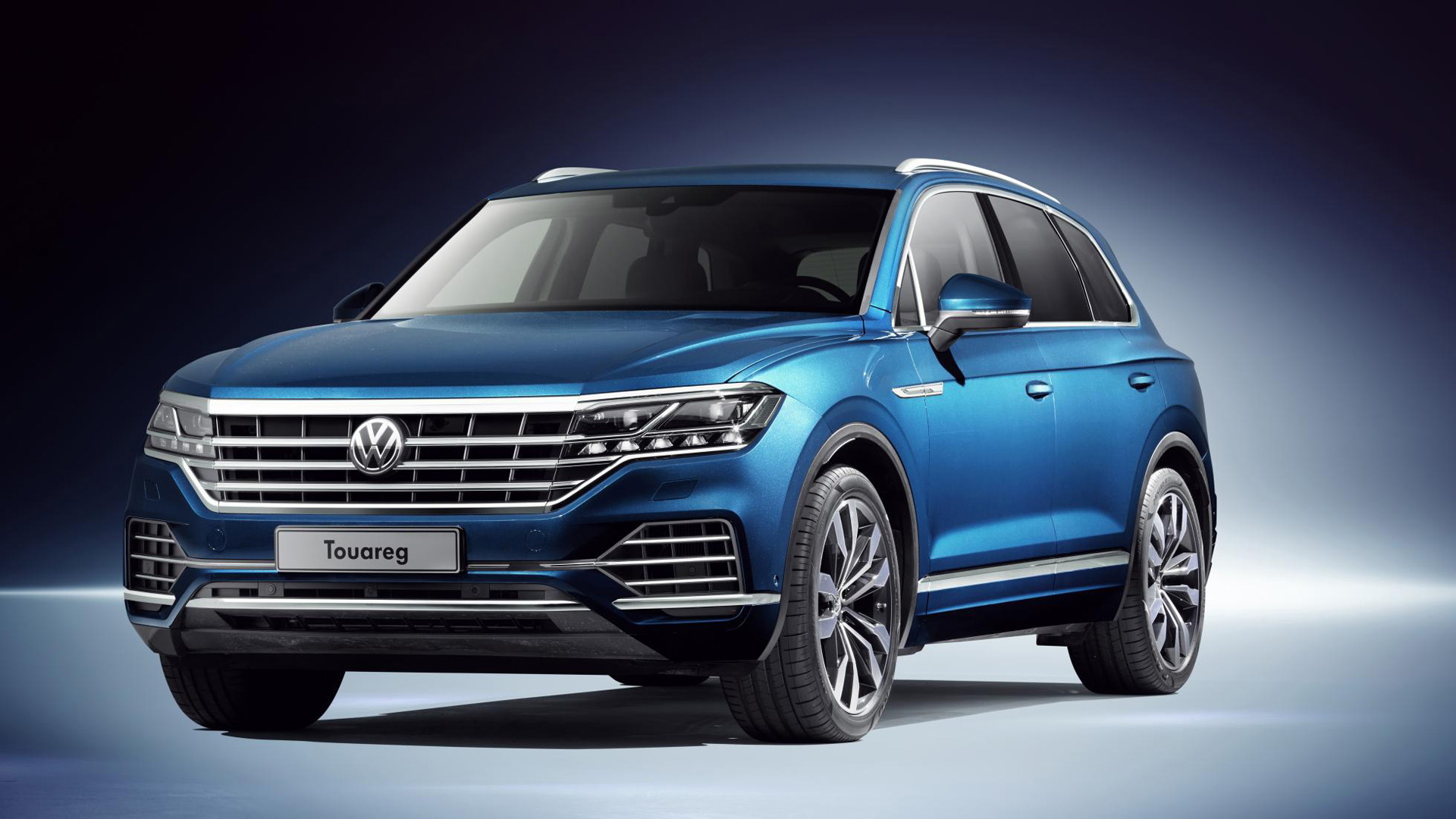 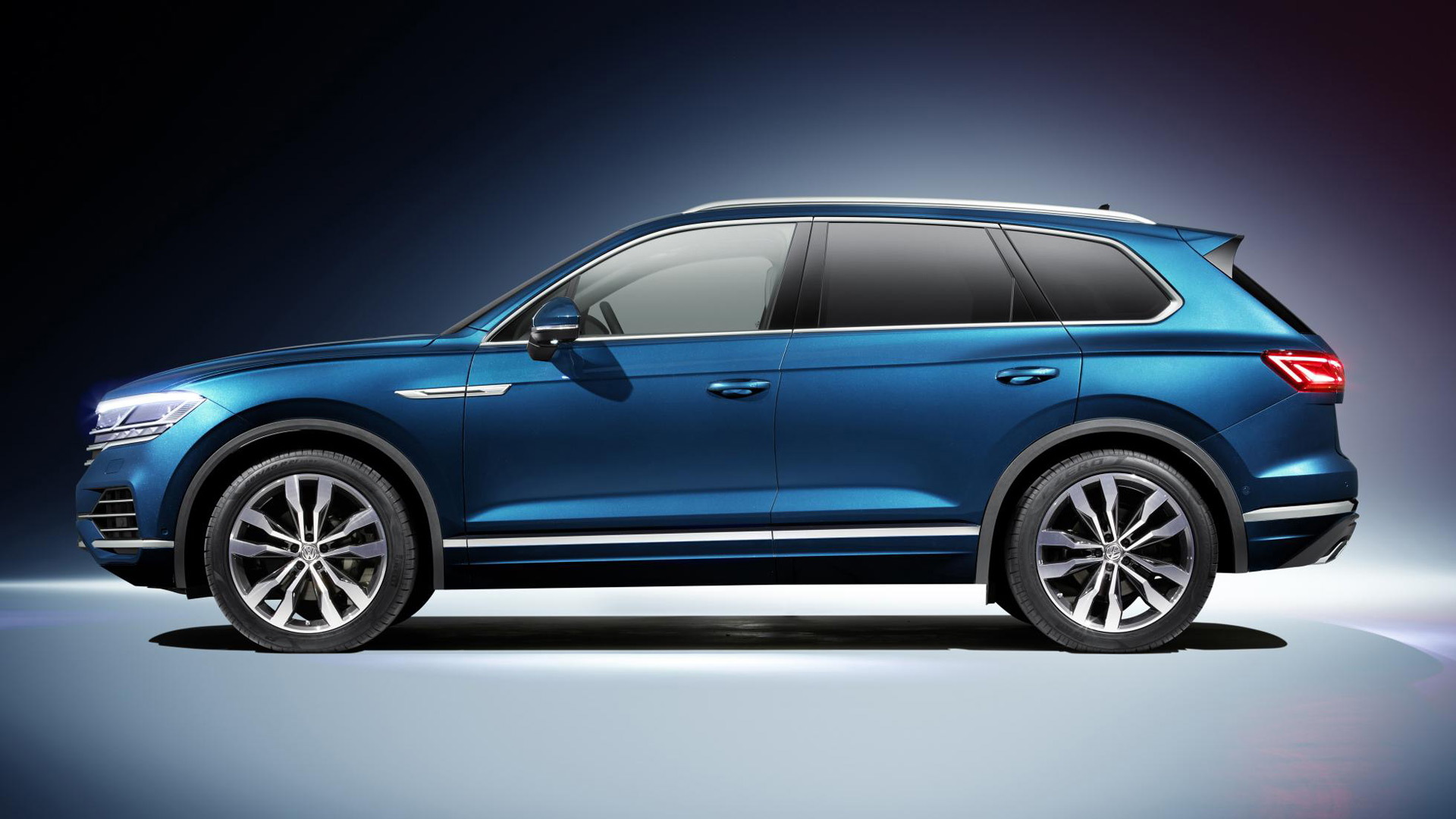 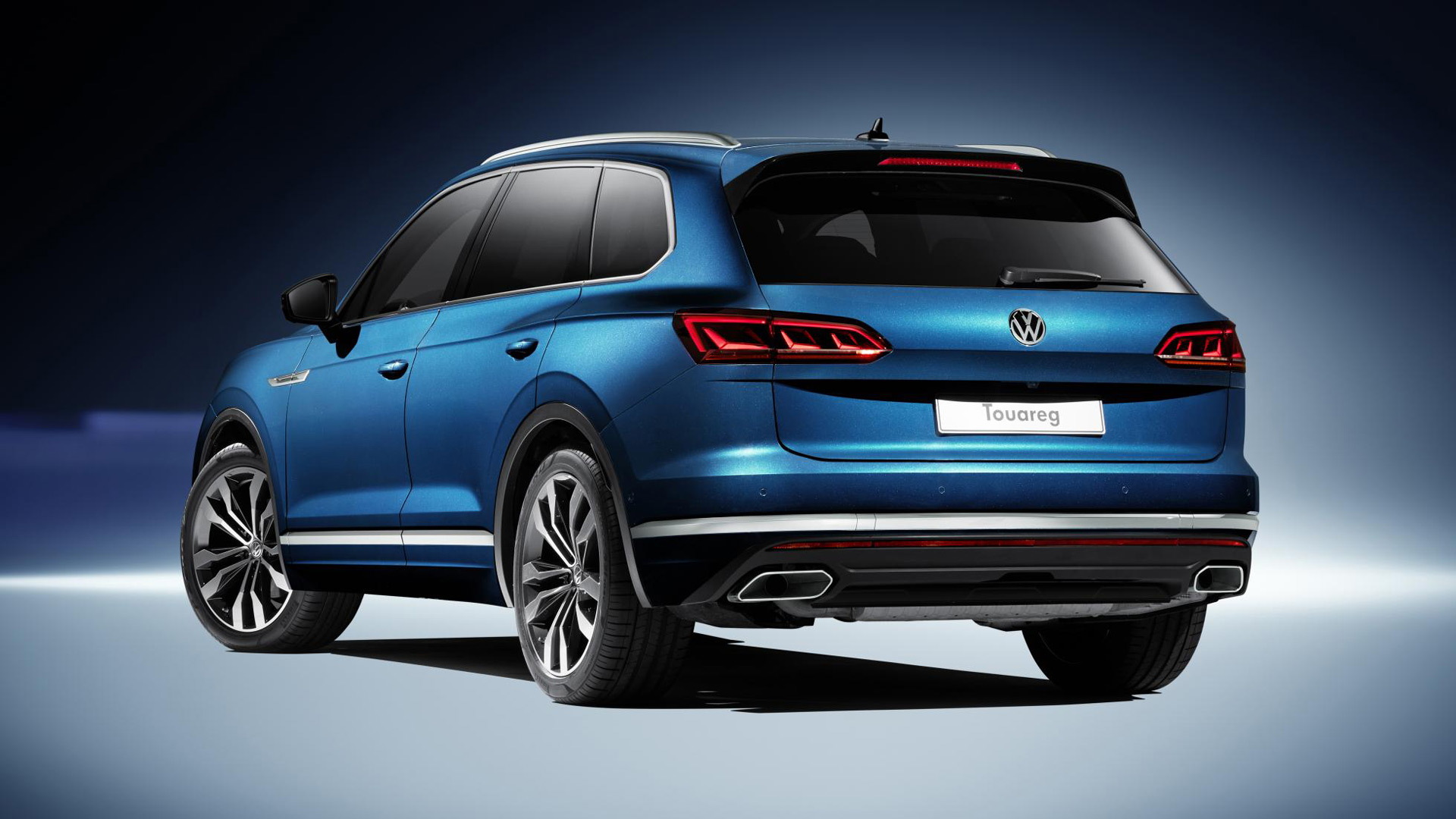 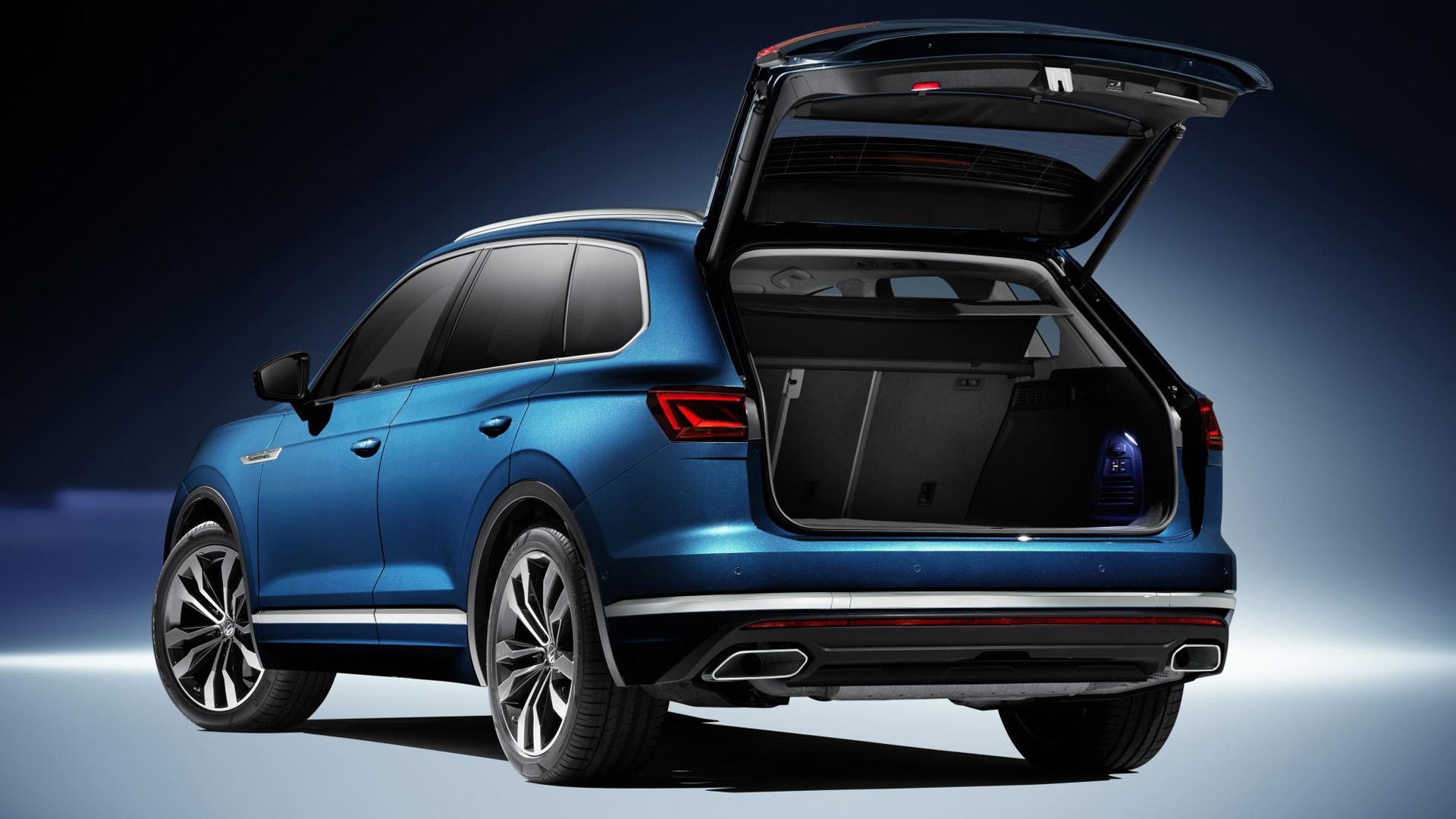 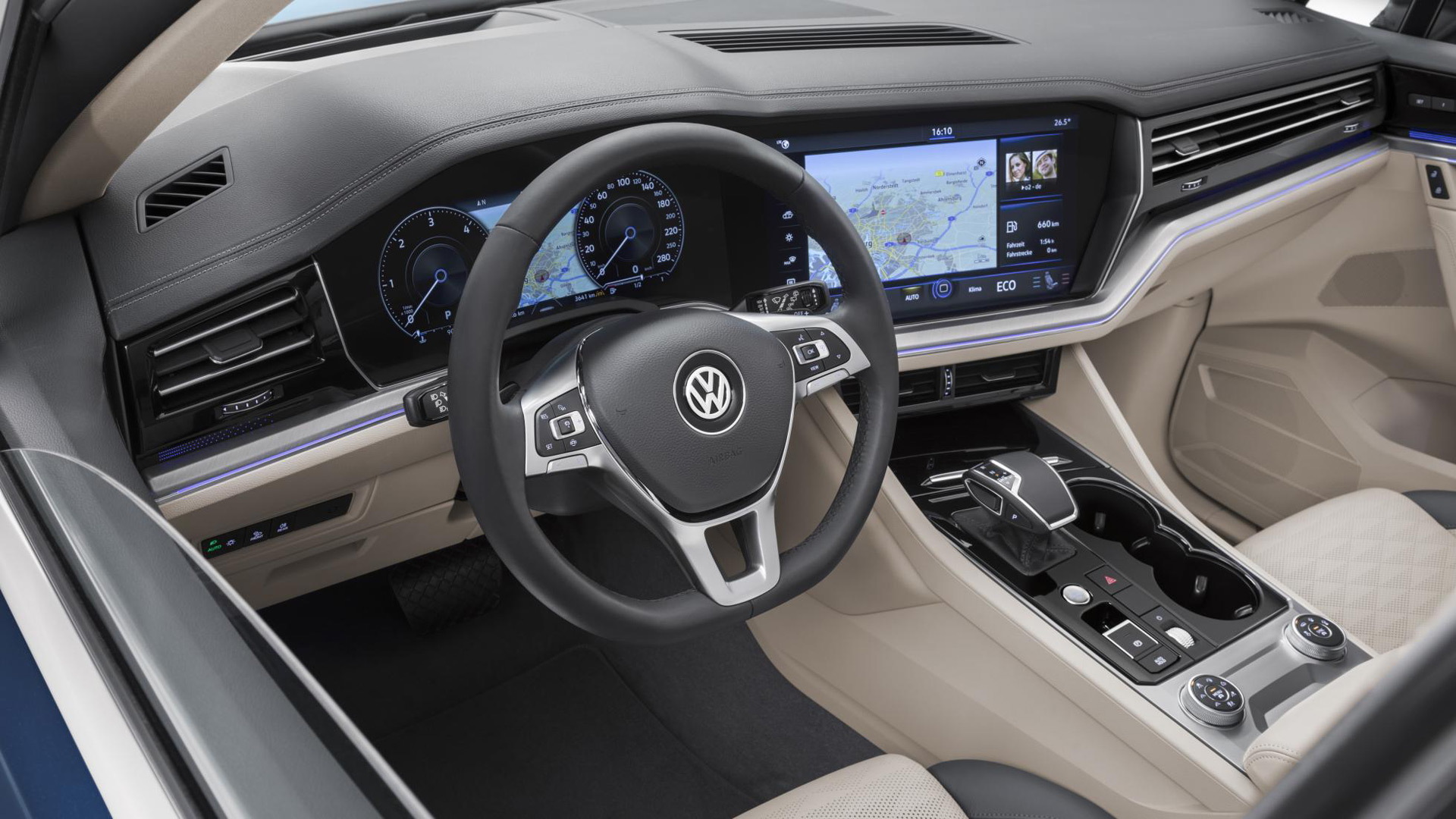 Volkswagen revealed a redesigned Touareg on Friday at a special ceremony in Beijing marking the automaker's presence in China, which it calls its second home.

The new Touareg represents the third generation of the nameplate, and it's one that's been pushed much higher upmarket to reflect its new status as flagship of the VW brand. That role was previously filled by the Phaeton, but the full-size sedan was discontinued in 2016 and an electric successor isn't due until early next decade.

The new Touareg adopts a wider, more dynamic look than the outgoing model. It's bigger, too. At 192 inches, it's 3.0 inches longer than before. It's also 1.7 inches wider (78 inches) and 0.3 inches shorter (67 inches) than the model it replaces.

Impressively, VW has managed to shed as much as 233 pounds from the curb weight in some variants. That's thanks mostly to the SUV version of the Volkswagen Group's MLB platform that underpins the vehicle. The platform, which features multi-material construction, is common to the Audi Q7, Bentley Bentayga, Lamborghini Urus and Porsche Cayenne. It means the VW benefits from many of the features of its more premium siblings including air suspension, rear-wheel steering and roll stabilization.

Also reflecting the vehicle's new premium status, VW has designed the interior to be as plush as a luxury SUV offering. There's also a digital dash with a 12.0-inch screen serving as the instrument cluster and a 15.0-inch for the infotainment hub. VW calls the design the Innovision Cockpit.

Sales of the new Touareg commence in Europe this summer. Depending on the market, there will be at launch a pair of 3.0-liter V-6 diesels, delivering 228 and 282 horsepower, respectively, plus a 3.0-liter V-6 gasoline engine with 335 hp. A plug-in hybrid setup with 362 hp has also been announced for the Chinese market and is expected to be offered elsewhere. A 4.0-liter V-8 diesel with 415 hp and a monster torque rating of 664 pound-feet will eventually join the fold.

An 8-speed automatic and all-wheel drive with a center differential lock are standard. A special off-road pack will be available and adds extra driving modes, plus a larger fuel tank and under body protection. A sporty R-Line package will also be available.

Sadly, we likely won't be seeing the new Touareg in the United States. VW’s local division dropped the previous Touareg at the end of the 2017 model year in order to focus on the sharper priced and locally made Atlas in the mid-size SUV segment. The 3-row Atlas starts at just over $30,000 whereas the 2-row Touareg in its final year was priced from $50,405, making it more expensive than an Audi Q7. The strategy didn’t work as VW sold just 1,630 Touaregs in the six months prior to it being dropped.