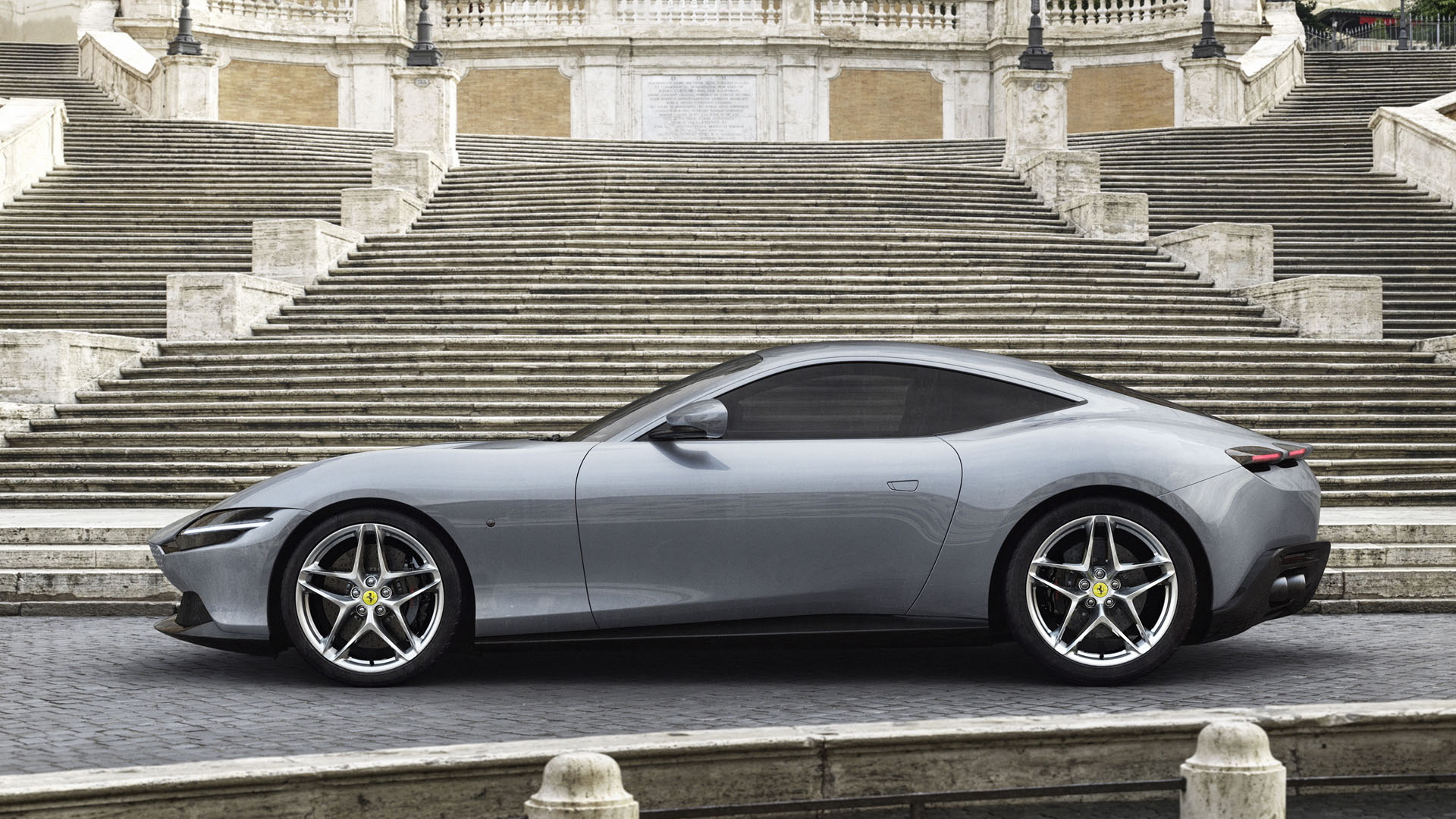 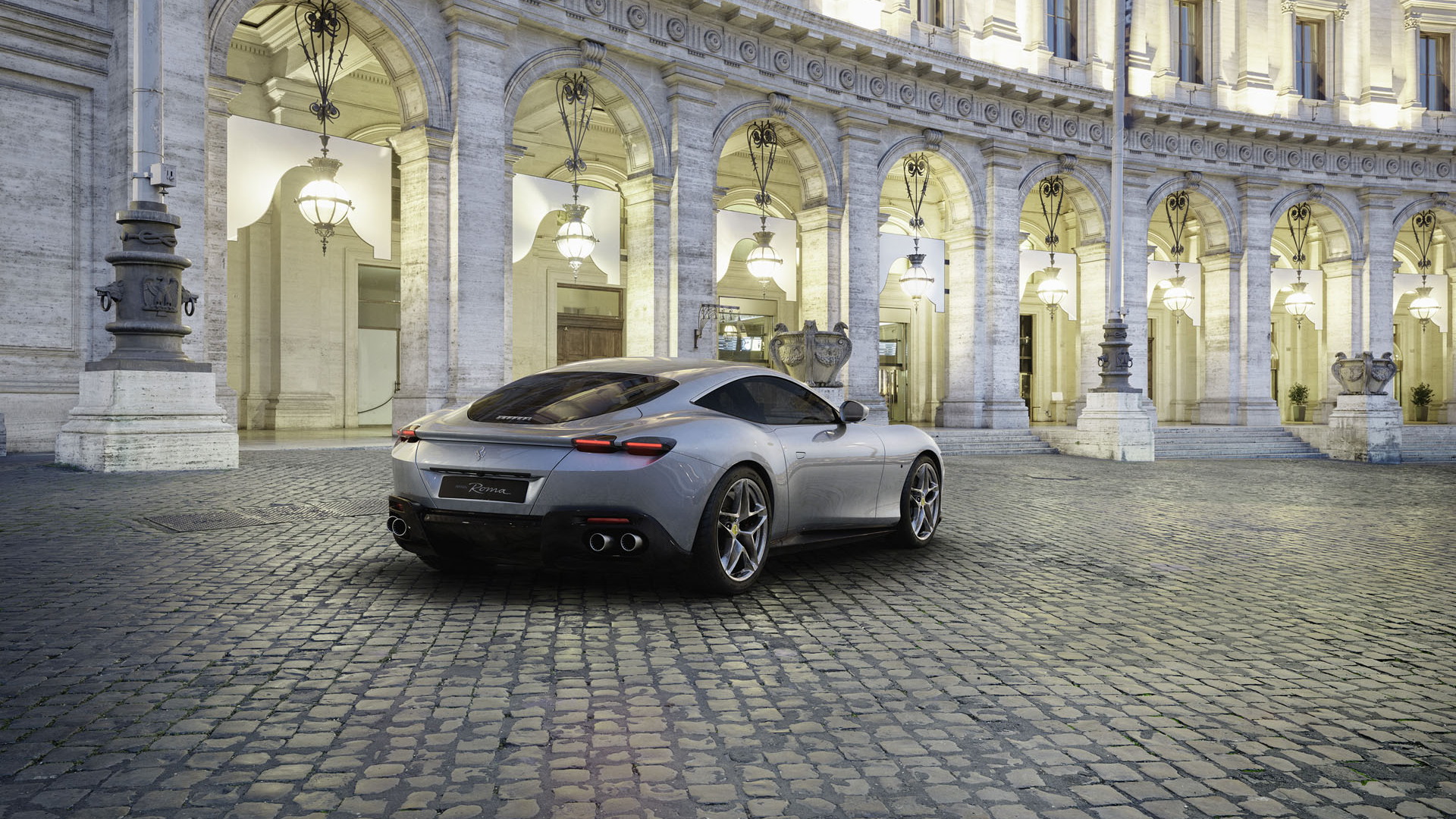 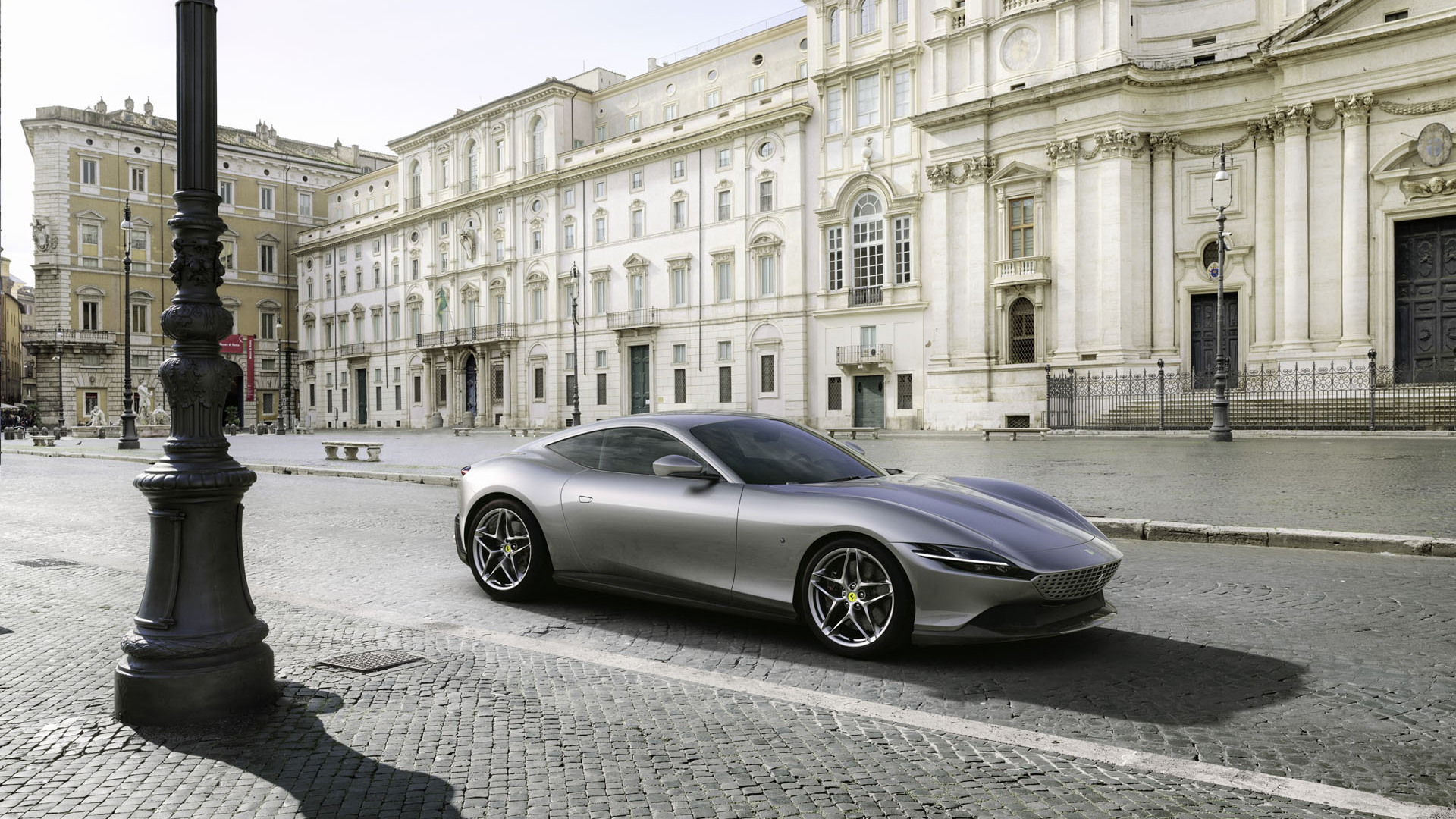 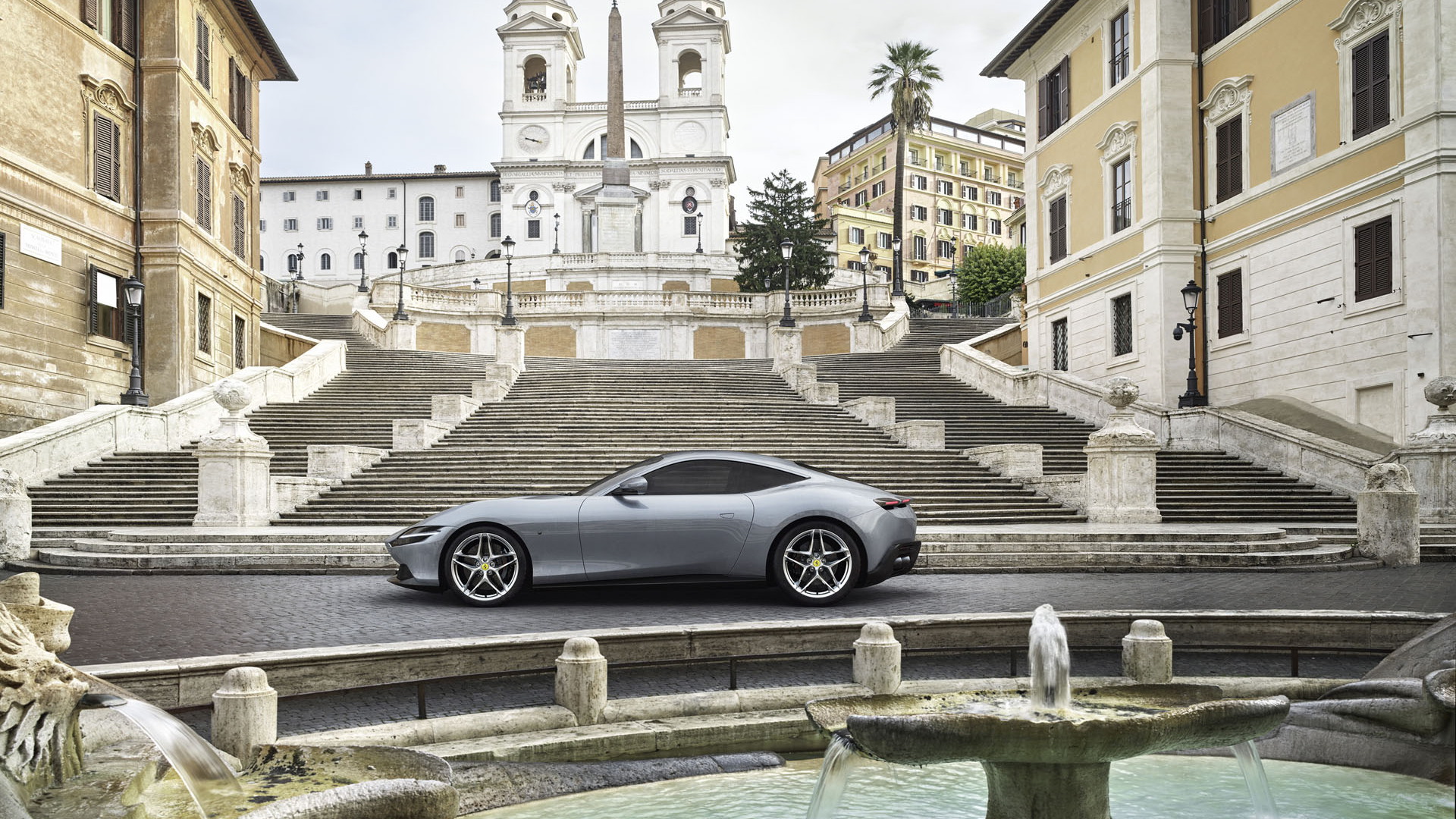 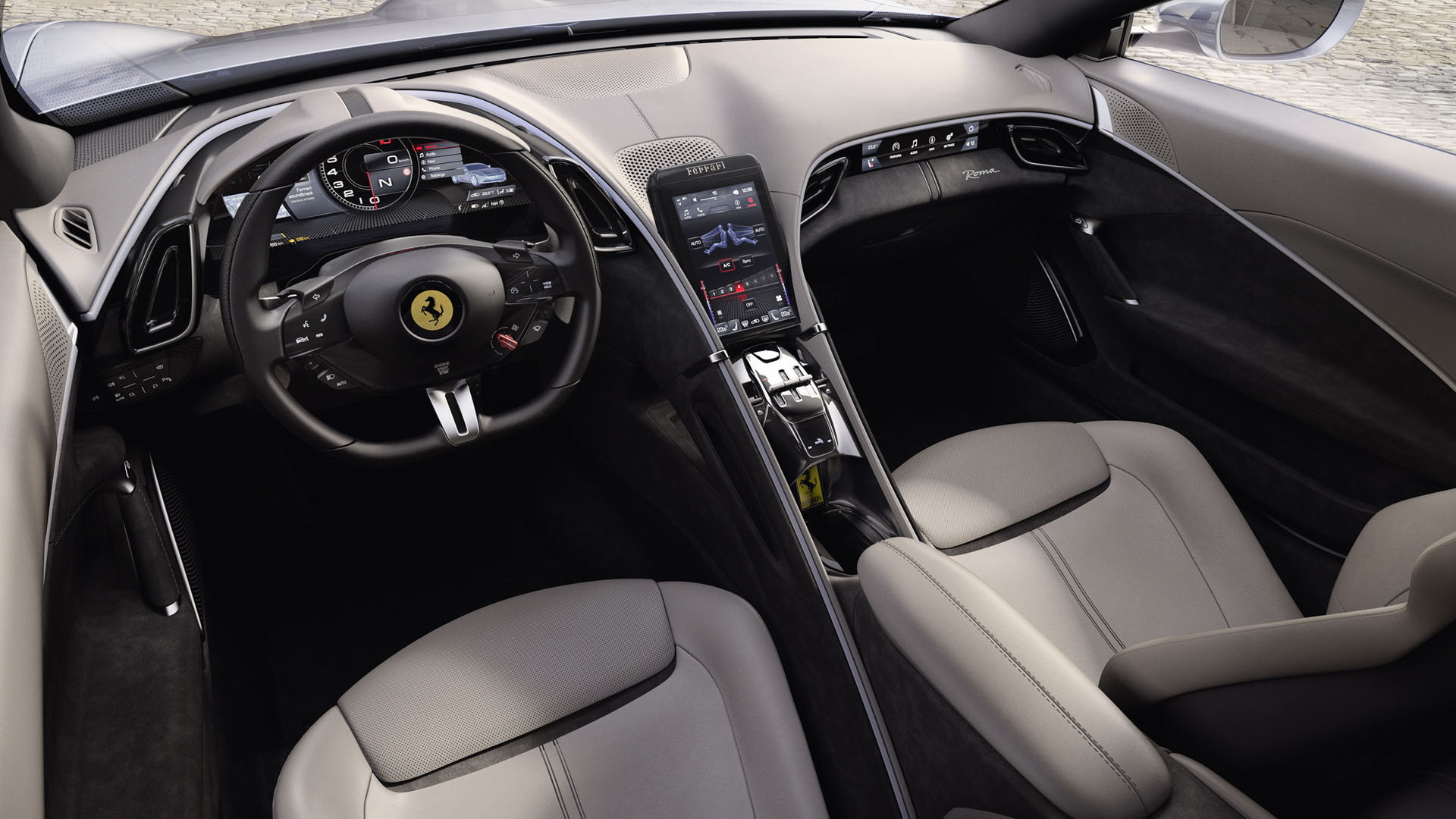 The mystery Ferrari coupe spotted testing in October has been revealed as the Roma—a new front-engine, fixed-roof, 2+2 grand tourer based on the same underpinnings as the Portofino convertible.

Revealed Wednesday at a private event in Rome, appropriately, the new coupe boasts clean, sleek lines and a fixed roof. Up front, the Roma features a slimmer mesh upper grille and fog lights integrated into a lower opening that spans the width of the front fascia.

"With its distinctive flair and style, the car is a contemporary representation of the carefree, pleasurable way of life that characterized Rome in the 1950s and '60s," Ferrari said in its announcement. "The Ferrari Roma offers discerning clients the finesse and refinement that brings that concept of 'la Dolce Vita' right up to date."

Underneath, the Roma rides on the same platform with the same wheelbase as the Portofino. It is also powered by the same 3.9-liter, twin-turbocharged V-8.

The Roma's dash is divided by a floating center console which houses the gear selector (styled to resemble a gated manual gearbox) and a compact infotainment display screen. The flying buttress-style console intersects the Roma's dash high up, dividing the front of the cabin into two cockpit-like seating positions.

Behind the steering wheel sits a fully digital, multi-function cluster. This configuration is almost mirrored on the opposite side of the cabin, where a small display provides a control and information interface for the Roma's front passenger—another touch borrowed from the Portofino.

The Roma is the last of five cars Ferrari has revealed in 2019; the F8 Tributo, F8 Spider, SF90 Stradale and 812 GTS were all unveiled earlier in the year. There is no word yet on the price or when the Roma will be available. For comparison, the Portofino starts around $215,000.