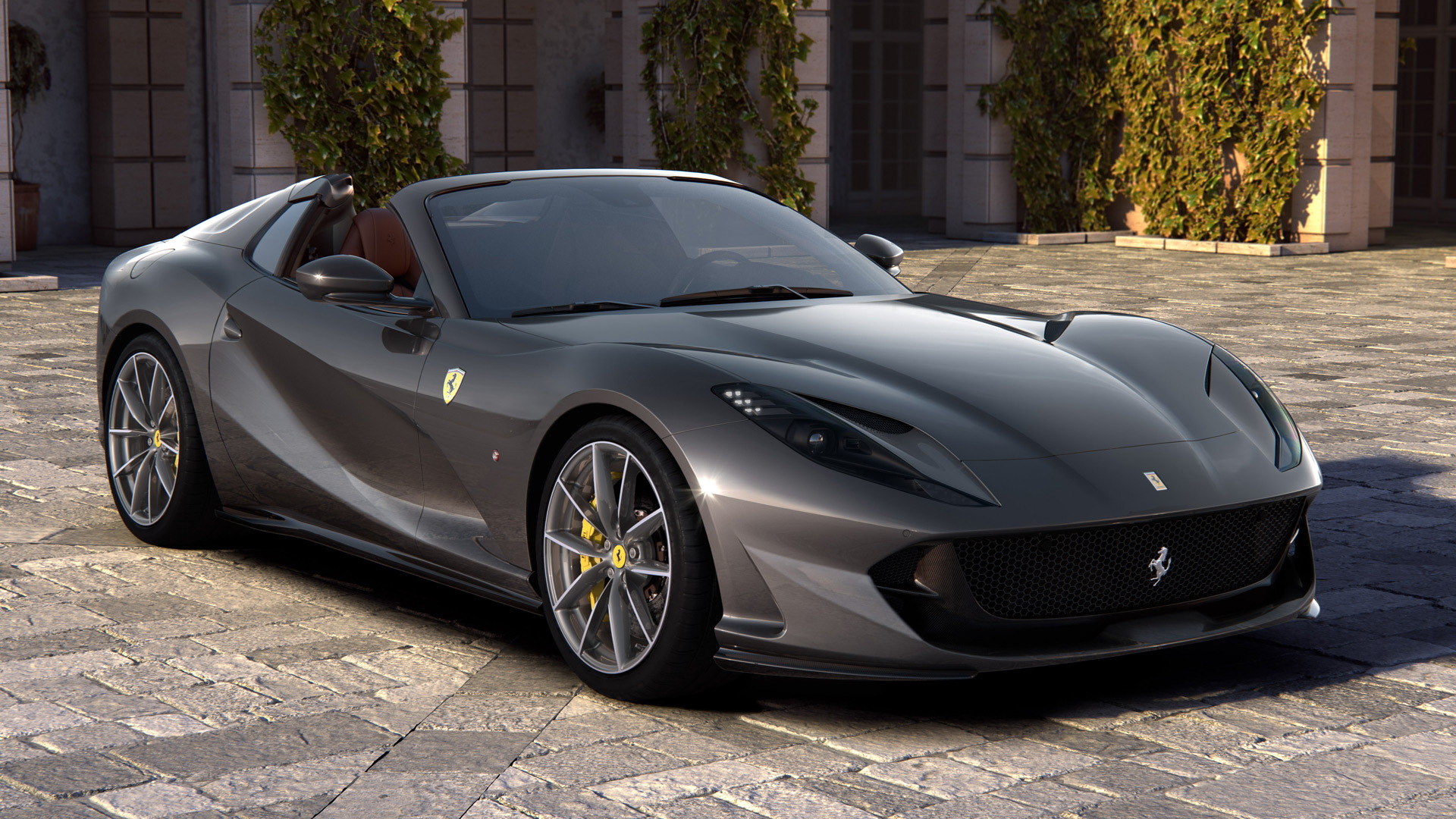 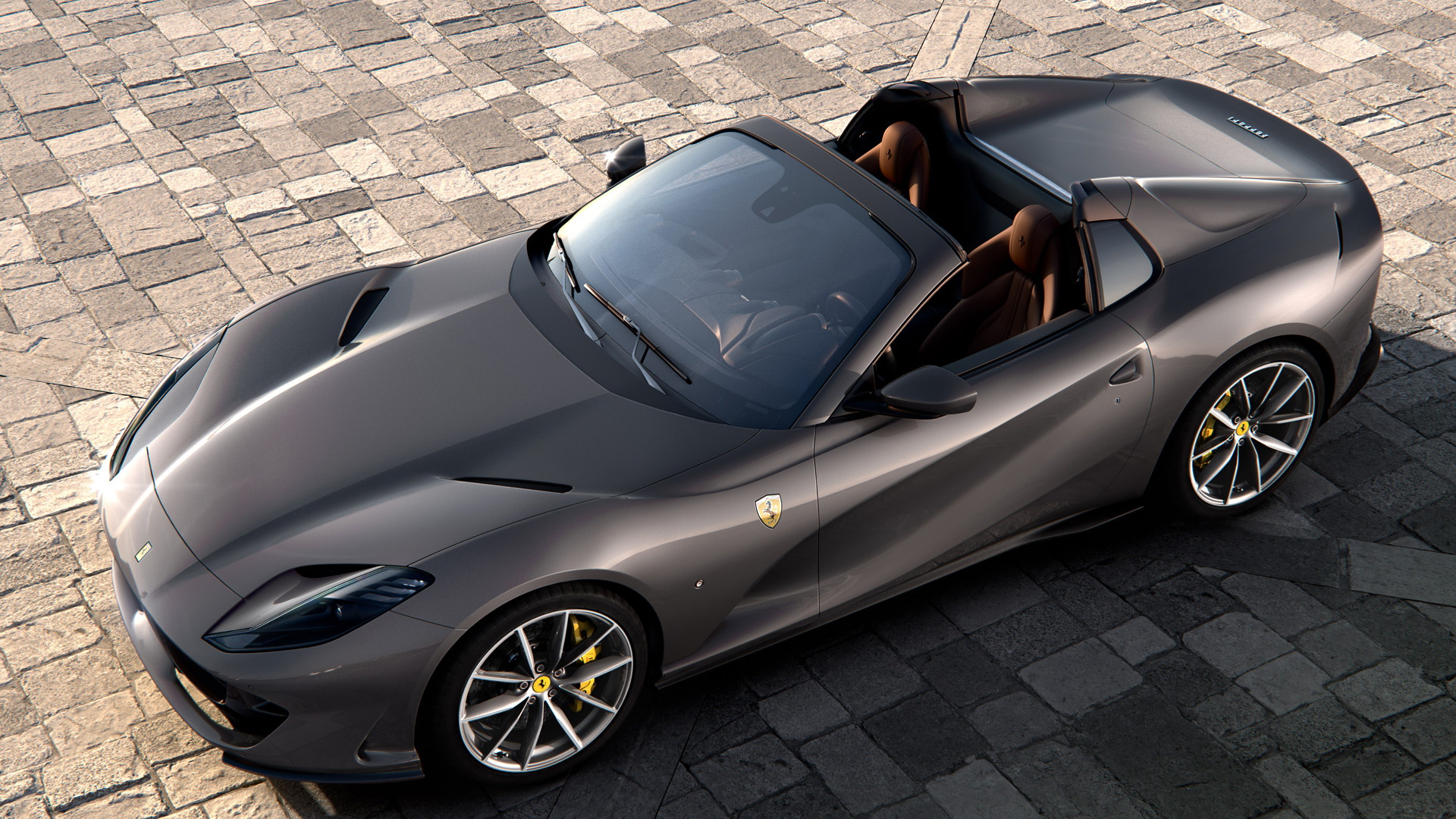 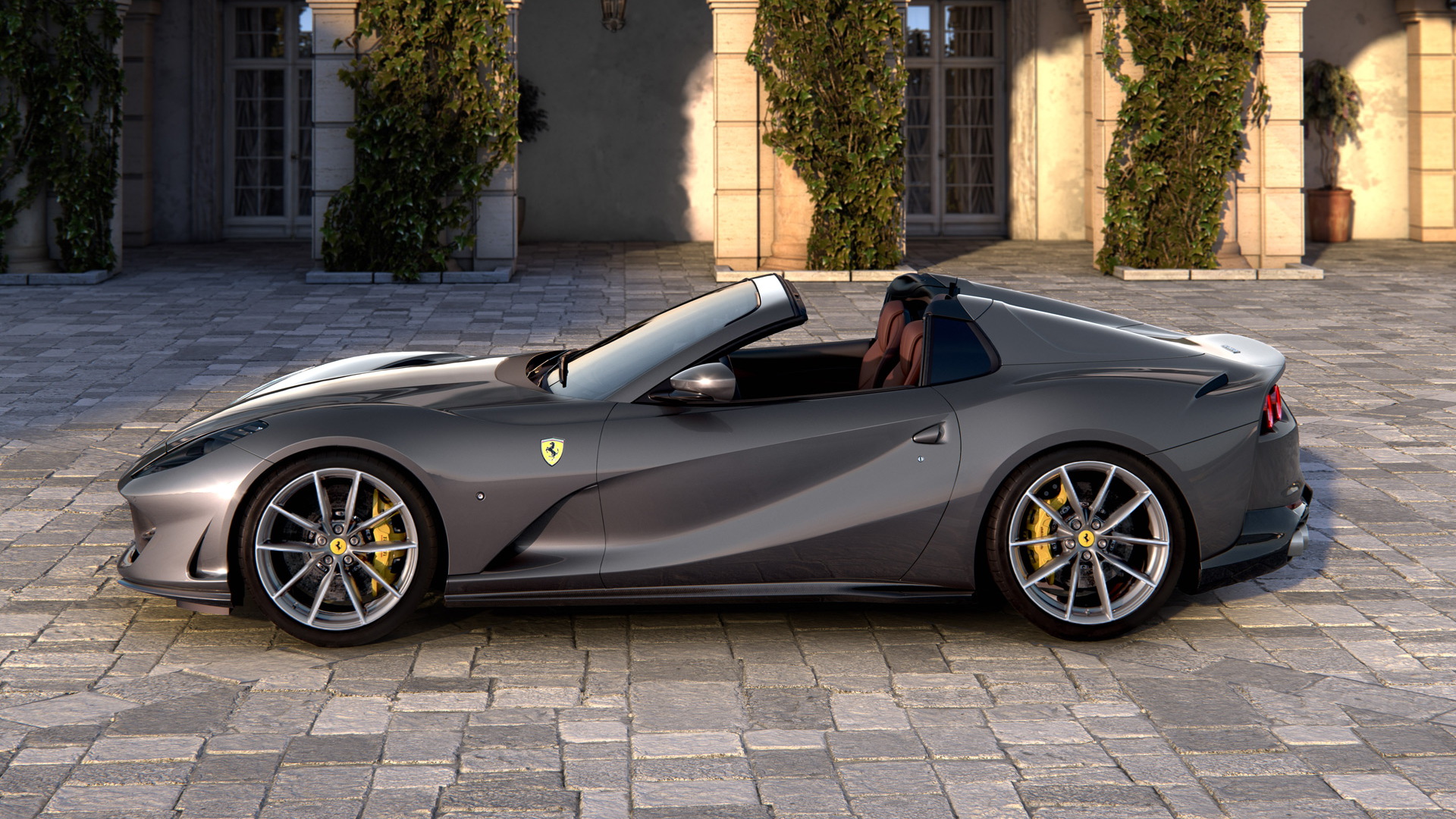 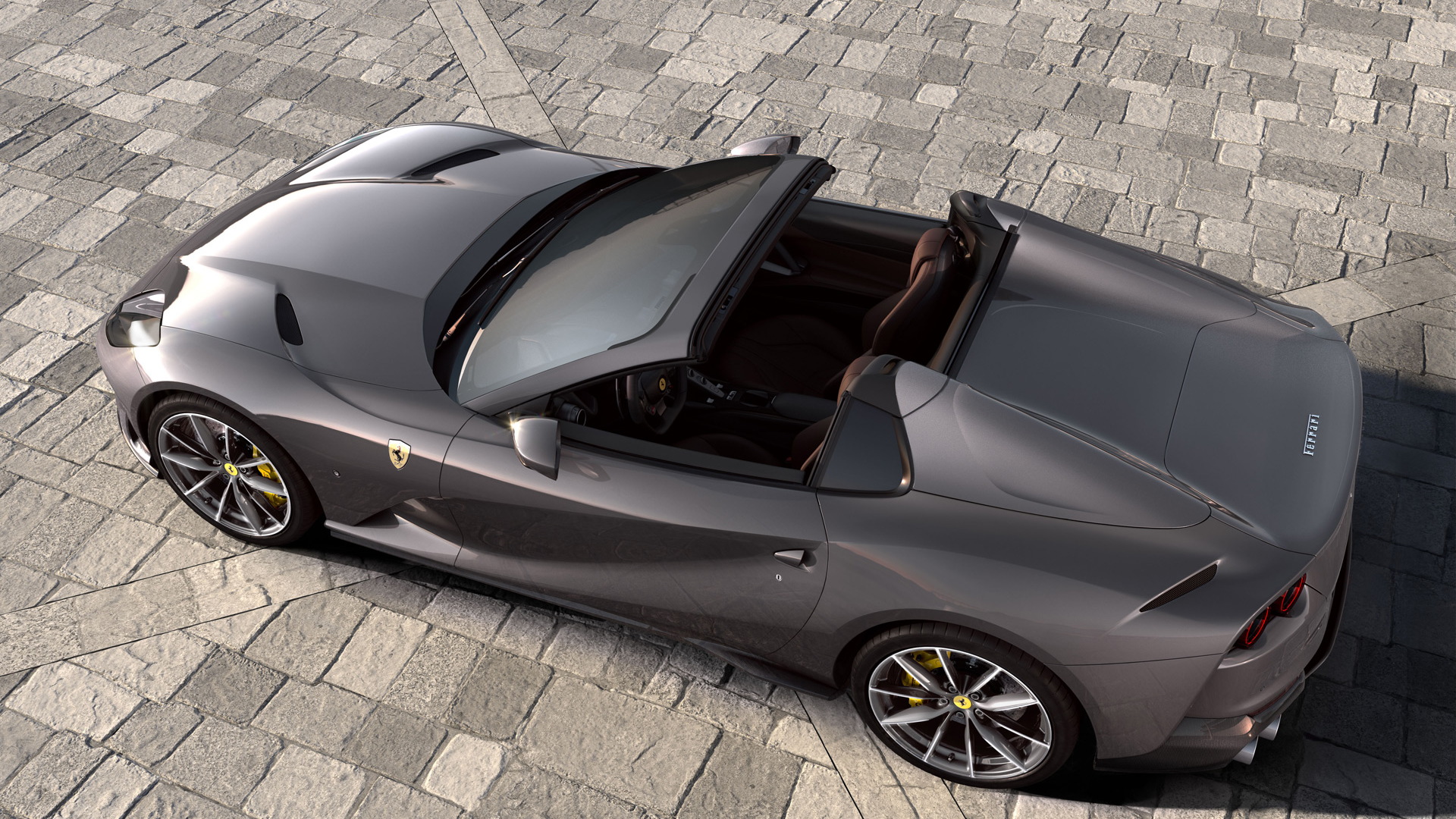 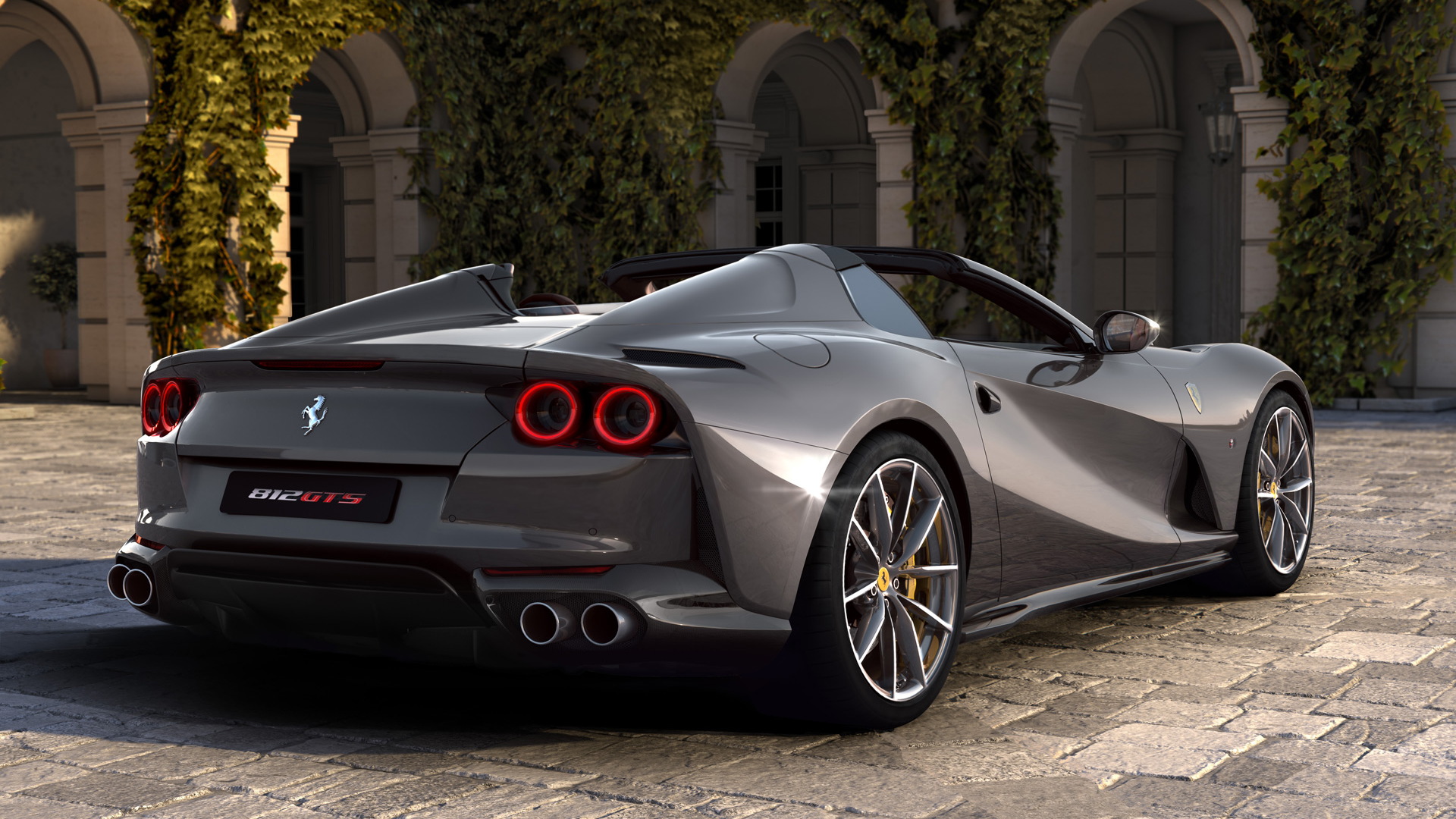 Ferrari on Monday revealed the 812 GTS, the convertible version of the V-12-powered 812 Superfast introduced two years ago.

For the 812 GTS, Ferrari installed a retractable hardtop, an option unique in this segment. The roof needs just 14 seconds to go up or down and can operate at speeds of up to 28 mph. Because of its thin design, the roof doesn't take up any additional space in the cabin over the fixed-roof 812 Superfast, and when it's down, there is a small screen that pops out and protects occupants from the wind.

The engine is a 6.5-liter V-12 tuned to deliver 789 horsepower and 530 pound-feet of torque, the same numbers as in the 812 Superfast. A gasoline particulate filter and engine stop-start system ensure the mighty motor meets the latest emissions standards, while recalibration of the some of the driving modes has been undertaken to enhance power delivery. A 7-speed dual-clutch transmission remains standard.

Ferrari quotes a 0-62 mph time of less than three seconds and a top speed of over 211 mph for the car.

To accommodate the retractable hardtop, the designers removed the rear windshield of the 812 Superfast and replaced it with a flat cover flanked by a pair of flying buttresses. To the side of each buttress is a new rear-three-quarter glass panel that's significantly shorter than the units used on the car's coupe sibling. This design has also eliminated the duct that's normally found at this location on the coupe. However, this has been compensated for with an additional flap in the rear diffuser.

The 812 GTS weighs about 165 pounds more than the 812 Superfast due to reinforcements to the internal structure, with the dry weight coming in at just over 3,500 pounds. This required some fine-tuning of the various chassis systems and in particular the car's magnetic dampers.

The 812 GTS will be presented to the public for the first time on Tuesday at the Frankfurt International Motor Show. It is one of five new cars Ferrari will reveal in 2019. The others include the F8 Tributo, SF90 Stradale, and a new F8 Spider that will also debut in Frankfurt. The identity of the fifth car is still a mystery. For more Frankfurt auto show coverage, visit our dedicated hub.