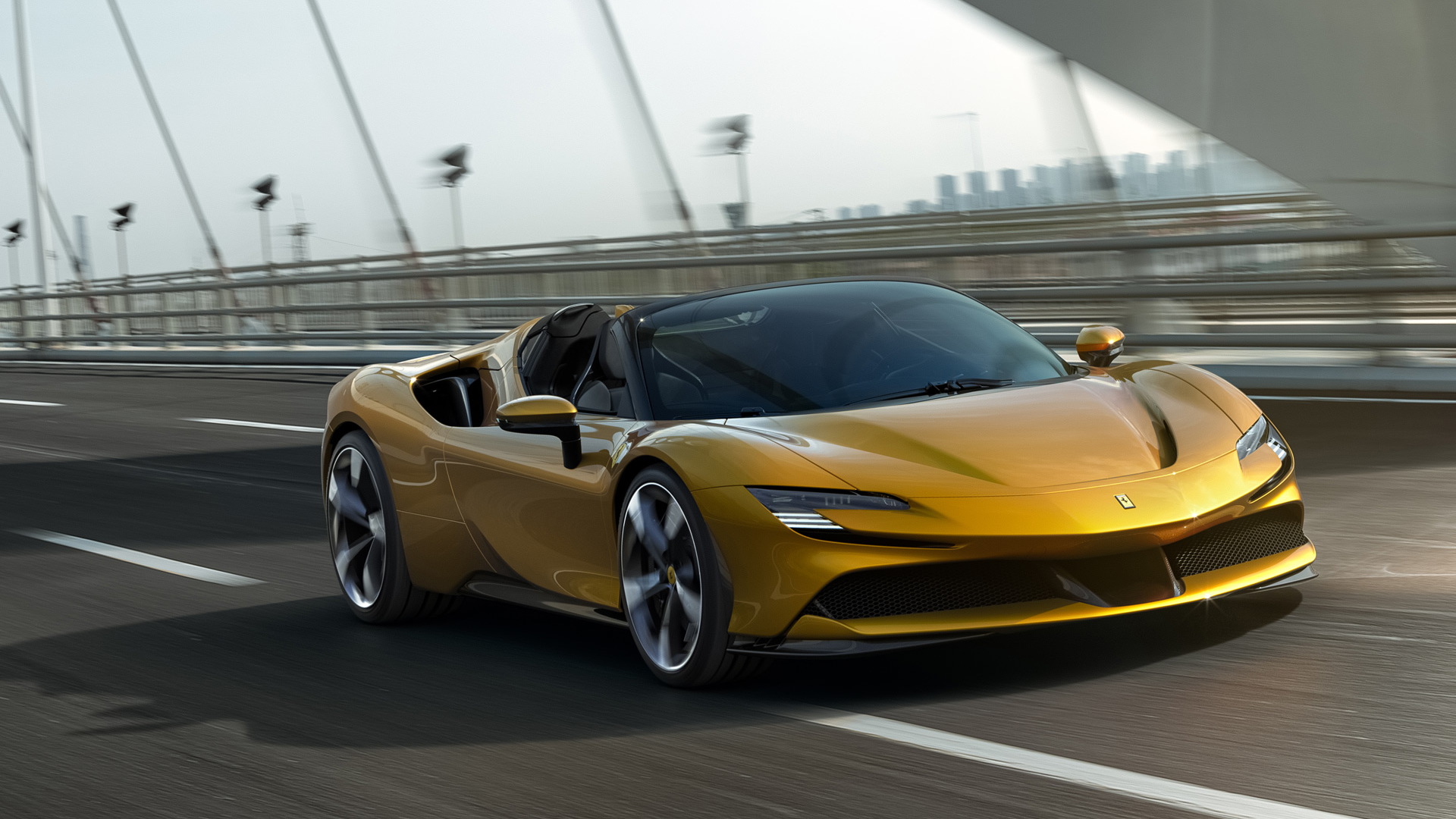 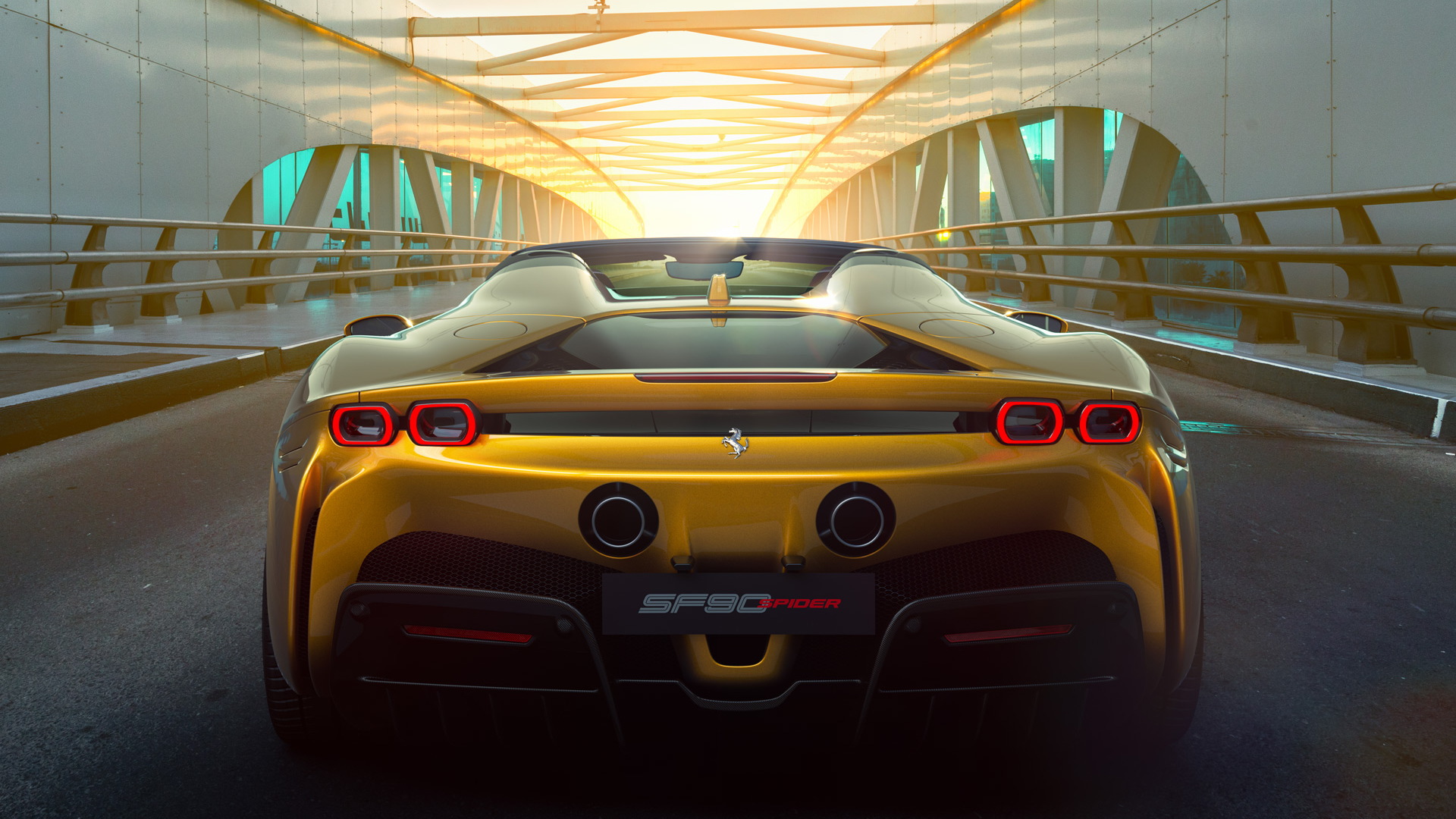 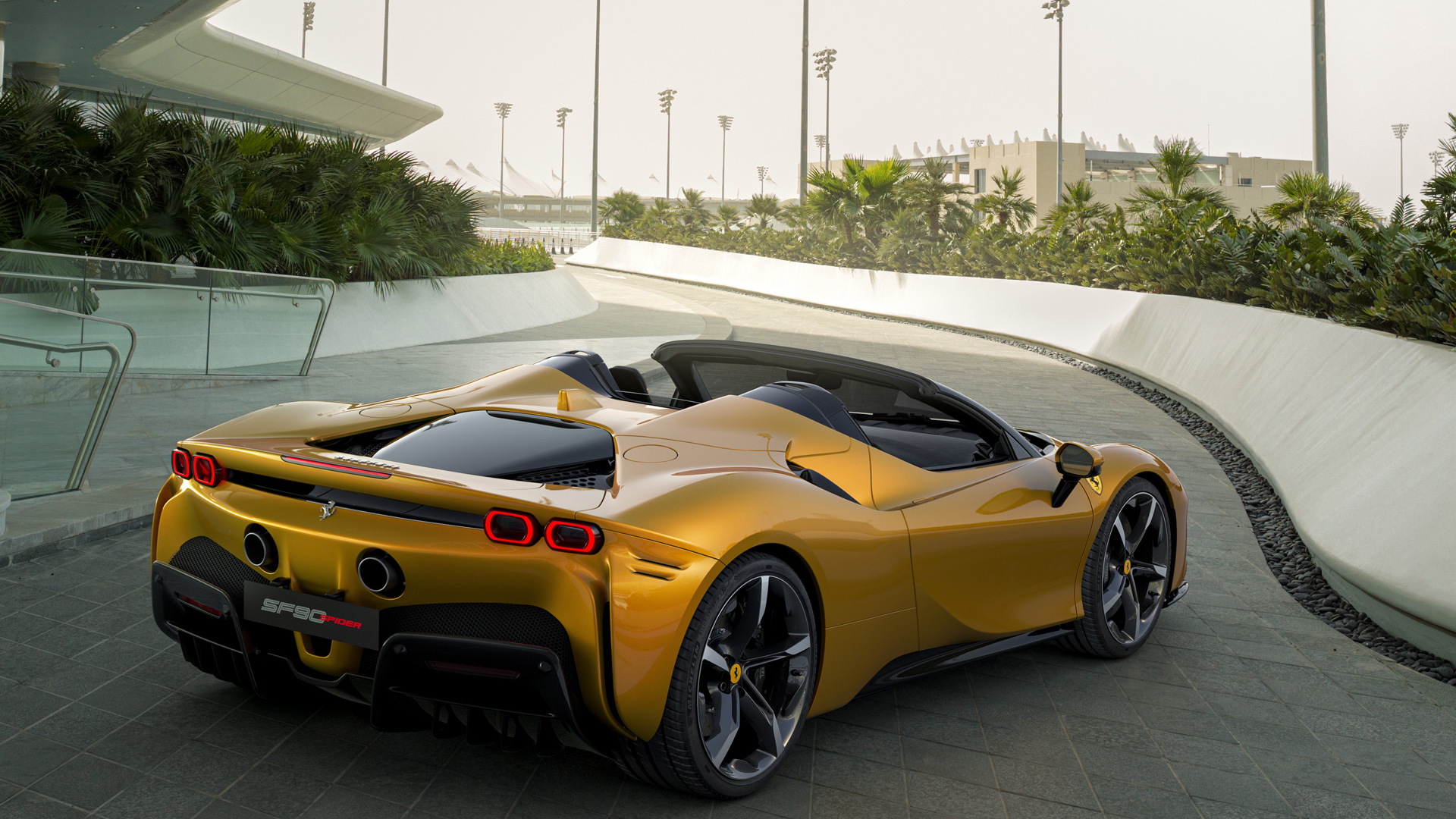 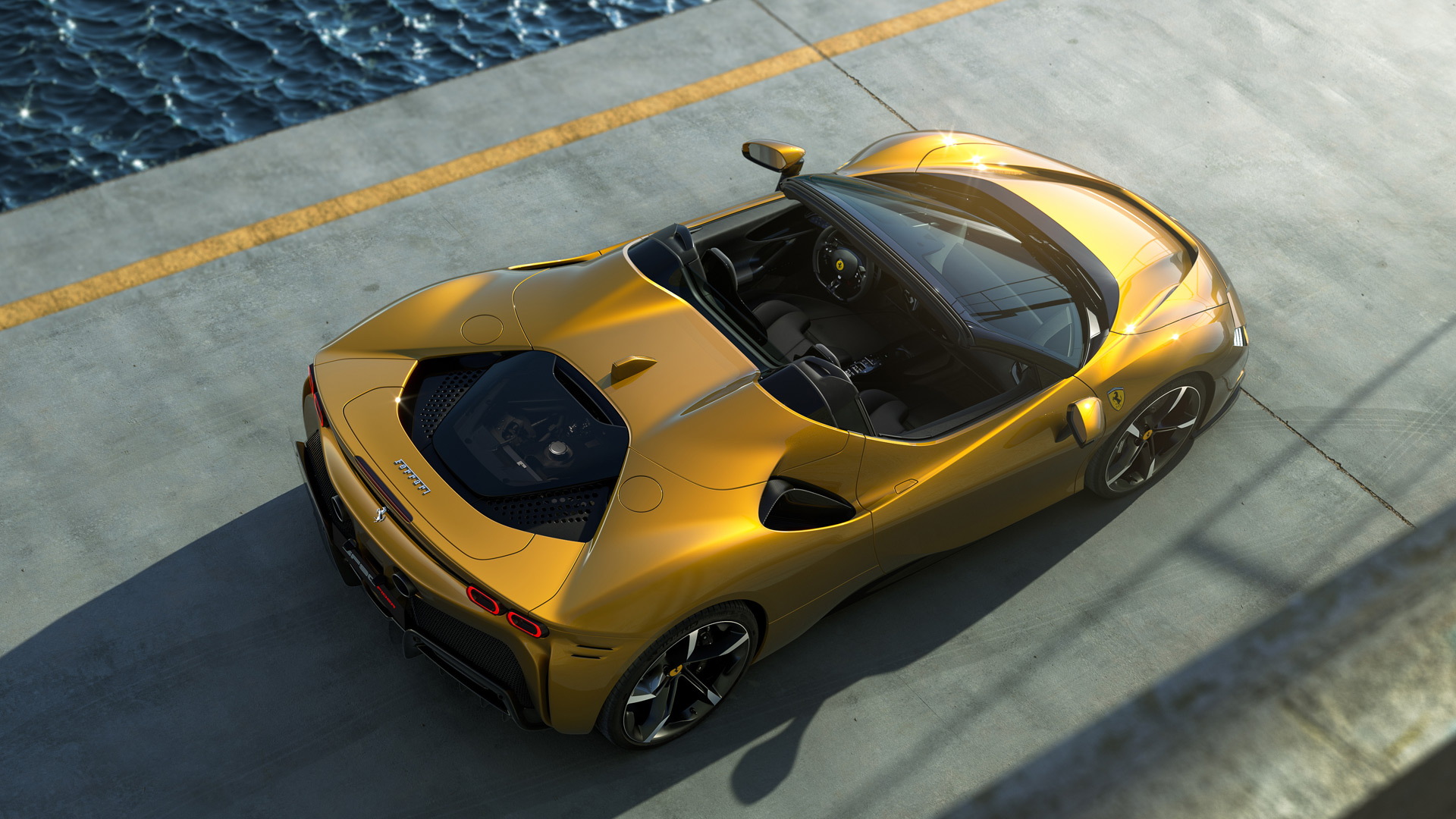 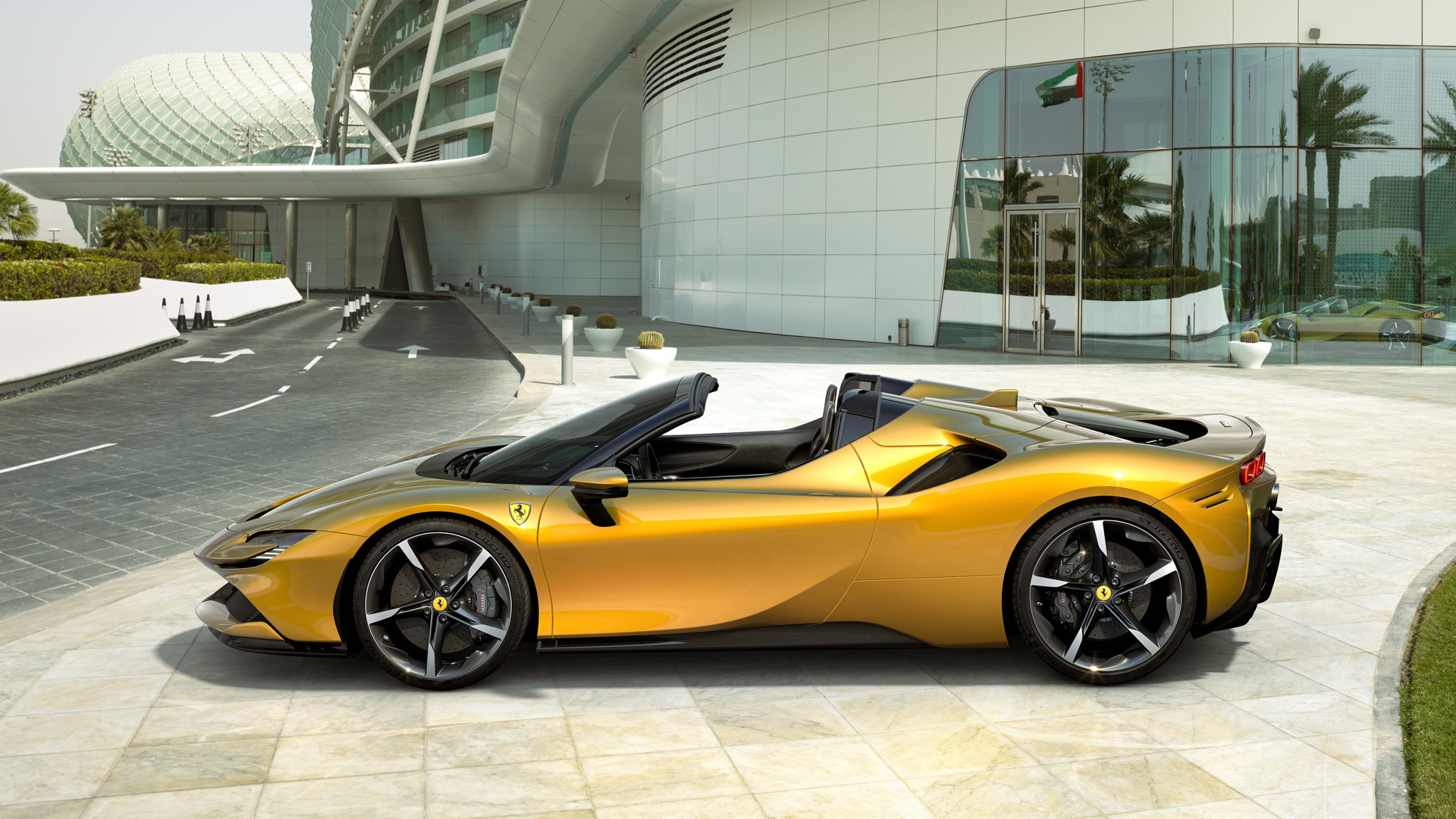 It's called the SF90 Spider, and it benefits from a retractable hard-top roof just like the F8 Spider. Yes, we don't have to deal with a manual roof panel like the one on the LaFerrari Aperta for this top Ferrari.

The roof takes just 14 seconds to be deployed and can operate while the car is on the move, albeit at low speeds only. It features aluminum construction, ensuring it is both stiff and light, and it's also compact, requiring about 3.5 cubic feet when folded.

There have been some changes to the SF90 Stradale's design to accommodate the SF90 Spider's roof. For instance, the section covering the engine bay is wider and flatter than on the coupe, as it is designed to lift up and house the roof. It also features the shark-fin antenna which on the coupe is found on the roof.

The changes extend to the interior, where occupants need to be protected from the elements when the roof is folded. Specific to the SF90 Spider is a central trim section between the seats that channels the air flow away from the head and shoulders and into a double layer of trim on the upper part of the tunnel.

Beyond the new roof, the SF90 Spider is a match for its coupe sibling. This means there's not only a 4.0-liter twin-turbocharged V-8, but also an 8-speed dual-clutch transmission and trio of electric motors. System output is a LaFerrari-topping 986 horsepower.

Two of the motors are mounted at the front axle to form a hybrid all-wheel-drive system with precise torque vectoring. These two motors can also provide drive when the SF90 Spider is in electric mode. A battery with 7.9 kilowatt-hours of capacity provides about 15 miles of range. Other performance numbers include 0-62 mph acceleration in 2.5 seconds and a top speed of 211 mph.

Also like the coupe, the SF90 can be ordered with Ferrari's Assetto Fiorano package which adds a number of mods designed to improve track performance. The list includes Multimatic shock absorbers derived from Ferrari’s GT racing program, components made from carbon fiber or titanium (resulting in 46 pounds of weight savings), a carbon-fiber rear spoiler, and Michelin Pilot Sport Cup 2 tires. The Assetto Fiorano package also offers the option of a two-tone livery.