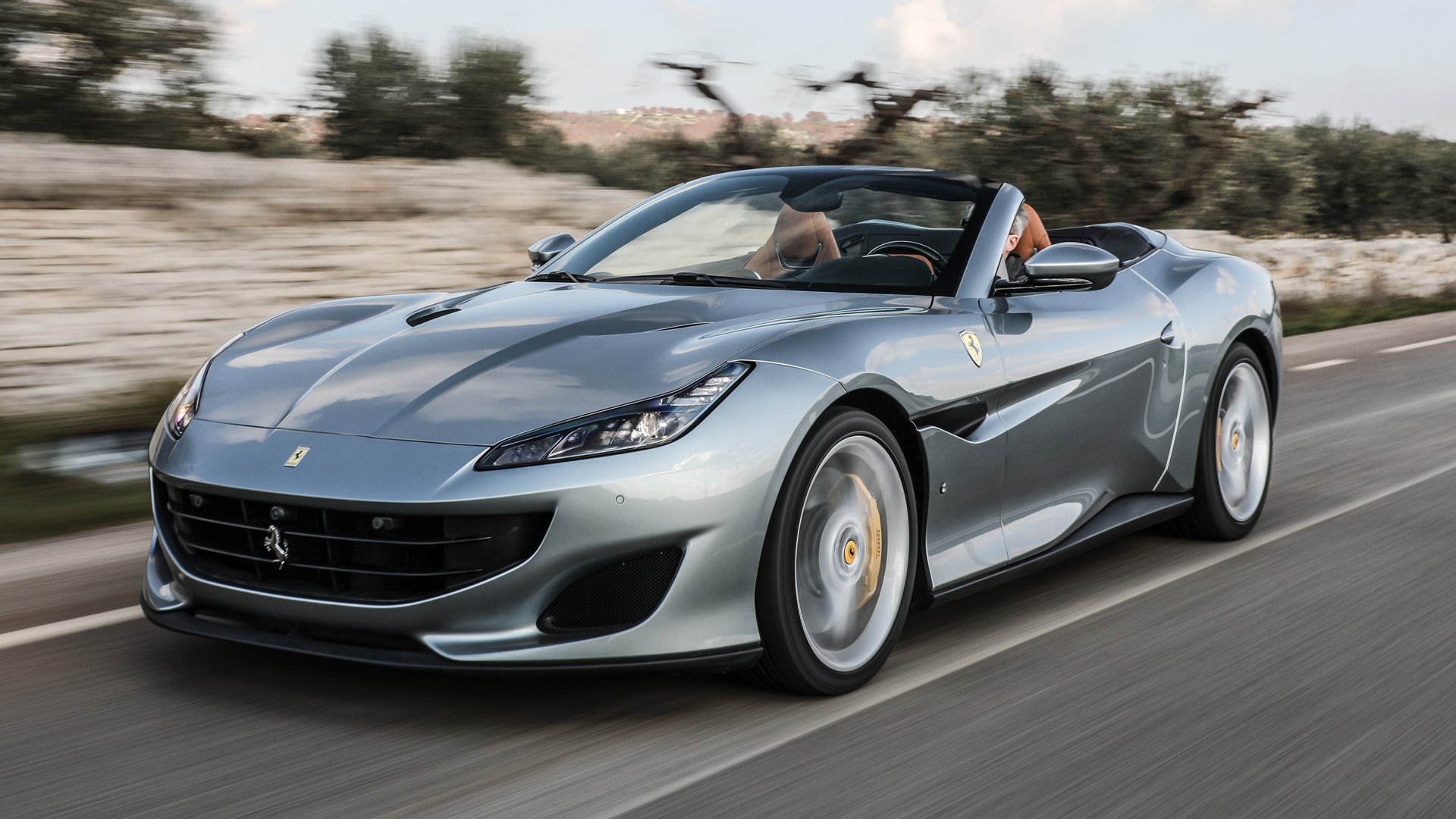 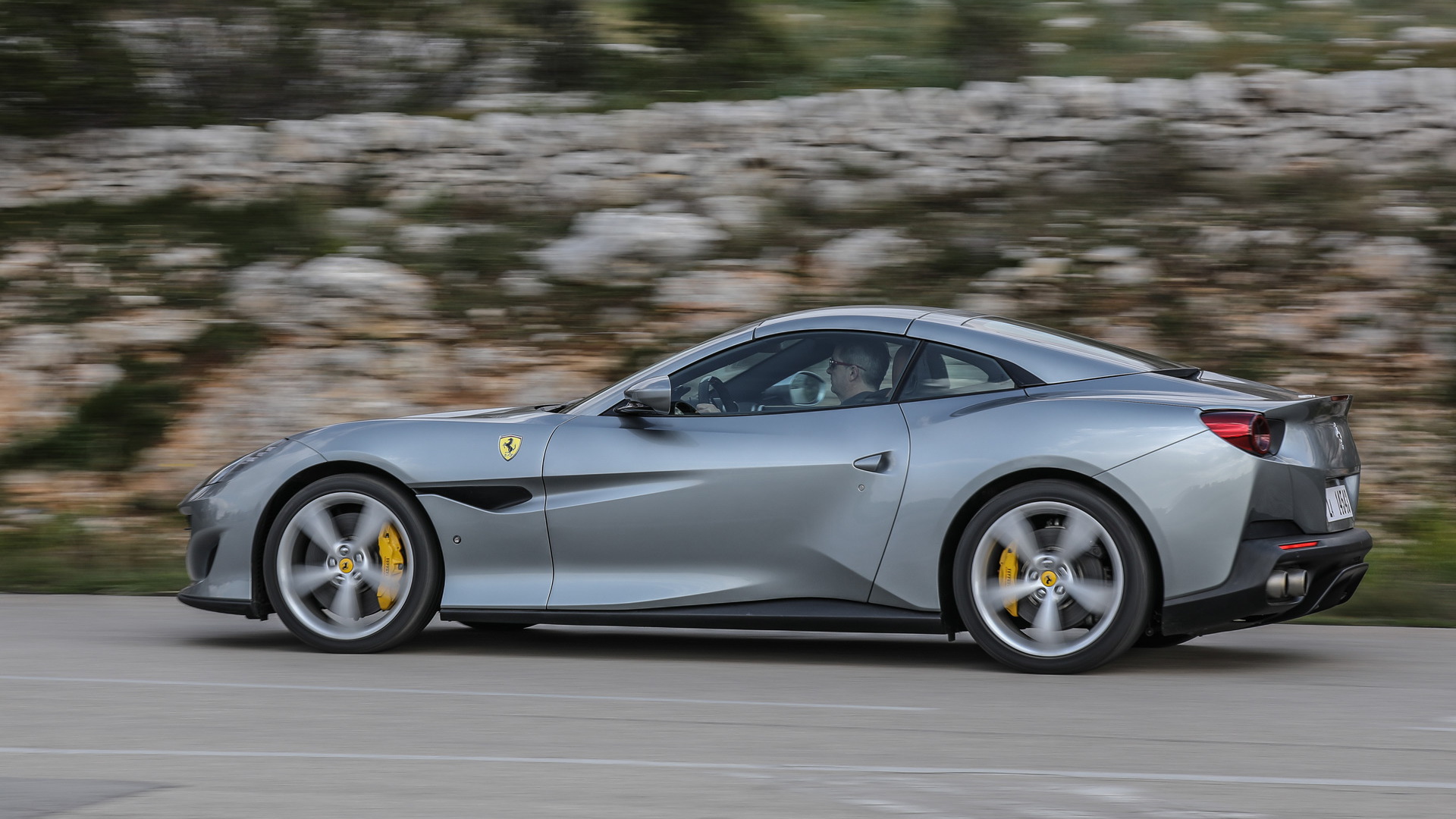 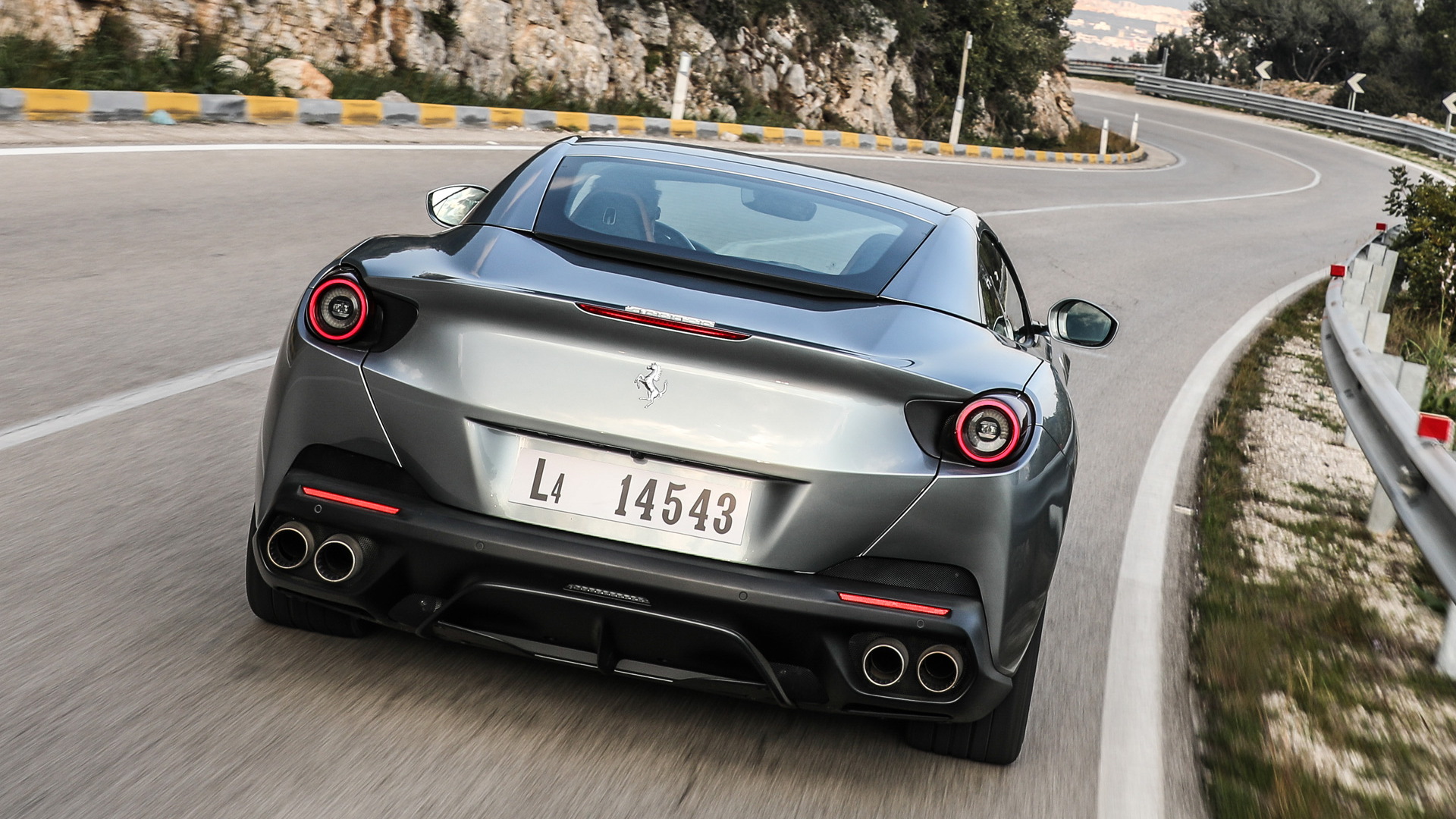 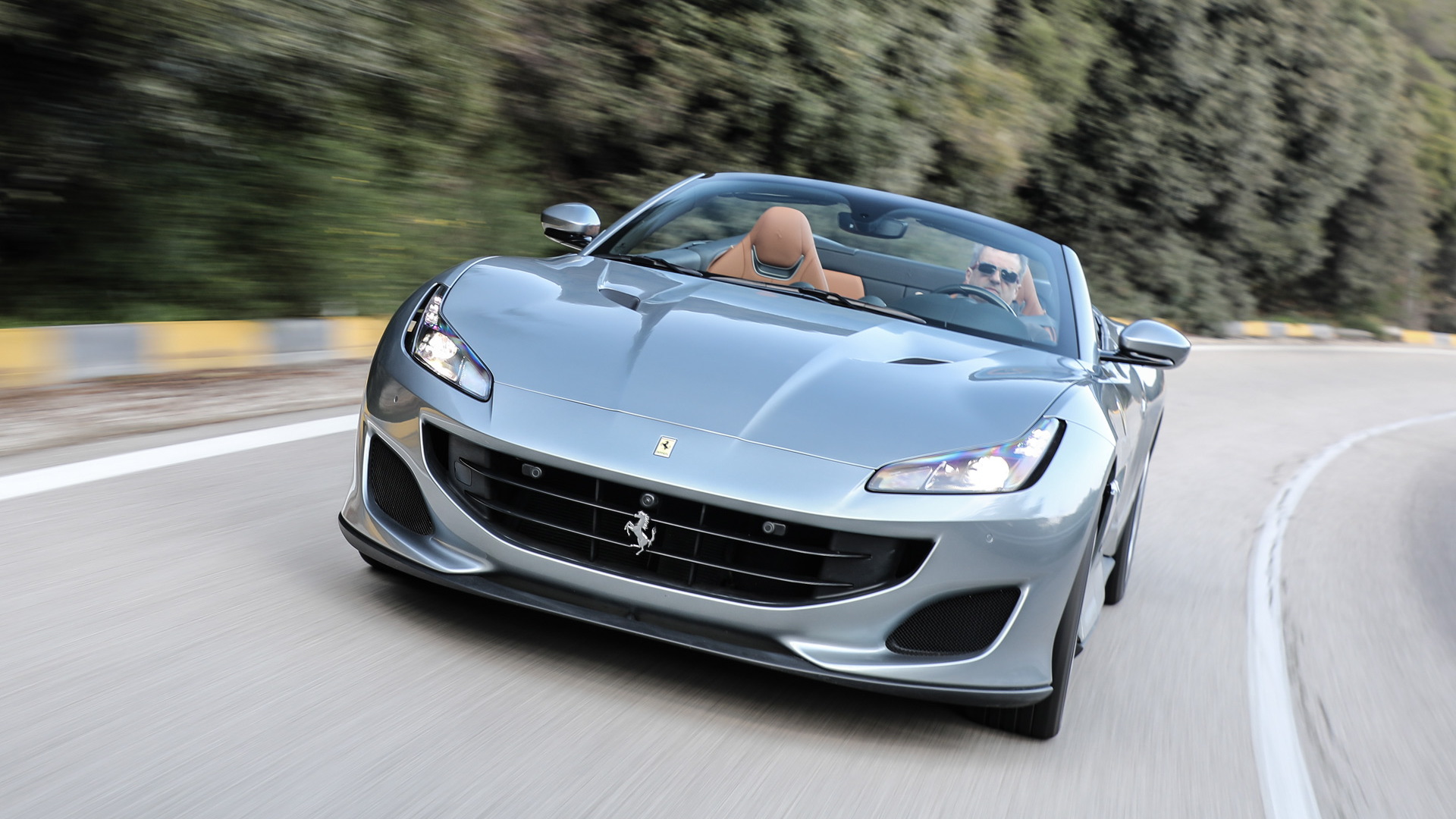 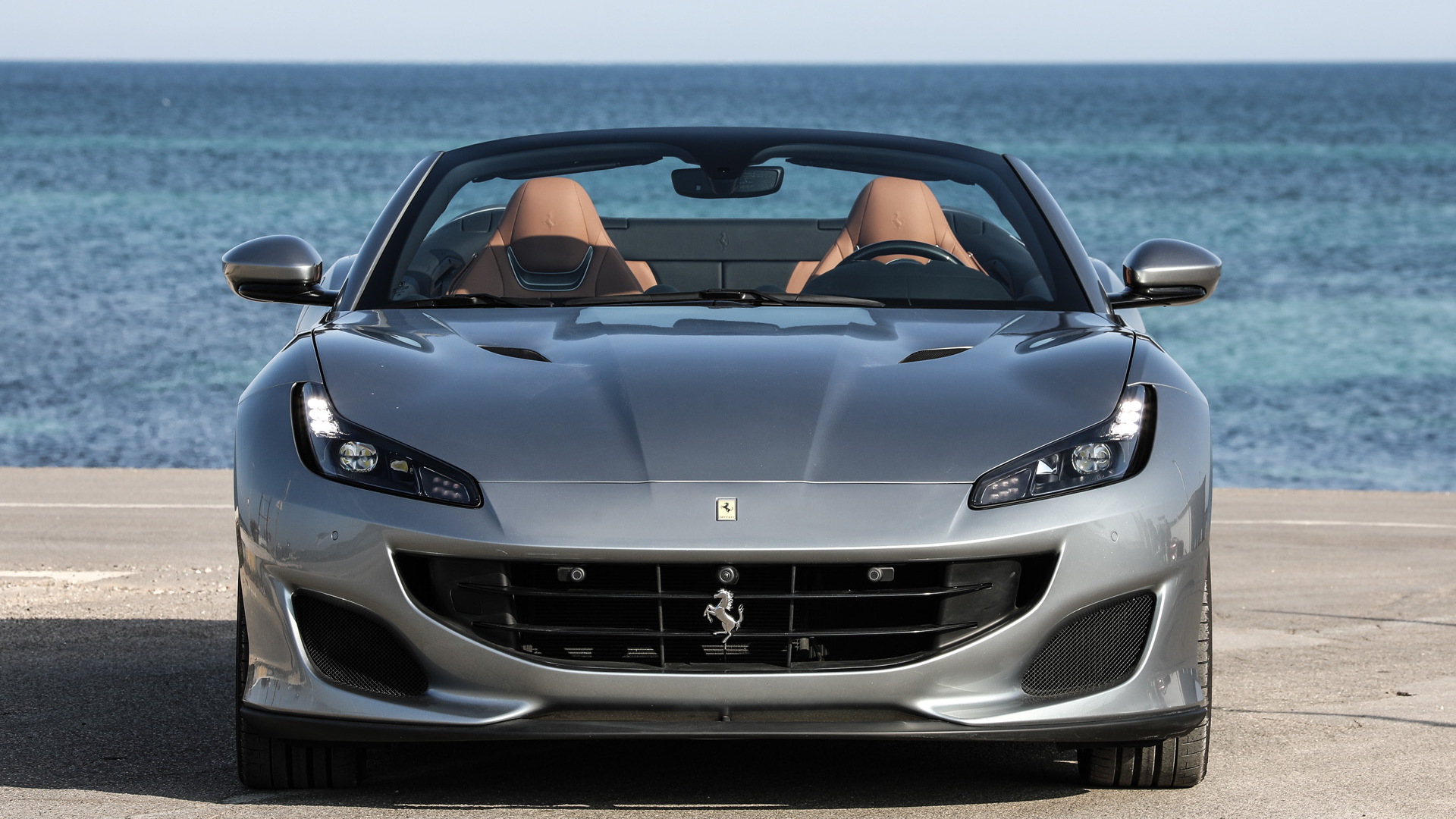 Ferrari introduced the California in 2008 as a more accessible, more versatile offering, but the car was criticized for being heavy, underpowered and generally lacking focus, none of which should be a descriptor for a Prancing Horse. Rumor has it the car was originally meant to be a Maserati.

Ferrari rectified the issue in 2014 with the addition of a turbocharged engine as part of a major update and name change to California T. This gave the car the performance it needed but the thing was still too heavy, which in turn hampered the handling and dynamics. We're talking a dry weight of more than 3,500 pounds.

The new Portofino on sale this summer represents a second major update for Ferrari's entry-level offering. This time, the focus was on the chassis and body, which thanks to new construction methods has seen overall weight reduced by 176 pounds and rigidity increased by 35 percent.

Like the California and California T, the Portofino is also a convertible with a retractable hardtop, and it is a GT at its core. This time, though, you won't be disappointed at the track, not only because of the new chassis but also increased power. Sitting up front is an enhanced version of the 3.9-liter twin-turbocharged V-8 in the California T, which thanks to new internals, a new intake and a few other tweaks sees output rise 40 horsepower to a new total of 592. With the extra power, a sprint from 0-62 mph happens in 3.5 seconds. 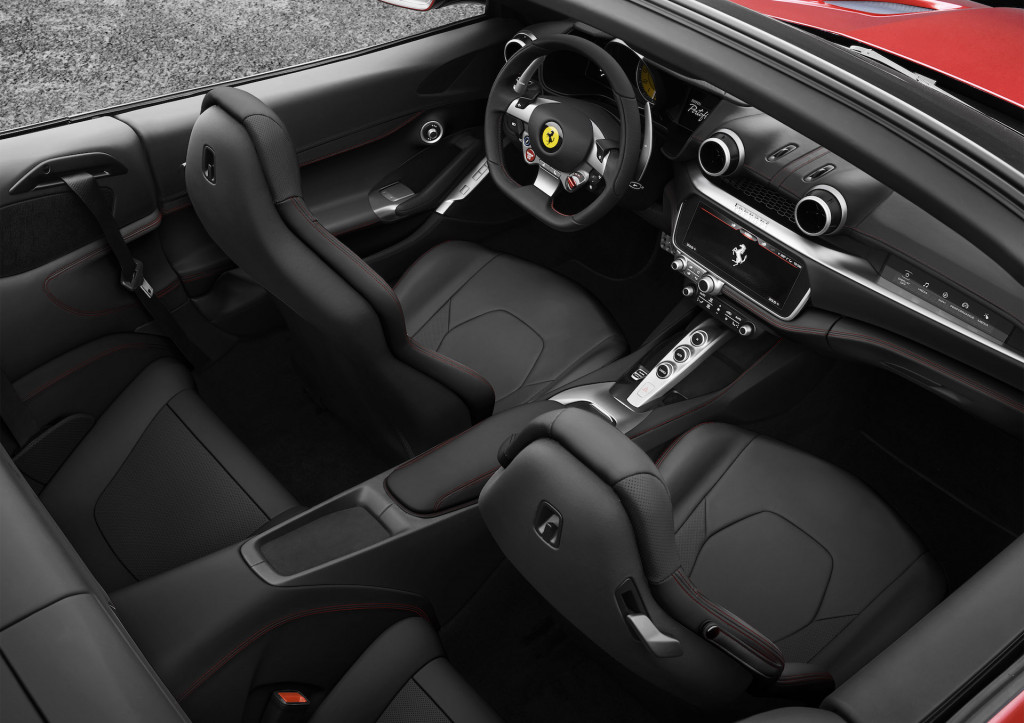 Drive is to the rear wheels via a seven-speed dual-clutch transmission, and to ensure smooth power delivery there's a system that adjusts torque delivery to suit the selected gear.

Purists may be upset to learn that the Portofino has moved to electric power steering, but Ferrari promises it's for the better. The steering ratio has been reduced by 7 percent with the electric setup, which makes for sharper handling, and the electronic differential at the rear has been integrated with the traction and stability control system, which Ferrari says improves both mechanical grip and control at the limit.

Of course, this is still a GT, not a hardcore sports car. For example, there's 2+2 seating and comfort is amplified with 18-way electrically adjustable seats that provide greater leg room over the California T, plus a new wind deflector that reduces airflow by 30 percent in the cabin. Additionally, the car is also technologically up to date with a 10.2-inch touchscreen display for the infotainment.

The Portofino is on sale now priced from about $211,000. In this price range, there aren't too many direct competitors as most alternatives can be had for significantly less, though they don't come with the allure of the Ferrari badge. Potential buyers may want to also consider the Aston Martin Vantage, Audi R8 V10 Plus, Jaguar F-Type SVR, McLaren 570S Spider, Mercedes-AMG GT C Roadster, and Porsche 911 Turbo Cabriolet.