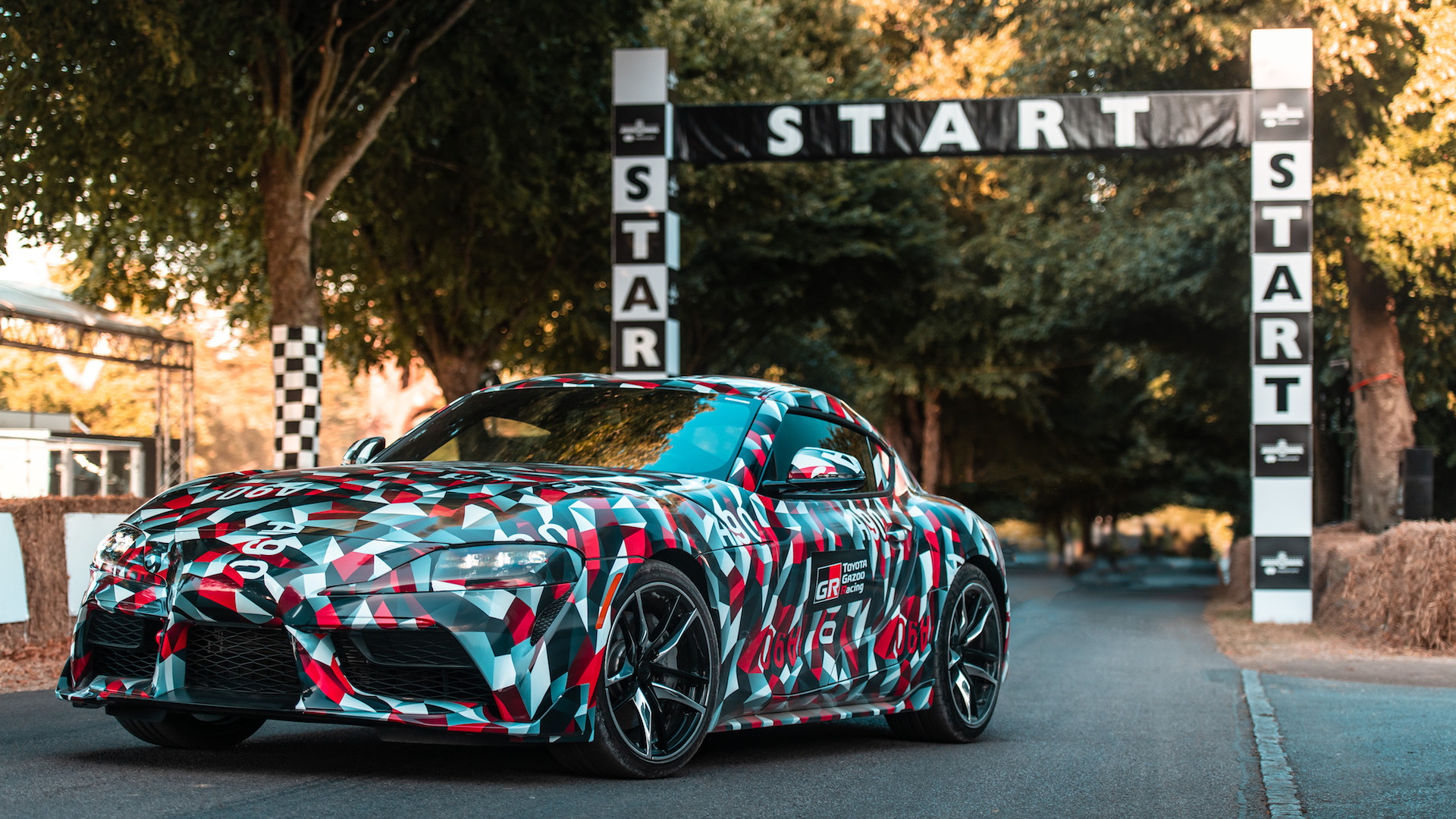 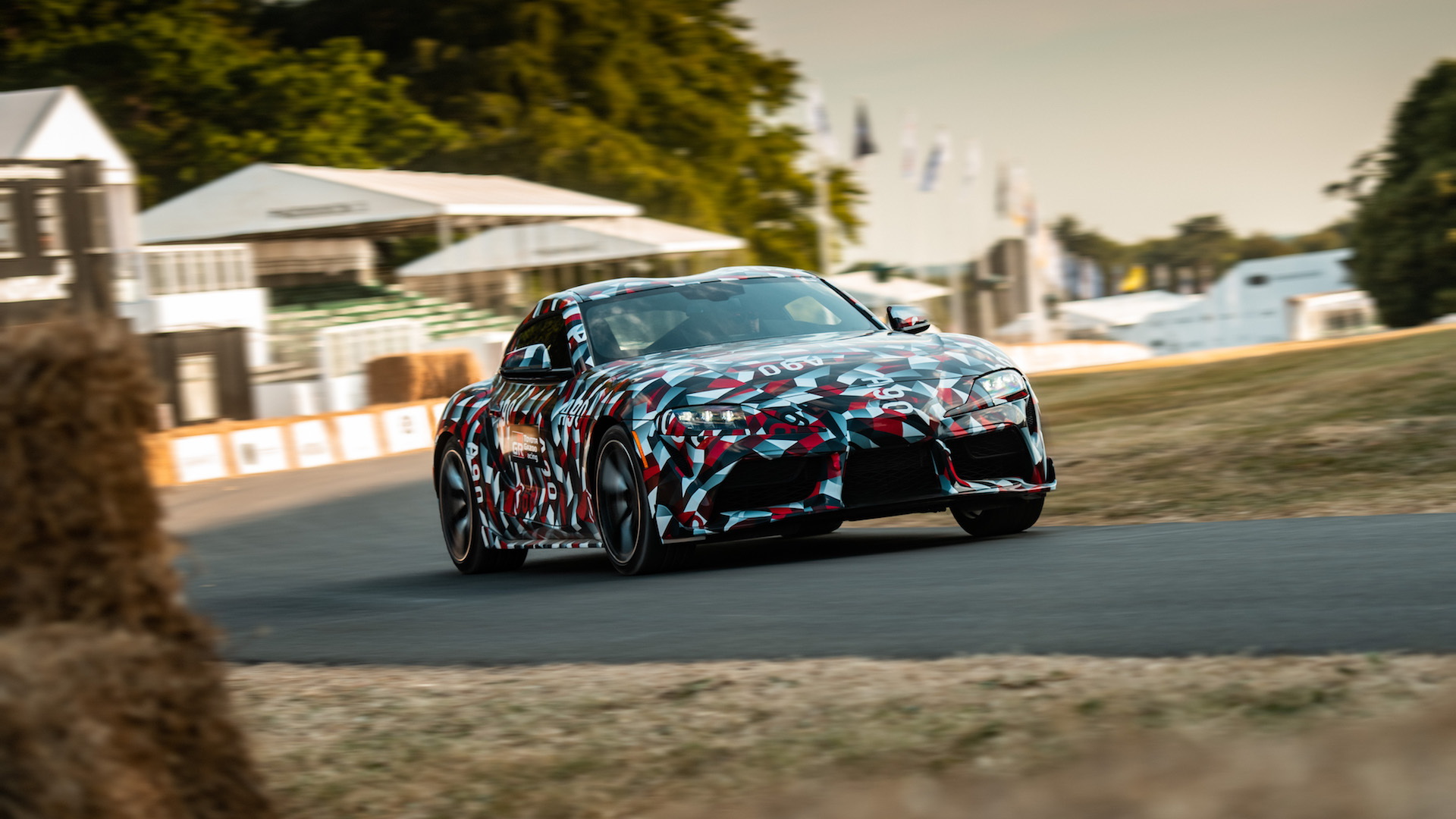 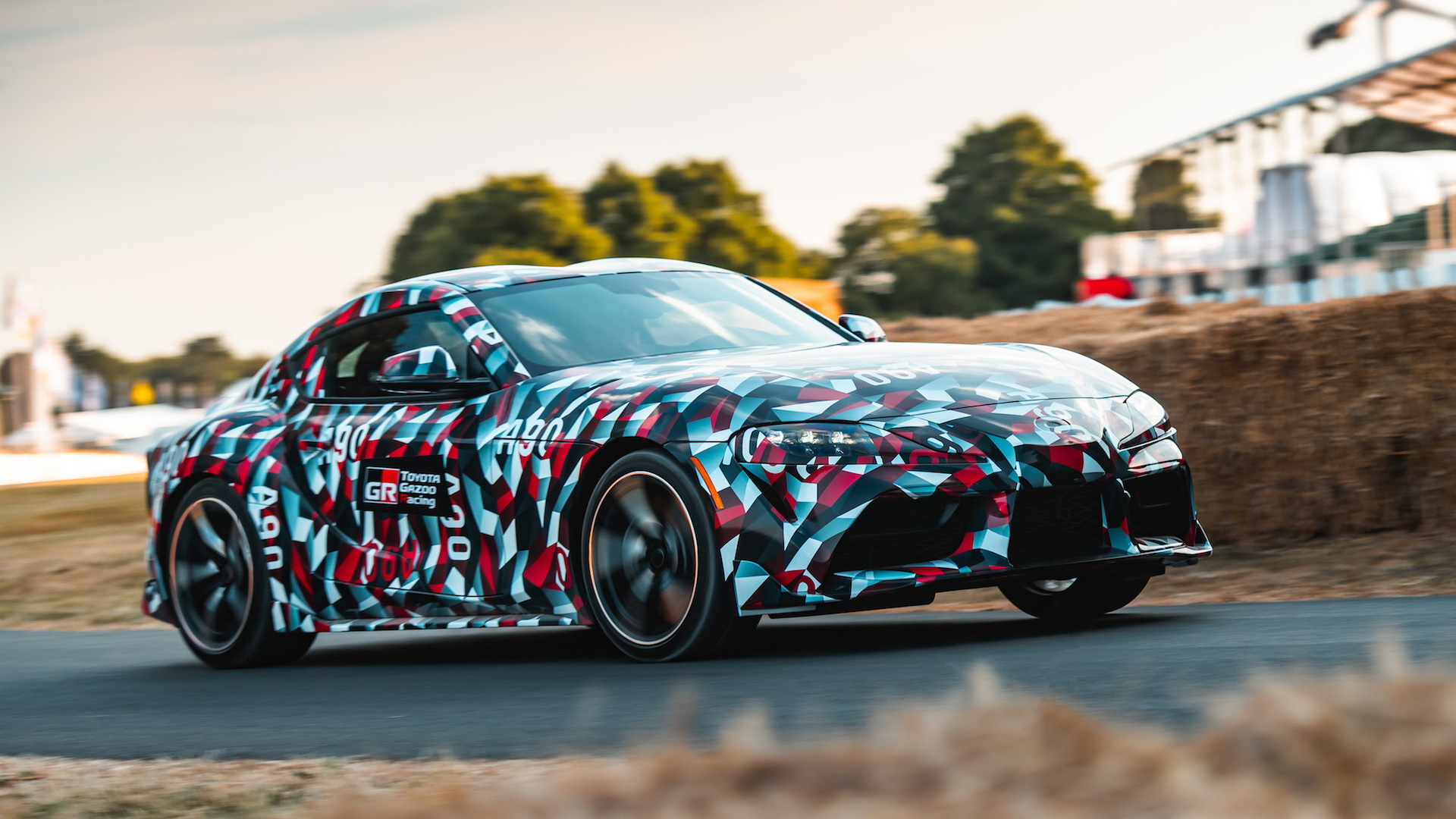 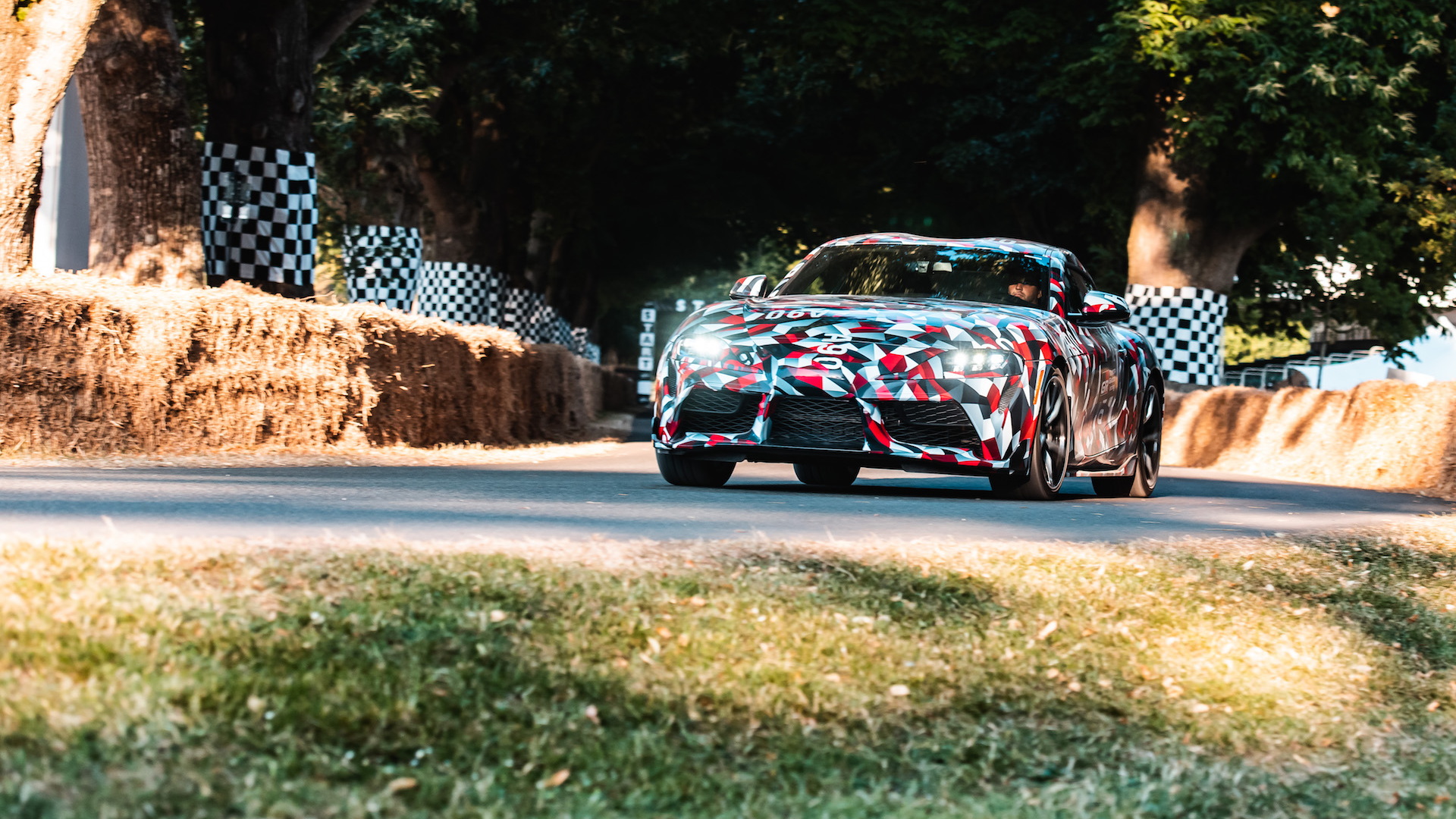 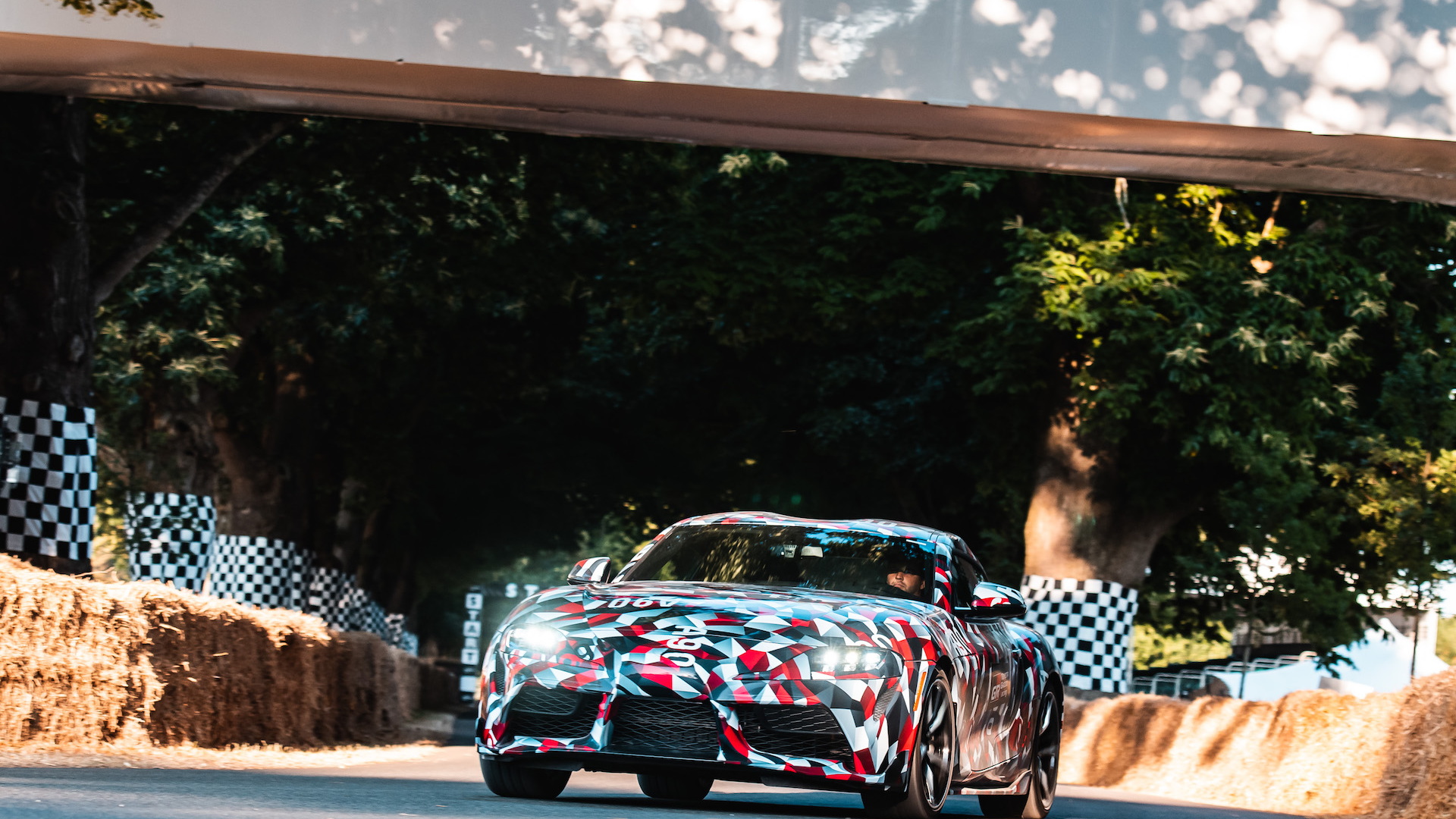 Toyota said it was coming, and we finally witnessed the next-generation Supra make its debut. Sort of.

The 2020 Toyota Supra made its "dynamic debut" at the Goodwood Festival of Speed on Thursday as chief engineer Tetsuya Tada and master driver Herwig Daenens sprinted the sports car up the famed hill climb. By "dynamic," Toyota means what we see here is indeed the production car, but it's still cloaked in camouflage.

The red, white, and black camo comes from Toyota Gazoo Racing, and they're the same colors the make's 24 Hour of Le Mans-winning TS050 Hybrid LMP1 racer sports. While it looks cool, it also does an excellent job of skewing the production car's final design. It's unclear when the Supra will make its true debut, but Toyota confirmed the car will launch in the first half of 2019.  A debut at the 2018 Los Angeles auto show or 2019 Detroit auto show is likely.

Toyota further confirmed the next-generation A90 Supra will stay true to its predecessors with an inline-6 engine and rear-wheel-drive layout. Look for a BMW-sourced 3.0-liter turbocharged inline-6 to power the standard Supra, while a hybrid variant is also likely with more power. A manual transmission option is still up in the air.

The automaker has also been keen to distinguish the Supra from its developmental cousin, the BMW Z4. Chief engineer Tada previously said the two cars will offer completely different driving experiences. Even common hardware will have different calibrations. Toyota also sought out feedback from Supra fans and owners when developing the car.

For now, we'll have to keep patient as Toyota drags out the long-awaited return of the Supra.